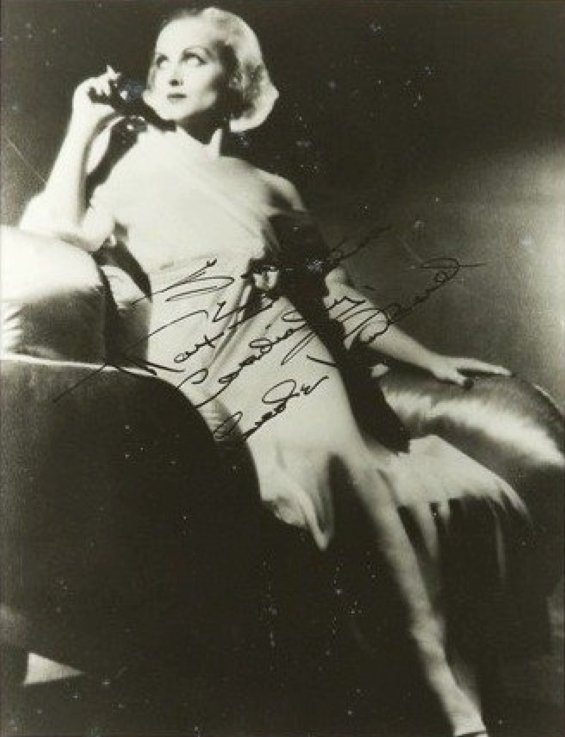 Many movie stars of the 1930s relied on cosmetics legend Max Factor to look their best professionally and personally, and Carole Lombard was among them. That's why she gave him this autographed photo, signed "For Max Factor Cordially, Carole Lombard."

In return, Factor used the stars to boost his growing retail cosmetics business. We've seen many Lombard endorsements for his products in the 6 1/2 years of this site's existence, but this one may knock you for a loop. The seller on eBay refers to it as "absolutely fabulous," and I'm certain Edina and Patsy would wholeheartedly agree. Take a look: 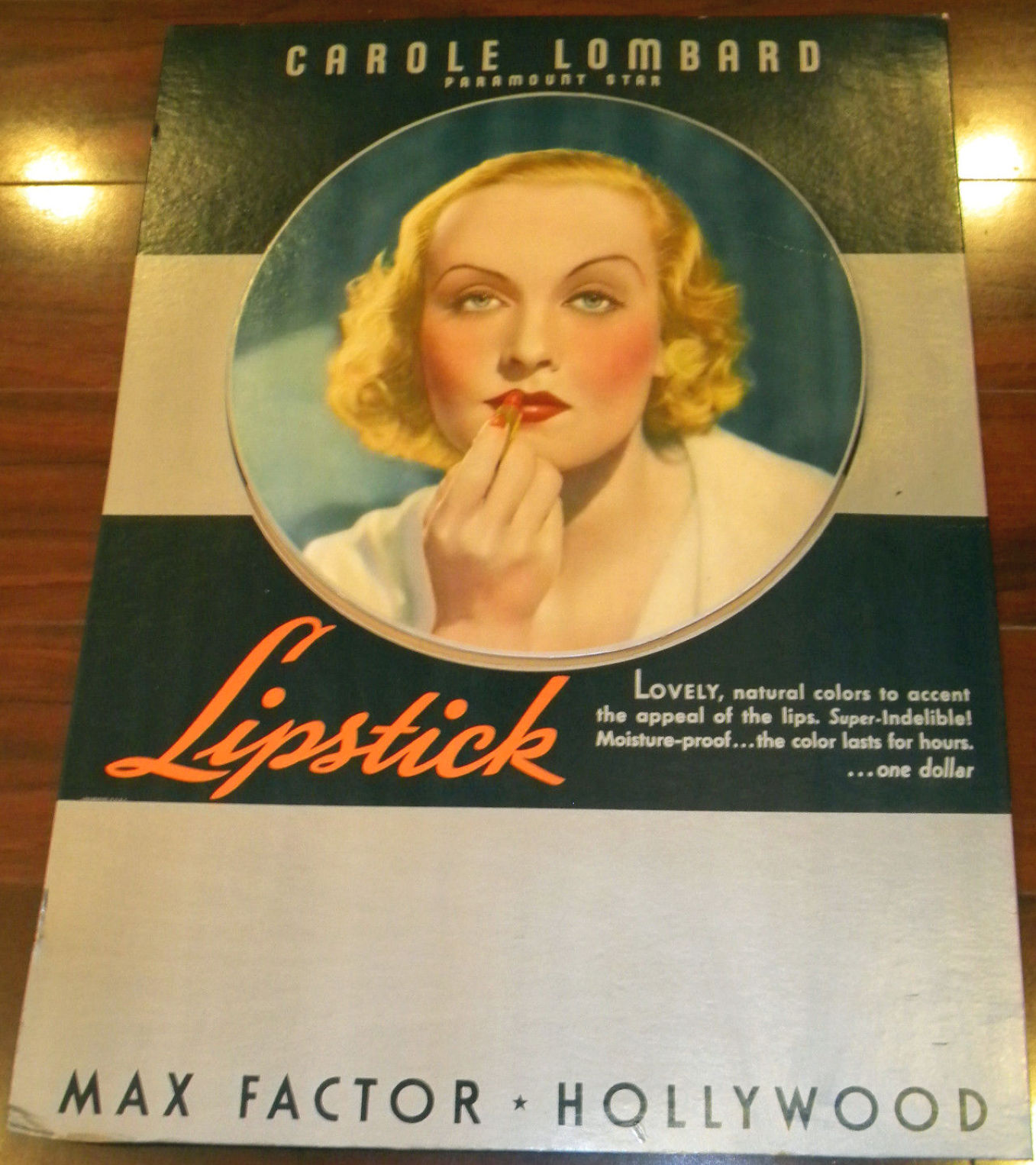 Wow, wow and wow. But just wait until you learn more of the particulars...

* This measures an incredible 19" x 25.75" -- meaning it almost certainly was prominently displayed in cosmetics shops and department stores of the day. (And judging from Carole's appearance and the reference to her as a "Paramount star," that day was probably sometime in the mid-thirties.)

* That image of Lombard applying lipstick is designed to resemble a mirror, so it pops out a bit from the display, sort of a three-dimensional effect: 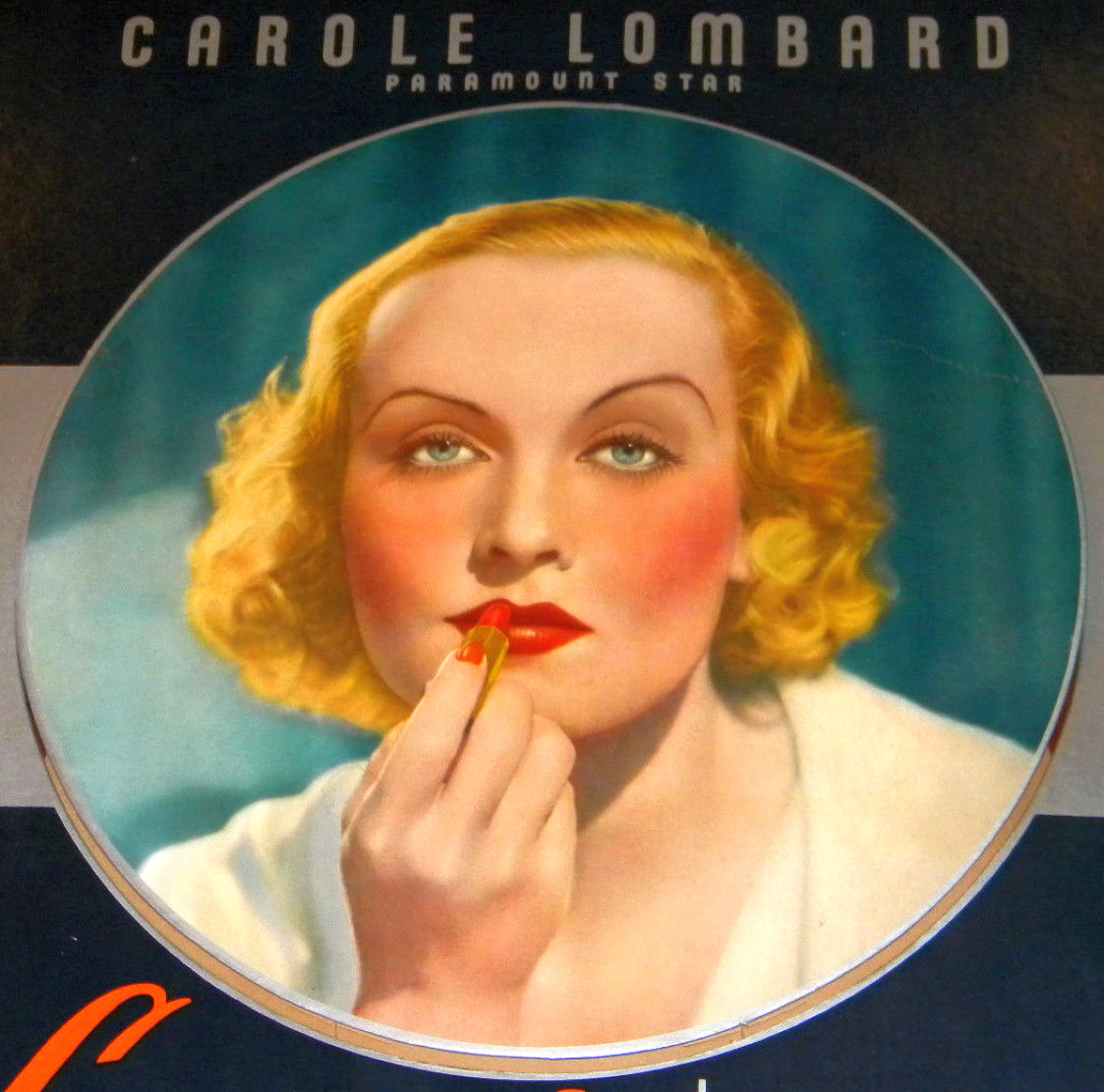 And I'm guessing the white space near the bottom of the sign was similar to listing dates and theater for an upcoming movie, allowing retailers to mark specific information, if so desired. Whomever possessed this one didn't exercise that option: 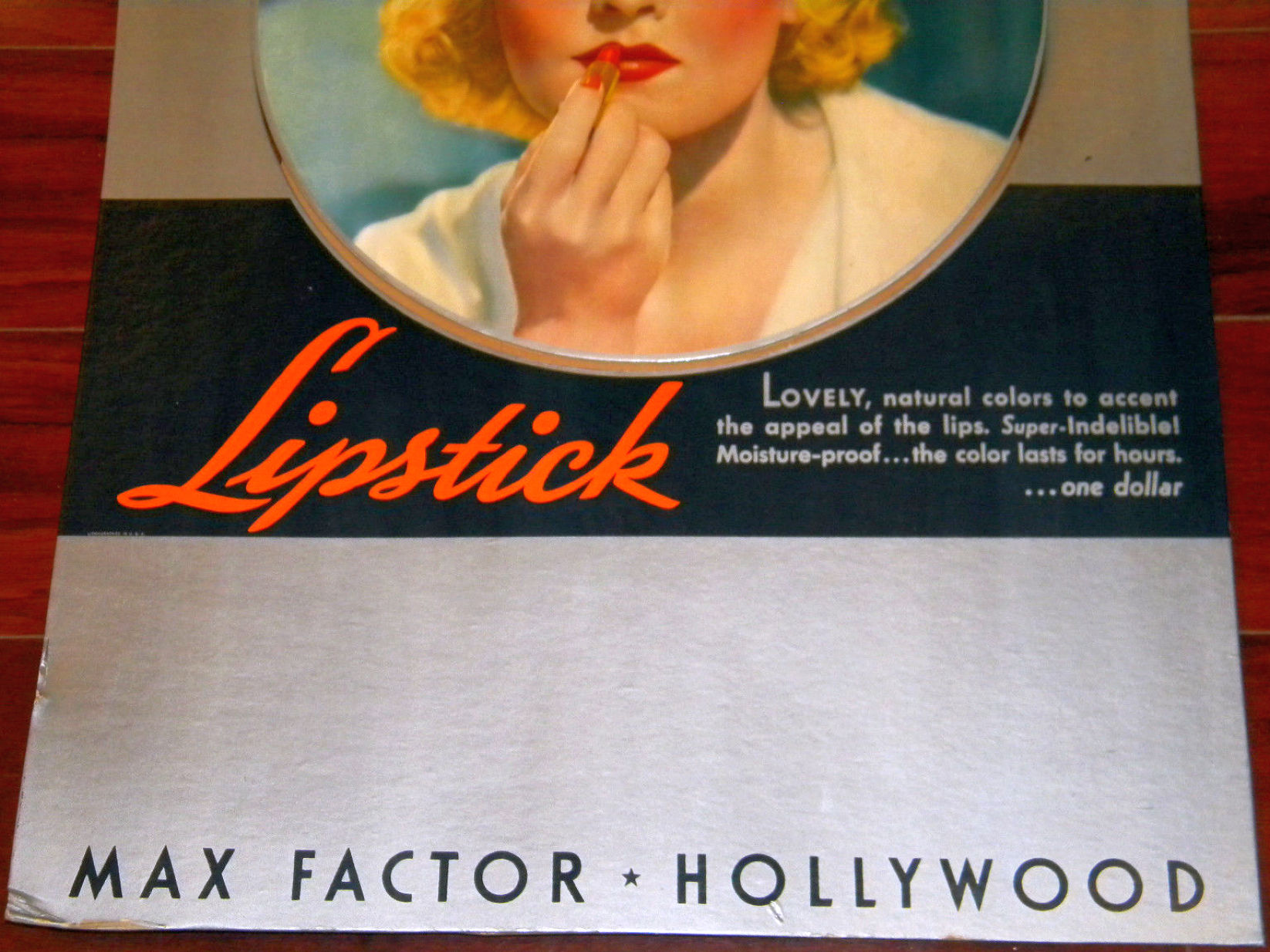 * The seller lists it in "Terrific condition. Vibrant. Has original unused easel on back. Some corner/edge wear." Considering it's close to 80 years old, the condition indeed is superb.

Today's subject matter made me think of Elvis Costello's "Lipstick Vogue," from his second album, "This Year's Model." Here he is, with his ace band the Attractions, as powerfully performed in Cologne, West Germany (reunification still was more than a decade away) in the spring of 1978.