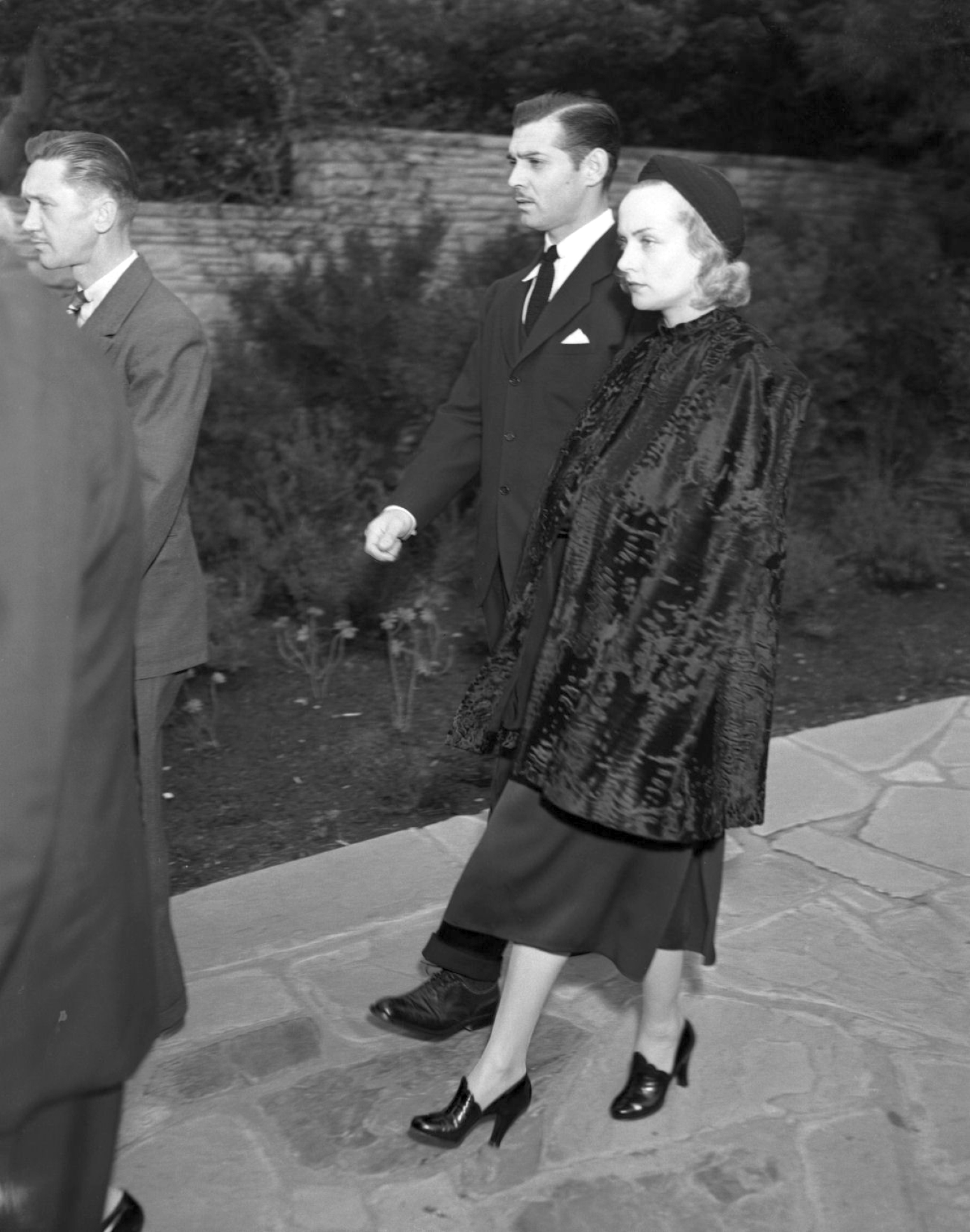 I've just returned from my mother's funeral, which was held today; she died a week ago at age 93. She had a full, substantial life as a wife, mother to three children, employee in a variety of jobs and inspiration to others. The other day, I saw this quote from Clark Gable at the DearMrGable.com Facebook site (https://www.facebook.com/DearMrGablecom), and thought it appropriate for today's entry:

"Death is something none of us can avoid. I suppose it's pointless to worry about it, just live your life how you want and hope somebody remembers you fondly."

I have no idea when he said that. It's possible it came following the unexpected death of Jean Harlow, someone he cared for as a sister. (Gable and Carole Lombard are shown above at Harlow's funeral in June 1937.) It's more likely he said it following his service in World War II -- not only in reaction to Lombard's death which led him to enlist, but regarding all his military comrades who didn't come back from the war, or others who similarly grieved over the loss of their loved ones.

However, whenever Gable said it doesn't really matter. What's important is the thought...live a life that makes someone remember you fondly. Clark and Carole did that for plenty of people, and while my mother was hardly a celebrity, many remember her fondly, too. And I'm comforted to know that she is reunited in spirit with my father -- who also is fondly remembered -- after more than three decades of being apart.
Collapse