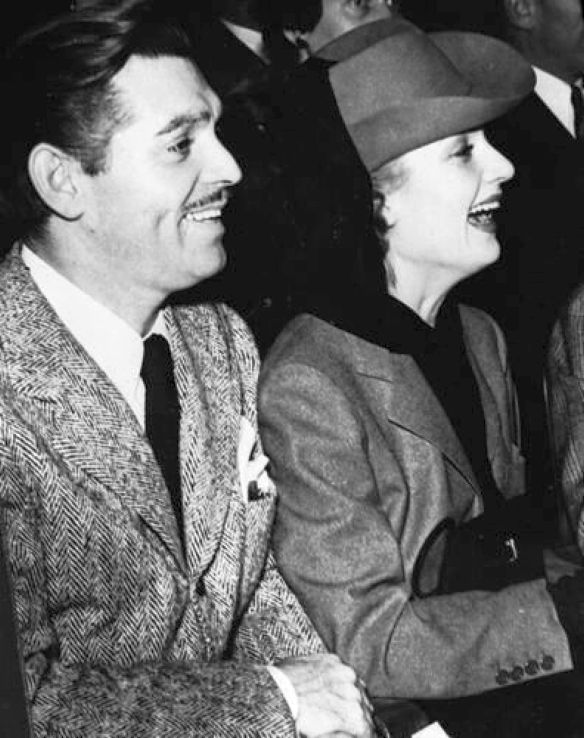 An eBay seller has 38 photos of Carole Lombard -- almost all of them with Clark Gable -- available at the time of this writing. None are originals, but all are 8" x 10" and printed on professional photographic paper. Most of them, including the five we are profiling, can be bought outright for $19.99, or you can make a bid beginning at $14.99.

The photo at the top shows Clark and Carole at the races; I don't know what track it is, but perhaps it's Hollywood Park in Inglewood, closing this month after 75 years. Here's another one of the couple: 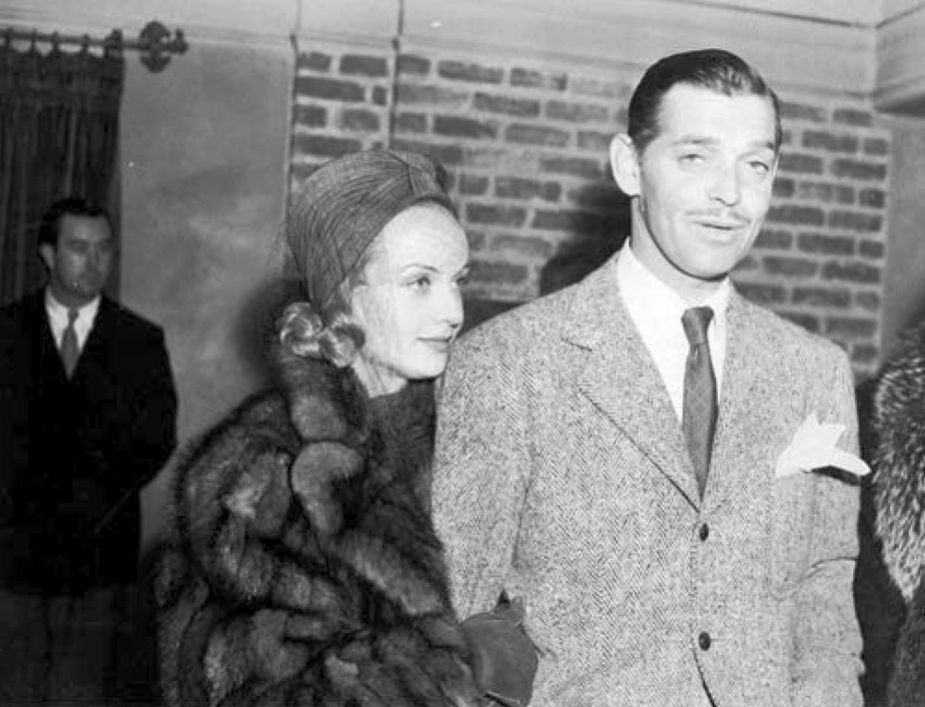 Decidedly more somber is this image of Gable and Lombard at friend Jean Harlow's funeral in June 1937: 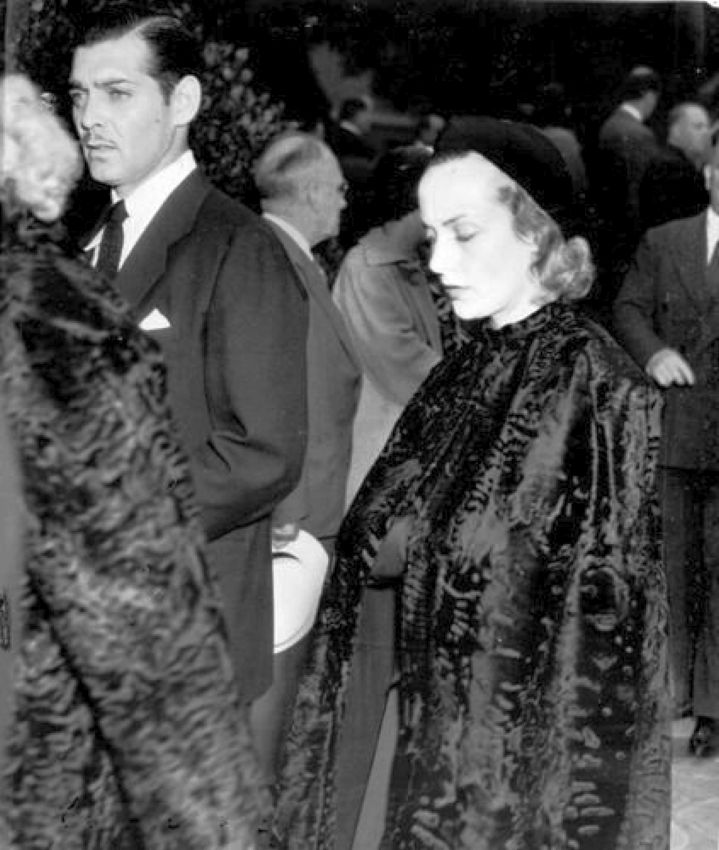 Gathered around an ashtray are Gable, Lombard and David O. Selznick, who produced Clark's "Gone With The Wind" and Carole's "Nothing Sacred" and "Made For Each Other": 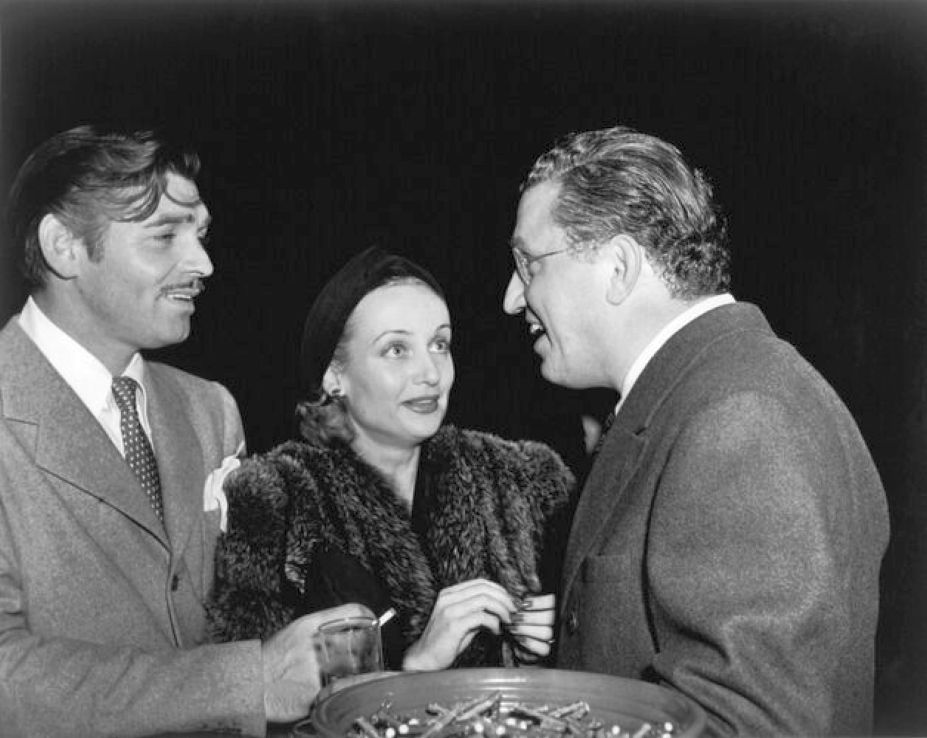 Finally, here's Lombard with Fred MacMurray, both in swimwear at Lake Arrowhead, relaxing between takes during the making of "True Confession": 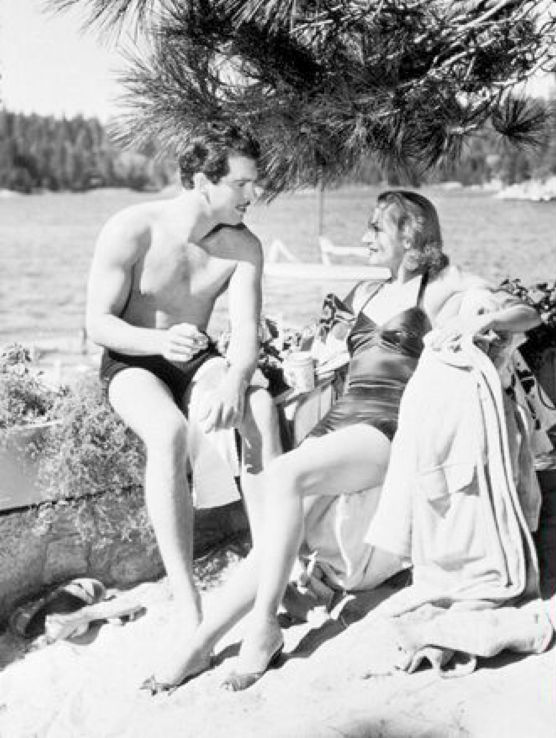 Finally, it's been a difficult December for fans of classic Hollywood, as we've lost a number of important film personalities in recent days. First, there was the passing of Eleanor Parker; on Saturday, we learned of the death of '40s star Audrey Totter; and Sunday, we found out two other greats were no longer with us -- Peter O'Toole (who actually died Saturday) and Joan Fontaine. Alas, that "TCM Remembers" tribute that began airing this week will have to be updated.

Less than two months ago, my friend Lara Gabrielle Fowler at the classic film blog "Backlots" saluted Fontaine's 96th birthday by doing a Q & A with her -- probably the last interview of sorts she ever gave. You can read her responses to these nine questions at http://backlots.net/2013/10/22/a-qa-with-joan-fontaine-in-honor-of-her-96th-birthday/. And Joan, you will be missed. 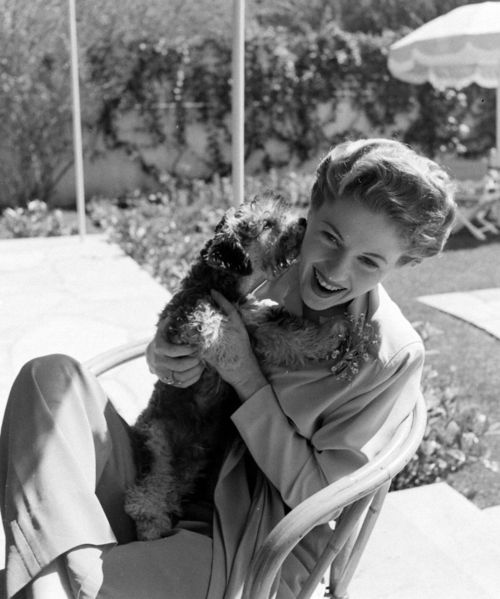