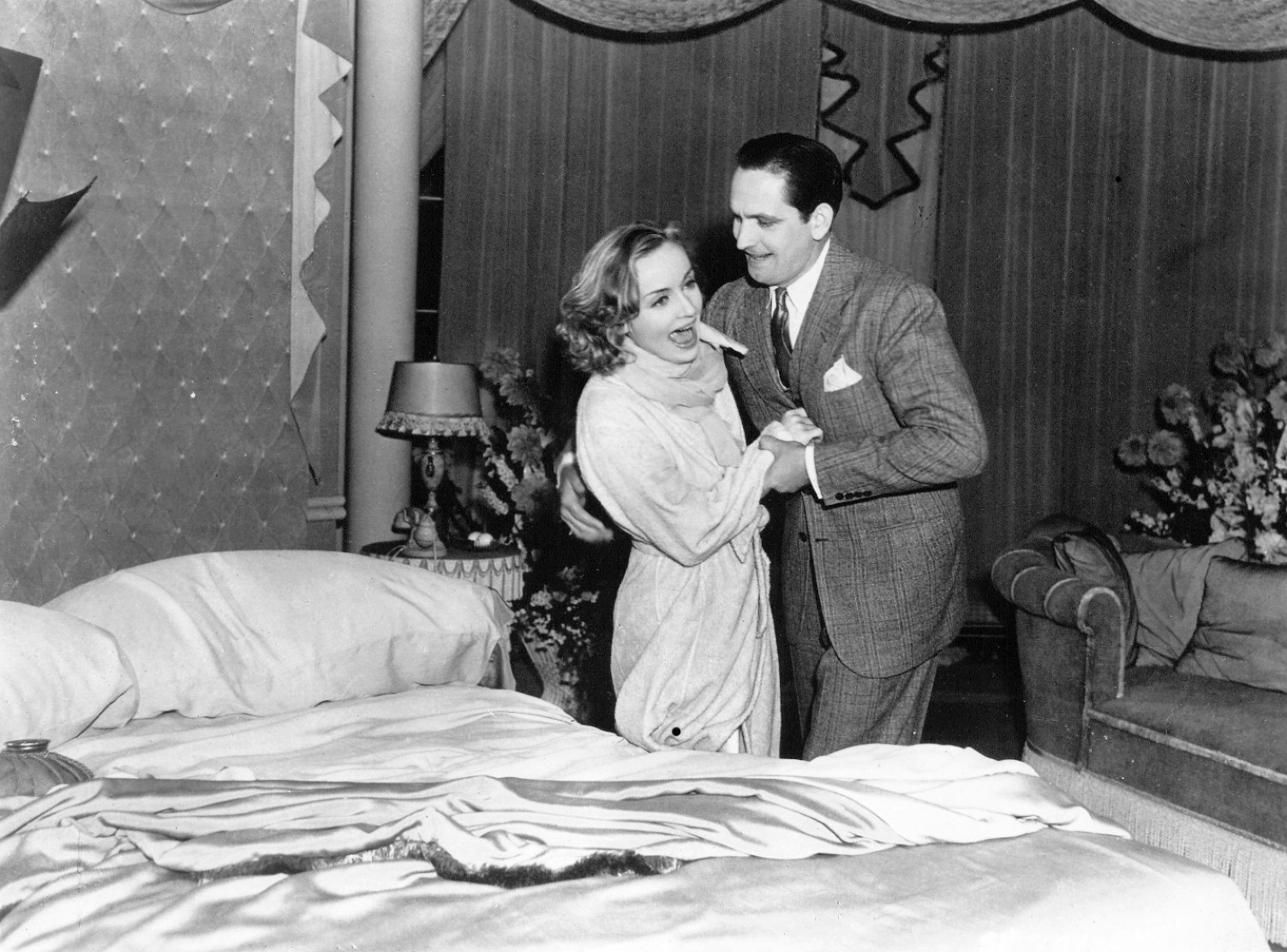 "Nothing Sacred" is as physical a screwball comedy as Carole Lombard ever made...and that element pitting her against co-star Fredric March is highlighted in two posters from that production now on sale at eBay. First, this "fight card" poster: 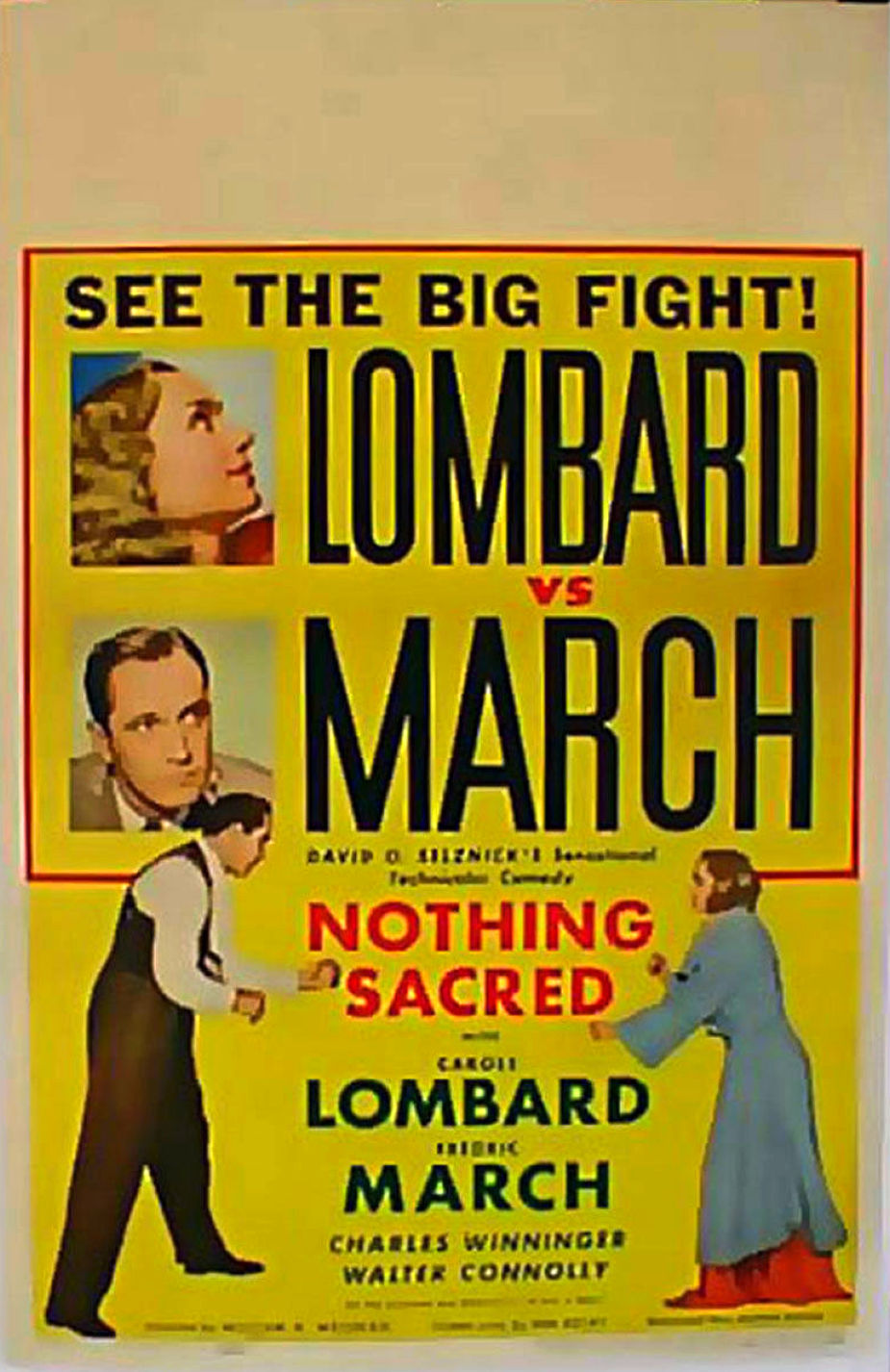 The poster measures 14" x 22" (the top portion is blank so exhibitors could write the name of the theater and the dates it would run) and appears in good condition. This almost certainly is from the original Selznick International release, as I don't believe the fight angle was used to promote the Film Classics reissue (following Lombard's death).

The other "Nothing Sacred" poster is in Spanish, under the title "La Reina De Nueva York" ("The Queen Of New York"): 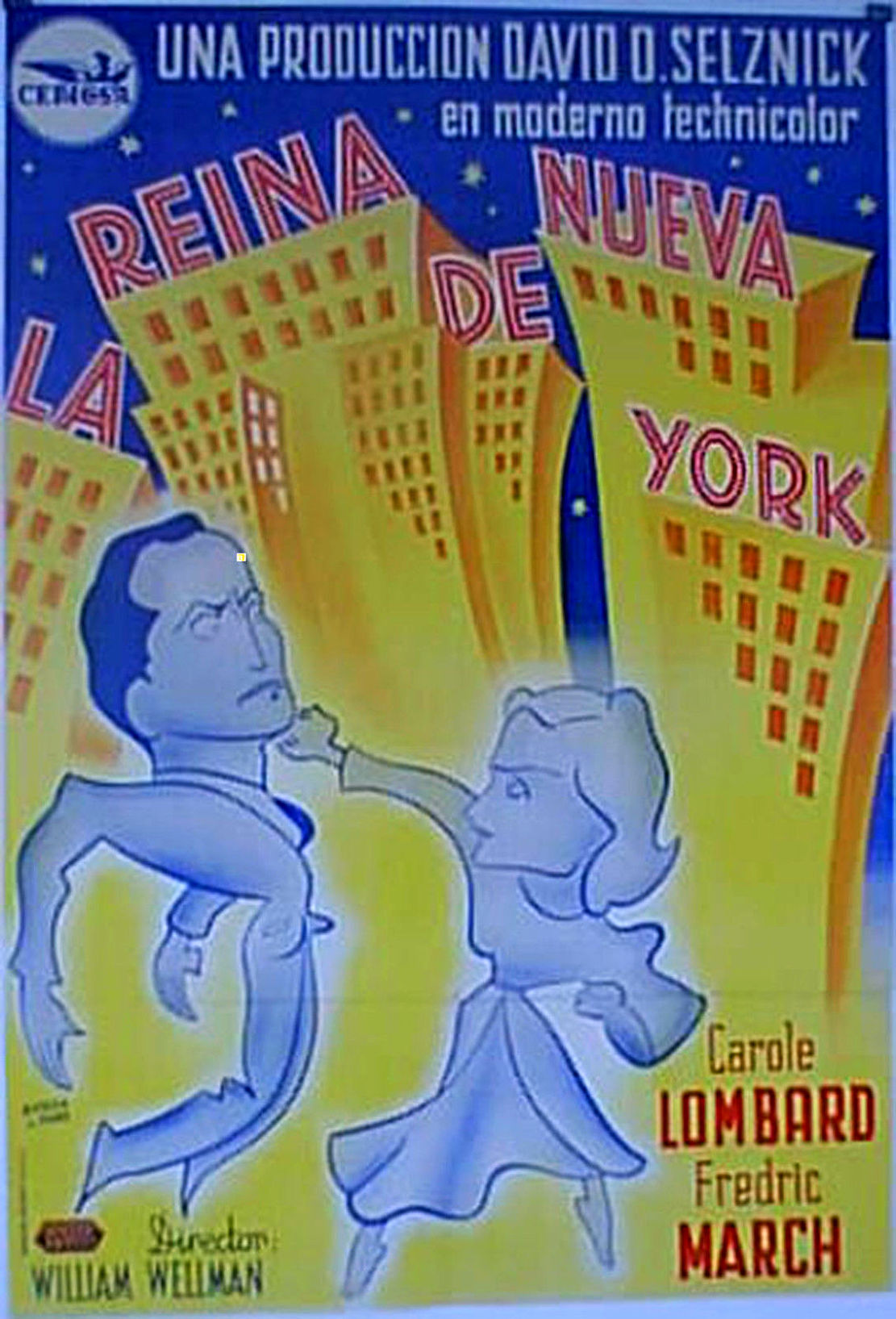 The poster is a whopping 27" x 41", and notes that this comedy is in "moderno technicolor" (which I take to mean three-strip Technicolor, still a fairly new concept to filmgoers in 1937). It's in fine condition, too.

One more bit of news: If you're in southern California, you have another chance to not only purchase the splendid new book "George Hurrell's Hollywood," but have it autographed by its author, Mark Alan Vieira. It will be from 2 to 4 p.m. at Essentia Mattress, 2430 Main Street in Santa Monica. 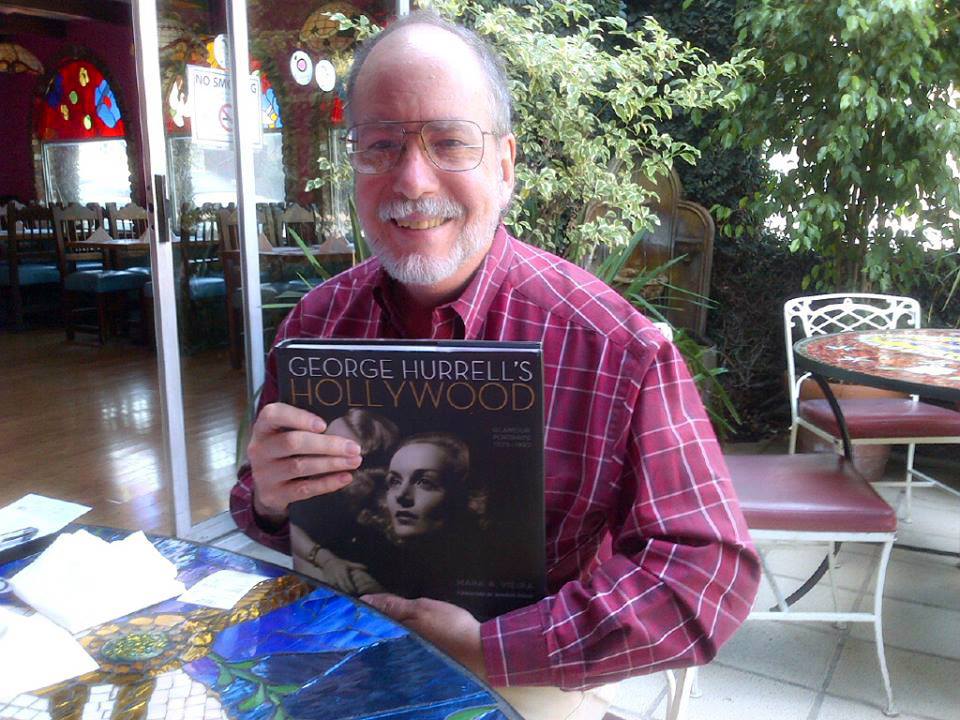