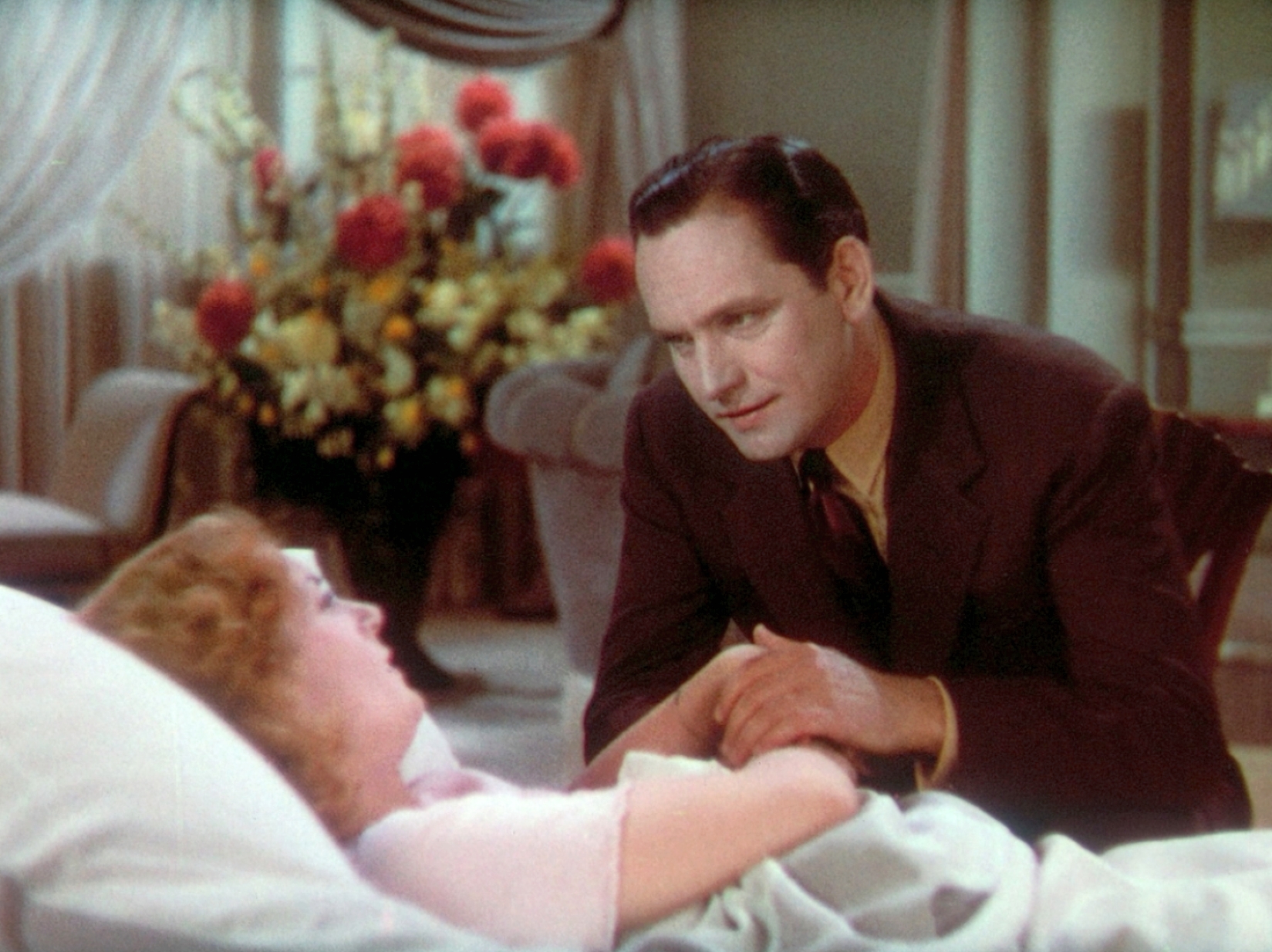 As leaves fell to the ground in autumn 1937, Carole Lombard would soon hit screens -- in Technicolor -- pretending to be ill in "Nothing Sacred," at a time when her career was at her healthiest, and when a new film magazine hit the newsstands, called... 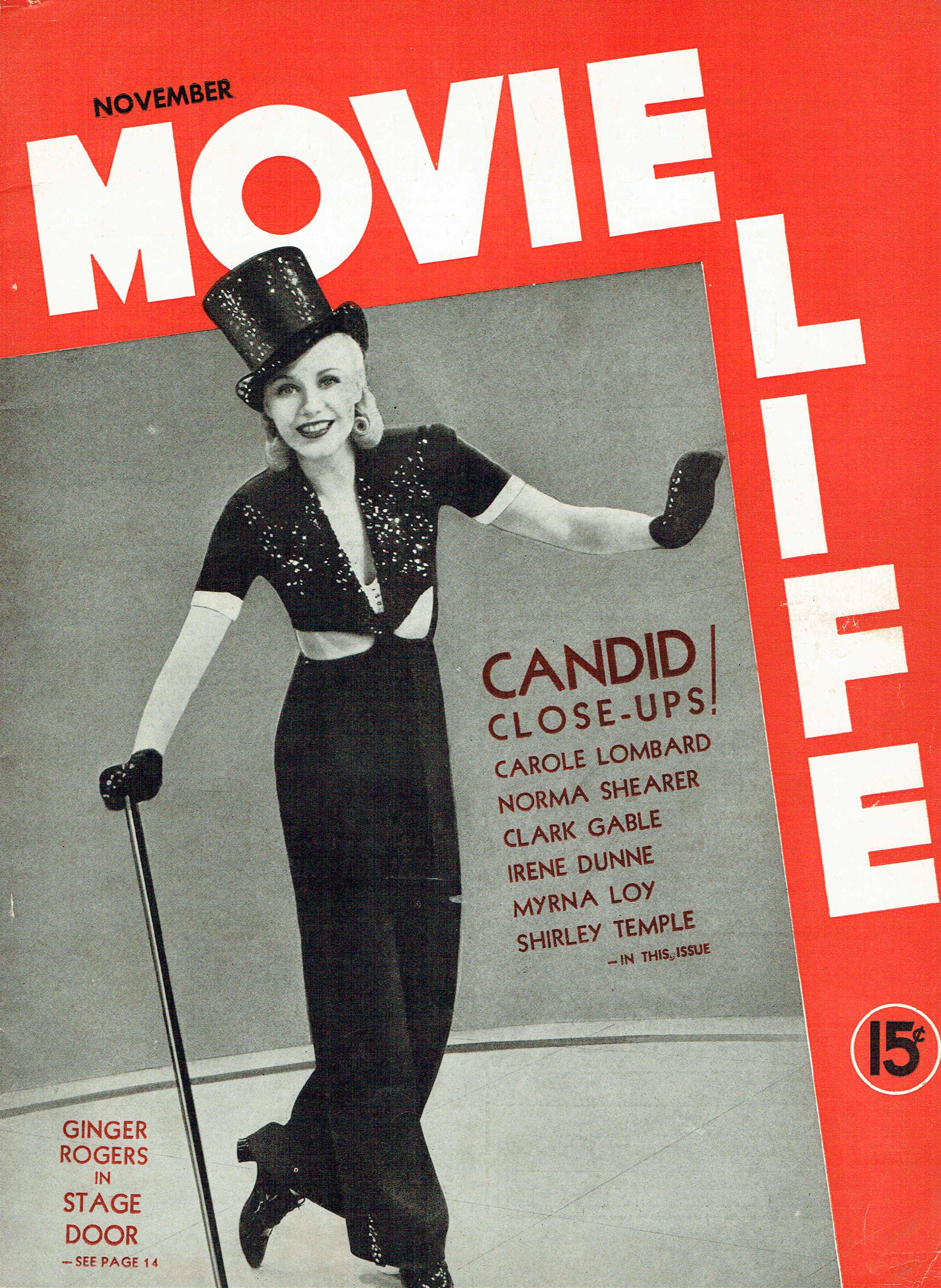 ...Movie Life (that's Ginger Rogers on the cover of its initial issue, from November 1937). It was published by New York-based Ultem Publications, whose stable also included Modern Movies. 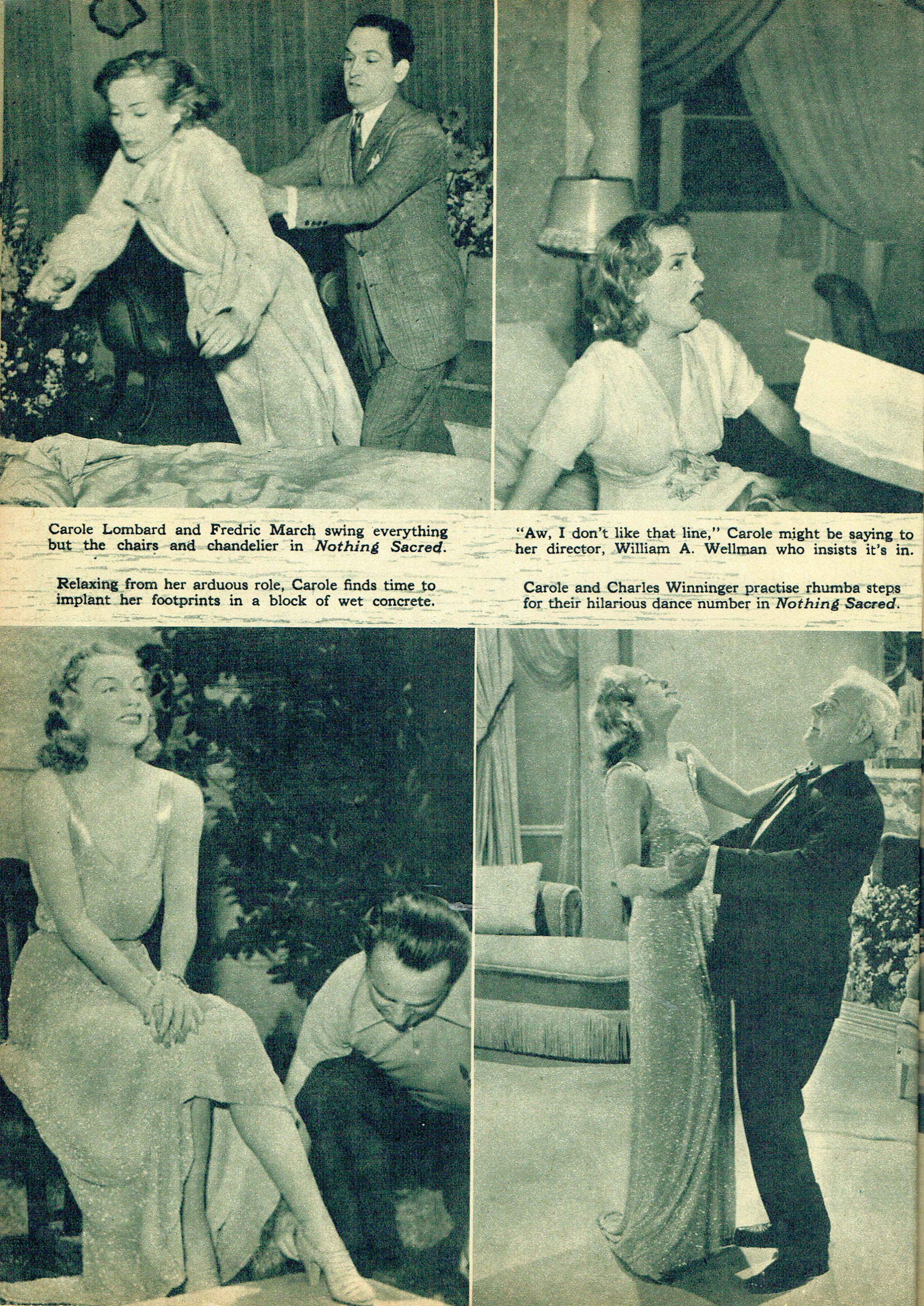 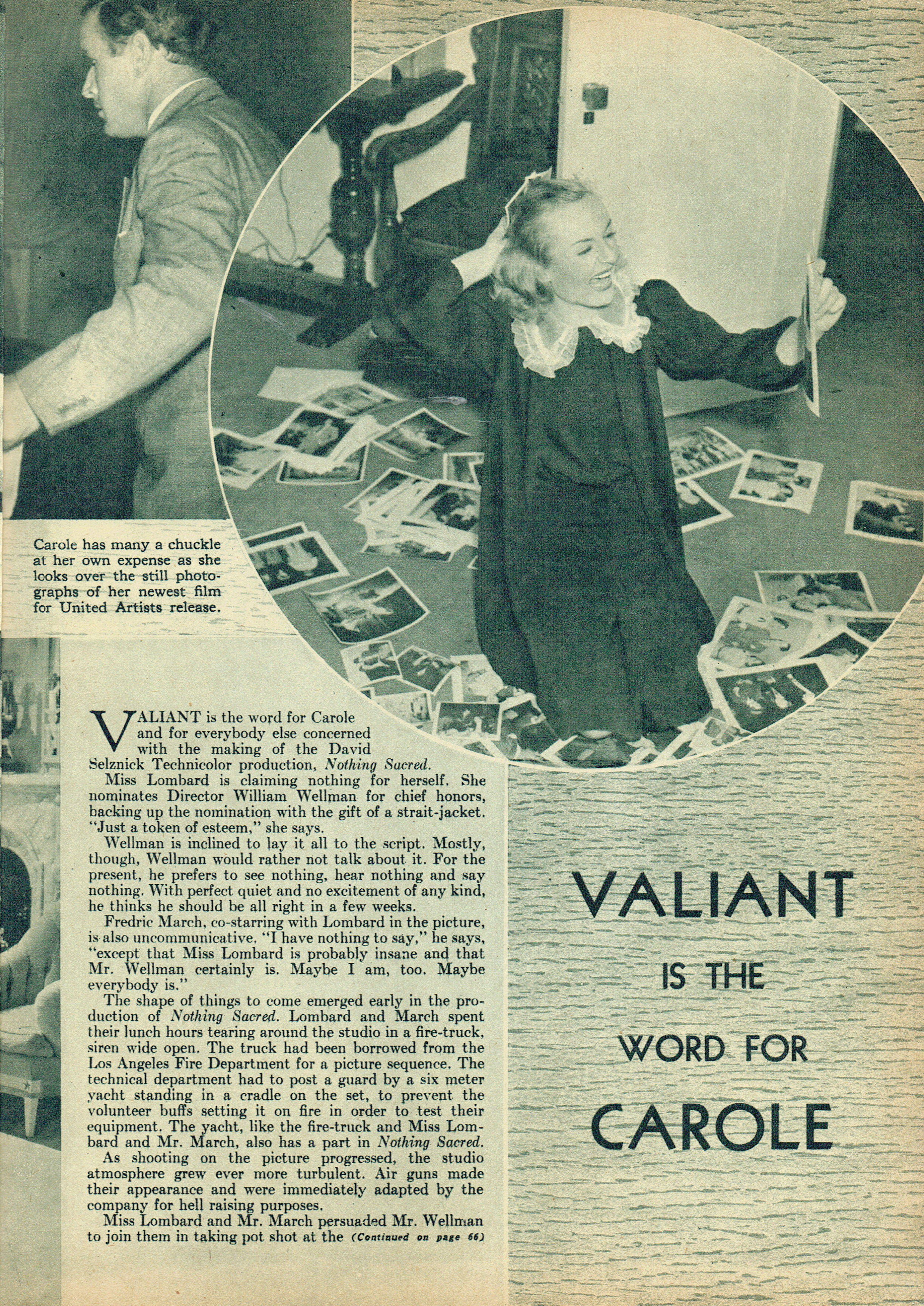 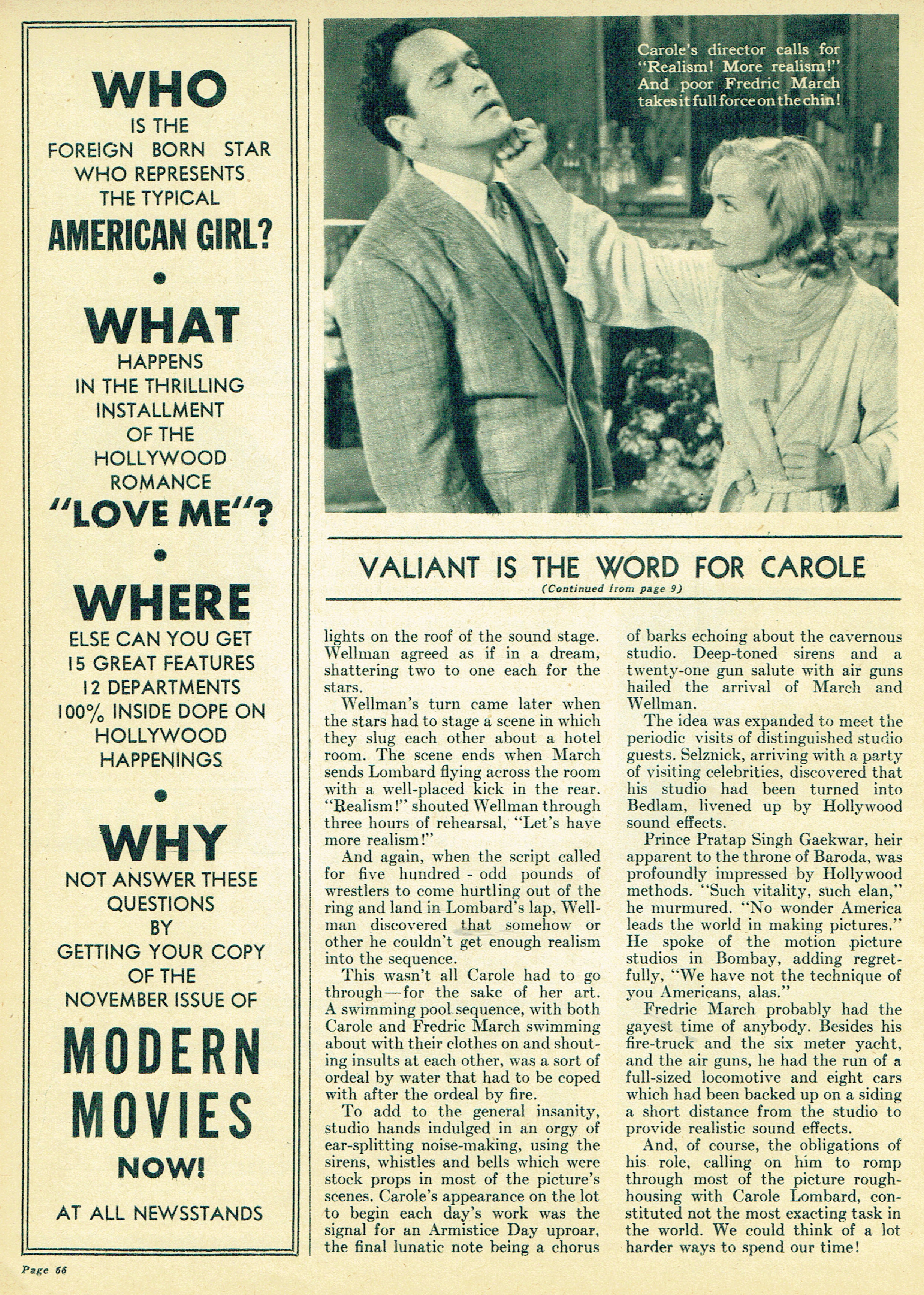 Other people in Lombard's life made the issue, too. Take Clark Gable, who in this two-page spread showed the outdoors side of self that Carole would soon come to know: 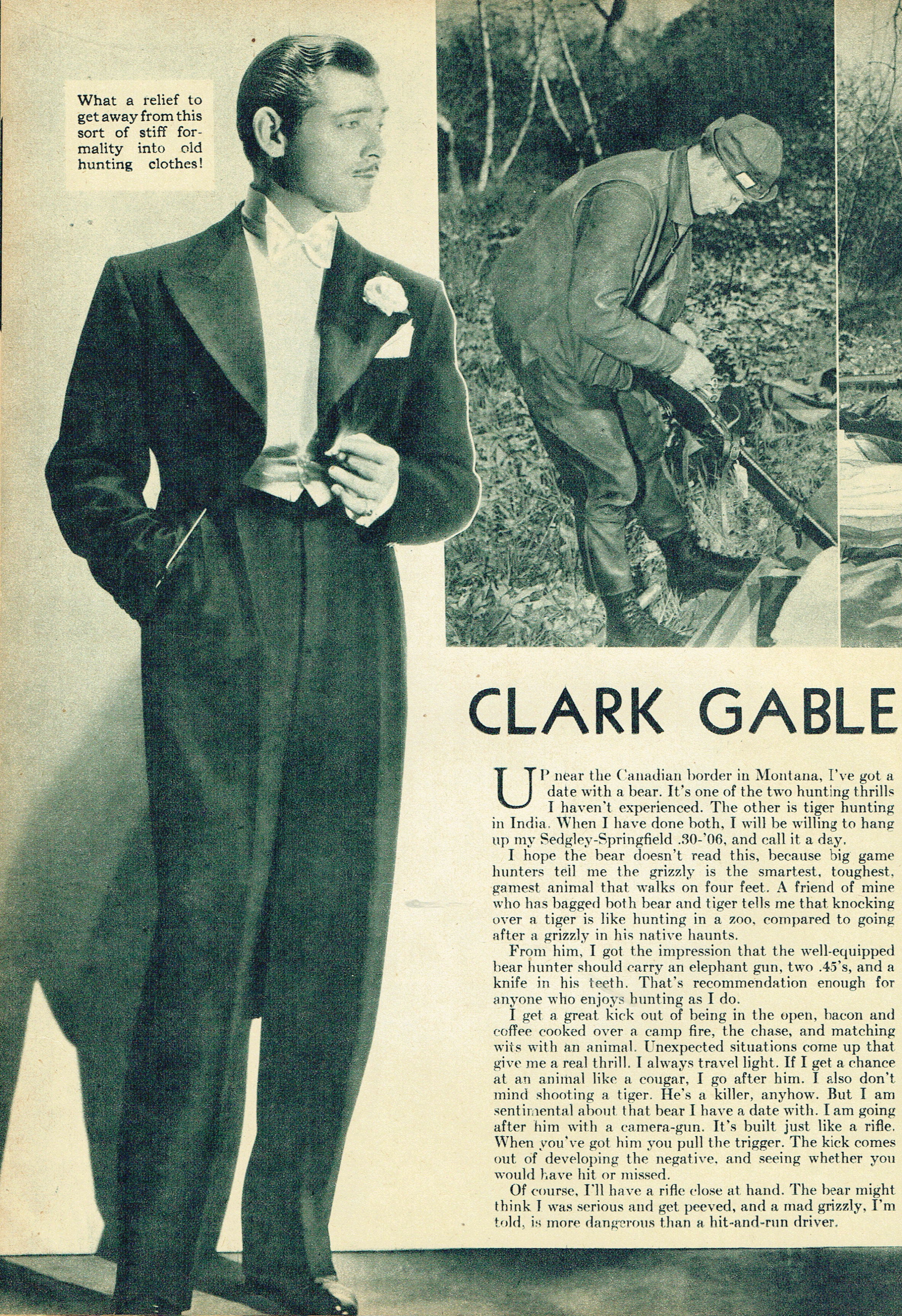 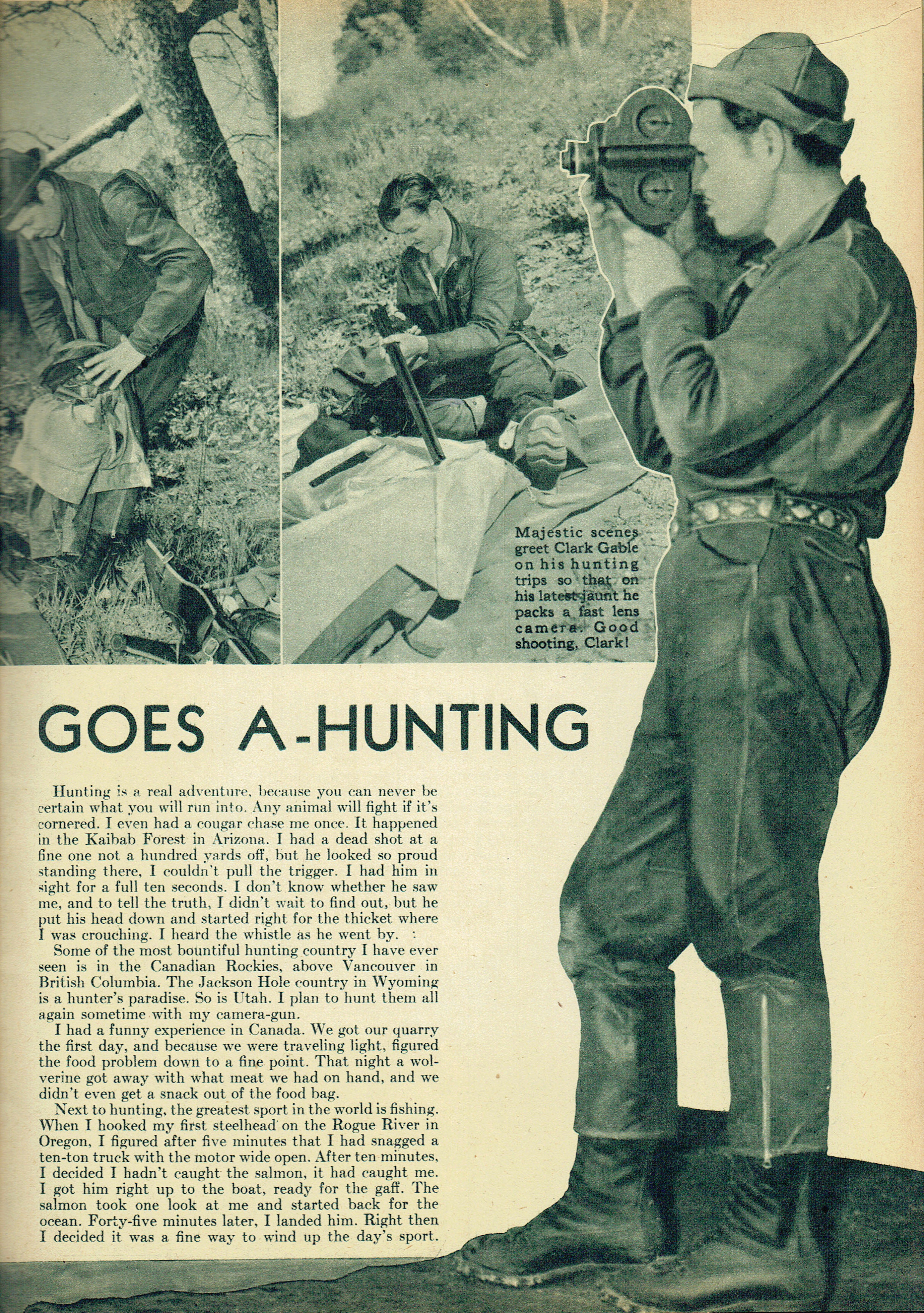 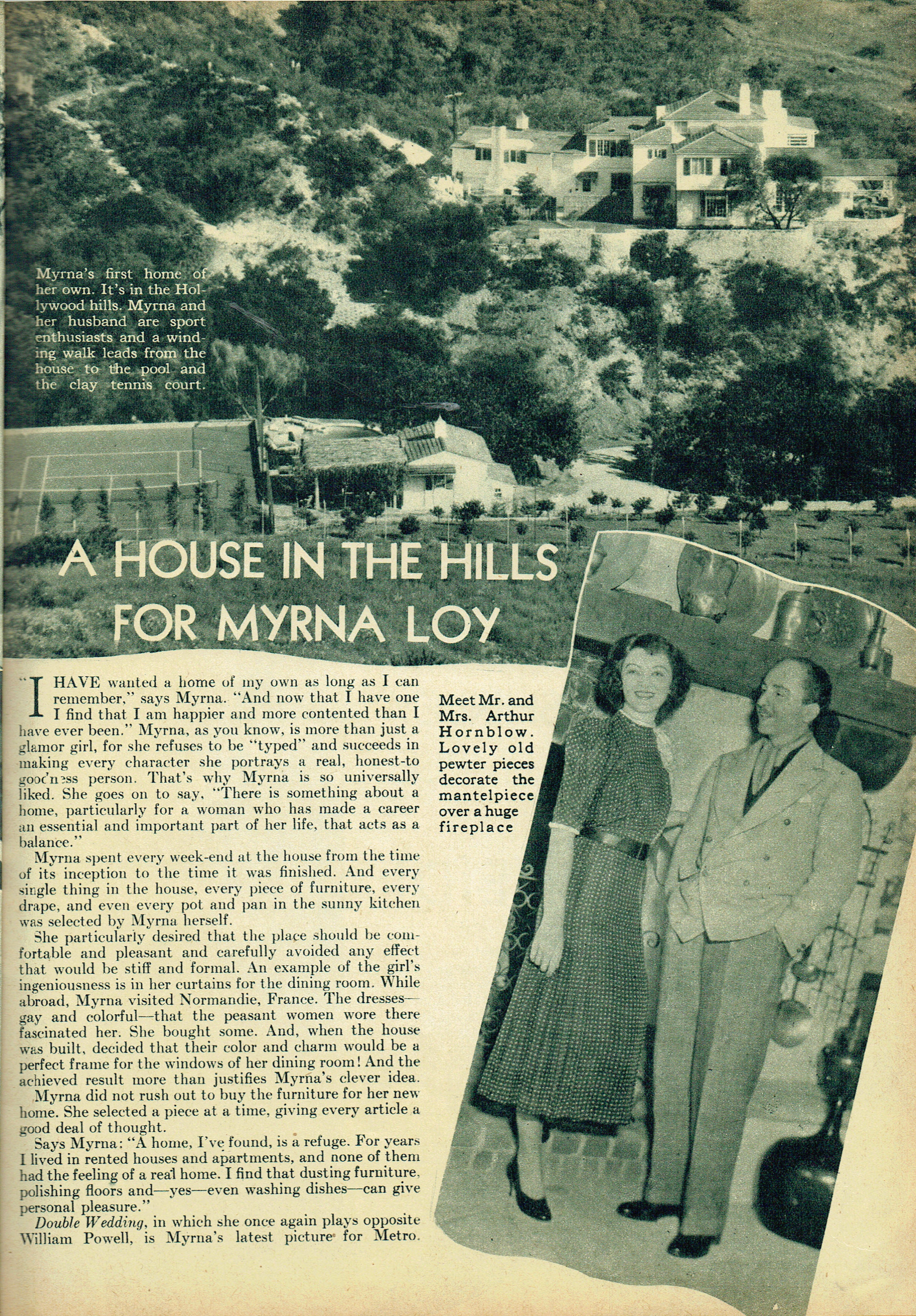 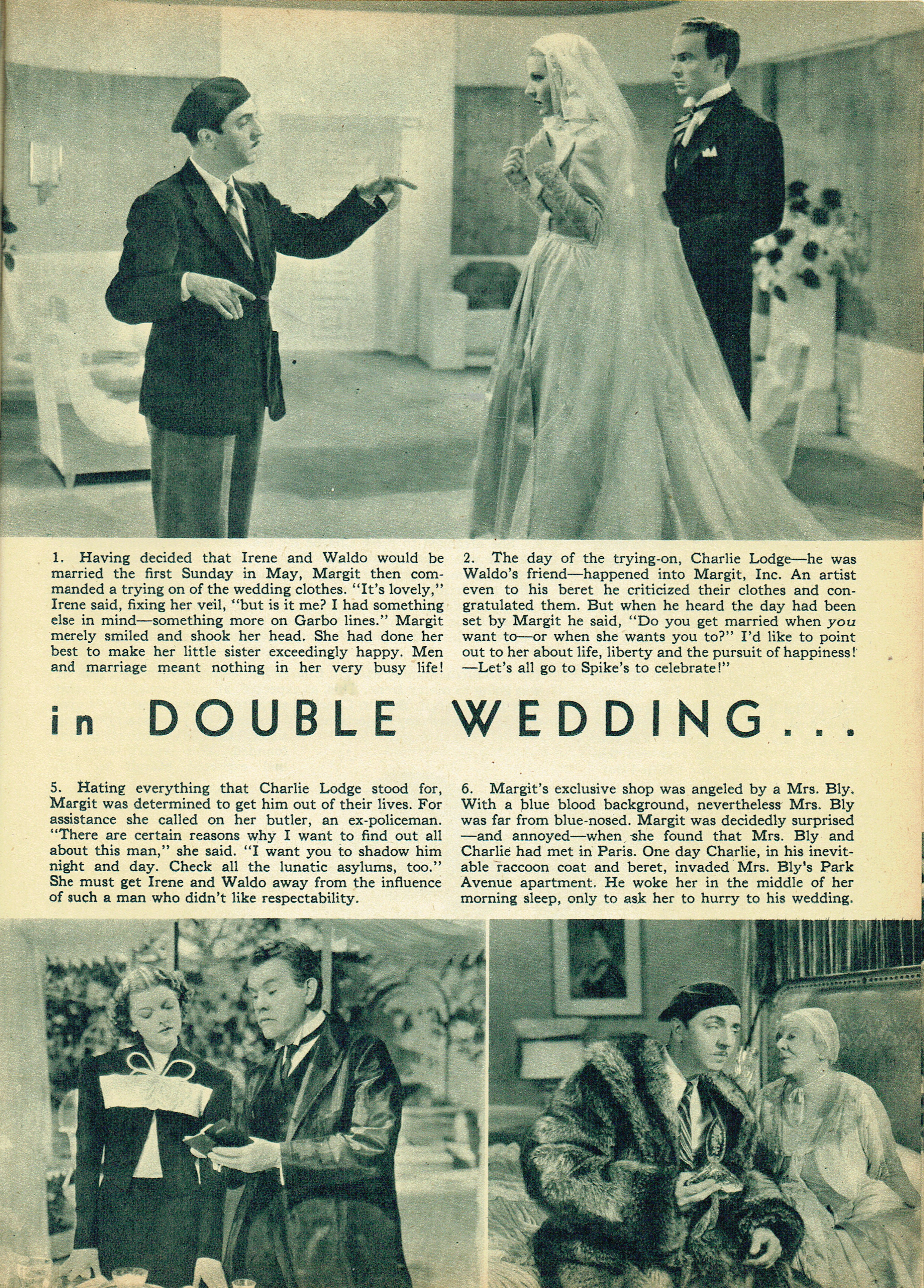 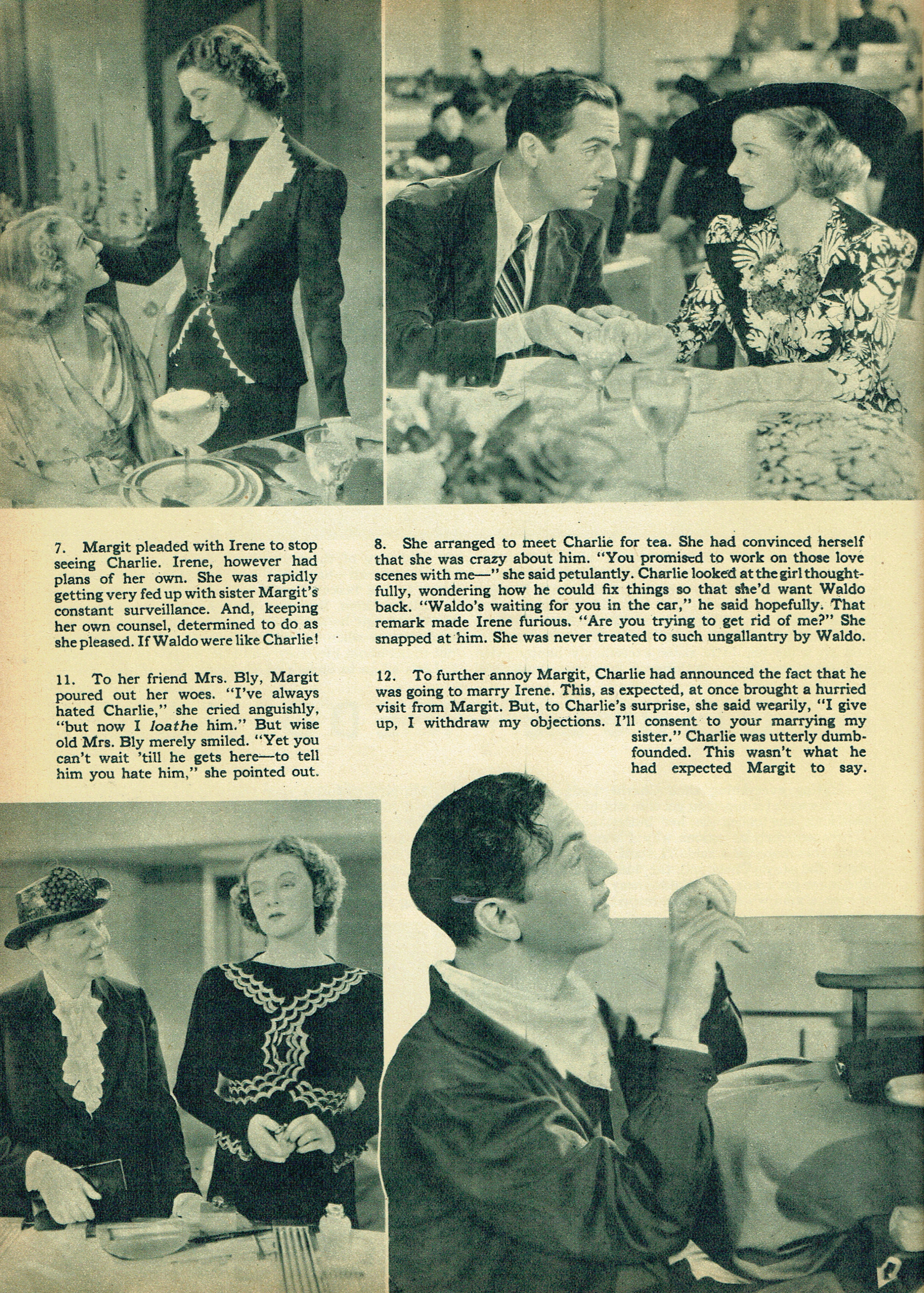 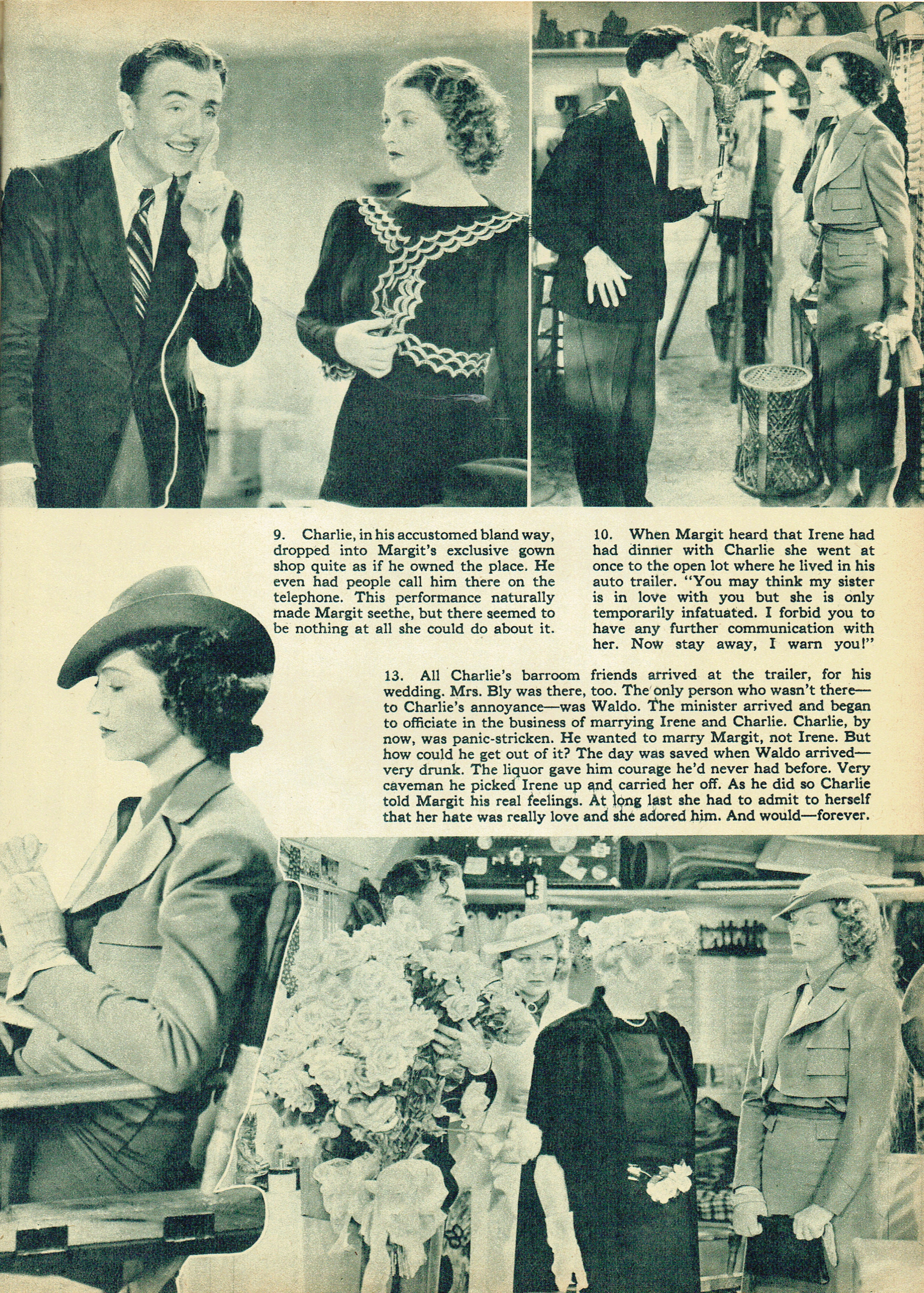 "Double Wedding" is deemed one of the lesser works in the Powell-Loy canon, perhaps in part because during its filming, Jean Harlow died, and Powell -- who was romantically involved with her -- understandably found it difficult to cope with her loss.

Lombard would have to wait until the January 1938 issue to grace Movie Life's cover, one she would have to share with that truly most wooden of leading men: 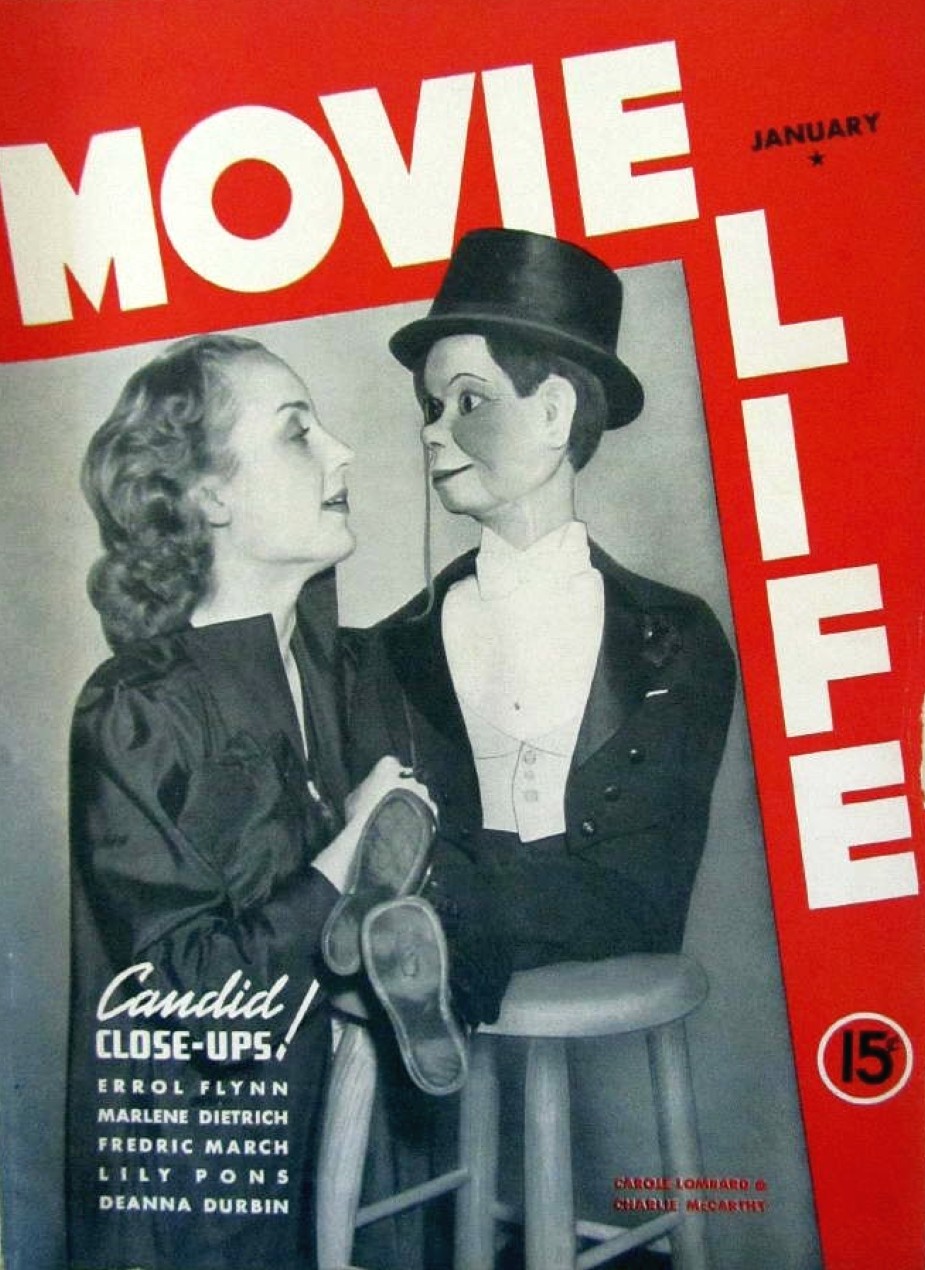