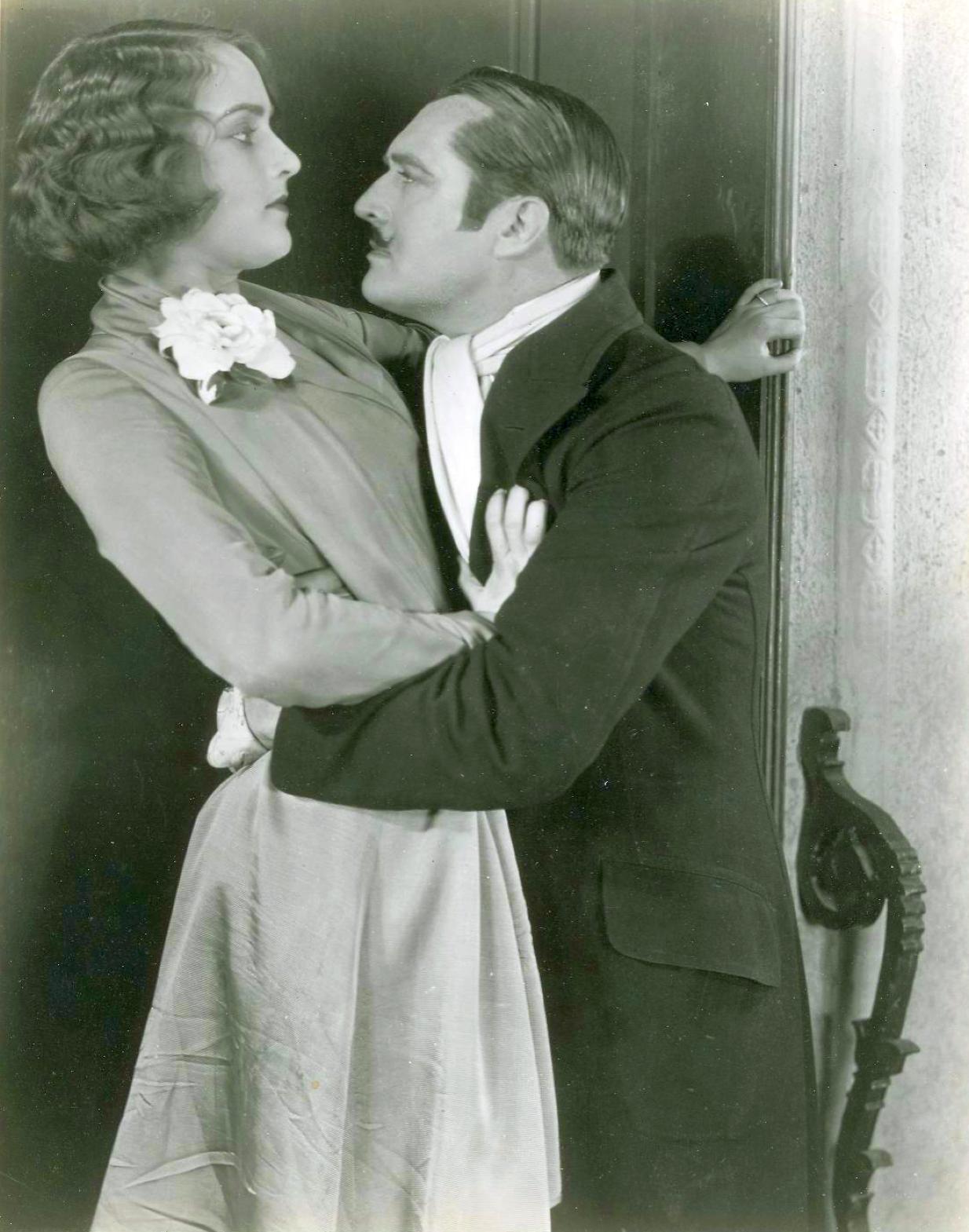 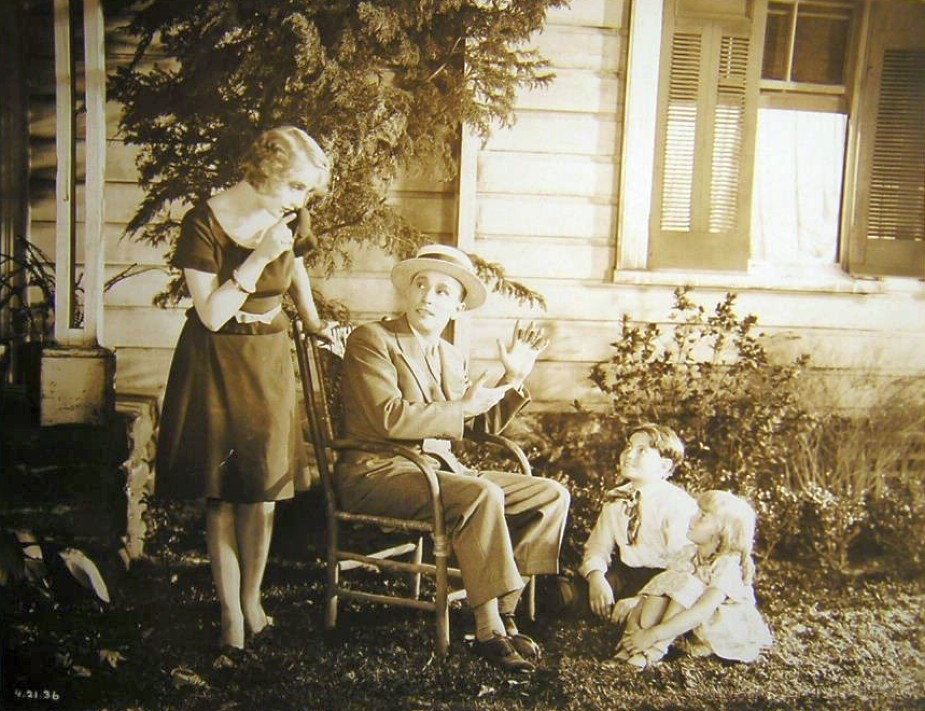 These photos from Carole Lombard's films "Marriage In Transit" (1925, top) and "Ned McCobb's Daughter" (1928) sadly have something in common -- aside from these and a few other still photos and lobby cards, they are all we have as visual proof these movies were made. And as a recent report from the Library of Congress makes clear, they have plenty of ghostly company.

It's been known for some time that a majority of movies from the silent era are lost, for a variety of reasons. ("Marriage In Transit" and many other early Fox films are presumed to have expired in a warehouse fire in 1937. I'm not sure how "Ned McCobb's Daughter," a Pathe product and the most recent Lombard feature deemed lost, met its fate.) But thanks to archivist-historian David Pierce, we now have numbers...and they're rather depressing. 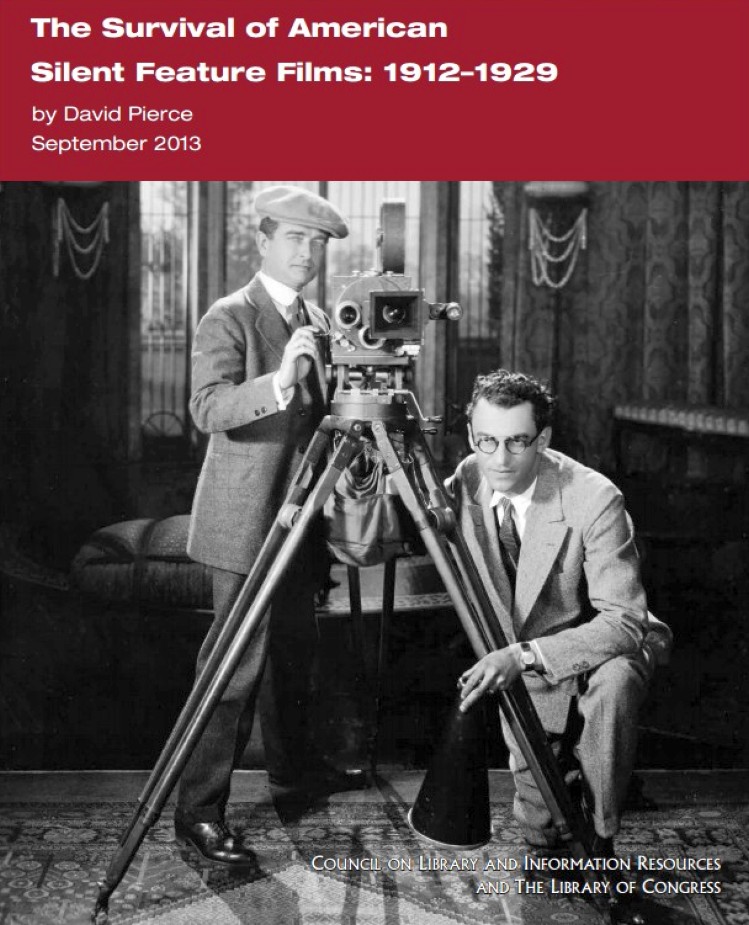 We already have plenty to thank Pierce for; he founded the Media History Digital Library, an invaluable resource for researchers (and a frequent font of information at "Carole & Co."). But he also spent several years at the British Film Institute, where he helped restore F.W. Murnau's 1927 classic "Sunrise," and has worked for a number of years as a motion picture copyright consultant. In 1997, he wrote a piece for Film History entitled "The Legion Of The Condemned: Why American Silent Films Perished"... 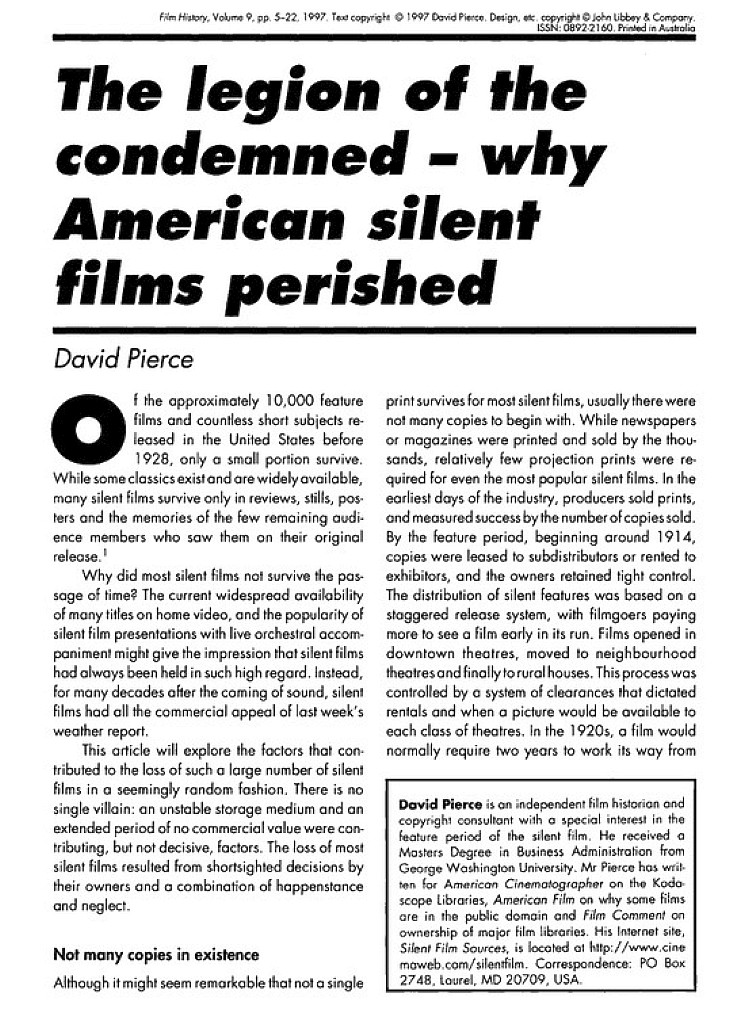 ...which began, "Of the approximately 10,000 feature films and countless short subjects released in the United States before 1928, only a small portion survive." Just how small? How about 14 percent of 10,919 feature films from the U.S. between 1912 and 1929 survive domestically in original format (frequently, but not always, 35 mm)? Another 11 percent are in foreign archives or lower-quality formats, and another 5 percent are in incomplete or abridged versions.

What does this mean? Well, if you saw "The Great Gatsby" earlier this year and wanted to compare it to the adaptation made in 1926, a year after F. Scott Fitzgerald's seminal novel was released, you're out of luck; all that survives is the trailer. Wonder why "It" is shown so often as indicative of Clara Bow's charisma? Aside from her nickname of the "It Girl," exhibitors or curators have a relatively meager choice to work from -- all four of Bow's silent features from 1928, the year after "It," when she remained a box-office giant, are lost, such as "Three Weekends": 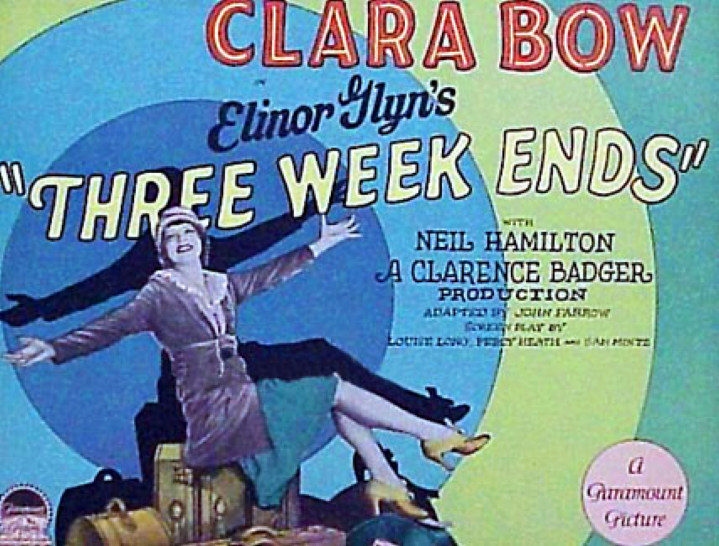 And as we've noted beforehand, all the films Lombard made before her 1926 automobile accident, from "The Perfect Crime" she appeared in as Jane Peters in 1921 to the few movies she made for Fox in 1925, remain lost. (She is said to be an extra in a few surviving films from 1925, such as "Ben-Hur" and "This Plastic Age," but this has never been confirmed.)

In the foreword to Pierce's report, Librarian of Congress James H. Billington points out the bad news:

Pierce goes into details in the 72-page report, which you can download and peruse at http://www.clir.org/pubs/reports/pub158/pub158.pdf. In it, we learn that MGM began a thorough restoration of its silent catalog in the 1960s; as a result, more than two-thirds of MGM silent product from its founding in 1924 survive today, by far the highest percentage of any studio (explaining why MGM fare dominates the schedule on TCM's "Silent Sunday Nights").

He also provides recommendations on how to go about preserving what's left:

Pierce also created a database regarding surviving American silent features at http://lcweb2.loc.gov:8081/diglib/ihas/html/silentfilms/silentfilms-home.html. (I emphasize the word "features," as this does not include short films such as those made by Mack Sennett or Hal Roach.) All the information known about such movies is listed. For example, here's "Show Folks," a 1928 Pathe production in which Lombard had a supporting role: 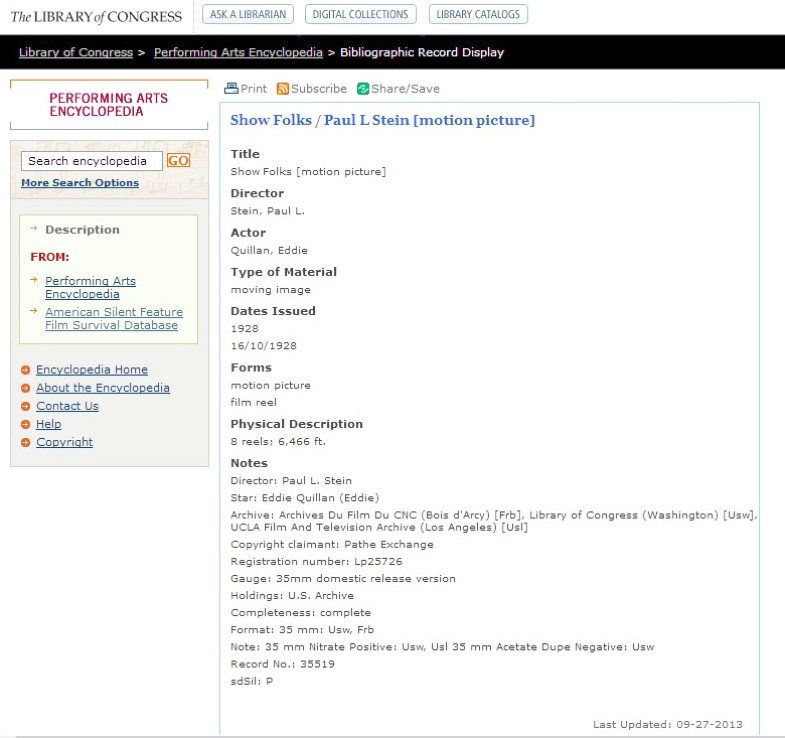 Keep your fingers crossed that more films will be added to the archive. There have been some unexpected victories in recent years, such as the resurfacing of two from 1927, the Colleen Moore comedy "Her Wild Oat"... 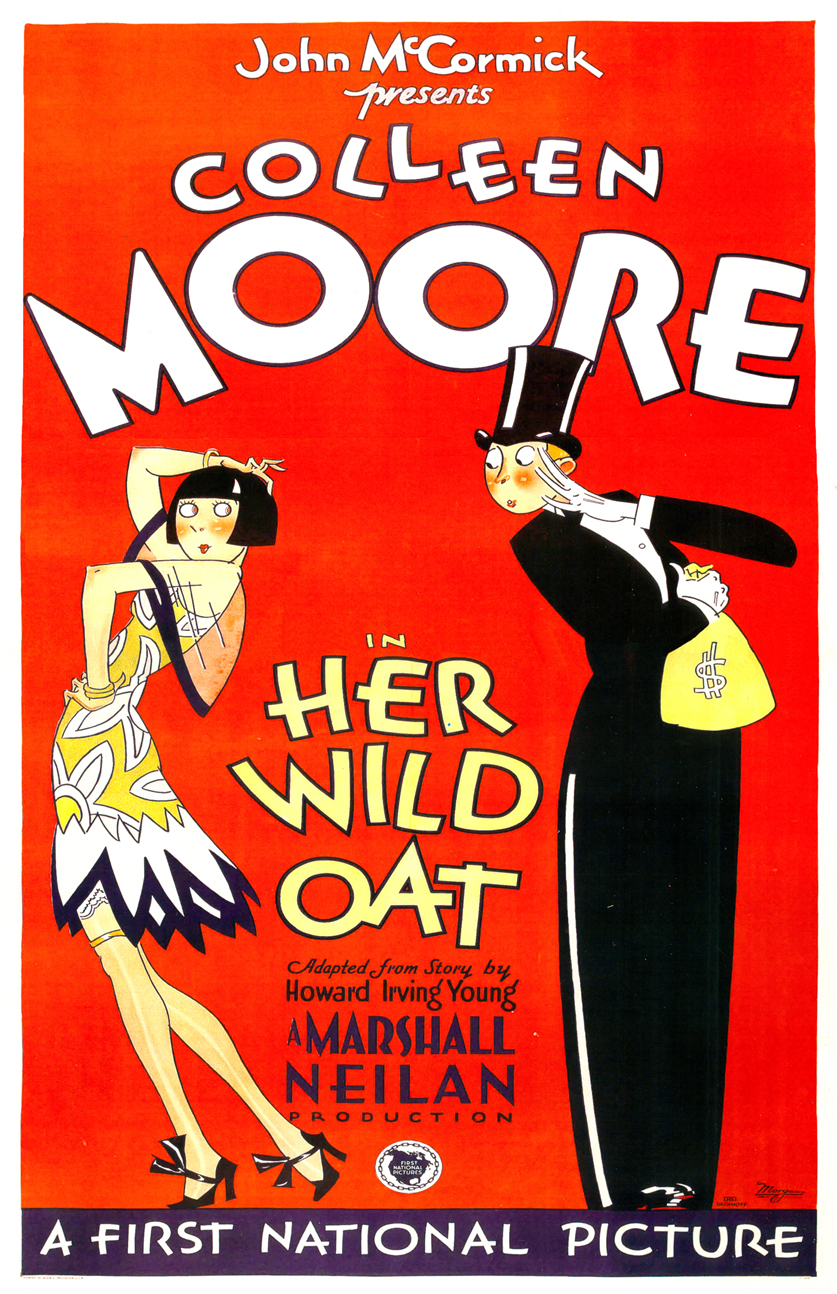 ...and "Upstream," a tale of theater folk directed by John Ford. Perhaps one of these victories will include a long-lost performance of Carole Lombard.
Collapse