Carole Lombard and Fredric March certainly made a fine romantic team in the 1937 screwball gem "Nothing Sacred." But were future generations to see the following sign, they might just misconstrue what kind of romance their characters had: 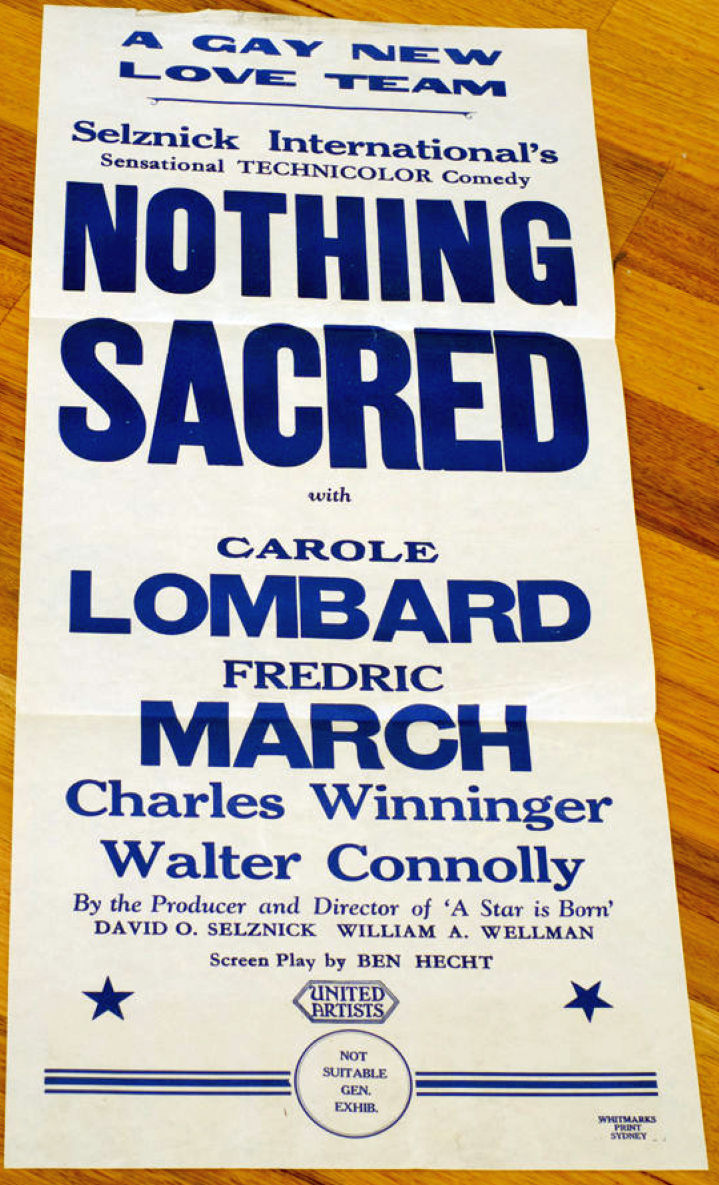 Actually, the poster above is from Australia, one of three vintage daybills being auctioned as a group. The other two are from Anthony Quinn's "A High Wind In Jamaica" (1965)... 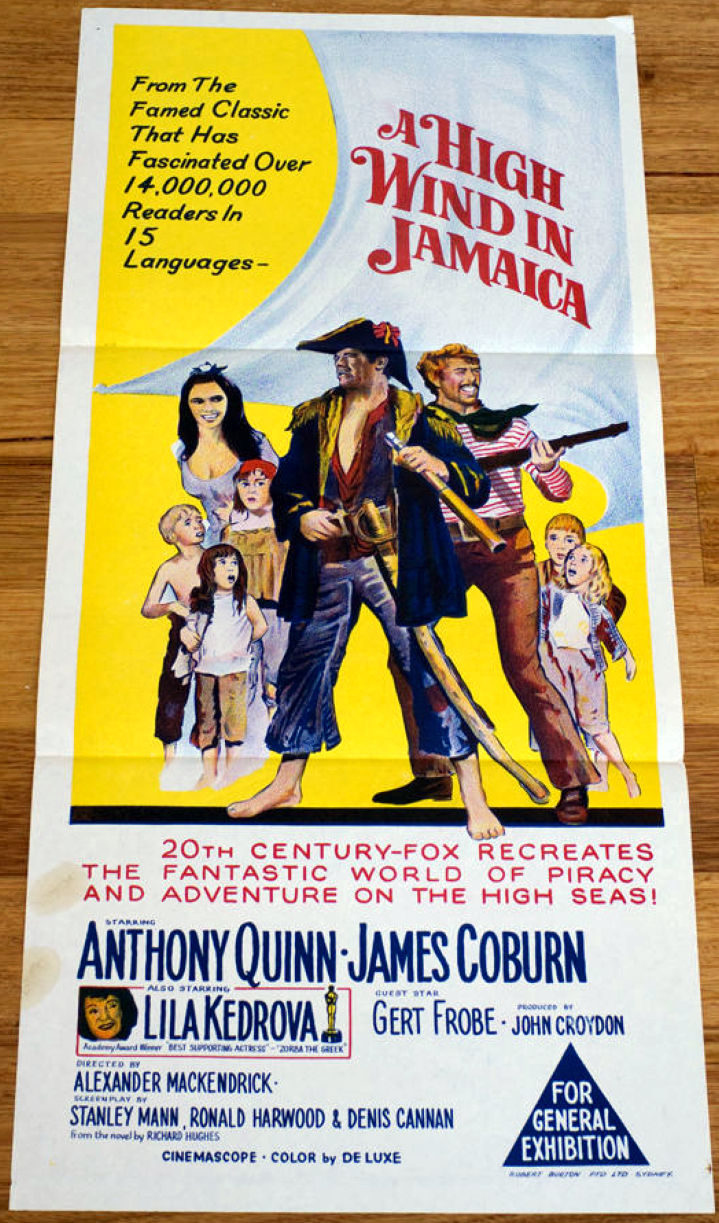 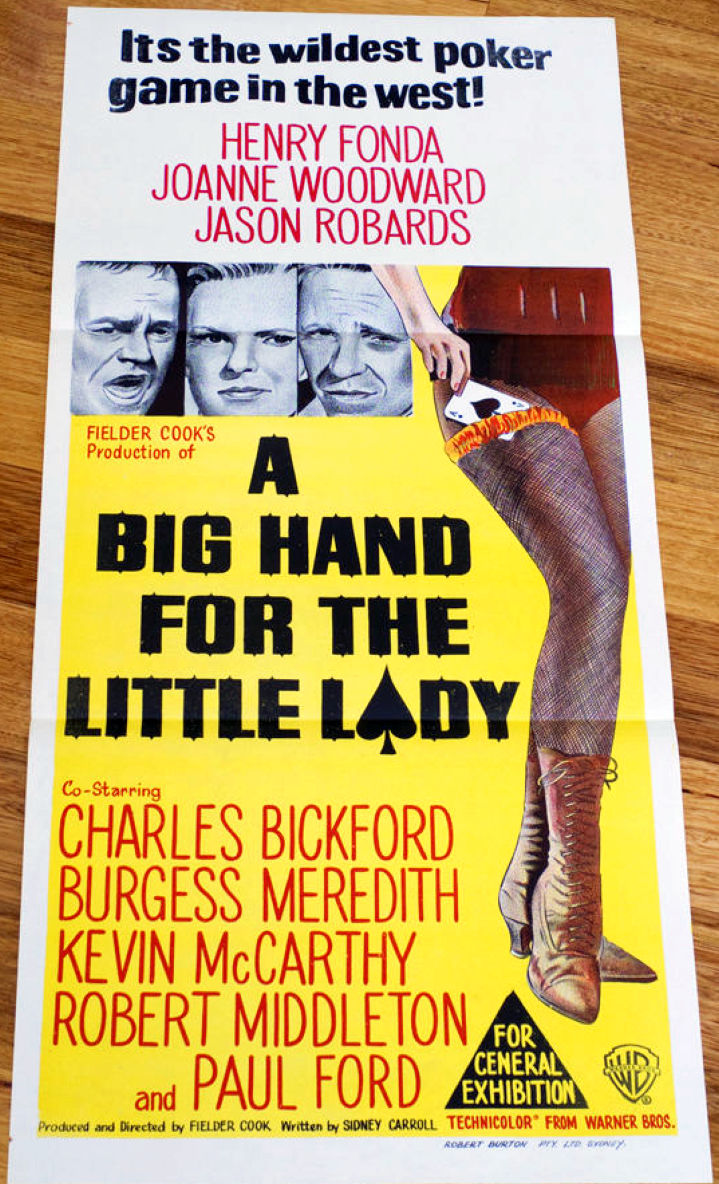 Today marks Woody Allen's 78th birthday, and to celebrate, here's one of his comic monologues from the mid-1960s, one of the funniest routines of that era, right up there with Bob Newhart's "button-down mind" bits or Bill Cosby's "Noah." It's called "The Moose," and it's splendidly constructed, building one situation atop another until its classic climax. If you've never heard it before, you're in for a treat; if you have, you'll love hearing it again.