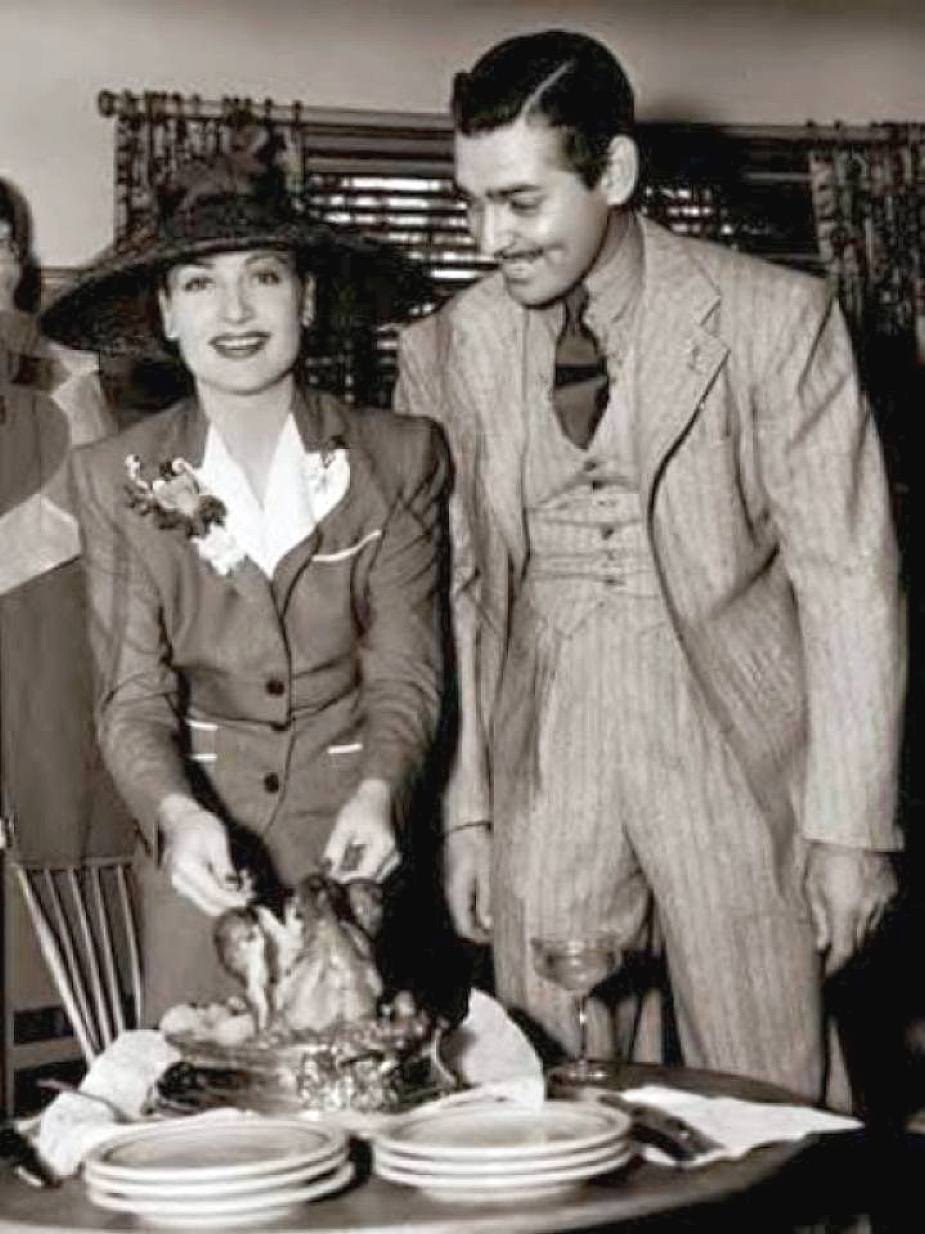 Today is Thanksgiving here in the U.S., and I wish to give thanks to all of you who have kept "Carole & Co." going for nearly 6 1/2 years. To show my thanks, here's a photo of Carole Lombard, Clark Gable and turkey, probably taken at the MGM commissary.

Obviously, some people have to work on this day: our public servants, such as police and fire officials; those who work for newspapers or broadcasting stations; and employees of restaurants who traditionally serve Thanksgiving dinner or those at convenience stores regularly open 24 hours. Unfortunately, this year they are being joined by employees of many national chains that heretofore have been closed on this special day, and tens of thousands of people throughout America -- of whom a substantial percentage are making minimal wages -- are unable to spend the entire day with their families simply to enable some shoppers to get an early jump on "Black Friday." To those of you in that situation, my sympathies, with hope that corporations will come to their senses and think of their workers first in future years.

Now that my little editorial is over, I'll leave you with this bit of classic radio -- Jack Benny's Thanksgiving program, as broadcast by NBC on Nov. 23, 1941. Yes, this was produced while Benny was still filming "To Be Or Not To Be" (Lombard is mentioned, the film's title isn't), and there are some other Hollywood references. The premise is Jack hosting Thanksgiving dinner with some of his cast members and their wives...including the wife of bandleader Phil Harris, Alice Faye (by decade's end, they would have their own popular radio series). A word of warning: There is some uncomfortable ethnic humor as Dennis Day uses cork on his face to impersonate (in the listener's imagination) Rochester's brother (who was unable to attend) as a second servant. If you can get past that, this is a genuinely funny episode. Oh, and good news for you turkeys out there -- Jack is serving duck.