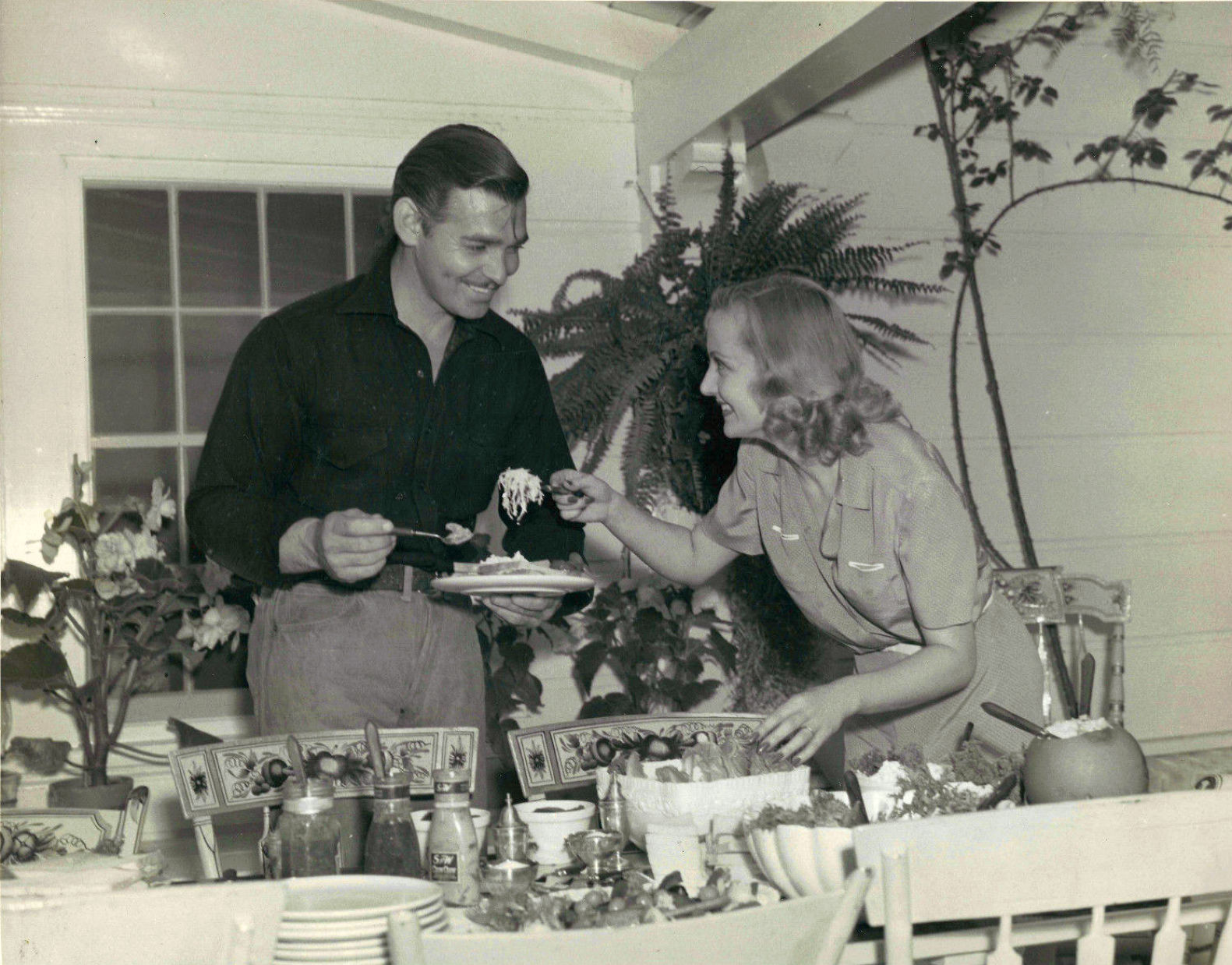 Welcome to Carole Lombard and Clark Gable at home, sometime in 1939, posing for the camera; by now, both well knew how the publicity game was played. What else do we know about this photo? Fortunately, the back shows it's a genuine vintage pic, and even tells us who took it: 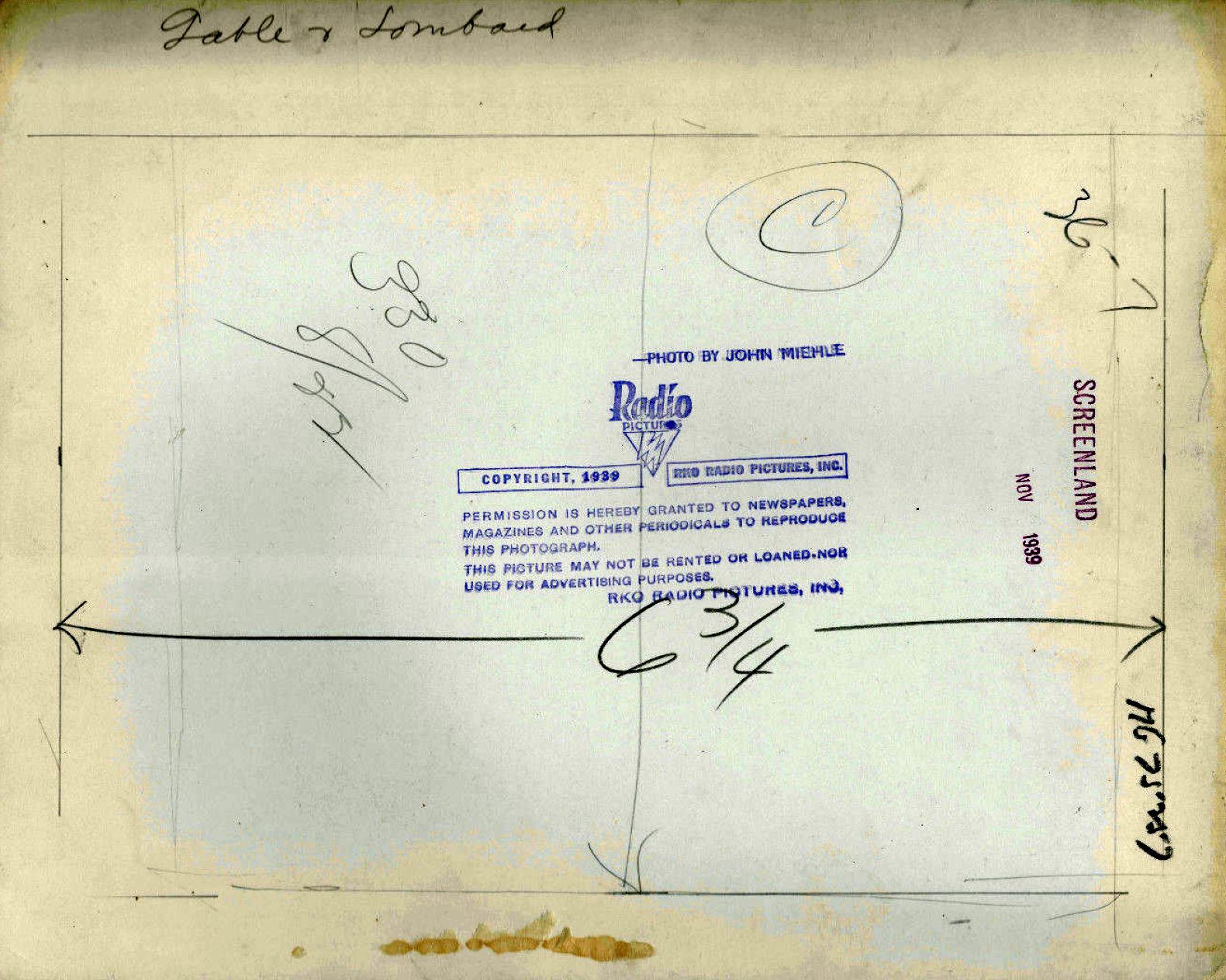 The photographer was John Miehle of RKO, Carole's home studio at the time. The stamp shows the pic was property of Screenland magazine, with a stamp of "November 1939." Priscilla Lane was the magazine's cover subject that month, but nothing on the cover indicates a Gable-Lombard story is inside: 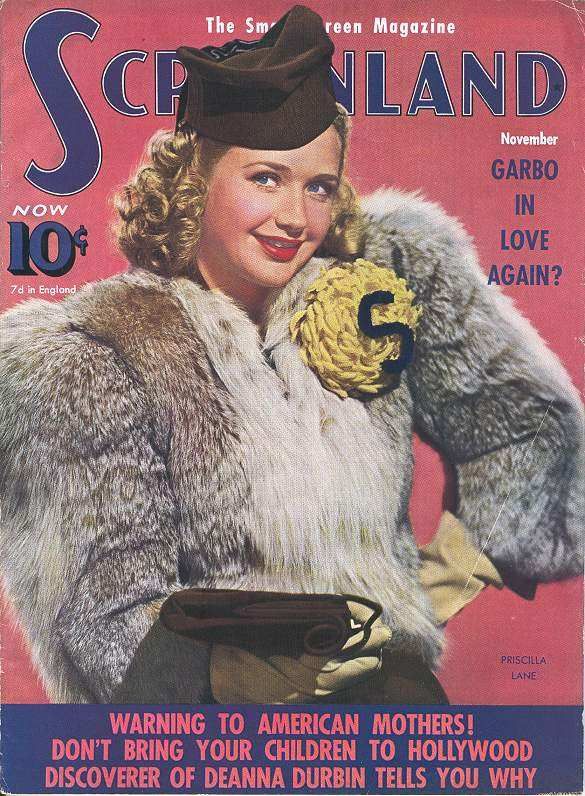 I initially thought the photo might have been connected to this incomplete story on the Gables from Screenland... 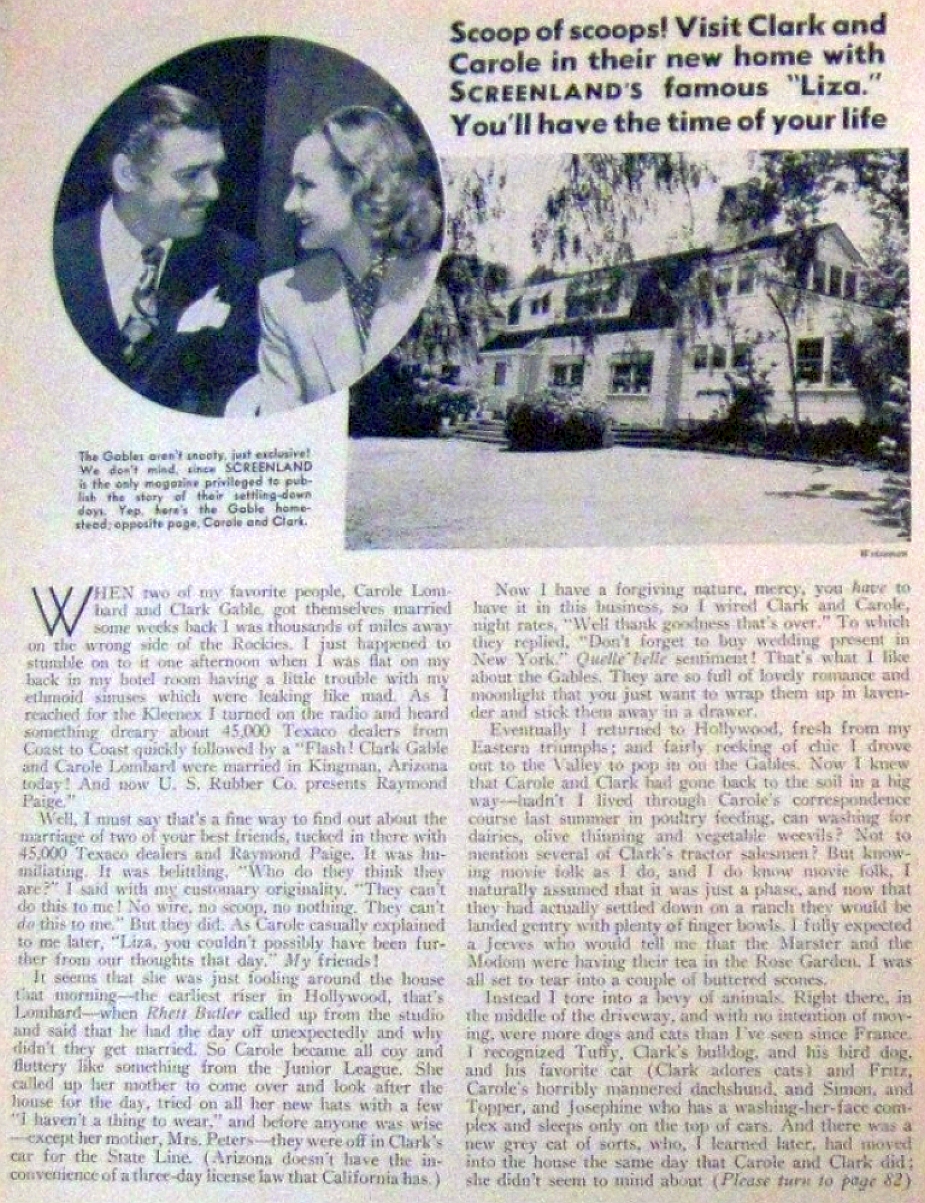 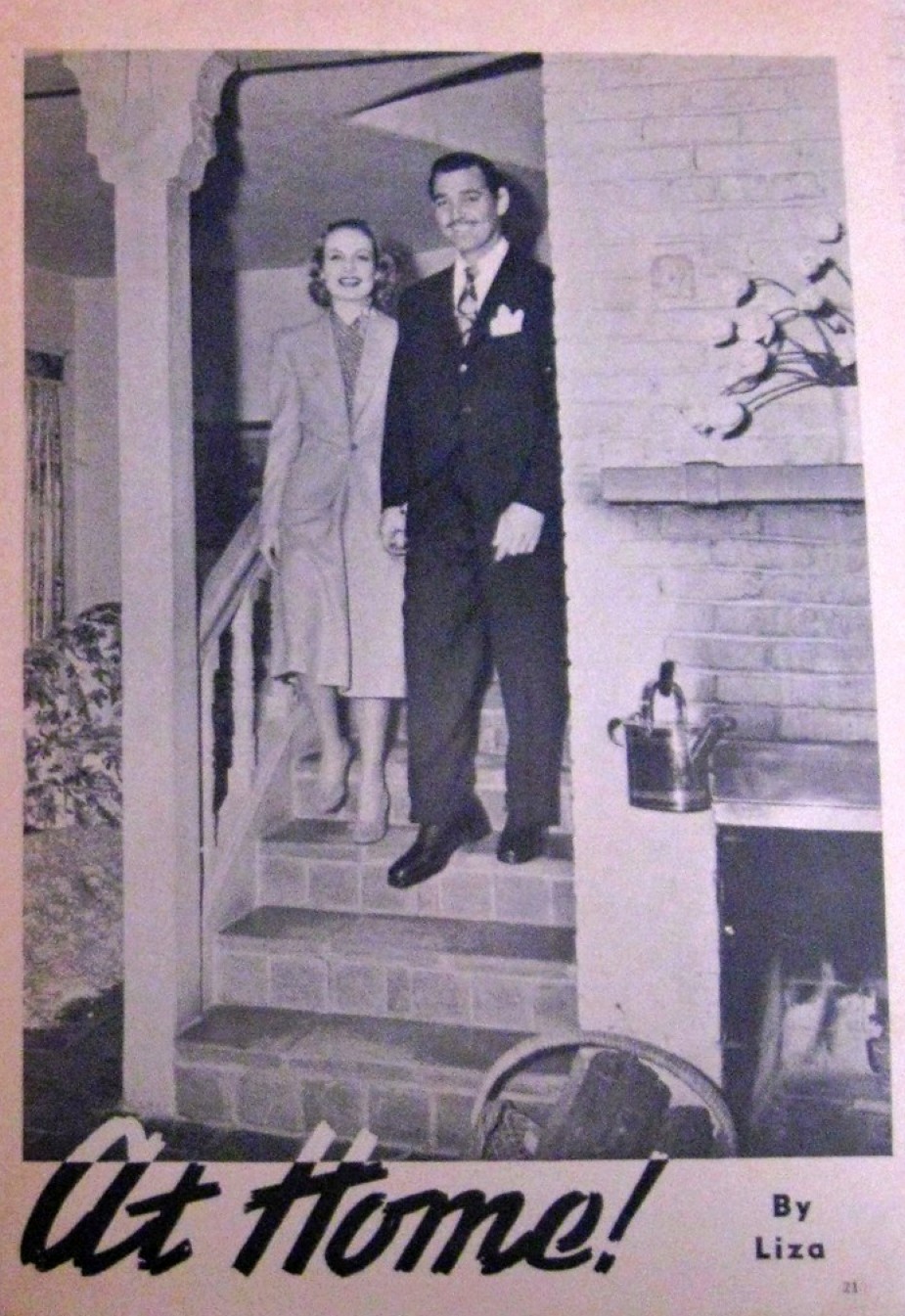 ...but a check of that magazine's covers showed that article ran in August of '39, with Ann Sheridan as cover subject: 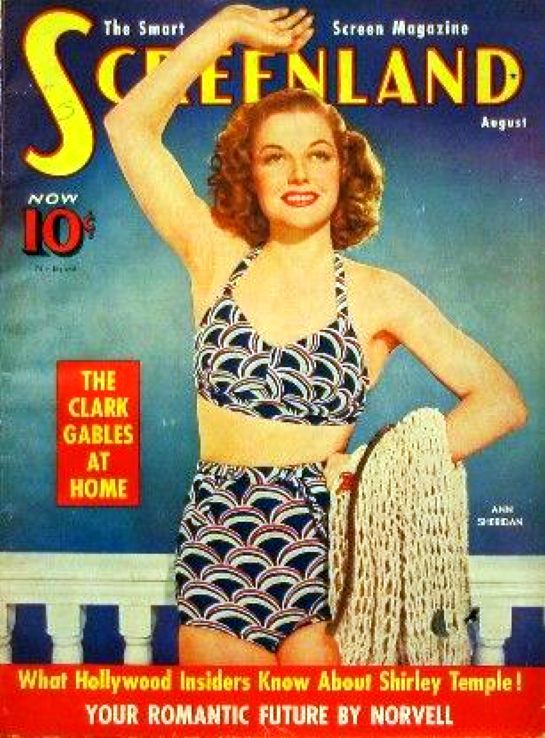 Since Screenland as of yet has no online presence, we don't know when it ran. The "November 1939" might have been when it was received at the office.

Anyhow, getting back to the Clark and Carole photo, it's 11" x 14" and double-weight. No wonder the opening bid price is $299.95, with bids set to close at 7:32 p.m. (Eastern) a week from Wednesday. If you're curious about this item, visit http://www.ebay.com/itm/RARE-CLARK-GABLE-CAROLE-LOMBARD-ENCINO-HOME-VINTAGE-PHOTO-SCREENLAND-MAGAZINE-/190974088975?pt=Art_Photo_Images&hash=item2c76f1570f.

The same seller has this Lombard photo available, from "We're Not Dressing," as sailor Bing Crosby gets set to cut Carole (as haughty heiress Doris Worthington) down to size in front of their fellow castaways: 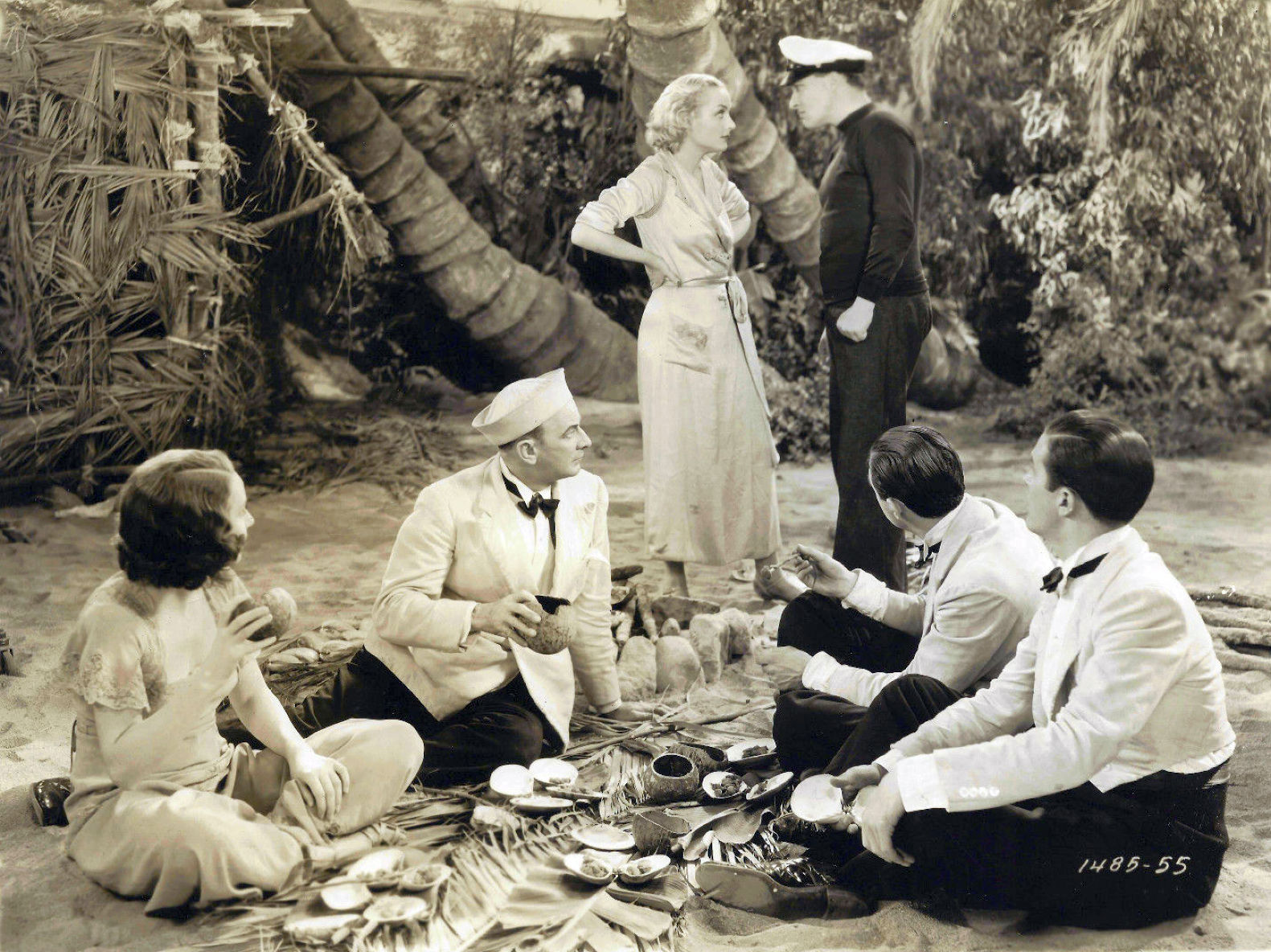