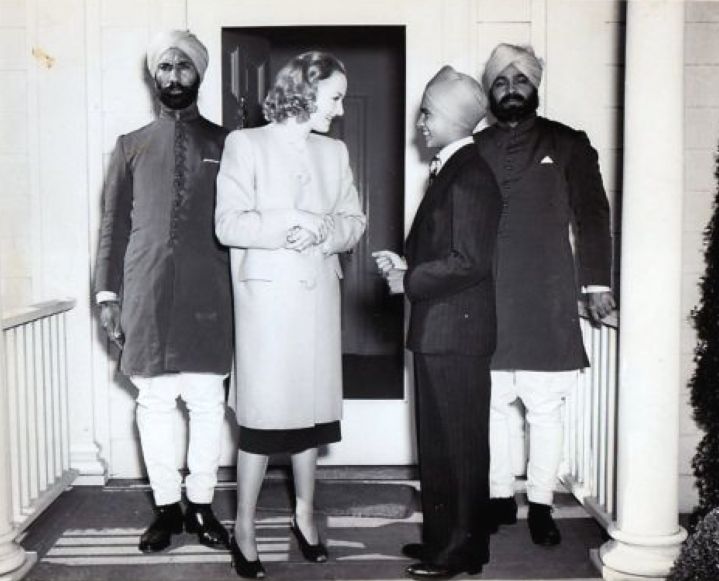 We've previously noted that Carole Lombard met up-and-coming star Sabu when he first visited the U.S. in 1938 (http://carole-and-co.livejournal.com/38857.html); in fact, there's a well-known photo of the teenager from India posing with Carole on the motor scooter she used to traverse the Selznick International lot: 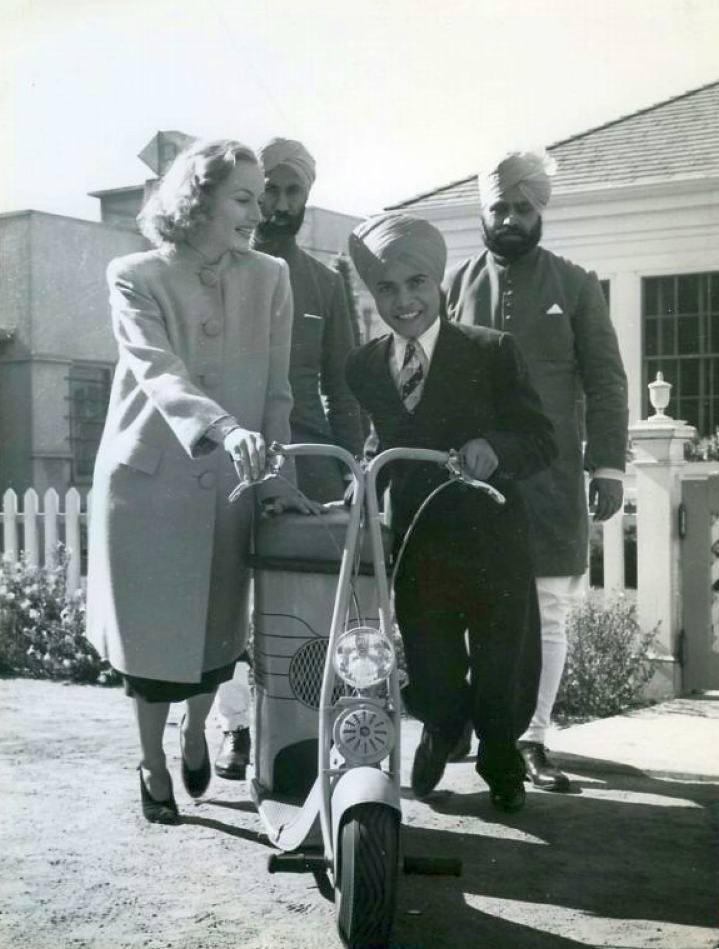 Now, another photo of the pair has surfaced, this one with director John Cromwell at right: 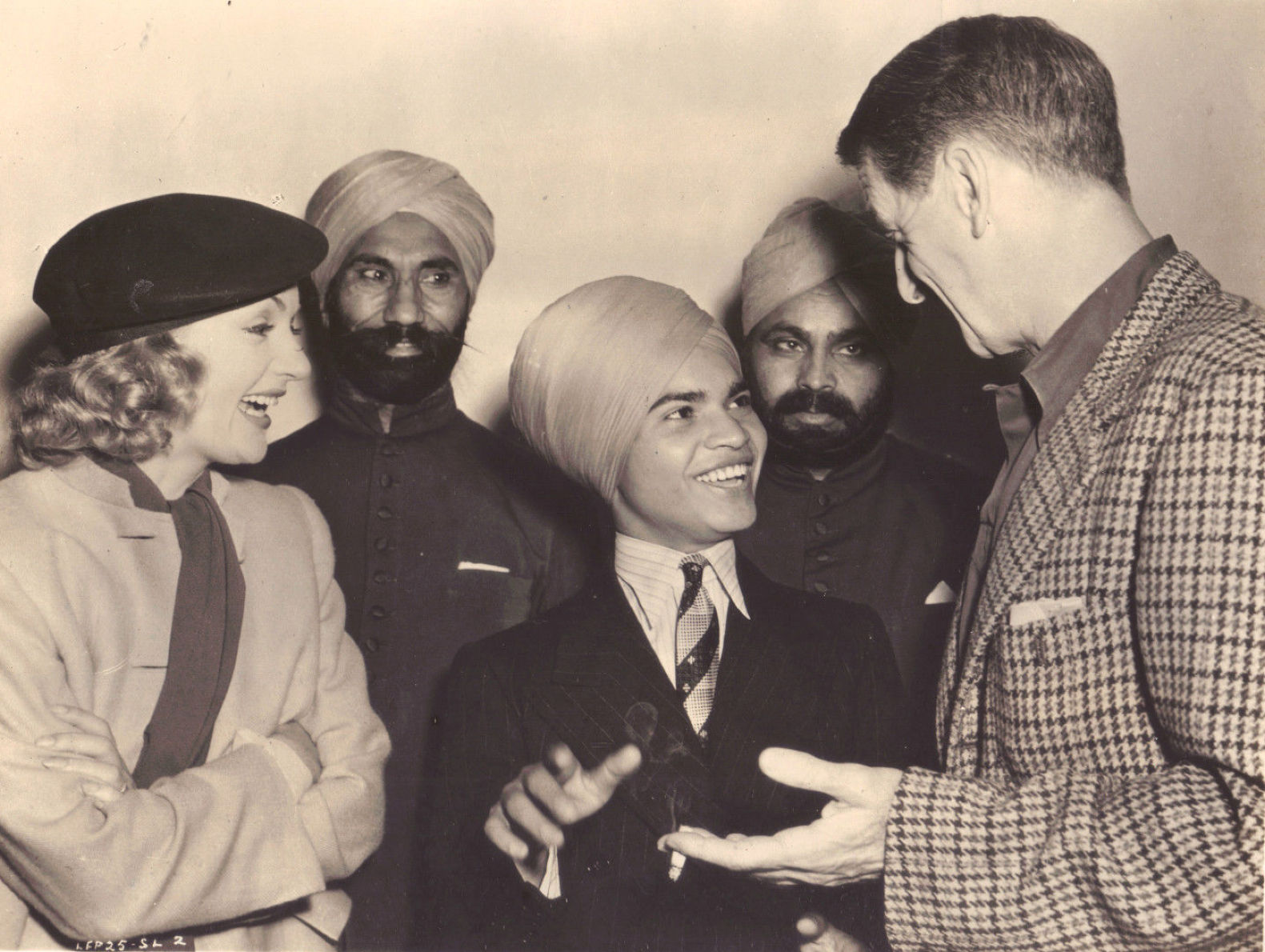 I'm guessing this was taken while "Made For Each Other," the Lombard film Cromwell directed, was in production, although Carole evidently is not in costume as her character, Jane Mason (nevertheless, look at that beret -- and that laugh!). The photo, taken by Larry Shean, was used as publicity for "Drums," a United Artists film released in America in September 1938. This Korda production, shot in Technicolor, won good reviews in England and the U.S., although it sparked anti-British riots in India (then still under colonial rule) for its portrayal of natives as untrustworthy.

Sabu's most famous role came in 1940 with "The Thief Of Bagdad." He soon moved to the U.S., received the Distinguished Flying Cross for his work as a tail gunner during World War II, but found himself limited in acting roles after the war. He married, fathered two children, but suffered a fatal heart attack at age 39 on Dec. 2, 1963.