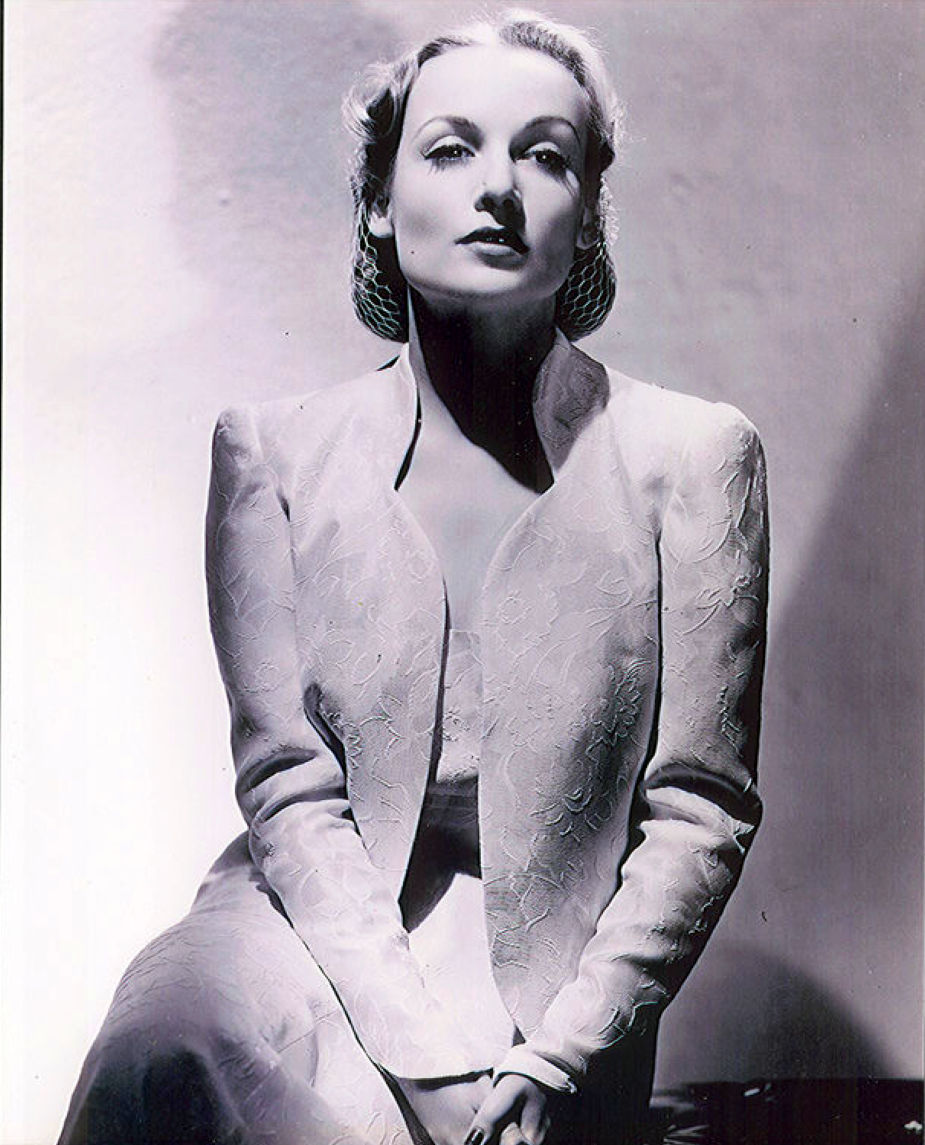 An interesting thing has happened to Michelle Morgan's planned book on Carole Lombard -- it's getting a makeover. That may cause concern to some of you, but there's really no reason to fret. Michelle gave me the lowdown yesterday, and permitted me to pass the info on to my audience: 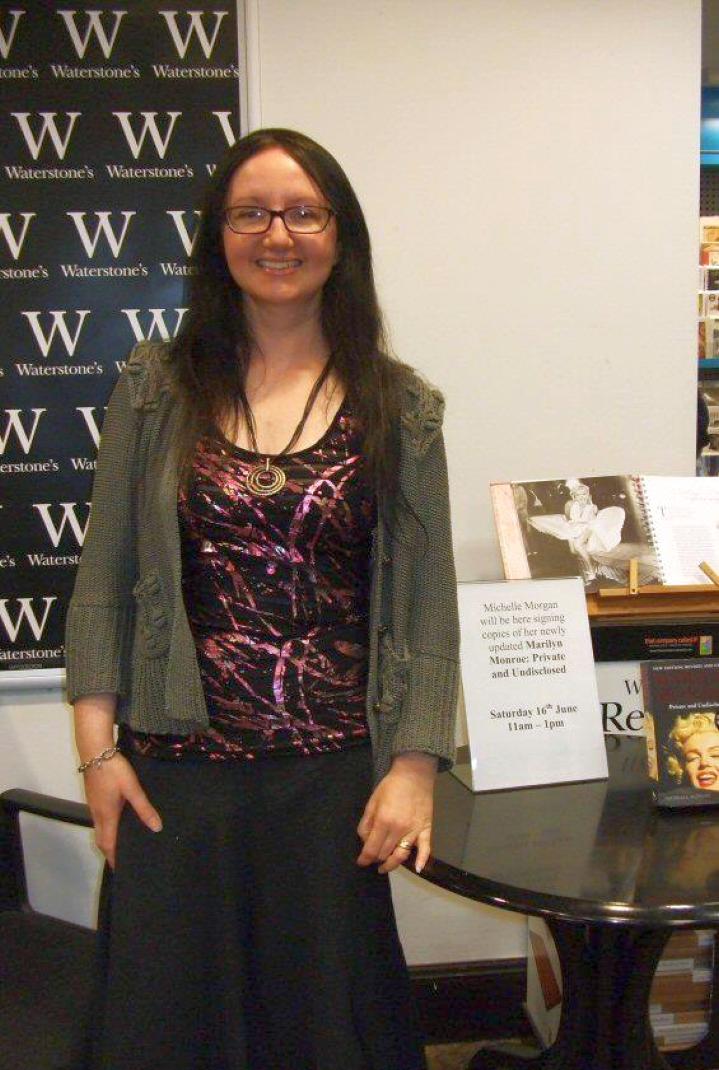 "I have decided that I want it to be a glossy, hard-backed book, so I have taken it away from the small publisher who was going to publish it. I am now working on a proposal and my agent will send that out to prospective publishers in due course. This will slow things up a bit in terms of getting the book out there, but I think it will be well worth the wait. It just made no sense to me to have this book published by a small publisher, when the others [her other projects] are being published mainstream, so that was part of my decision.

"I will keep you up-to-date on all developments and hopefully the book will be published very soon, in a glossy, glamorous way -- just as Carole would have wanted!" 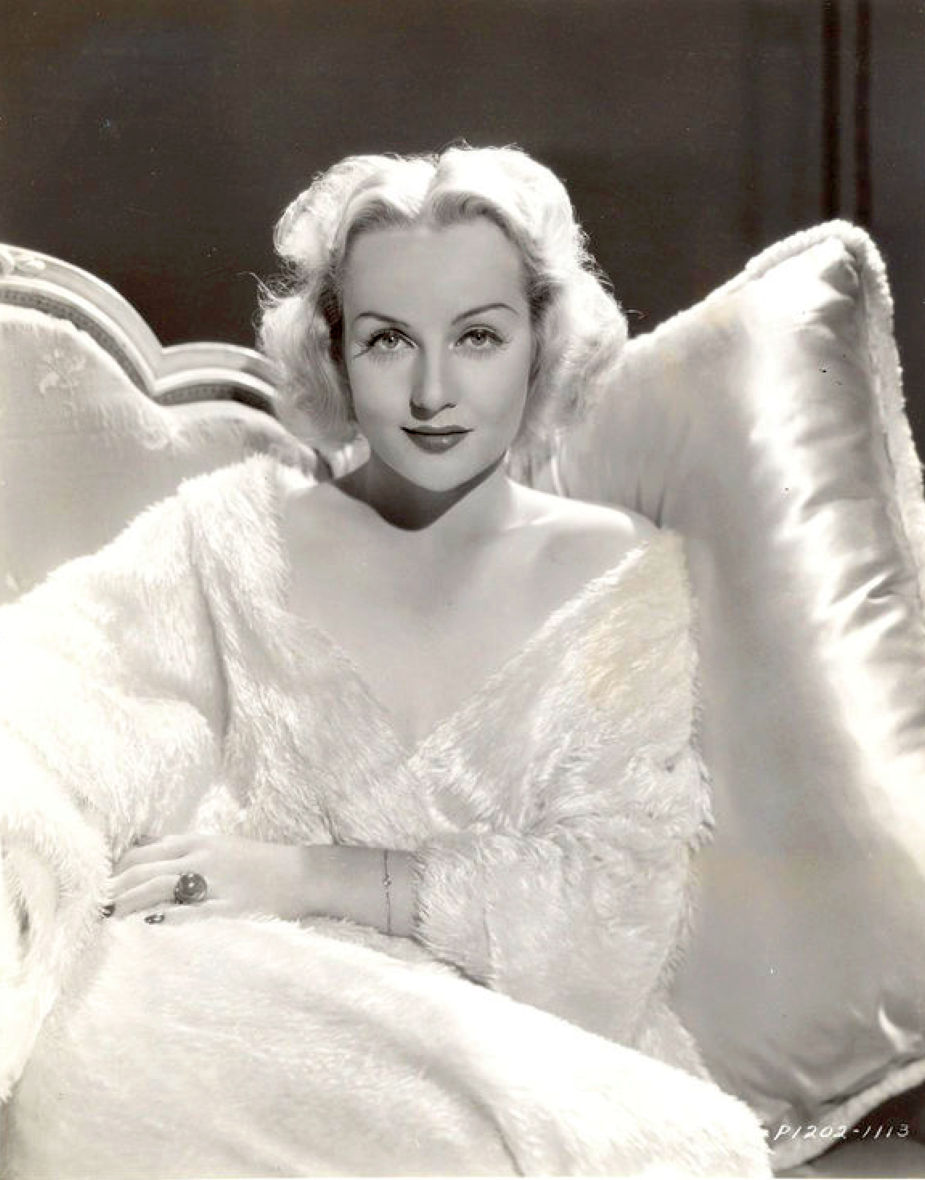 The news of the Lombard project being converted into a glossy book might fret some who were envisioning a straight-up bio, but from what I know about Michelle, this change in format won't mean she'll be sacrificing any of the voluminous research she's been doing for that book. Think about the "Harlow In Hollywood" book from a few years ago; it was chock full of photos -- some of which had never reached print before -- but the accompanying copy painted a vivid portrait of Jean Harlow. I fully expect Michelle will follow suit, especially given her track record ("Marilyn Monroe: Private and Confidential," published last year, has been praised as one of the finest volumes written on Monroe).

And what of those "others" Morgan mentioned? Well, one of them already is out in the UK, "The Mammoth Book Of Hollywood Scandals," and it soon will make its way across the pond to the States... 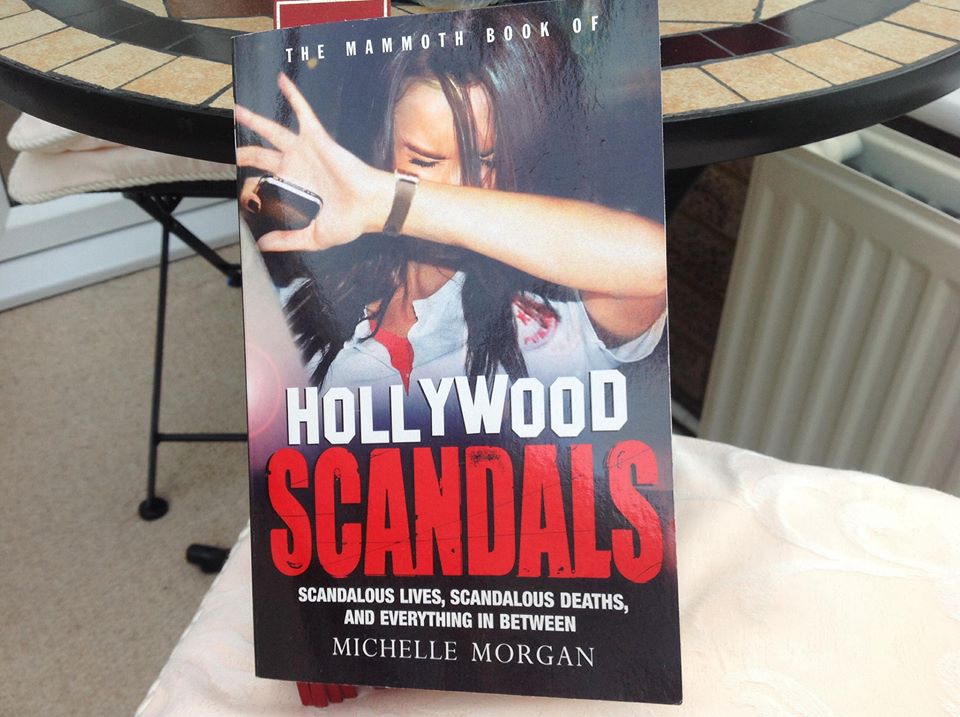 ...and here's Michelle about one of her other projects, which cleared a hurdle earlier this week:

"I can finally tell you that I have just signed a contract with Chicago Review Press, to write my long-awaited book about Thelma Todd. This is a huge deal for me because I have wanted to write the book for almost four years now. It took a long time to get together a proposal that both myself and my agent were happy with, but finally last year we found the perfect words, and two months ago, Chicago Review Press made an offer to publish. CRP are also the authors of the new book on Roscoe 'Fatty' Arbuckle, entitled 'Room 1219,' which has had fabulous reviews. For this and many other reasons, I know that CRP are the perfect publisher for my Thelma book.

"Provisionally titled '271 Steps: The Mysterious Life and Death of Thelma Todd,' the book will chart Thelma's life from birth to death, and will include a special investigation into what I believe happened to her on that last, fateful evening." 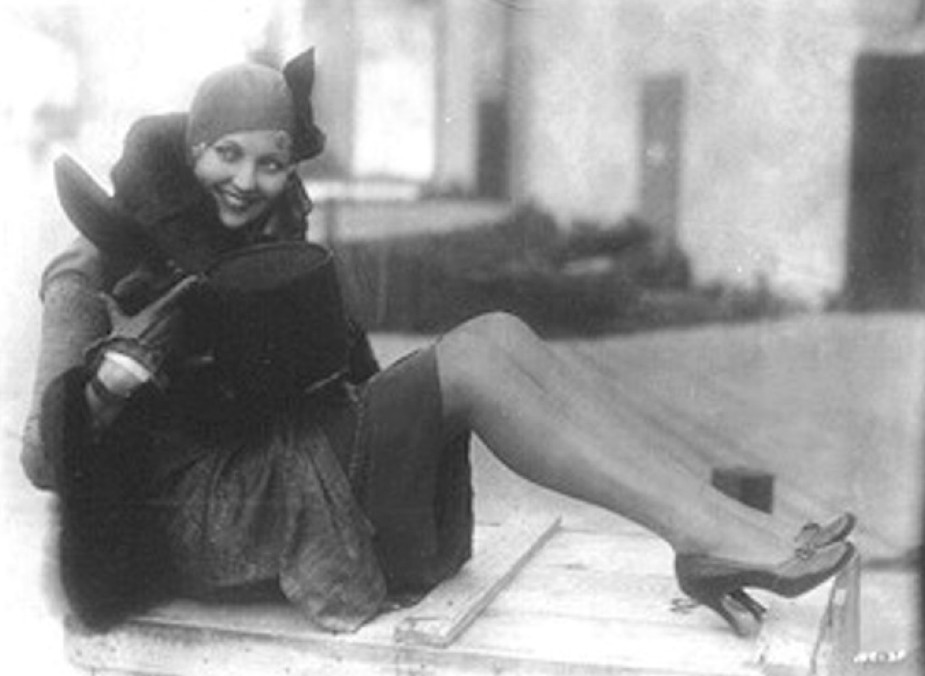 For the many of us who adore Thelma and her comedic artistry, this is wonderful news. At her blog (http://www.michelle-morgan.blogspot.com/), Morgan adds:

"I am hard at work on the research and writing of the book, and am currently looking for anyone who can help with rare documents, letters, photographs, etc., and would love to hear from anyone in that regard. Perhaps you know someone who owns something rare, or was related to Thelma in some way; or maybe you have a photo that you would like to share. If that is you, I'd love to hear from you. Just leave a message and your email address in the comments section, and I will get straight back to you (please note that all comments are private until I approve them, so you can leave your email address in confidence that it won't be published here).

"So that is my news, and I hope you are as excited about it as I am. You will see the finished product in December 2015, to coincide with the 80th anniversary of Thelma's passing. It seems far away, but when you have 80,000 words to write before September 2014, it is actually quite close! So I must get back to it, but look out for news and updates along the way towards publication." 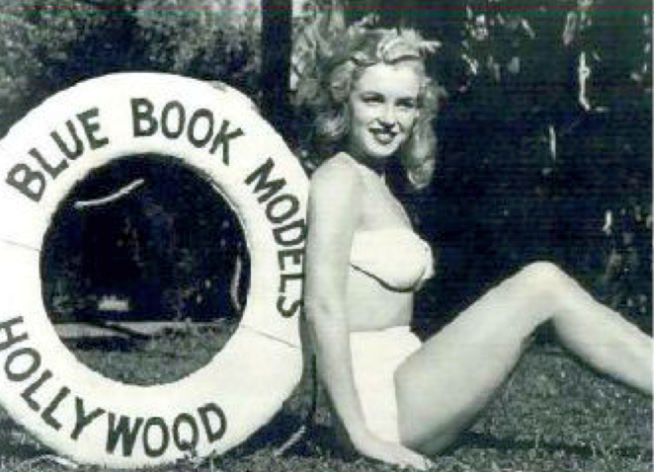 Two more things of note. First, one of my closest friends, Carole Sampeck of The Lombard Archive, has had a beautiful golden retriever named Bailey for the past 13 years, adopted from Golden Retriever Rescue at five months of age. 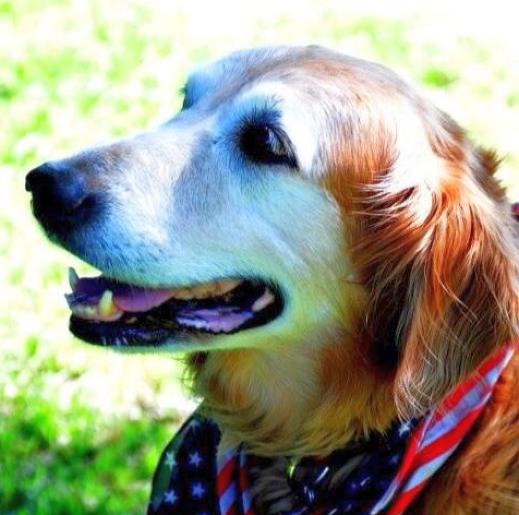 "My beautiful Bailey has hemangiosarcoma -- it is the dermal kind -- having x-rays and ultrasound this evening, and surgery tomorrow."

The good news was that Bailey responded well to the x-rays and ultrasound:

"X-rays revealed that the tumor is COMPLETELY encapsulated, and has not spread to any other organs. It's not even touching bone. And her blood work, which was pretty disastrous on Saturday, is improving mightily, much higher red blood cell count to make her strong. She even tried to jump into my lap at the vet's -- but I don't have that much lap! Her surgery is at 10:00 a.m. tomorrow [11 a.m. Eastern today] -- please pray for my girl. She is so very precious; a gentle, loving soul."

Keep Bailey in your thoughts, please.

The other news concerns movie memorabilia. We've frequently noted some of the high prices for Lombard-related items, but she's hardly alone in that regard. Take a look at this pic from 1930: 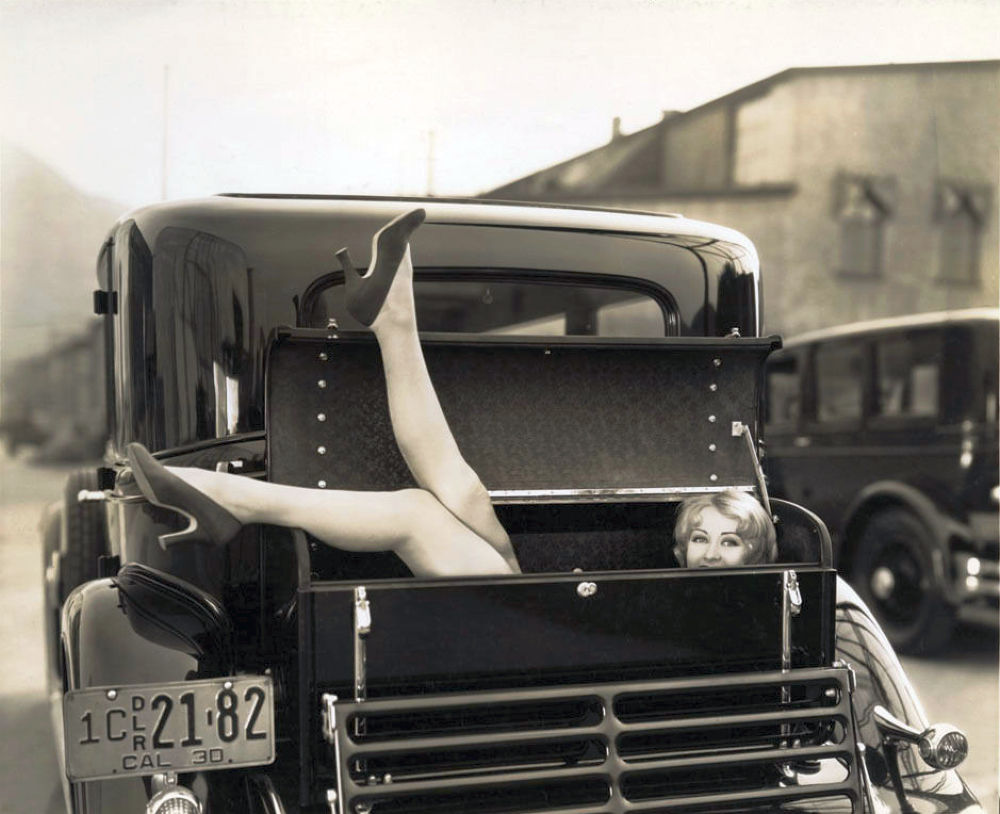 Of course, it's pre-Code goddess Joan Blondell, showing off some shapely leg while being holed up in a car trunk (although given her charm, intelligence and beauty, why would anyone stash her there?). It appears to have been taken at the Warners-First National lot in Burbank, and here's more info from the back of the photo: 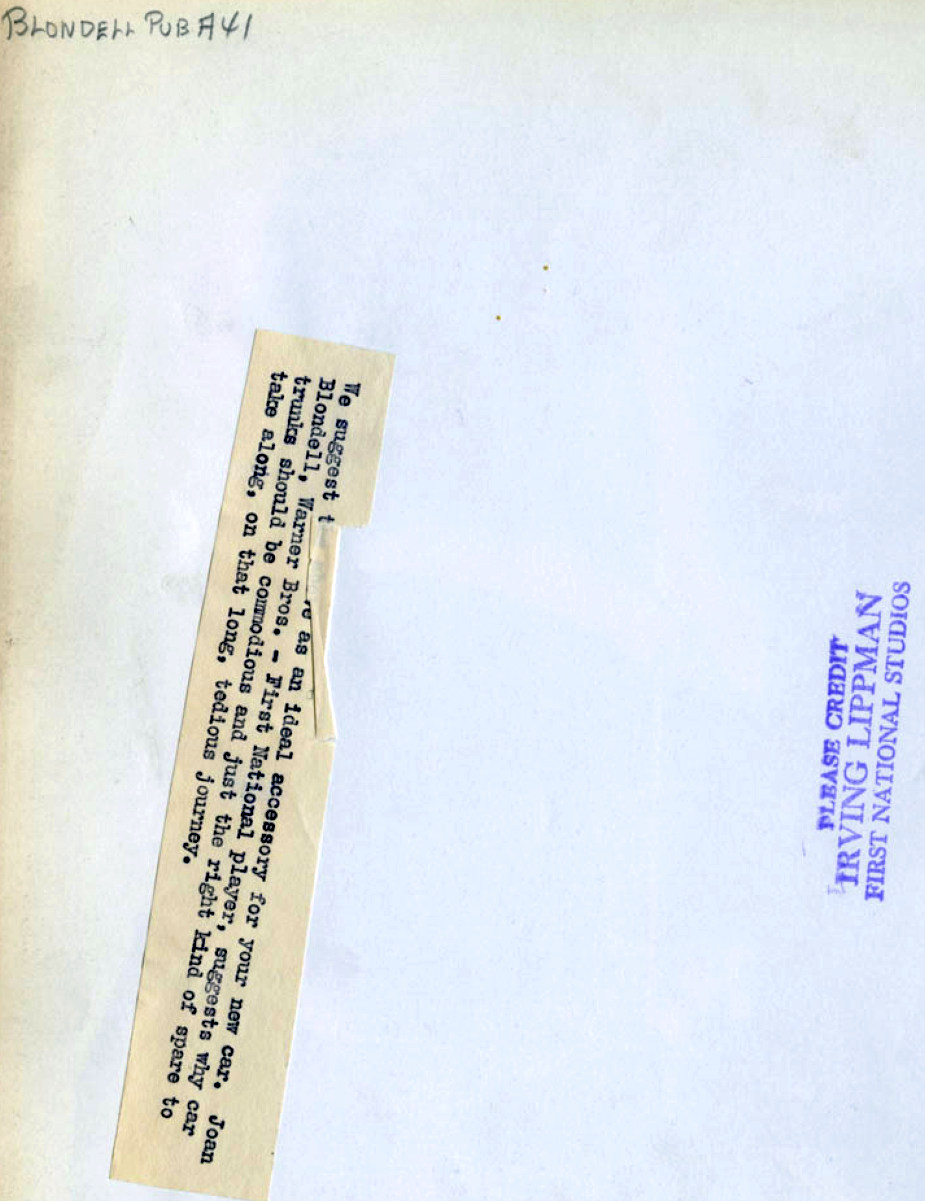 Cute image, and collectors found this rarity at eBay irresistible. About three dozen bids were made, and the winner shelled out a whopping $1,009. Pretty remarkable.
Collapse