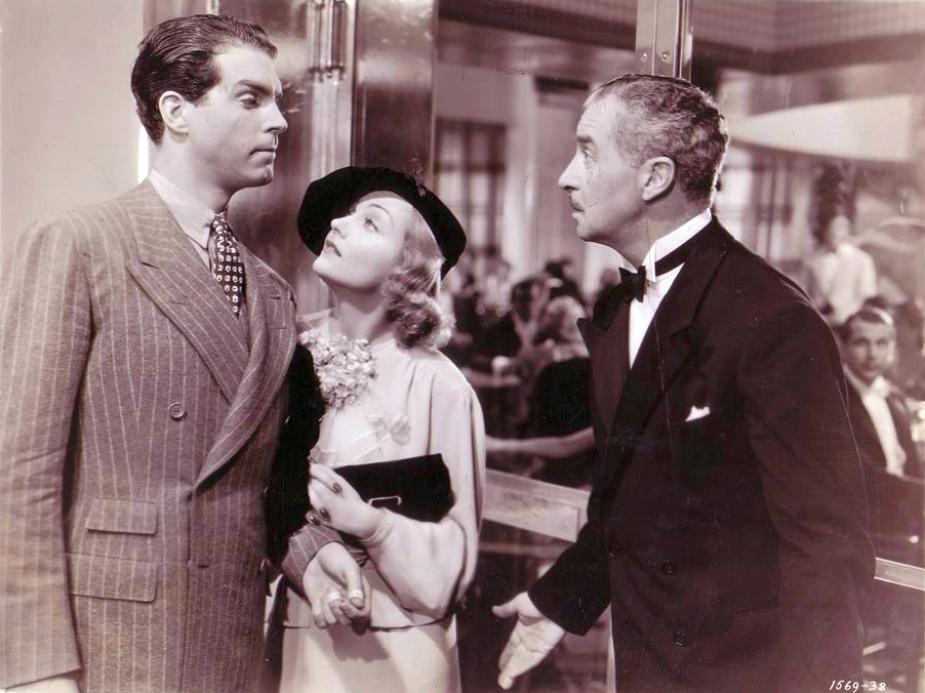 "Hands Across The Table" is the exception that proves the rule when it comes to Carole Lombard's treatment at her longtime home of Paramount. Probably the best film she made there and the first of her movies at the studio to garner top-tier treatment, this 1935 comedy is well-written by Norman Krasna and cleverly directed by Mitchell Leisen, who infuses some genuine sexual tension between Lombard and Fred MacMurray more than a year after the industry began to strictly enforce the Production Code. (MacMurray, whose reliability complemented nearly every actress he worked with, would be Carole's leading man for her remaining three films at Paramount.)

We now have a better idea how the studio publicized and promoted this new, improved version of Lombard. More than four years ago, a press sheet for "Hands Across The Table" made the rounds at eBay ( http://carole-and-co.livejournal.com/231849.html). I have no idea whether it went unclaimed or was sold and resold; whatever, it (or a similar copy) is now in my possession, and I thought I'd share it with you.

This is a British version of Paramount's press sheet (on the American side of the pond, we might call it a press book); it consists of eight pages. I have never seen an American version of this, but aside from a few references tailored specifically for the UK market, I doubt it would be significantly different.

It makes for good reading (much of the material probably was used by British exhibitors), and helps explain what the publicity process was like during the era of classic Hollywood. Dig in: 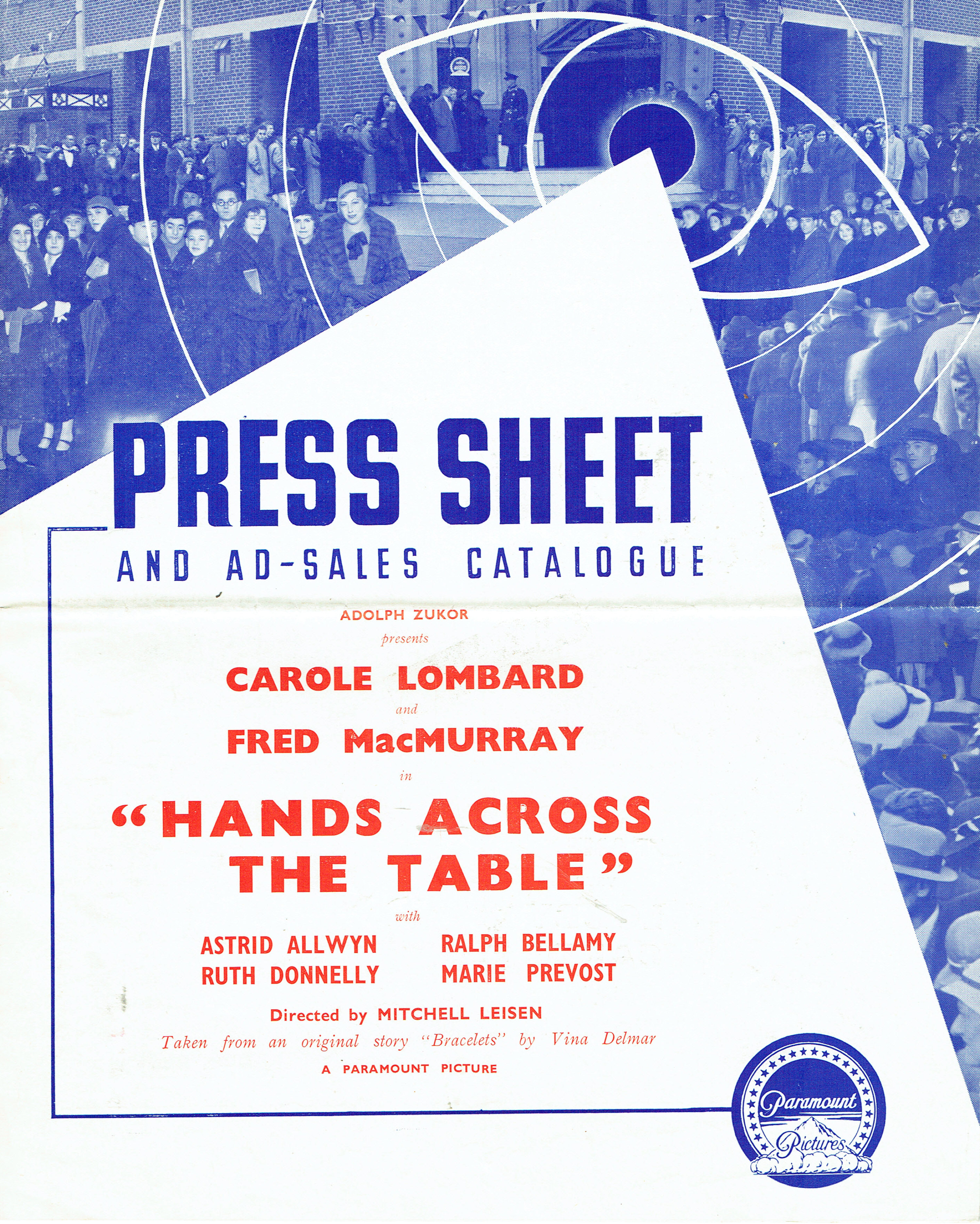 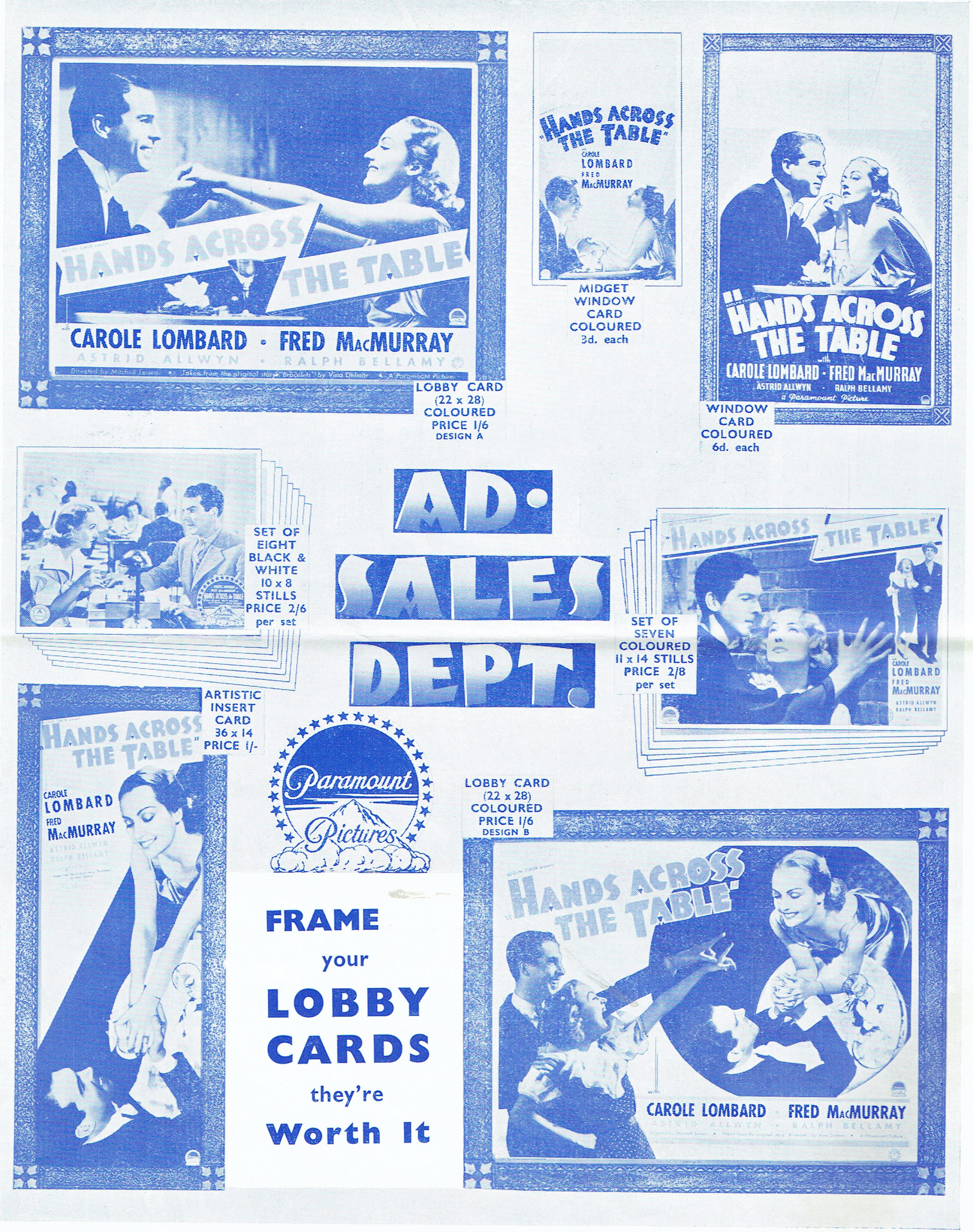 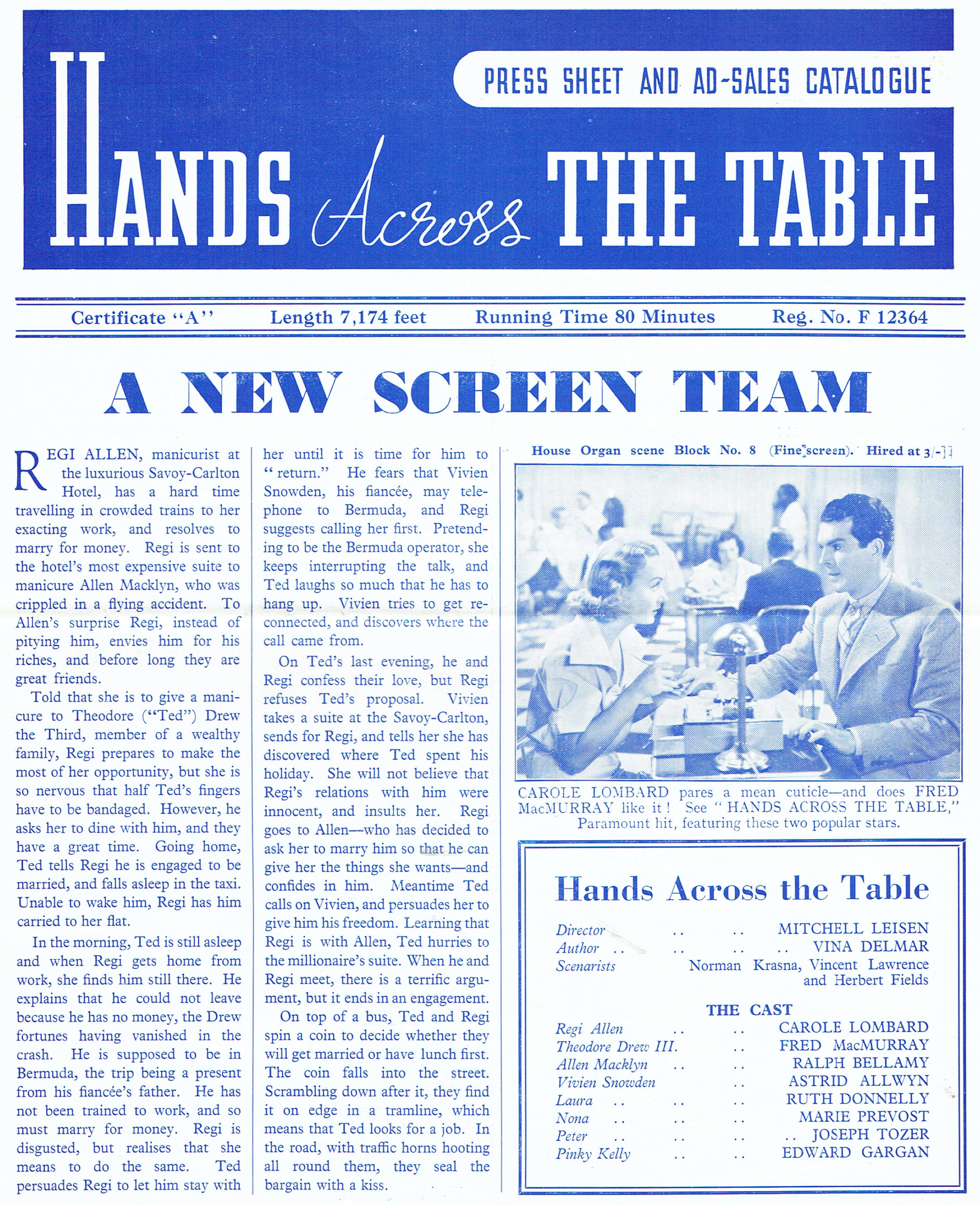 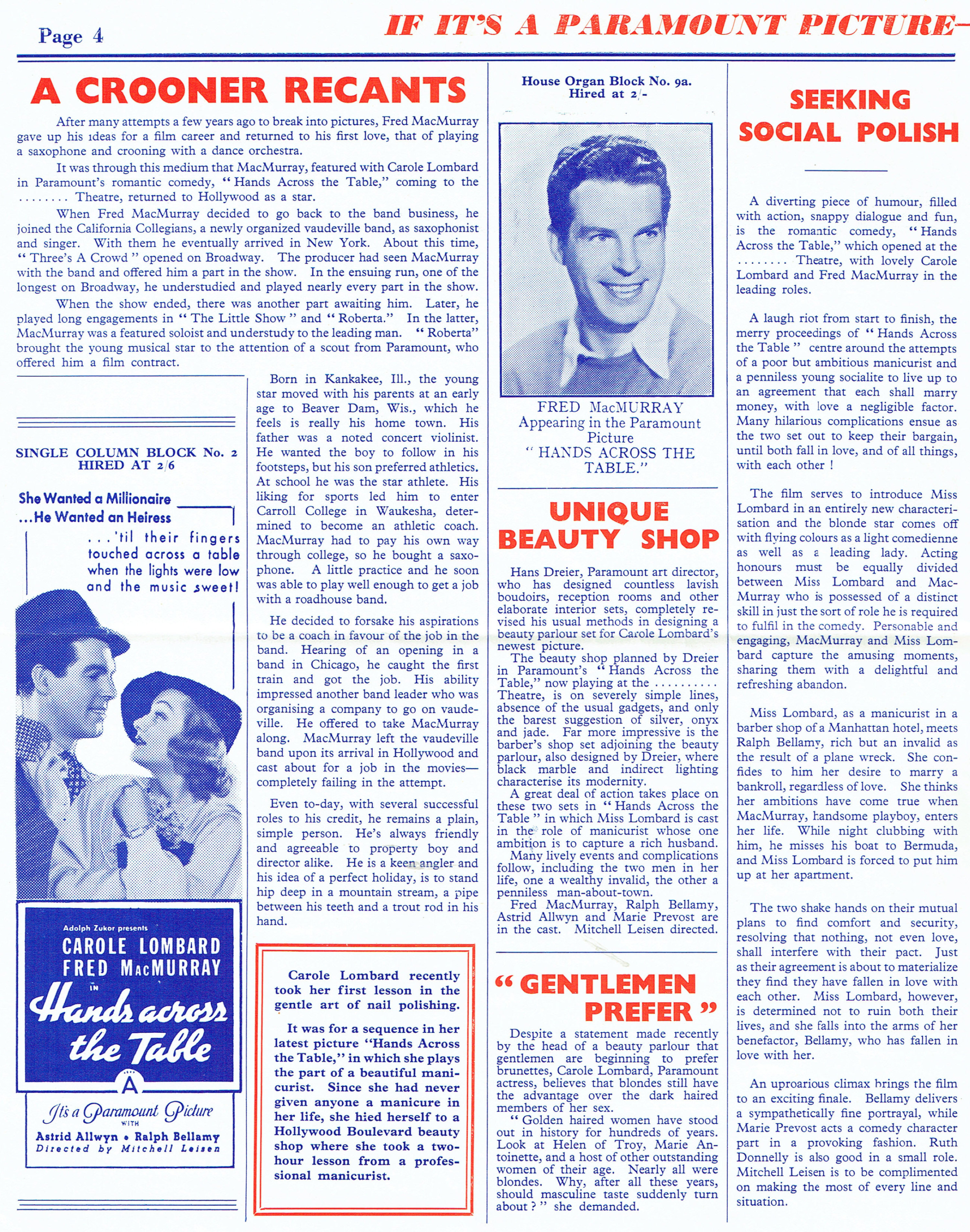 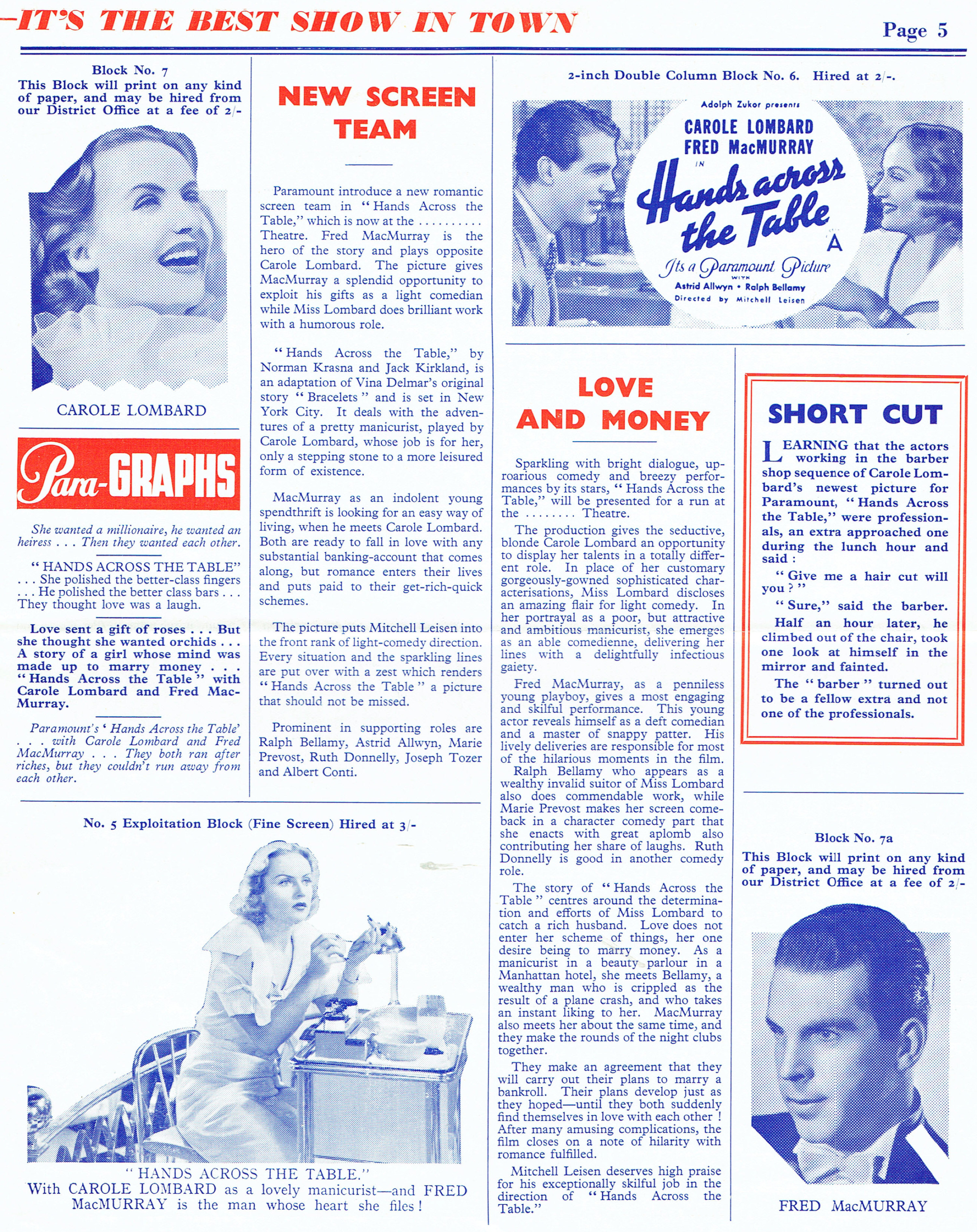 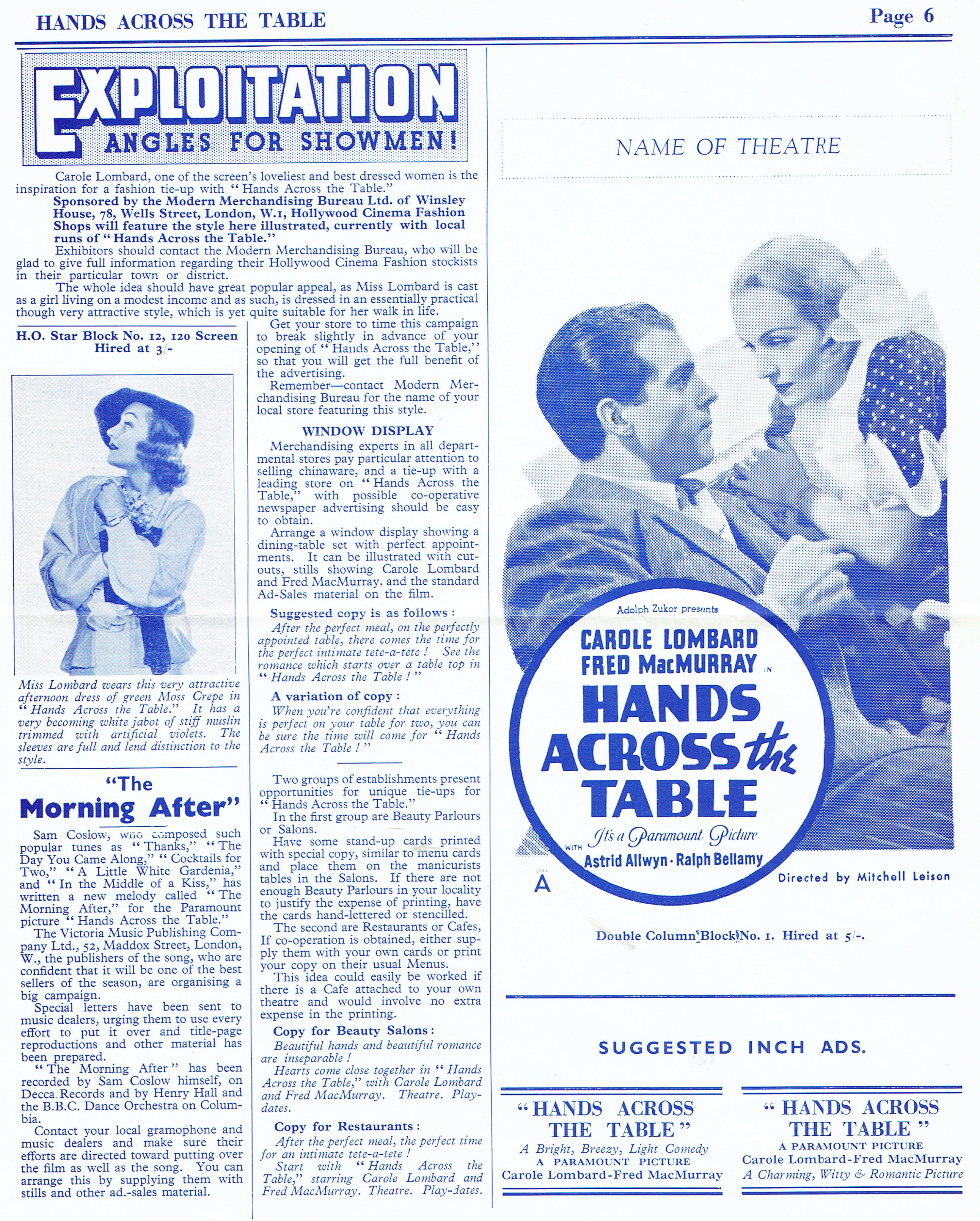 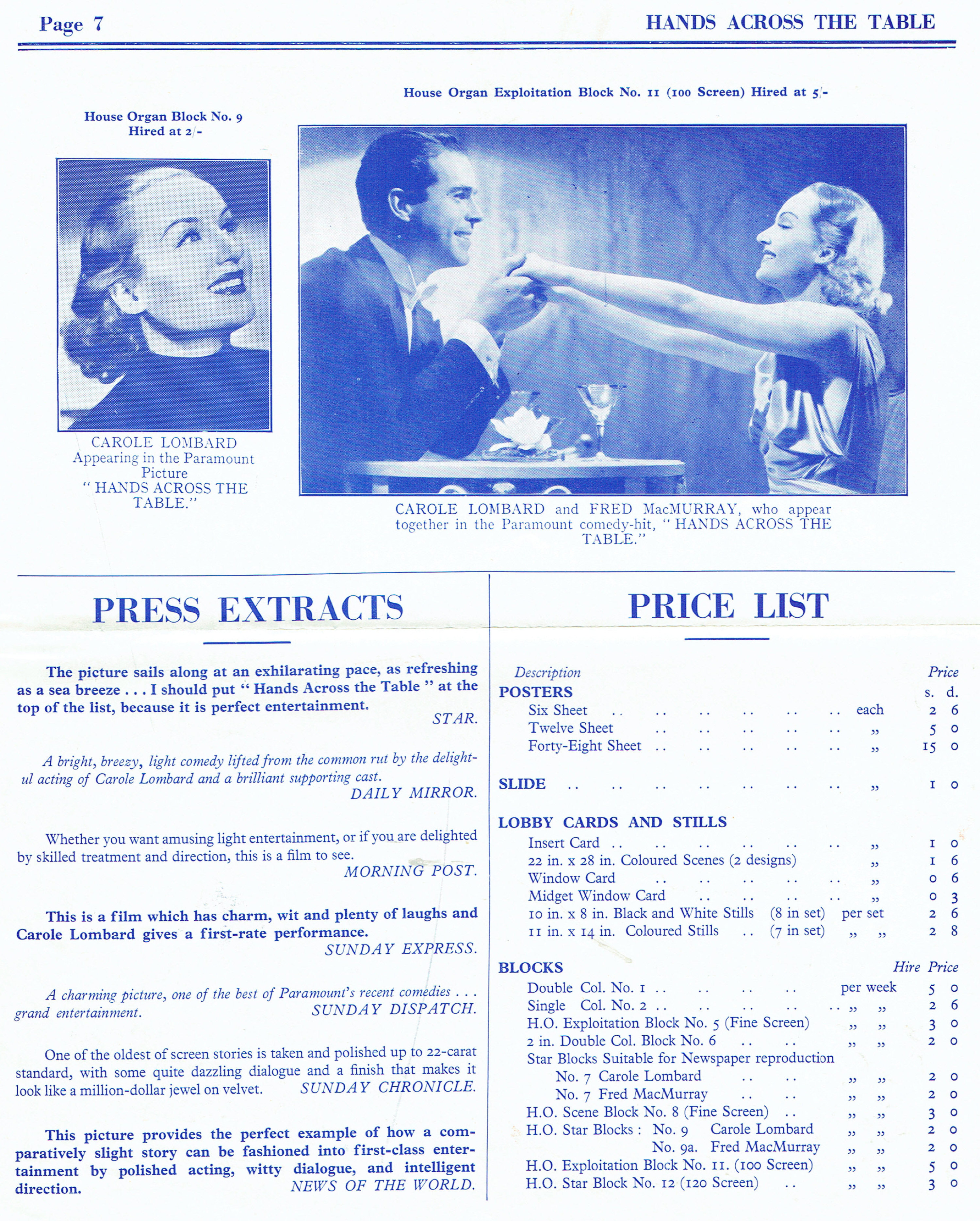 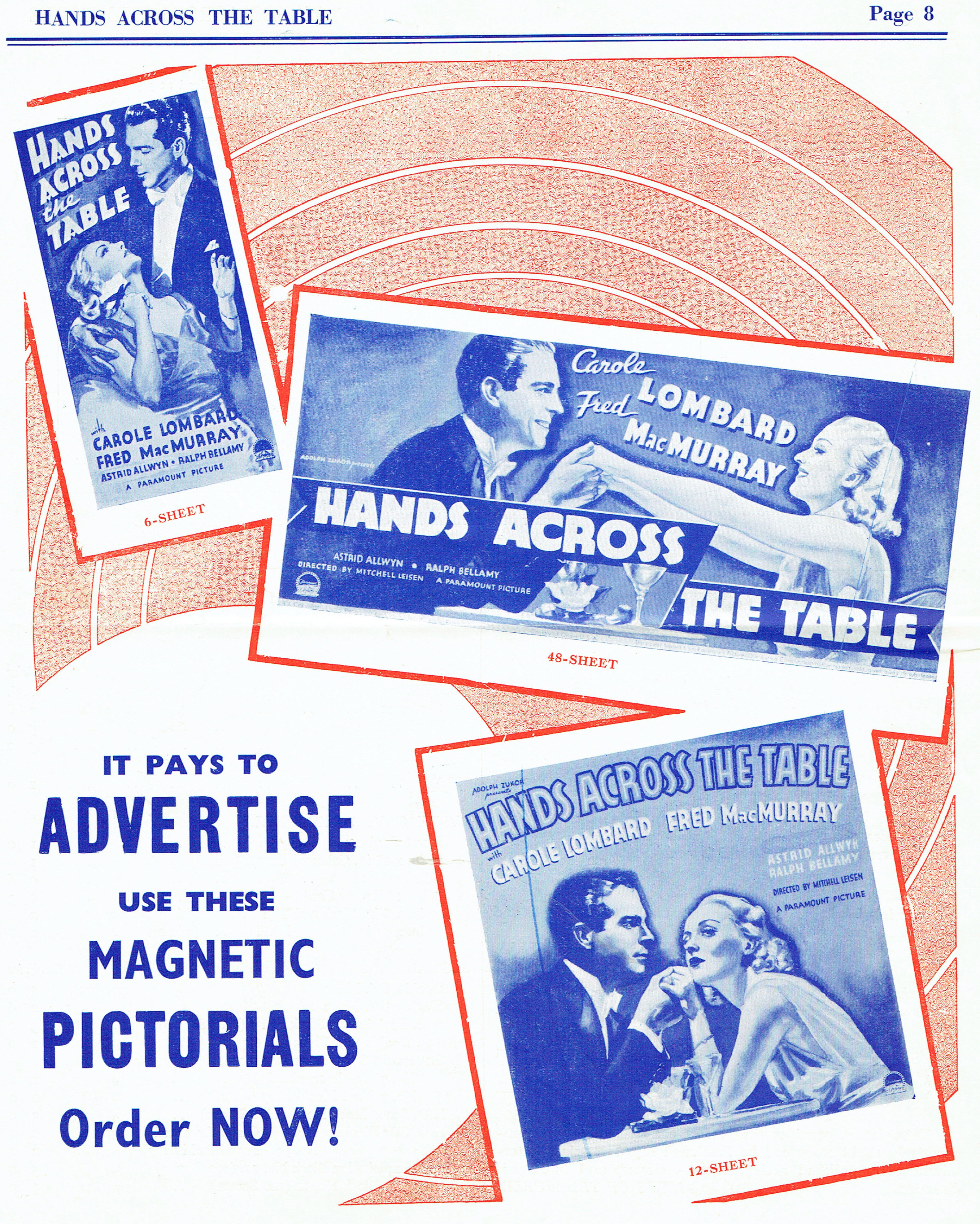