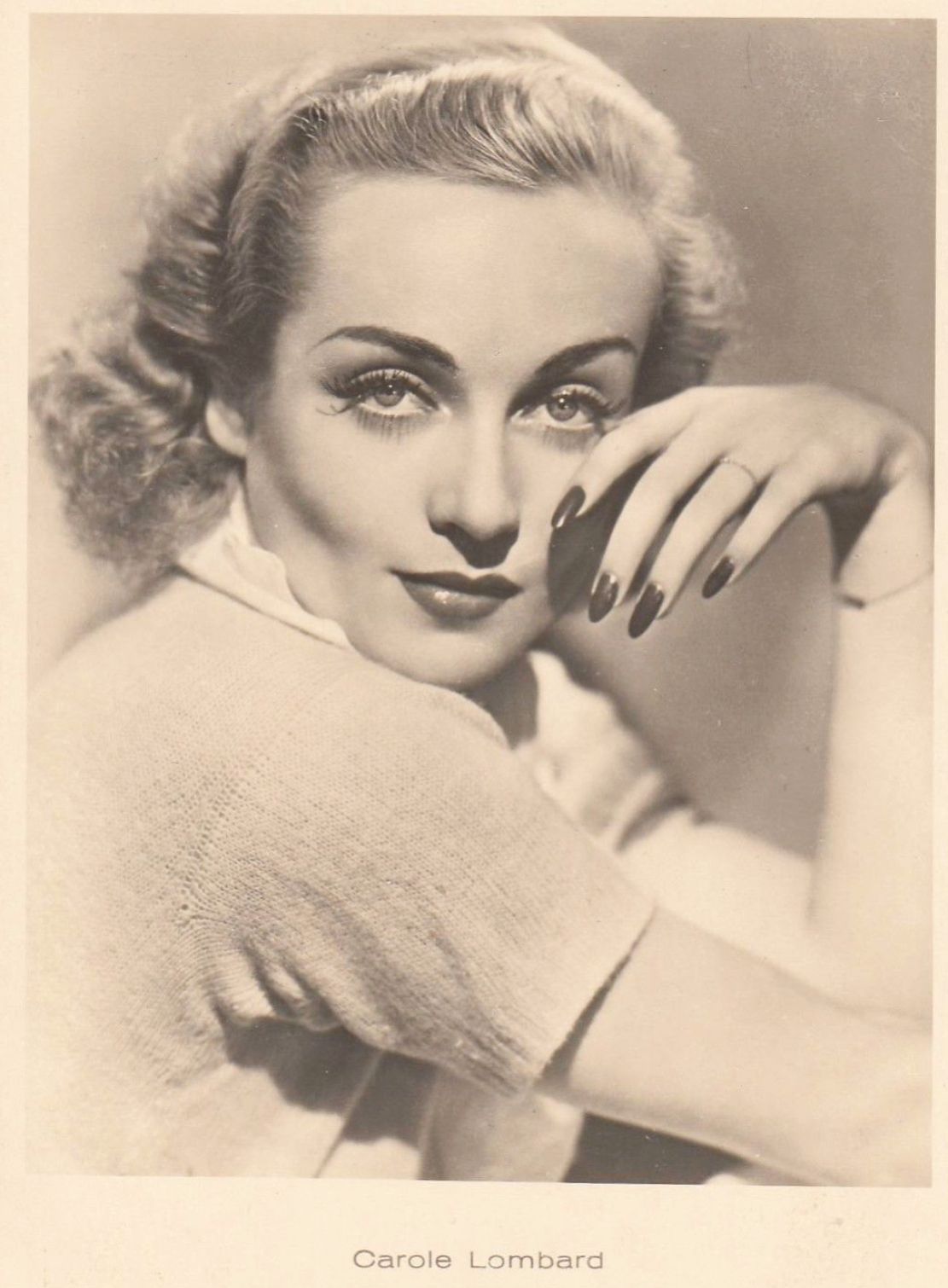 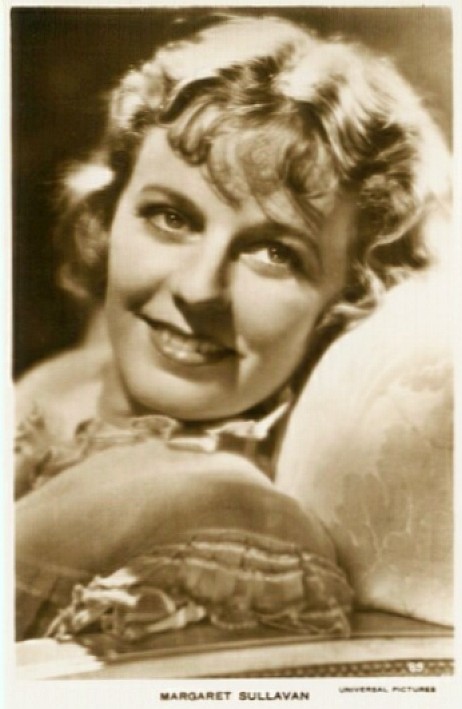 Above, lovely postcard images of Carole Lombard and Margaret Sullavan from the mid-1930s. Now imagine that rather than postcards, these were baseball cards, because we're talkin' trades.

Think of them either as actual cards, traded by kids on the street corner (we frequently did that in my neighborhood while growing up), or as not cards but actual human commodities...ballplayers. Just as teams would make trades, so did studios; the difference was that these almost always were one-picture loanouts and a one-for-one swap (with no players or character actors to be named later thrown into the deal).

Clark Gable's appearance with Lombard in "No Man Of Her Own" came about in just this way. MGM sought up-and-coming Bing Crosby to co-star with its Marion Davies in the musical "Going Hollywood," but he was Paramount property. So Crosby was sent to Metro in exchange for Gable, who was to star opposite Miriam Hopkins (she balked over not getting top billing -- one of the conditions of the loanout -- and Lombard took her place).

Some years later, Carole herself was part of such a trade with Sullavan, which led to arguably her most famous role...and we have documented proof it happened. Here's the story, from the trade publication Universal Weekly of March 21, 1936: 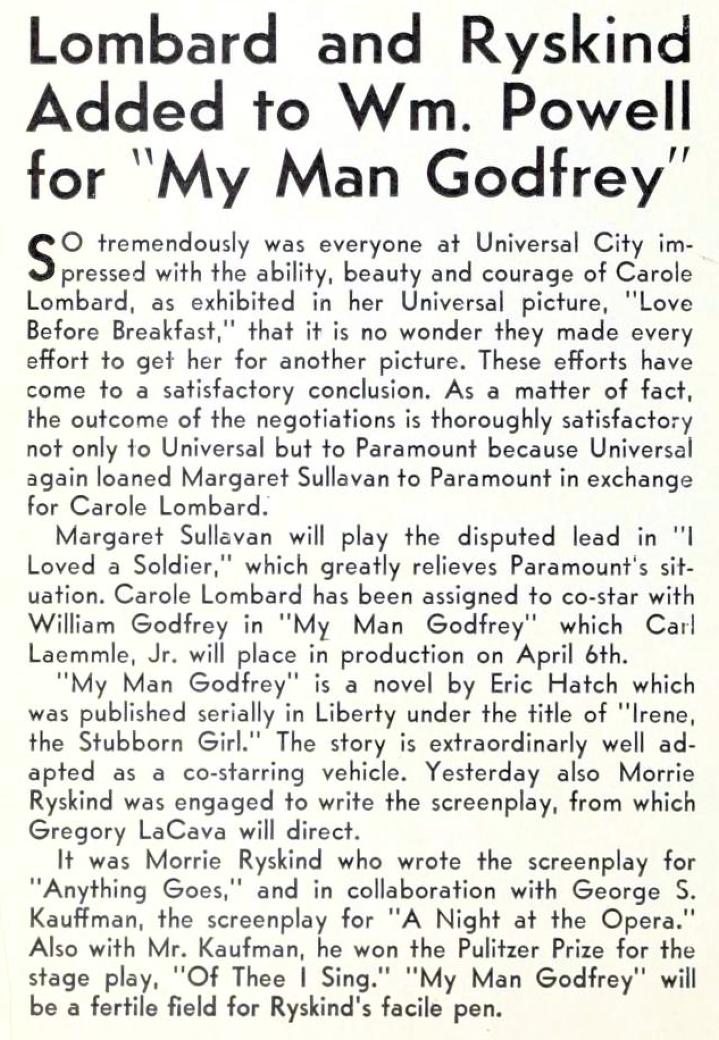 Assigned to star with "William Godfrey"? No, not quite -- it was William Powell whom would be her leading "My Man." If the incorrect reference irked Powell (and probably amused Lombard), he was more than pleased otherwise, for it was he who lobbied Universal to hire his ex-wife for the role (the studio's first choice was not Sullavan, whose comedy forte was romantic rather than screwball, but Constance Bennett, who might have pulled it off but whose flighty nature Powell wanted no part of). It also was announced Morrie Ryskind, whose previous collaborators ranged from the Gershwins ("Of Thee I Sing") to the Marxes ("A Night At The Opera"), would write the screenplay. The result was not only boffo box office, but Oscar nominations for Lombard, Powell, Ryskind (shared with Eric Hatch) and several others. 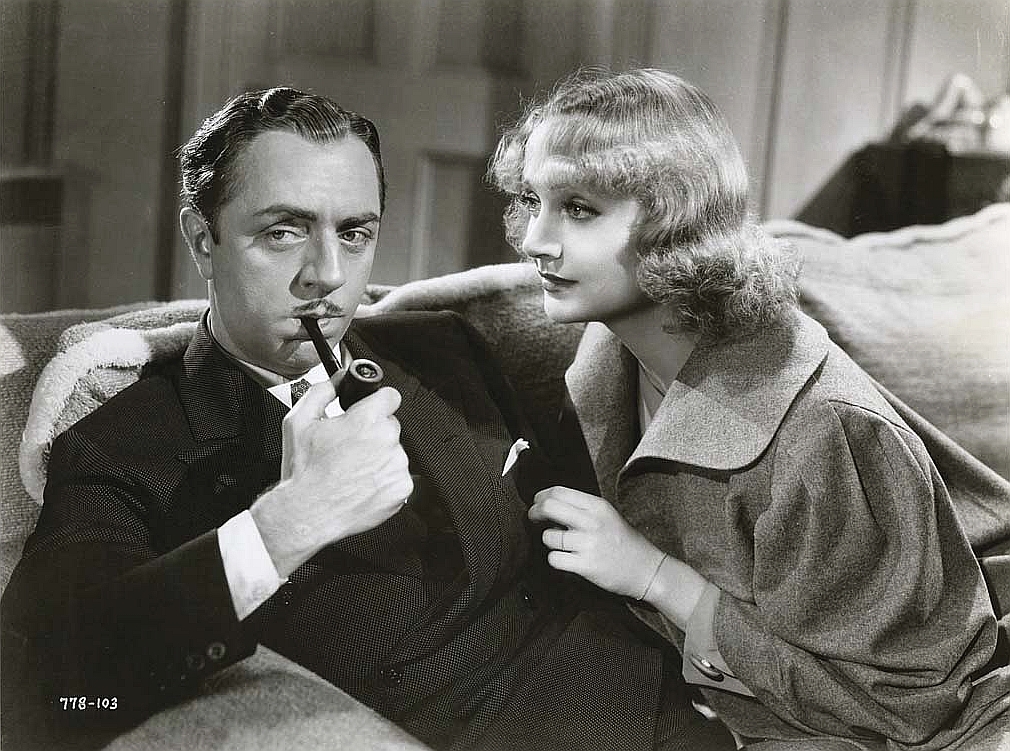 As for "I Loved A Soldier"? Well, let's just say that had this been a baseball trade, it would have been the equivalent of highway robbery. This was to have been a Marlene Dietrich-Charles Boyer starring venture, a remake of the 1927 Pola Negri silent "Hotel Imperial." But disputes between Dietrich and director Henry Hathaway led Ernst Lubitsch, Paramount's head of production at the time, to shelve the project after a few weeks after briefly replacing Dietrich with Sullavan (note the reference to "troubled lead") and no footage, with either Dietrich or Sullavan, is known to have survived. (The project ultimately was recast with Isa Miranda and Ray Milland, renamed "Hotel Imperial" and released in 1939 to little fanfare.)

...and the issue provides proof of both (positive) reviewer reaction and how the film was being marketed at the famed Roxy in New York, where according to the item above, it was doing solid business: 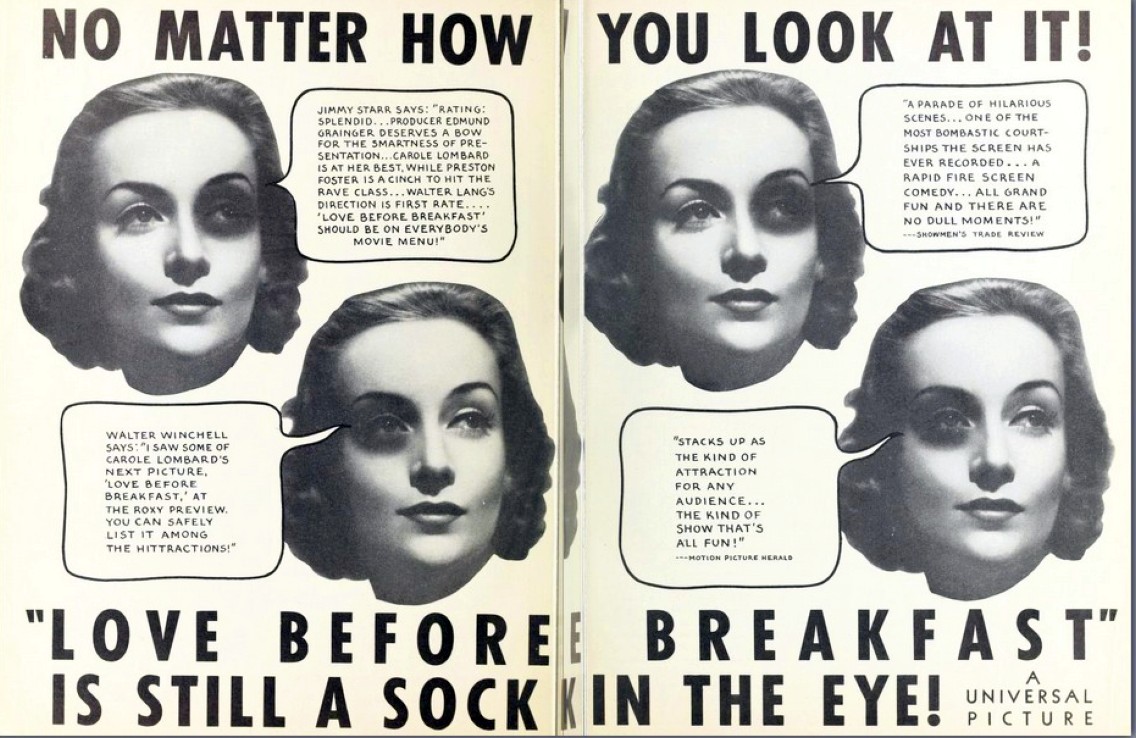 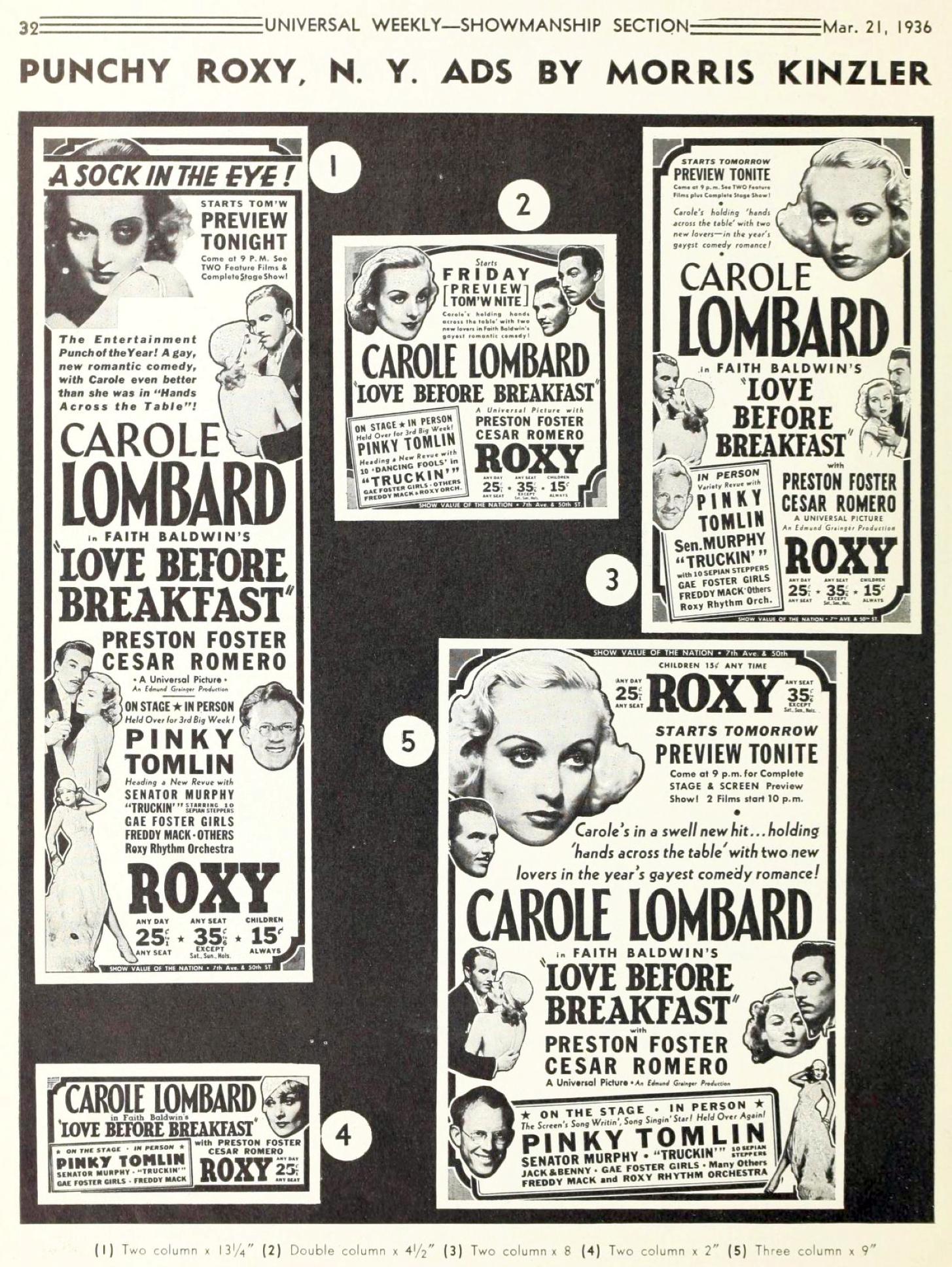