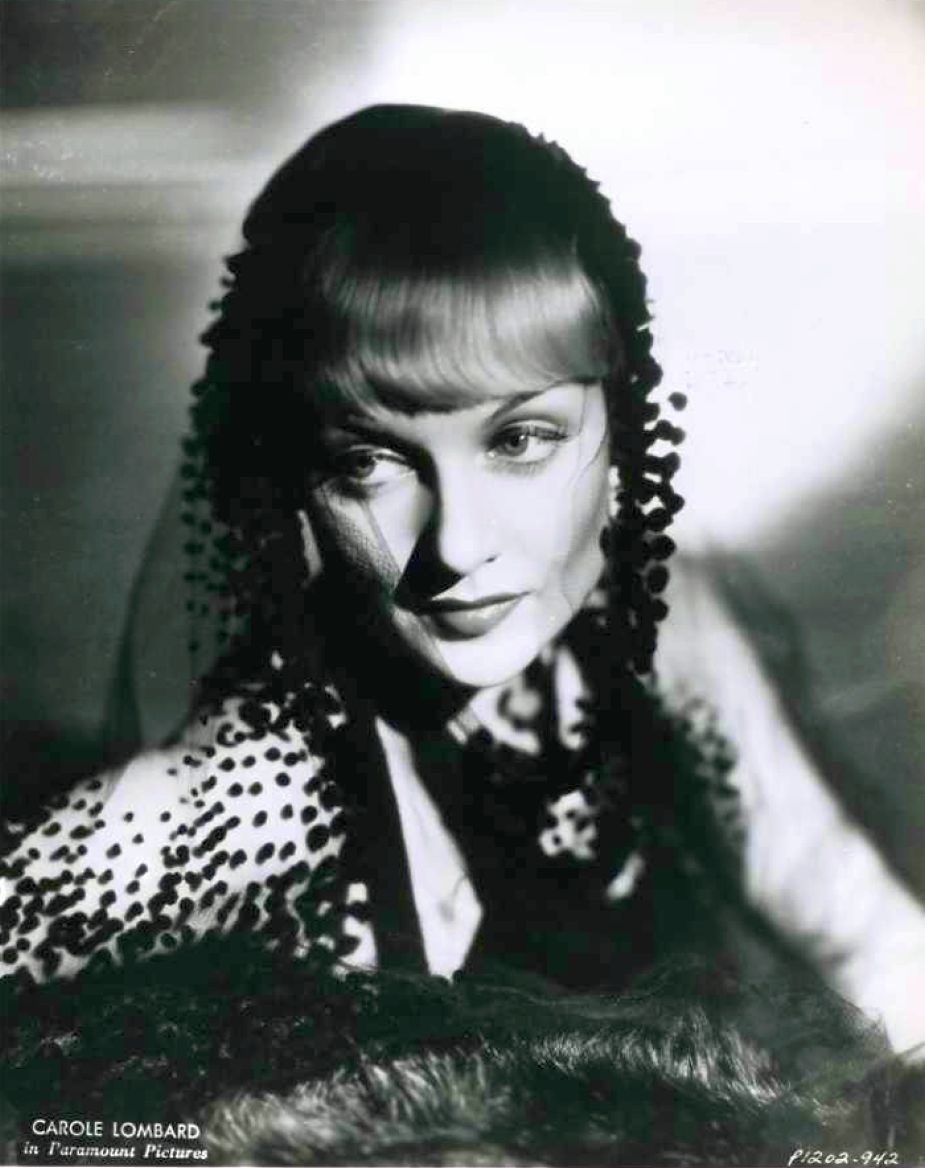 We're concluding our examination of Carole Lombard Paramount portrait rarities today with a bang...or should I say, "bangs." The first three of these pics show Carole wearing bangs, a style she occasionally tried during the early and mid-1930s. This image, p1202-942, is from the early part of 1935, with Lombard as a senorita of sorts. As with the pics in days past, these all measure 8" x 10", are not vintage but struck from original negatives, and are on sale (not auctioned) at eBay for about $15. Find out more about the portrait above by visiting http://www.ebay.com/itm/Carole-Lombard-8x10-Photo-G1834-/370926548276?pt=LH_DefaultDomain_0&hash=item565cf1f534. 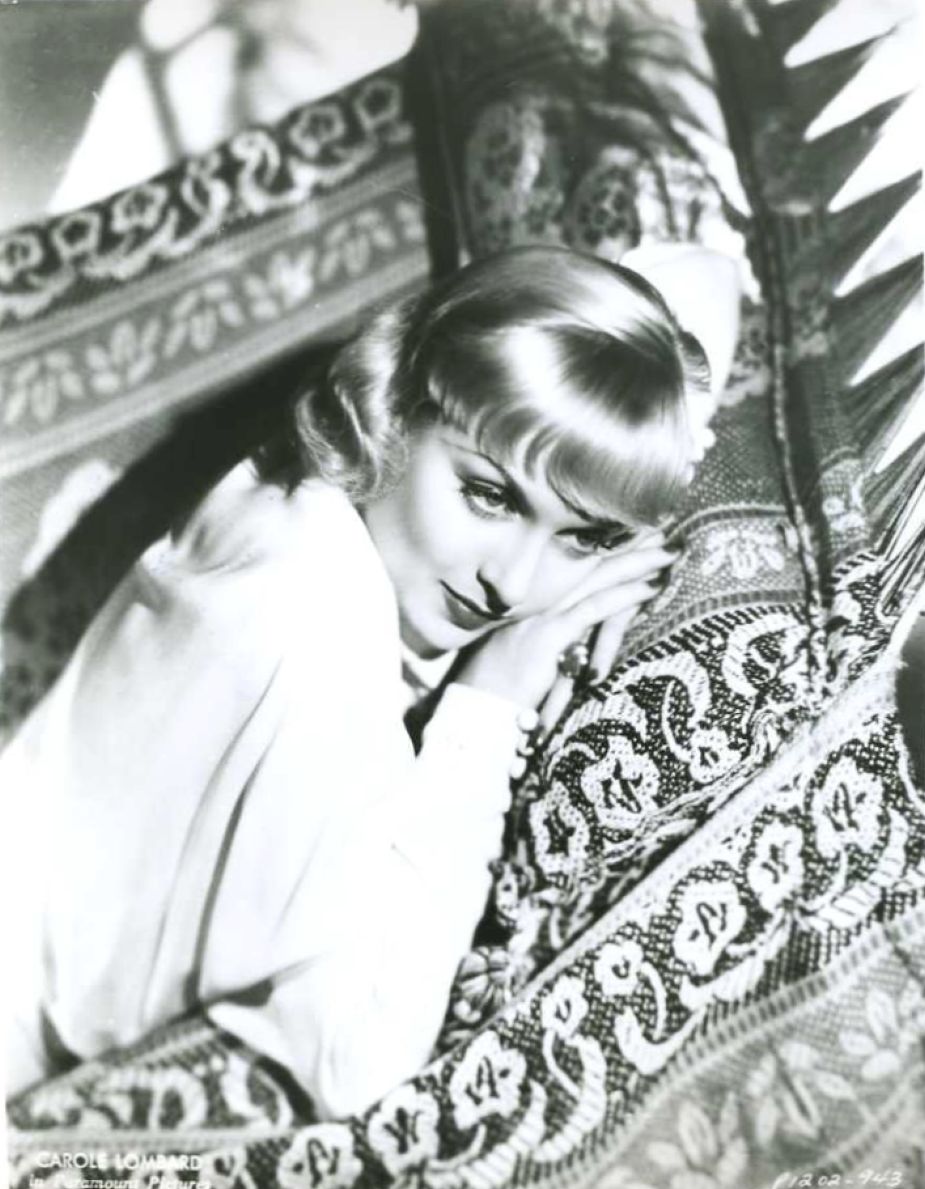 To p1202-949 we go, and Lombard still has those bangs -- and makes sure we notice her famed sapphire ring: 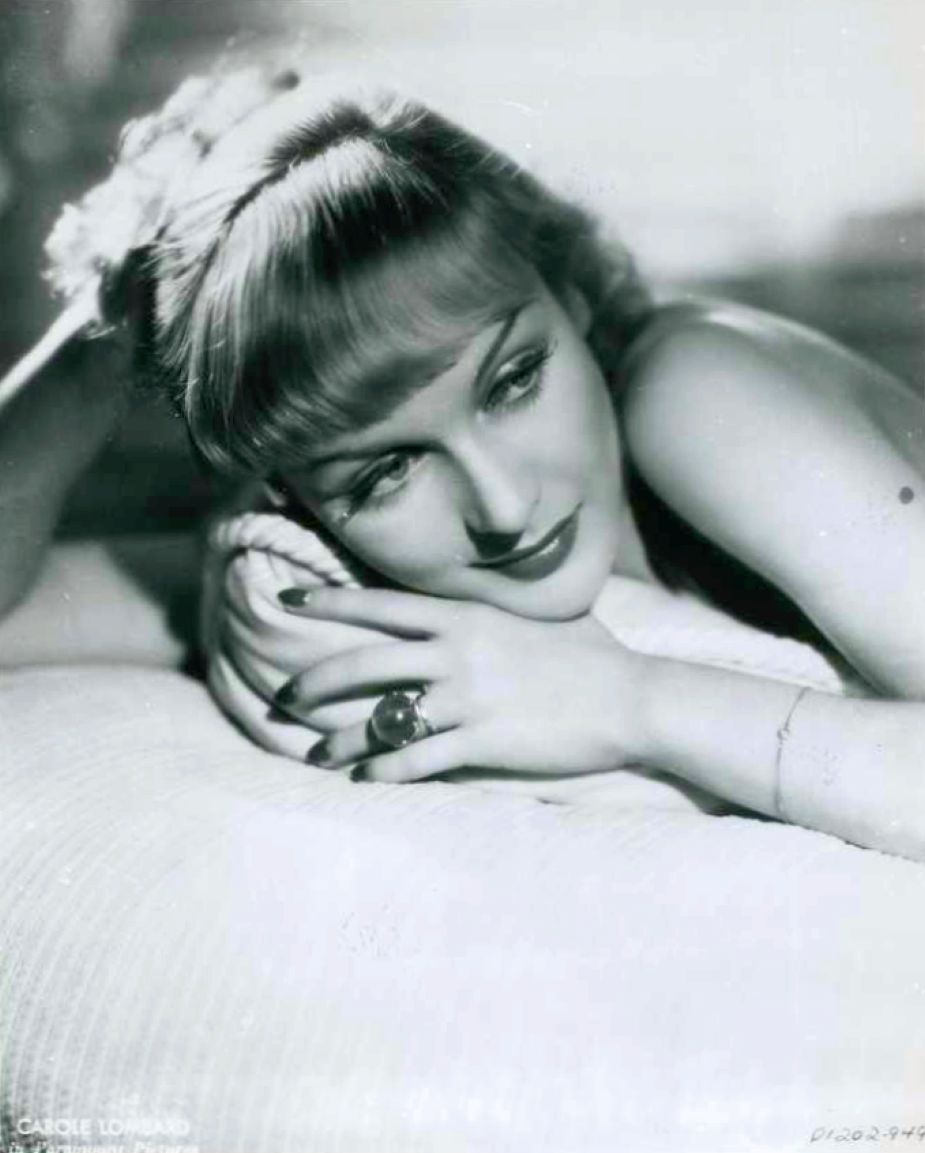 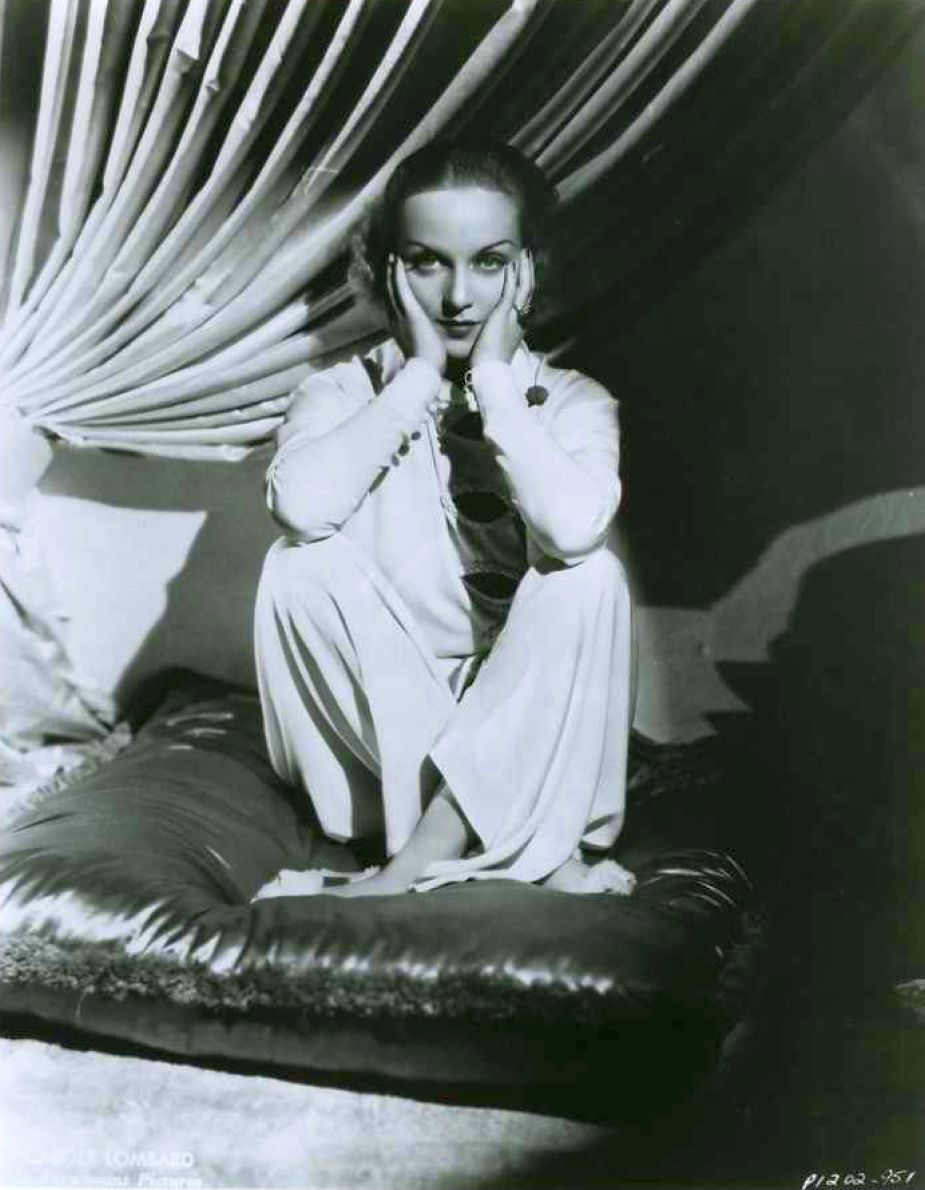 Finally, we move up to later in '35, as Lombard rocks the Asian look in p1202-1101. OK, no one is going to ask her to pull a Myrna Loy or Loretta Young and ask her to play the real thing (how many blondes are natives of the Orient?), but who cares? 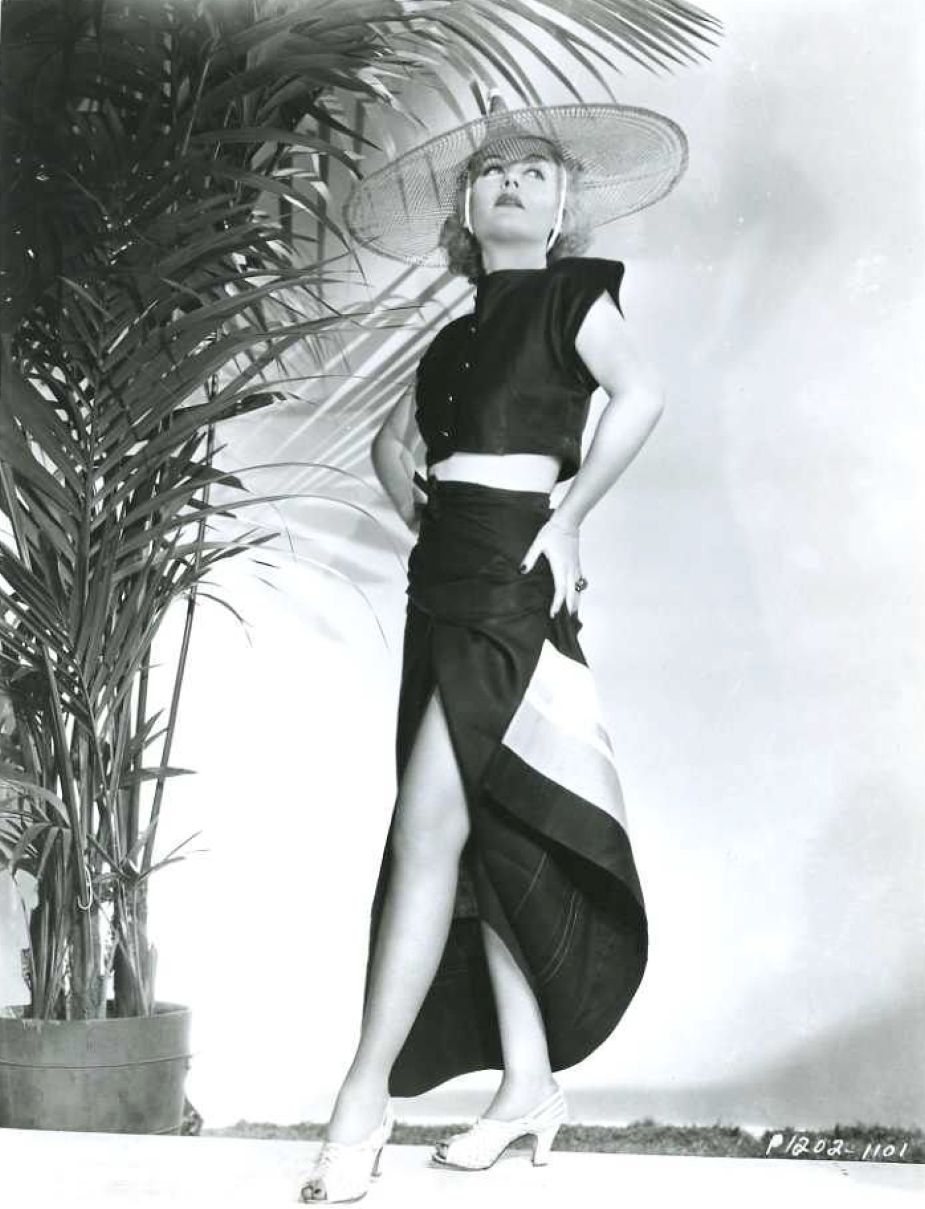 Think you've seen that image before? Well, almost. The next shot, p1202-1102, is very nearly a duplicate of that pose, but here Carole doesn't show quite as much thigh, but more of a smile: 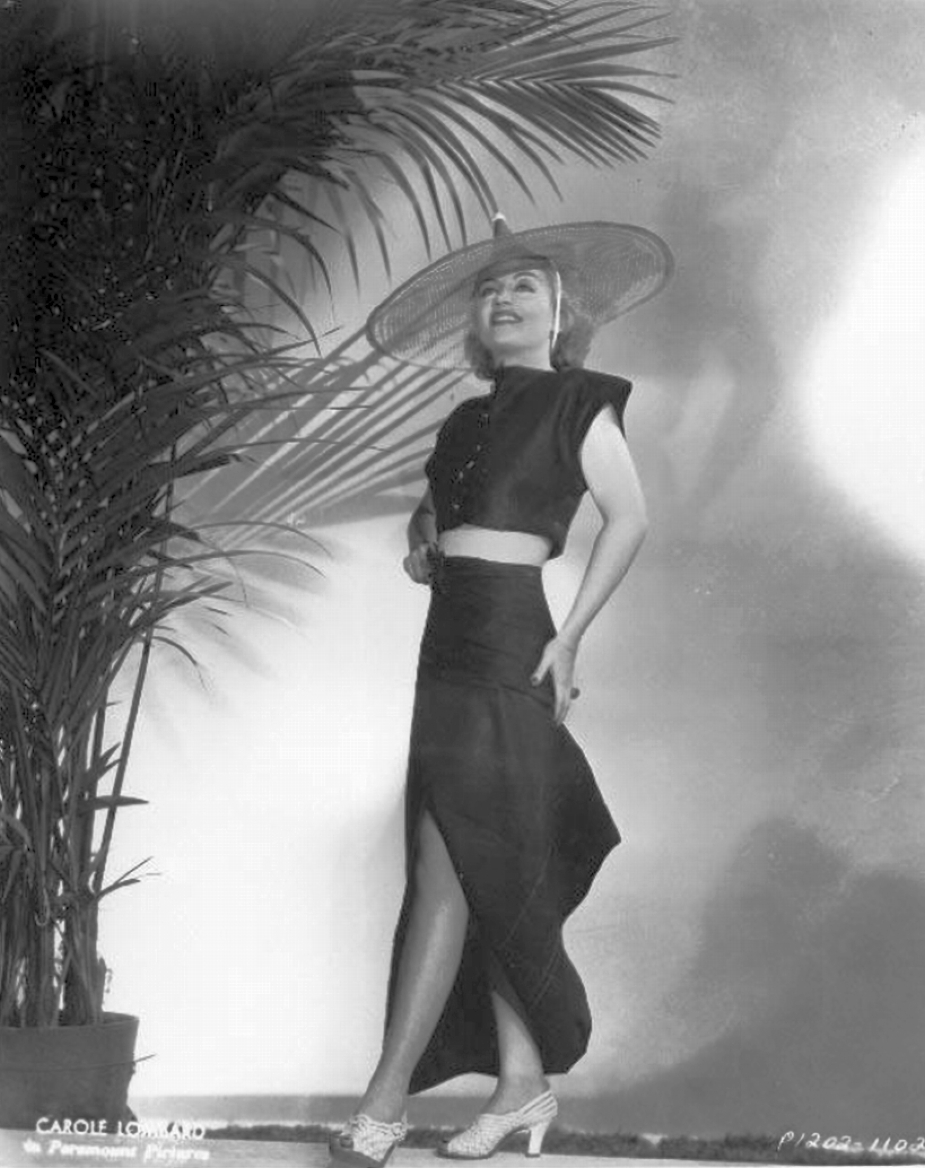 And as for "The Great Silent Recasting," which we've been running the past few days? It technically ended Monday, and we have a few more samples of films from within the past 48 years converted into silent-era "pre-makes." We'll kick off this edition with something from a site called "The World's Funniest Dissertation," which focuses on Laurel & Hardy and all things classic comedy. The film? "Ghostbusters." The time? Reset from 1984 to about 1928. The studio? Hal Roach. And the ectoplasm pursuers? How about...

Here's a drawing of Chase, Hardy, Laurel and Lloyd (with a ghost who must be a fan of Buster Keaton):

Among others in the cast: Thelma Todd, Mildred Davis (Lloyd's real-life wife and former leading lady), Edgar Kennedy and James Finlayson. Looks like that would've been a lot of fun, though I can't imagine how a 1928 theme song would get the catchphrase "Who you gonna call?" in the lyric. Give it a read at http://comedydissertation.wordpress.com/2013/11/04/if-ghostbusters-was-filmed-in-the-1920s/.

Another hit fantasy gets the silent treatment. Imagine Harry Potter as a 1917 serial (in 17 parts!). That's the idea the Movie Rat (aka Bernardo Villela) has left us with, and he's really gotten into the concept, as this is adapted from the 1897 novel (that's not a typo) from J.K. Rowling's first book in the series:

He goes into a history of how the rights went from company to company before it finally became a joint Gaumont-Universal production, shot at the new Universal City lot. (Sorry, Warners, but you weren't a studio in 1917!) Respected French director Louis Feuillade was at the helm, and the juvenile cast members were actors for the most part little remembered today, or remembered for the wrong reasons (e.g. Mary Miles Minter as Hermione) -- but among the adults, John Barrymore gets to play Dumbledore, Fatty Arbuckle is cast as Hagrid and Lon Chaney portrays "the one who must not be named." The entire fascinating scenario can be found at http://themovierat.com/2013/11/04/silent-recasting-blogathon-harry-potter-and-the-philosophers-stone-1917-a-17-chapter-serial-by-louis-feuillade/.

And finally, the Mythical Monkey concludes his quartet of pre-make posters as director William Wellman follows up his award-winning "Wings" with another aviation tale -- this with two of its stars, Clara Bow and Gary Cooper. The film is the 1983 Tom Selleck vehicle, "High Road To China":

Great job, everybody (and if I missed your entry, please let me know).

Lombard and her large hat are surrounded by sunbeams in her latest LiveJournal header, p1202-253.
Collapse