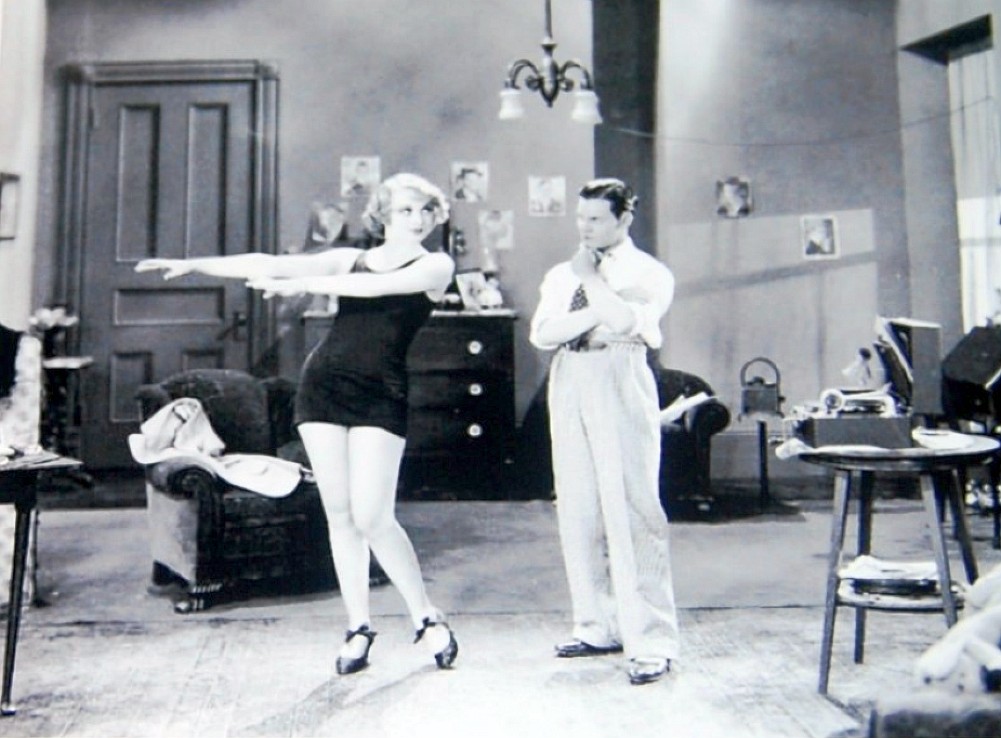 Carole Lombard and Eddie Quillan of "Show Folks" are here to remind you that a week from today, "Carole & Co." will be host for another blogathon. Hard to believe it's not that far away.

Oh, you say you hadn't heard about the event? Well, it's called... 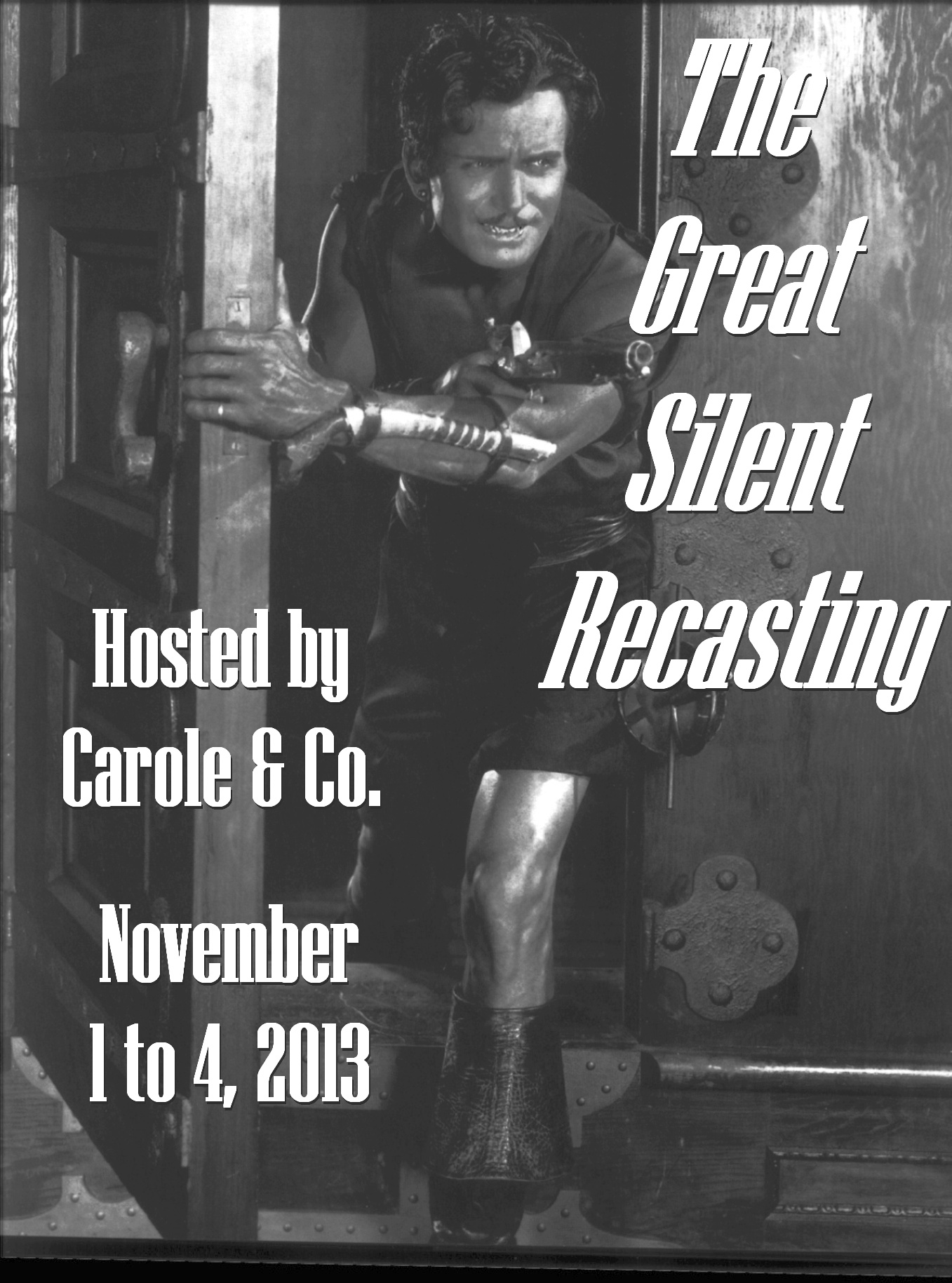 ...and it works like this: Choose a film made after 1965 (the unofficial end of the "classic era") and rework it as a silent-era movie, with a cast (stars and principal supporting players), director, studio and year (no later than 1929) -- and all personnel involved in the production have to be alive and working in the industry at the time of its "release."

(Above is Douglas Fairbanks from "The Black Pirate" in 1926.)

It promises to be plenty of fun, and as you see above, it's slated to run from Friday, Nov. 1 to Monday, Nov. 4. If you'd like to choose a movie and give a date for publication, leave a comment at the end of this entry. (I'll be creating one -- Lombard-related, of course -- but you'll have to wait till next weekend to find out more.)

Meanwhile, let's get you in the mood with some "reimagined" posters from Fritzi Kramer at http://moviessilently.com (rest assured, a poster is not a prerequisite for participation). Remember "The Fugitive," with Harrison Ford? This version has Harrison Ford, too -- but it's the original actor by that name (and a considerable star in his own right in silent days), and it takes place in 1923, with Lon Chaney as Ford's pursuer: 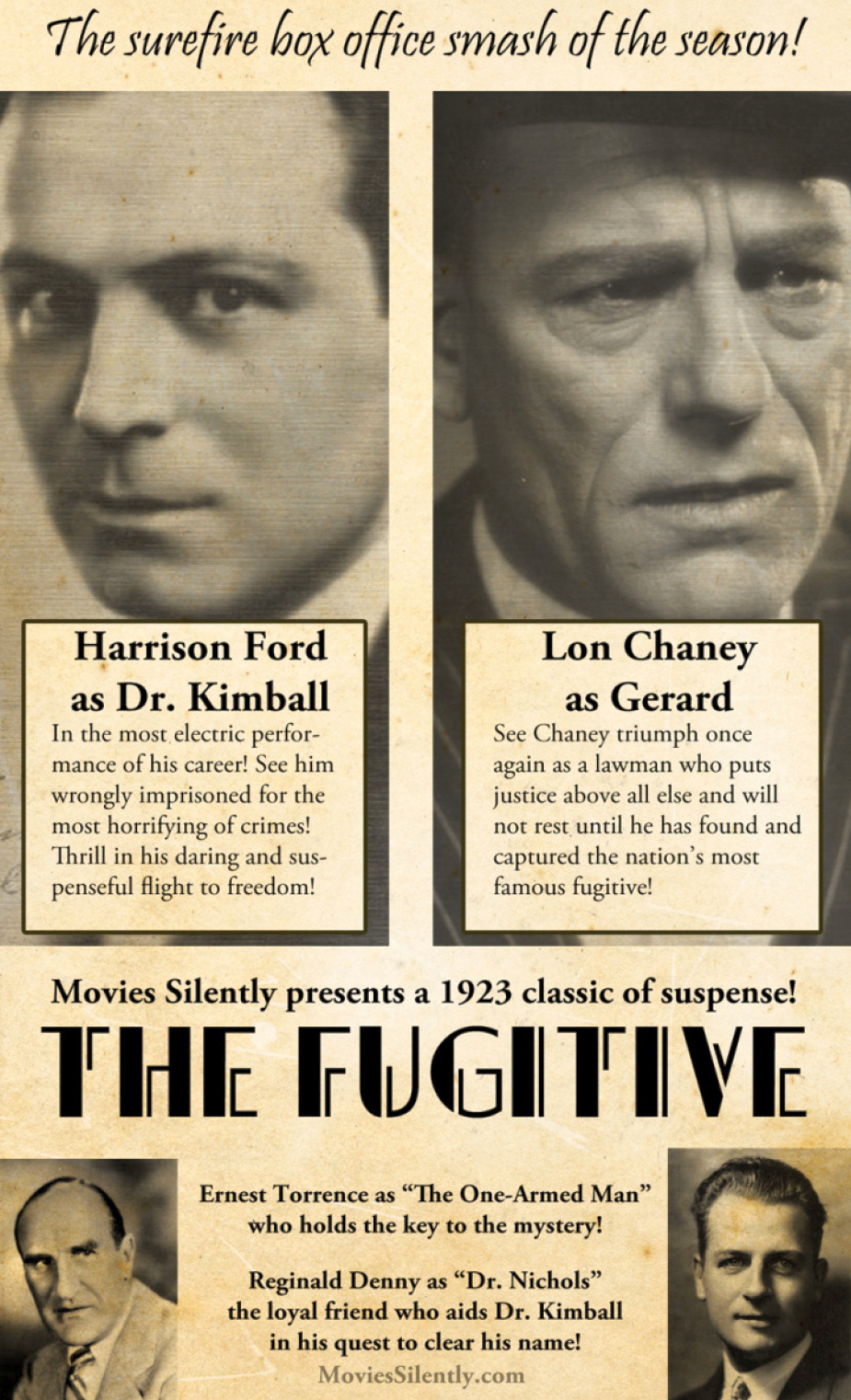 And some 35 years before Barry Nelson became the first actor to play James Bond (albeit an Americanized version, on television), Clive Brook gets to portray 007 in a 1919 version of "Casino Royale" (I assume this is adapted from the Ian Fleming novel, not the 1967 spoof): 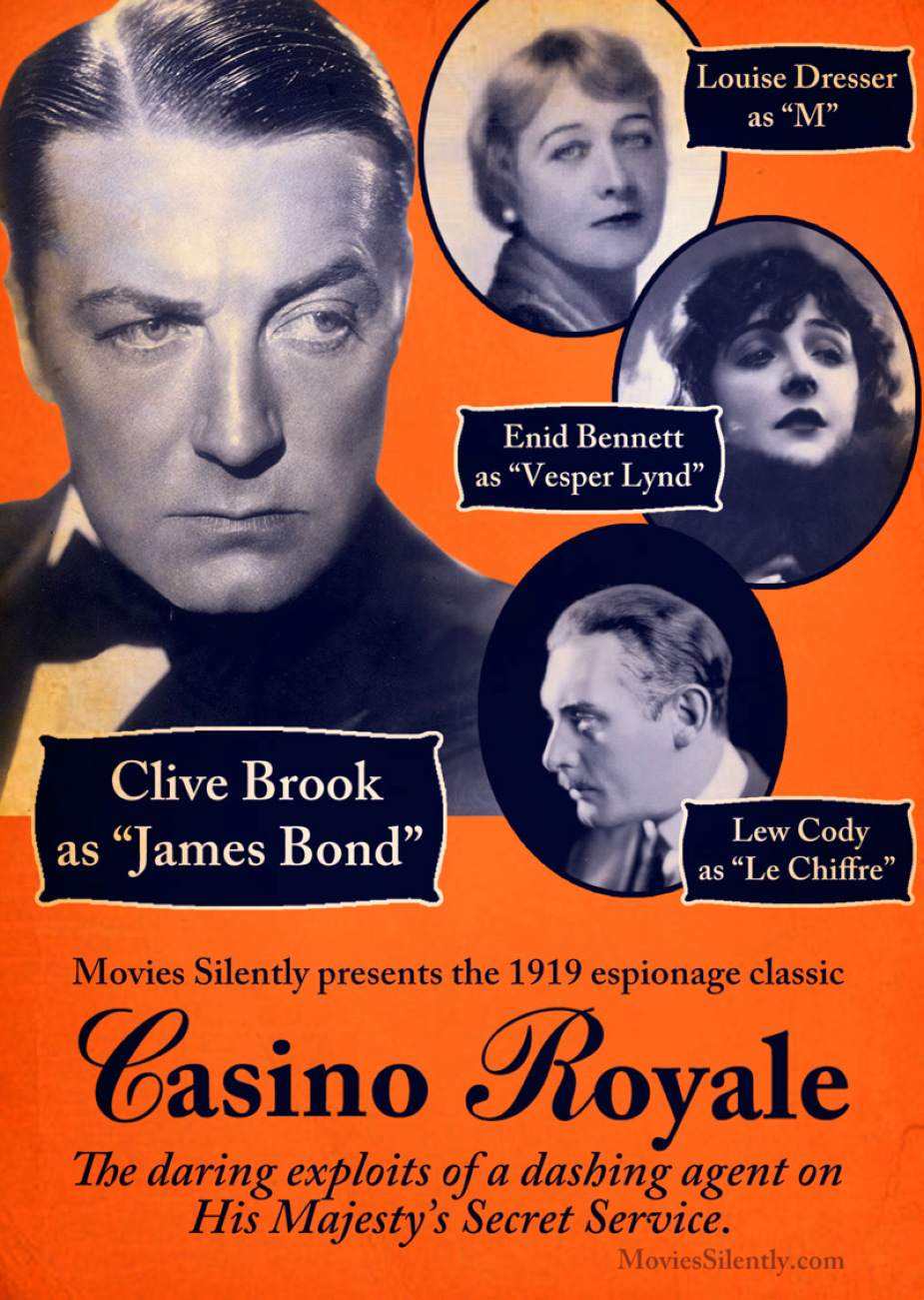 Trying to imagine "Shaken...not stirred" as a title card. (Prohibition wouldn't take effect nationally until mid-January 1920, but this still might incur the wrath of the Women's Christian Temperance Union.) We eagerly await your participation.