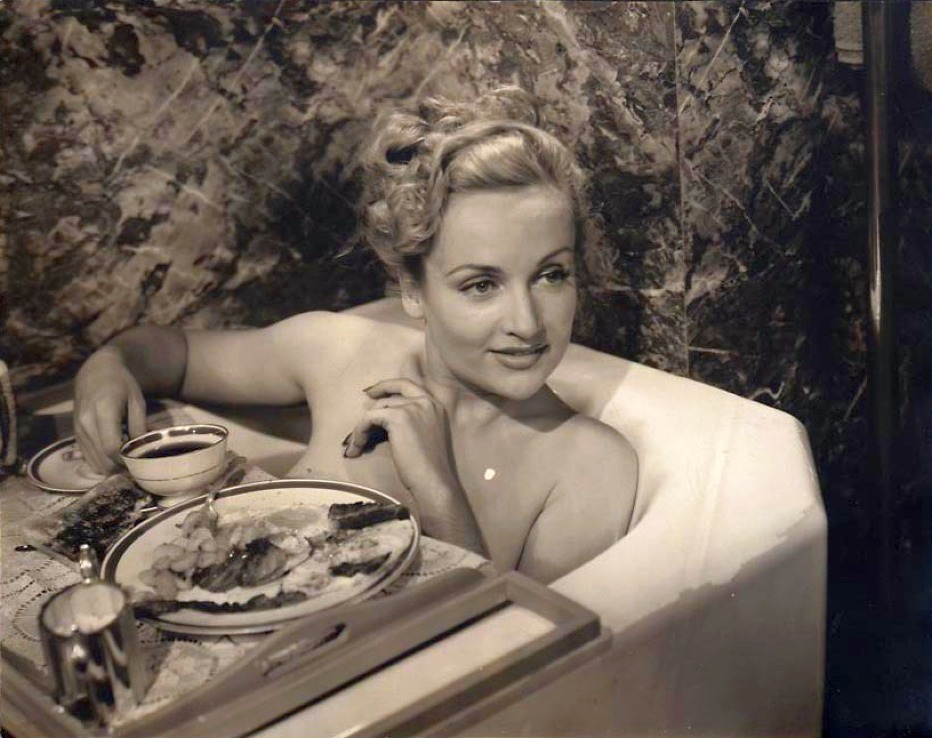 And you thought sexy pictures of Carole Lombard -- really sexy pictures -- went by the boards once Clark Gable took her out of circulation. So did I, for that matter, until I came across the photo above...or these two similar images: 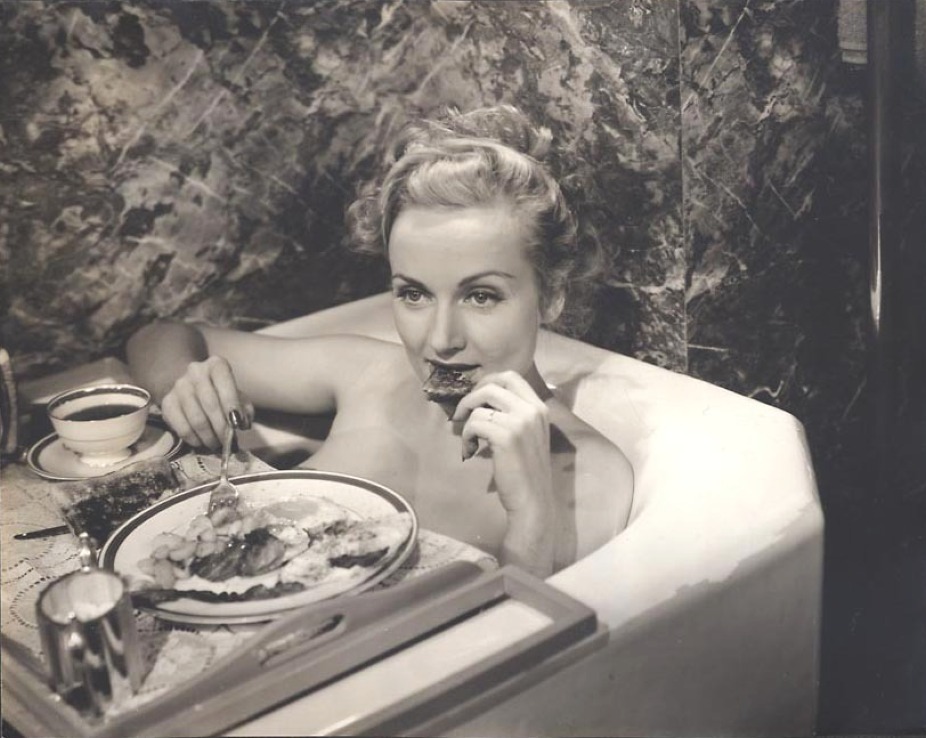 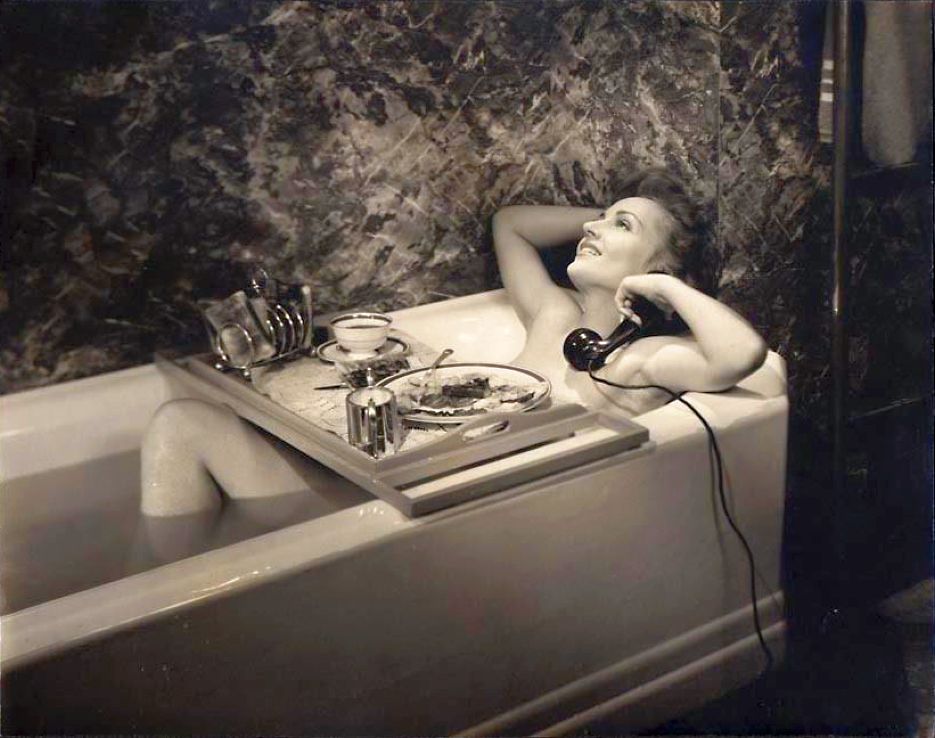 Initially, I thought these might be fakes, that someone had used Photoshop or some other software to plant Lombard's head (and that's certainly Carole, no doubt about it) onto another woman's body. Unless they did a spectacular job, that isn't the case -- it's definitely her. Adding to the veracity are time stamps beneath each photo; here's one of them: 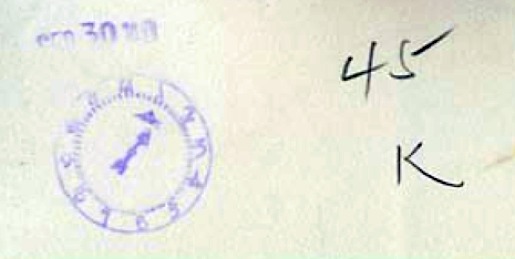 You can make out the "SEP 30," and according to the seller, these pics are from 1940 (from her face and hair, that year makes sense). Put two and two together, and you have your answer...these are (or at least were intended to be) promotional shots for the film Lombard was working on at the time, "Mr. & Mrs. Smith," which has some other glamorous telephone photos of Carole's character in circulation: 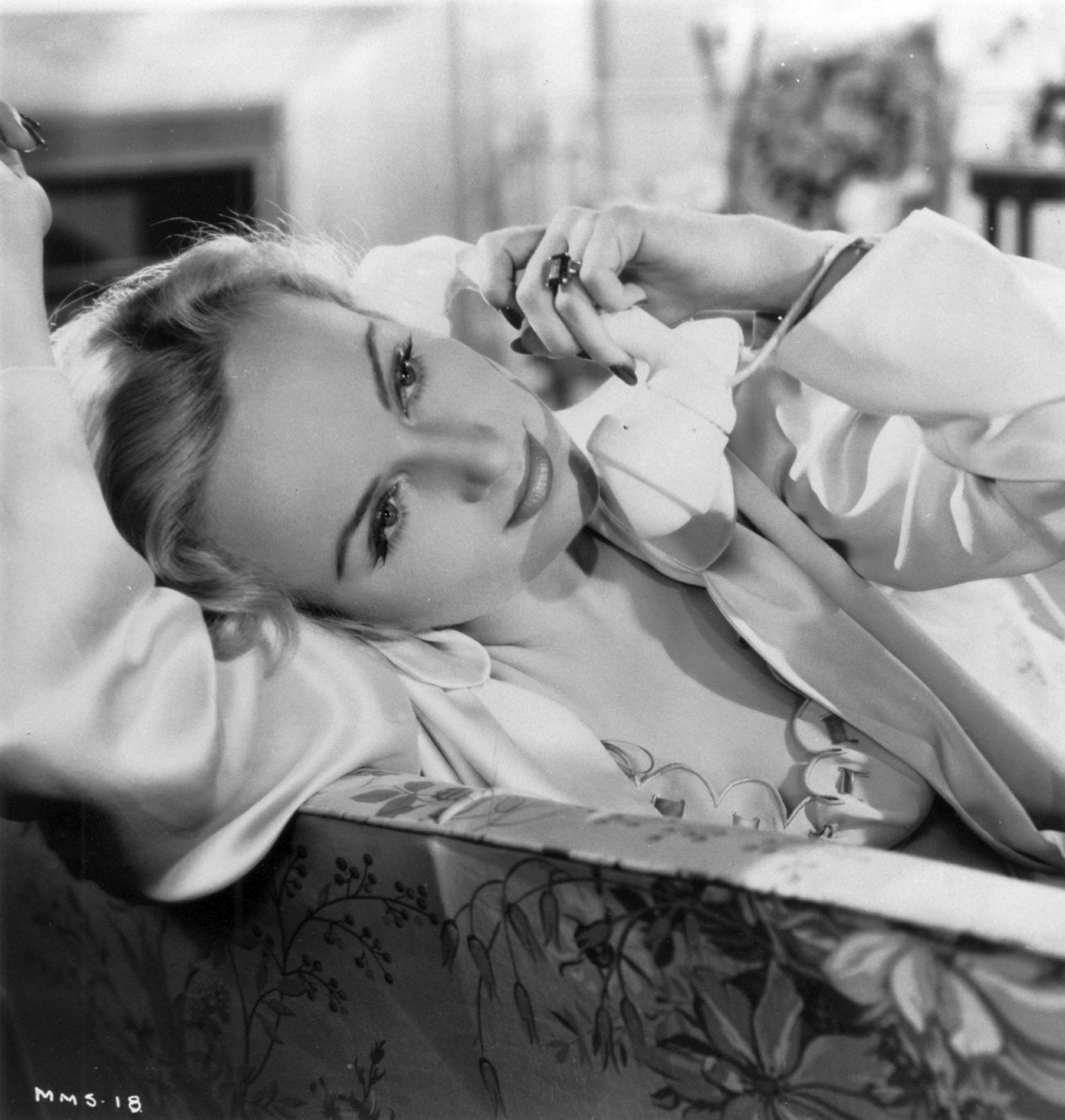 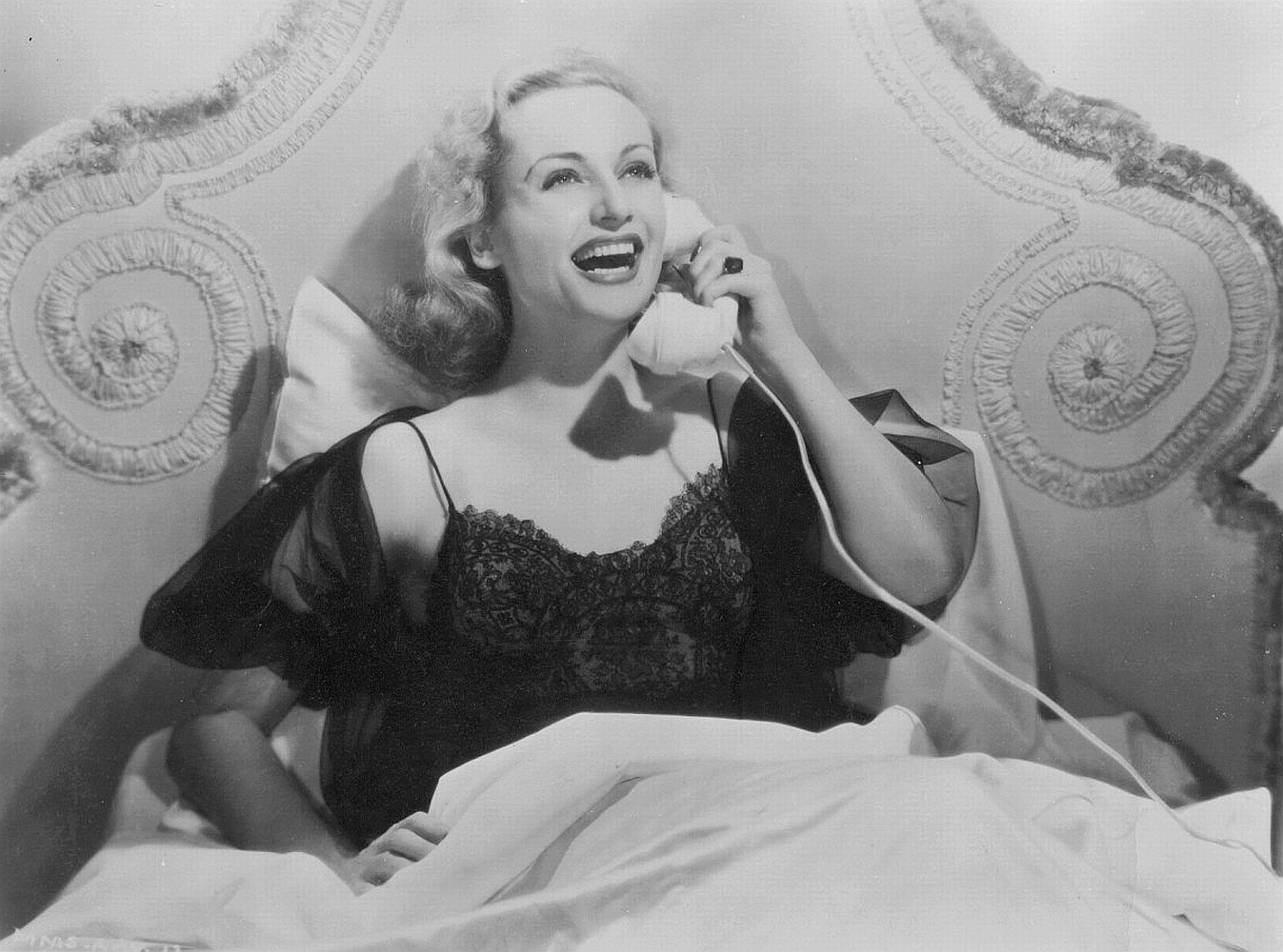 The three photos at the top likely never reached the stage of being sent to industry censor Joseph Breen's office (it would have taken him mere seconds to reach for his "REJECTED" stamp), so the suits at RKO probably never even bothered to send these images his way. (Another possibility: Might Carole have agreed to pose for these pics in exchange for Alfred Hitchcock directing the film? As Tippi Hedren will tell you, Hitch liked playing mind-control games with his leading ladies.)

No matter the story behind the photos' origin, these are vintage, measuring 9.5" x 7.5", as shown below: 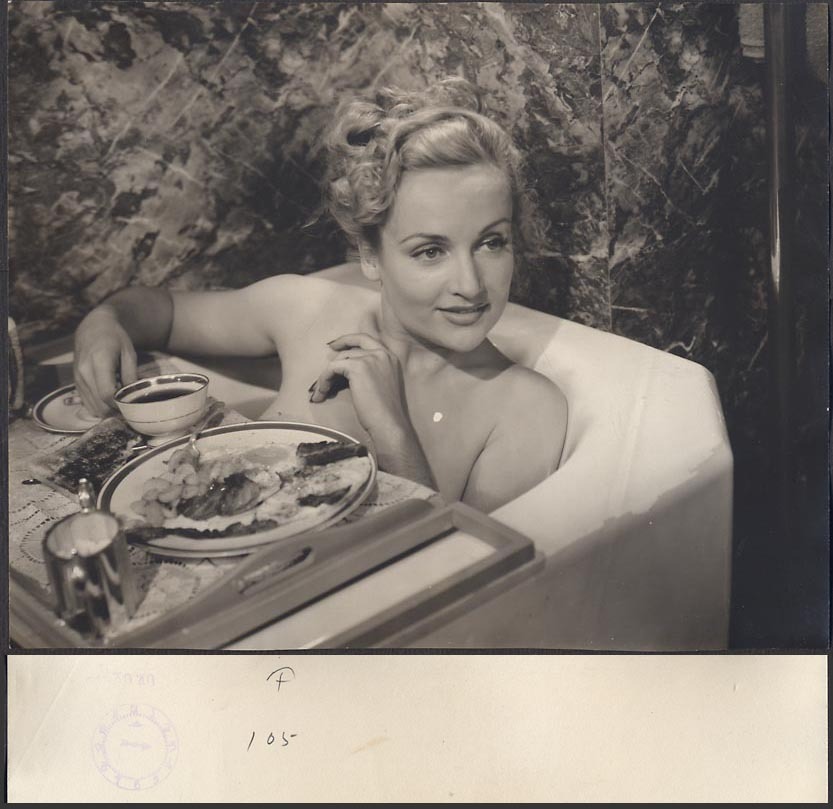 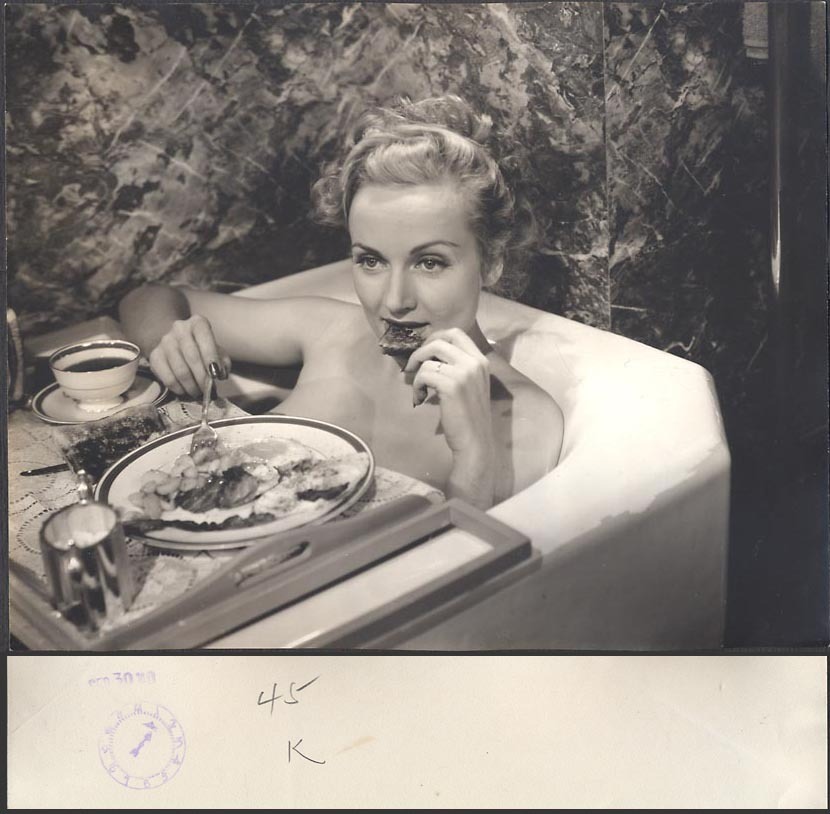 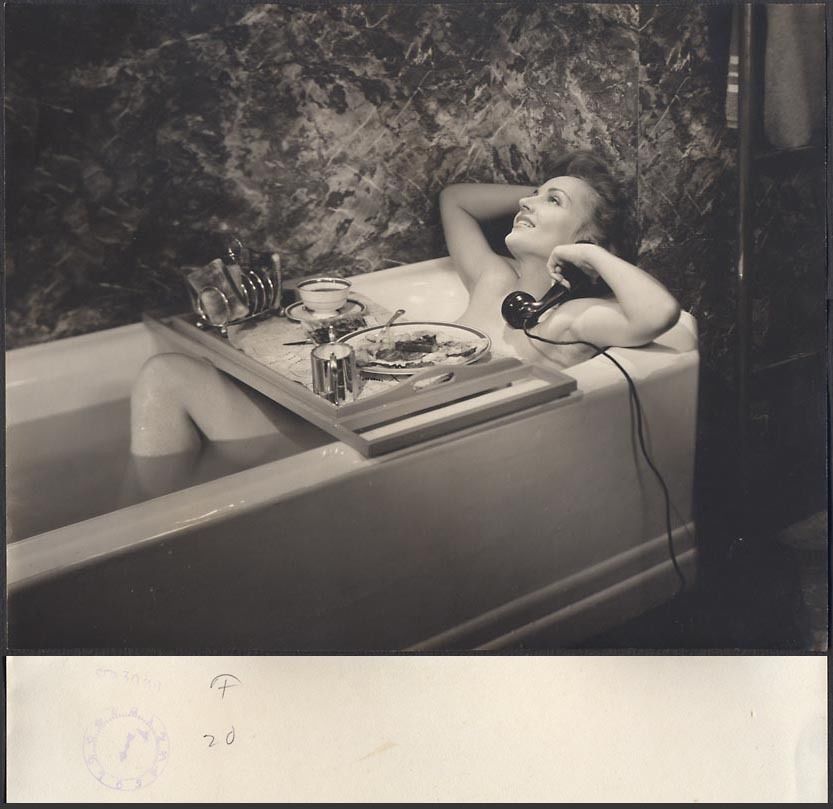 These are rarities in the Lombard portrait oeuvre, and their prices reflect that; each can be bought for $99.99 straight up, or you can make an offer.

And if you prefer Carole with clothes on, check out our latest Lombard LiveJournal header, p1202-218.
Collapse