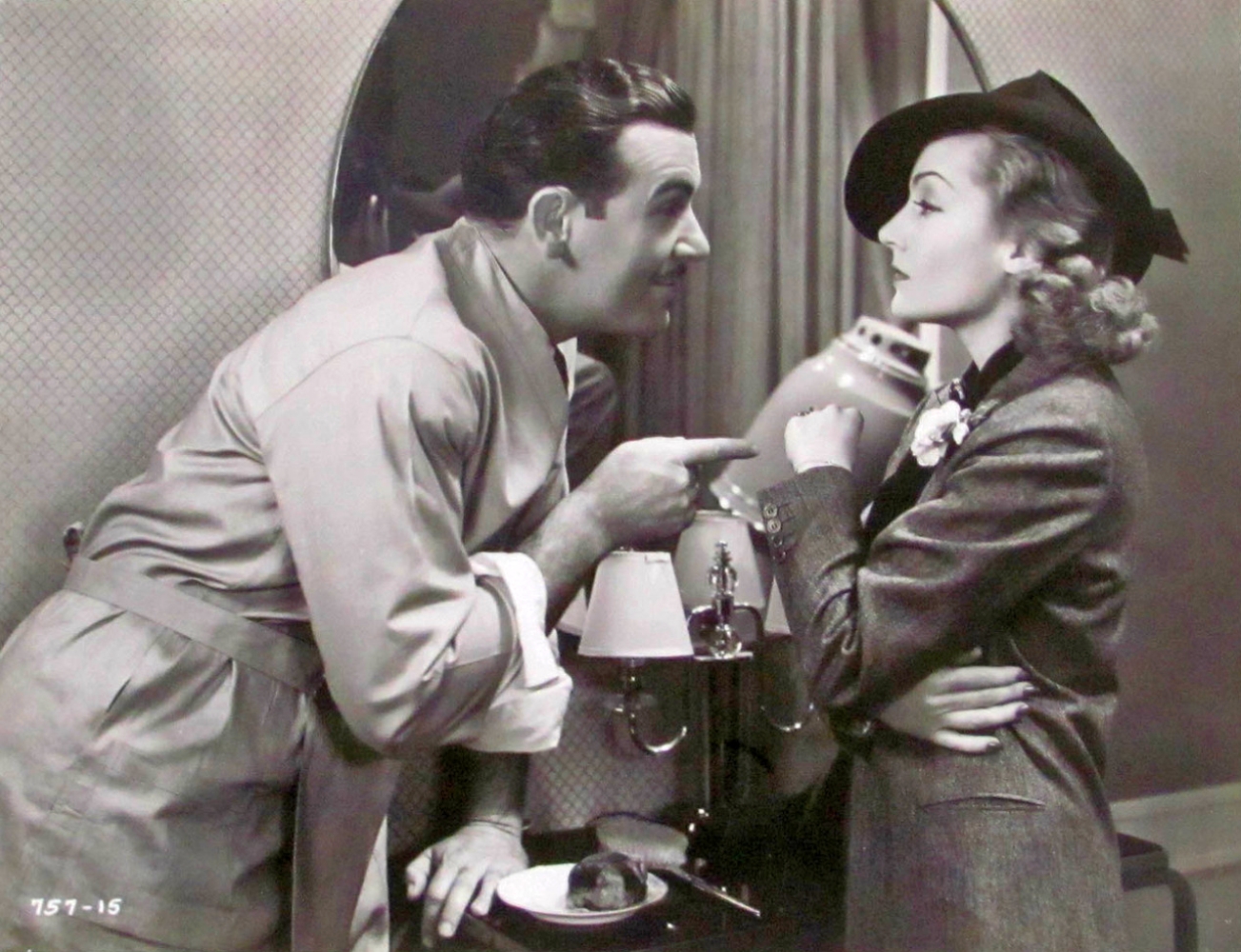 The first film Carole Lombard (shown with Cesar Romero) made for Universal, "Love Before Breakfast," didn't hit theaters until March 1936...but the studio, noting Carole's recent success with Fred MacMurray in "Hands Across The Table," began beating the drums for this movie before 1935 was out -- specifically, in the Dec. 28, 1935 issue of the magazine it sent to exhibitors, Universal Weekly: 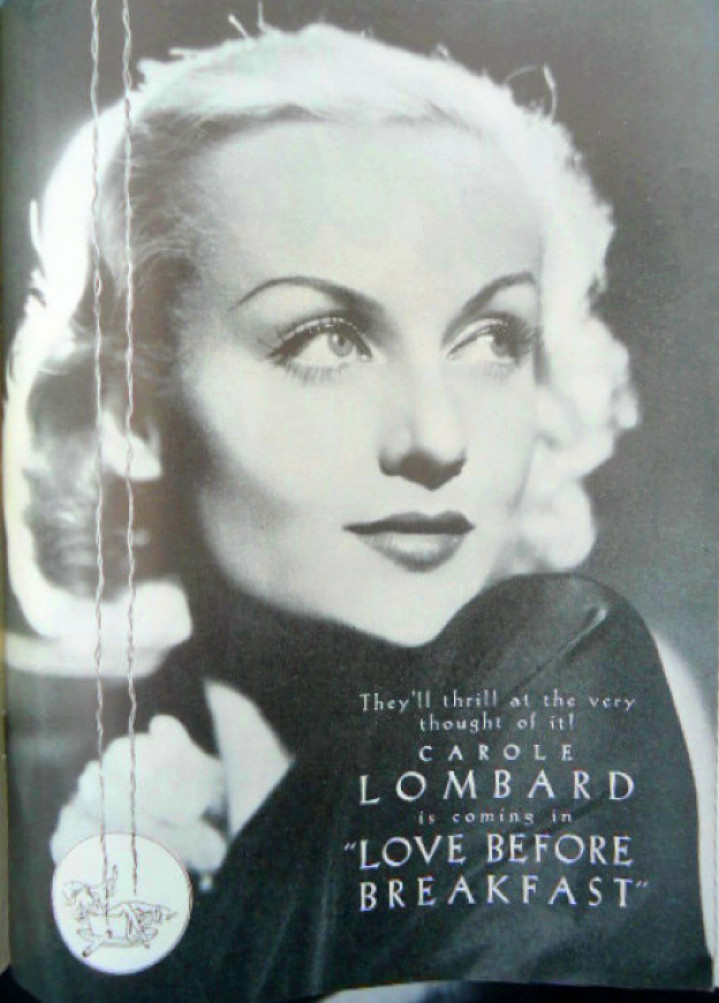 With few, if any, noted players on its roster, Universal borrowed stars from other studios, and in this issue noted its "star power": 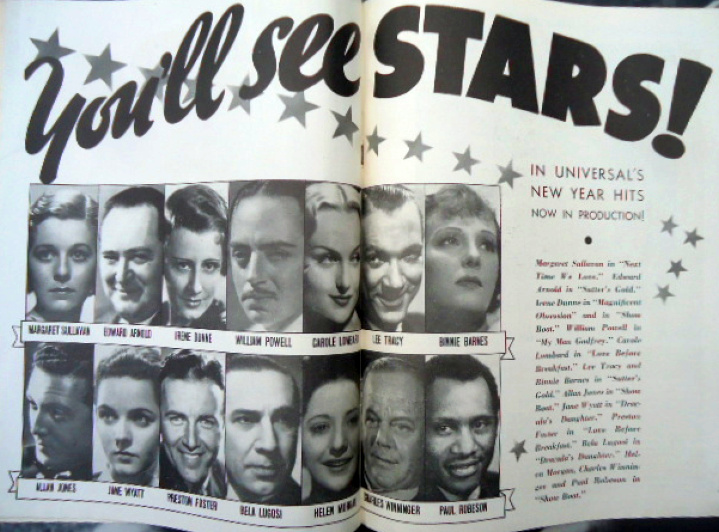 Note that William Powell is listed for "My Man Godfrey," scheduled for a fall release, but not Lombard (she is mentioned for "Breakfast," as is co-star Preston Foster). Might not she have been cast yet at the close of 1935?

The magazine cover is graced by Binnie Barnes, appearing in "Sutter's Gold": 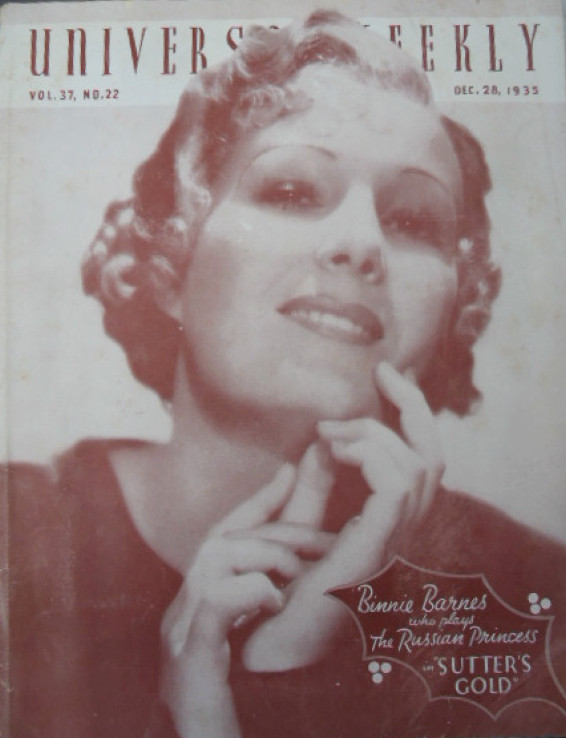 The studio was banking on the success of "Magnificent Obsession" with Irene Dunne and Robert Taylor, slated for release Dec. 30. So much of the issue was devoted to this John Stahl film, even messages from Universal's beloved mogul, Carl Laemmle: 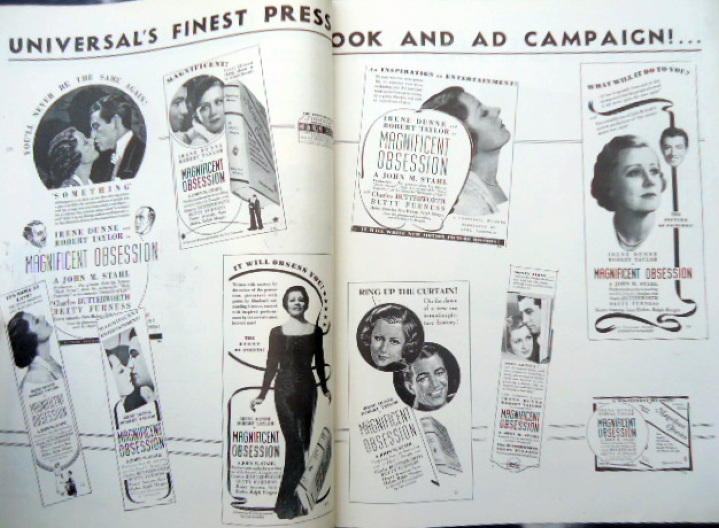 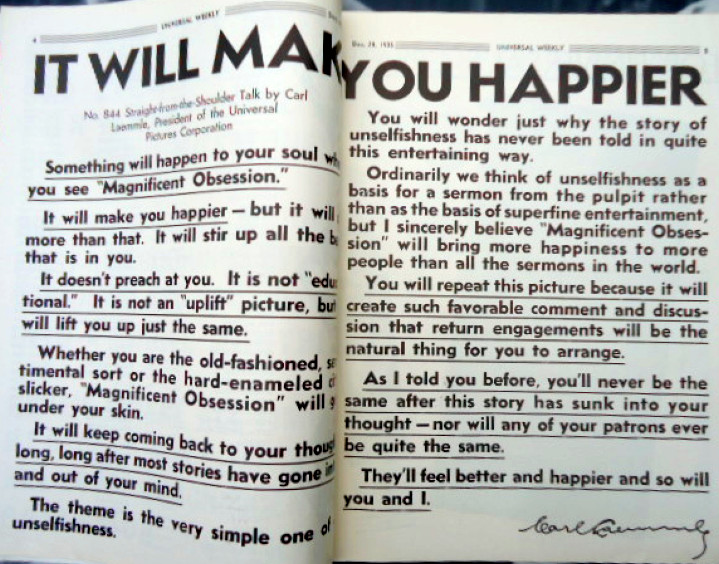 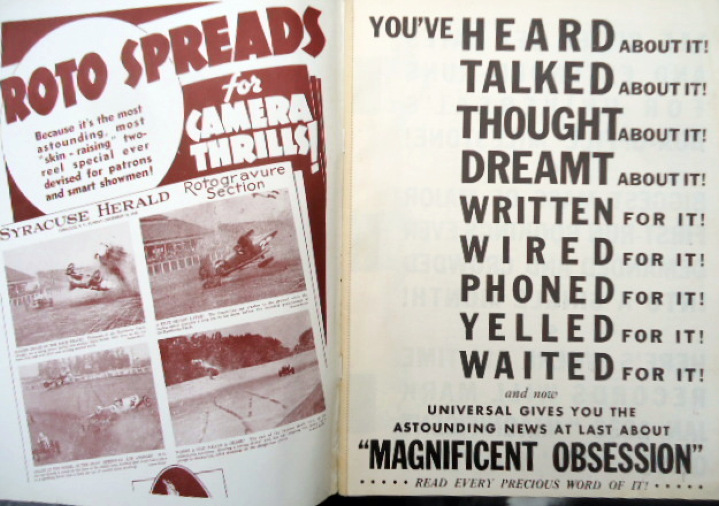 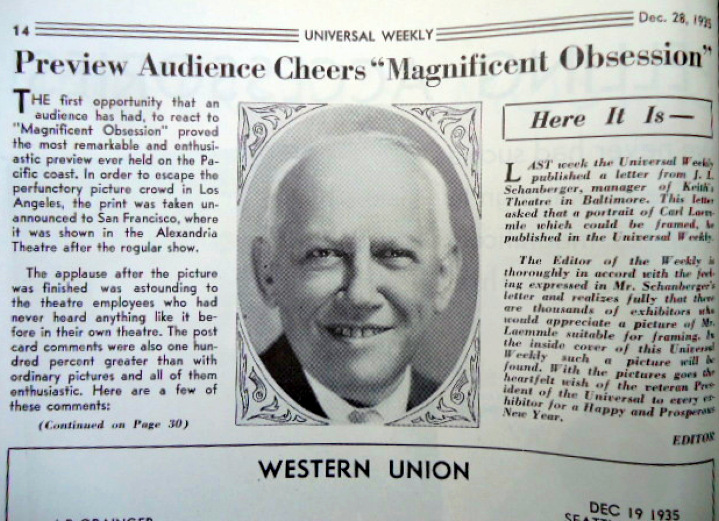 "Show Boat" and "Next Time We Love" (with Margaret Sullavan getting far more play than James Stewart) were also on the horizon: 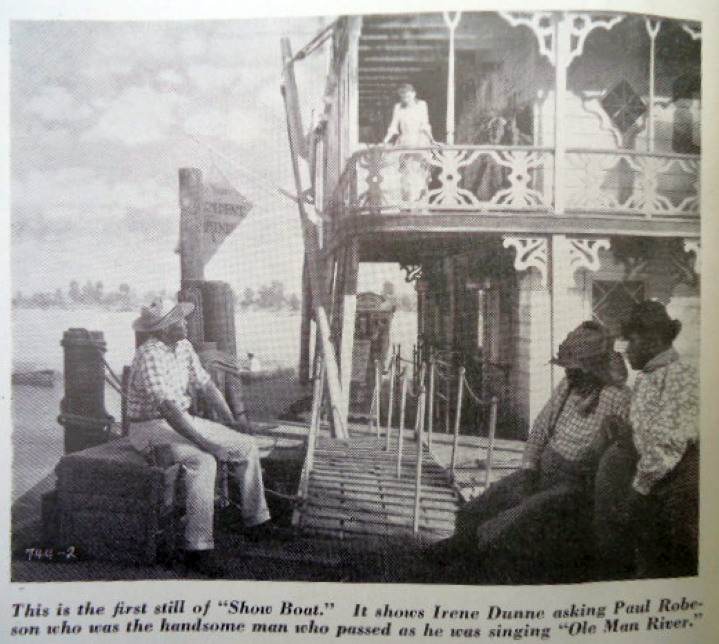 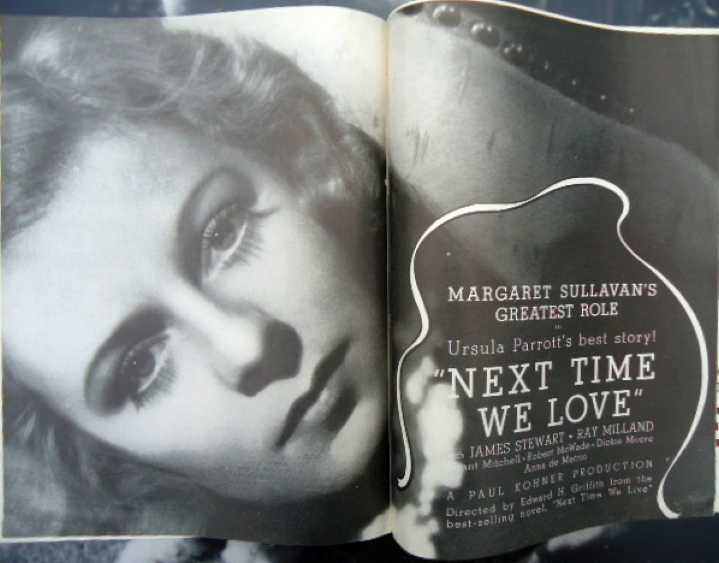 This is up for auction at eBay; one bid has been made as of this writing, for 99 cents, and bidding closes at 10:30 p.m. (Eastern) Wednesday. Interested in this rare artifact? Then go to http://www.ebay.com/itm/1935-UNIVERSAL-WEEKLY-HOLLYWOOD-MOVIE-BINNIE-BARNES-IRENE-DUNNE-CAROLE-LOMBARD-/151135747091?pt=Magazines&hash=item2330647c13.