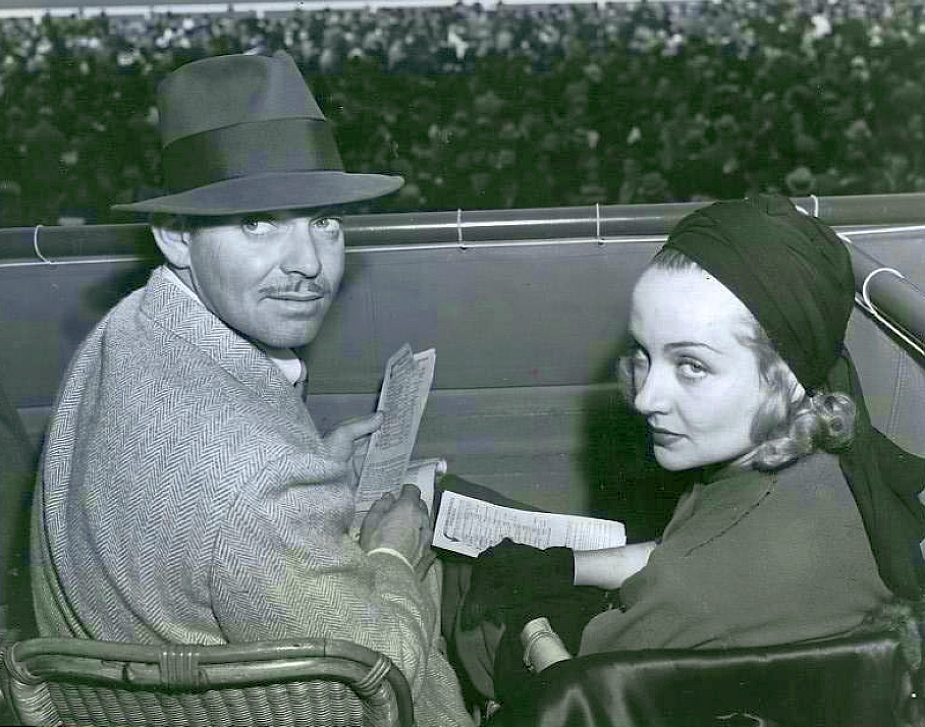 In case you've forgotten, Sunday will mark the 105th anniversary of Carole Lombard's birth...and you can be certain we'll commemorate it with an entry. But we won't be the only ones celebrating. The fine site http://dearmrgable.com/ will be doing likewise -- in fact, it will honor Clark Gable's third wife (they are shown above at Santa Anita on Feb. 26, 1938) all month: 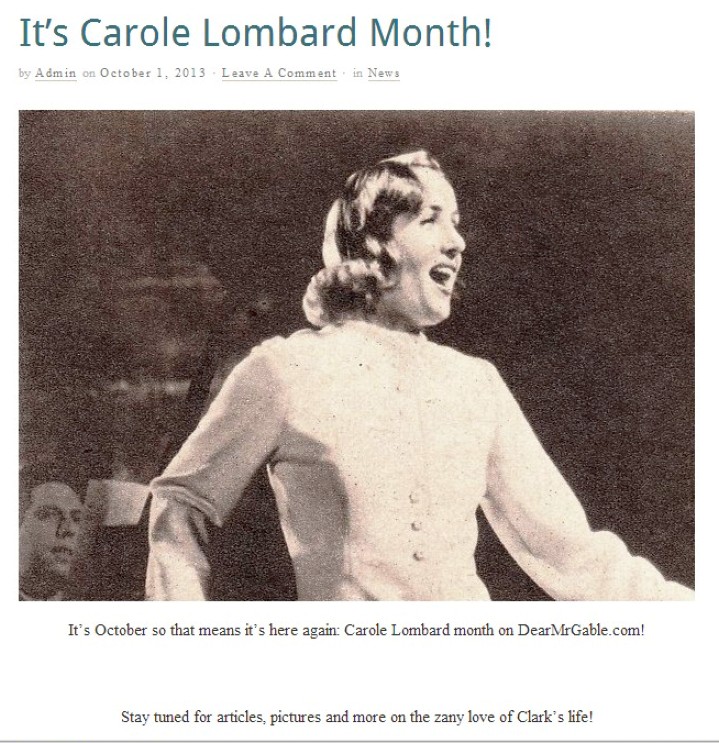 So to honor them honoring Lombard, here's a story from their site that I haven't run before -- it's from Screen Book in February 1939, an issue that had Carole on the cover: 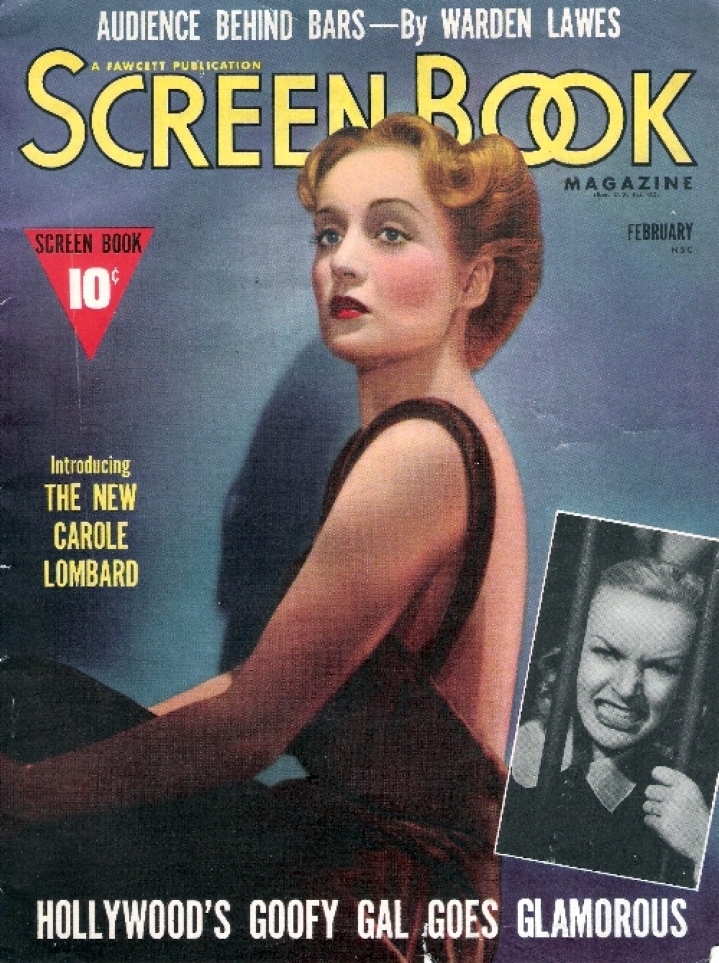 Inside was a story on Lombard ditching her screwball roles to show there was more than one side to her (you can tell this is from dearmrgable.com because of the watermark): 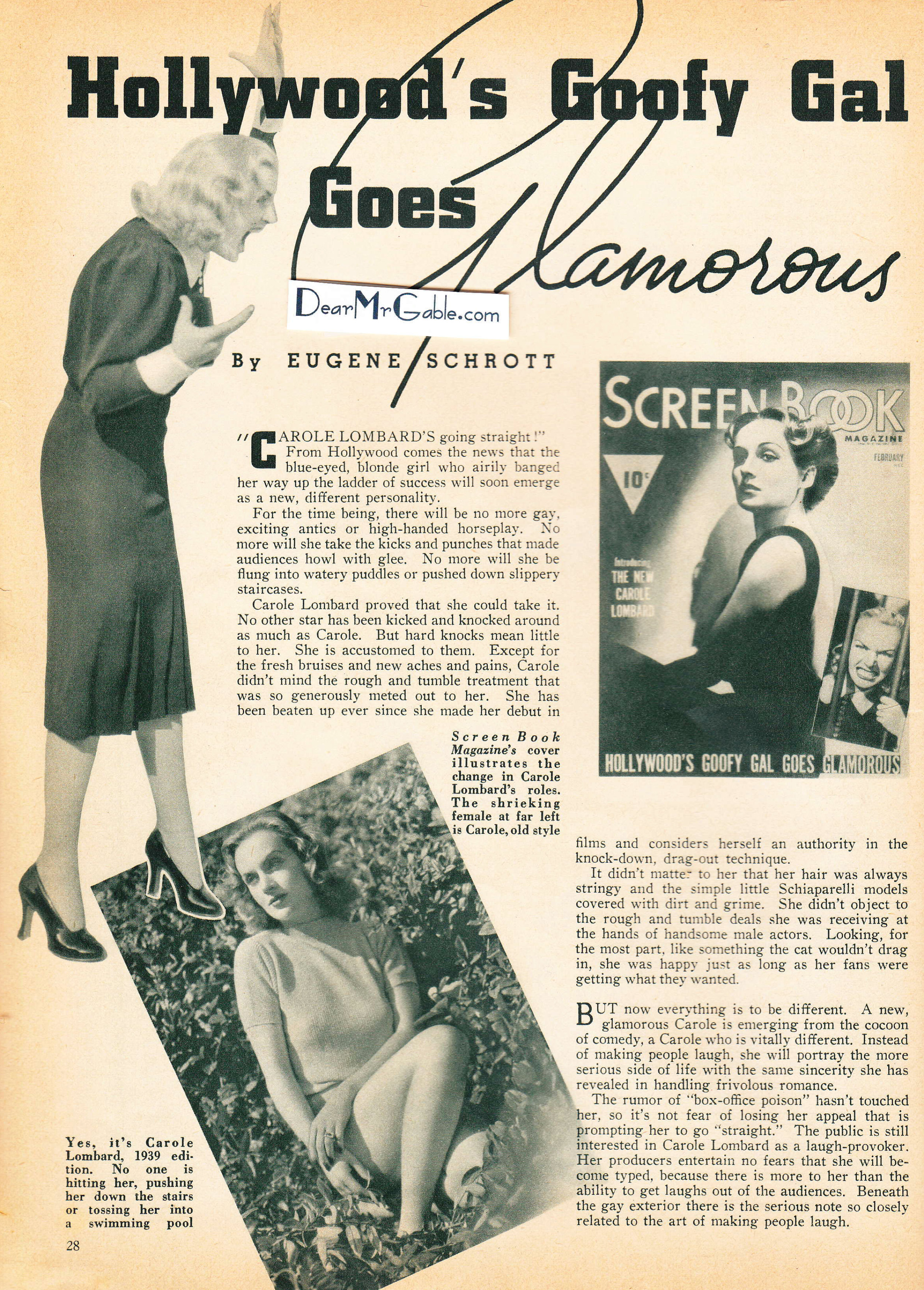 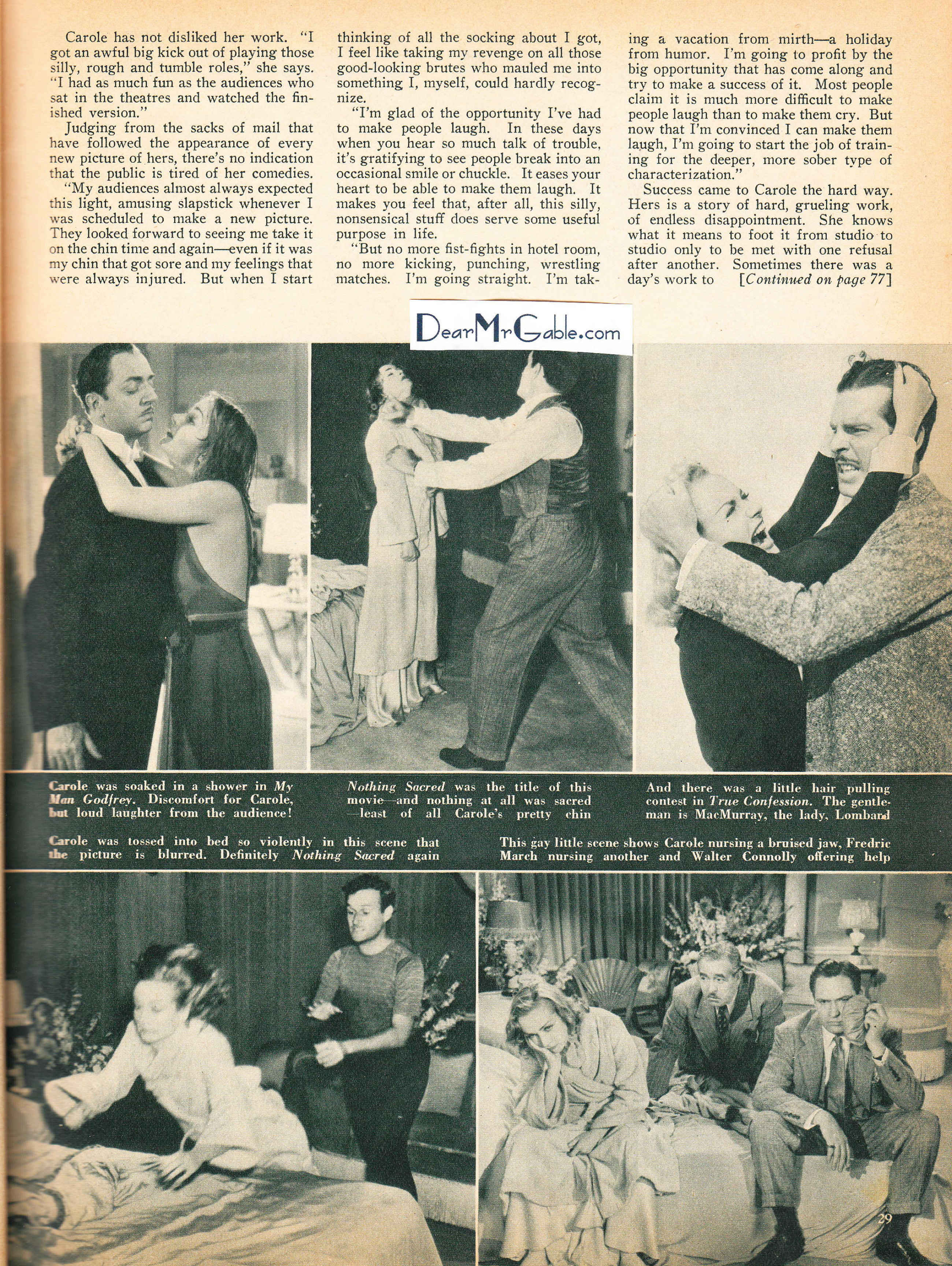 (Note that Clark isn't mentioned whatsoever; this was written late in 1938, probably before Ria Gable announced she would seek a divorce, and Carole no doubt was continuing her policy of publicly keeping mum on her romance with Gable.)

To the folks at dearmrgable.com, thanks for making this available, and we look forward to your Lombard items this month.
Collapse