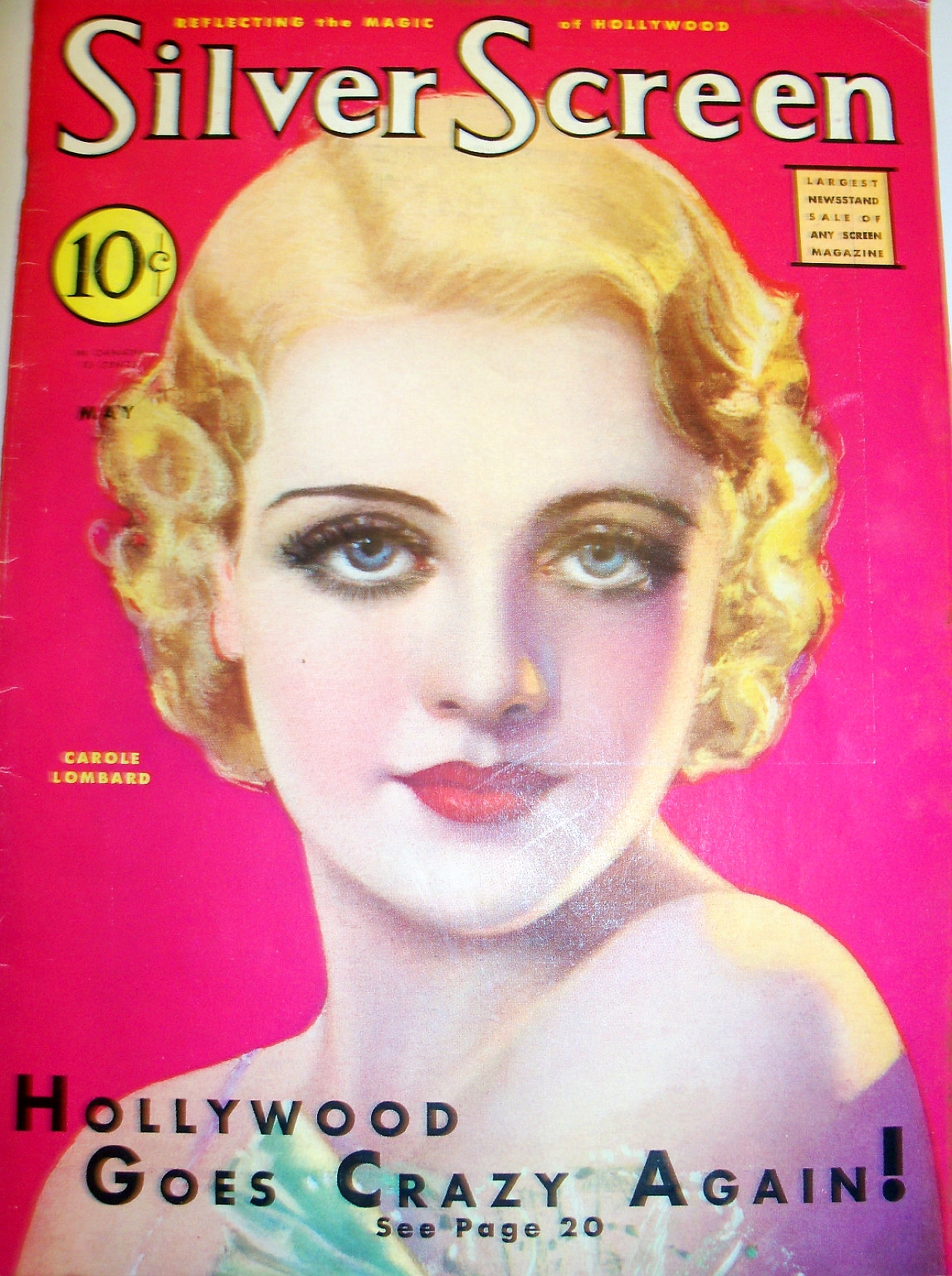 Here's Carole Lombard as she appeared on the cover of the May 1932 Silver Screen -- probably the first time she gained the honor since the magazine debuted in November 1930. Silver Screen was founded by Ruth Waterbury, a former Photoplay editor under James Quirk, and its 10-cent price (compared to 25 cents for Photoplay), not only made it a huge success on newsstands, but led Photoplay to establish a budget subsidiary, Shadoplay, in 1933.

But Carole earlier had appeared on the inside of Silver Screen, including this stylish pose from the February 1931 issue, its fourth: 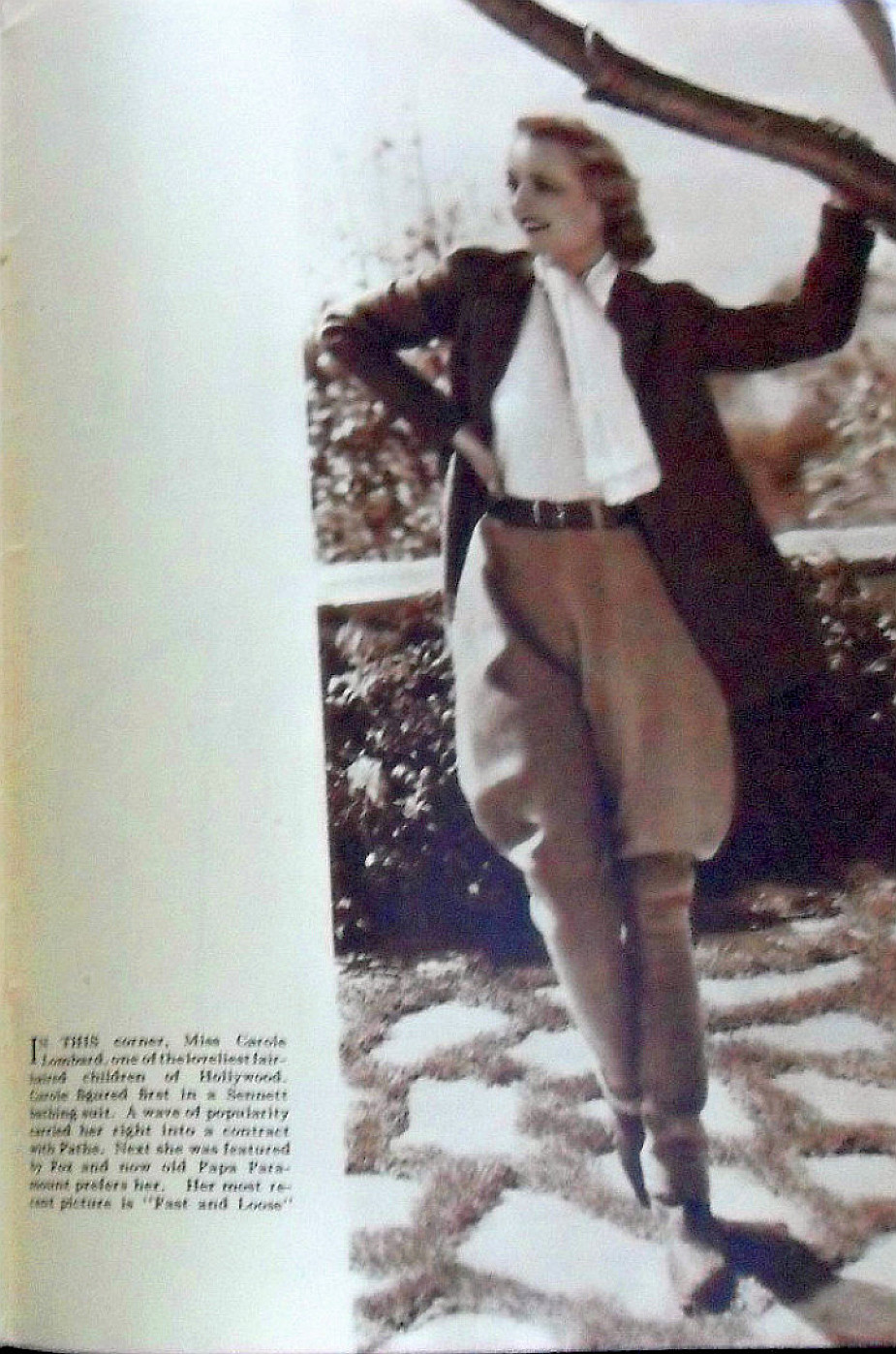 That issue now is available via eBay. On its cover is a stunning portrait of red-haired beauty Nancy Carroll (note the "Edited by Ruth Waterbury" in the upper right-hand corner): 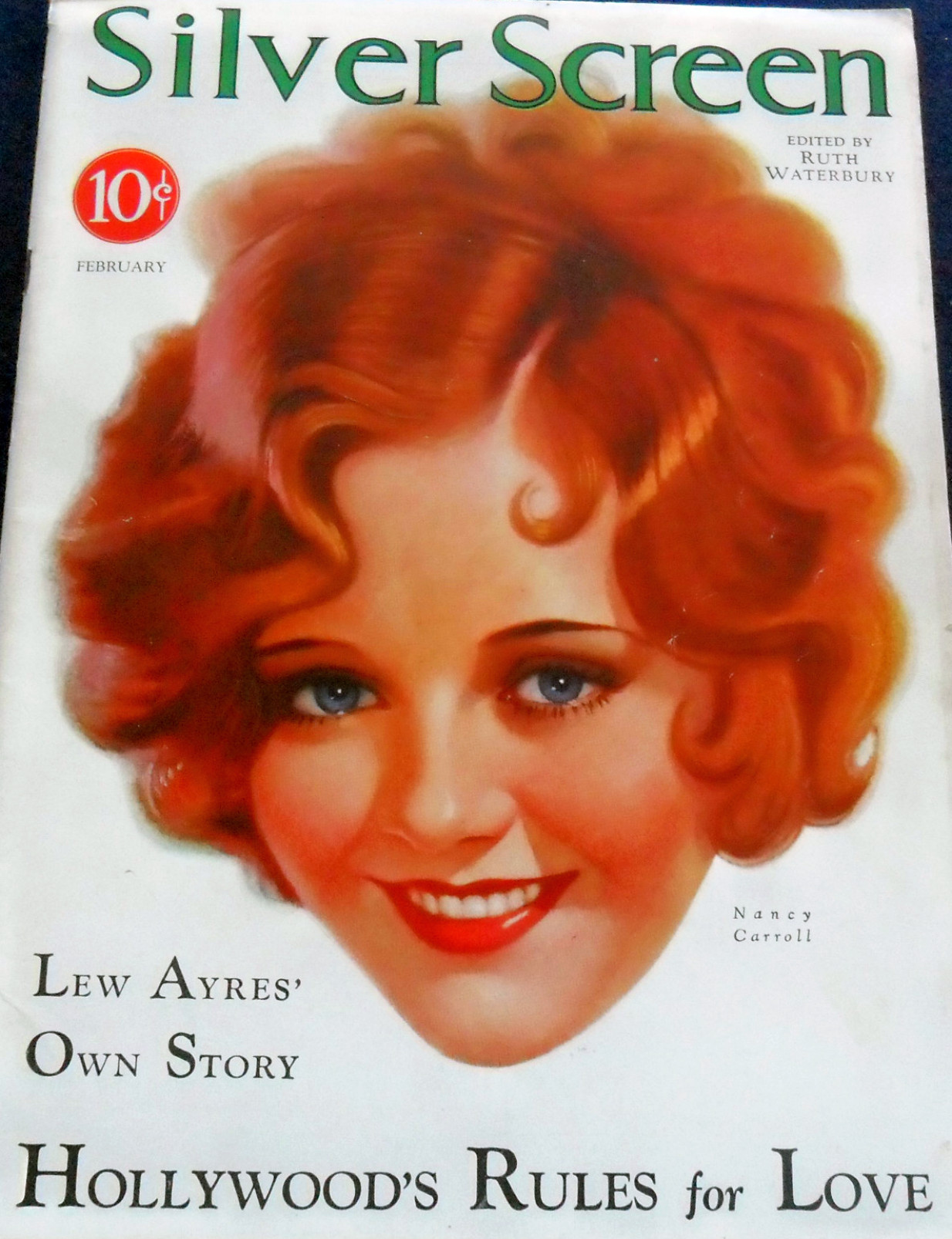 Aside from Lombard, what's inside? For one thing, there's "Hollywood's Rules For Love," dished out by Joan Crawford and Gary Cooper, both of whom knew how the game was played: 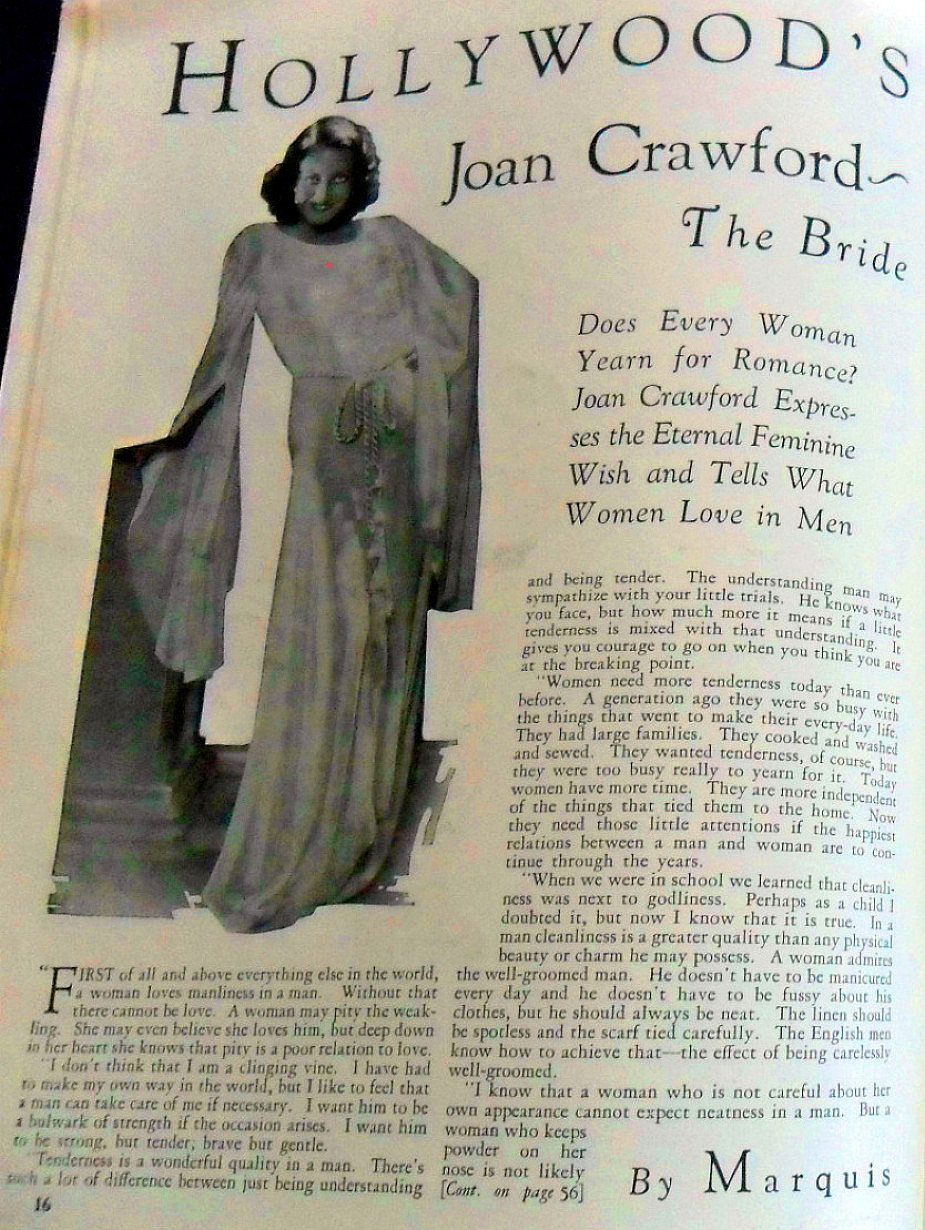 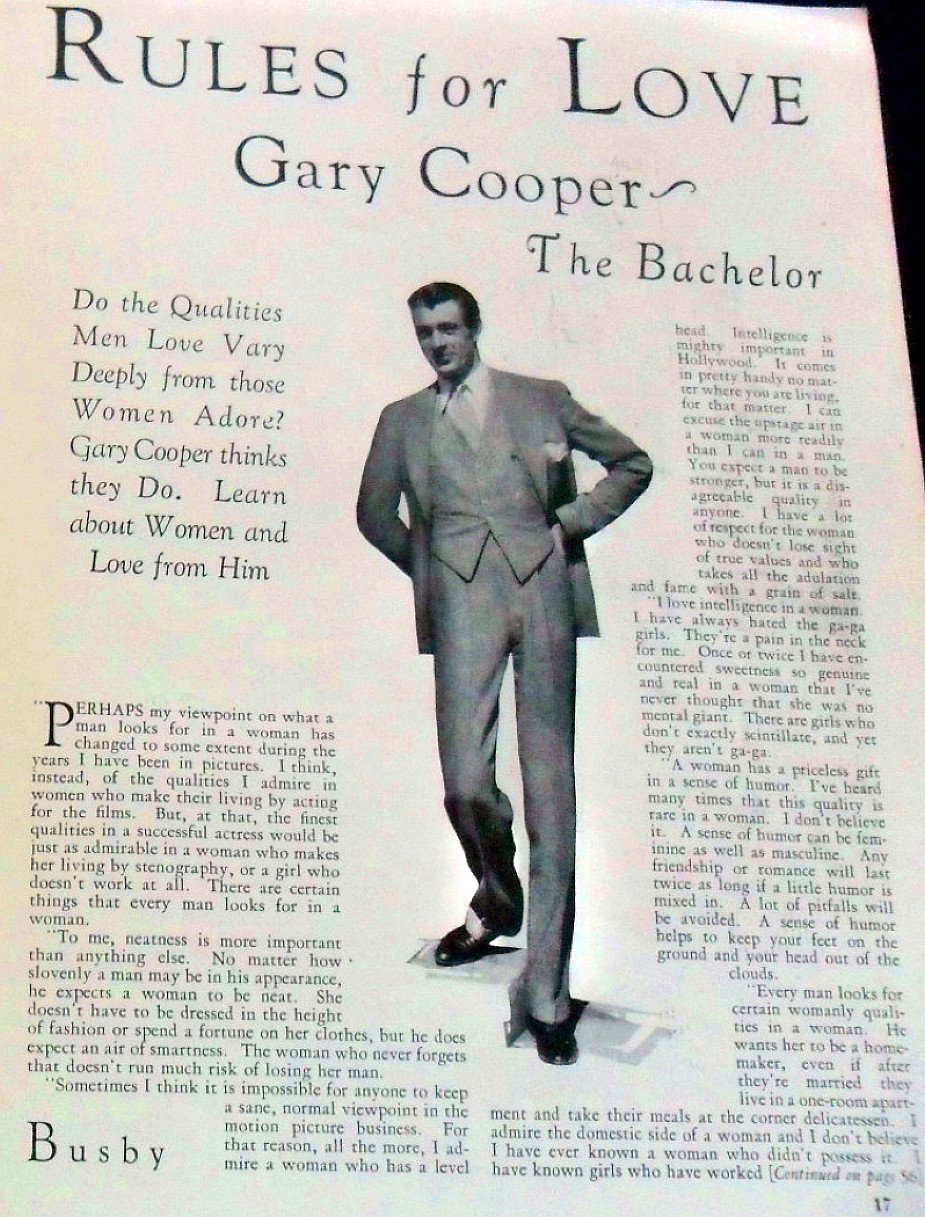 For another, there's one of the earliest fan magazine articles on Kay Francis, preceded by a full-page George Hurrell portrait of the lanky lovely: 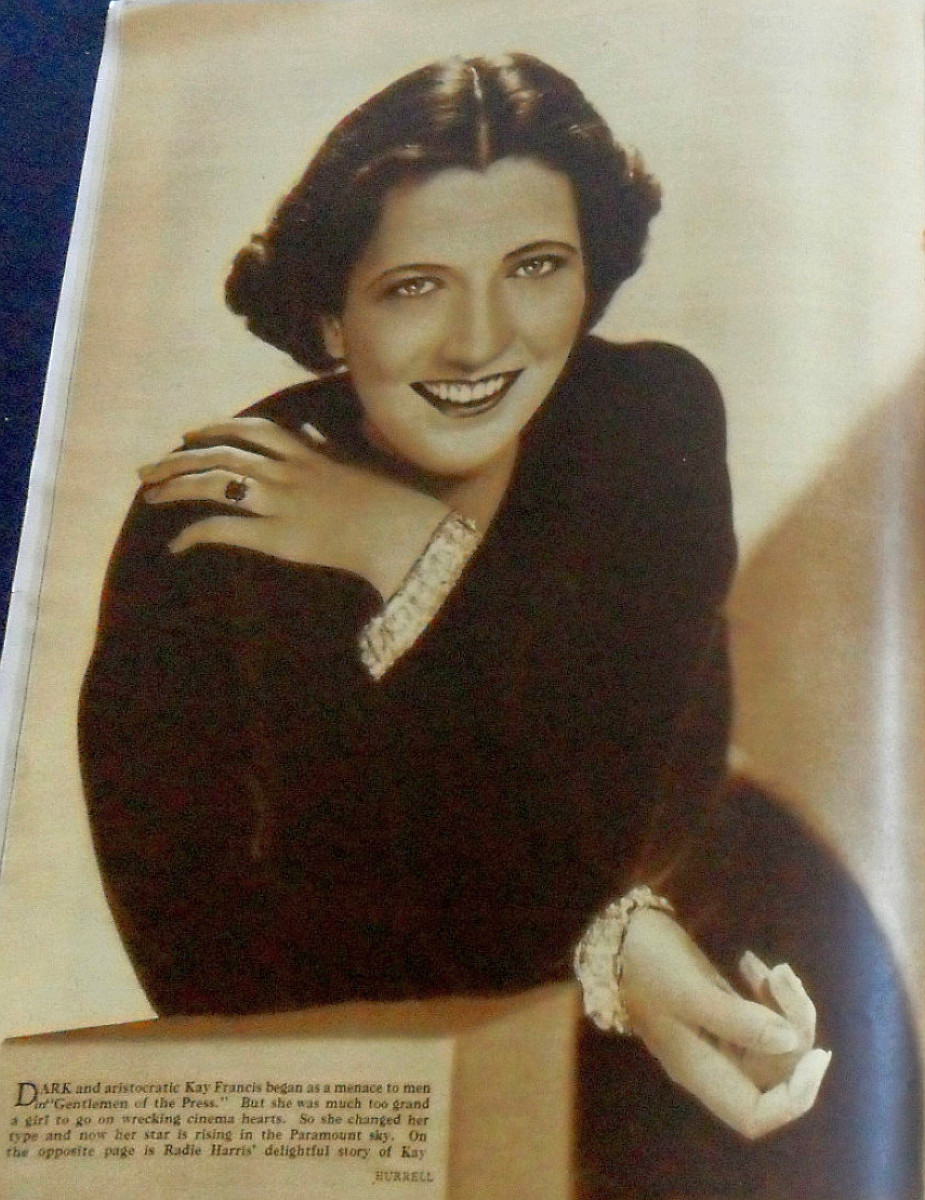 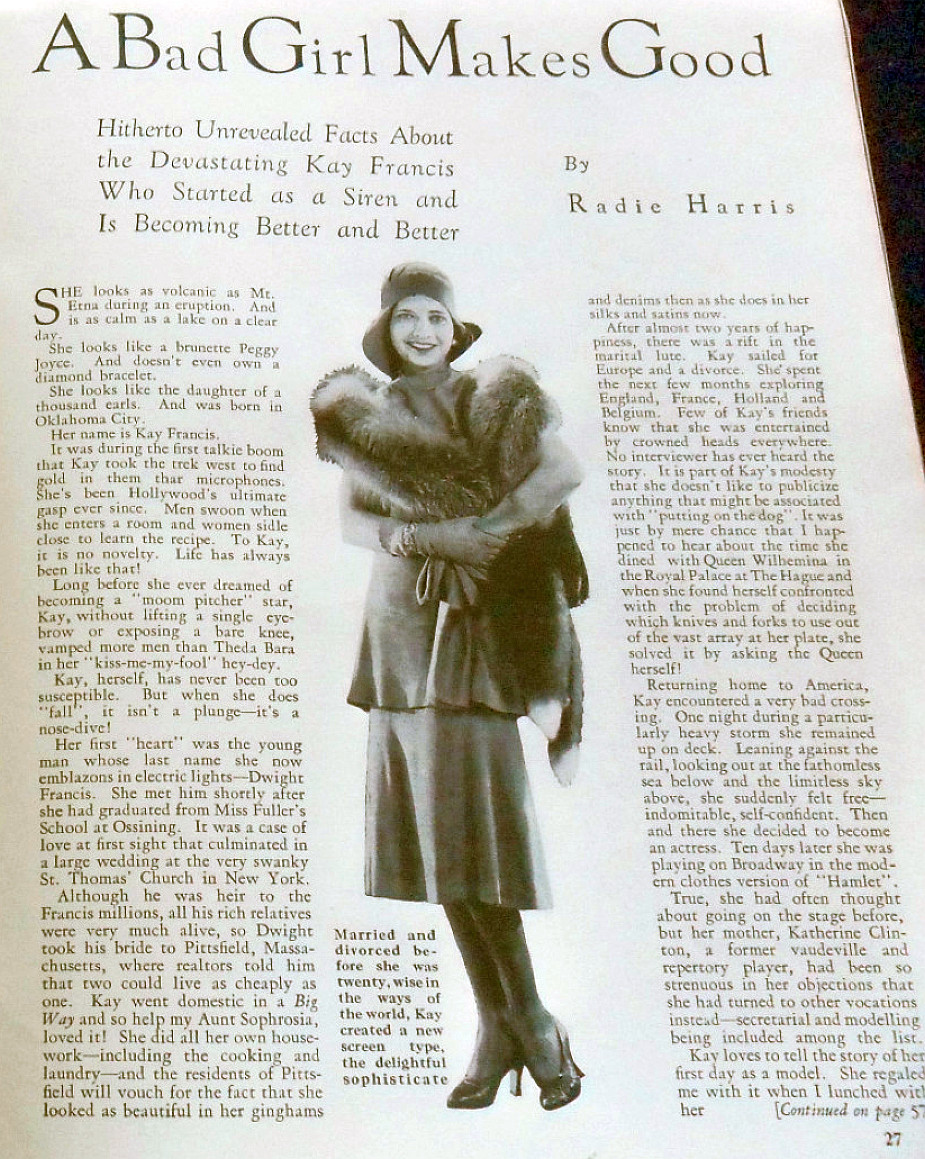 There's also a still of Ronald Colman and Myrna Loy (in blonde wig!), from "The Devil To Pay"... 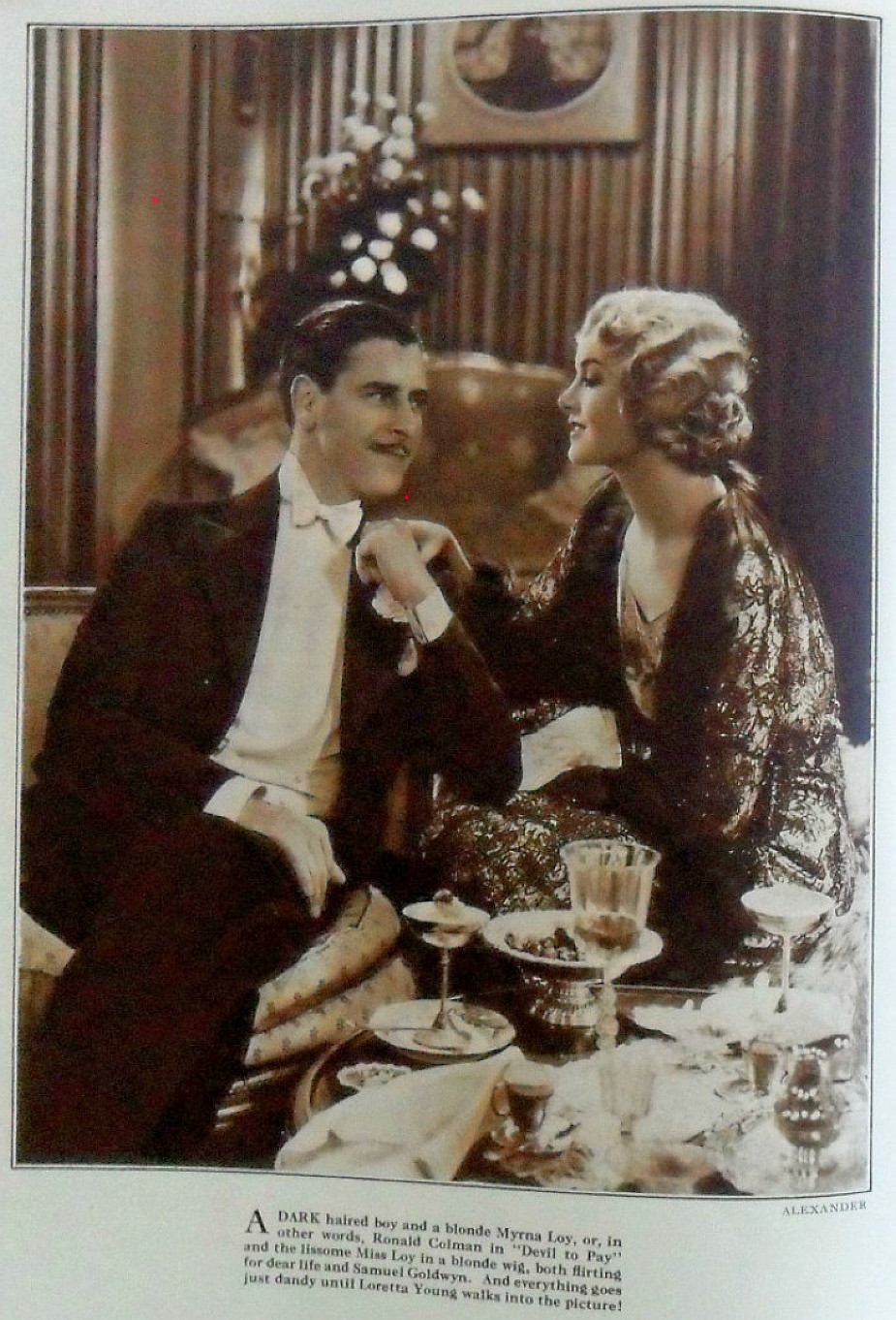 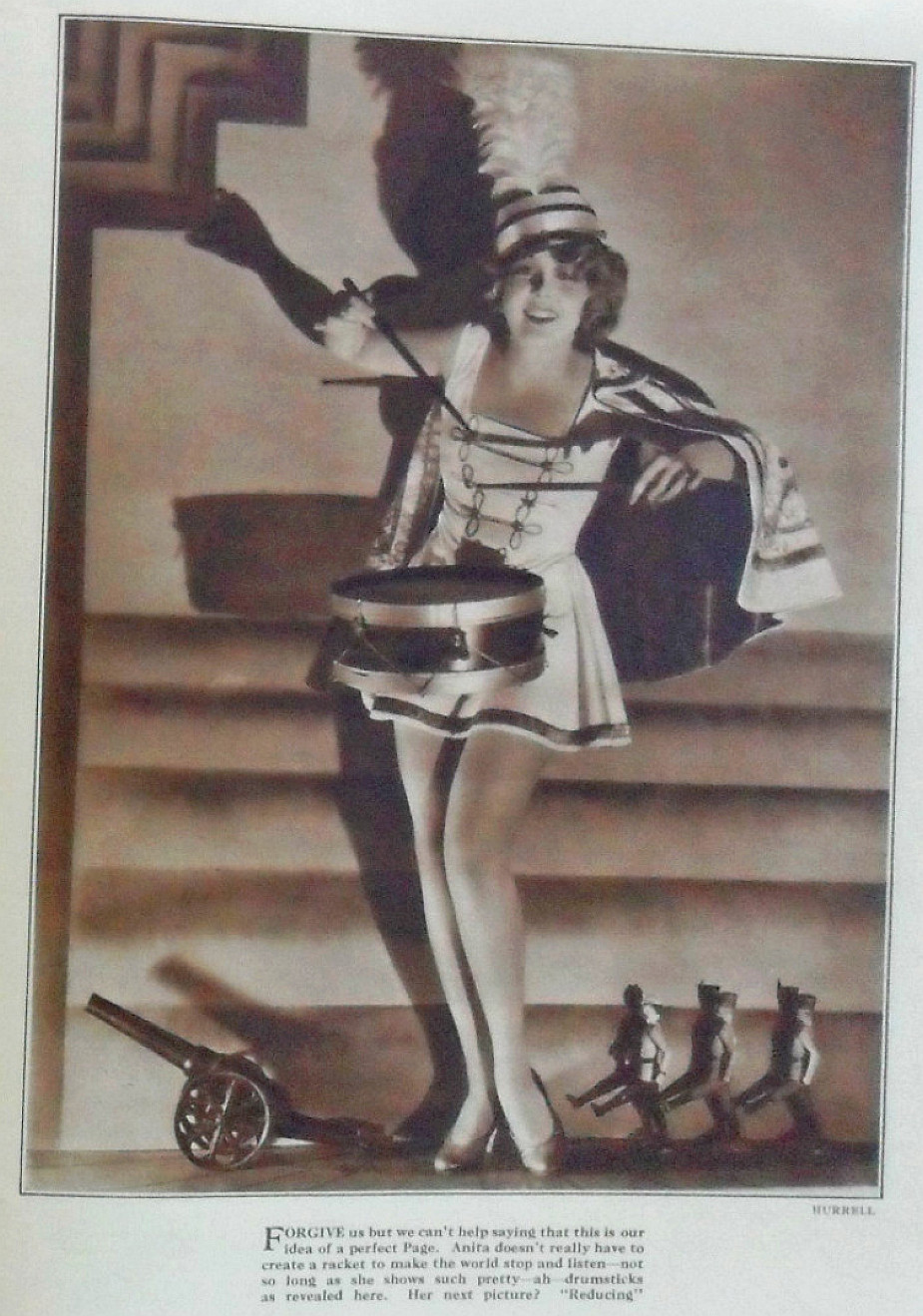 ...a handsome portrait of Ramon Novarro... 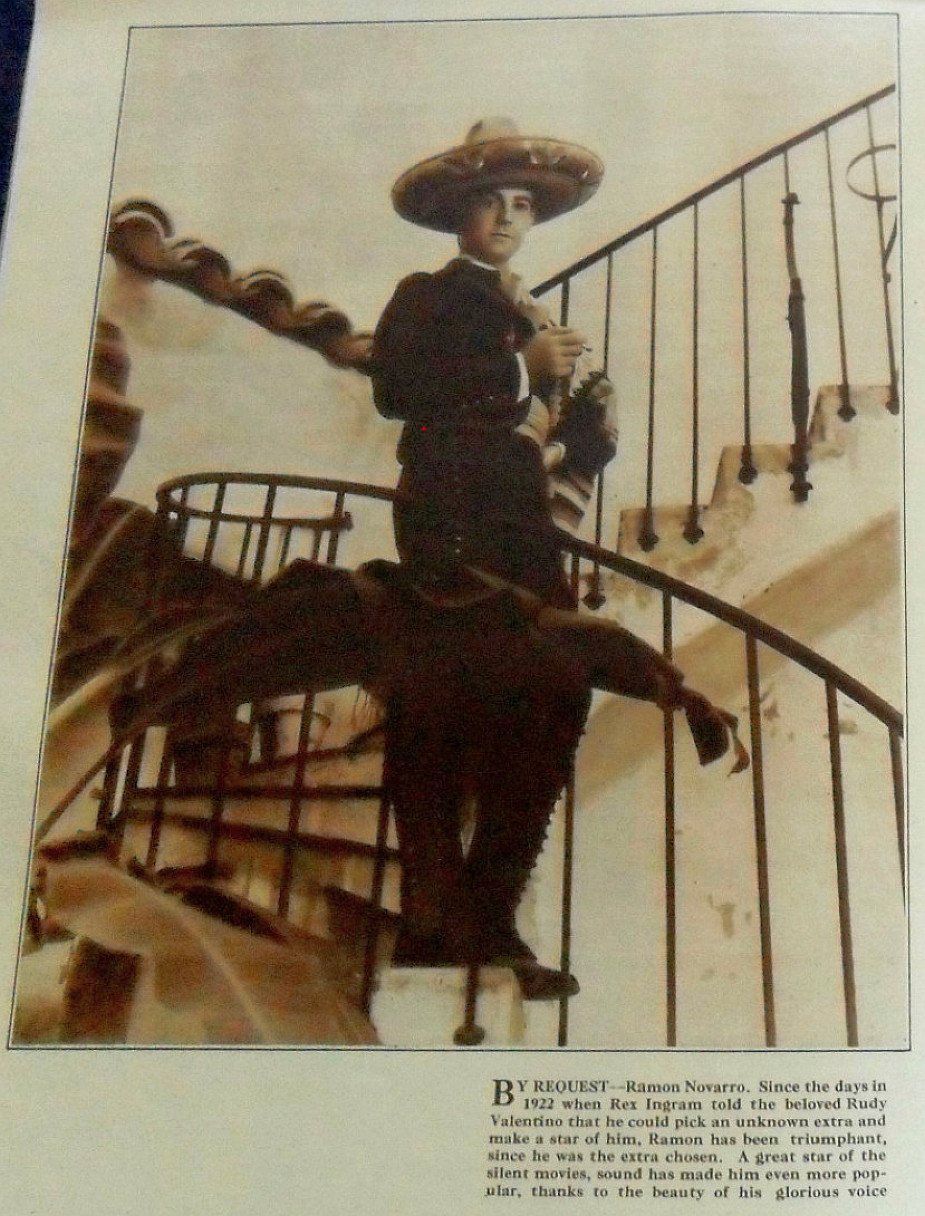 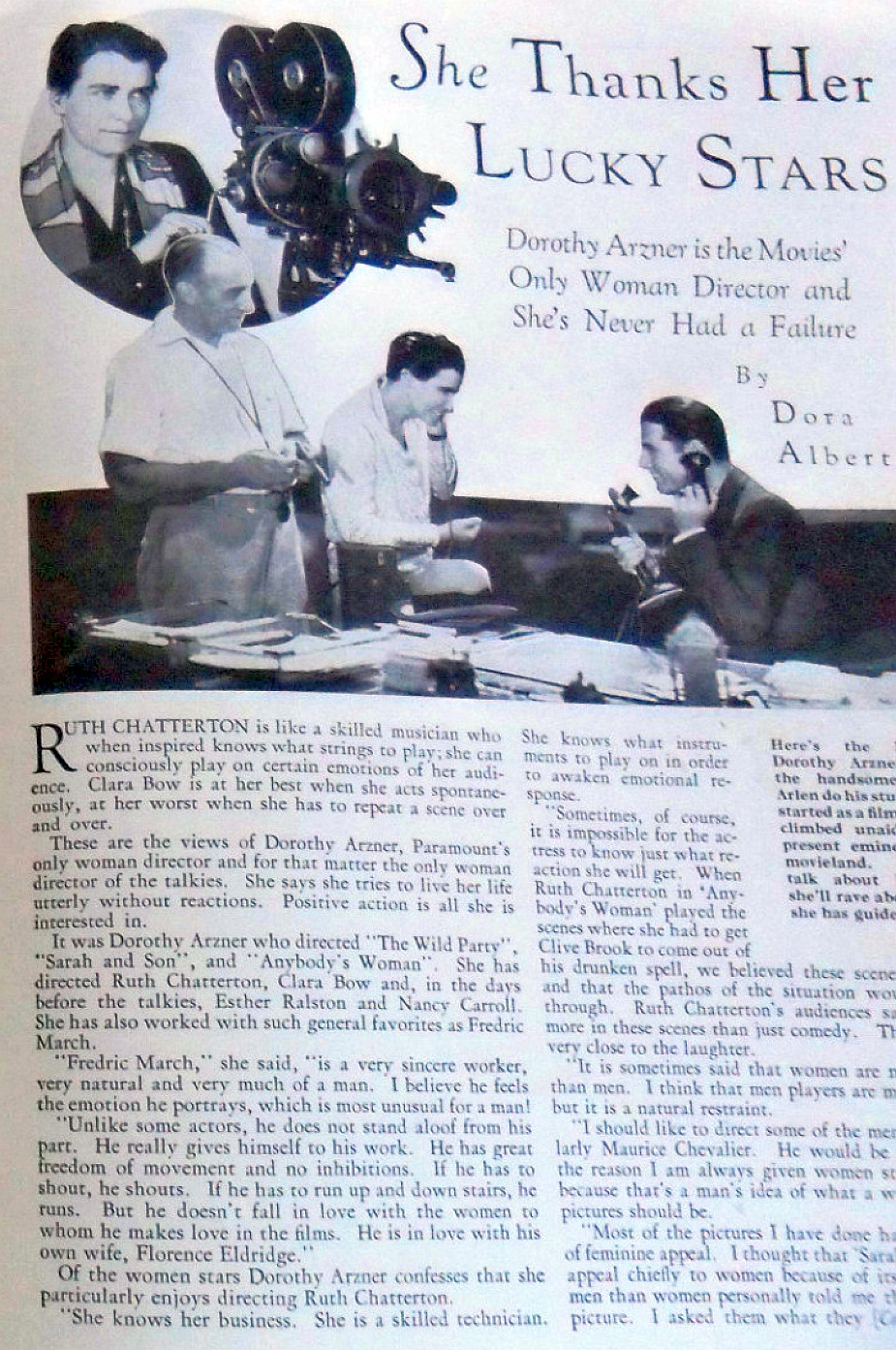 ...and finally, Loretta Young (in fan magazines of this era, there was no escaping her!) in an ad for Kellogg's All-Bran: 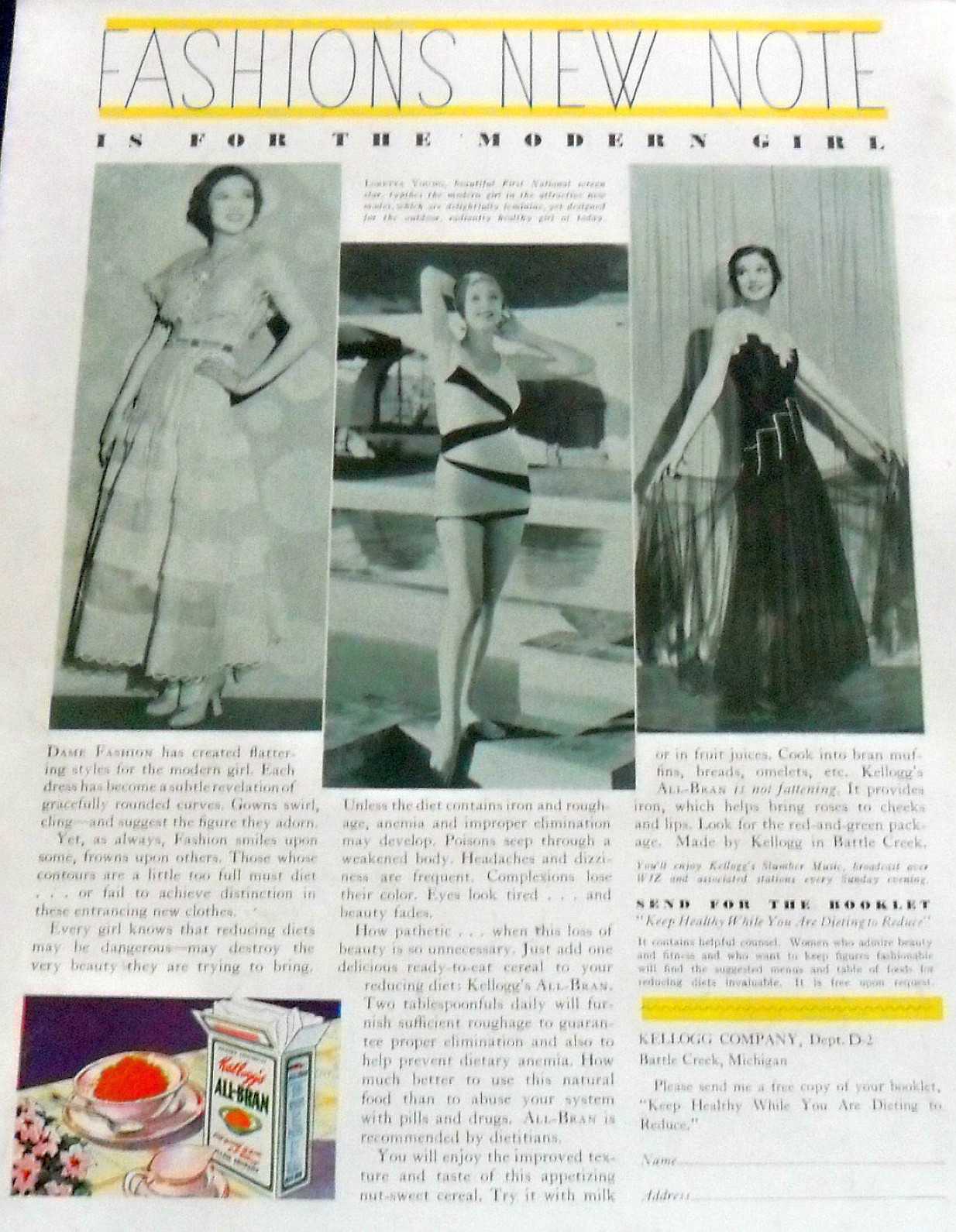 The seller says this standard-sized magazine is in "very good" condition, adding it "lies flat, looks quite clean, the staples are tight, and the spine is solid. ...The pages are off-white and supple with some page/age tanning around the edges," something you'd expect from an issue that's 82 years old.

As for Waterbury, she left Silver Screen a few years later to work at Movie Mirror, but before the '30s were through she had returned to Photoplay as its editor. She later wrote books on Elizabeth Taylor and Richard Burton before her death in 1982 at age 85.
Collapse