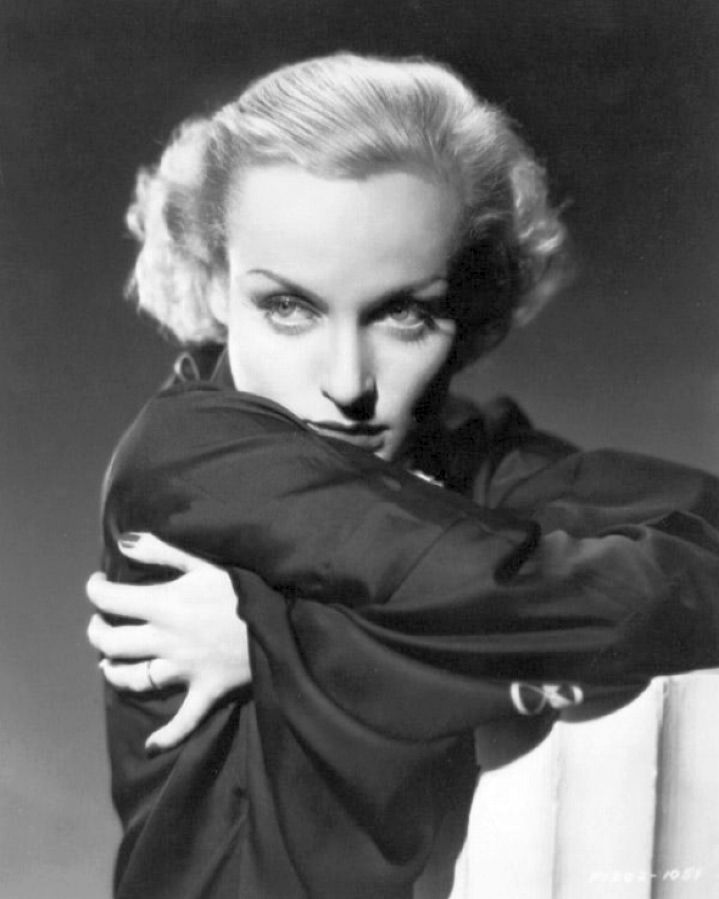 Ah, the power of blonde, a power Carole Lombard knew well. By 1935, it may have been waning in some corners -- about this time, Central Casting reported that no more than a half-dozen platinum blondes were on its roster, and the princess of platinum, Jean Harlow, was in the process of mutating into something called a "brownette" (but still beautiful) -- so Carole was holding the banner for blondes, as this page from the April 1935 Photoplay made clear: 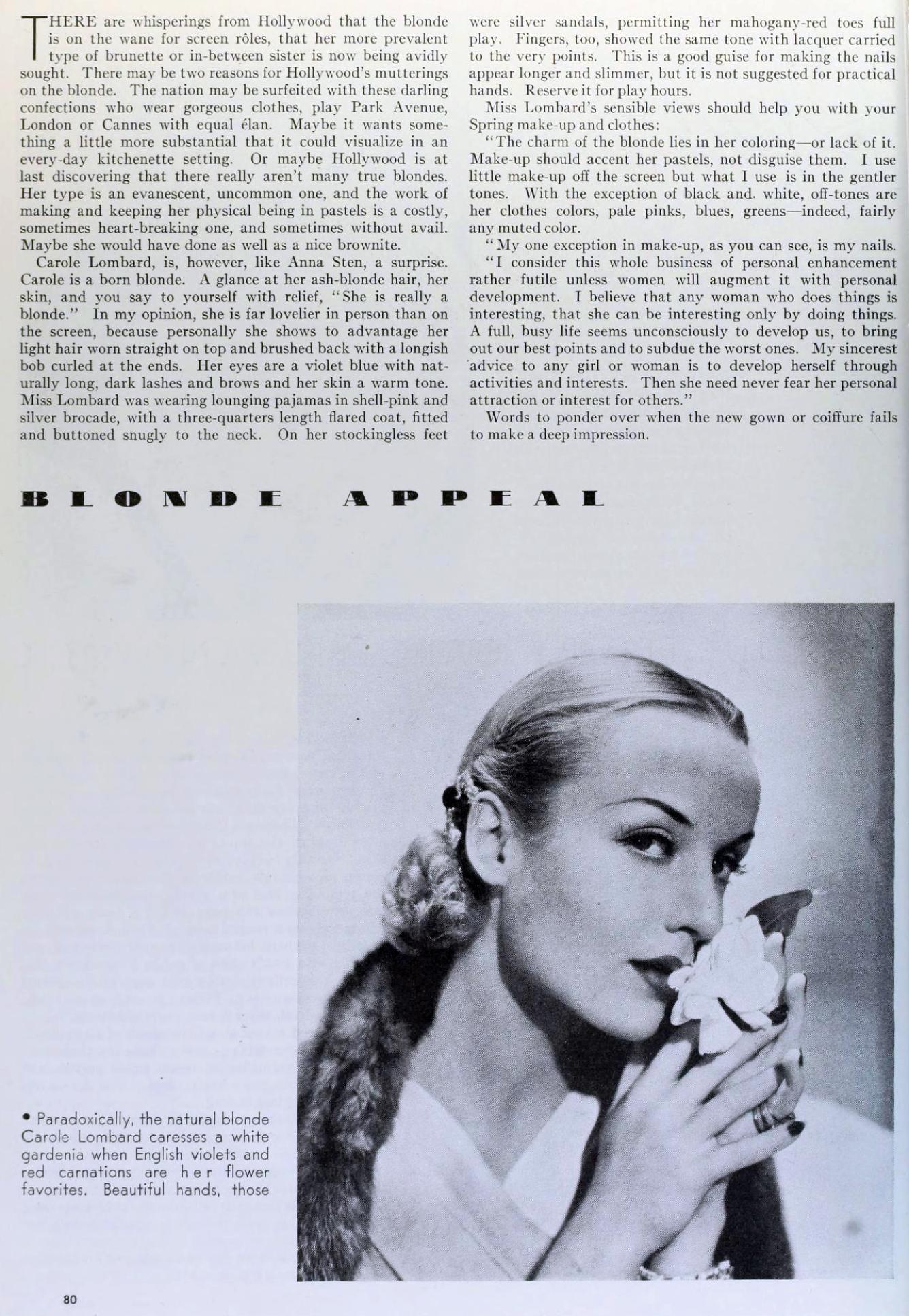 Oh, and the "I" is from Carolyn Van Wyck as part of "Photoplay's Hollywood Beauty Shop."

The magazine had some nice things to say about Lombard's look. As for her latest movie, well... 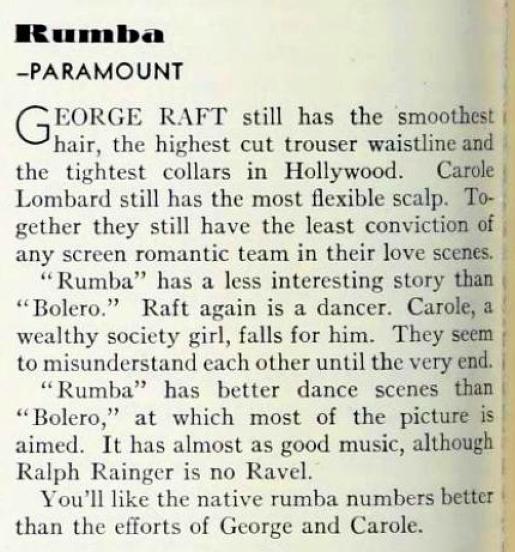 Carole's mentioned in the "Hollywood, My Hollywood" piece, but most of it belongs to Bill and Bing, as in W.C. Fields and Harry Lillis Crosby, discussing the curious practice of tourists watching film stars eat: 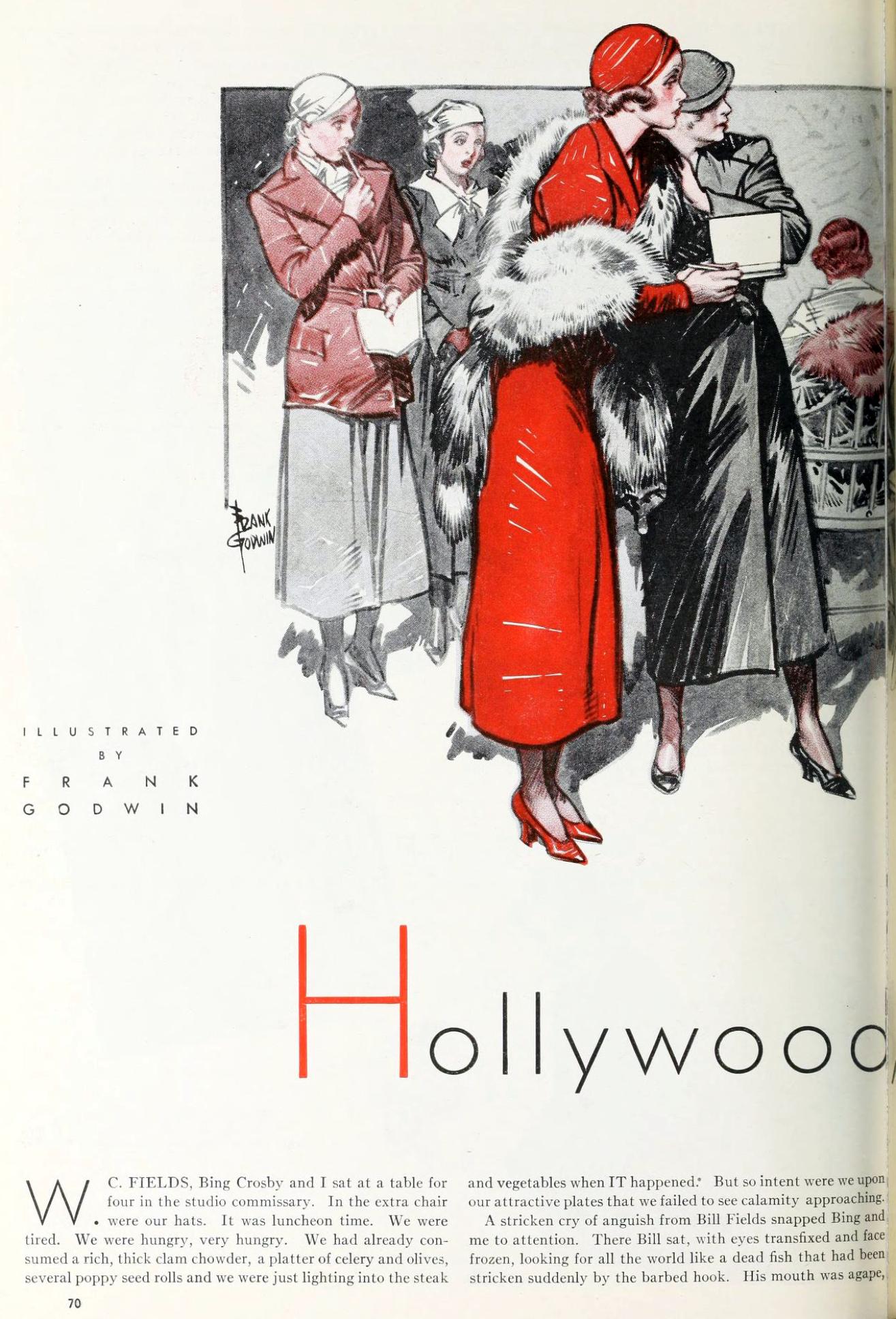 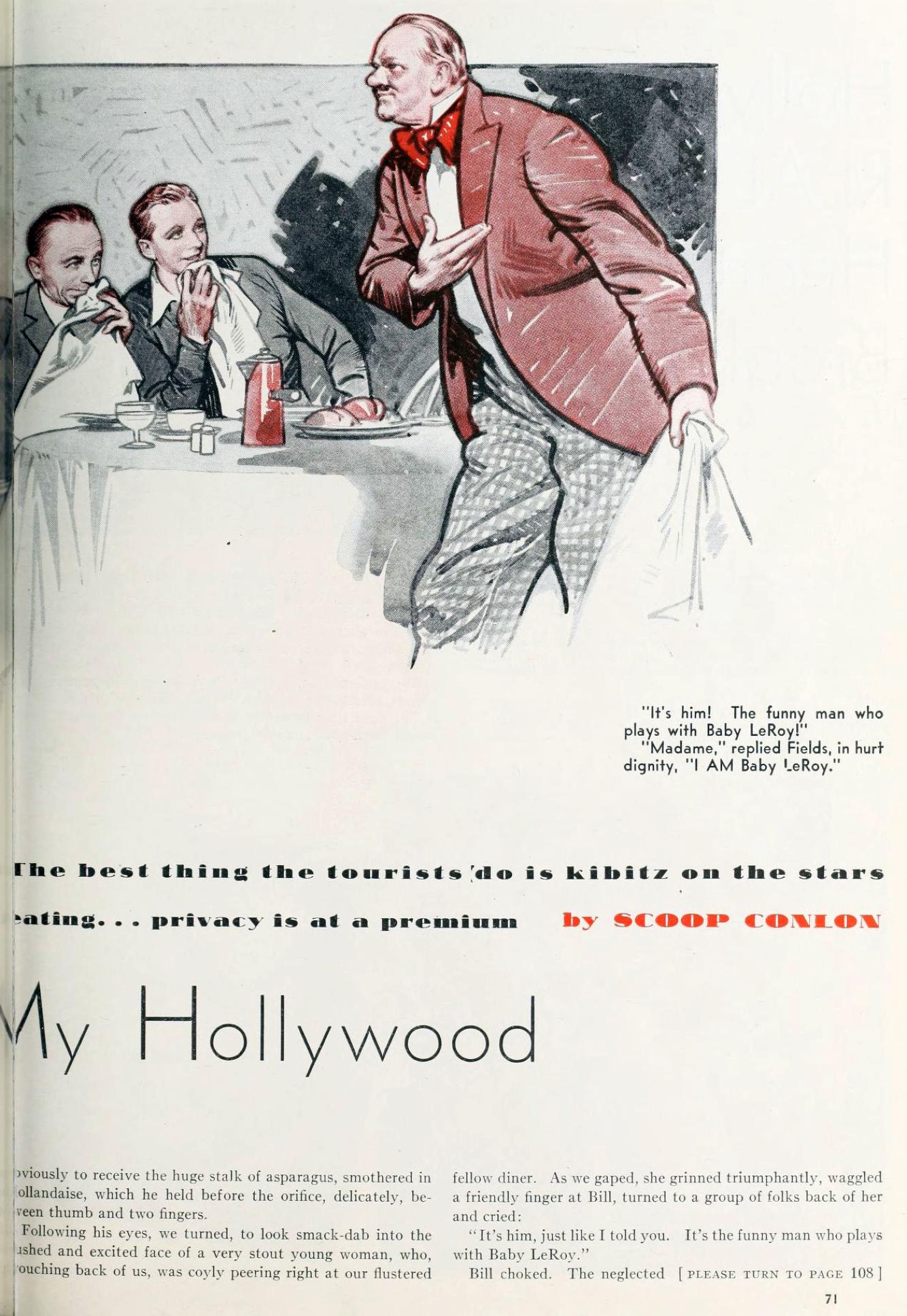 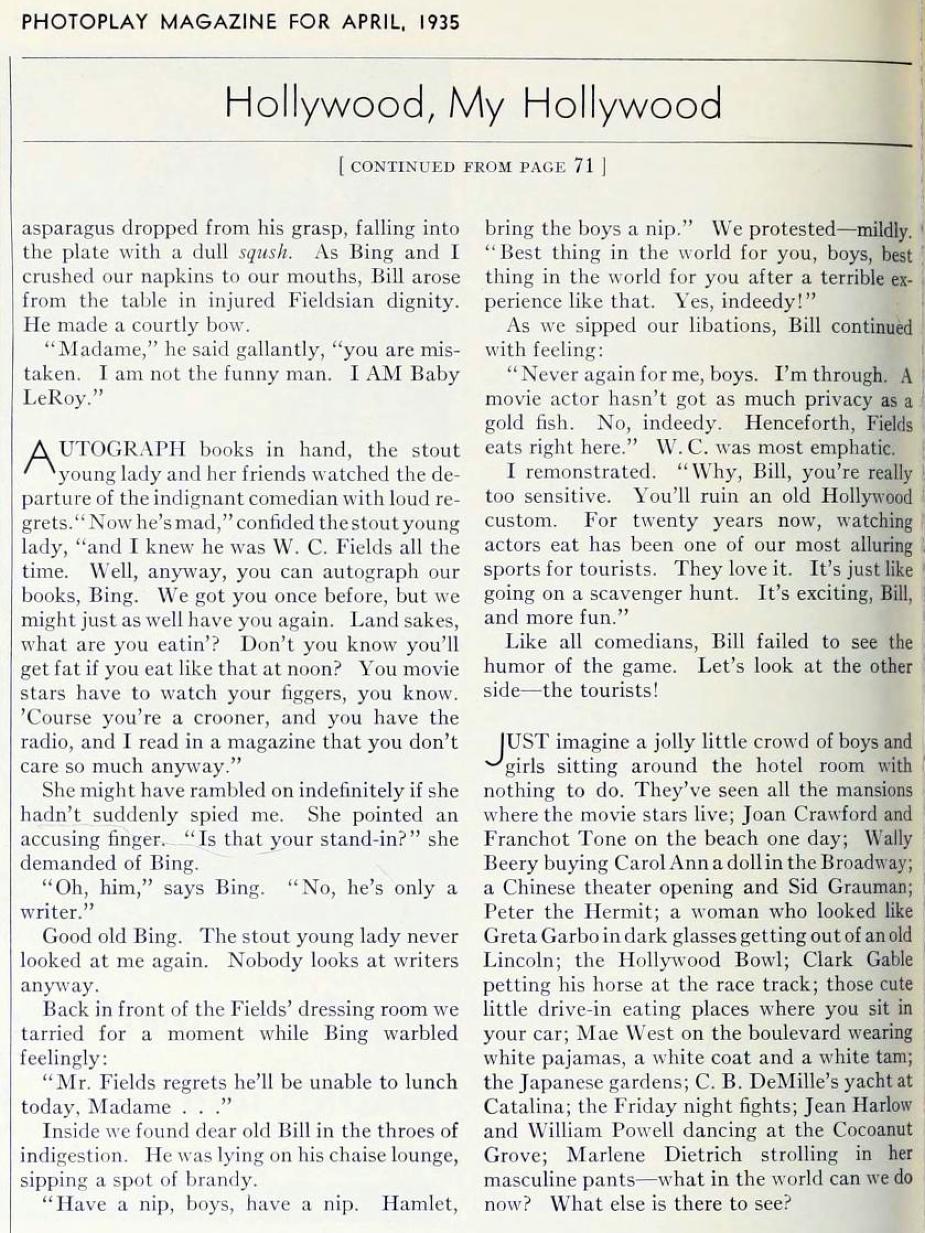 The cover star that month was Lilian Harvey, painted by Georgia Warren: 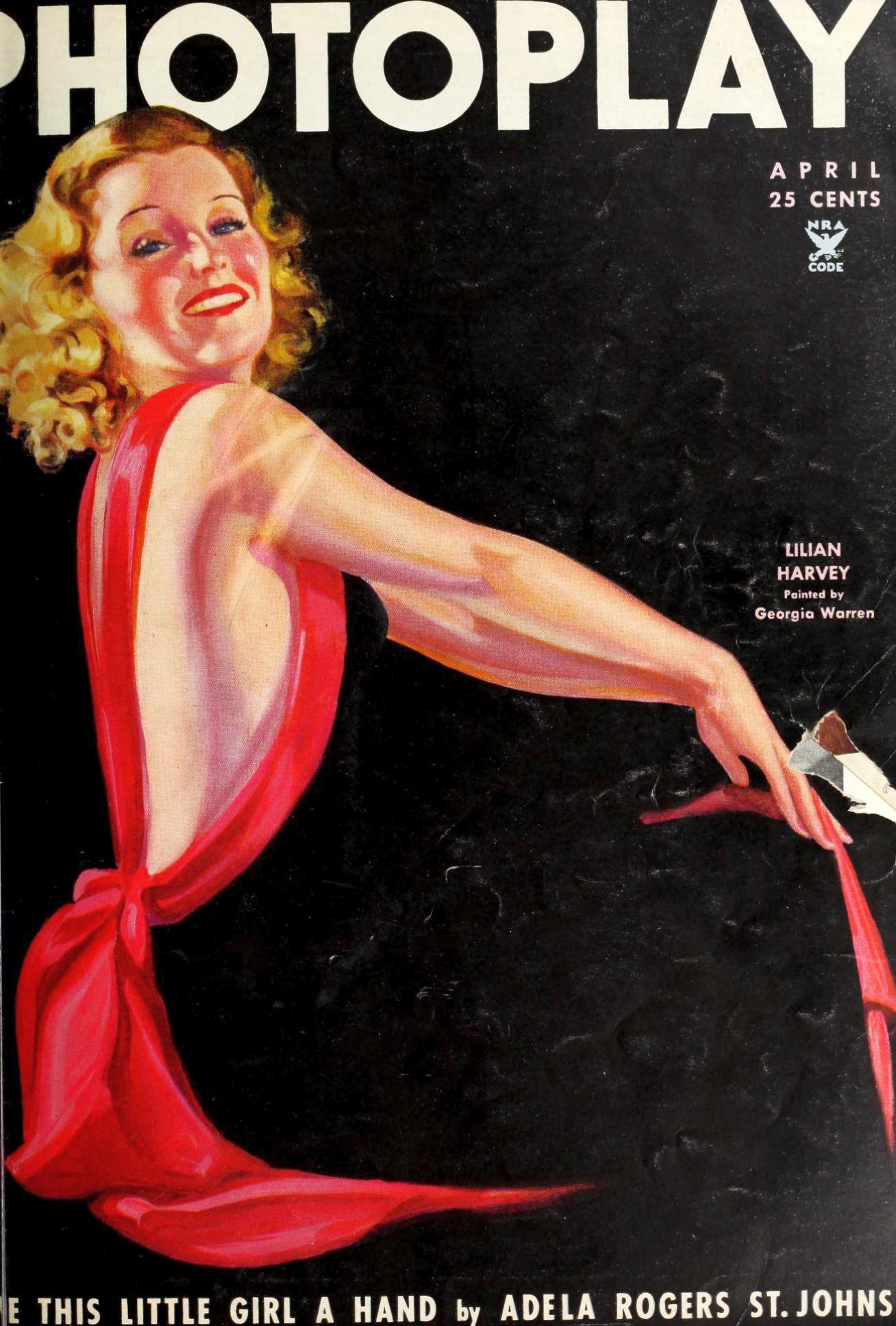 That issue featured several pages of letters, but we'll focus on this page for its theme of the treatment of the South (and southern accents) in movies, notably in "Imitation Of Life": 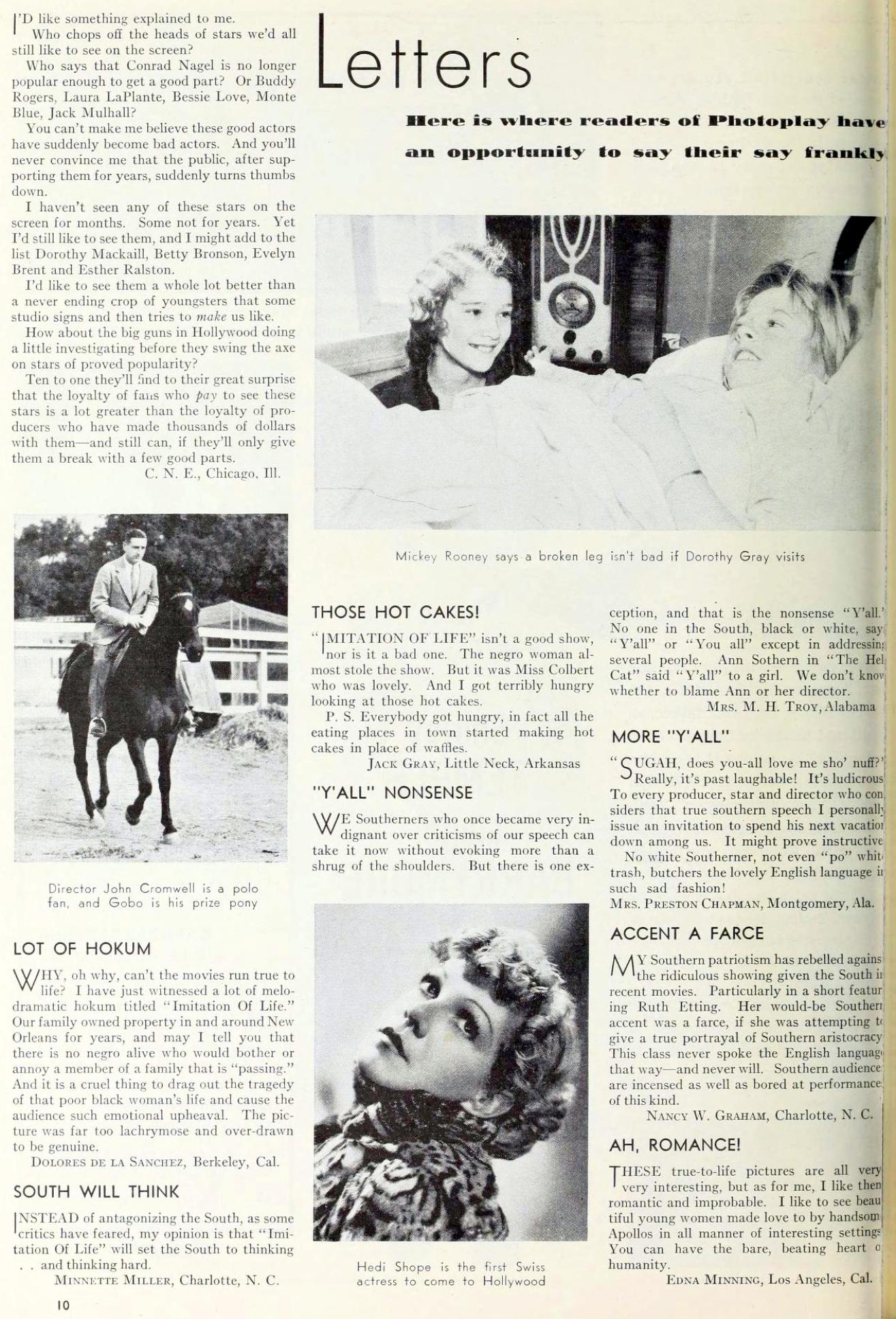 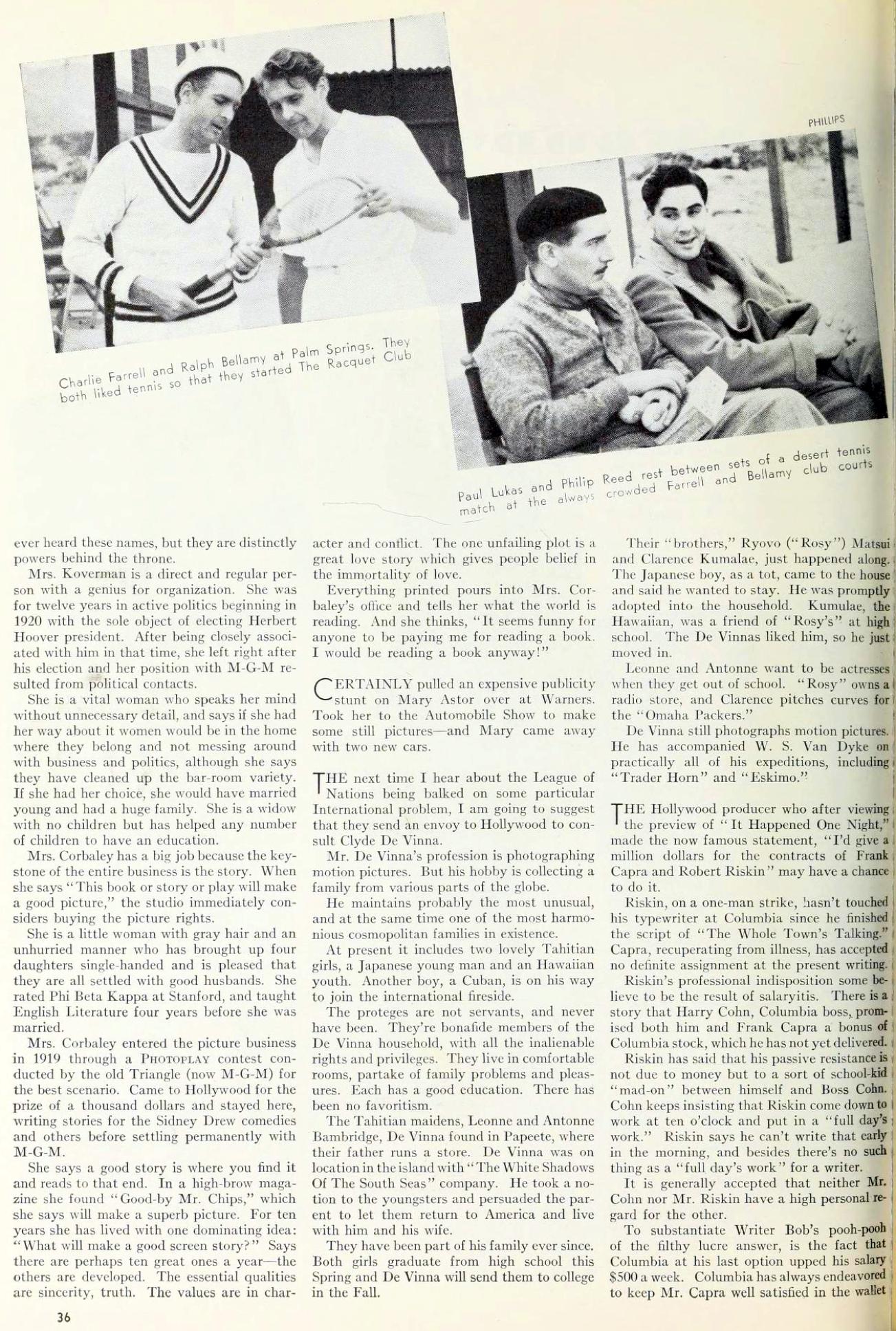 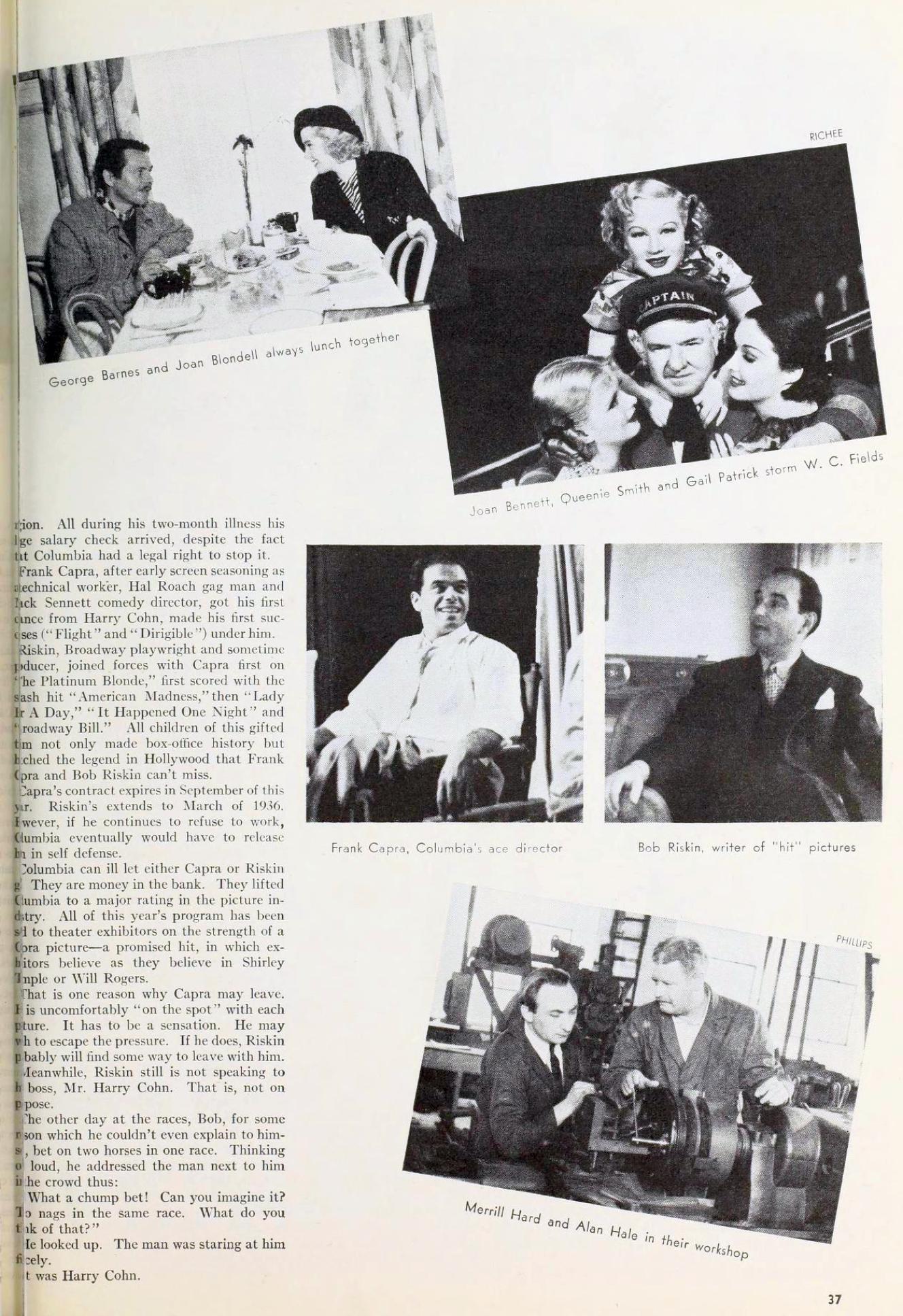 You can buy this magazine, which is listed in good condition, for $19.99. Find out more at http://www.ebay.com/itm/PHOTOPLAY-1935-LILIAN-HARVEY-FRED-ASTAIRE-JEAN-ARTHUR-CAROLE-LOMBARD-CHAPLIN-/360742580904?pt=Magazines&hash=item53fdeef2a8.
Collapse