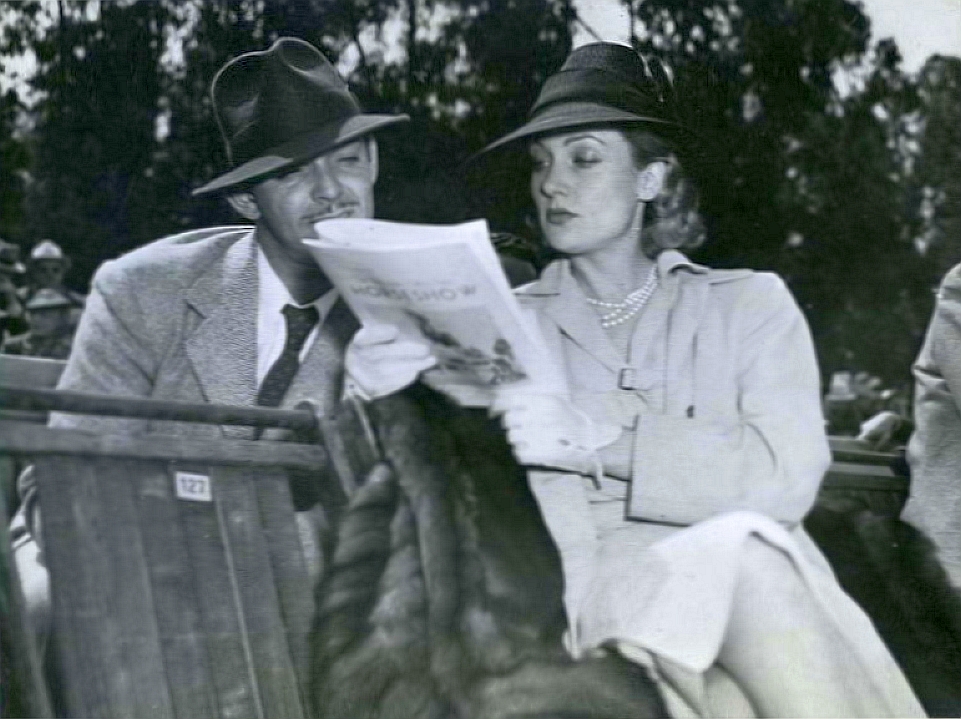 I don't know if there's some "psychic frequency" that connects mere mortals such as ourselves to the hereafter -- especially the section populated by the classic Hollywood colony -- but just to protect myself, I wish to announce this entry is about "Gable And Lombard," the alleged 1976 biopic of Clark and Carole. (I don't want to walk out the door one morning to find myself dodging lightning bolts from Carole Lombard...though after operating this site for 6 1/4 years, I'm sure I'm on good terms with her. At least I hope so.) 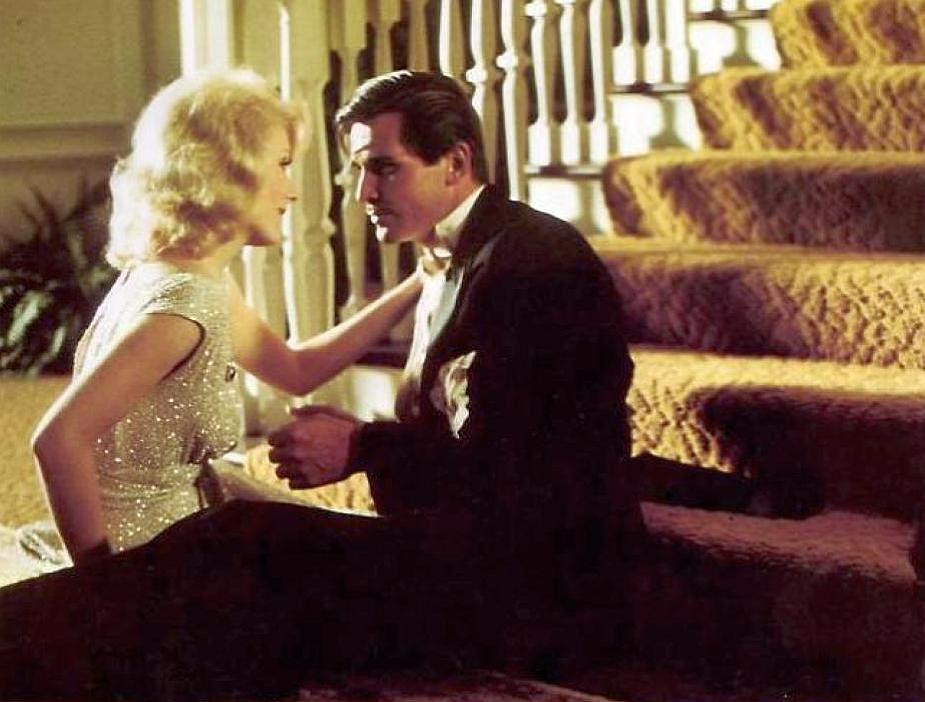 The movie premiered in February, and on March 5, 1976, the St. Petersburg (Fla.) Evening Independent published its review. It wasn't good. 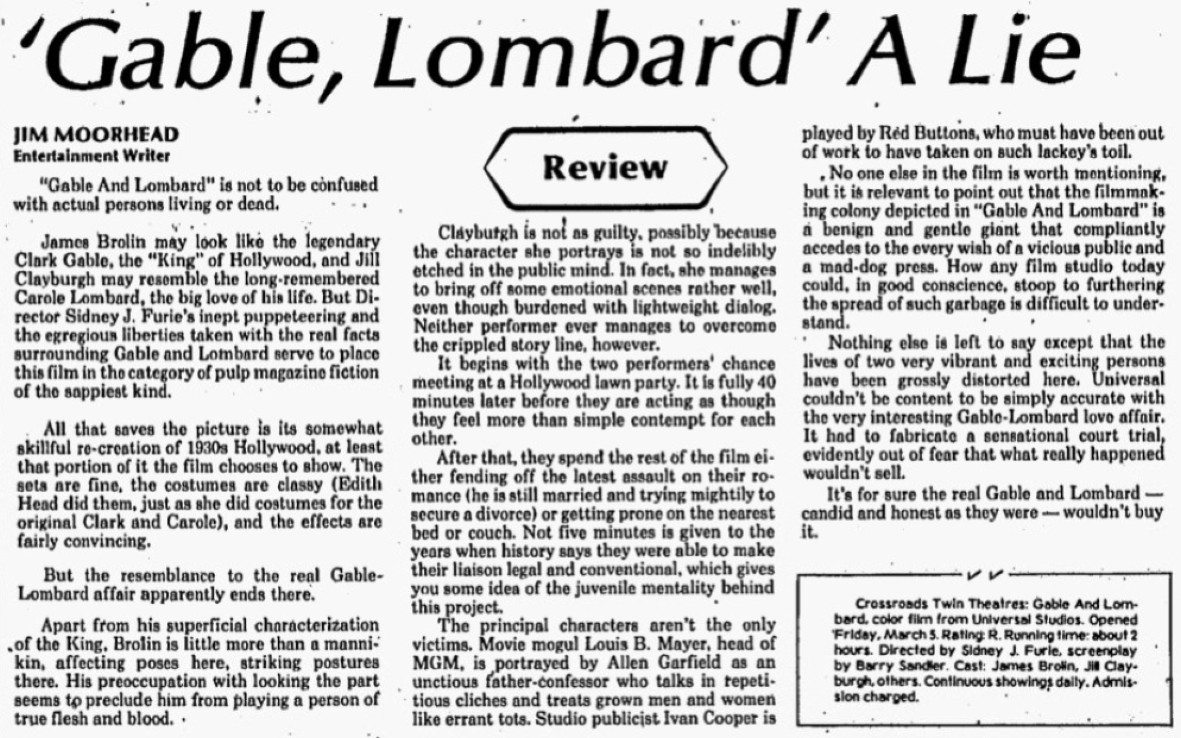 "Gable And Lombard" arrived in Syracuse that spring, and the local review from the evening Herald-Journal was similarly scathing: 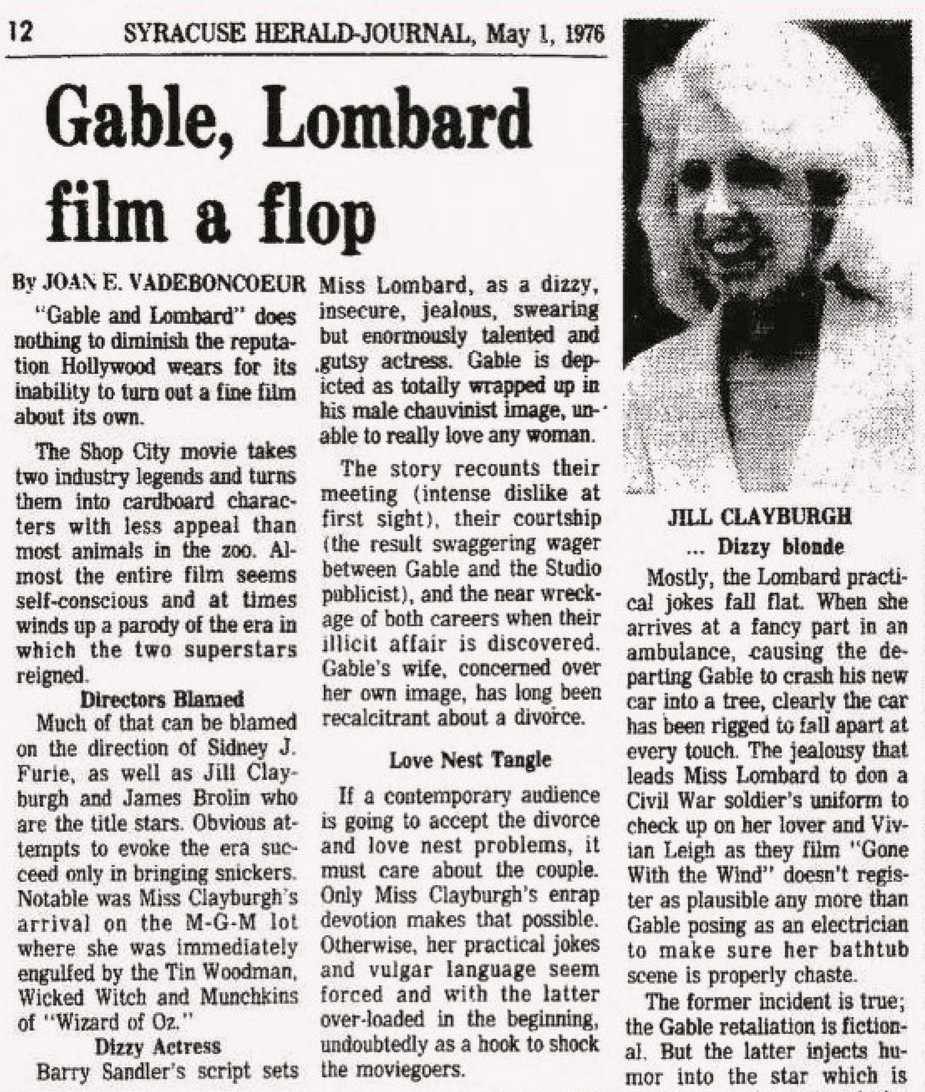 I've never heard of the Lombard Civil War uniform story; I doubt its veracity because Carole almost certainly was aware that Vivien Leigh was in a close relationship with Laurence Olivier and had no designs on Gable.

In between the publishing of those reviews, the Newspaper Enterprise Association syndicate wrote a feature about how the script of "Gable And Lombard" took liberties with history for the sake of dramatic convenience. Many papers ran it, including the Warsaw Times-Union in Carole's home state of Indiana on April 10: 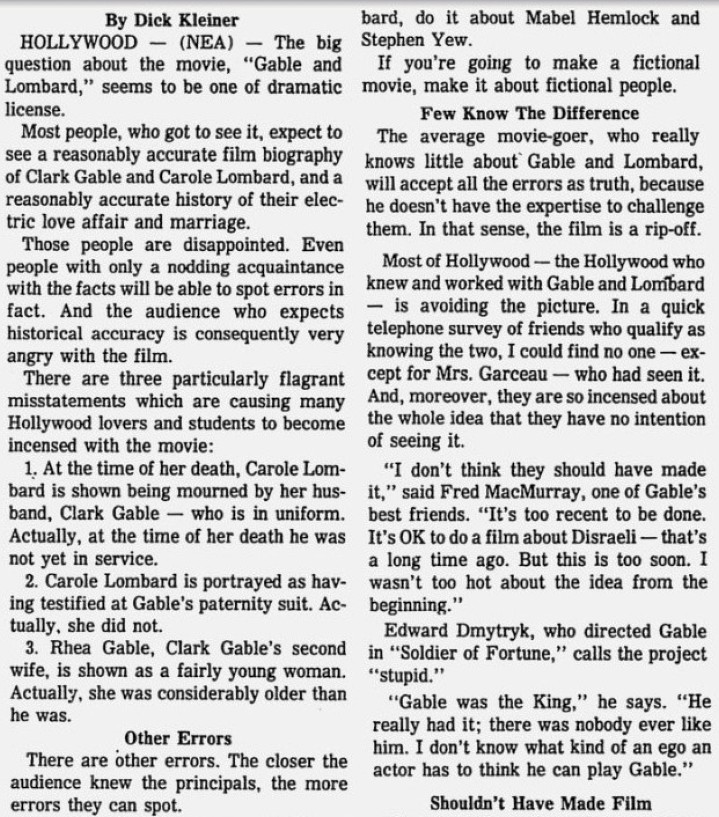 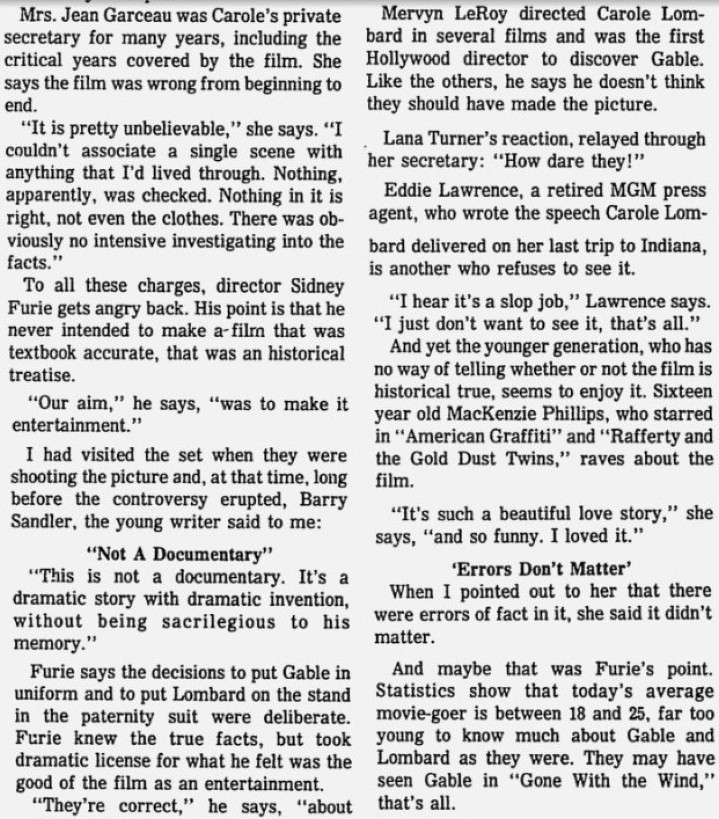 That story not only provides insight into the controversy, but to the media's knowledge of Hollywood's past:

* Fred MacMurray may have been good friends with Gable, but he also made four films with Lombard -- more than any other of her leading men. That isn't mentioned, proof that in 1976, MacMurray's career still was viewed through the prism of "My Three Sons" and Walt Disney and, oh yeah, didn't he play a heel or two for Billy Wilder?

* Mervyn LeRoy directed only one movie with Carole -- "Fools For Scandal," one of her lesser efforts.

* Sandler's comment, "This is not a documentary. This is a dramatic story with dramatic invention, without being sacrilegious to his memory" (emphasis mine), shows this was a Gable-focused story, understandable. But that doesn't explain why the script shows Carole as initially a bigger star than Clark, something that never was true.

* Director Sidney Lurie admitted it was dramatic license to show Gable in uniform at the time of Lombard's death, but added, "But I loved the image of him in uniform, so I cheated for four months." Uh, Sidney, actually it was seven months, as Clark didn't join the Army until August.

It was, however, good to see Jean Garceau, who was a personal secretary for both Lombard and Gable, say this cinematic emperor had no clothes (or at least was wearing the wrong ones). As time goes on, her comments increasingly ring true. 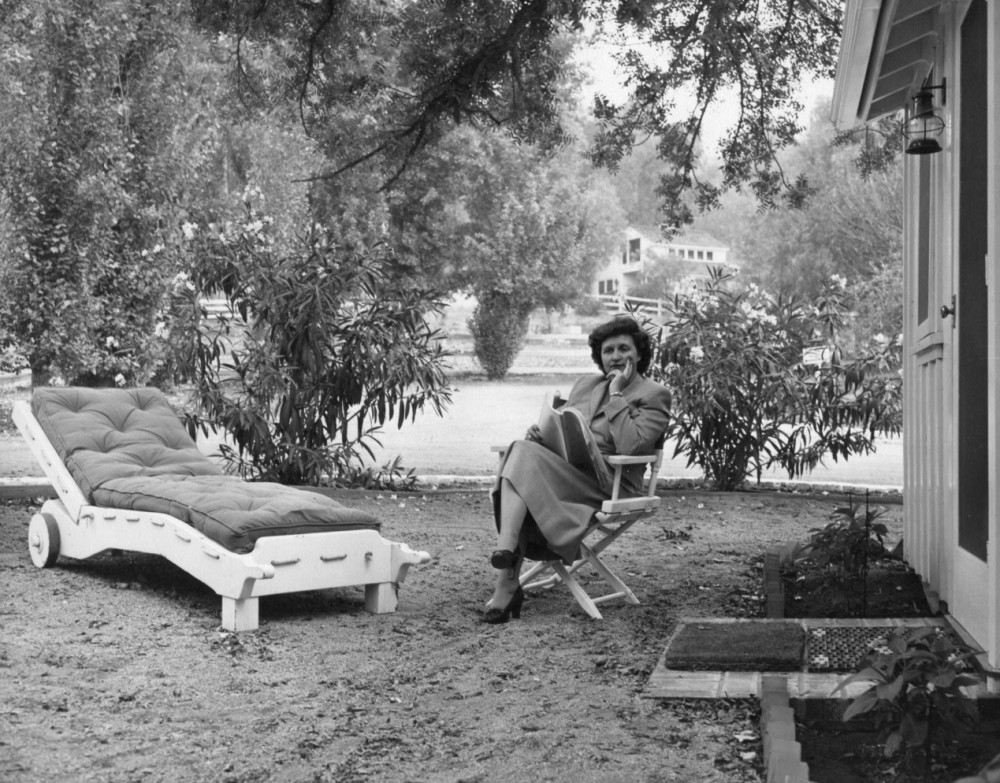