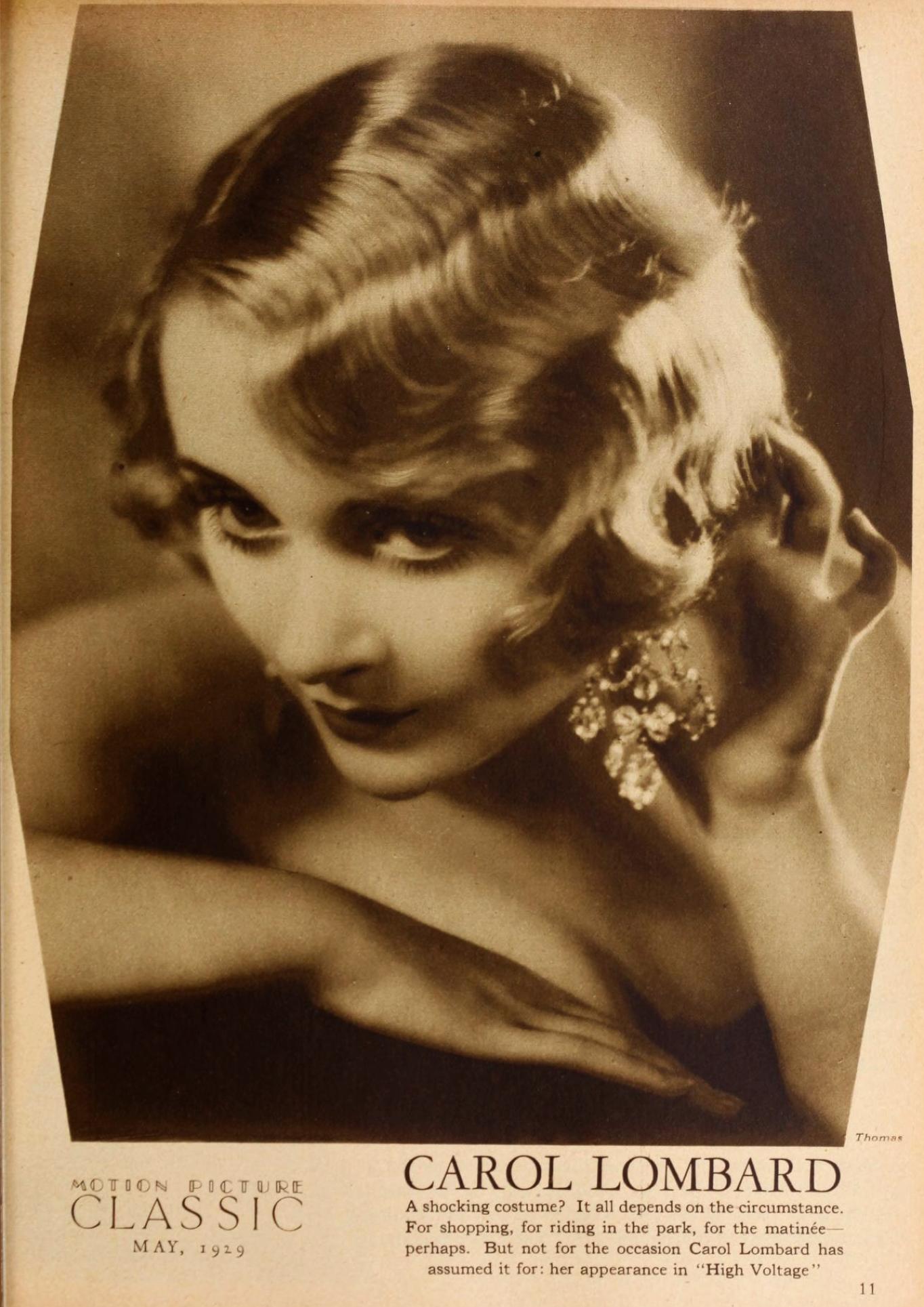 Another sultry William E. Thomas portrait of Carole Lombard, this time bare-shouldered, provides her sole mention in the May 1929 issue of Motion Picture Classic...although a movie she had a supporting role in, "Ned McCobb's Daughter" (now lost, the most recent Lombard film to suffer that unfortunate fate), is profiled in the magazine alongside "The Broadway Melody" and other movies out that spring: 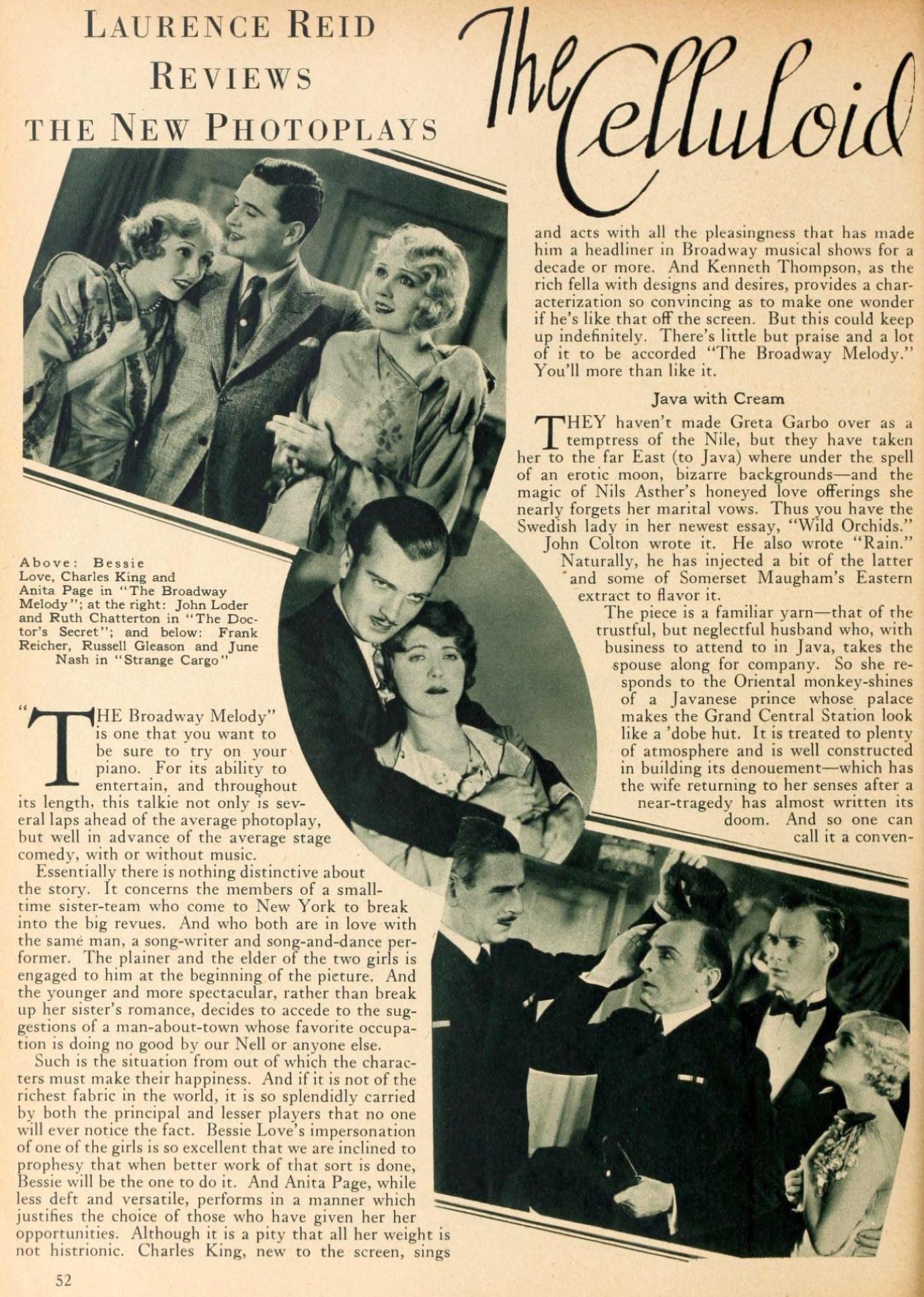 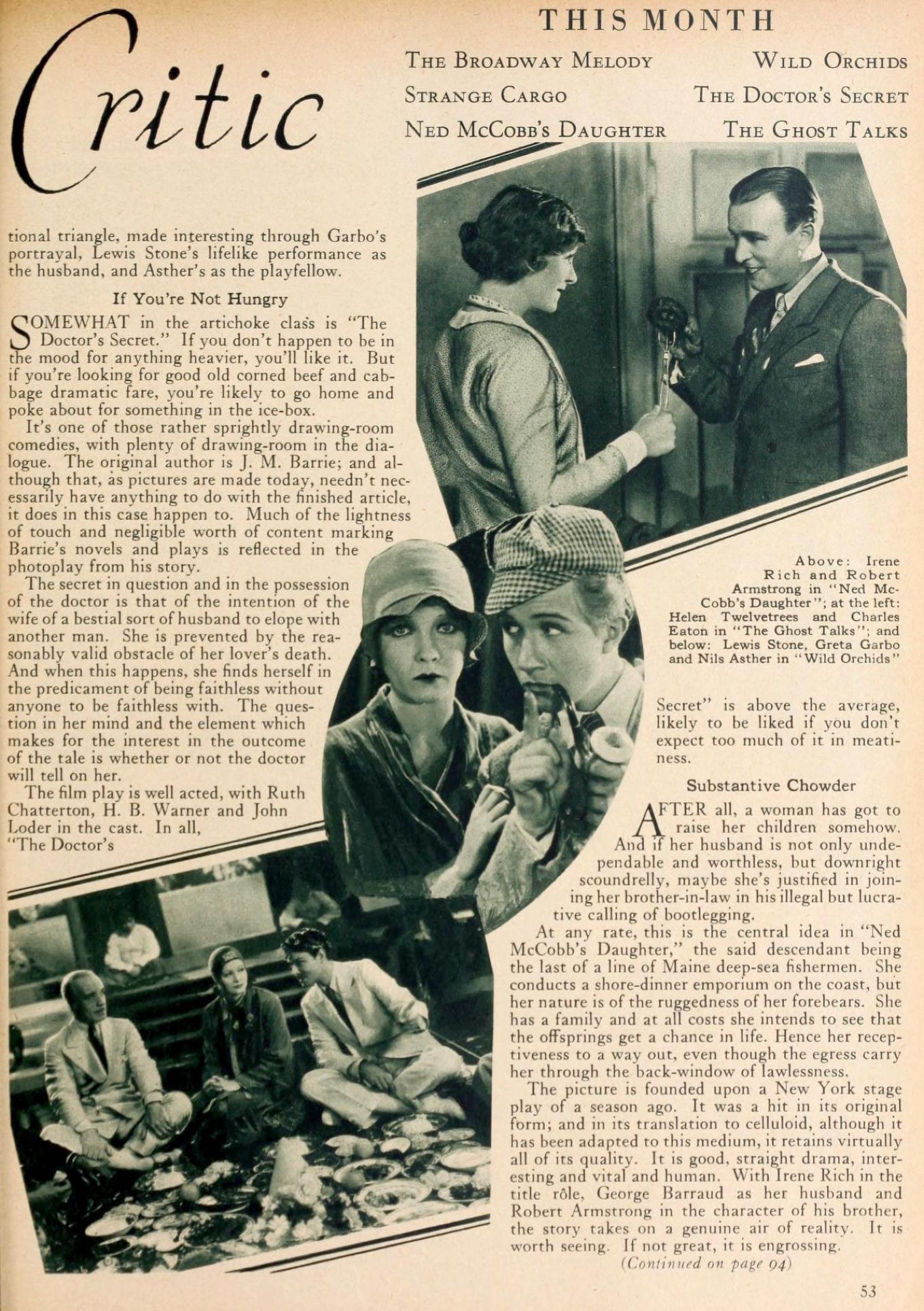 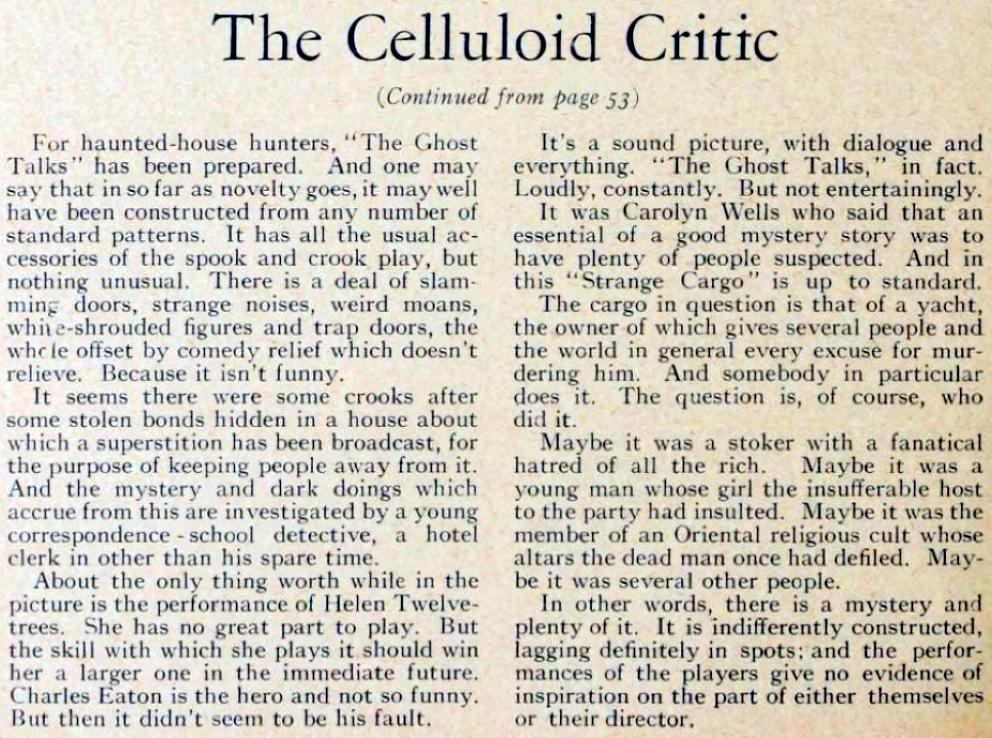 Here are a few other things from that issue, whose cover featured Clara Bow: 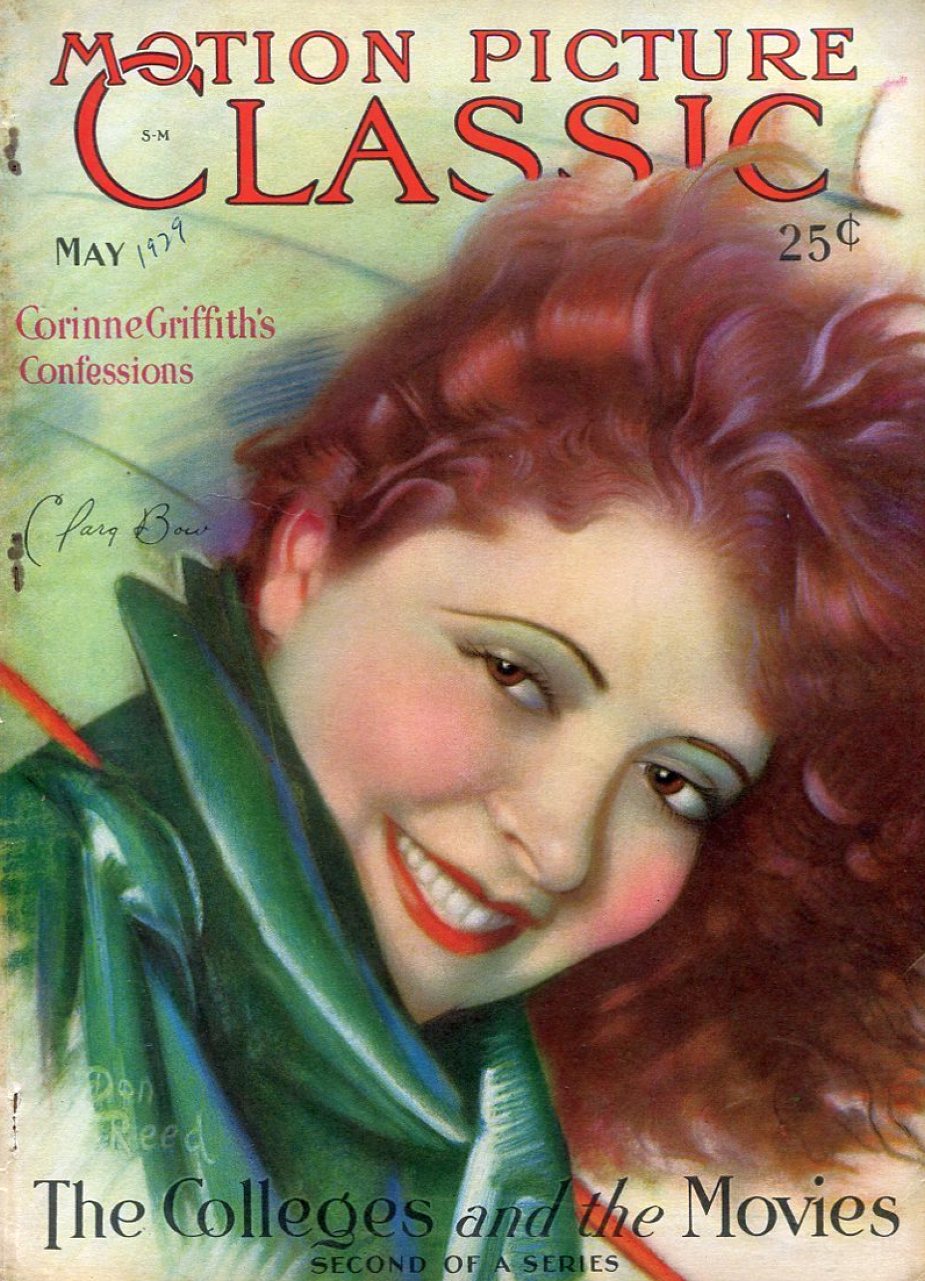 Planning to visit Hollywood in the spring of 1929? (If you have room in your time machine and can guarantee a safe journey to and back, take us with you!) Ruth Biery provides a travelogue: 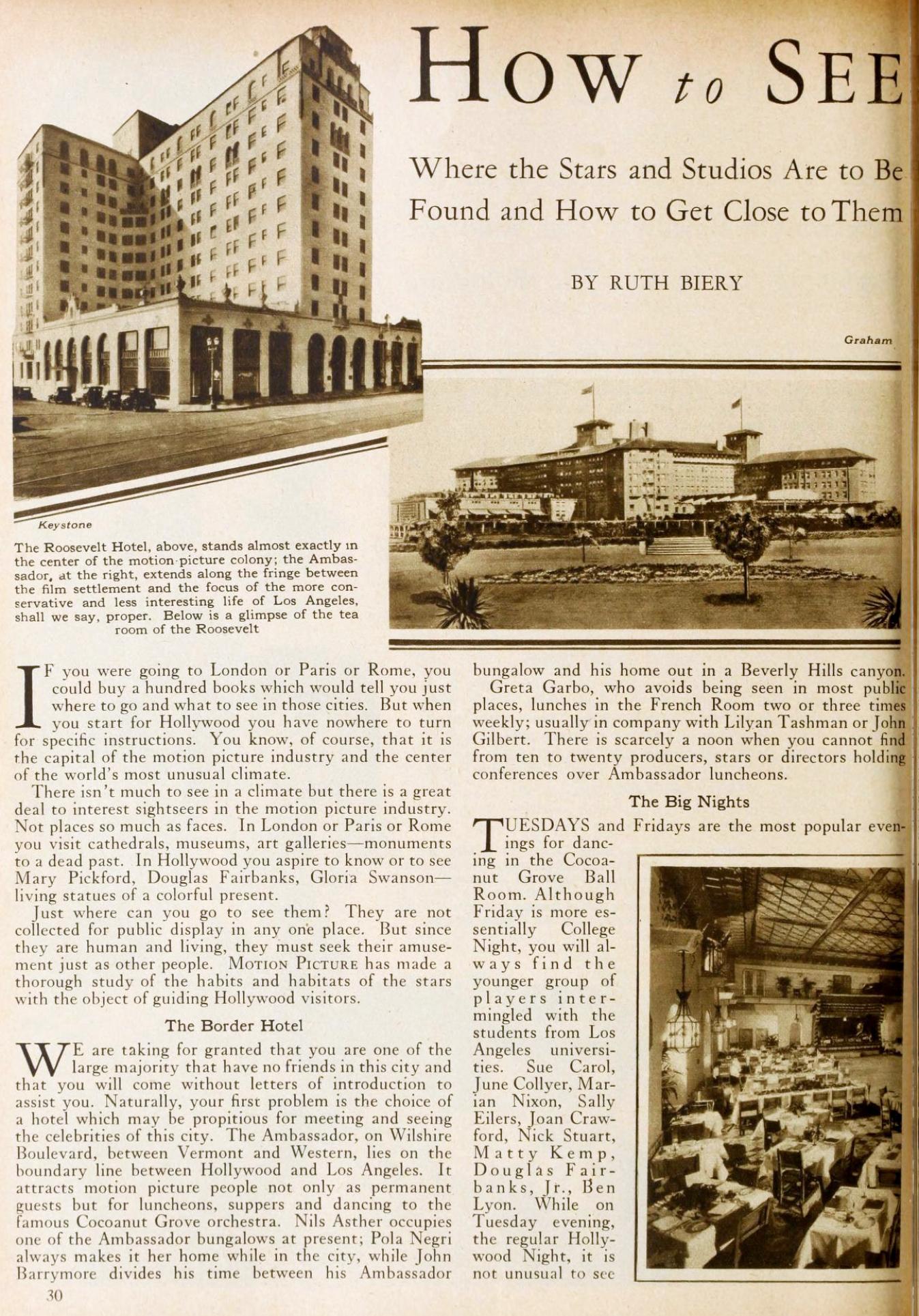 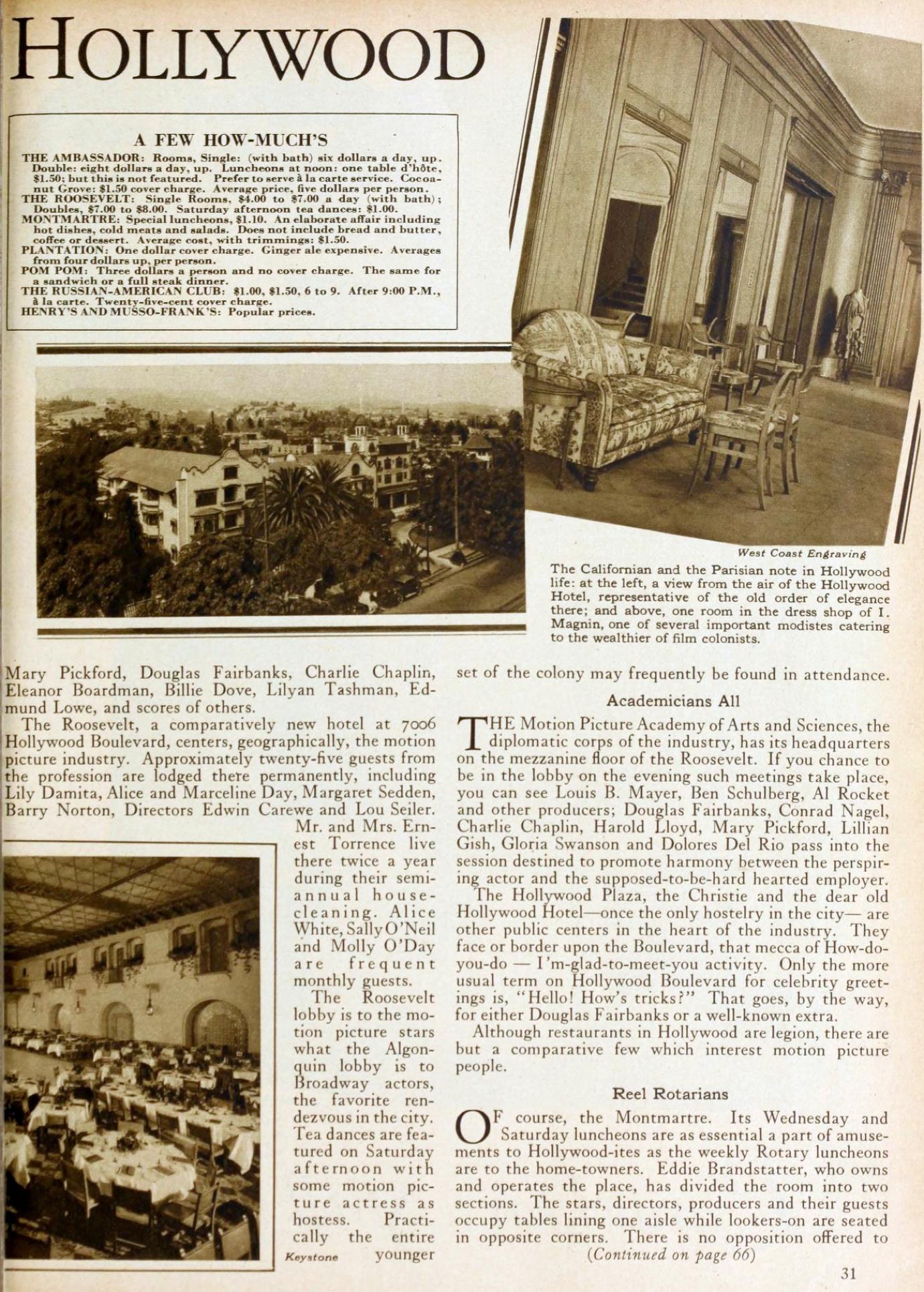 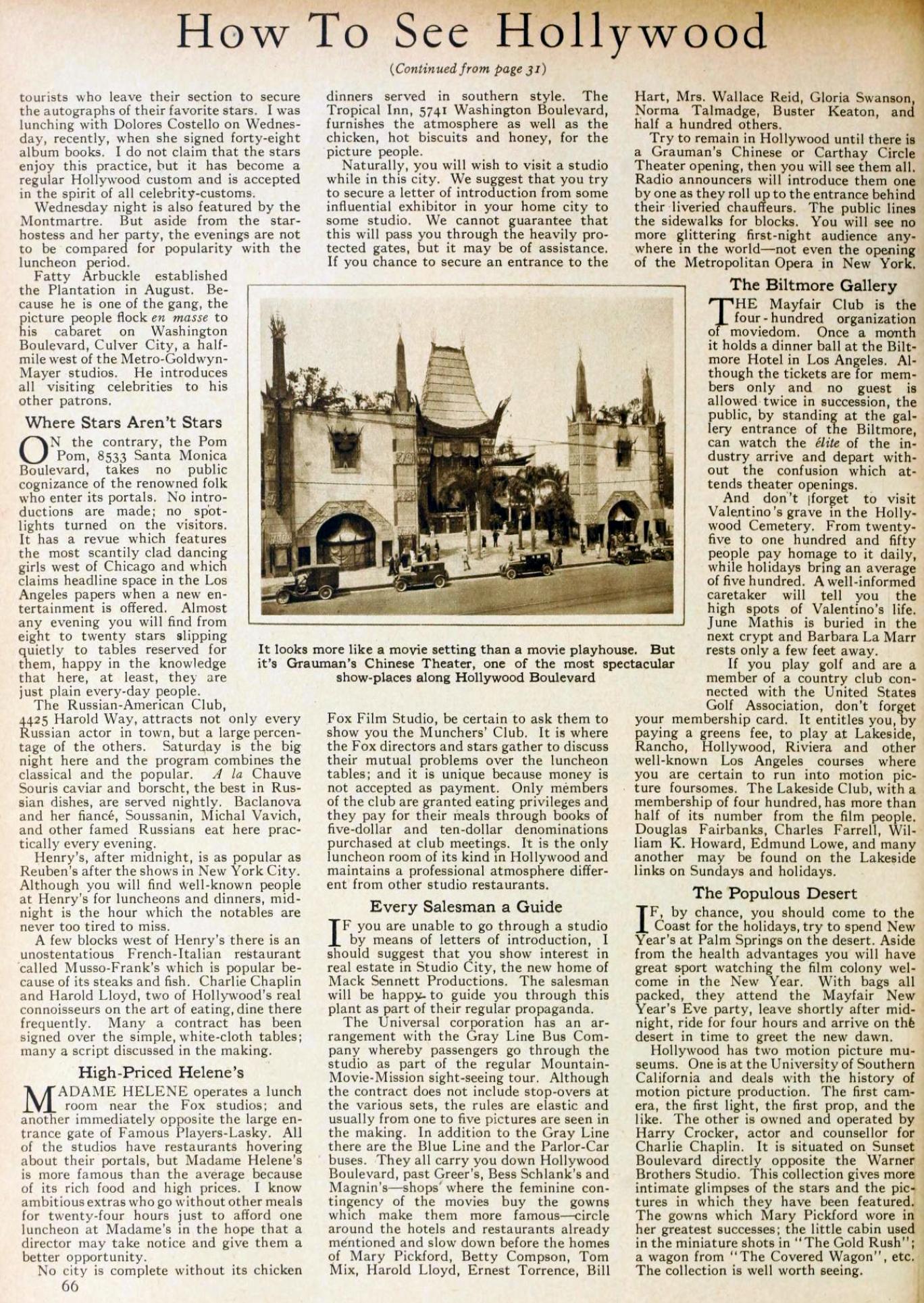 Just watch out for that bootleg hooch, OK?

Since it's still fairly early in 1929, the great transition to talkies is underway, and Motion Picture Classic notes 30 acting emigres from Broadway have headed west to try their luck, joining an army of writers following Herman J. Mankiewicz's famous telegram to Ben Hecht ("Millions are to be grabbed out here and your only competition is idiots"). Among the 30 listed here, Robert Montgomery, Paul Muni and Claudette Colbert grabbed goodly shares of those millions (John Cromwell did too, albeit as a director); others earned somewhat less: 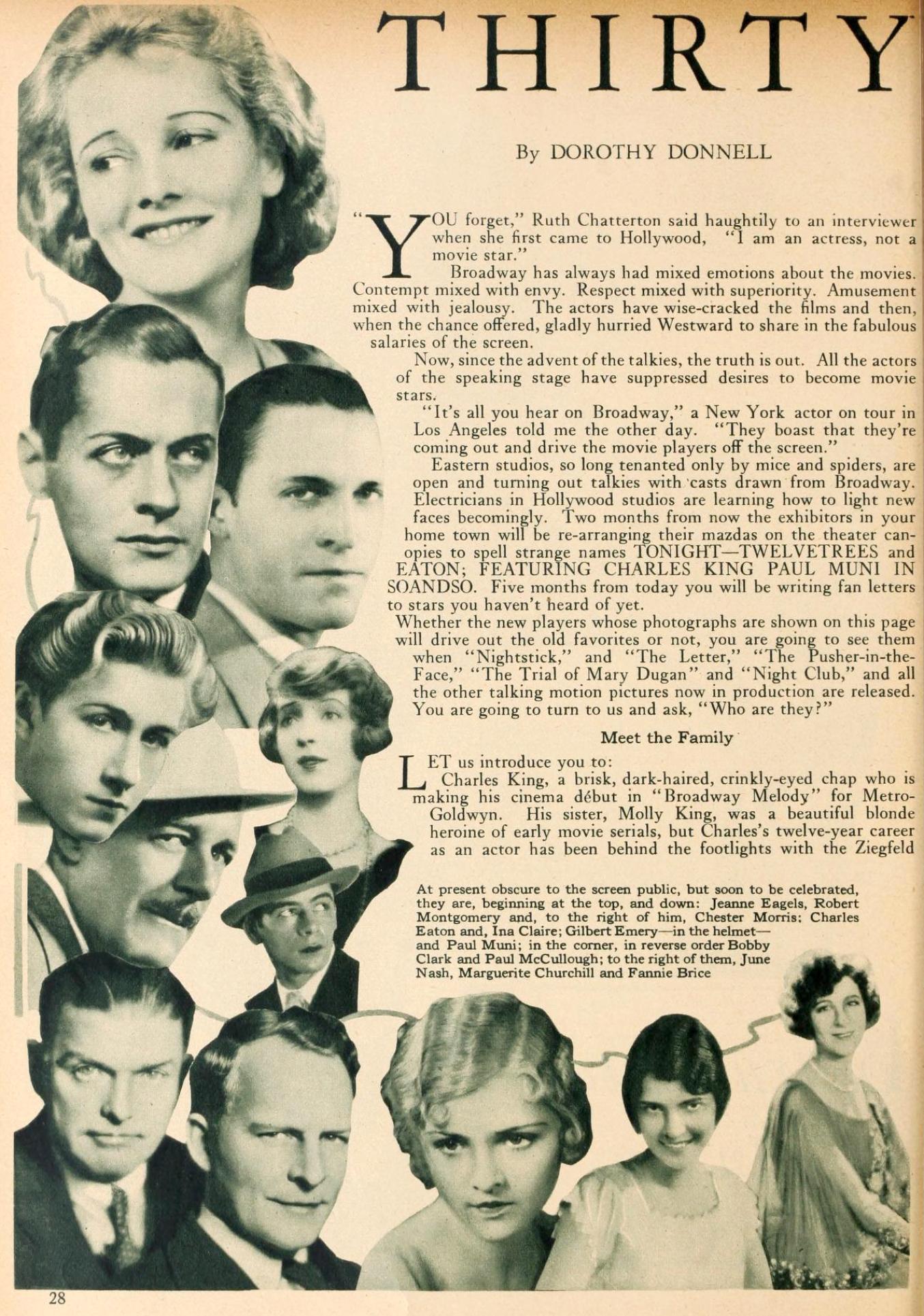 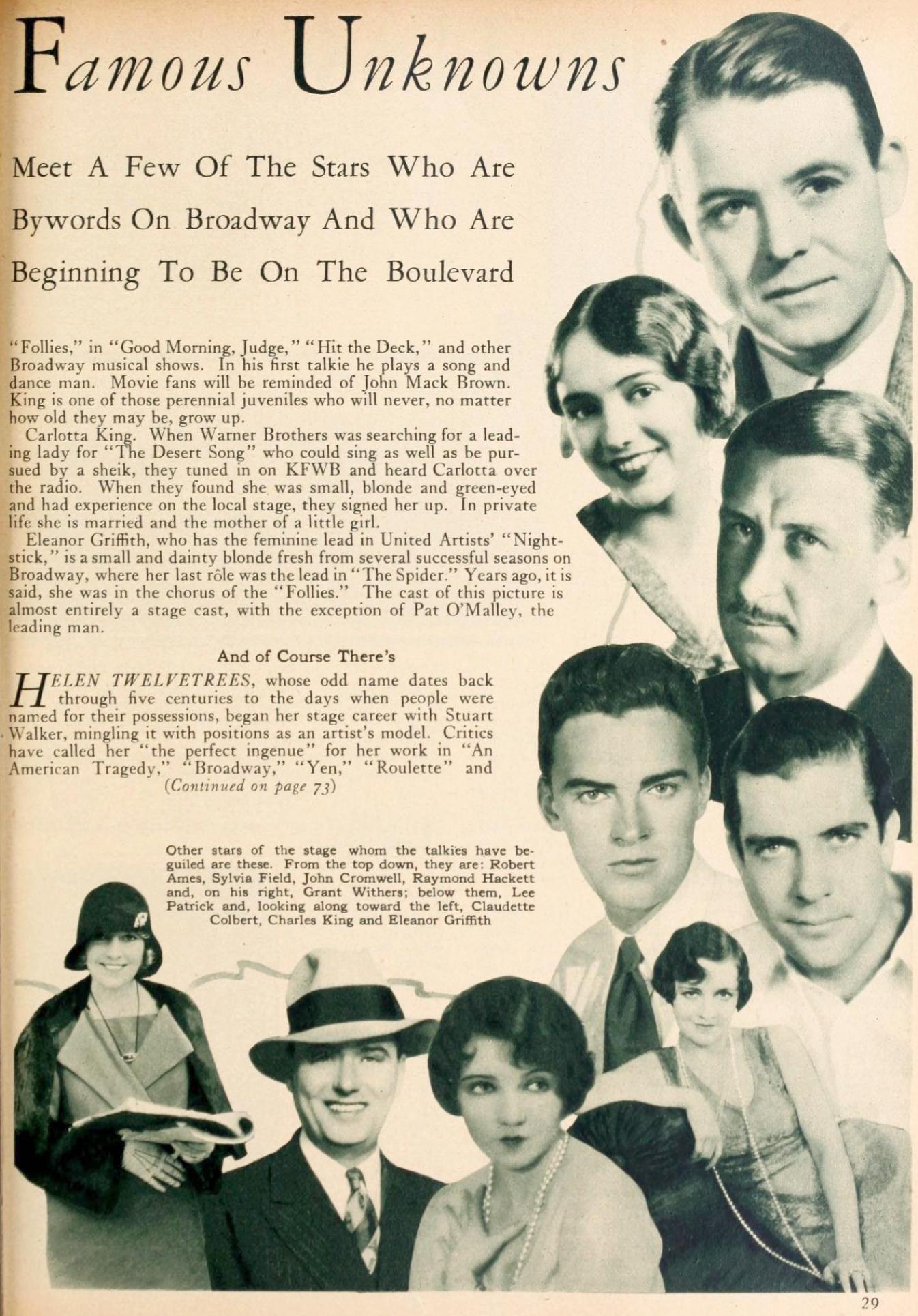 Others in the influx were covered in the column "Last Minute News": 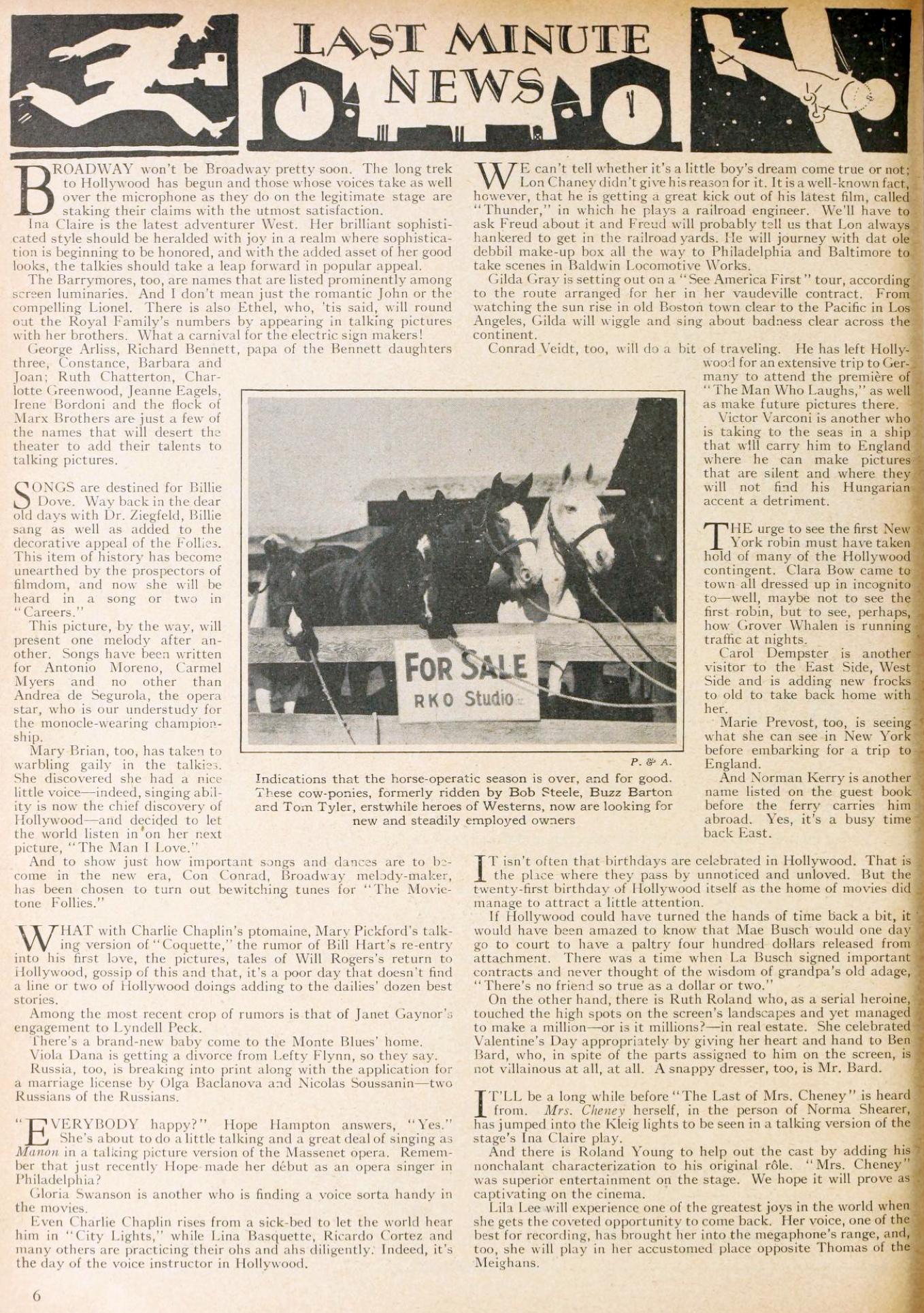 Myrna Loy, still in her "ethnic" period, is shown in conjunction with her latest film, "The Squall": 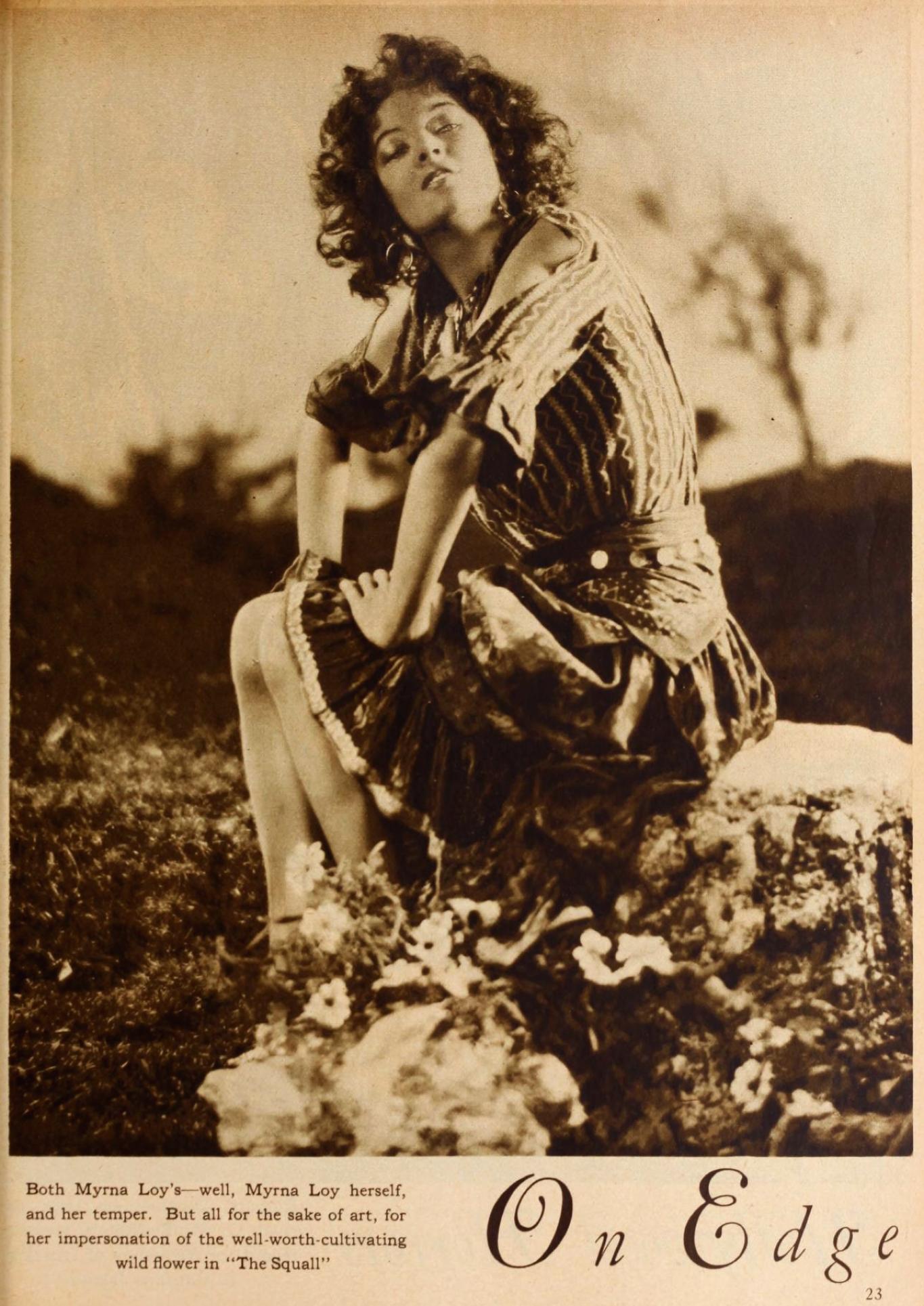 And, of course, there are ads, like this two-page spread featuring "WAMPAS Baby Stars of 1929" (including Loretta Young, sister Sally Blane, Anita Page and Jean Arthur) who attest to their use of Lux soap: 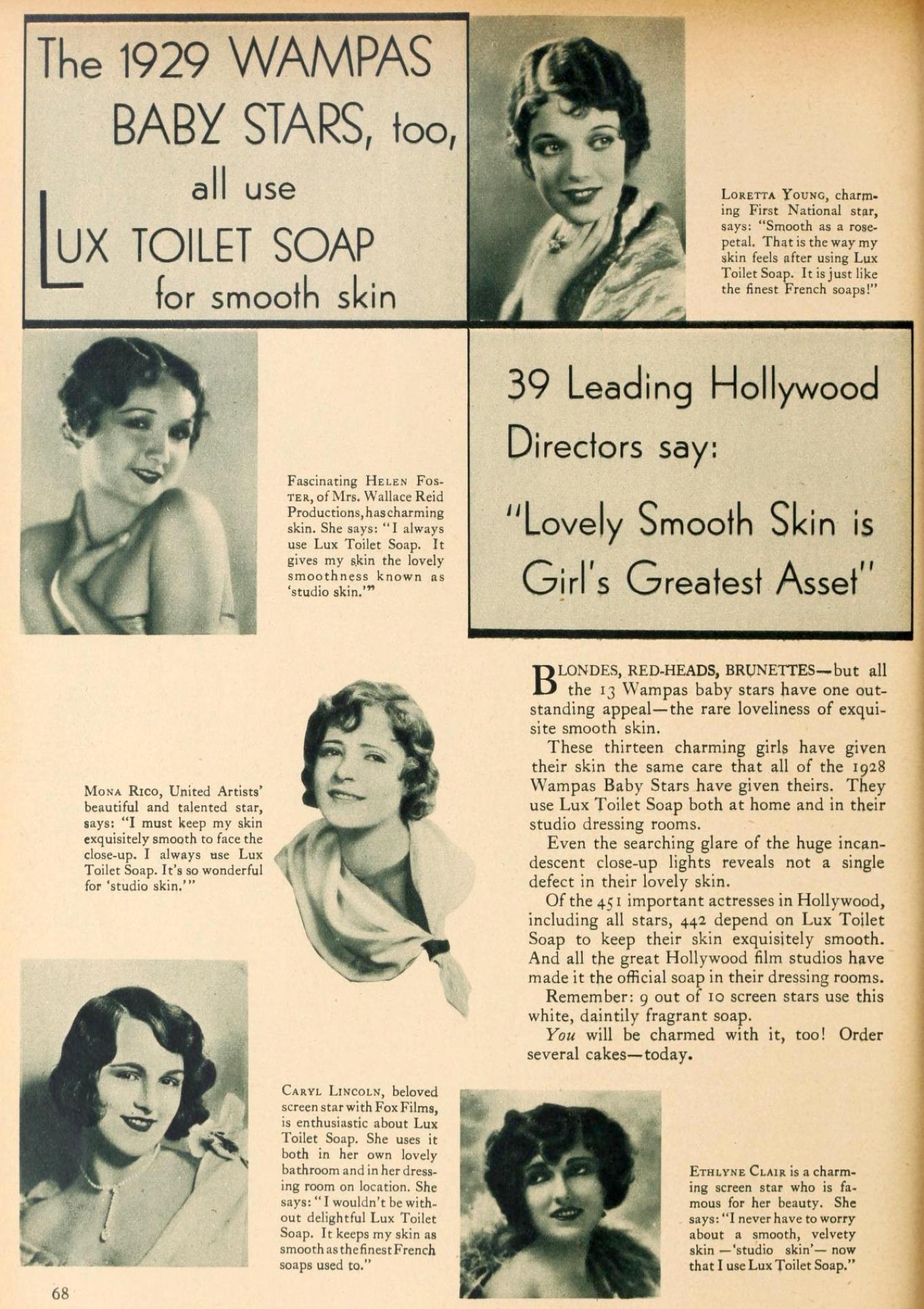 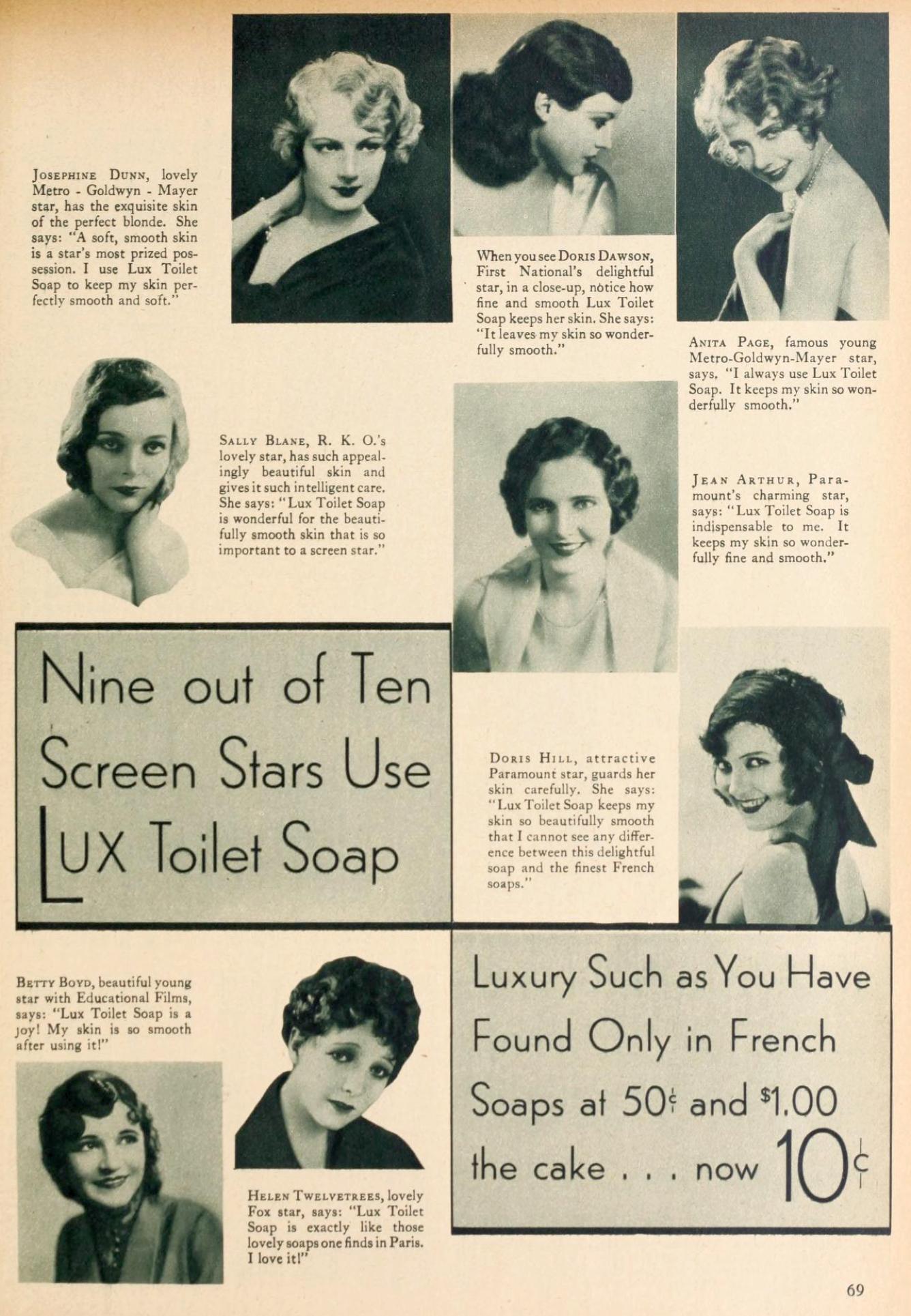 Continuing with beauty, here's an ad for Colleen Moore Face Powder -- although what makes this so unusual is there's not any kind of image of Colleen in it! 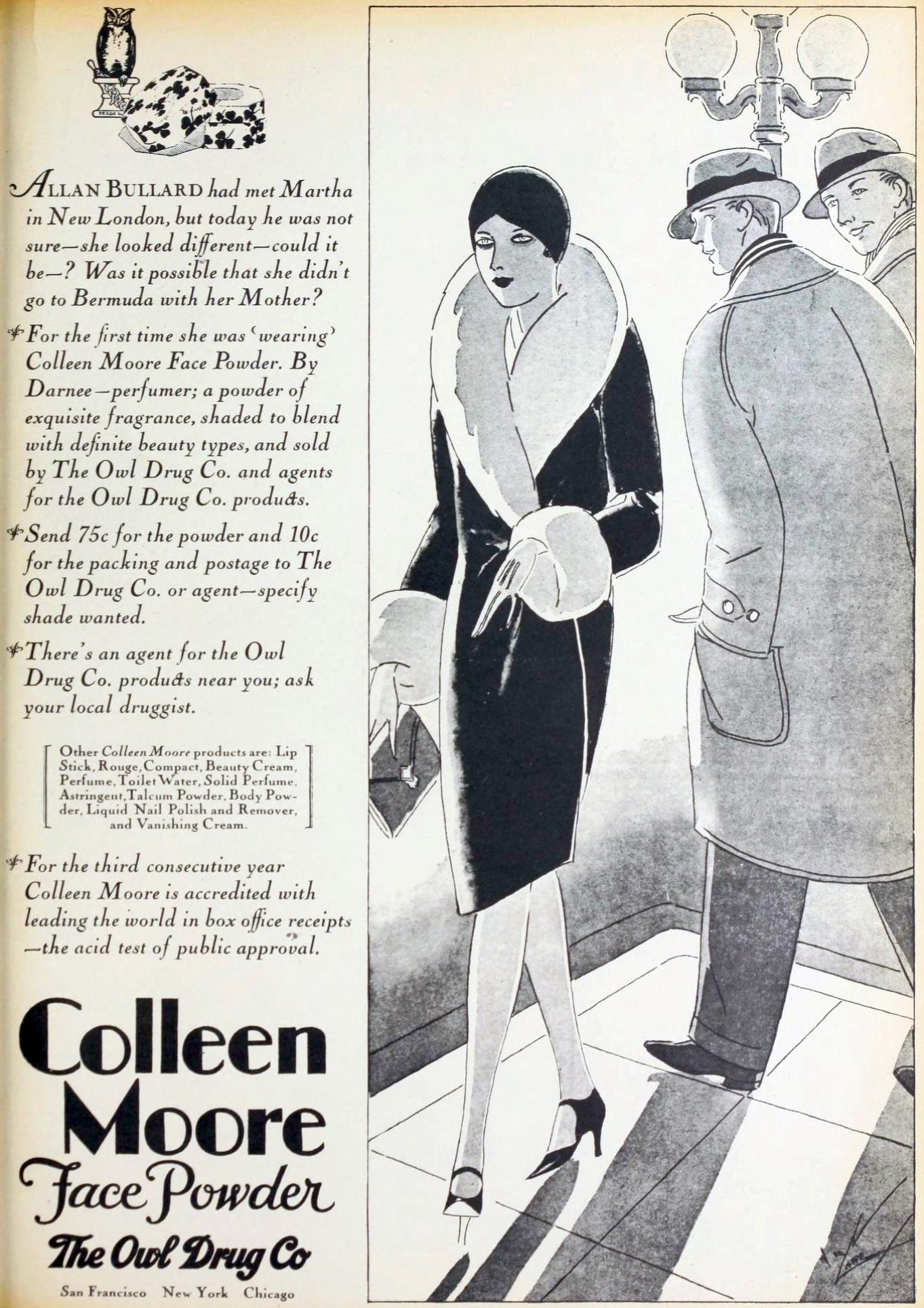 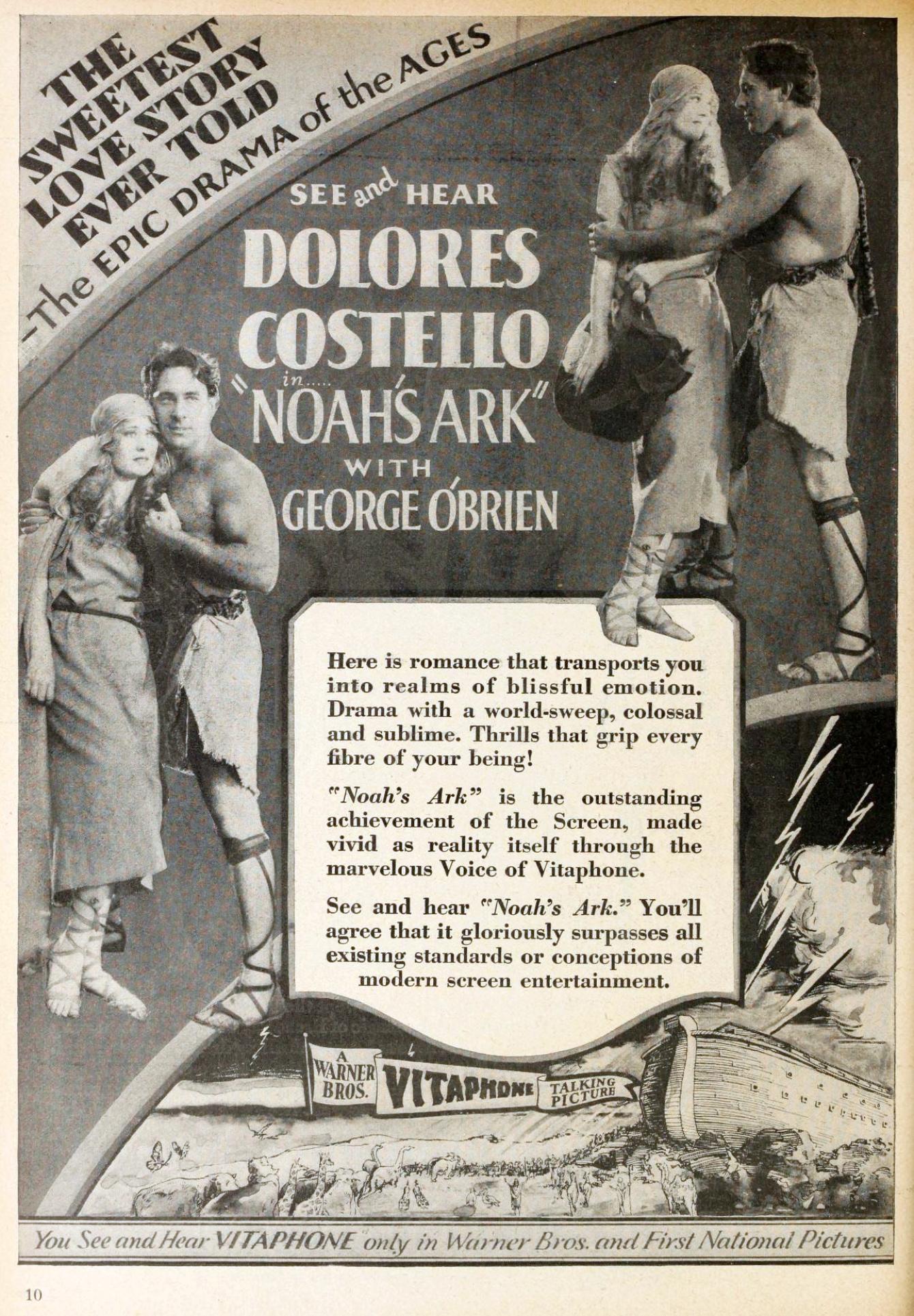 ...while MGM went the "all talking, all singing, all dancing" route with "The Broadway Melody," the eventual Academy Award winner for best picture: 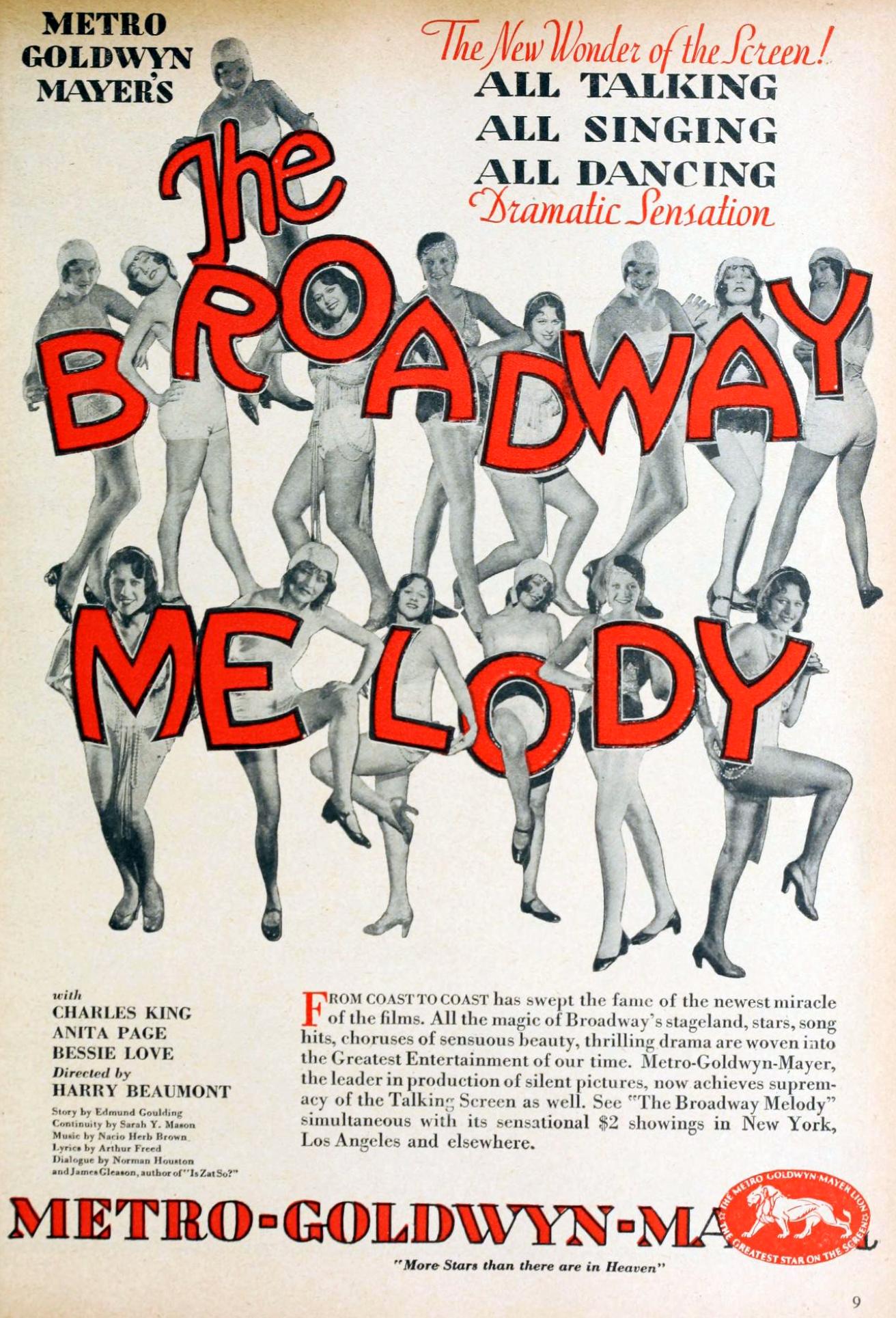 This issue, which the seller says is in very good to "like new" condition, can be purchased straight up for $87.55, or you can make an offer; this semi-auction ends Oct. 10 if not bought by then. You can find out more at http://www.ebay.com/itm/MOTION-PICTURE-CLASSIC-may-1929-MAG-clara-bow-carol-lombard-great-cover-/310743126330?pt=Magazines&hash=item4859bbd13a.
Collapse