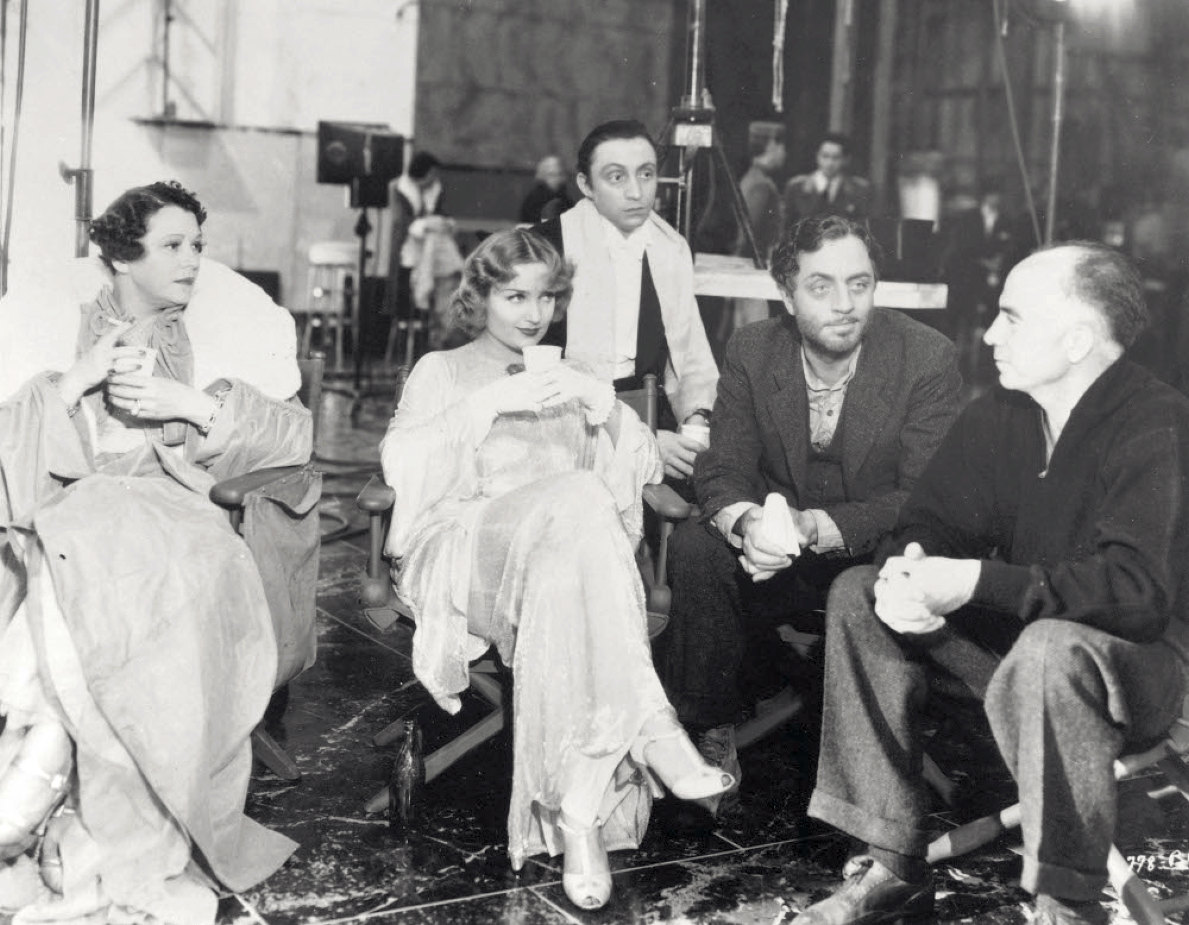 But you can be certain Lombard and her cohorts on that classic of screwball comedy will be honored in some way by the Academy of Motion Picture Arts and Sciences in a few years, when it finally achieves its long-sought dream of a film museum. It will officially be known as the Academy Museum of Motion Pictures... 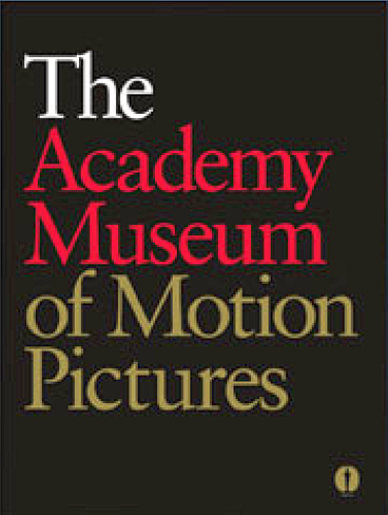 ...and its home will be at a place familiar to generations of Los Angeles residents -- the Streamline Moderne-style May Co. department store building, built in 1939 and part of Wilshire Boulevard's famed "Miracle Mile": 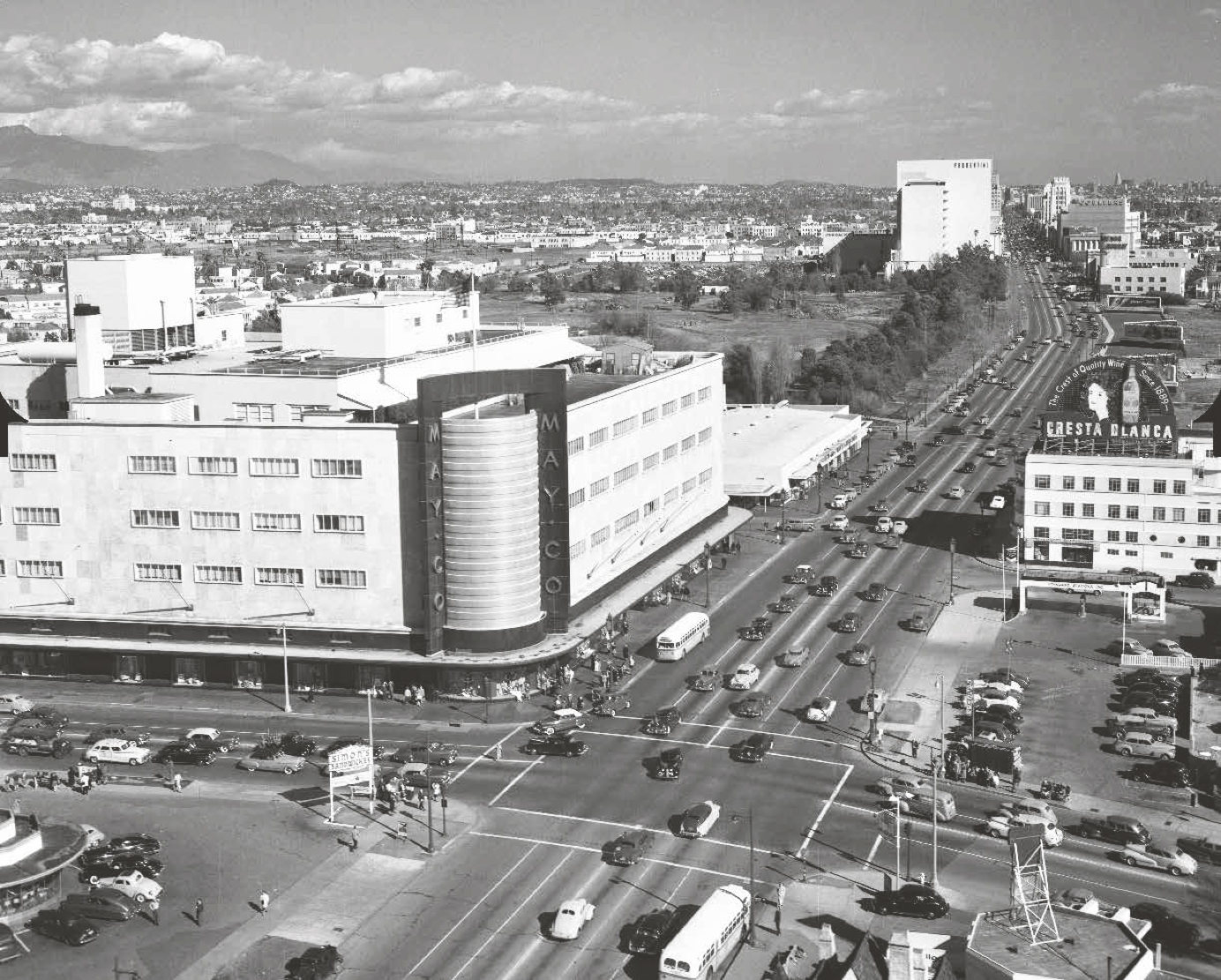 The concept of pairing AMPAS and the May Co. site first took hold in the fall of 2011 (http://carole-and-co.livejournal.com/454477.html). But the process won't merely involve moving items and artifacts into the building, in recent years the site of an annex for the Los Angeles County Museum of Art. Just to the north of the original May Co. structure, where shoppers parked after the department store opened, AMPAS is building a huge sphere, the top half a roof terrace with views of the city, the bottom a state-of-the-art theater suitable for programs complementing museum themes. In all, the museum will house roughly 290,000 square feet; it's expected to open early in 2017. 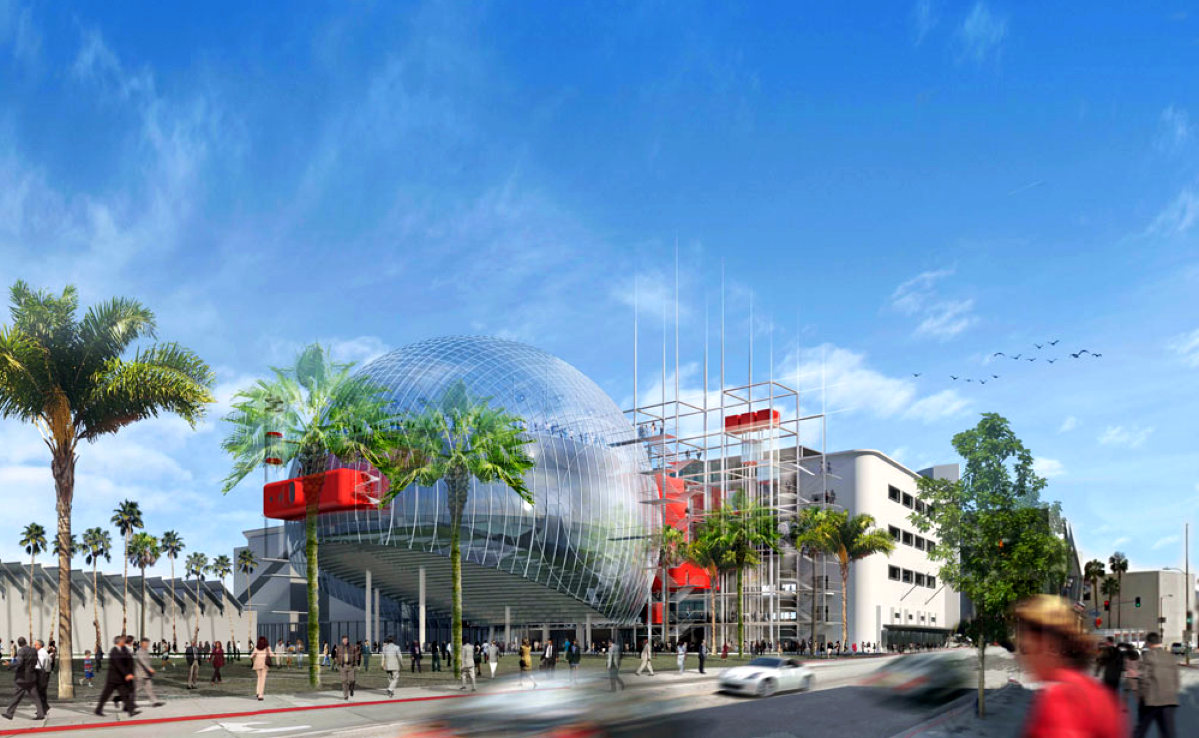 Some of you may recall plans to build an AMPAS museum in Hollywood, but the economic downturn caused that concept to fall through. In contrast, funding is proceeding nicely for the May Co. site. The capital campaign measures some $300 million, a blockbuster even by current Hollywood standards, but contributions are coming along from industry bigwigs, related organizations and individuals. Learn more at http://www.oscars.org/academymuseum/, and also check out this brief video about it below. We hope that come 2017, Carole -- who had a passion for just about all facets of the motion picture industry -- will grace the museum in some shape or form, even if she didn't win an Oscar.

We're back to Lombard in white for our LiveJournal header, this time in Paramount p1202-196.
Collapse