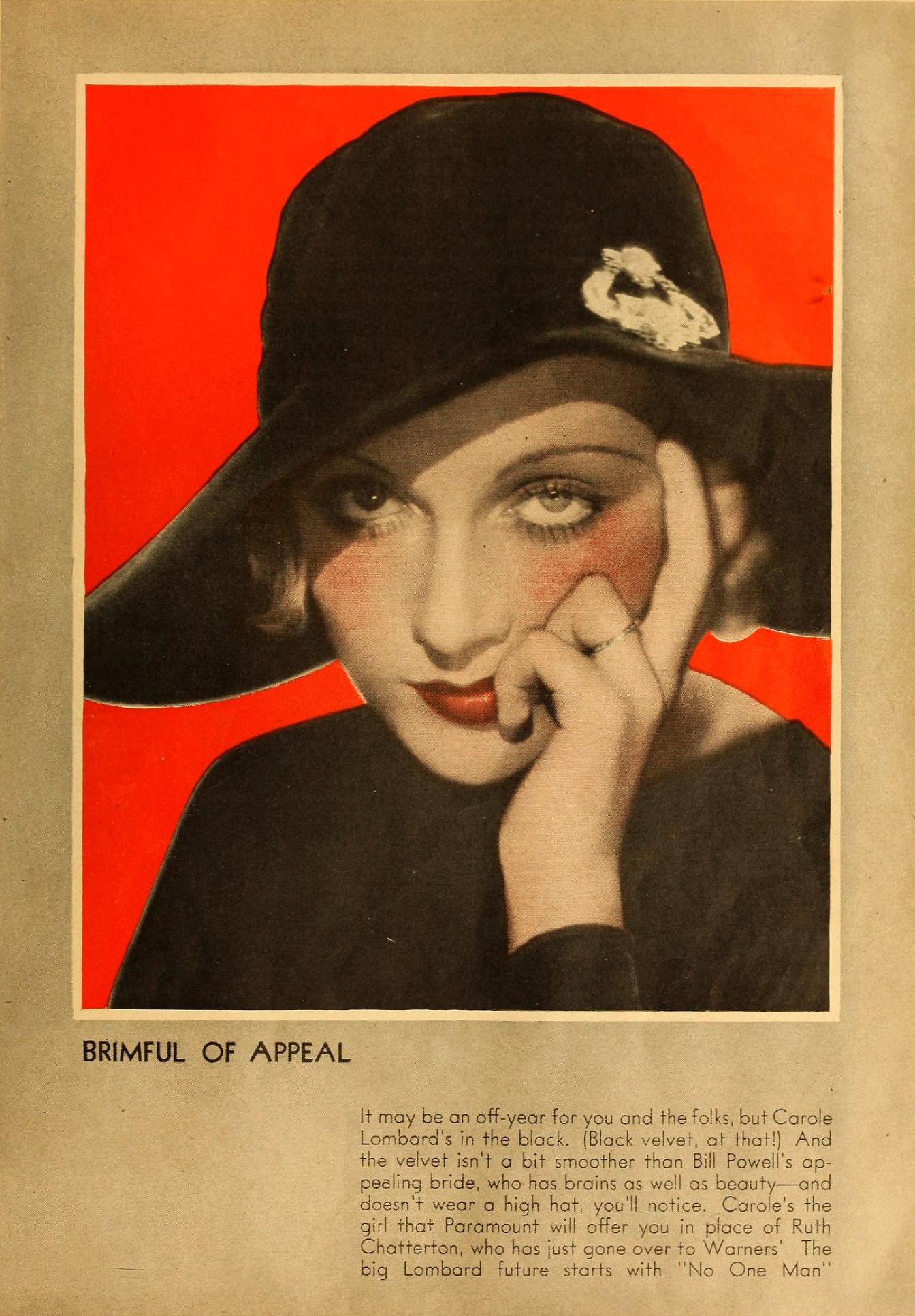 Nice color picture of Carole Lombard, doncha think? Actually, we should put quotation marks around the word "color," because at the start of 1932, true color portrait photography still was a few years away for magazines. So the editors of Motion Picture used a few tricks in its February issue to make you think you were viewing Carole in honest-to-goodness color:

* A bright red background for most of the illustration.
* Lombard's skin color is reasonably close to Caucasian flesh tone.
* Her lips are a bright, somewhat realistic red.
* She has on a hint of rouge that looks semi-natural.
* She is dressed in black velvet.

A pretty good production job for the time...and the copy compliments Carole for both brains and beauty, adding Paramount now was going to give her a significant push, beginning with her first top-billed role in "No One Man."

Mrs. Powell is seen elsewhere in the issue, such as this swimsuit pic in one of the roundup columns: 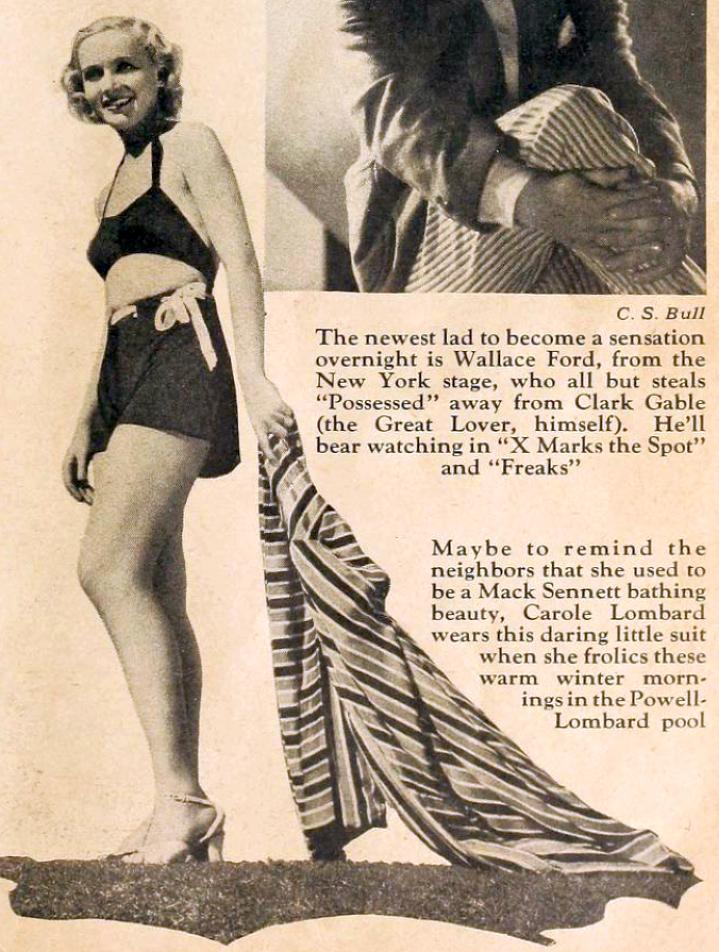 Not so "daring" or "little" to our eyes. 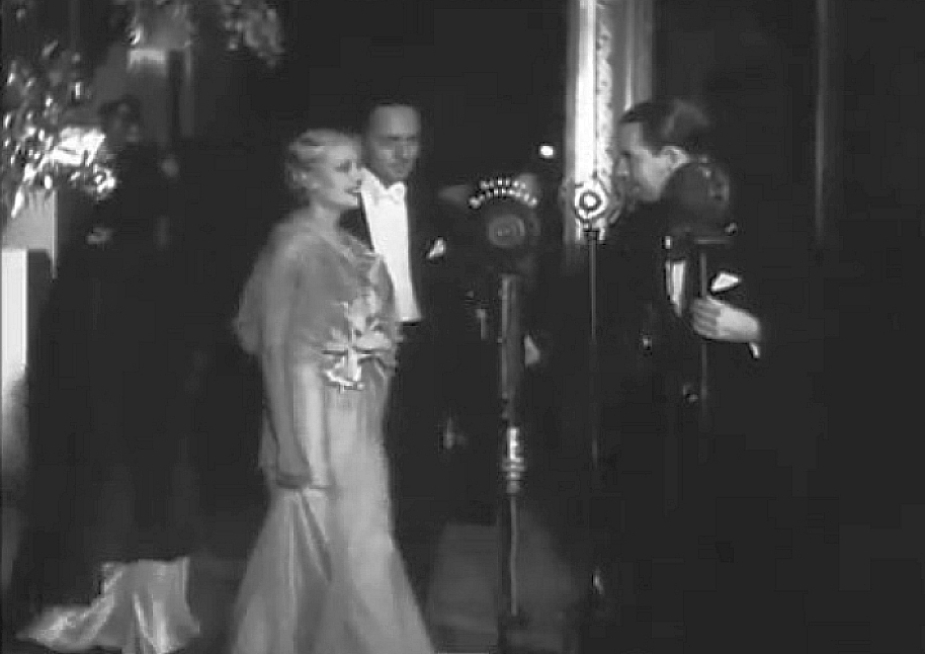 The previous October, Powell and Lombard were on hand for the opening of the Western (now the Wiltern) Theater, then owned by Warners, Powell's new studio. Here's what the magazine said about the ceremony:

Didn't know Powell served as the emcee, but given that wonderful voice of his, he was a natural.

We also learn about Powell the gift-giver: 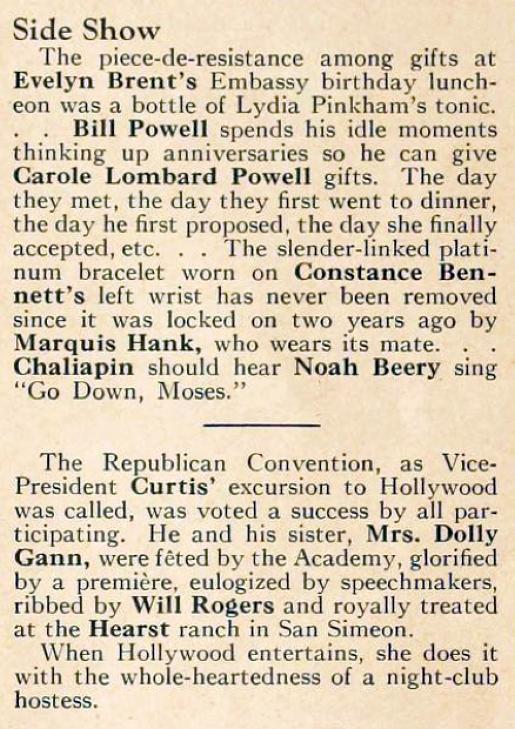 And Carole is mentioned in a story about the Brown Derby (she likes its puddings for dessert), where it's noted both Jean Harlow and Constance Bennett are fans of its onion soup. (We trust Jean and Connie didn't order it if either had love scenes to shoot that afternoon.) 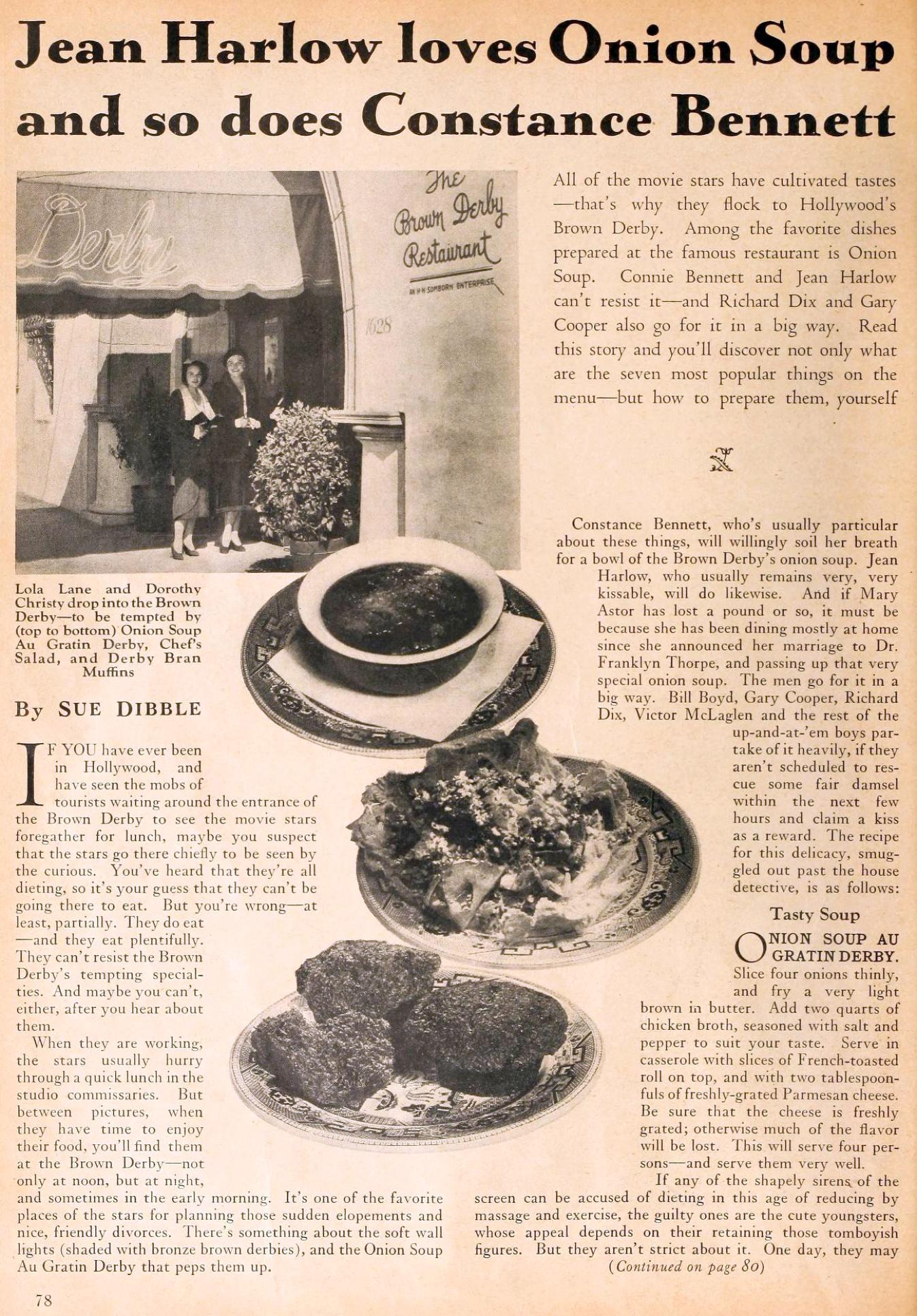 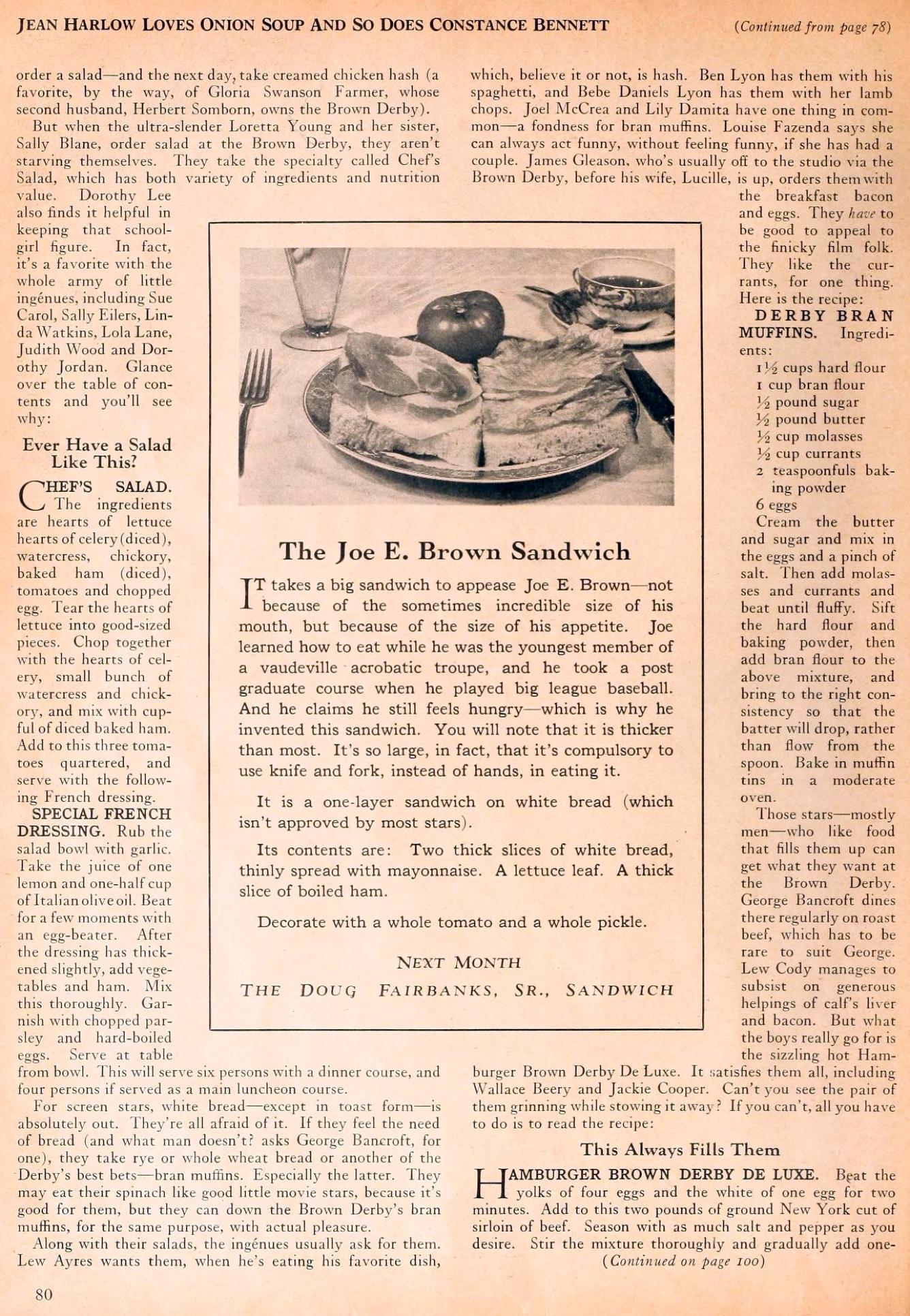 This issue had plenty of other interesting things, such as Anita Page celebrating winter on the cover, courtesy of Marland Stone: 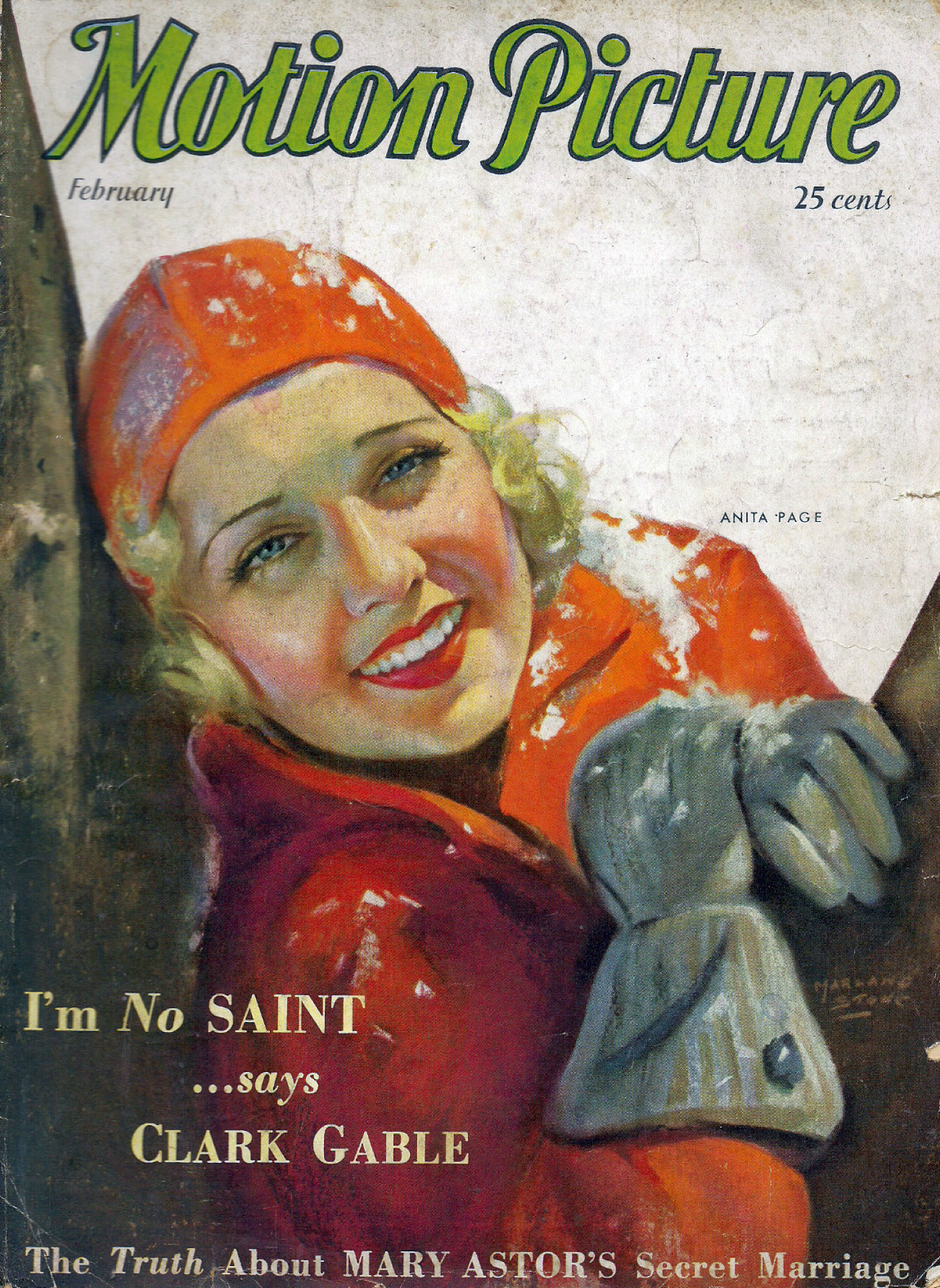 And take a look at these lovely portraits of Lombard's old dance rival Joan Crawford and Carole's close friend Kay Francis, who had just followed Powell from Paramount to Warners (although Kay's picture was taken by Otto Dyar while she was still at Paramount): 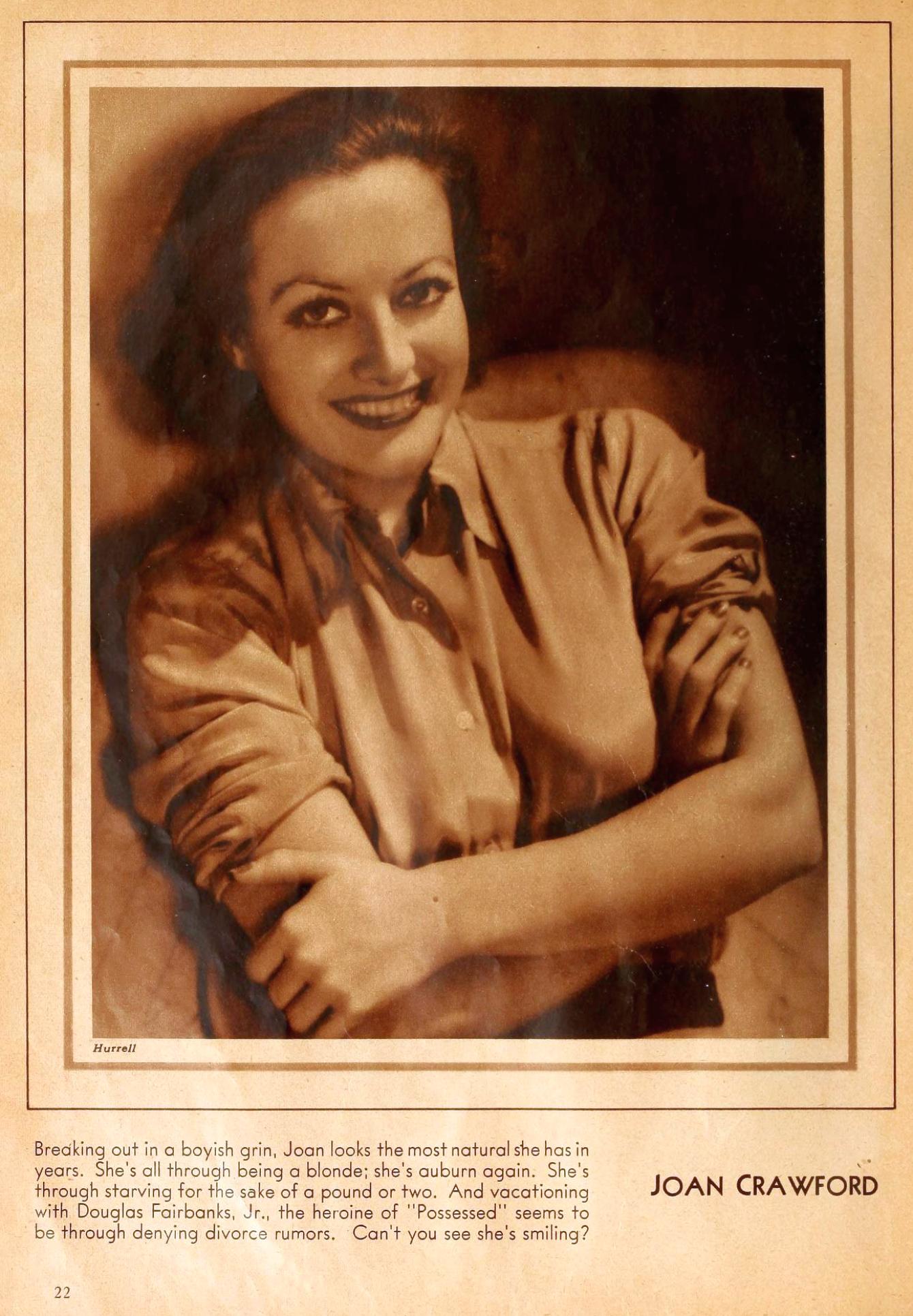 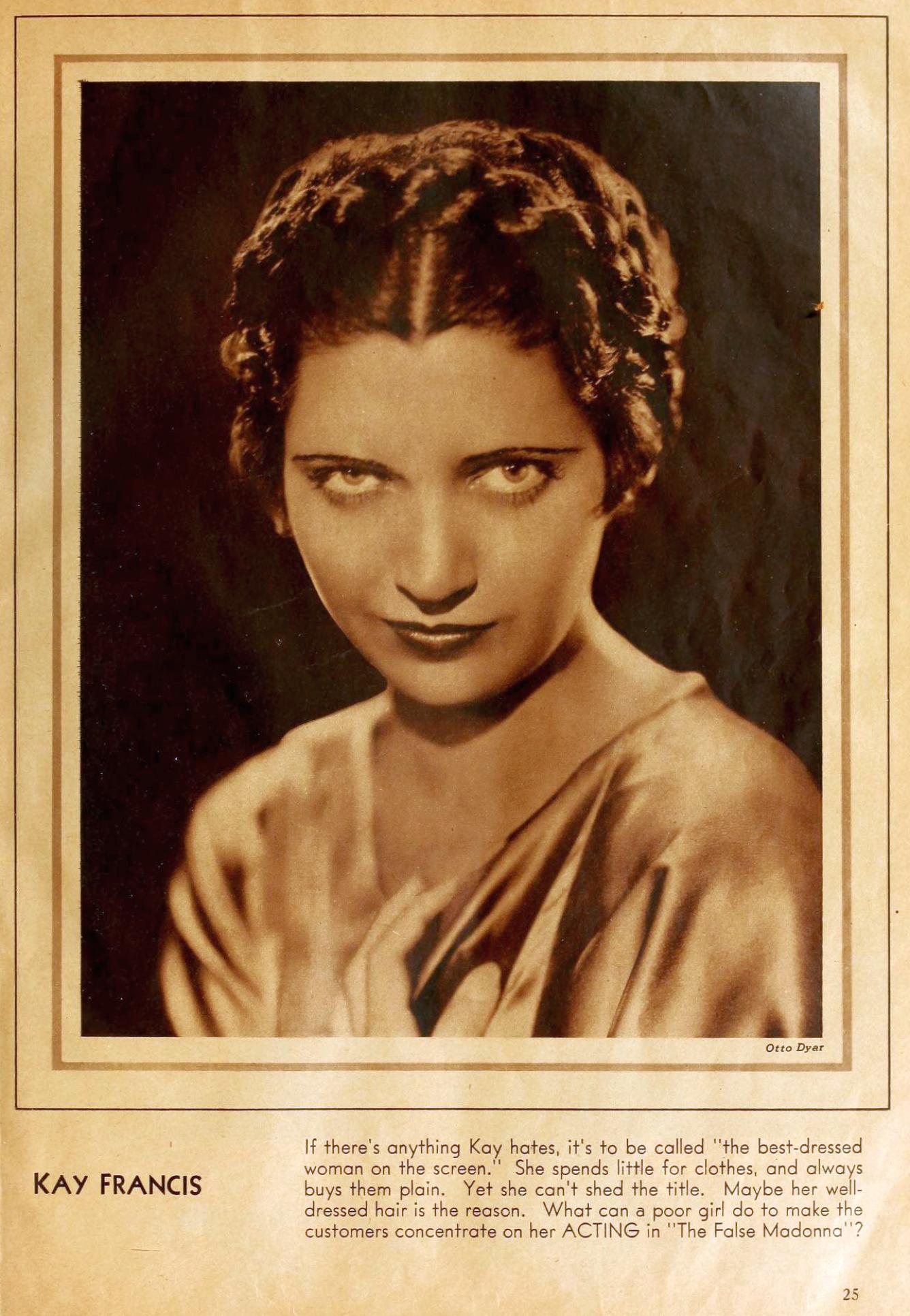 Before the year was out, Lombard would appear in "No Man Of Her Own" with Clark Gable and Dorothy Mackaill, and as fate would have it, Motion Picture profiled both of them in this issue: 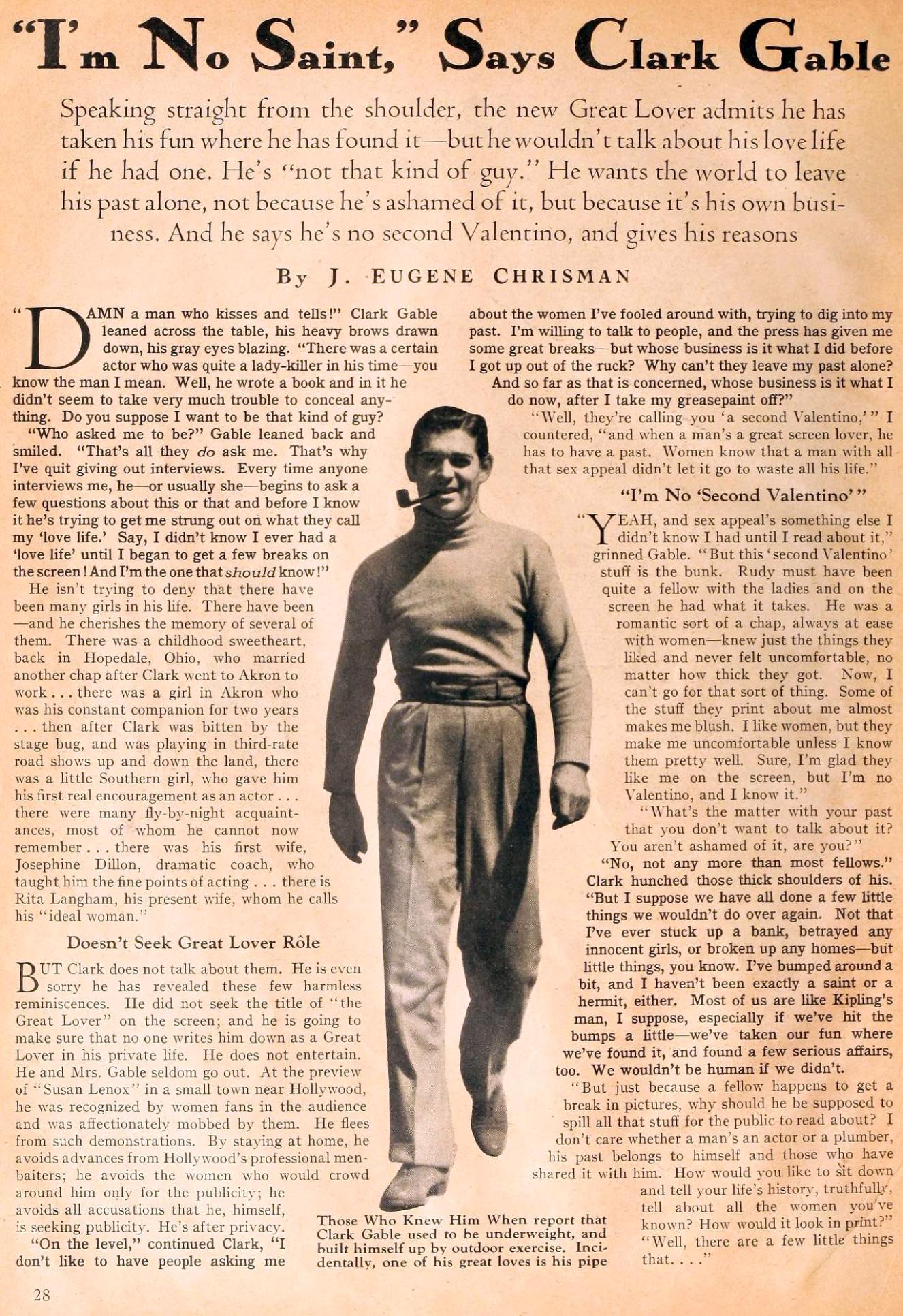 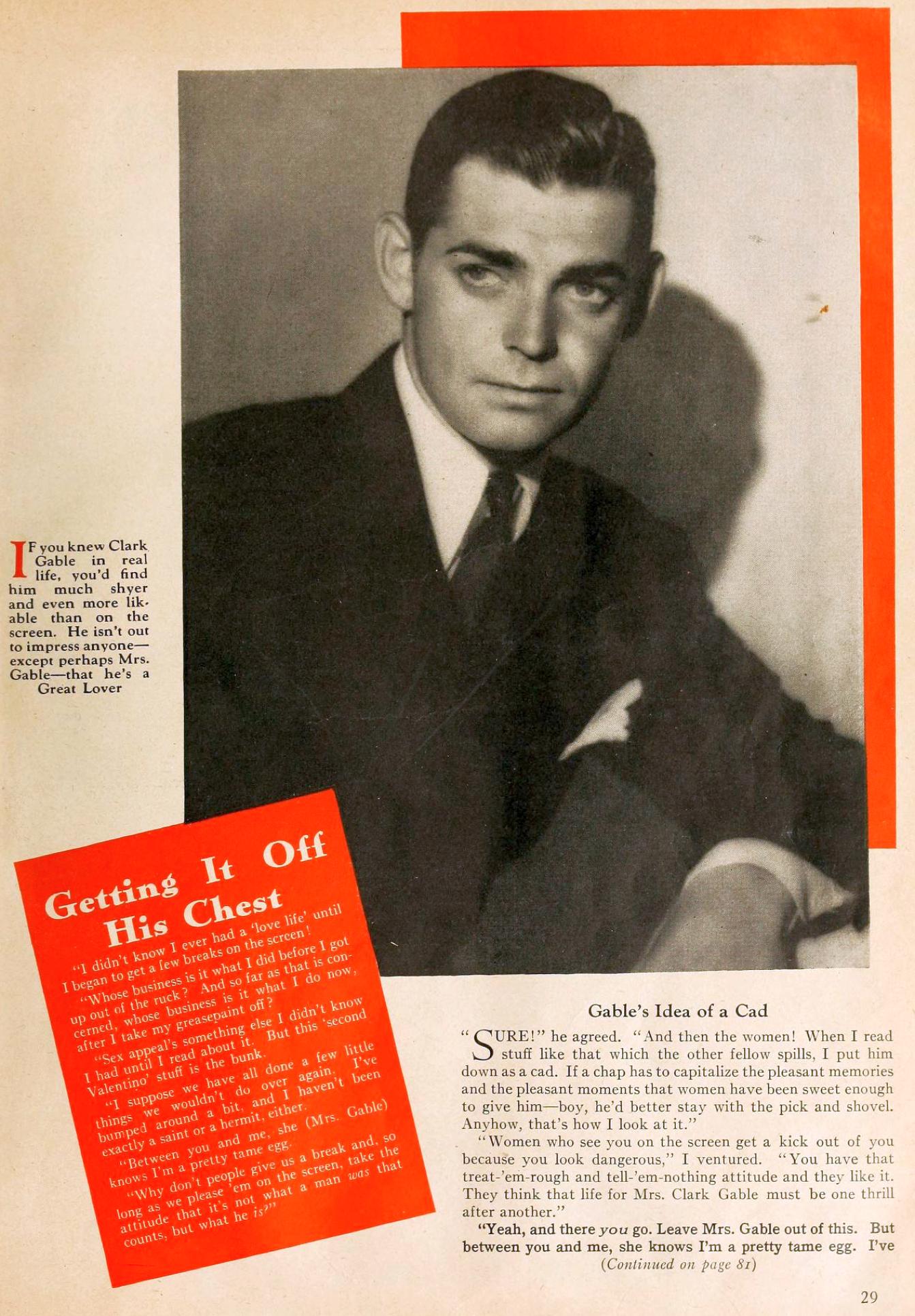 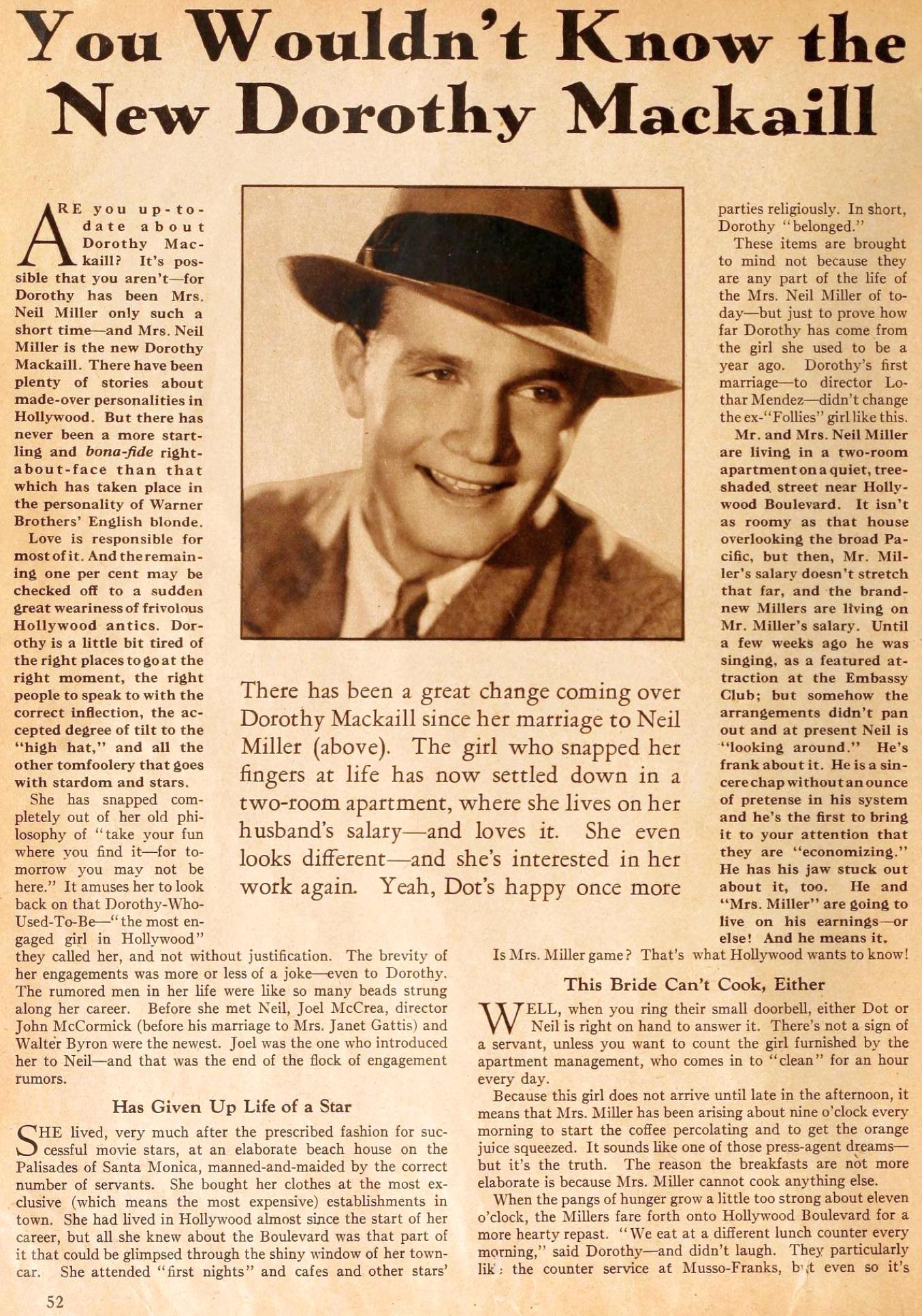 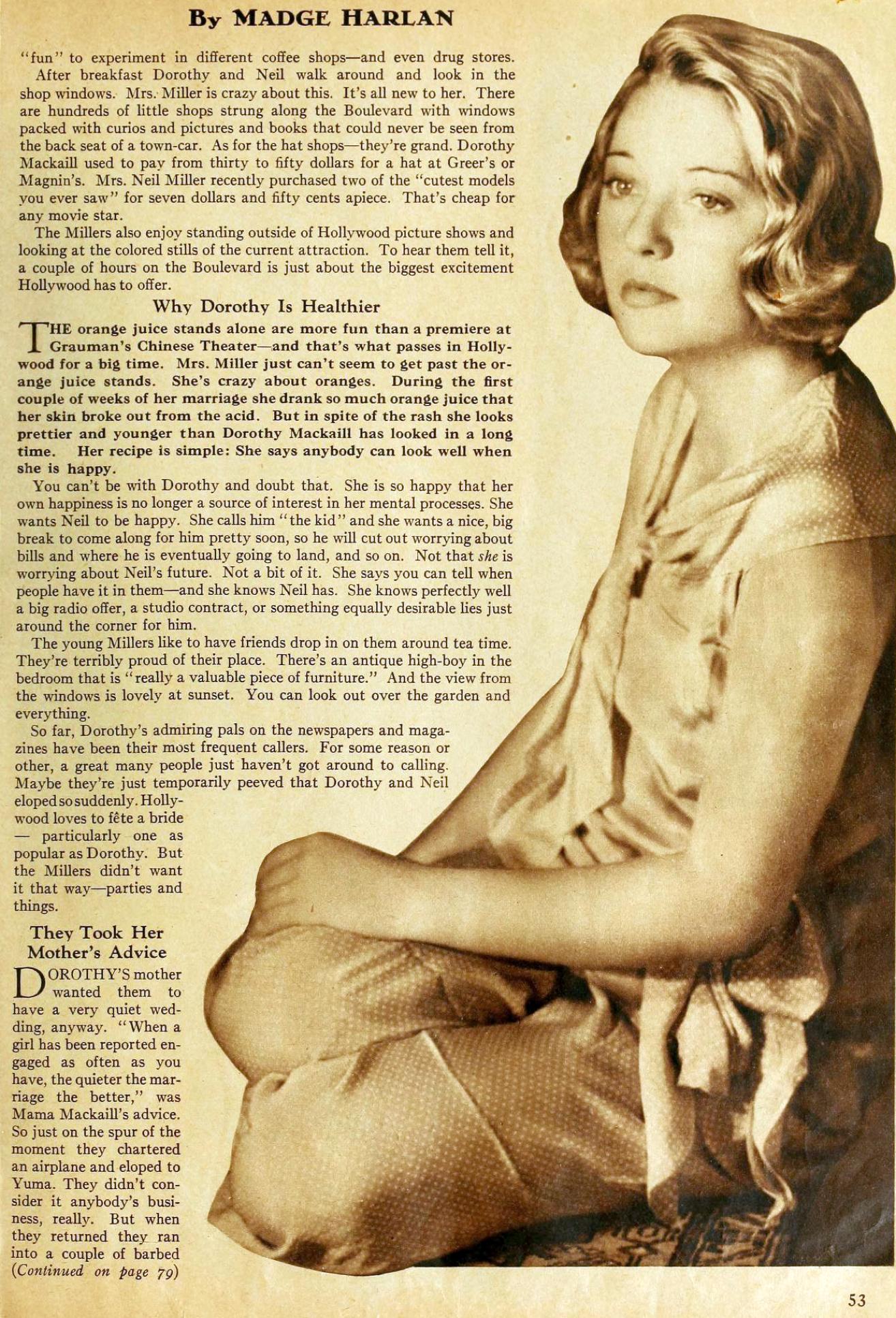 Finally, the magazine had a section called "Picture Parade," reviews of recent films (some still known today, others obscure); while no Lombard movies are listed, the last page features two she could have appeared in, had illness or a refusal to be loaned out not got in the way -- "The Greeks Had A Word For Them" and "Taxi!": 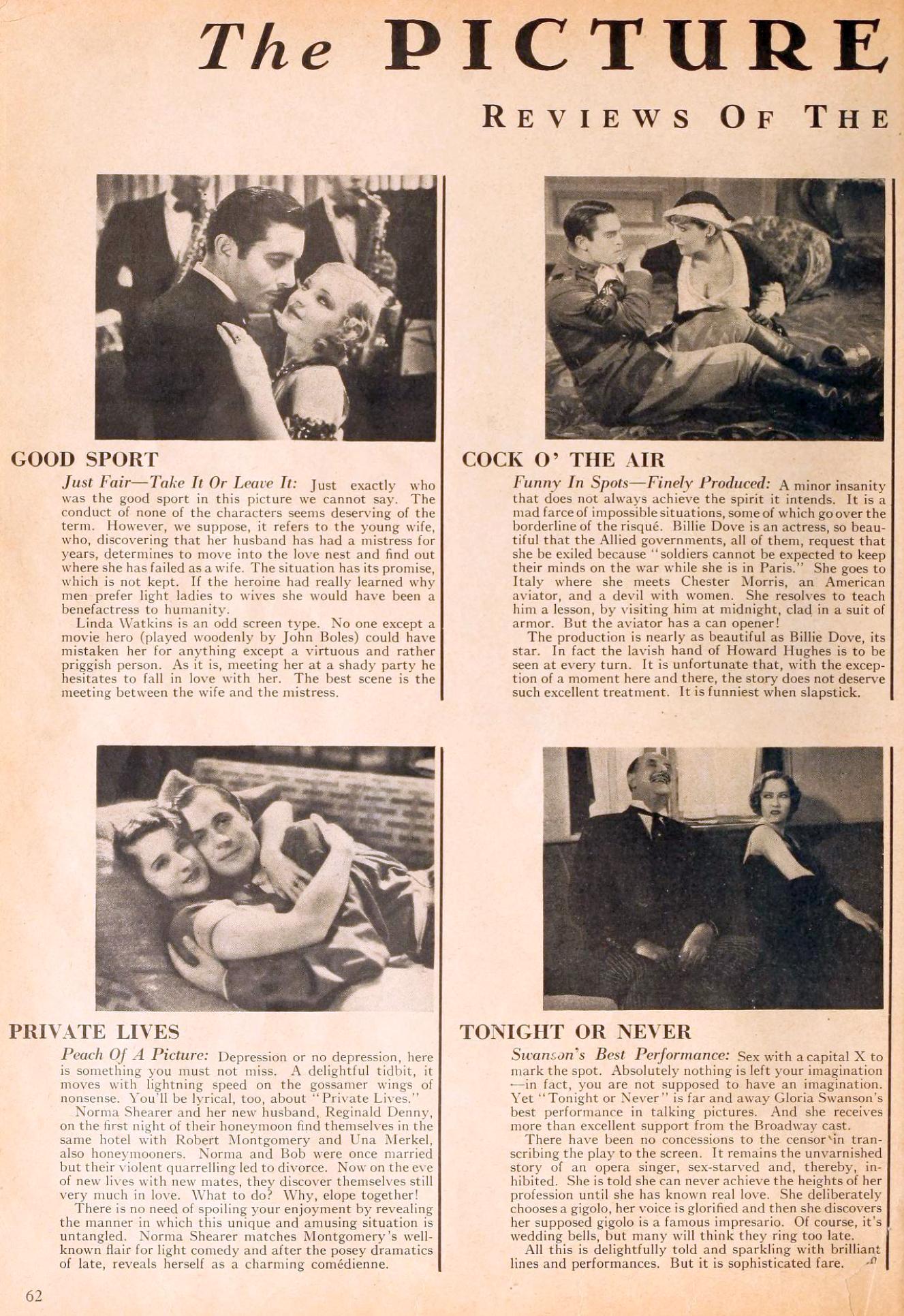 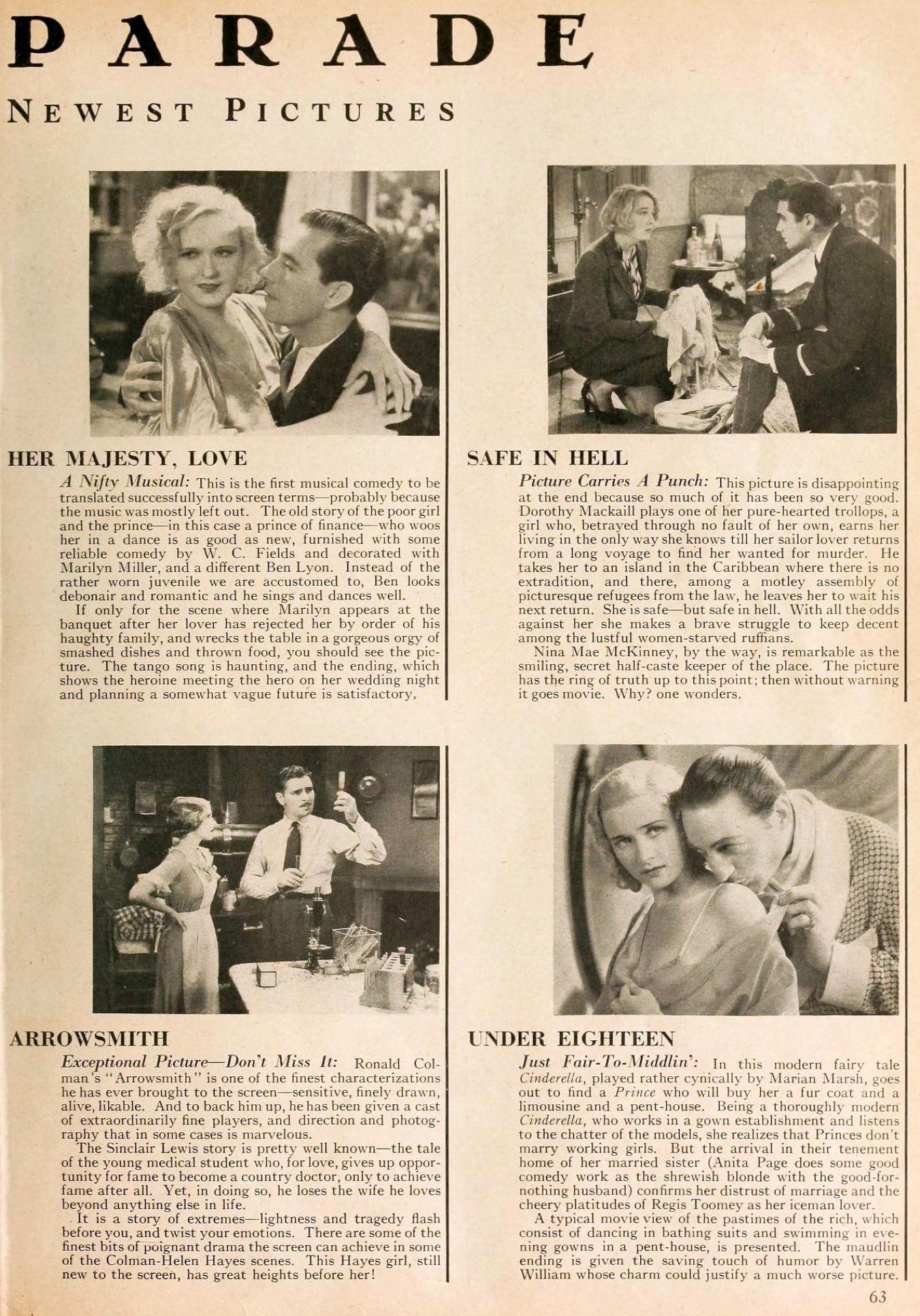 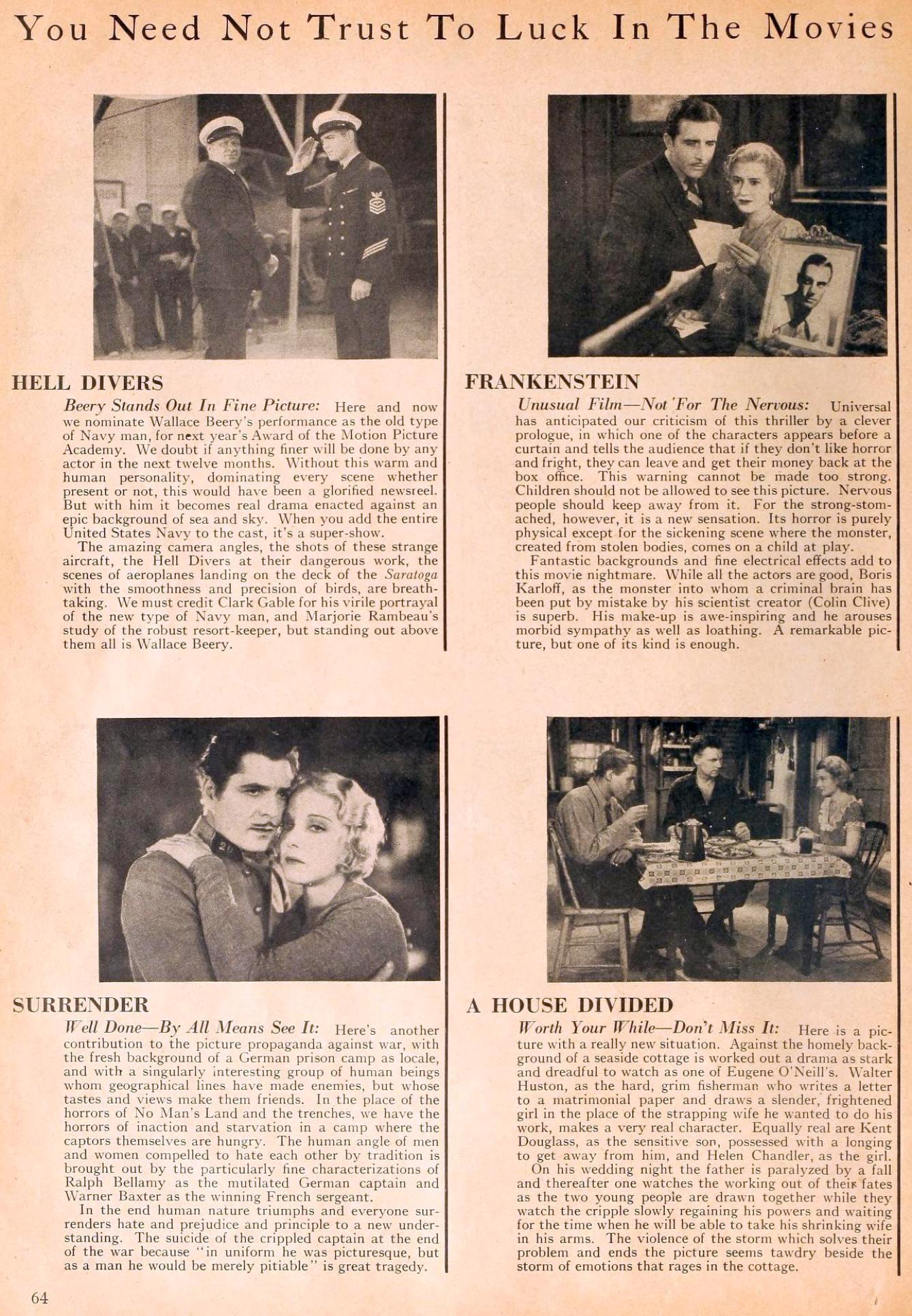 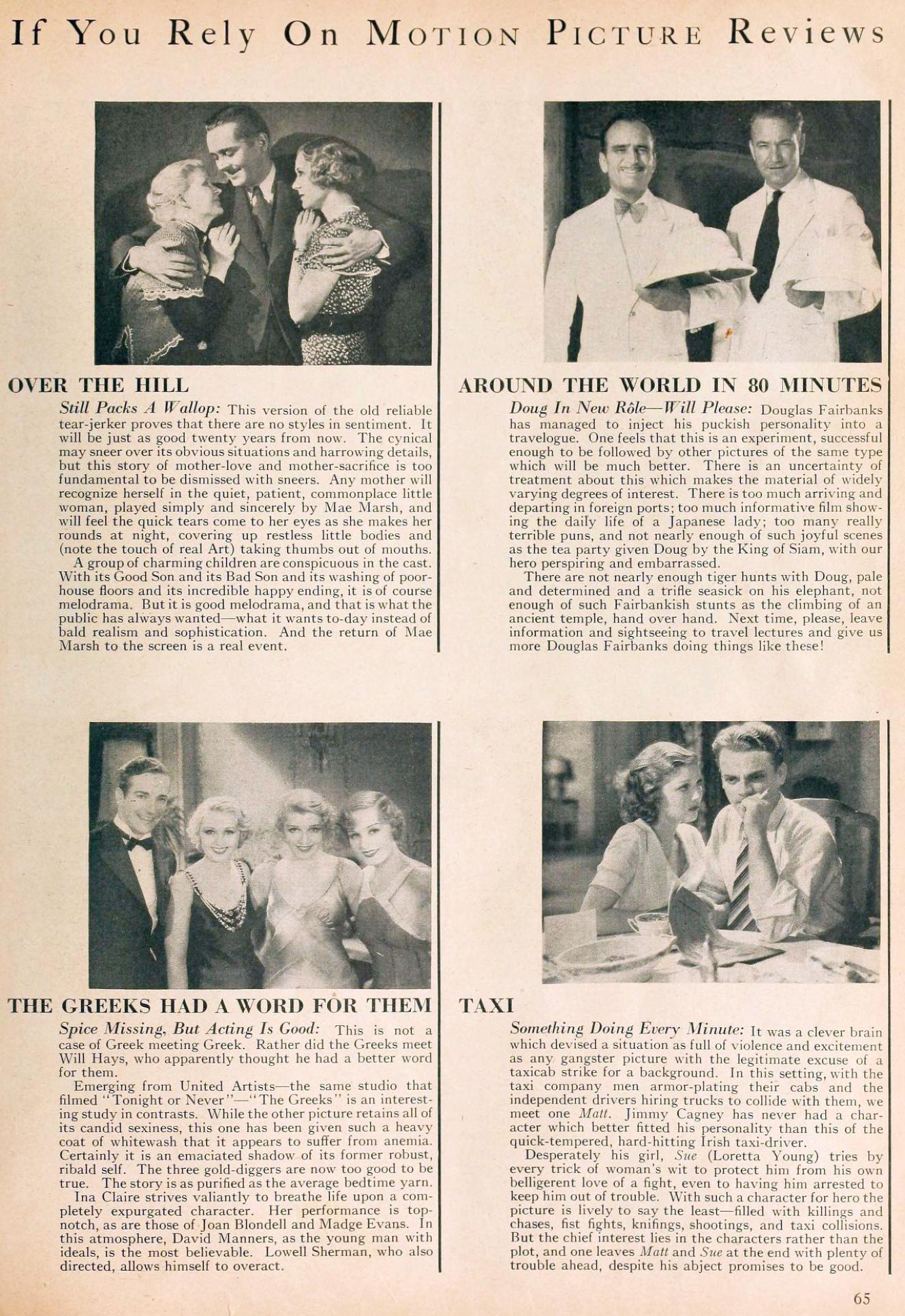 Want to buy this? You can, for $44.99 (it's said to be in good condition, with minimal damage). If you're interested, visit http://www.ebay.com/itm/MOTION-PICTURE-1932-ANITA-PAGE-CONNIE-BENNETT-SYLVIA-SIDNEY-CAROLE-LOMBARD-GABLE-/400568761100?pt=Magazines&hash=item5d43c23b0c.
Collapse