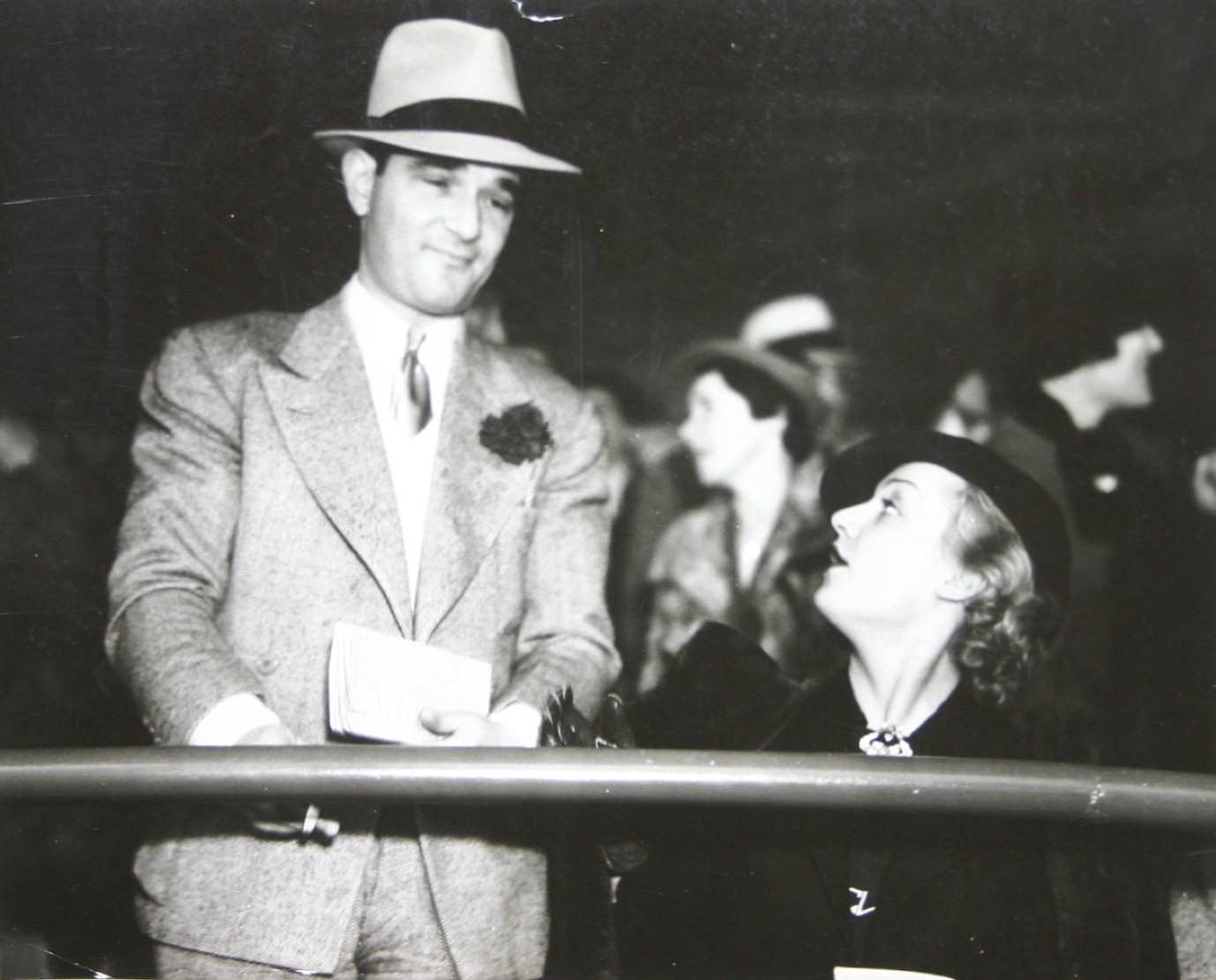 Screenwriter Robert Riskin often is overlooked among Carole Lombard's beaus, but for a while in 1935 they definitely were what the Hollywood press might call "an item." Here they are at what looks to be a racetrack (the newly-opened Santa Anita, perhaps?), a guess corroborated by info on the back of the photo: 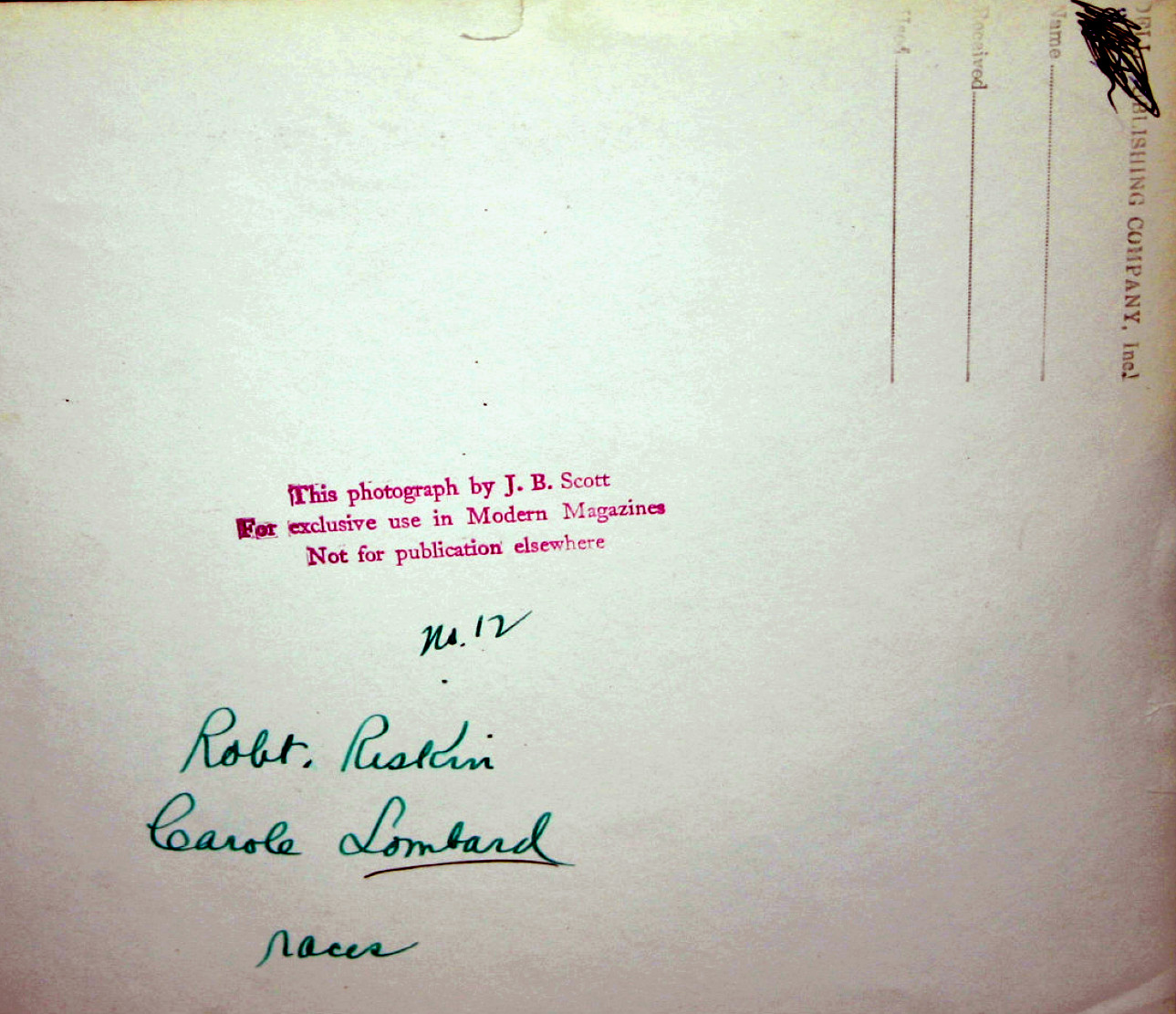 (I am guessing Modern magazines, which are Dell publications, are an abbreviation for Modern Screen among others; J.B. Scott took casual shots for that magazine in the mid-thirties. He also had a bit part as a photographer in the 1935 Cary Grant-Myrna Loy aviation drama "Wings In The Dark.")

There aren't very many photos of Lombard with Riskin, who had previously unsuccessfully wooed Glenda Farrell and would later win the affections of Fay Wray -- two actresses who, like Lombard, appreciated writers. (In 1935, Wray still was married to John Monk Saunders, whose screenwriting works included 1927's "Wings" and Carole's 1933 film "The Eagle And The Hawk.")

That seller also has another vintage Lombard photo, one fairly common to current collectors but worth checking out just the same: 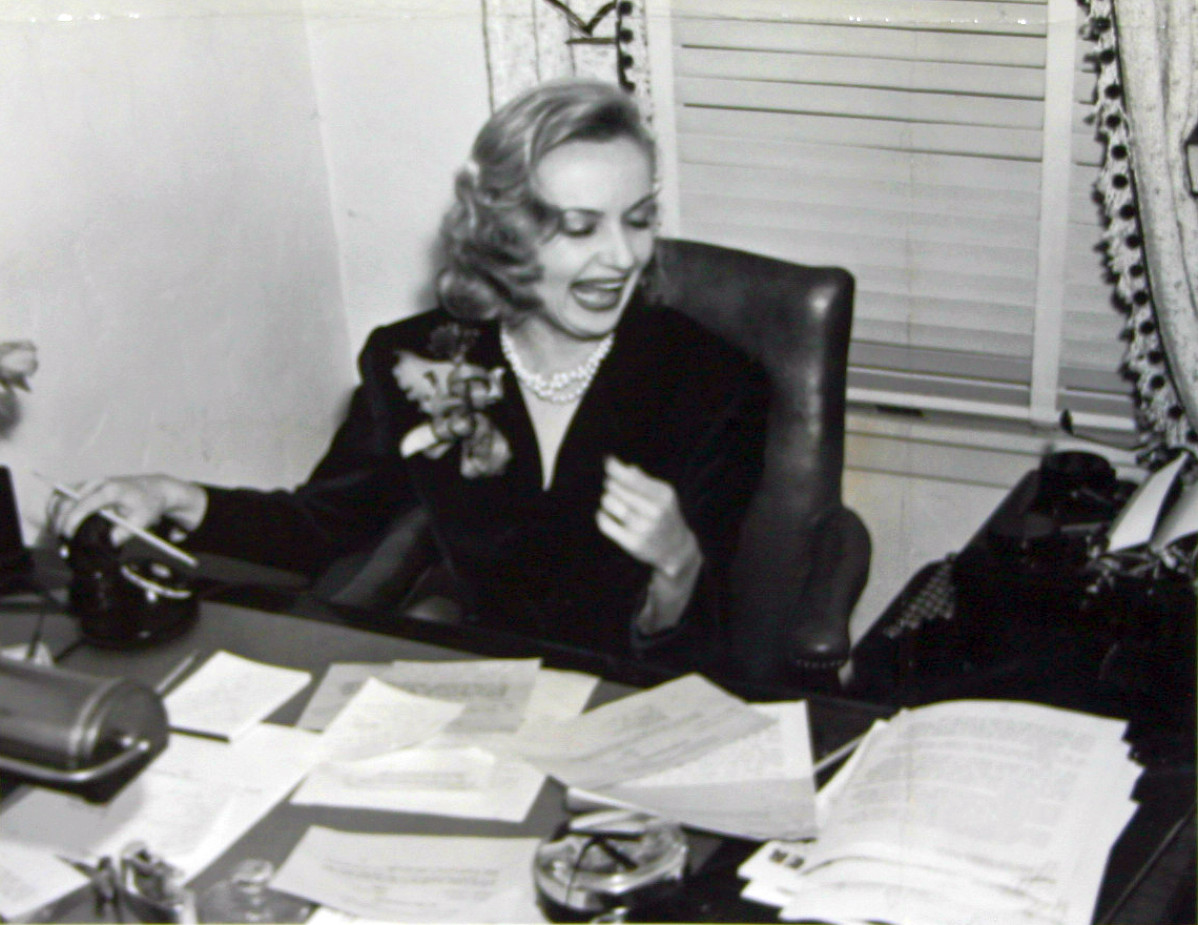 This was printed in the July 7, 1938 of a publication called the Evening News; there was a tabloid in Los Angeles at that time known as the Daily News, though I don't know whether this is the paper in question. Note the photo was flipped in print, as well as the "downstyle" headline (unusual for newspapers of that era): 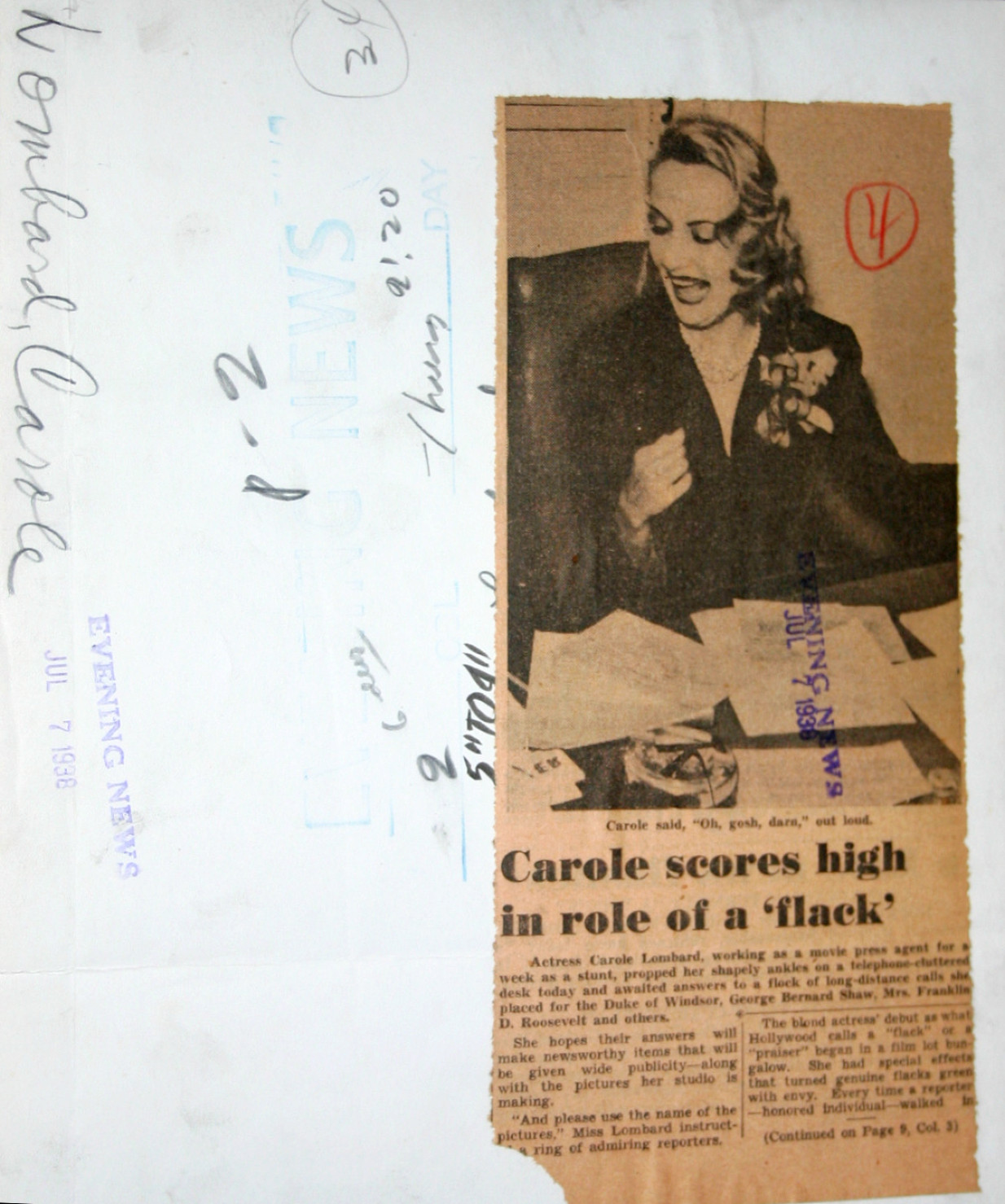 (From what we know about Lombard's language, does anyone really think she was saying "Oh, gosh, darn"?)

The seller believes this to be taken at Carole's bungalow at Paramount, but by mid-1938 she had little to do with her former studio. We know this to be from her week-long publicity stint at Selznick International Pictures in Culver City, but here, she's already failed one requirement of a "flack" -- in the first four paragraphs, at least, Selznick isn't even mentioned (though her "shapely ankles" are).

Today we commemorate the 12th anniversary of that tragic morning when terror struck America at the Pentagon, at a Pennsylvania field and at the World Trade Center in lower Manhattan. To my mind, there's no better way to reflect on this day, and pay tribute to both the victims and the heroes, than by listening to what I deem the real national anthem -- Ray Charles' stirring, soulful version of "America the Beautiful." This performance was before game two of the 2001 World Series in Phoenix on Oct. 28; the emotion, from both Ray and the crowd, is obvious.