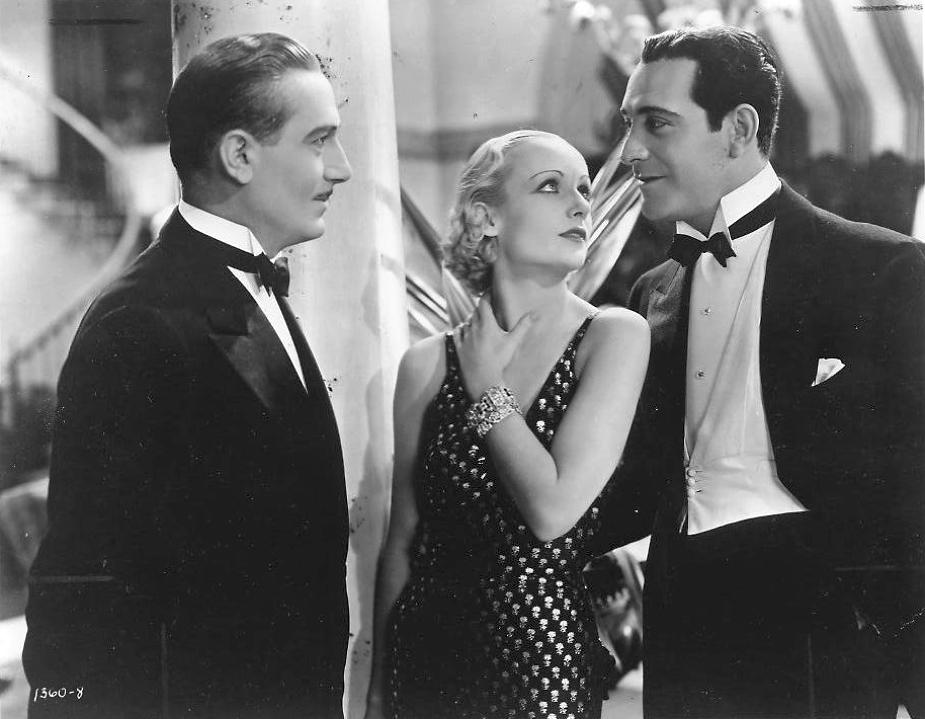 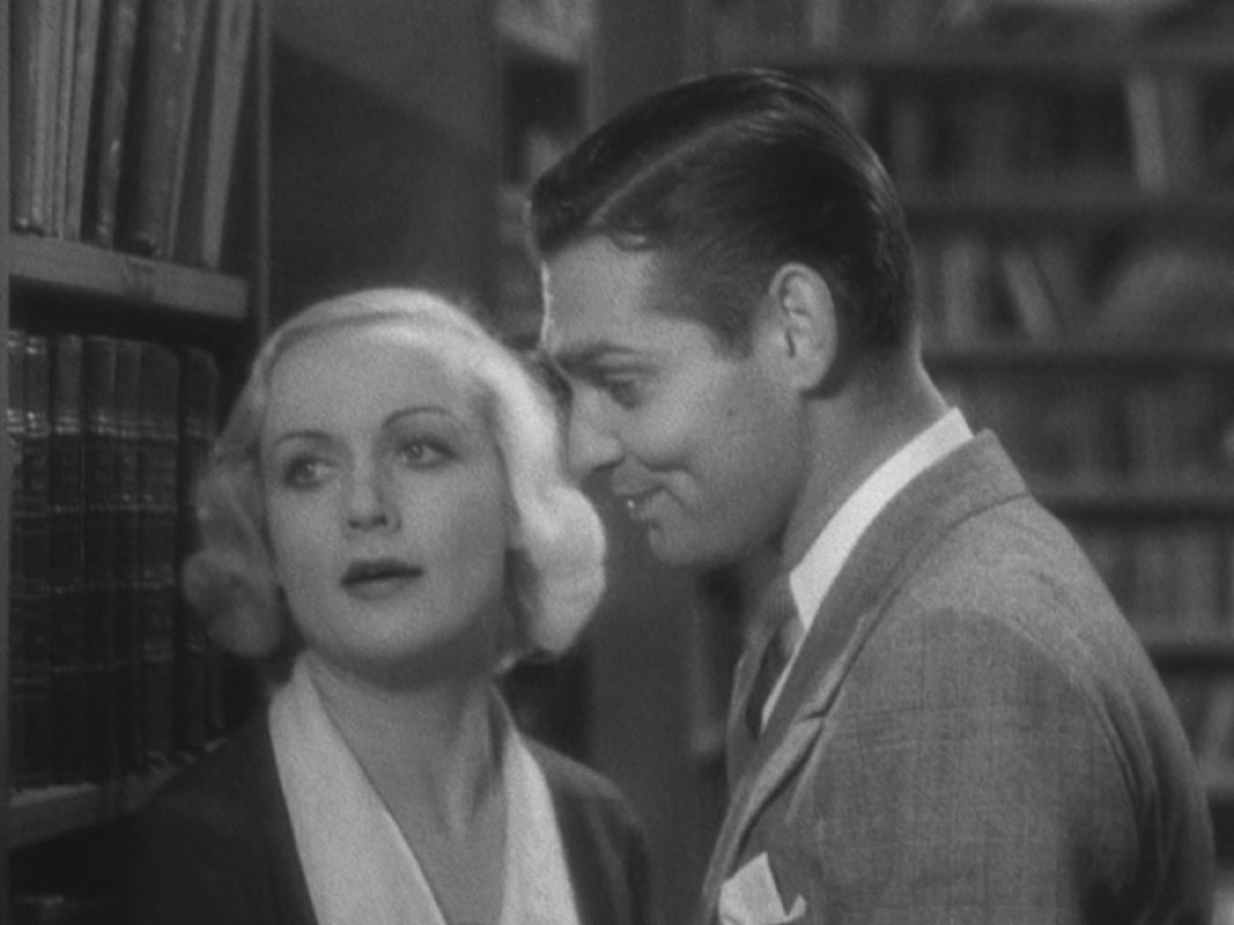 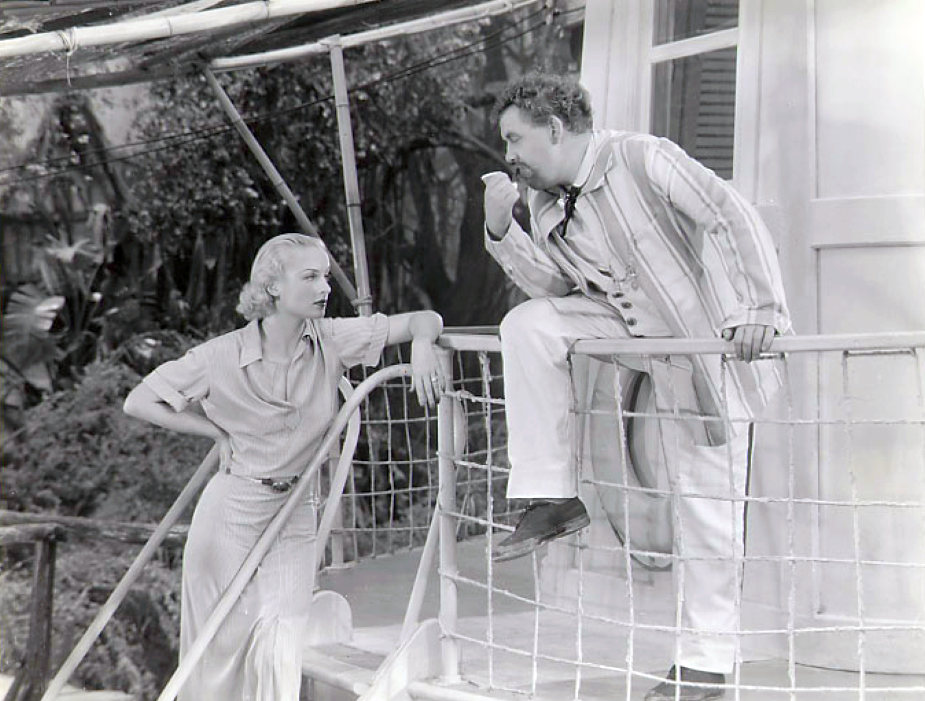 "No One Man," "No Man Of Her Own" and "White Woman" were three of Carole Lombard's Paramount releases in 1932 and 1933 -- and heralds for all three films now are up for auction at eBay. 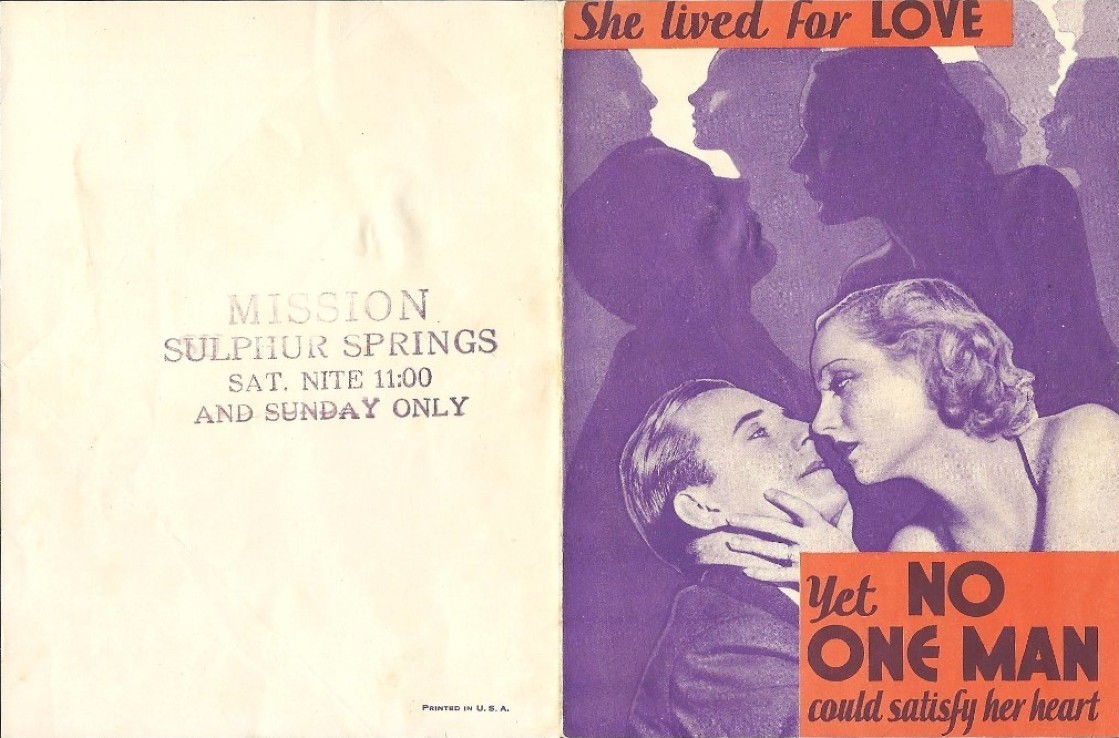 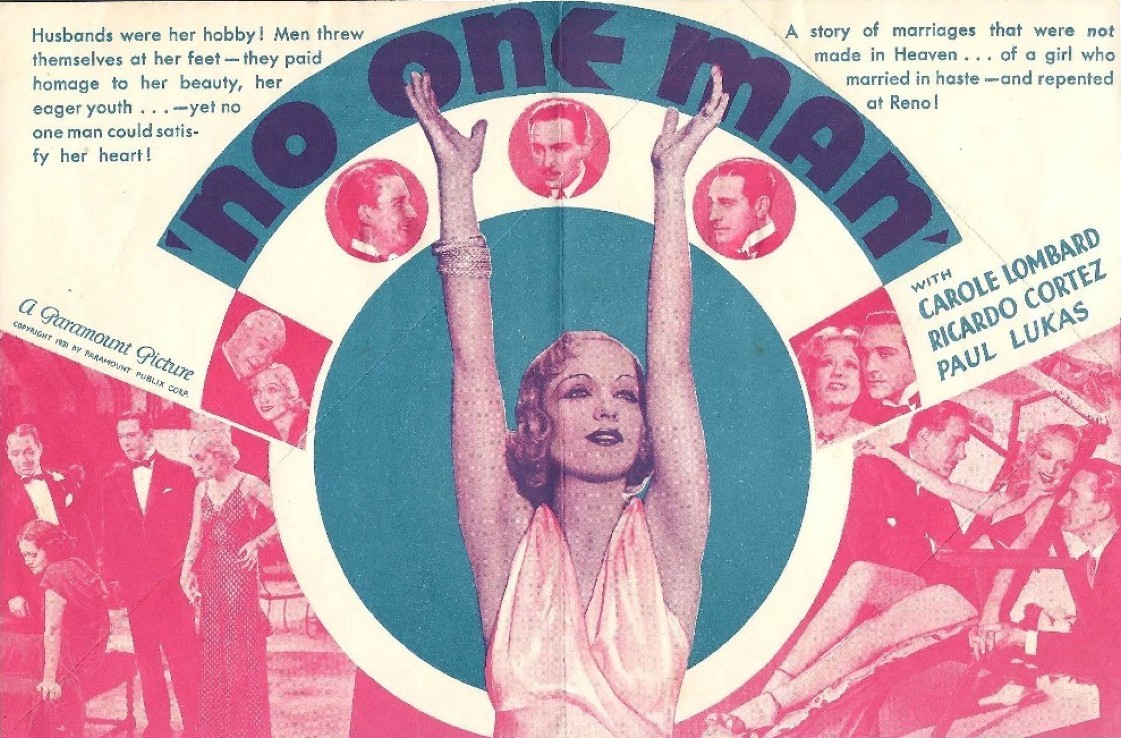 No date is given to when it ran, but we do know where it ran -- the Mission Theater in Sulphur Springs, Texas, in the northeast part of the state. An art deco structure, there's no date as to when it opened. A former employee recalls the place:

"When I was a teenager, I used to work there with my best friends in high school. It was so great to work there – the 'hub' of activity on weekend nights and seeing who was with who, the smell of the popcorn (that machine made the best popcorn I’ve ever had), the old '50s style seating and lighting. I worked there through the renovation to turn it into a double cinema. You wouldn’t believe the pounds of old gum that was stuck to the seats!"

The Mission was two-screened before the 1980s, was closed by the late 1990s, and all that old gum (and everything else) fell prey to the wrecker's ball, as it was replaced by a parking lot for the bank next door. The town's drive-in was also closed, both replaced by a six-screen multiplex.

Next, the herald from "No Man Of Her Own," from a place quite removed from Texas: 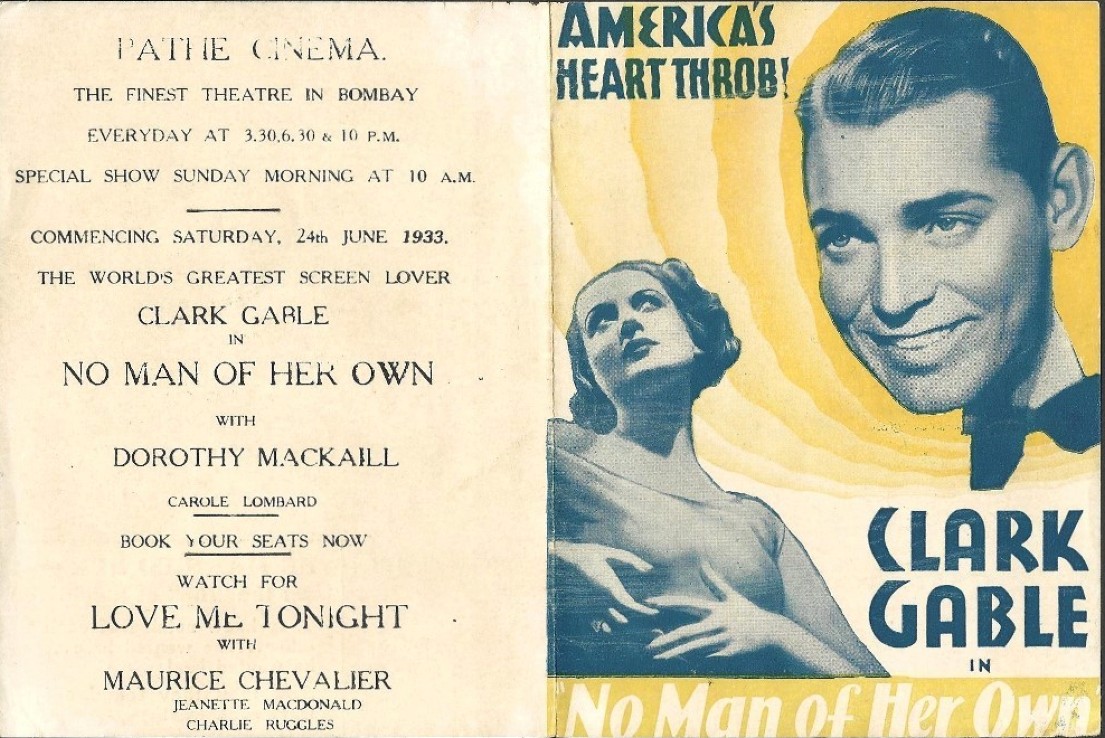 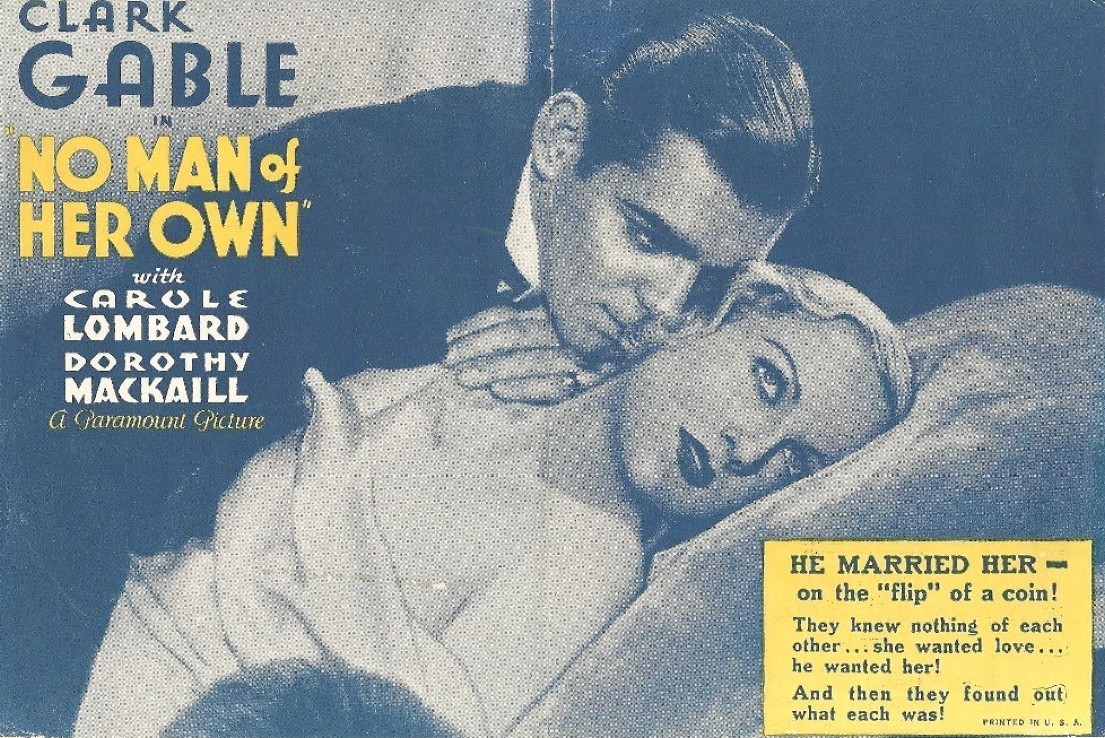 I'd like to tell you more about the Pathe Cinema in Bombay (now Mumbai), but we don't know much about it. We do know this film ran in June 1933, and note that Dorothy Mackaill, a significant actress of the pre-Code era, merited bigger print than Lombard despite playing a supporting role. (Mackaill also hailed from Great Britain, and remember that India in this era was still a UK colony.) Patrons also could order seats in advance for Rouben Mamoulian's faux Lubitsch musical, "Love Me Tonight."

We'll remain at the Pathe for the "White Woman" herald: 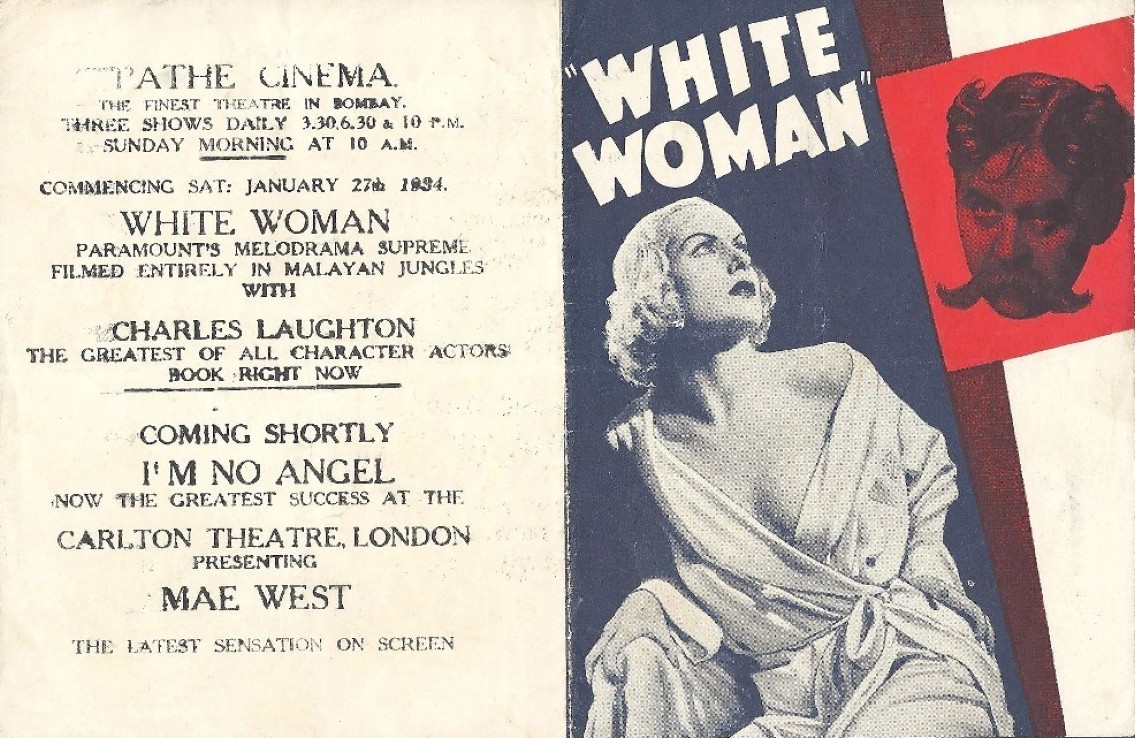 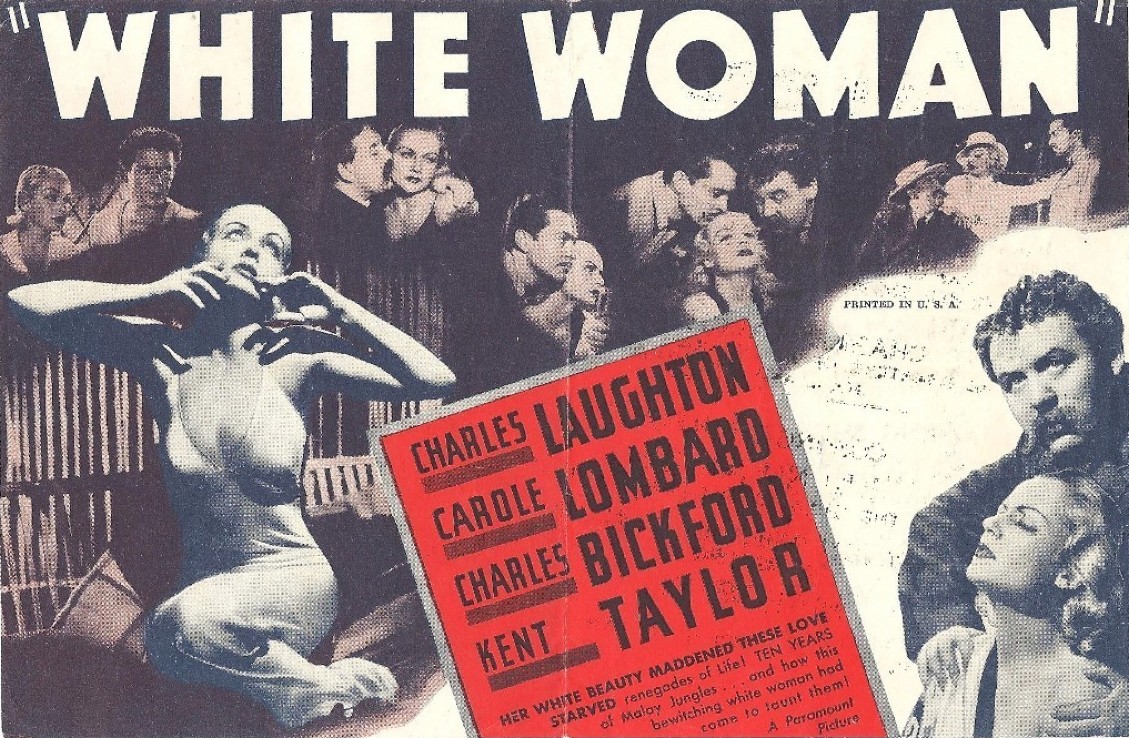 "Melodrama supreme"? Well, maybe. "Filmed entirely in Malayan jungles"? Don't make me laugh. Still, the many British emigres probably packed the Pathe in January 1934 to watch Laughton at work, fresh off his triumph in "The Private Life of Henry VIII" (though the campy "White Woman" was that film's antithesis). And "the latest sensation on screen," Mae West, was on the horizon in "I'm No Angel."