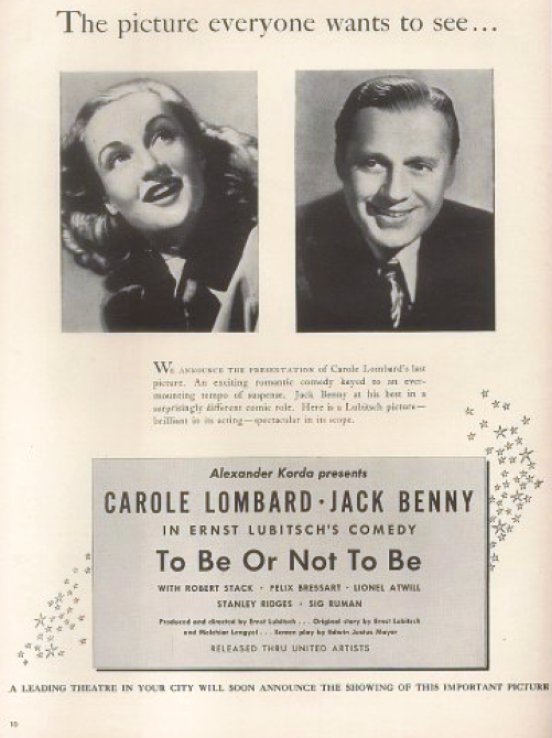 It may have been called "the picture everyone wants to see," but the claim came out of desperation more than demand. When "To Be Or Not To Be" was filming in the fall of 1941, it was yet another Ernst Lubitsch romantic comedy, albeit one with more bite. But Pearl Harbor brought World War II home to American audiences, and it became even more difficult to promote after Carole Lombard's death in a plane crash in January 1942, less than two months before it entered theaters. Thus, relatively few saw it during its initial release, and those who did had mixed reactions.

Time has vindicated "To Be Or Not To Be," which most film historians now place in the top tier of Lubitsch's oeuvre, alongside "Trouble In Paradise," "The Shop Around The Corner" and several others. And now, Jack Benny's greatest film performance is getting a full-fledged Criterion treatment -- both in the Blu-ray format and as a conventional DVD -- and will be released Tuesday. 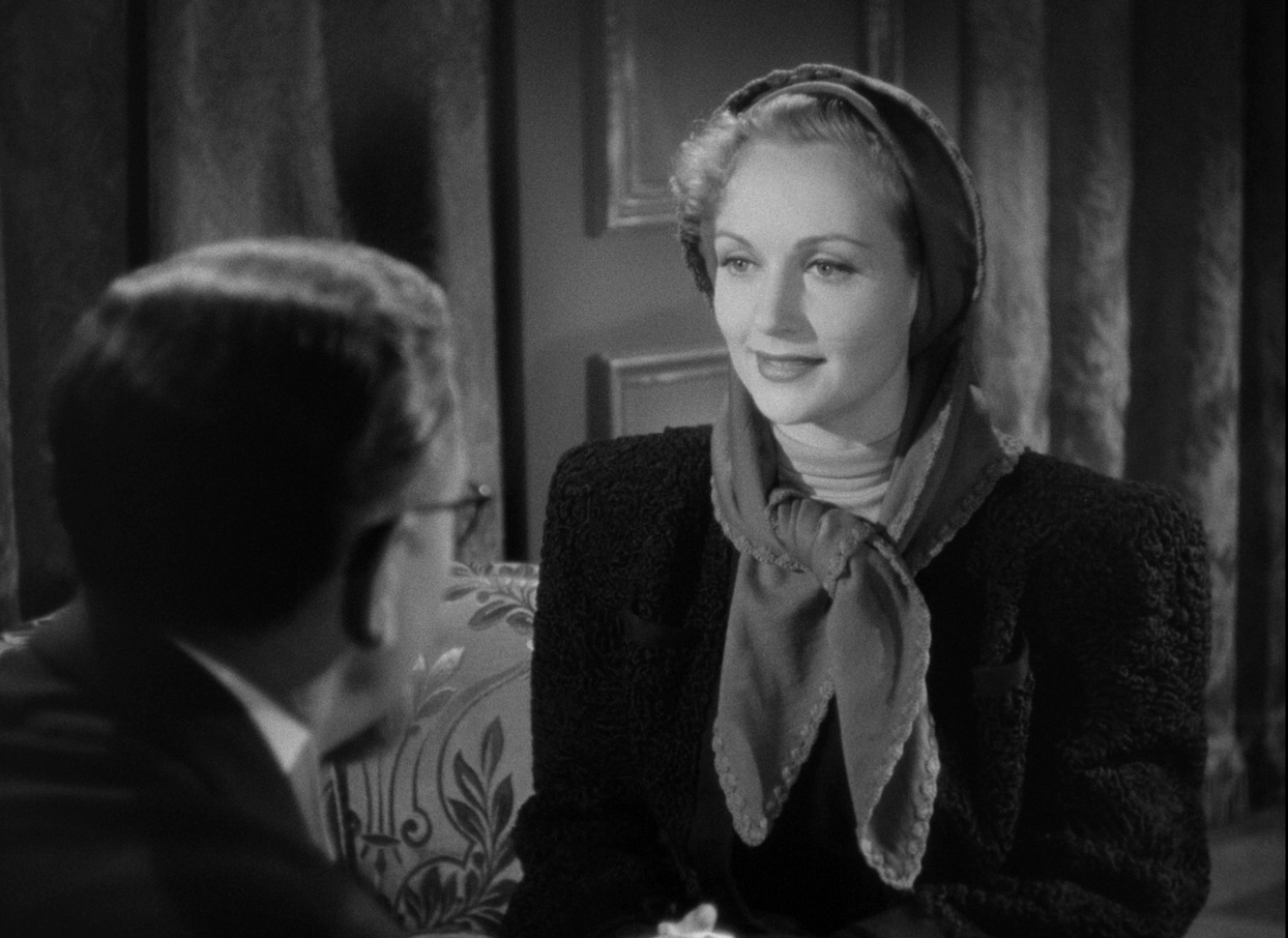 The image above provides proof of the visual quality of this release. Compared to a Blu-ray issued for the European market by Studio Canal last year, DVD Beaver says Criterion "has a much higher bitrate, is smoother, marginally brighter, shows more information the frame, has less damage, etc. -- and provides a tremendous presentation." Not yet convinced? Here are two more screenshots of Carole, taken directly from the Criterion Blu-ray and not enhanced in any way on my behalf: 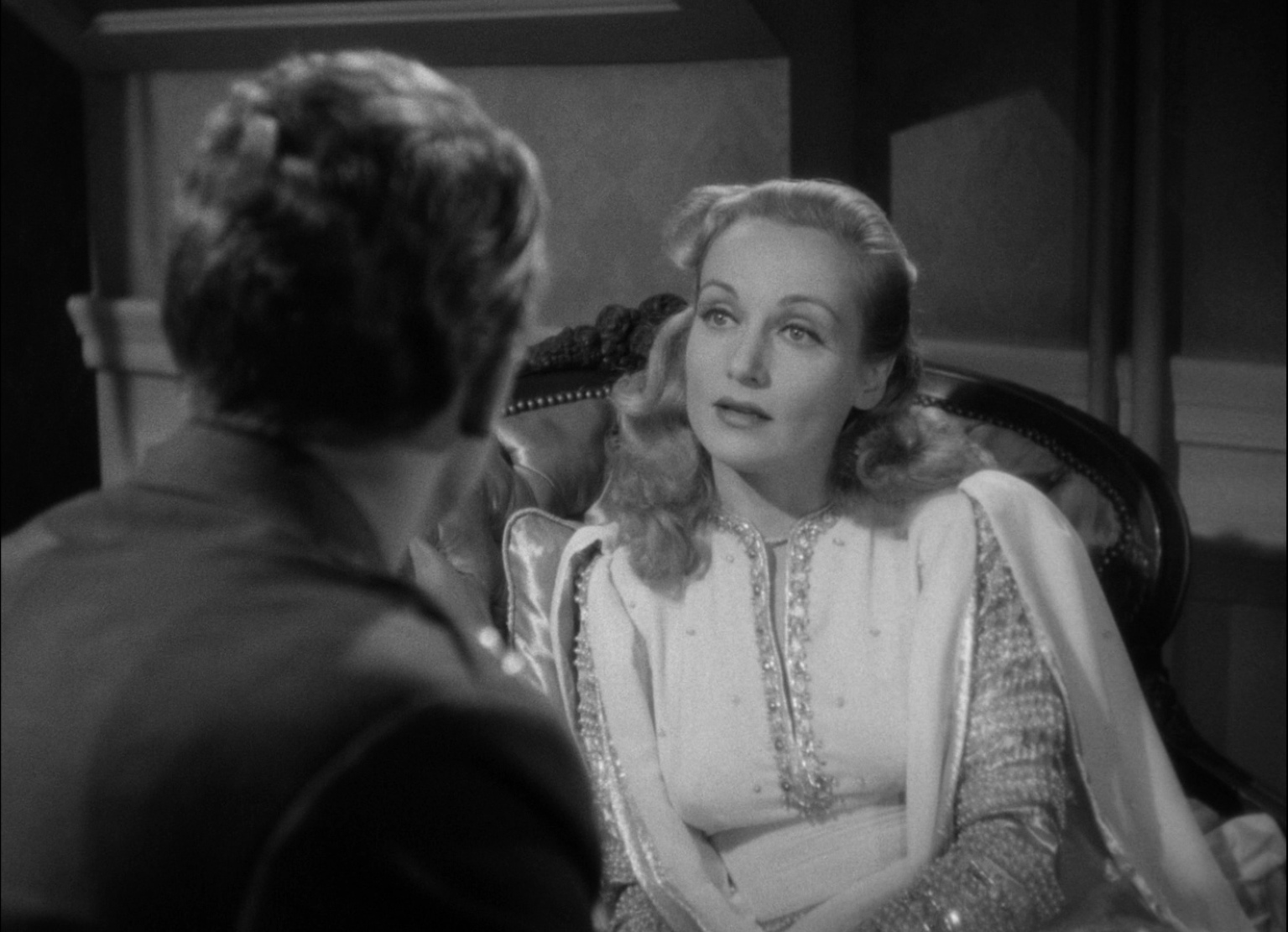 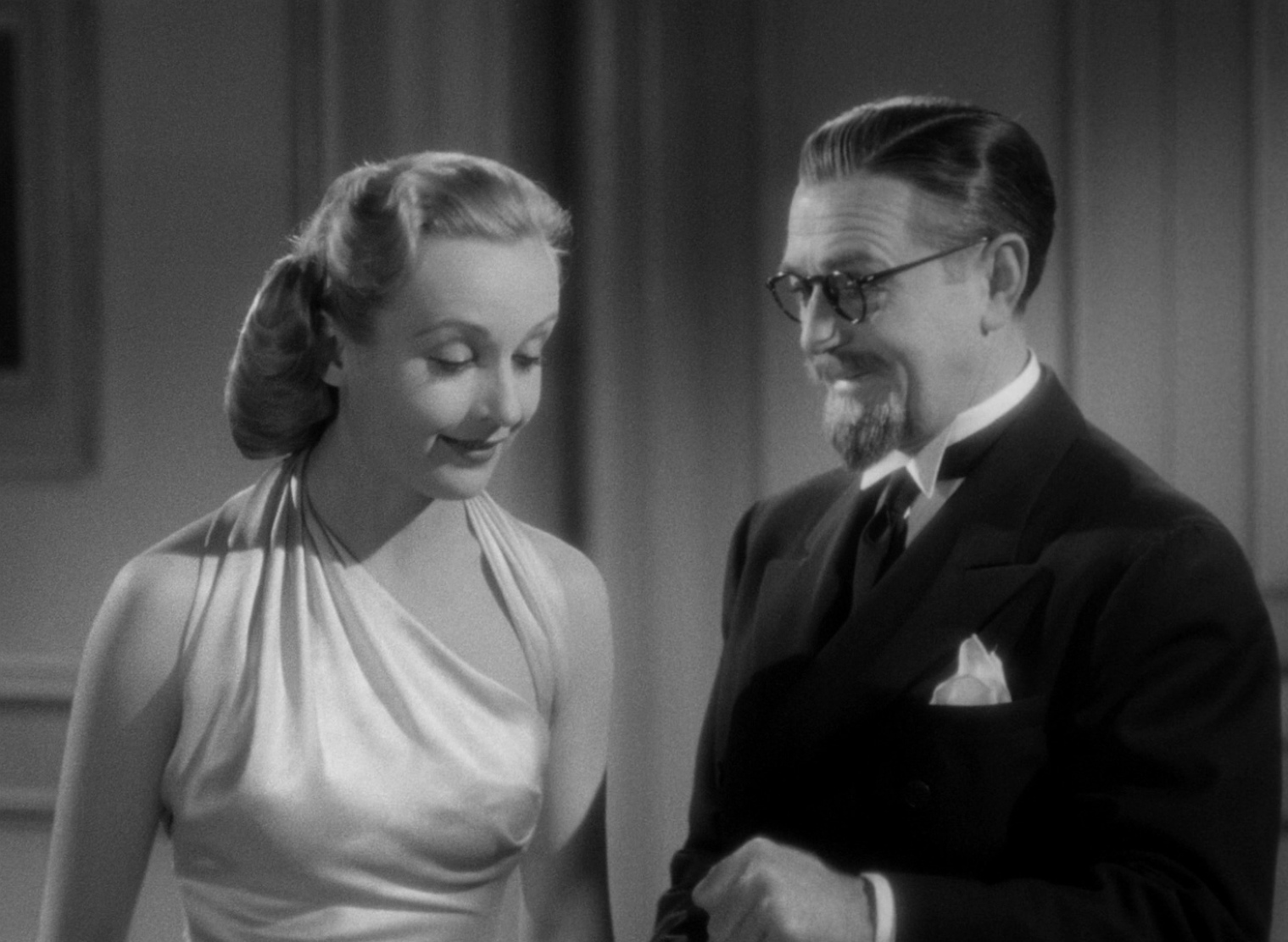 If all this release had to offer were excellent visuals of a classic film, that in itself might be worth buying -- but Criterion has added so much more to this package...like all sorts of extras. It begins with an audio commentary from David Kalat, whose work in this field has made him a favorite of film buffs. I haven't heard it yet, but DVD Beaver labels it "new, thorough and totally professional." 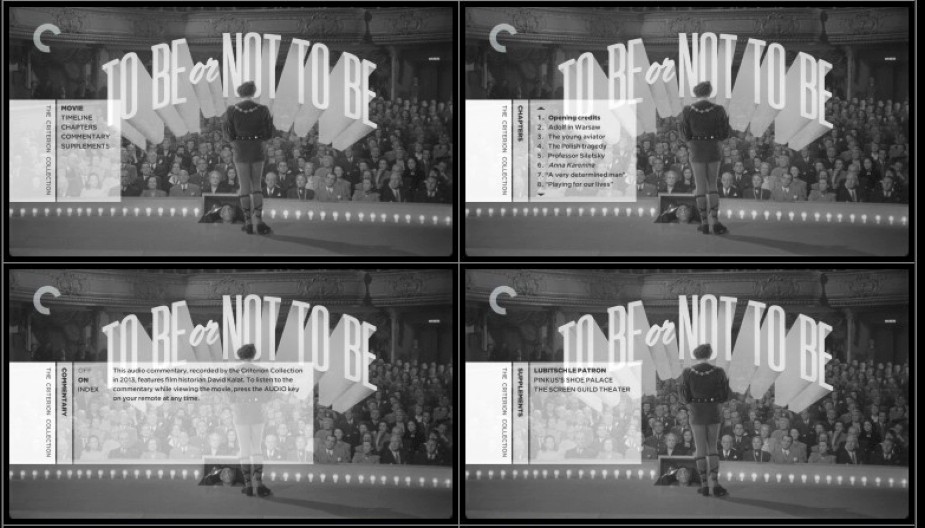 Want to learn more about Lubitsch? First of all, good for you -- he is one of the all-time great directors, right up there with Howard Hawks, John Ford, Alfred Hitchcock and other legends. Second, this release will help. Its additions include a 2010 French documentary with English subtitles, "Lubitsch Le Patron," which lasts 53 minutes and thoroughly examines his style. Then there is a 45-minute German comedy from 1916, "Pinkus’s Shoe Palace," in which Lubitsch both directed and acted. 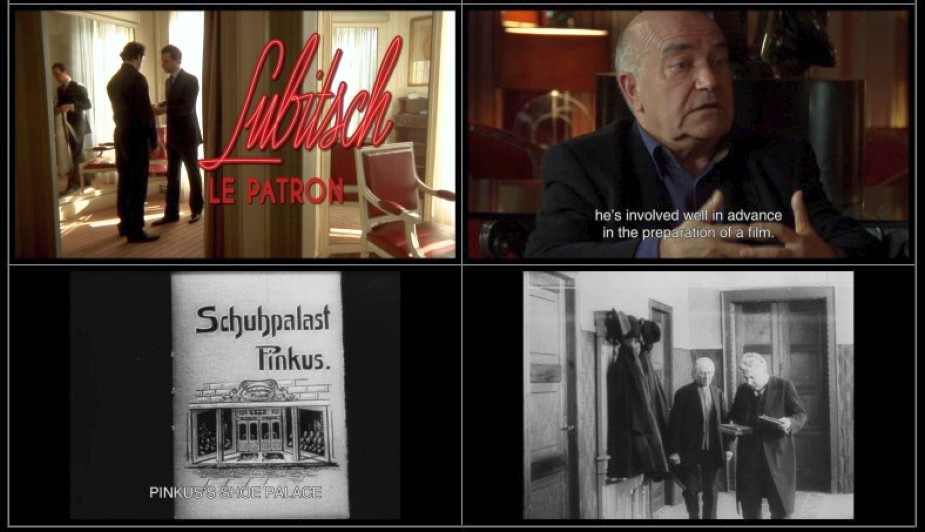 You can hear Lubitsch act on radio in a 1940 skit with Claudette Colbert (whom he directed several times) and Benny as part of the "Screen Guild Theater." Three years later on that program, Carole's first husband, William Powell, and his current wife, Diana Lewis, would reprise Benny and Lombard's roles in a 30-minute adaptation of "To Be Or Not To Be," which aired on nearly the first anniversary of Carole's death, though it wasn't mentioned during the broadcast (http://carole-and-co.livejournal.com/268891.html). Finally, Criterion also has a liner notes booklet featuring an essay by critic Geoffrey O’Brien and a 1942 New York Times op-ed by Lubitsch, responding to some critics' barbs that his film trivialized the Nazis' barbarism.

It's nice to see one of Lombard's finest films (and in the eyes of many, her best performance) get such first-class care, as Criterion did likewise 12 years ago with "My Man Godfrey." However, that package was so good it would be hard to add even more goodies to any sort of Blu-ray upgrade...but we'd sure love to see Criterion give that treatment a try. 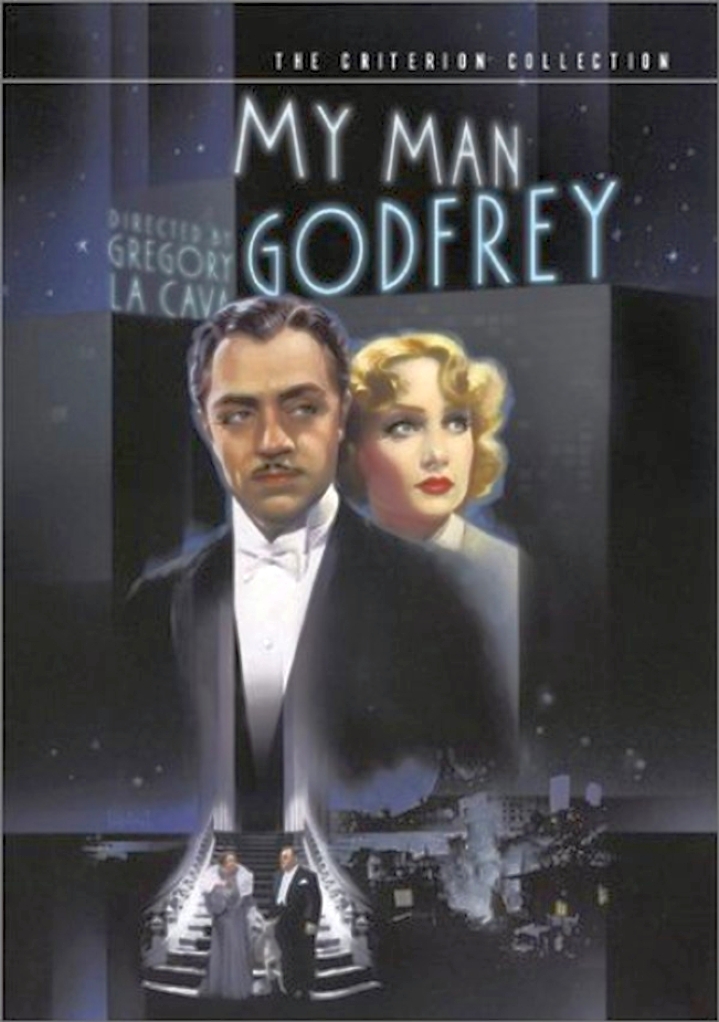