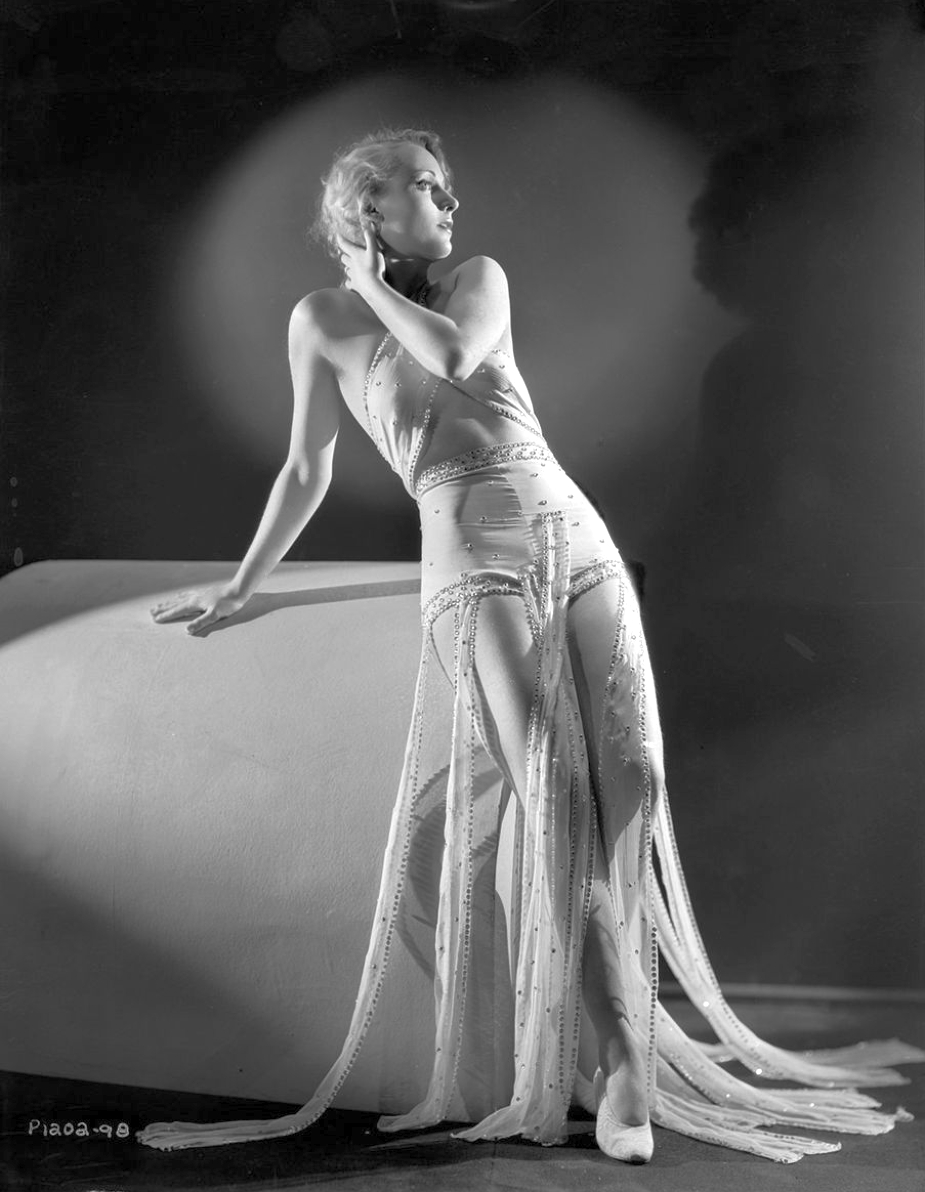 An interesting thing happened to Carole Lombard in the months after signing with Paramount in mid-1930: She gained renown not so much for her acting -- though she made six pictures during the first half of 1931 -- but her talent in filling out the outfits the studio made her wear. The industry fan magazines ran with the concept, though they rarely showed Carole in such filmy lingerie as p1202-98 above.

Instead, Lombard appeared in more demure clothing or accessories...things the regular female fan, not endowed with her sleek, magnificent figure, could feel comfortable wearing. And while Carole gradually grew dissatisfied with being perceived as a clotheshorse ("I want to live, not pose!" she later would say), she was enough of a good soldier, familiar with how the studio game worked, to participate in photo sessions and make them a fun experience for all concerned. So here are several examples of Lombard as fashion icon from the first few months of 1931.

First, Photoplay for May 1931, with Carole joining forces with Tallulah Bankhead and Leila Hyams to present "Fashion Headliners For Afternoon Wear": 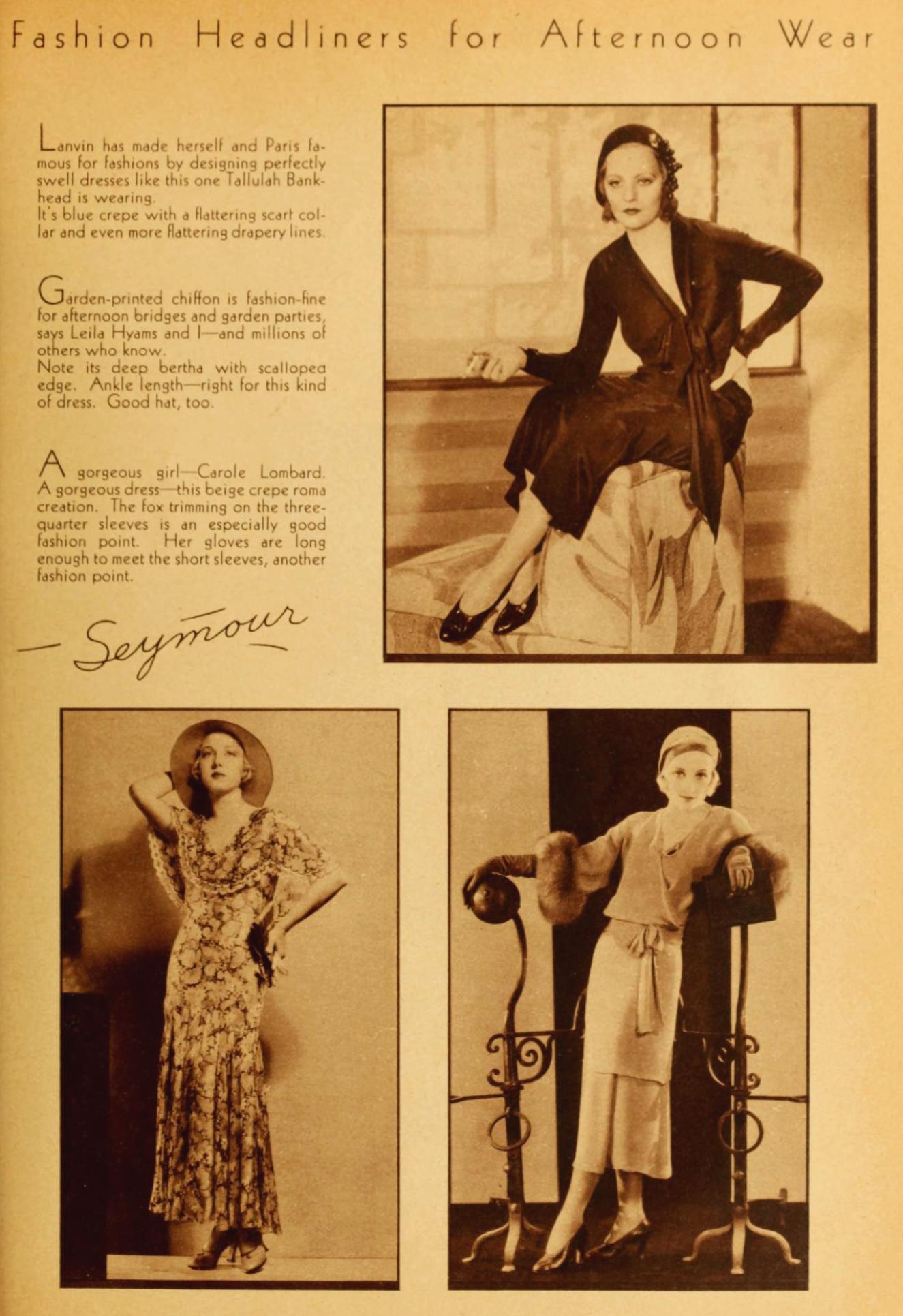 Want a close-up version of what Lombard's wearing? Here it is, along with the comments of "Seymour," the magazine's fashion maven: 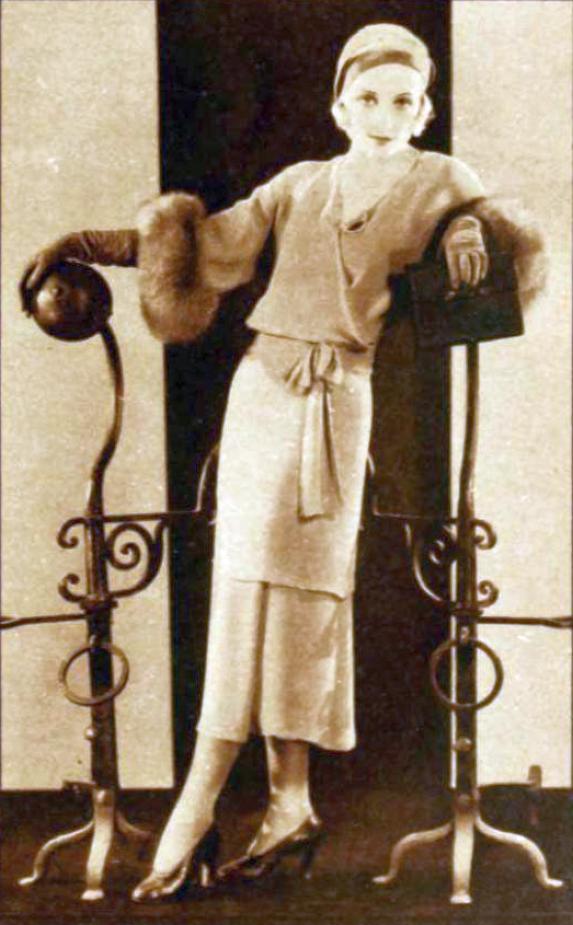 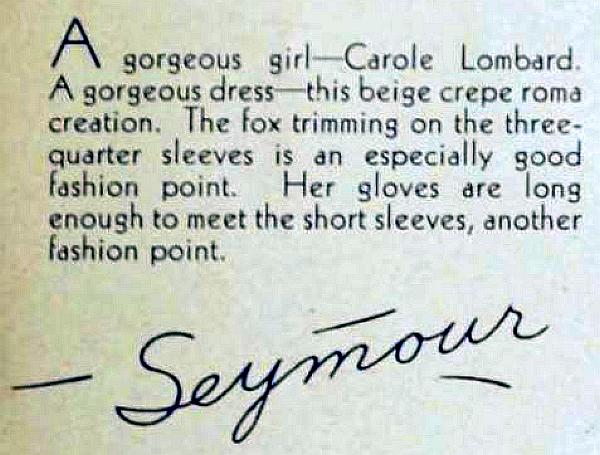 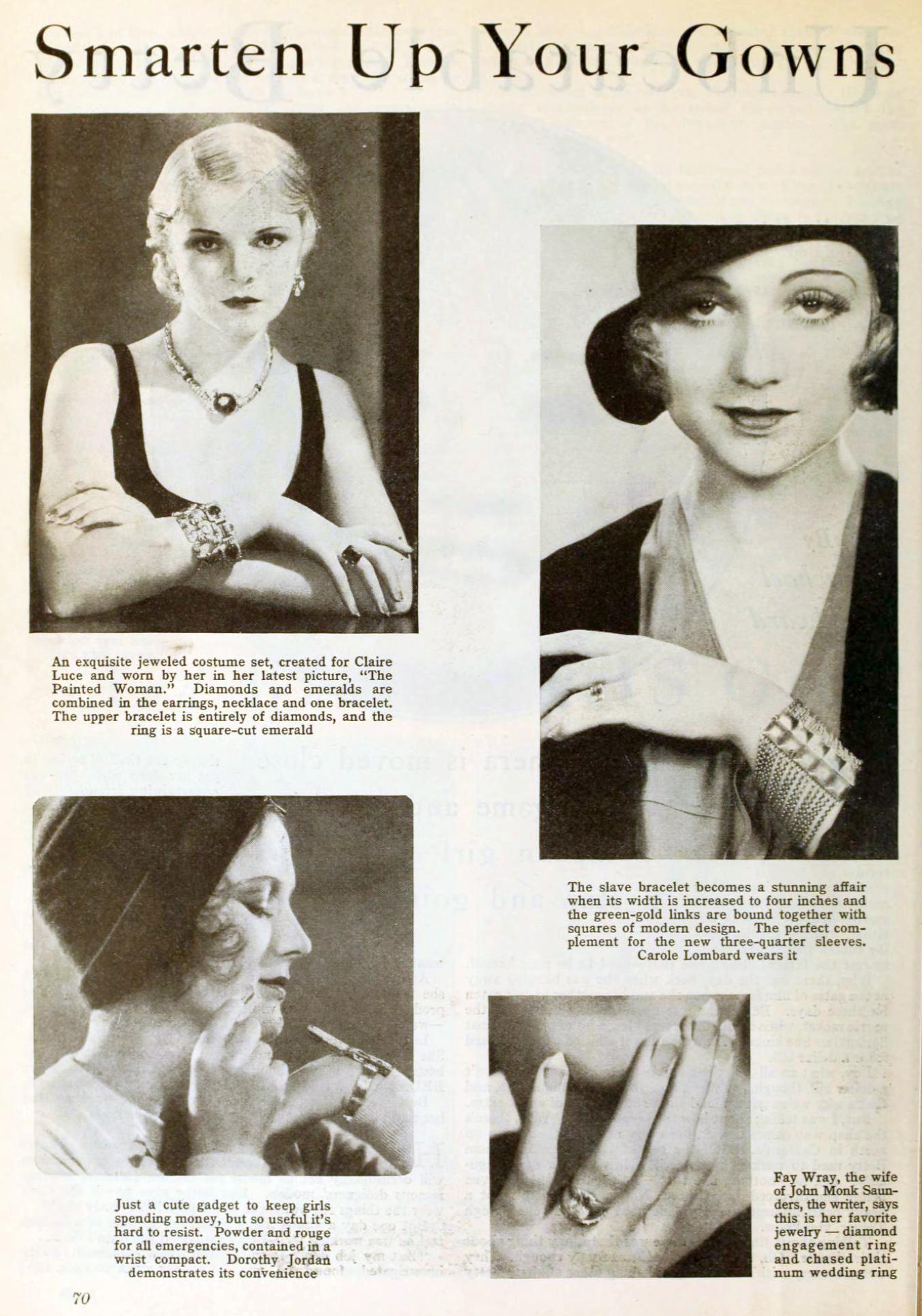 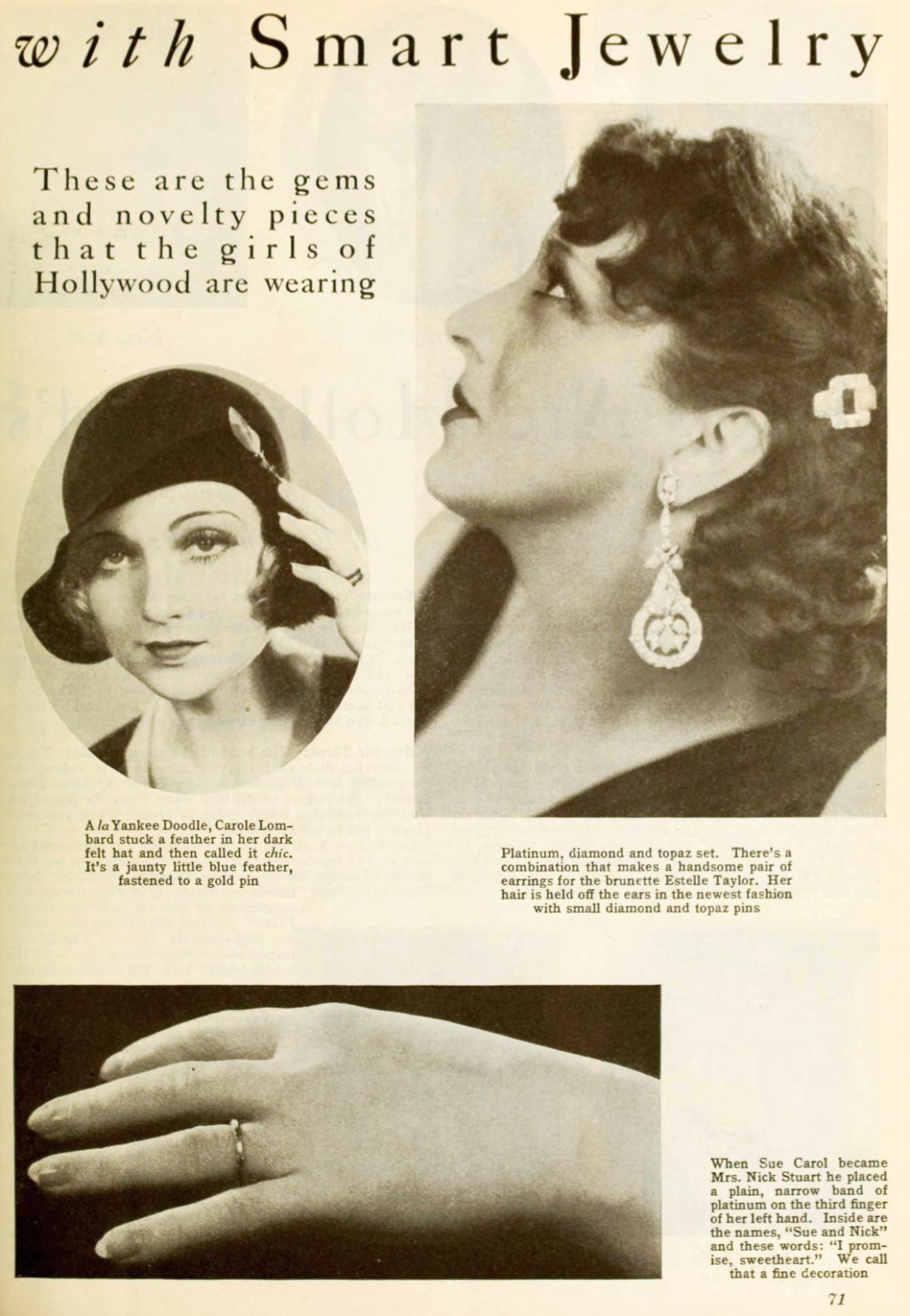 Once again, we'll isolate and enlarge the Carole content: 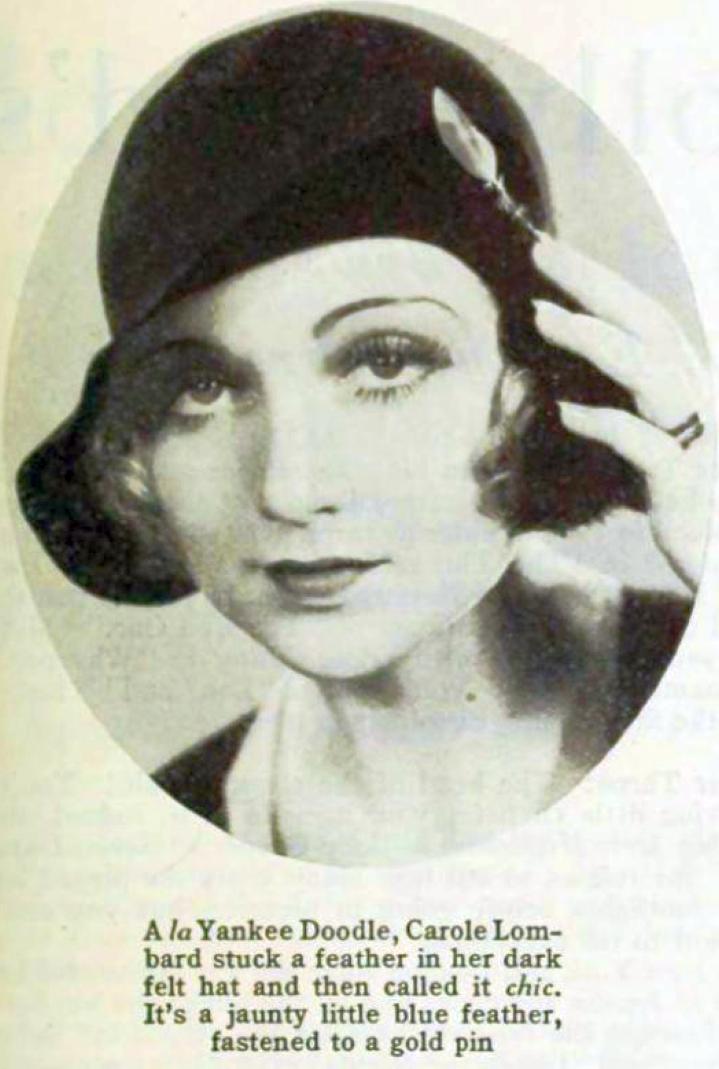 These days, using the term "slave bracelet" probably would provoke an immediate "The First Wives Club"/Lesley Gore "you don't own me" protest. Hey, the early '30s were different times.

Now, back to May '31, this time in The New Movie Magazine. as "Hollywood Demonstrates New Frocks" for spring. This time, the two pages almost entirely belong to Lombard, save for a guest appearance by Claudette Colbert, clad amongst other things in "gunmetal stockings." (Do hosiery companies still make that shade?) 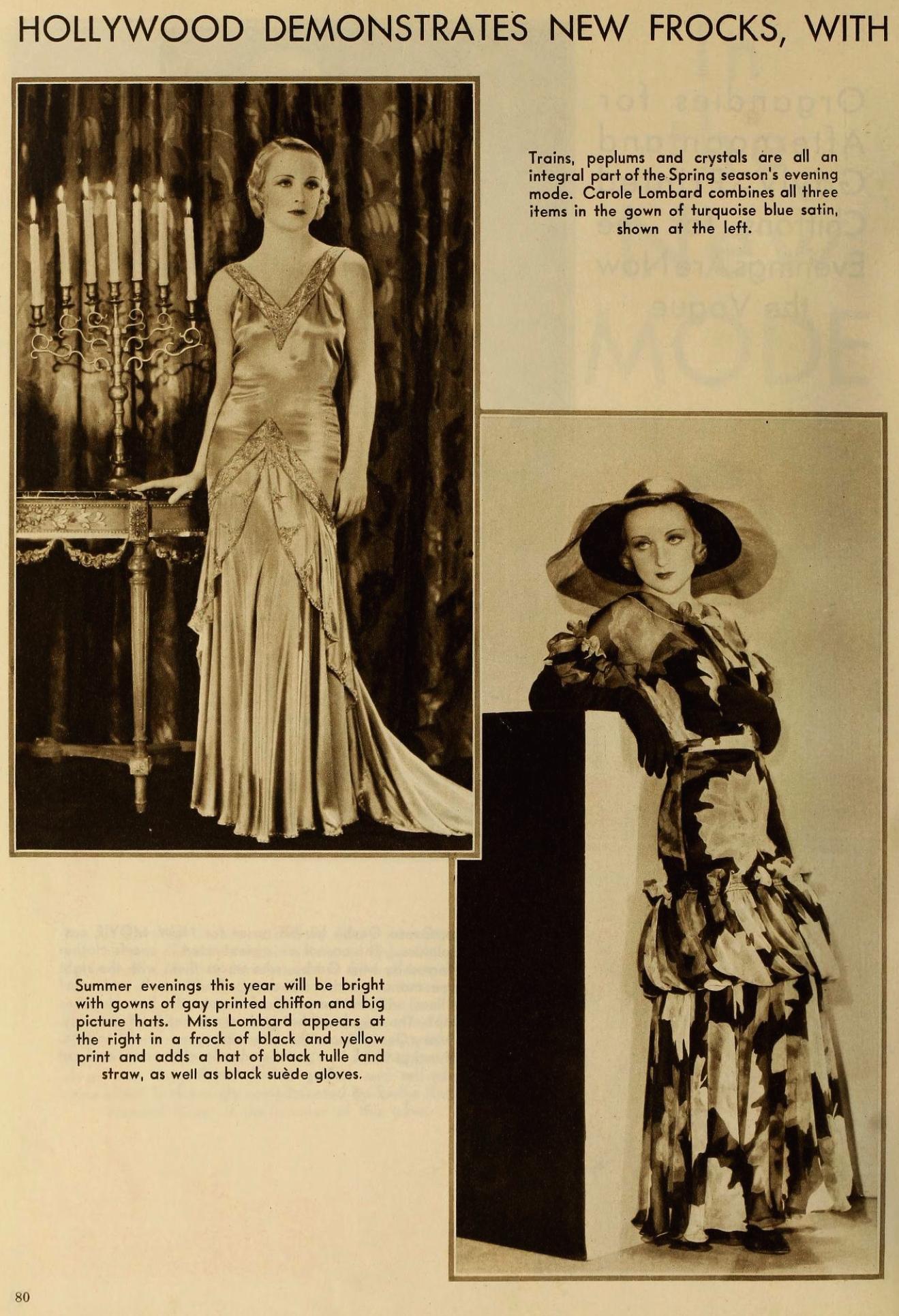 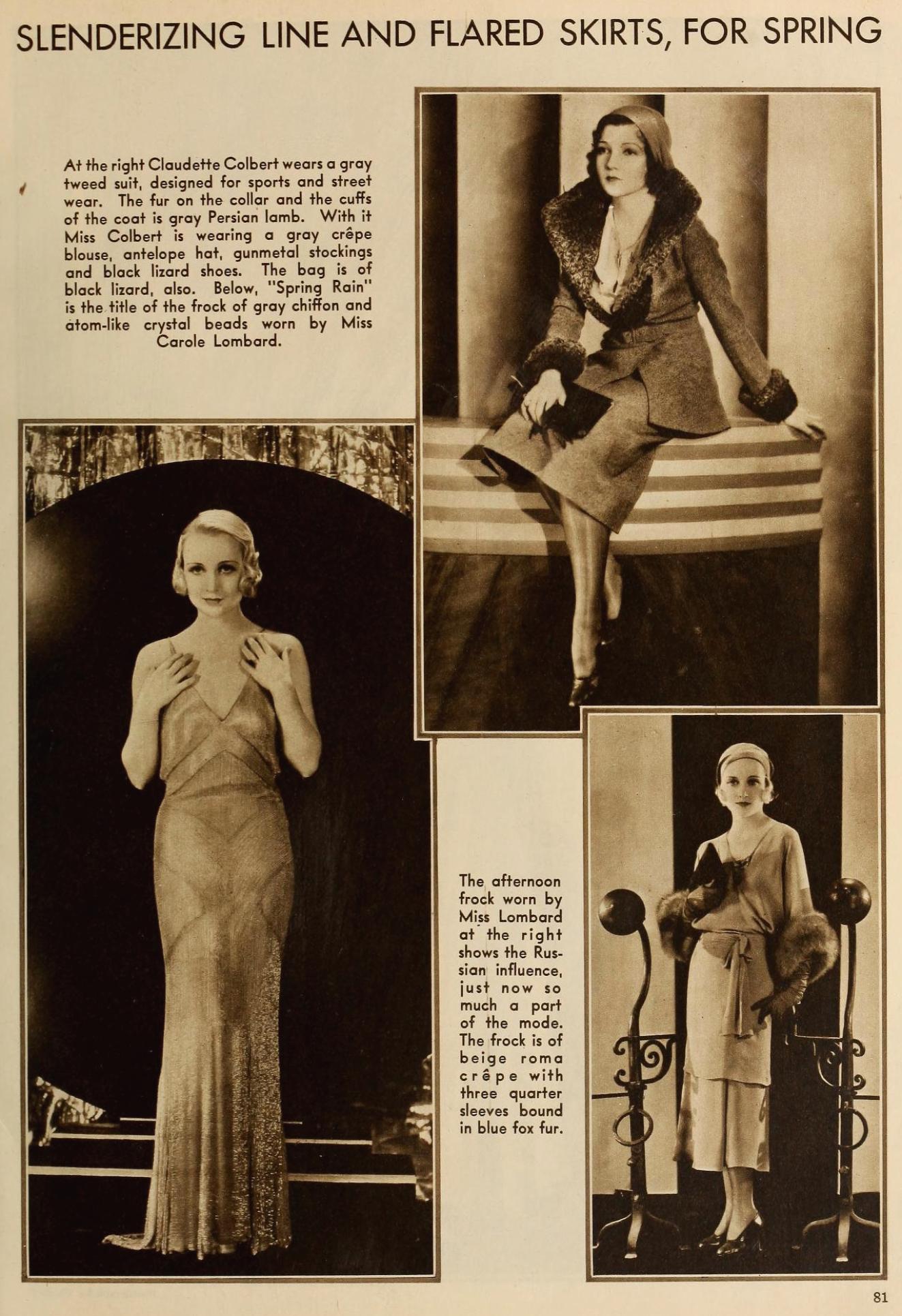 Note the outfit in the lower right-hand corner of the first page? Lombard wore it onscreen in "Man Of The World." 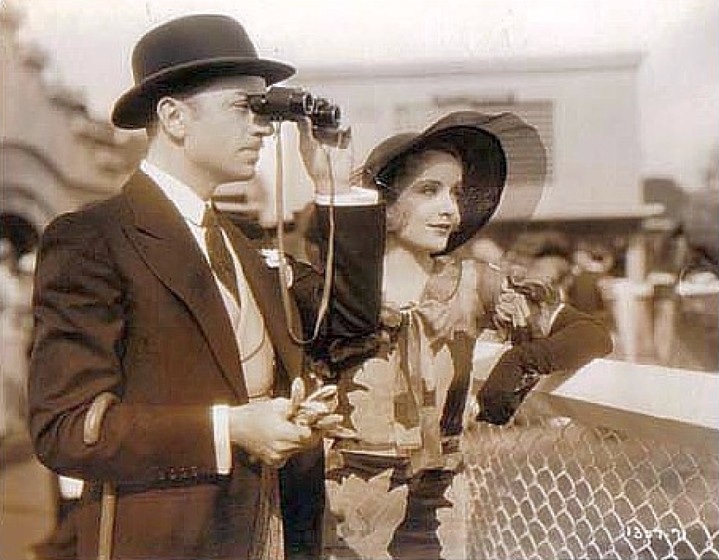 Let's move up a few decades, because today marks a very important pop music anniversary. Exactly 50 years ago today, the Beatles released "She Loves You" in the United Kingdom, the song whose sheer energy (from Ringo Starr's drum intro to the "yeah, yeah, yeah" chorus) lit the spark to Beatlemania. Producer George Martin deemed its close a bit corny, a la the big bands...but it's that very over-the-topness that gives the record its enduring charm. To this day, it remains the group's biggest-selling single in the UK. (Come the first few months of 1964, it would have similar chart success on the American side of the pond.) Here are the Fab Four with a rare live performance of the song -- in color, yet! -- in Manchester in the fall of '63: