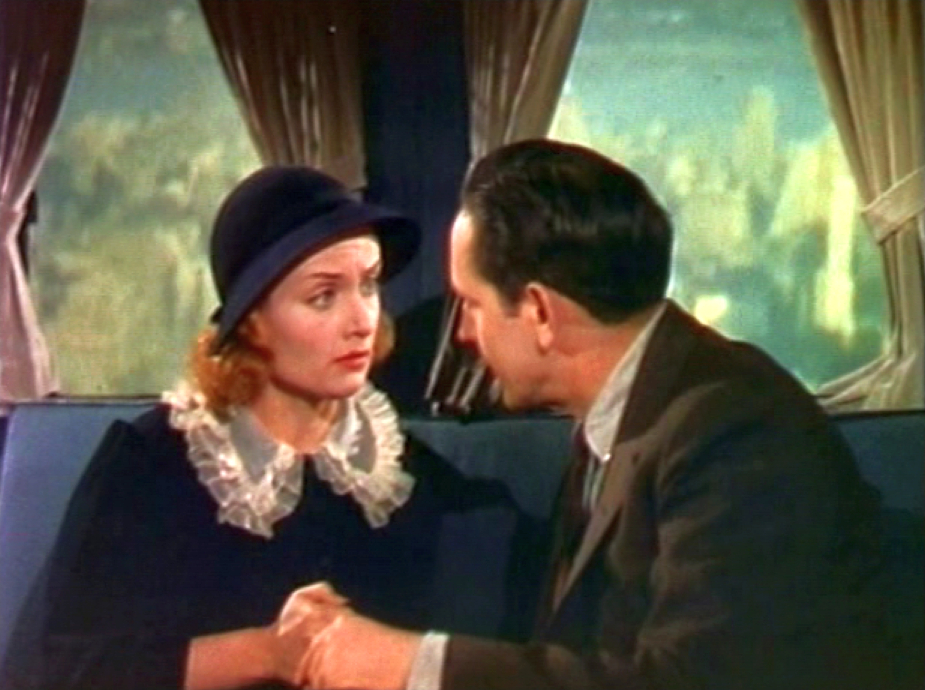 Most Carole Lombard fans recognize this image of her and Fredric March from "Nothing Sacred." But the subject of today's entry really isn't Lombard, nor is it March; instead, look out the window, and you'll see it: 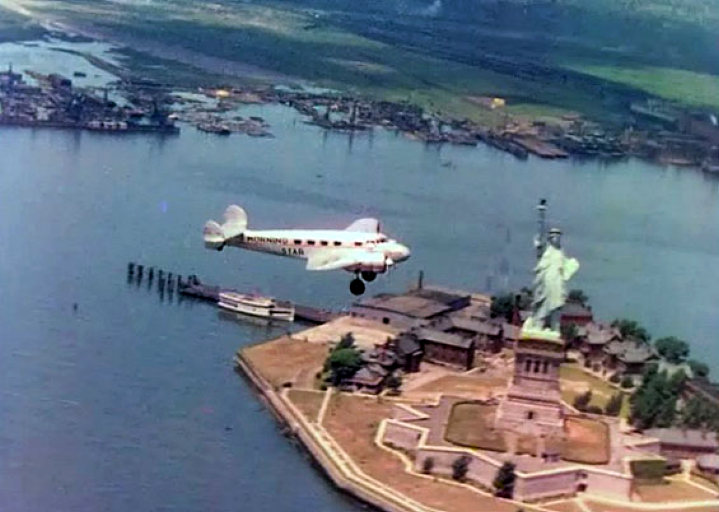 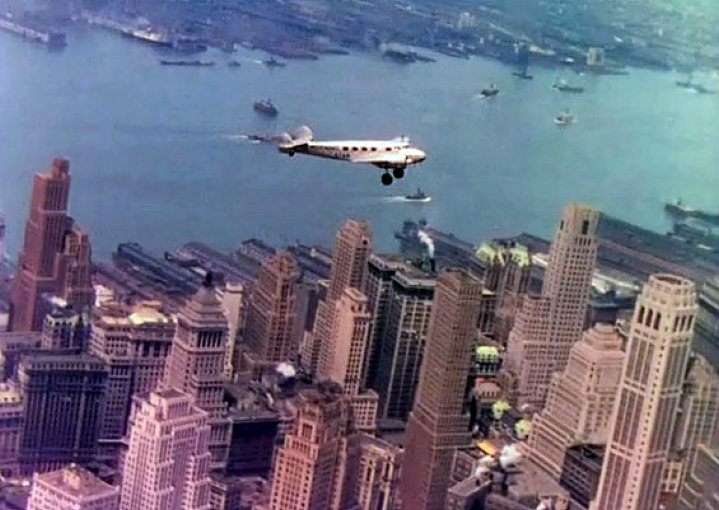 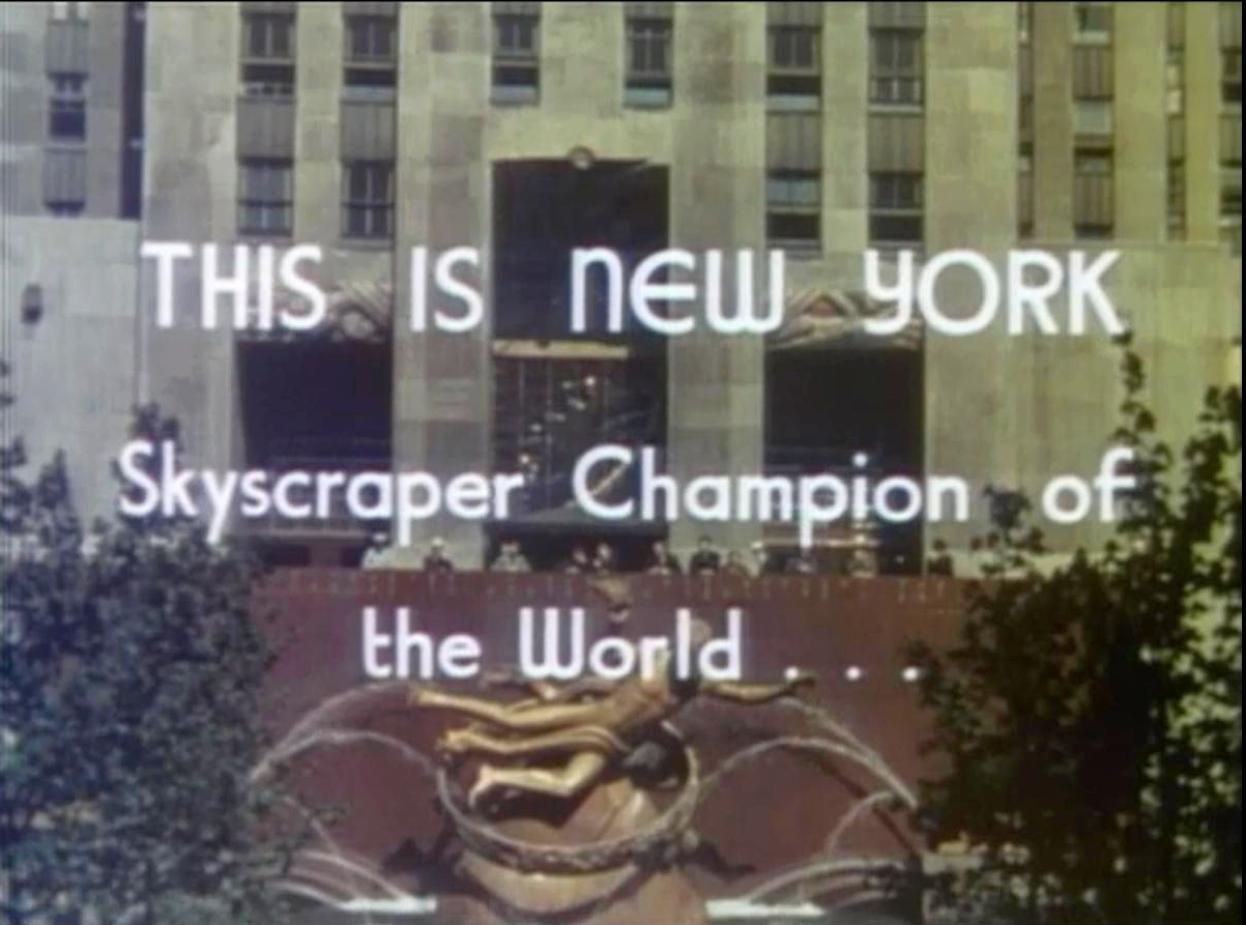 Yep, it's New York, and March and Lombard's characters are shown boating around lower Manhattan (although it's almost certainly rear projection): 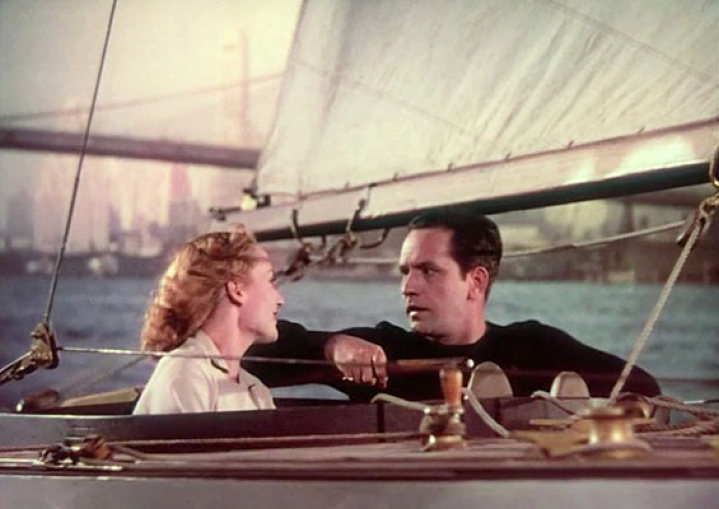 New York has meant plenty to classic movie buffs. both as setting for films and actual location shooting. Indeed, much of the industry's pre-West Coast history came out of the city and nearby New Jersey. And now Turner Classic Movies is paying homage to the Big Apple through something called the TCM Classic Film Tour, which opens today in New York. 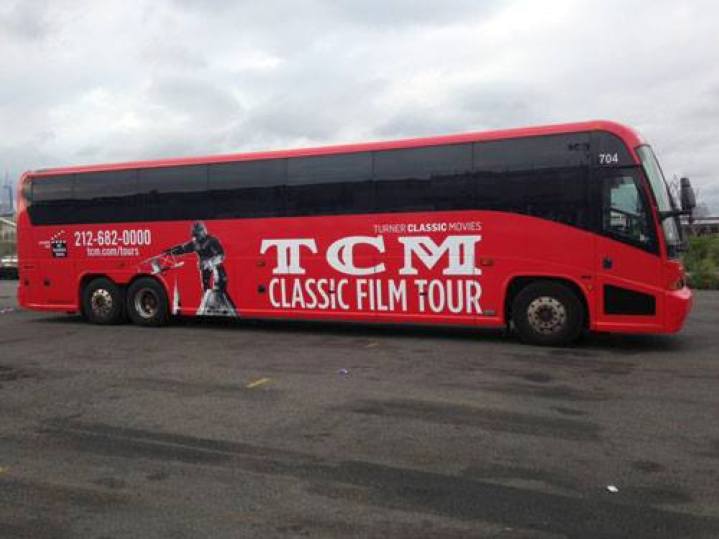 Members of the press -- including several classic film bloggers -- got to take a preview recently, escorted by a pair of very special guests...Mr. TCM himself, Robert Osborne, and former MGM star and friend of the channel Jane Powell, who teamed for the obligatory ribbon-cutting: 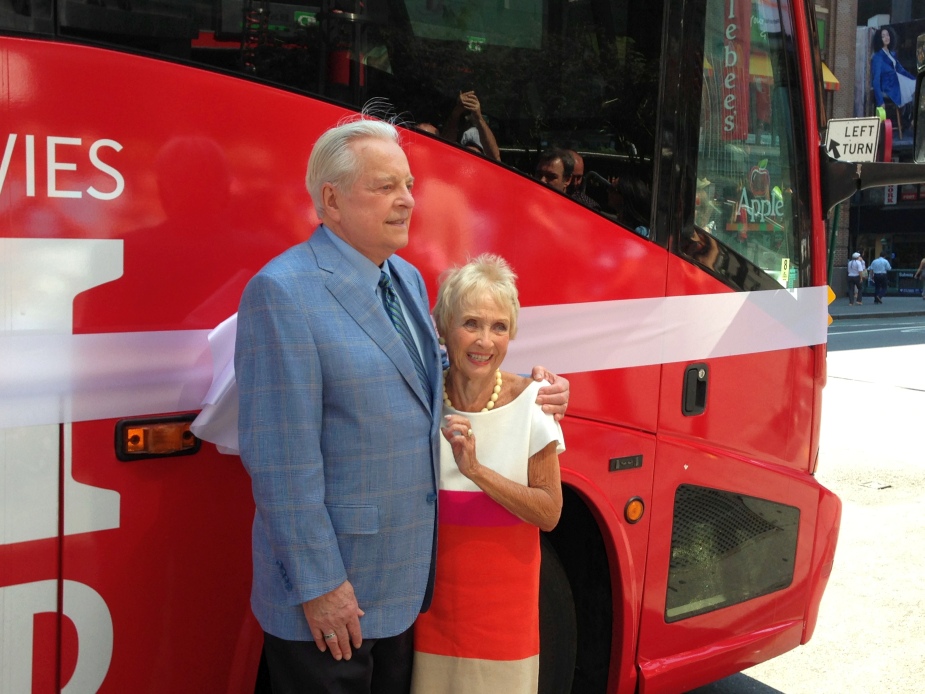 According to Aurora of "Once upon a screen" (that's her photo of Osborne and Powell), the tour takes three hours -- opening with a filmed introduction from Osborne about New York and the movies -- and will cover virtually all facets of movies in New York, from the earliest days to later fare that could be considered "classic" (e.g., Woody Allen's "Manhattan"). You'll visit everything from Columbus Circle to Central Park West (home to the Dakota used in "Rosemary's Baby"), the 59th Street Bridge Allen used in Manhattan (and let's not forget it was a backdrop in "My Man Godfrey," too -- you can see a tiny part of it over William Powell's shoulder in the image below): 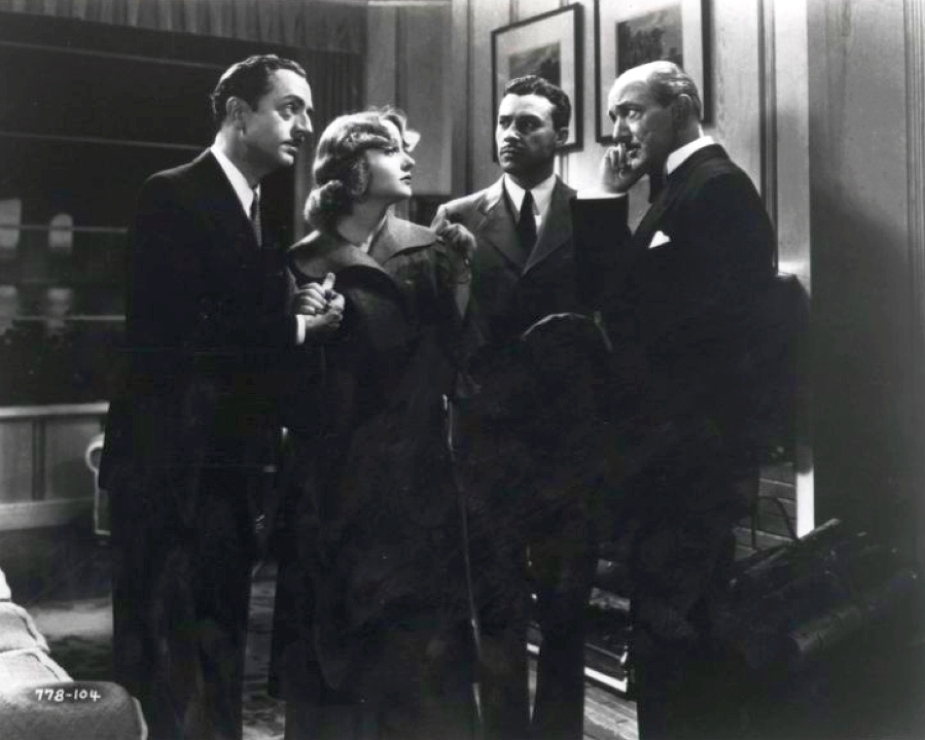 The tour ends at Grand Central Station, the eastern terminus for the fabled "Twentieth Century" train Lombard's character rode to cinematic glory in 1934. Here she is in real life arriving in town by train in 1935, though I don't know whether she got off at Grand Central or the original, dearly-missed Pennsylvania Station: 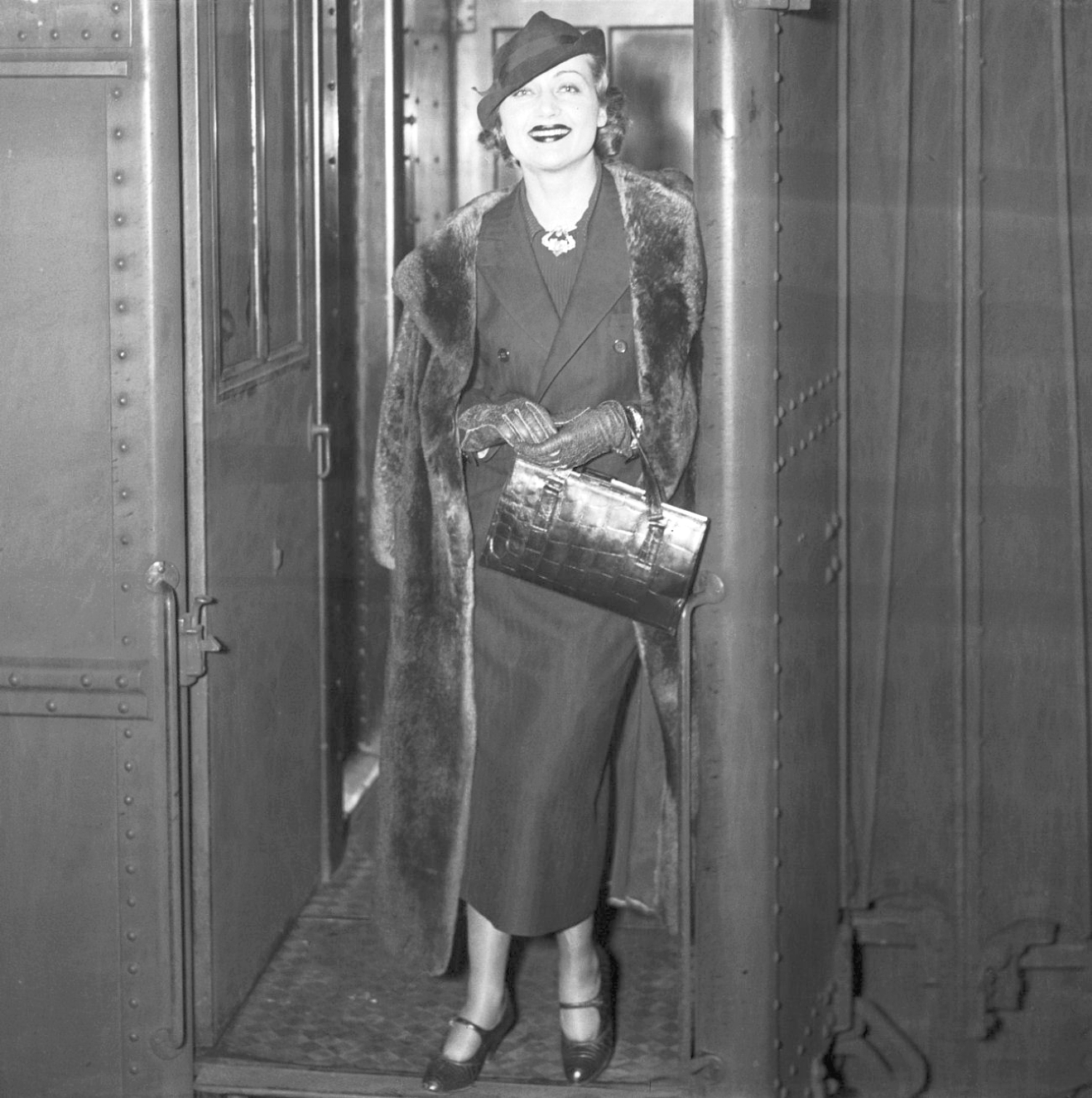 The tour runs Tuesdays, Thursdays and Saturdays, beginning at 11:30 a.m.; admission is $40 plus a $3 surcharge. Find out more at http://www.tcm.com/tours/.

Let's conclude by giving the West Coast equal time. Actually, it's a tribute to the great singer-songwriter Jackie DeShannon, whose birthday was Wednesday -- and as of this writing, it still is in California. This is something she wrote and recorded in 1969 called simply "L.A.", and the song is accompanied by an embryonic music video that's rather charming. That's appropriate, because Jackie was an integral part of that city's music scene in the '60s and '70s, recording her share of hits and writing them for many others. Enjoy.

As promised, Lombard's hat makes an appearance from another angle in our latest LiveJournal header, Paramount p1202-174.
Collapse