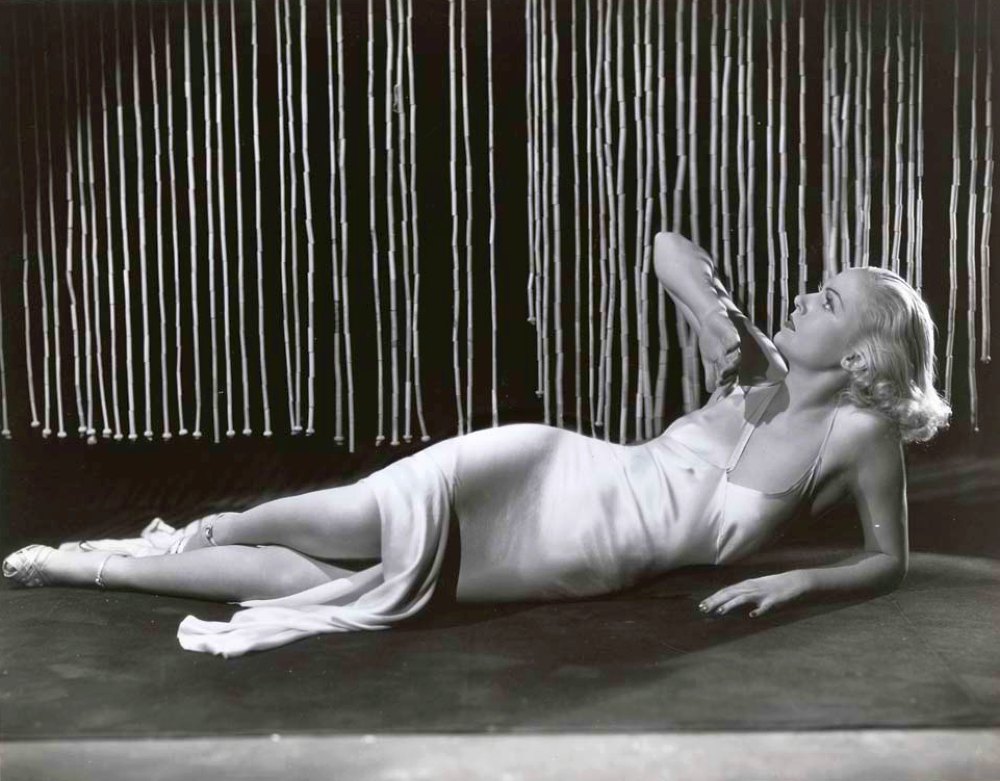 That's Carole Lombard, seemingly expressing fear in a film from 1933...but if recently issued reports are correct, there was a chance that '33 film might not have been "White Woman," as shown above, but... 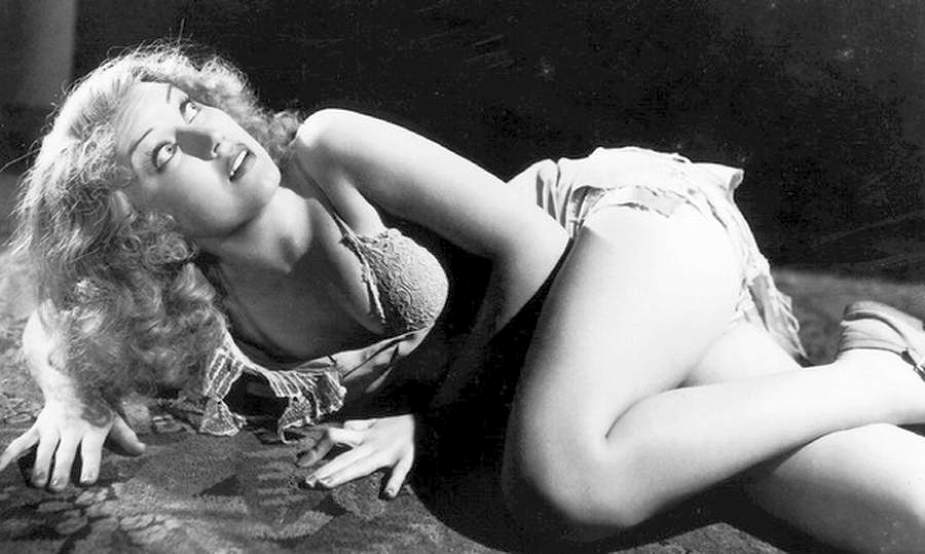 Today, Wray seems in retrospect a natural for that role, since at the time "Kong" was released, she already was renowned as a "scream queen" in films such as "Doctor X," "The Most Dangerous Game" and "Mystery Of The Wax Museum." (Actually, she had far more range than that, appearing in all sorts of genres dating back to the late silent era; she's terrific in Erich von Stroheim's 1928 gem, "The Wedding March," a role she long called her favorite.) 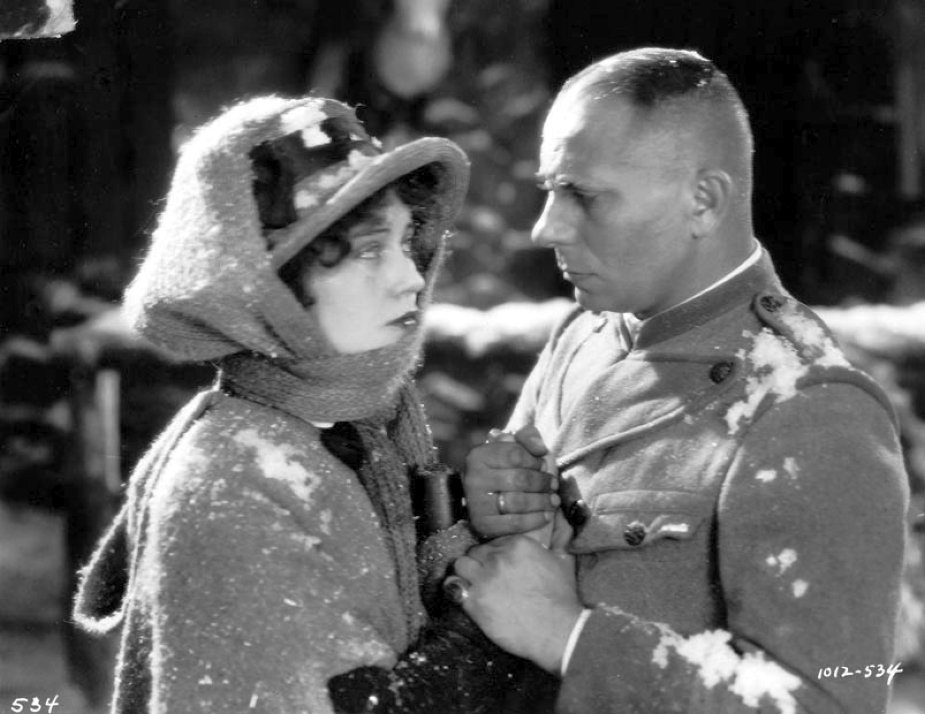 But in 1932, "Kong" was in its planning stages, and Edgar Wallace, who came up with the story, kept a diary. Part of it has been made public...and please note the initial paragraph:

"I had an appointment with [producer] Merian Cooper at 11 o'clock, and we saw a girl for our play. I don't think she will quite do. She's got a contract with Paramount, so it doesn't matter. She was terribly pretty & had a lovely figure, but what we want is a very mobile kind of face that will express horror.

"We had a long talk about the scenario, which is not yet written but only roughly sketched, and came to a decision as to the opening. We practically know how the story is going to run. There will be a tremendous lot of action in it, but there will also be a lot of dialogue.

"I saw a length of the film which we might use. R.K.O. was going to produce a prehistoric animal picture & made one or two shots. They were not particularly good, though there was one excellent sequence where a man is chased by a dinosaurus.

"I went into the animation room & watched the preparation of the giant monkey which appears in this play. Its skeleton & framework are complete.

"He is, of course, a figure, but a moving figure. You have no idea the care that is taken in the preparation of these pictures. Cooper insists that every shot he takes shall first of all be drawn & appear before him as a picture. The most important scenes are really drawn & shaded, and they are most artistic.

"Talking of the care they take, I saw a woodcarver fashioning the skull on which the actual figure will be built. In another place was a great scale model of a gigantic gorilla, which had been made specially. One of the gorilla figures will be nearly thirty feet high. All round the walls are wooden models of prehistoric beasts. The animation room is a projection room which has been turned into a workshop. There are two miniature sets with real miniature trees, on which the prehistoric animals are made to gambol. Only fifty feet can be taken a day of the animating part. Every move of the animal has to be fixed by the artist, including the ripples of his muscles. Of course it is a most tedious job.

"As I was going away I met an artist who was on the staff of The Daily Mail & who illustrated one of my stories. He is at work in the poster department. A little while later I met Richard Dix & Joel Macrae (sic). Joel is one of the coming men, an awfully nice boy who came straight from college to the Hollywood lot. They are going to build him up into a star & I should think he's certain to reach there.

"I lunched with "Coop" but did not see David Selznik(sic).

"You will be interested to know that my favourite lunch is a beefsteak sandwich, which is a hot beefsteak between slices of new bread. Thus do I break it to you that I'm not dieting, though I've eaten more goddamn lettuce since I've been in this country than in more short but useful life.

A nice behind-the-scenes look at the development of "Kong," confirming many of the film's technical aspects noted in the May 1933 issue of Movie Classic (http://carole-and-co.livejournal.com/624350.html). But getting back to that first paragraph,

"...we saw a girl for our play. I don't think she will quite do. She's got a contract with Paramount, so it doesn't matter. She was terribly pretty & had a lovely figure, but what we want is a very mobile kind of face that will express horror."

...one wonders, could that "girl" have been Carole?

Marlene Dietrich? She meets the above qualifications, but at the time she had Kong-size stature at Paramount, which wasn't going to loan her to RKO, surely not for this kind of feature. And for the most part, she was tied at the hip to Josef von Sternberg. So write her off.

Miriam Hopkins? She'd had experience as a femme fatale of sorts in "Dr. Jekyll And Mr. Hyde," so working with a giant ape wouldn't have been far removed. But would this have been the kind of movie she would have been interested in, especially since she'd already done "The Smiling Lieutenant" for Ernst Lubitsch and that year starred in his "Trouble In Paradise"? Maybe not, as she was nearing the studio's top tier. Possibly a candidate, hardly a lead-pipe cinch.

Nancy Carroll? Doesn't seem like her sort of vehicle, though by 1932 her career was sagging and she might have considered going in a different direction.

Claudette Colbert? Probably too sophisticated an image for such a role.

Sylvia Sidney? Doesn't seem like her cup of cinematic tea.

OK, now let's look at Lombard, who had signed with Paramount in mid-1930, had made a number of films for it, but had yet to establish herself as anything other than a blonde with a good figure who wore clothes well. Carole wasn't perceived as an effective dramatic actress or a genre player; despite her Mack Sennett background, few at the studio (not even her) believed Lombard possessed comedic skills. If anything, she was an all-purpose player, with little distinguished her from other starlets on the lot. It would take Harry Cohn and Columbia to note Carole's strengths through several loanouts from Paramount, eventually capturing them all in "Twentieth Century" in 1934.

And not long after "Kong" became a huge hit in the spring of 1933, Paramount gave Lombard a chance "to express horror" in "Supernatural," a film experience she detested (although it must be said she gave a competent, sometimes solid, performance in a genre she had little affection for).

Let's assume Carole not only was whom Wallace was referring to, but that she had somehow won the role of leading lady Ann Darrow. Would a Lombard "Kong" have been as memorable as one with Wray? Hard to tell; after all, it primarily was the special effects, blended with the storytelling, that made the movie a classic, still beloved some 80 years later. So let's look at the next question: How would starring in "Kong" have affected Carole's career? 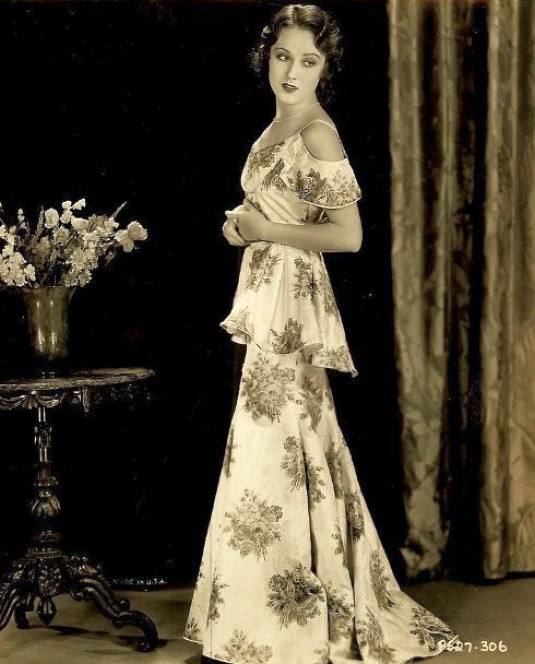 Perhaps not as much as you might think. Post-"Kong," Wray continued as a leading lady or second player for much of the 1930s, appearing in films such as "One Sunday Afternoon" with Gary Cooper later in '33 and "Viva Villa!", "The Affairs Of Cellini" and "The Richest Girl In The World" in 1934. She regularly appeared on fan magazine covers through the mid-thirties, though her career never reached the heights that Lombard's did later that decade. Wray spent most of the '40s away from films, returned to movies and increasing TV work in the '50s (including three appearances on "Perry Mason," produced by '30s character actress Gail Patrick) and concluded her on-screen work with a supporting role in the 1980s movie "Gideon's Trumpet," starring Henry Fonda and Jose Ferrer. She died in August 2004, a month shy of turning 97.

There were some ties between Wray and Lombard, and while I presume they met at one time or another, I don't know how close they were. Carole had a small role in "The Eagle And The Hawk," written by Wray's first husband, John Monk Saunders. After they divorced in 1939, she eventually married another writer -- Robert Riskin, who unsuccessfully had romanced Lombard in the mid-thirties, until his death in 1955. (Wray would marry a third time in 1971, this time to a brain surgeon.) Fay enjoyed writing, and produced an autobiography, appropriately titled "On The Other Hand," in 1989; I recall her promoting the book on Larry King's overnight radio show that year. 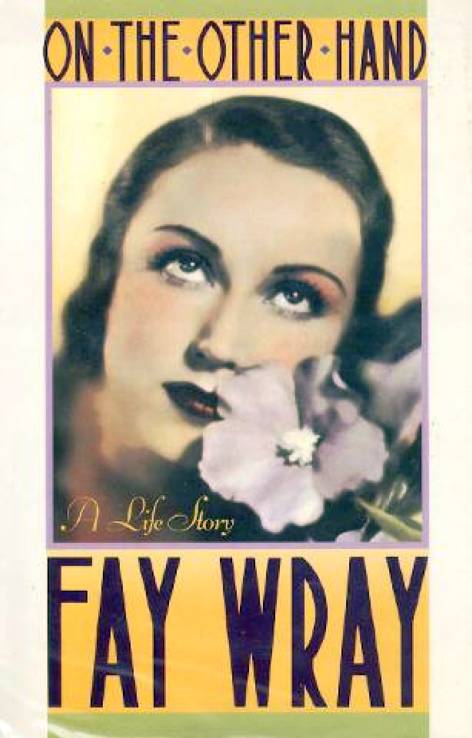 Oh, and there was one other supposed candidate for the Ann Darrow role, but in 1932 she had just signed with MGM and would have been difficult to pry. Her name? Jean Harlow.
Collapse