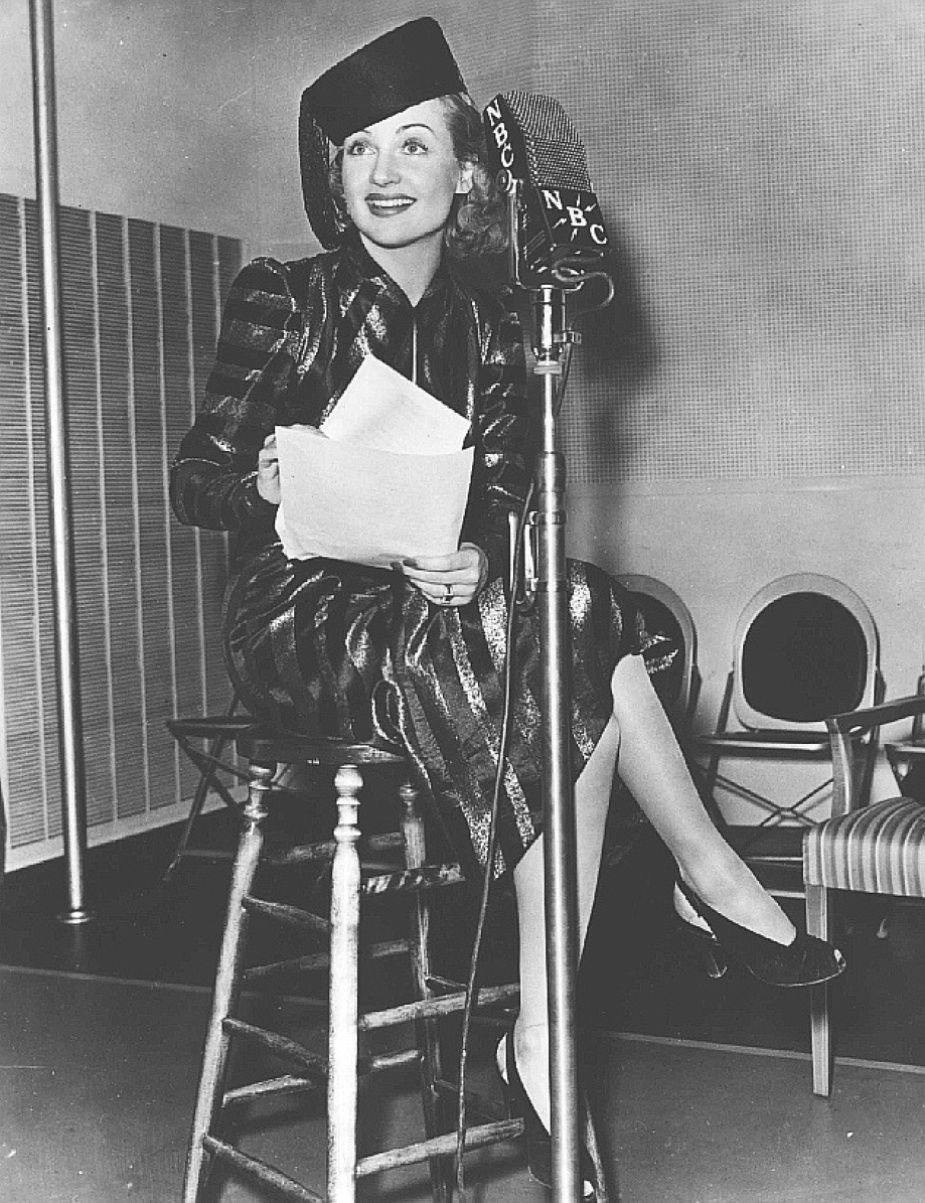 One of the hazards of publishing a monthly magazine, such as the many fan mags of the 1930s, is that the lag time between sending material to press and the time it hits newsstands can leave you with proverbial egg on your face. That happened to Photoplay in 1931, where it ran a story in its June issue where Carole Lombard referred to marriage as "dangerous" (http://carole-and-co.livejournal.com/99012.html), only to backtrack in its September issue after Lombard married William Powell near the end of June (http://carole-and-co.livejournal.com/99214.html).

Something similar happened some eight years later to Radio Mirror, that medium's equivalent of Photoplay. In fact, it was so sure it had picked a winning topic -- at that time, Lombard always made for good copy -- that it placed her on the cover of its April 1939 issue, labeling her the "new radio queen": 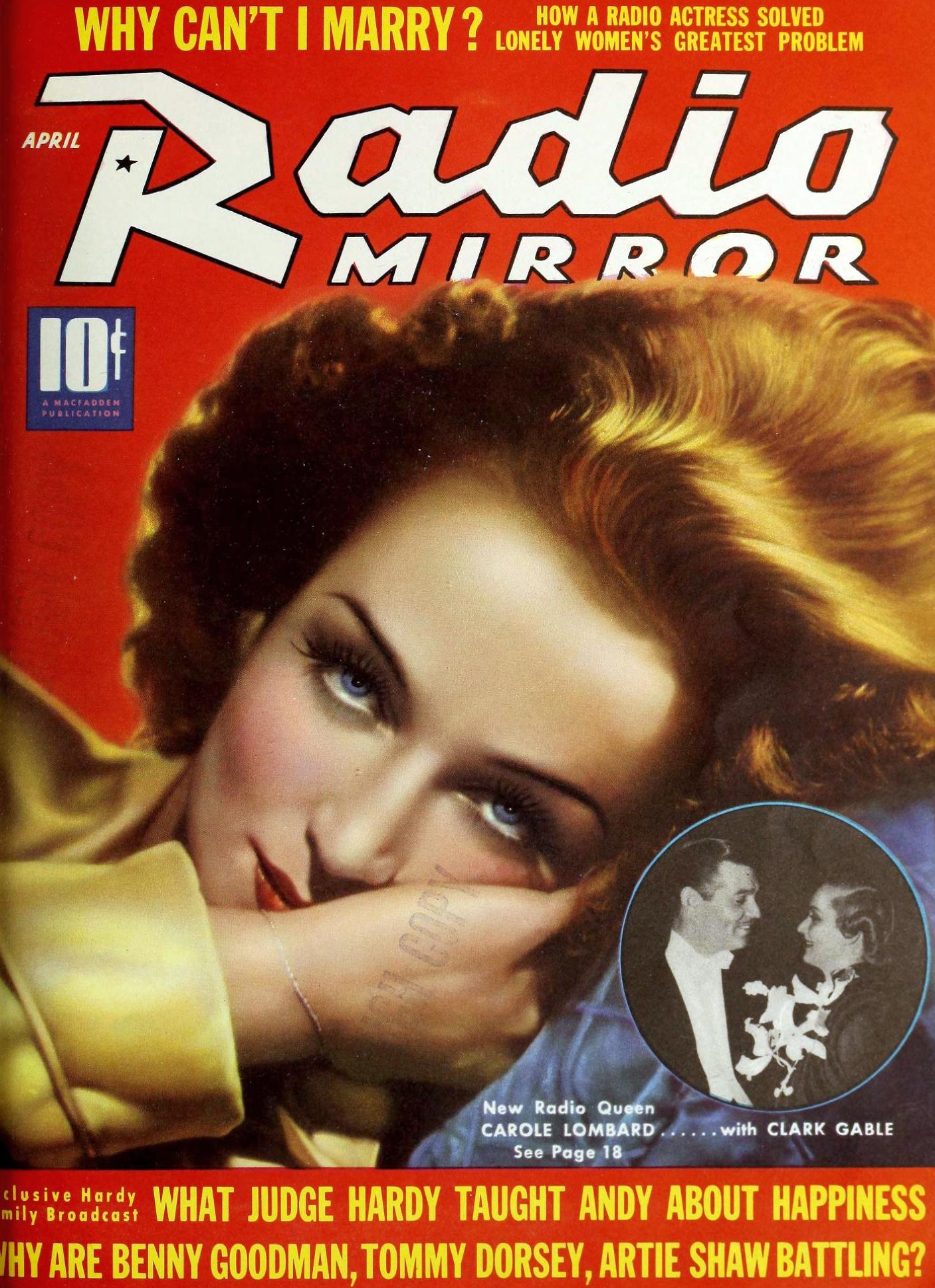 Inside, it ran a lengthy piece called "Lombard Unlimited": 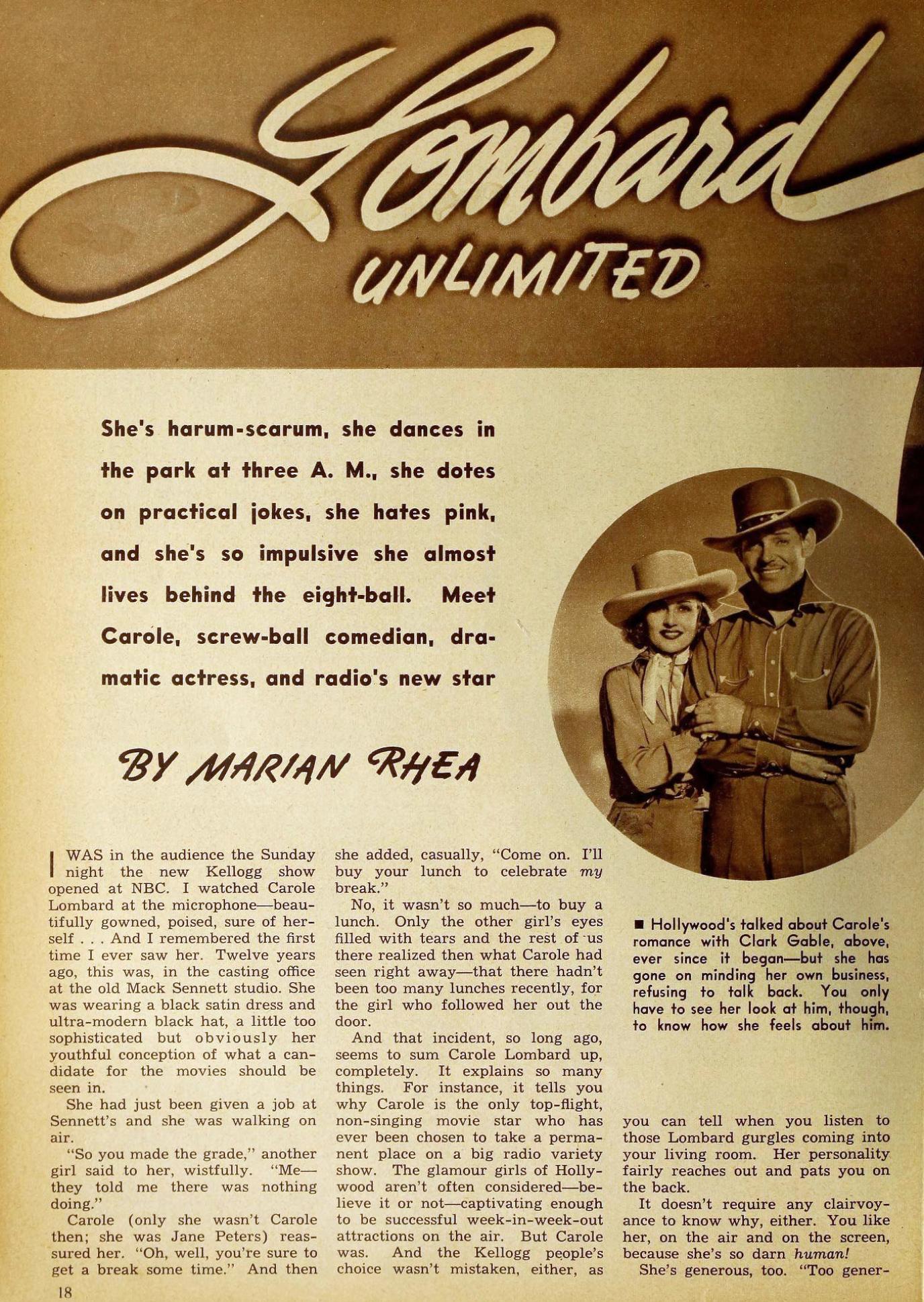 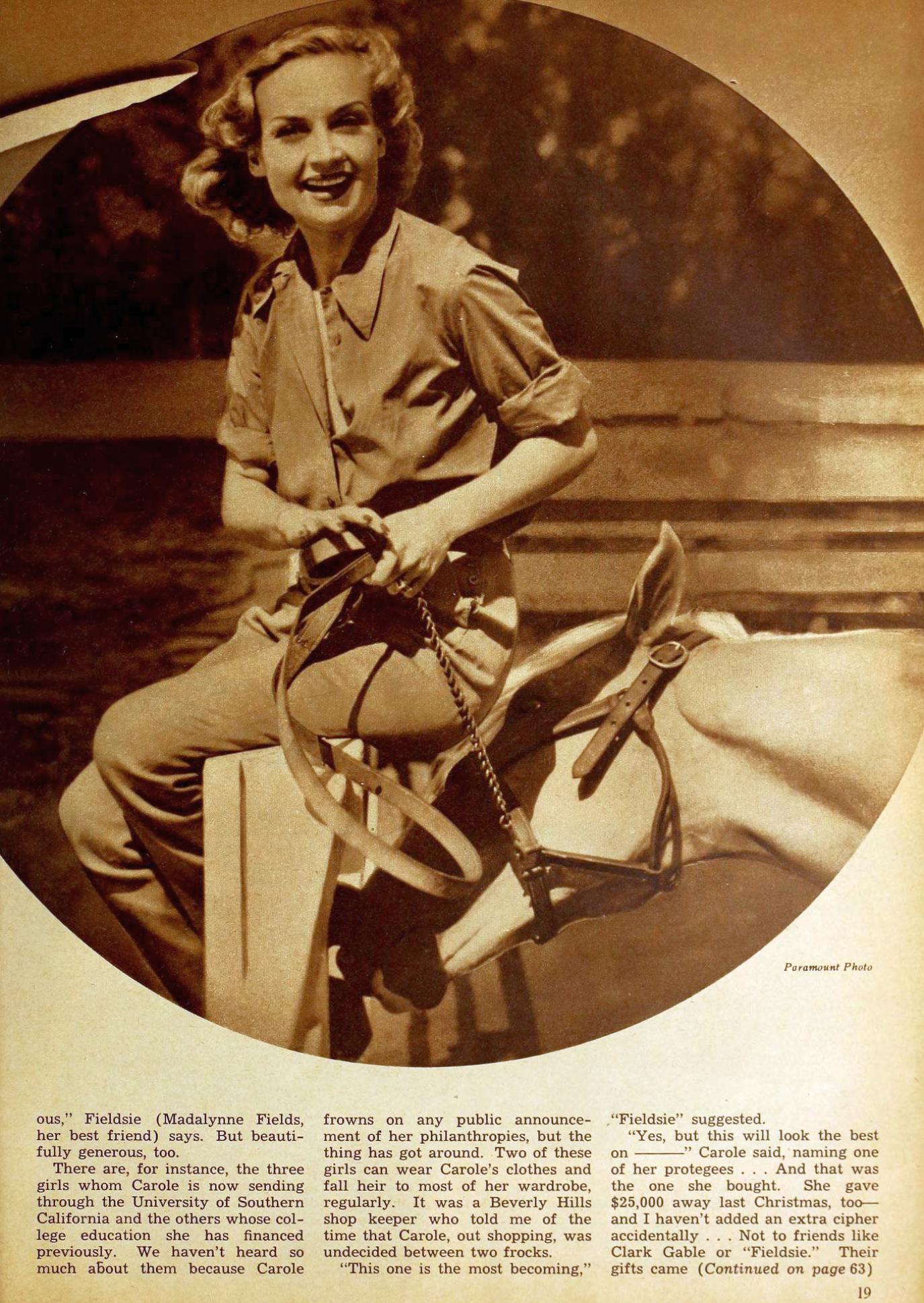 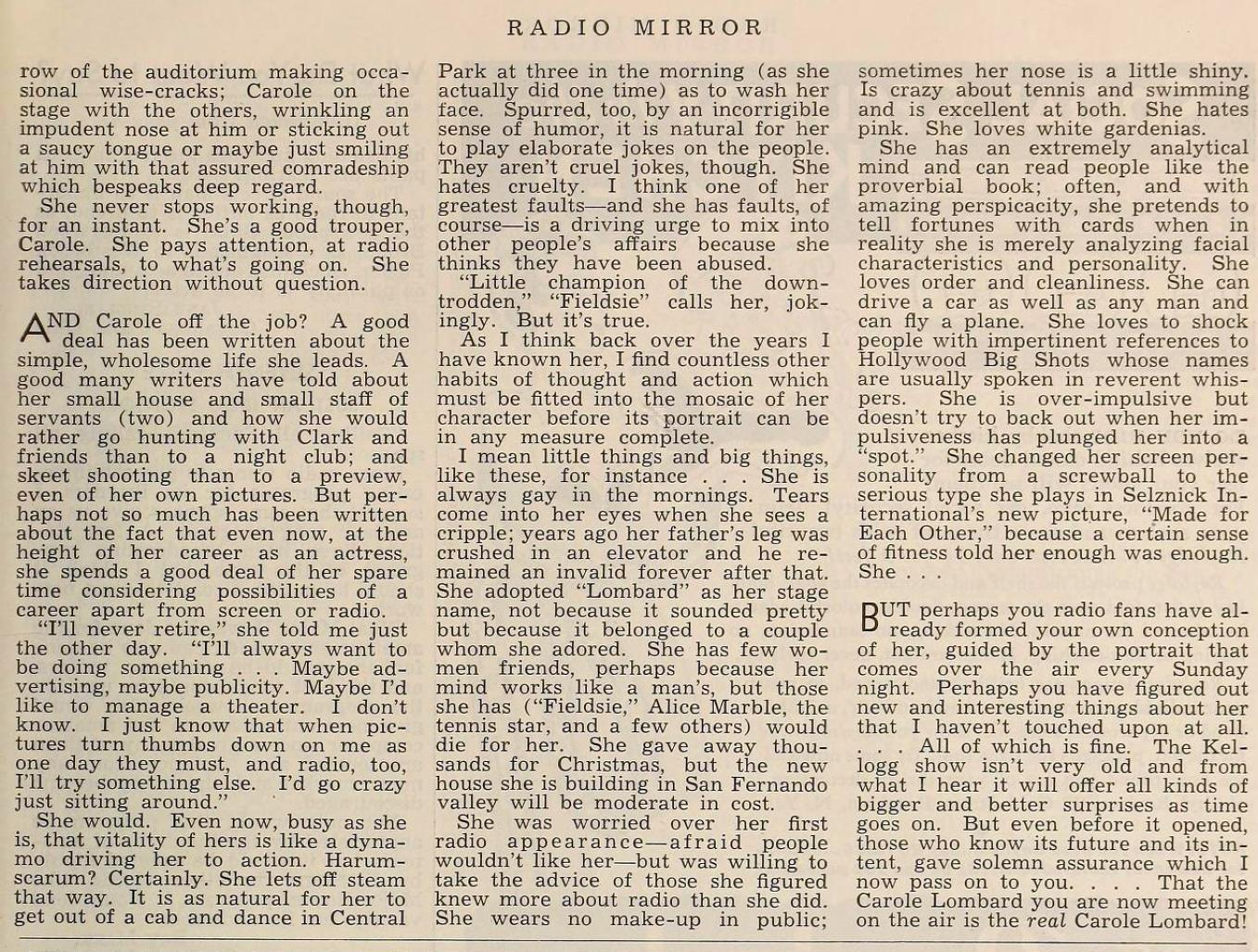 Lombard wouldn't marry Clark Gable until late March, after the magazine had hit newsstands, so that wasn't the problem. What made Radio Mirror look foolish was that at the time of the issue's release, Carole was no longer associated with radio -- at least, not as part of a regular program. The "queen" had quickly abdicated.

NBC launched "The Circie" in January with an all-star cast -- Lombard, Cary Grant, Groucho and Chico Marx, Ronald Colman and Lawrence Tibbett, just a couple stars sitting around talkin', albeit scripted to the utmost and avoiding any discussion at all that might cause controversy. (Imagine "The View" with a panel of both genders, only castrated.) Placed in a prime time slot -- 7 p.m. (Eastern) Sundays -- NBC and its sponsor, Kellogg's Corn Flakes, thought they were serving up a winner. Instead, the product was as soggy as corn flakes left in milk too long, and it turned out to be one of the biggest disasters network radio had seen to that time.

Sensing a sinking ship, Lombard left the program several weeks after it premiered -- too late for Radio Mirror to pull back or edit the story -- and soon, other cast members did likewise. Failing to live up to the early hype, NBC let "The Circle" gradually and quietly expire that summer. However, if you can get past the failure of the series and the premise that Carole was "radio's new star," the story is a good one with several charming anecdotes and some long-unseen pics (such as Gable and Lombard posing in western wear, the outfits they wore at one of William Randolph Hearst's costume parties). There also are a few errors (e.g., Carole attended Fairfax High School, not Los Angeles High).

"The Circle" was part of another section of the April '39 issue, a column called "What's New From Coast To Coast," which gave a behind-the-scenes view of the action, short-lived as it was:

As things turned out, Groucho was right.
Collapse