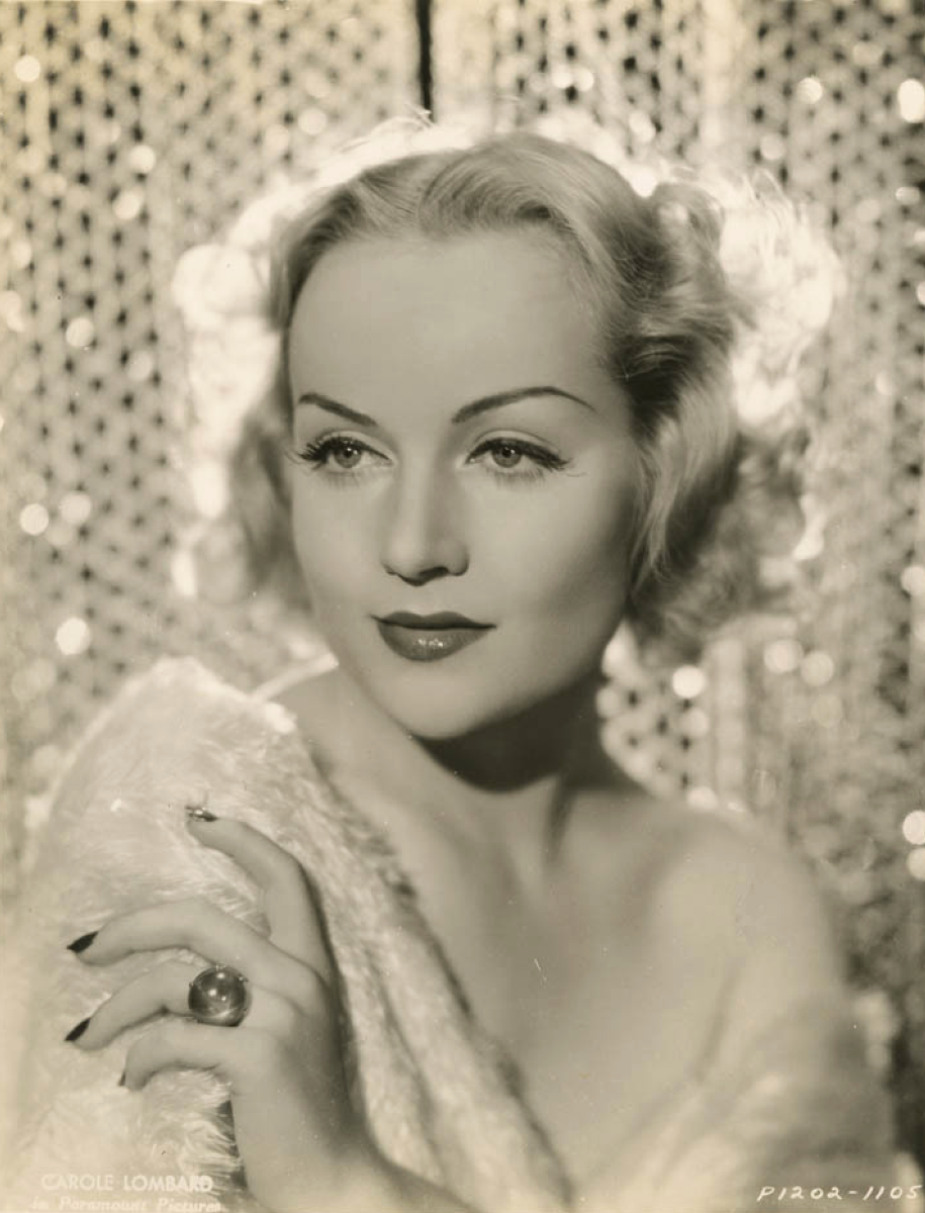 Carole Lombard's effect on men was magical. It wasn't solely because of her ethereal beauty, though that certainly played a part. But there was also genuine intelligence behind those remarkable looks, an interest in people and in life, that simply left males who knew her in awe, as if she were a larger-than-life Olympian goddess who somehow decided to consort among mere mortals.

We get a sense of this near-worship through a remarkable story from Modern Screen magazine, an item I just purchased via eBay. I don't know specifically which issue it's from, since it's a clipping and Modern Screen doesn't have an online presence as of yet, but from references to the Lombard film "Rumba," as well as the Loretta Young film "Clive Of India" and Barbara Stanwyck's "The Woman In Red" on opposite pages, it looks to be from the first few months of 1935.

The story is called "Why One Man Loved Her," and it's written by a man named Dell Hogarth. Its subject is a man named Jim, who is said to have been "in love with Carole for nearly five years; so hopelessly in love that he couldn't endure the ordinary friendship which she desired." As a result, he decided never to set eyes on her again, moved to New York, then returned to Los Angeles more than two years later on a business trip. He meets Hogarth at the El Rey, a local nightclub, when lo and behold, who should walk in but Lombard, squiring her latest beau. Jim saw her, wanted to leave, but couldn't. Then he tried to tell Hogarth why he cared so much for her.

I should note that near the end of this piece, we learn that Jim was not the man's real name. For all we know, Hogarth may have written this about his own feelings for Lombard, or even that Hogarth was a pseudonym (a Google search revealed nothing written by anyone with that name -- in fact, no one with that name at all). Whatever the real story may be, and likely it's one we'll never know, it's a delightful description of Carole's verve and vivacity, and why men who Lombard wanted to be friends with yearned to be so much more. 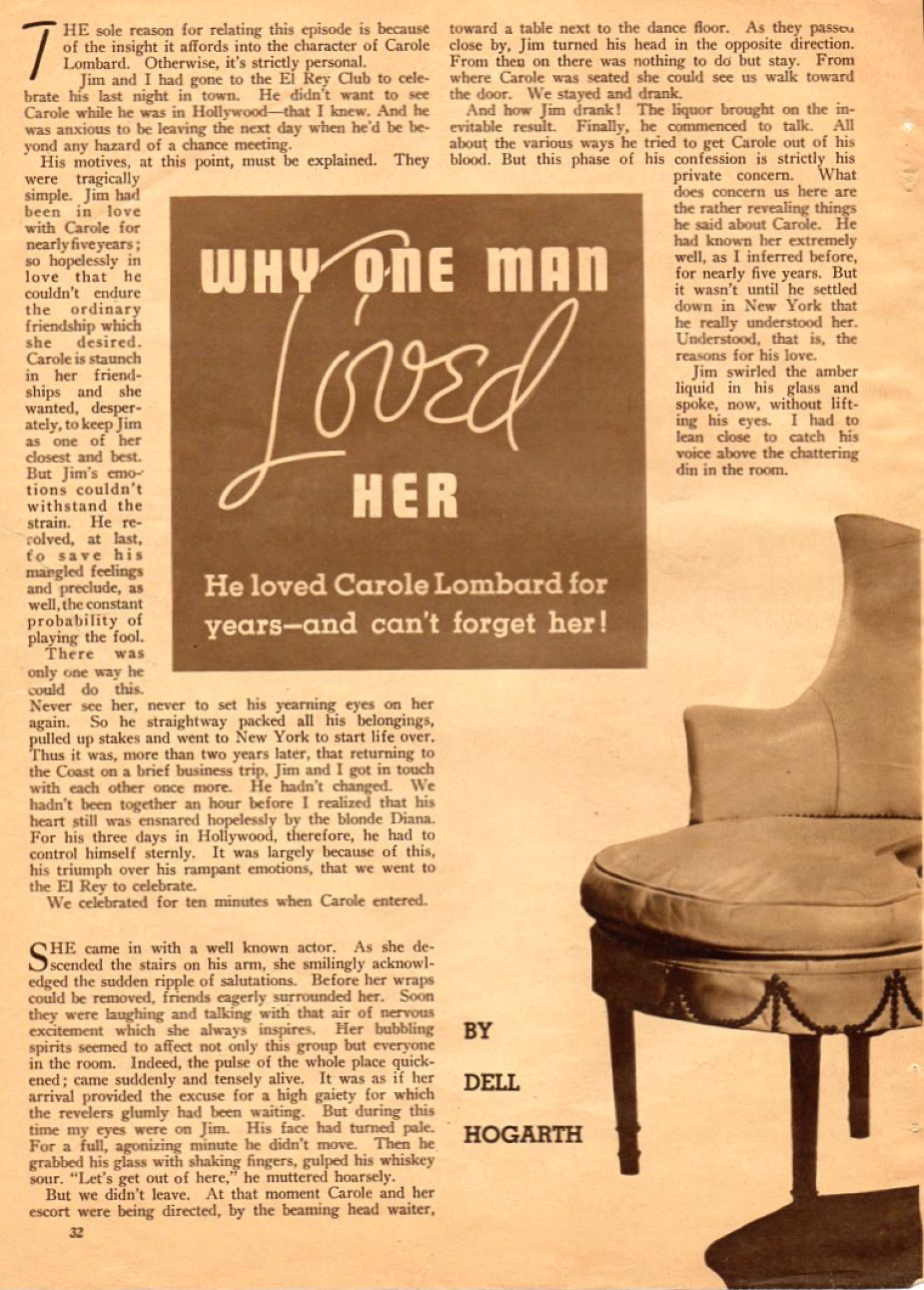 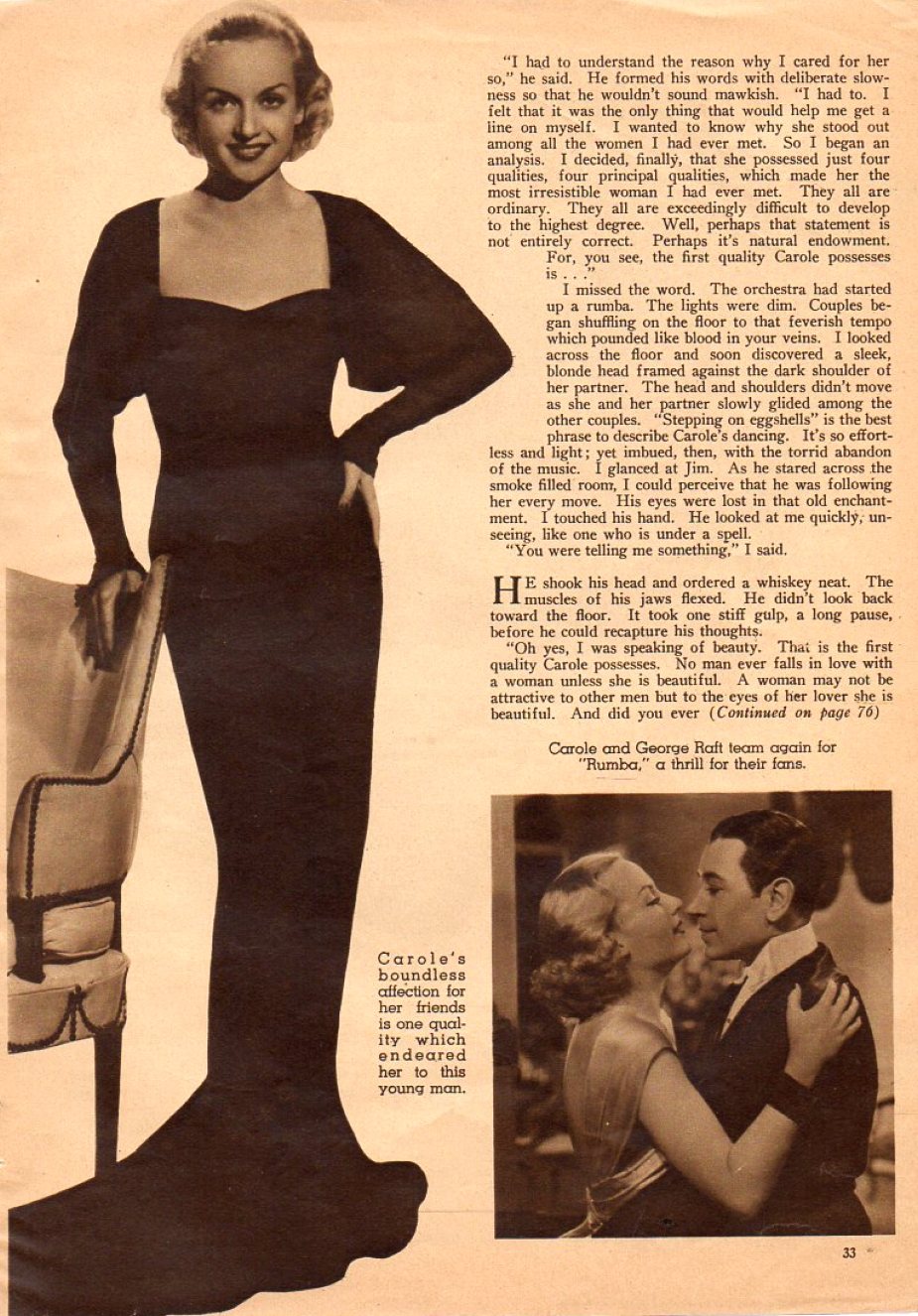 "And then -- what is it the French say? -- she has the joie de vivre. She enjoys every moment of life. She won't permit herself to worry. Each day, for her, is too full of possibilities to allow one precious minute for worry or regret. And I guess she'll be that way when she's sixty years old. Always a kid, eager for tomorrow's adventure."

Sadly, we can only imagine what Carole Lombard in 1968 would have been like. 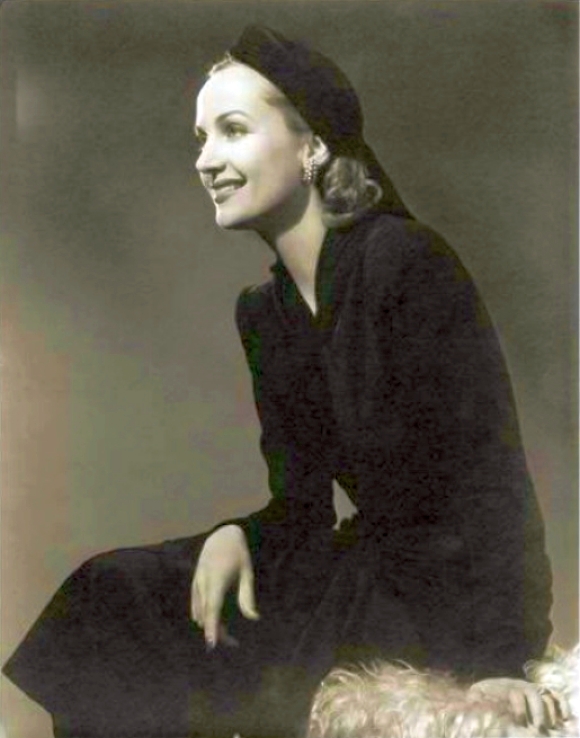