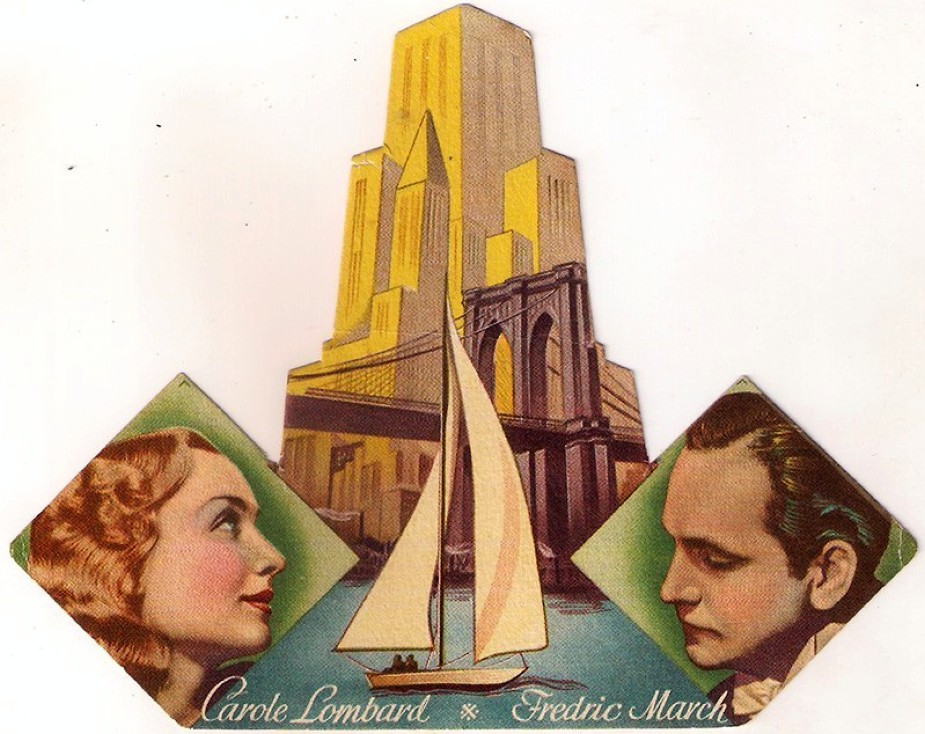 For sheer artistry, it's hard to top this image of Carole Lombard and Fredric March, profiles flanking one of a skyscraper, in this herald for "Nothing Sacred" -- although the back of this makes an excellent attempt: 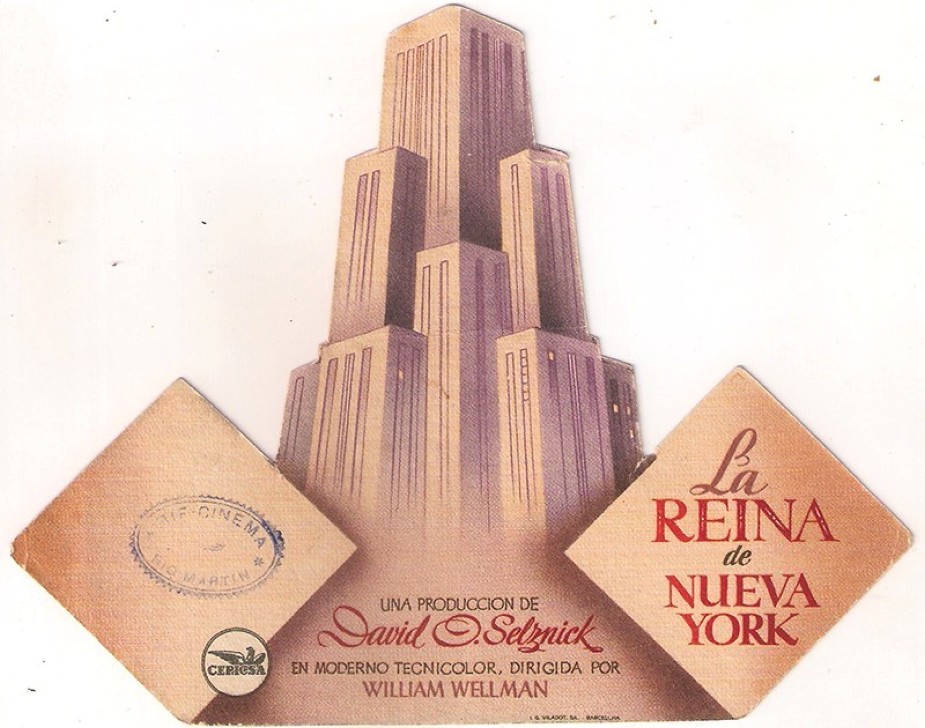 Here, the film is called "La Reina de Nueva York" ("The Queen Of New York"), and this was for its release in Spain. (No specific Spanish release date is listed at IMDb -- remember, the Spanish civil war still was going on -- but the movie premiered in adjacent Portugal and France in February 1938, three months after its American debut.)

This is one of three double-sided heralds available at eBay from a Spanish seller; it measures just under 5" x 6". You can buy it for $14.99 at http://www.ebay.com/itm/NOTHING-SACRED-CAROLE-LOMBARD-FREDRIC-MARCH-SPANISH-HERALD-MINI-POSTER-/400543335896?pt=LH_DefaultDomain_0&hash=item5d423e45d8.

As for the remaining two, one is for "My Man Godfrey" ("Al Servicio De Los Damas"), and note the reference to "Nueva Universal," as the studio was promoting its new ownership after buying out Carl Laemmle earlier in 1936... 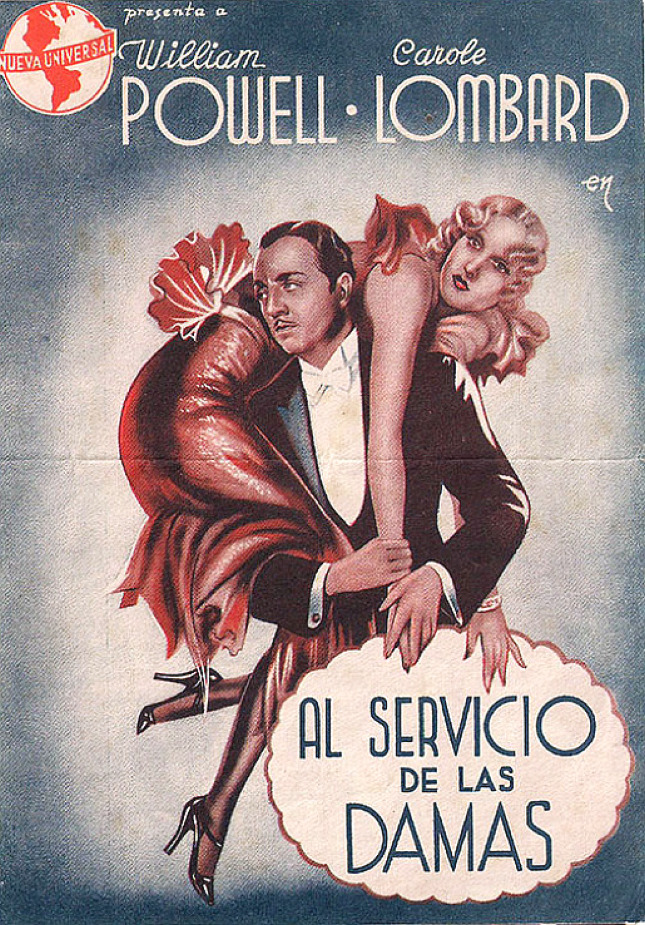 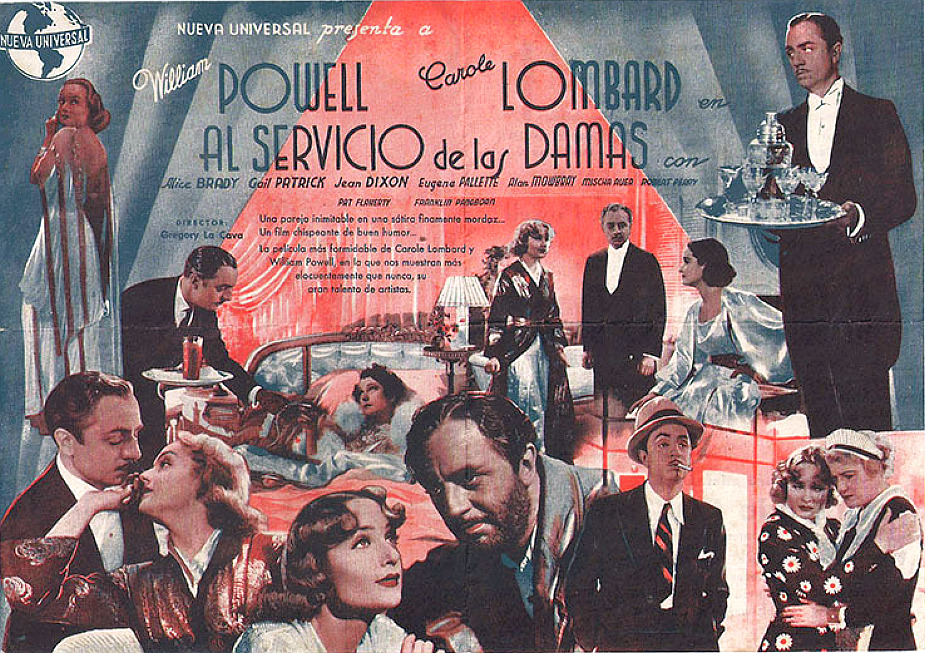 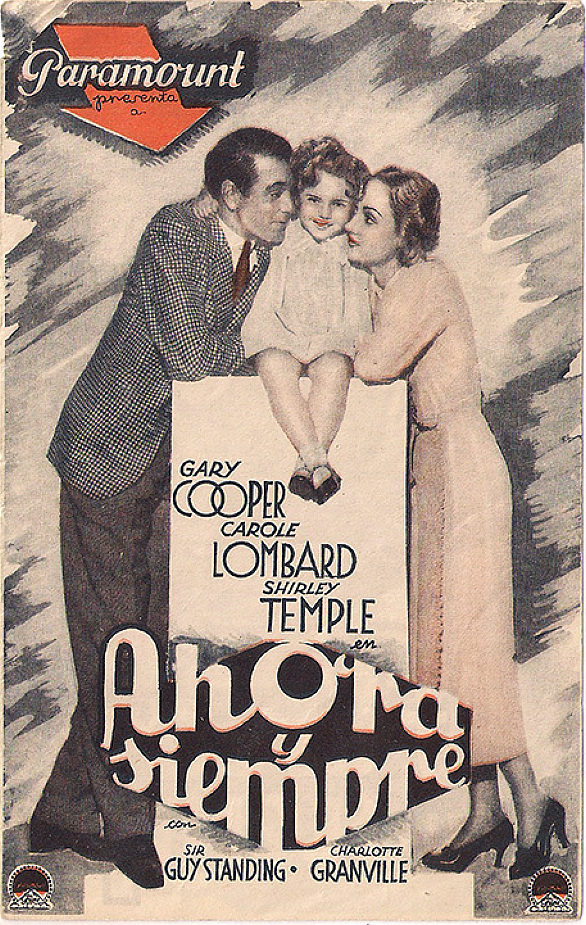 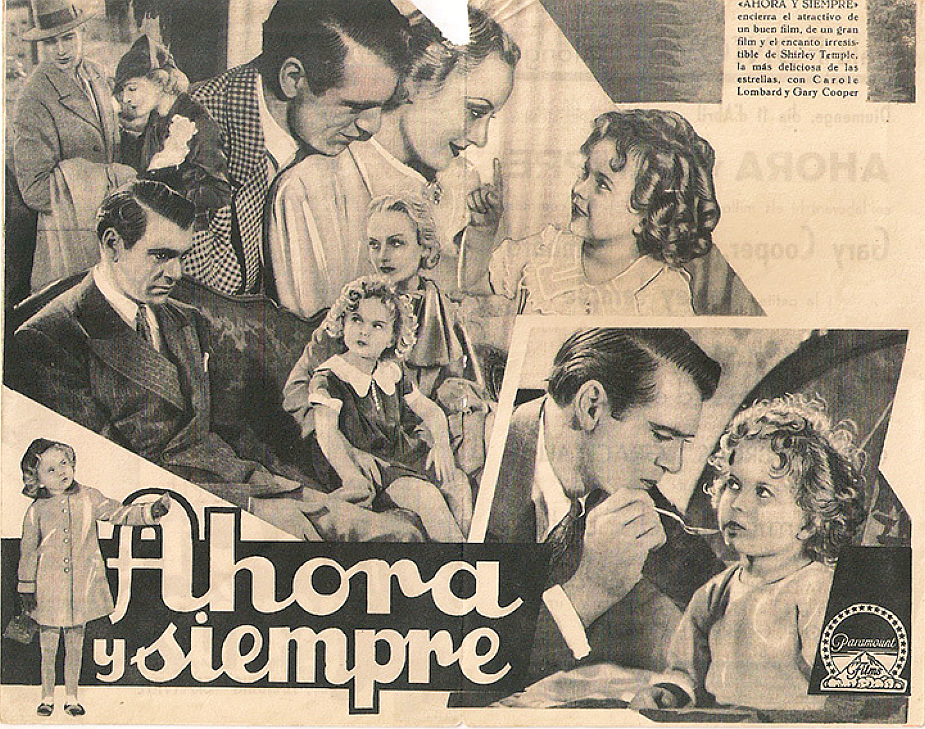