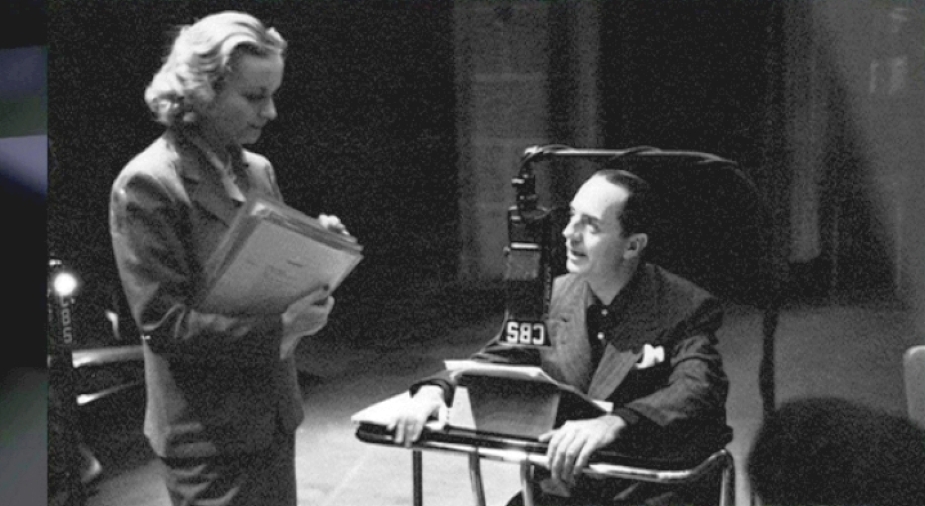 That's Carole Lombard rehearsing with ailing ex-husband William Powell in May 1938 for the "Lux Radio Theater" adaptation of their hit film "My Man Godfrey." It would be Carole's debut on the series, nearly two years after "Lux" had left New York, where it had originated in 1934, for the West Coast.

The shift west, made after reductions in transcontinental land-line costs made coast-to-coast broadcasts more economically feasible (http://carole-and-co.livejournal.com/3807.html), transformed "Lux" from a middling Sunday afternoon series of Broadway play adaptations into a Monday night powerhouse for CBS. The sponsor, Lux soap, had used endorsements from Hollywood stars (Lombard among them) in magazines and newspapers for several years, and the synergy from radio made the brand all the more popular.

It was a win for Lux and a win for the stars whose voices were heard, as they received $5,000 for each appearance. But there was one potential loser...theater exhibitors. They had seen something like this in 1929, when a radio series called "Amos 'n' Andy" became so popular that some theaters that had just been equipped for sound shut down operations for 15 minutes each weeknight and piped in the program so audiences could listen. Now, the threat came not from a new medium, but the biggest personalities of its own. Any wonder some theater owners were nervous?

Not long after the Hollywood version of "Lux" premiered on June 1, 1936, Radio Mirror -- the radio equivalent of movie fan magazines -- examined the threat, although they couched it in the context of "topic A." Gracie Allen was on the September cover: 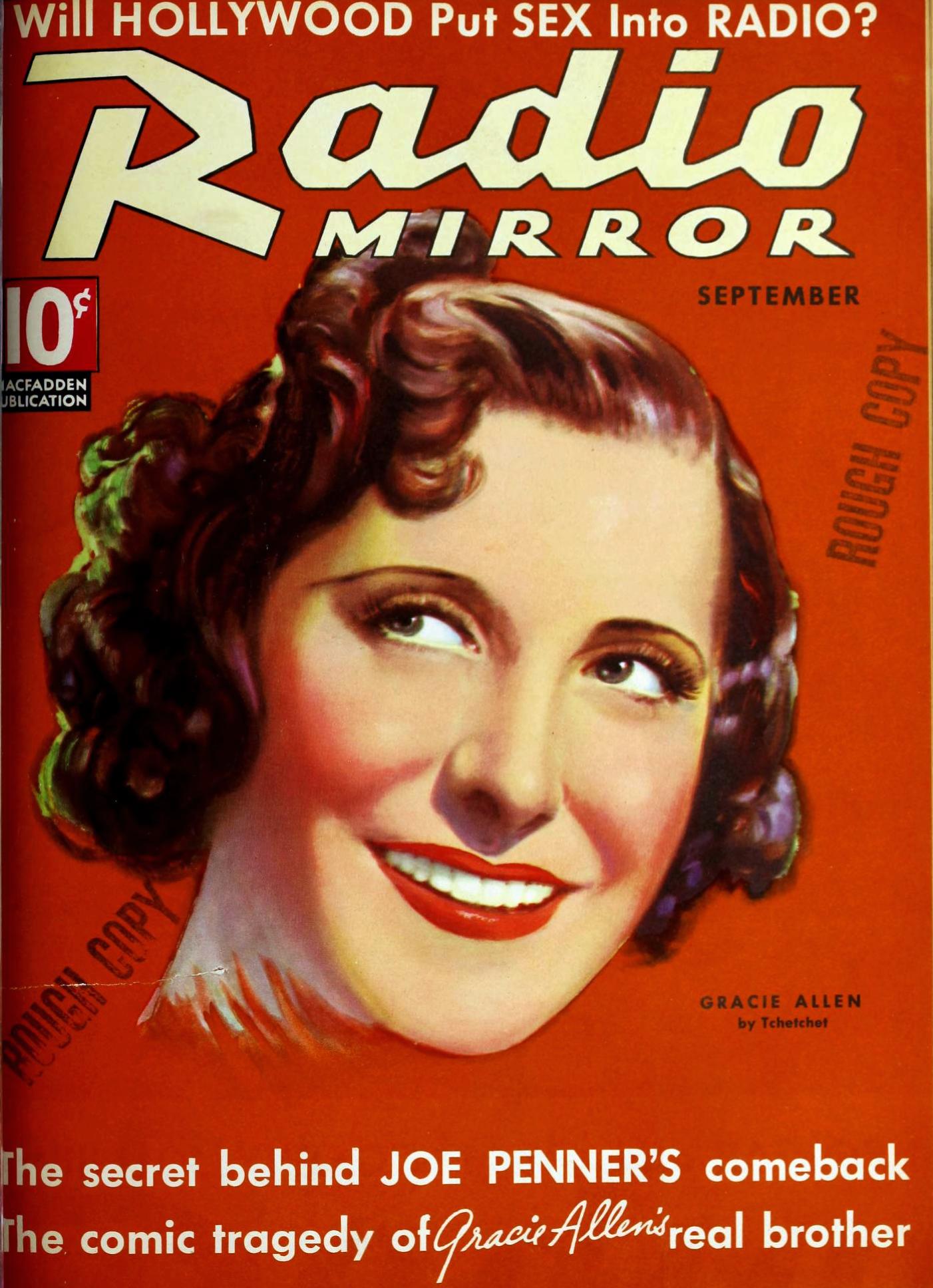 So, "Will Hollywood Put Sex Into Radio?" 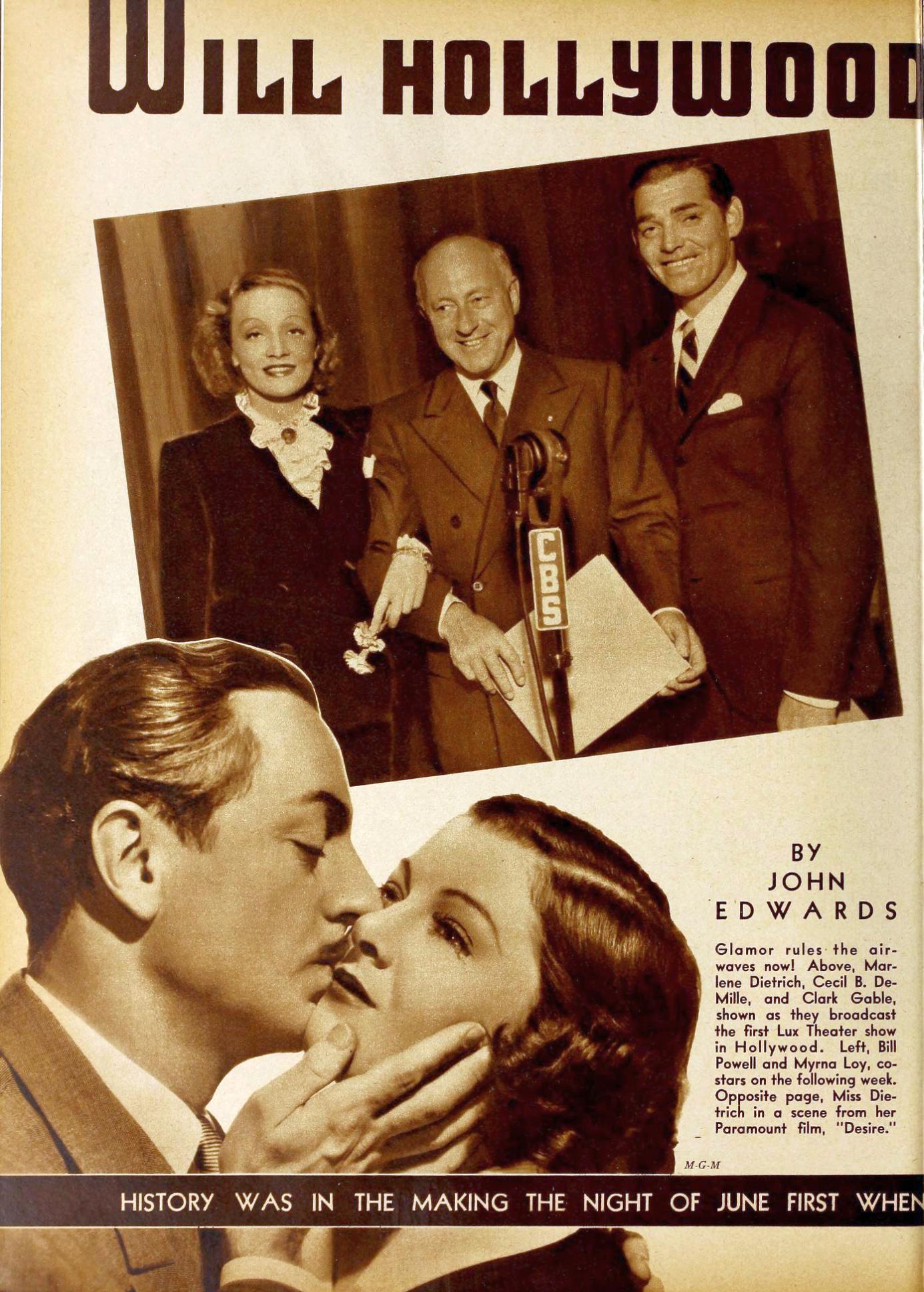 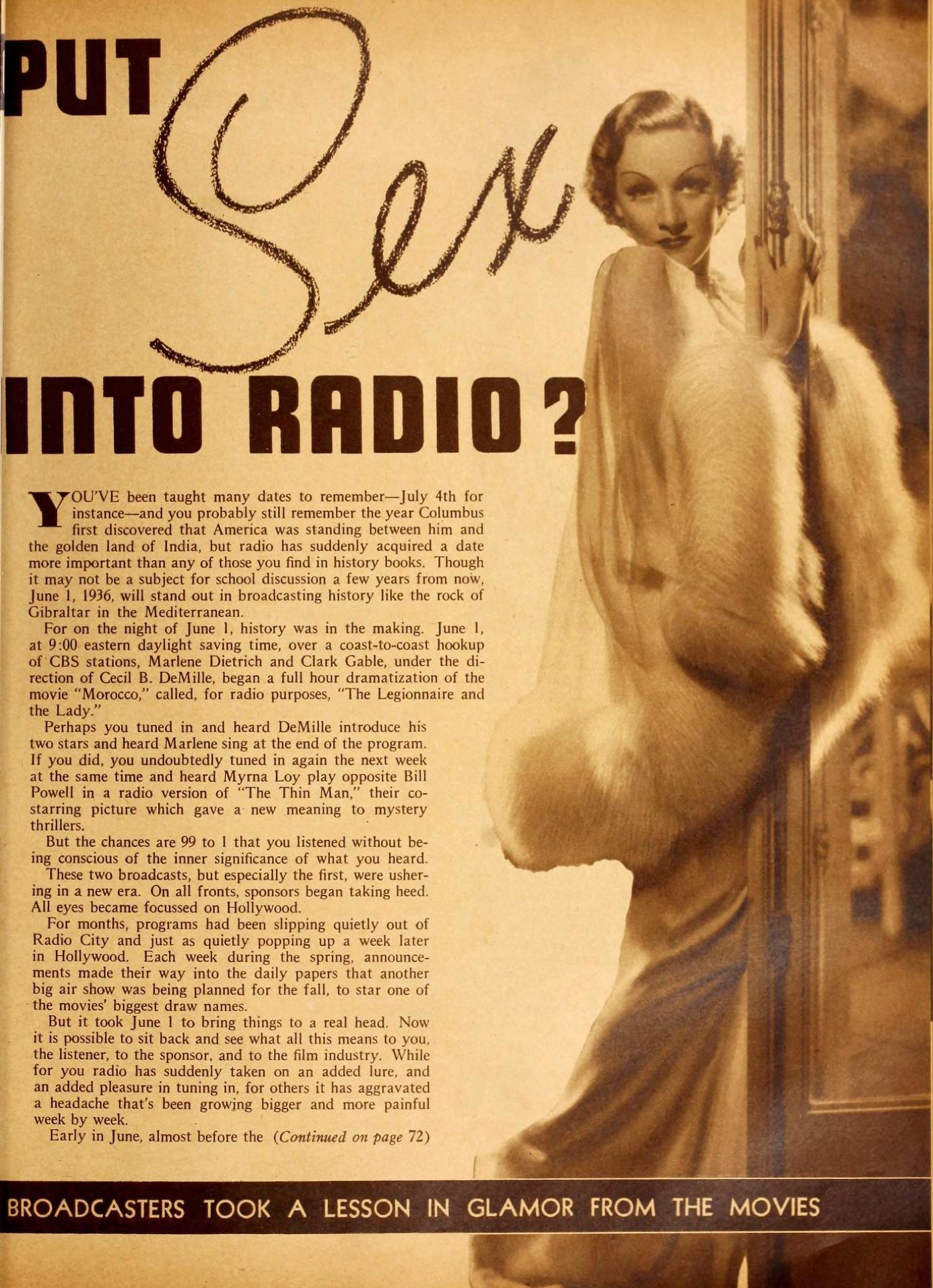 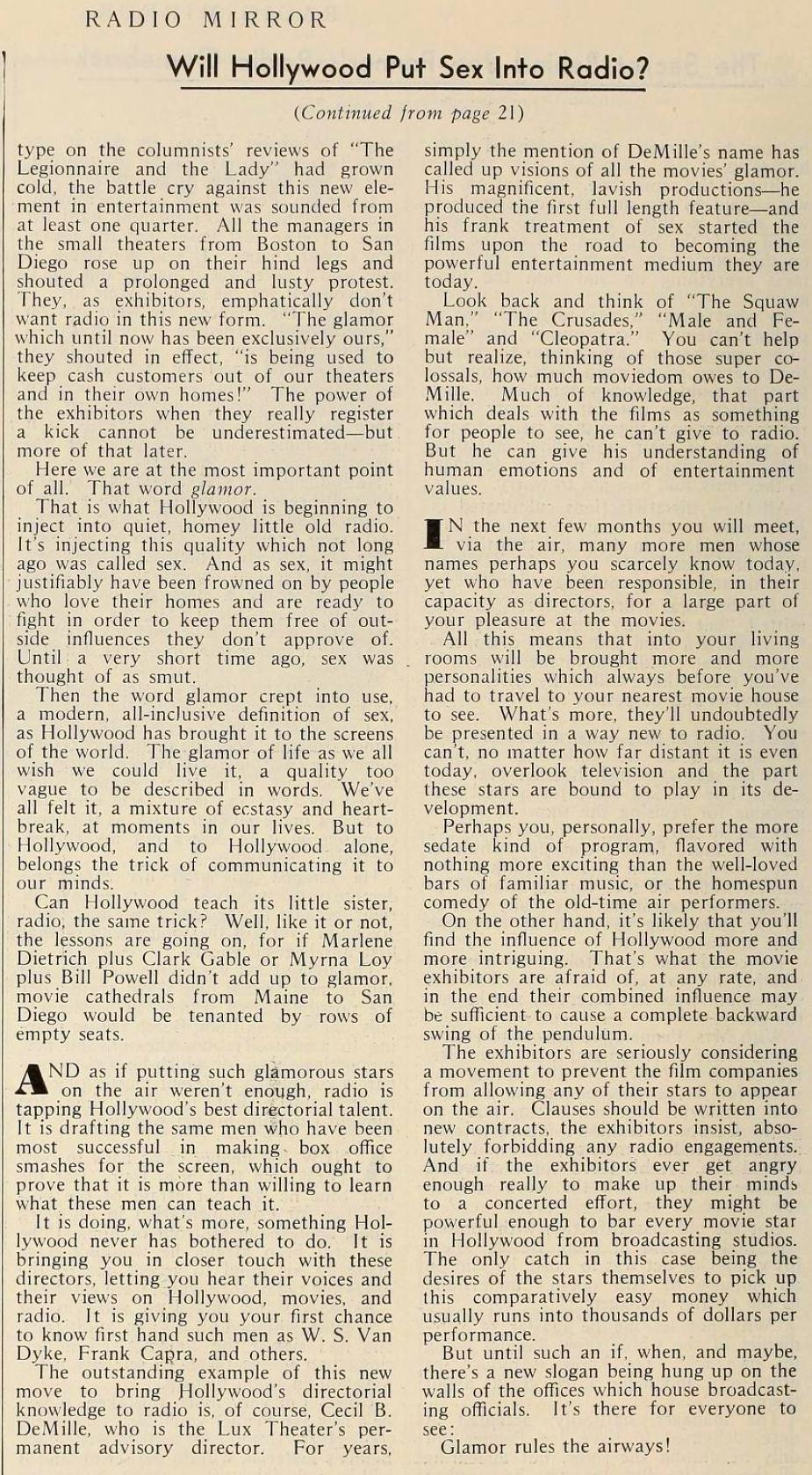 The glamour that hithereto had been the exclusive domain of the movies had now been duplicated to radio, a medium which unlike film could be enjoyed with the confines of your home, for free. Okay, so Marlene Dietrich's glamour was completely in her voice; her exquisite legs couldn't be projected upon the living-room wall for women to admire or men to ogle. But you could picture Dietrich and Clark Gable, or Powell and Myrna Loy, in the theater of your mind...and exhibitors couldn't charge admission for that.

Moreover, the public finally got a chance to hear some of the other notables of the industry discuss life in the movies. In the past, we've noted that Cecil B. DeMille, titled the "director" of "Lux," was little more than a host, as he didn't have much to do with the actual presentation of the film adaptations. At the same time, however, DeMille had a keen mind -- one of the reasons his movies did so well for so many decades; he was a superb storyteller -- and an item in the November 1936 Radio Mirror indicates this new medium had struck a chord in his curiosity: 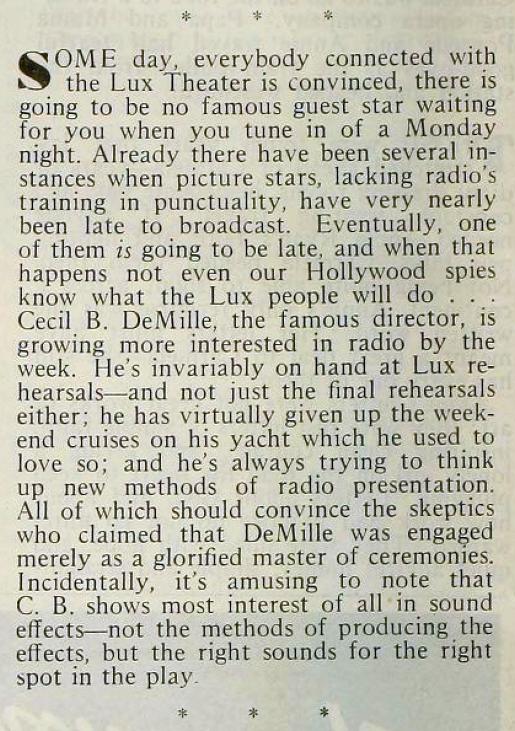 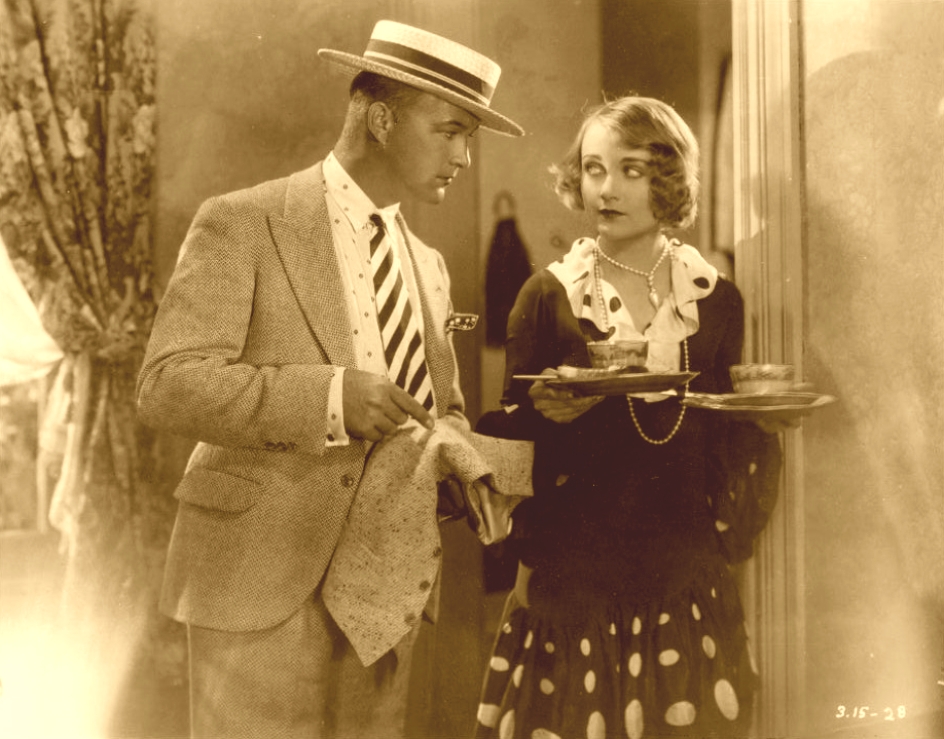 There's some bad news and some good news for those planning to attend Capitolfest in Rome, N.Y., on Aug. 9 to 11 (where this year's featured star is none other than Carole Lombard!). The bad news first: The festival was planning to run her 1928 silent "Power" (a still of which is seen above) at 7:20 p.m. Friday, Aug. 9, but just received word that the print is unavailable.

Now the good news: Capitolfest plans to substitute another Lombard film in that timeslot...and it's up to the public to select one of two candidates.

For silent fans, there's another Pathe product from '28, "Show Folks": 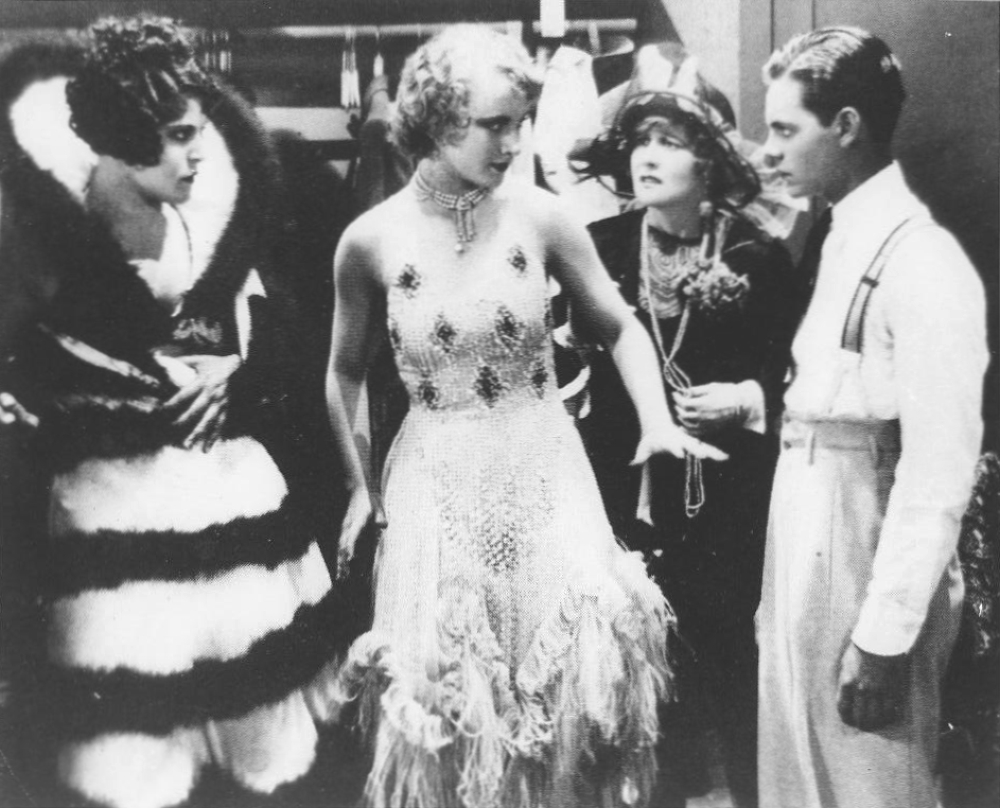 This ran at Capitolfest a few years ago, and it would be accompanied by Dr. Philip Carli on the organ.

Prefer the talking Lombard? You can vote for the 1930 "Fast And Loose," the only movie she ever made at Paramount's Astoria studios in Queens, N.Y.: 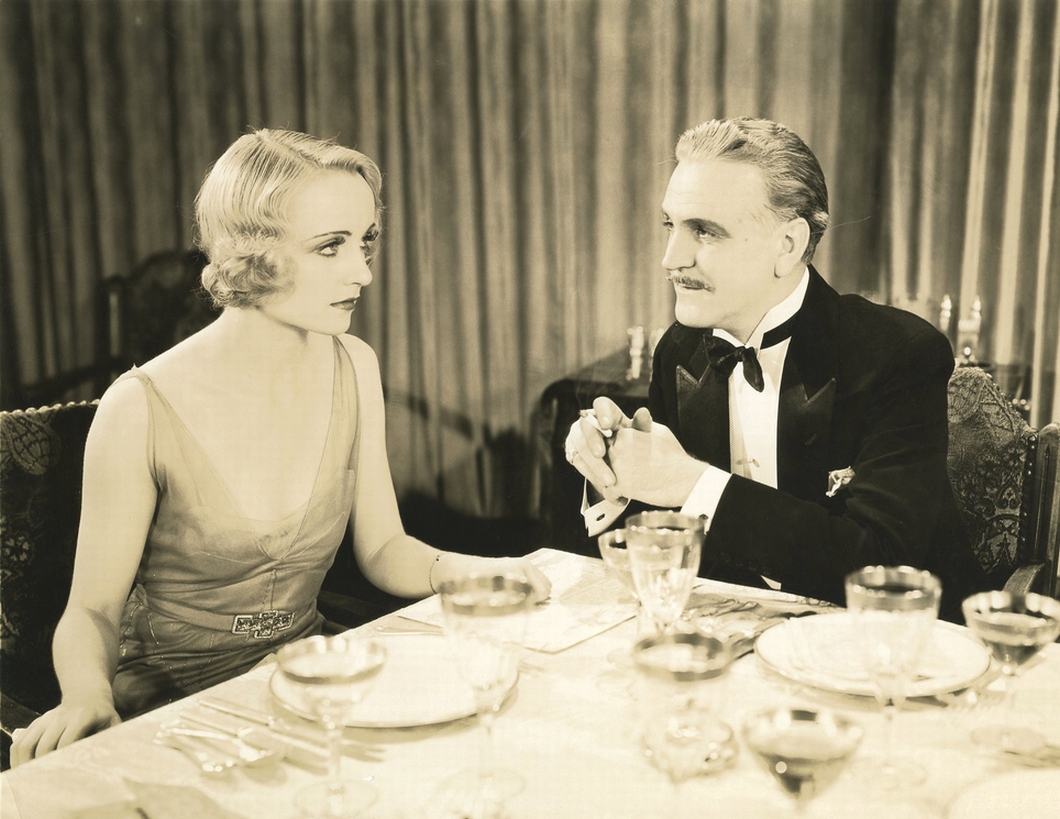 Both films are available in 35mm prints. (In addition, the winner follows Lombard's 1928 Mack Sennett short, "The Campus Vamp.") 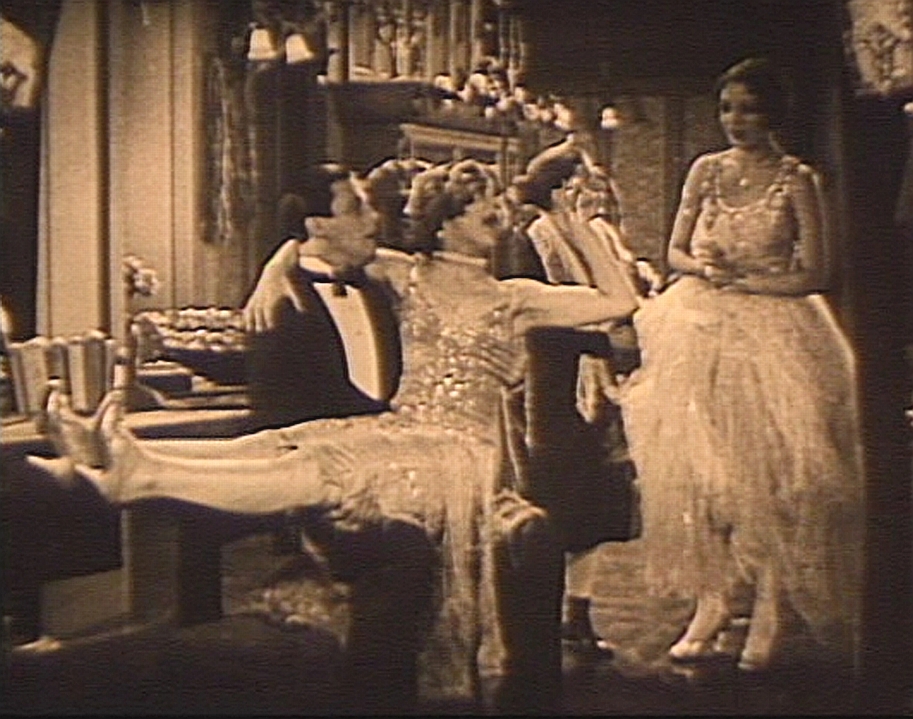 Want to learn more about the festival, which consists of three days' worth of silents and early talkies? Visit http://www.romecapitol.com/capitolfest.html.
Collapse