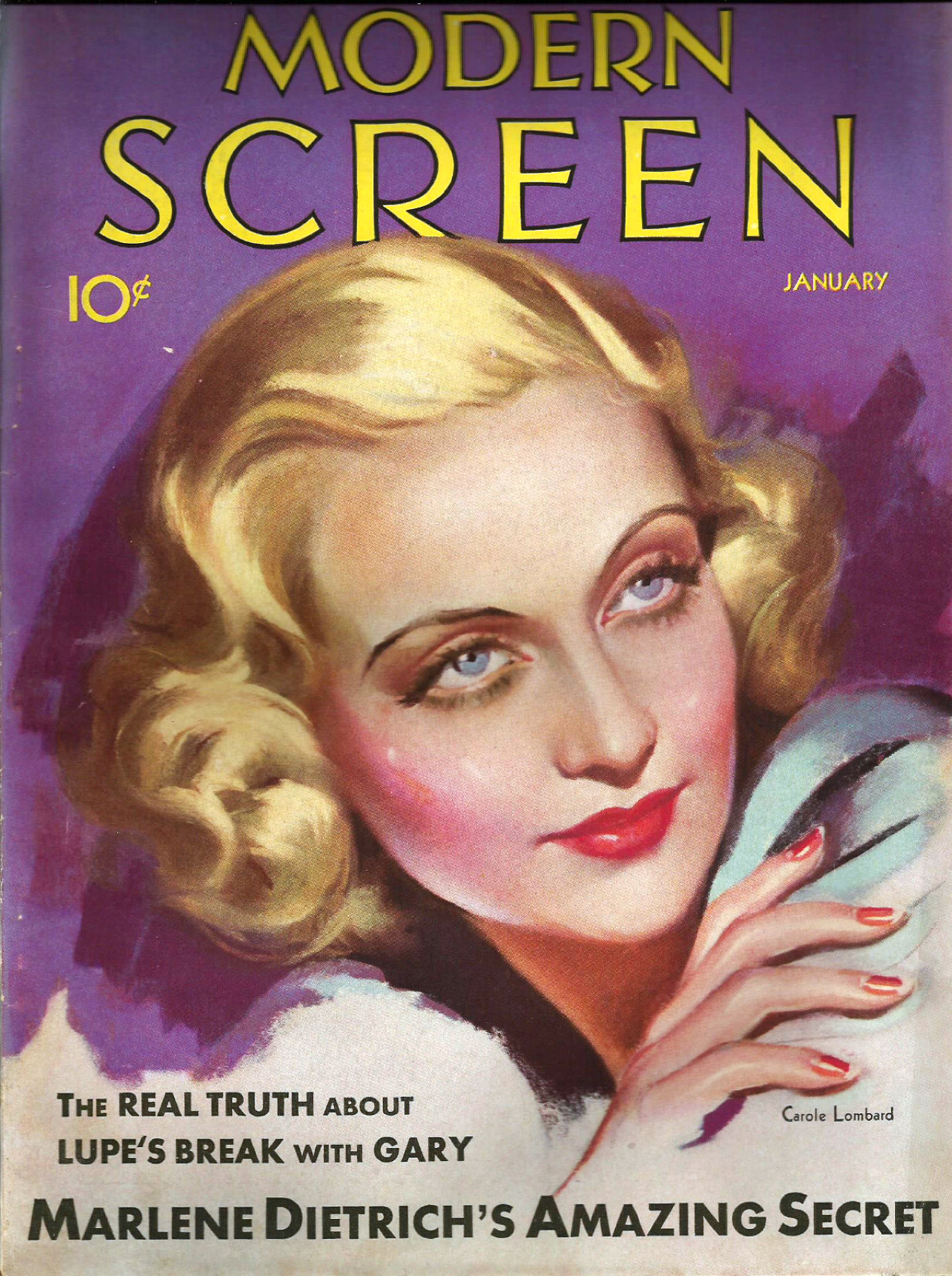 It's nice to remember every now and then that we're not infalliable. My latest lesson in learning humility comes from the Carole Lombard cover above, from Modern Screen magazine. I have seen this attractive portrait of Lombard in the past, listed as coming from its January 1931 issue (as it is by this seller), and had always thought it to be thus. However, unlike past images of the cover, this one's accompanied by pictures of inside pages, leading to some questions. For example, here's the table of contents: 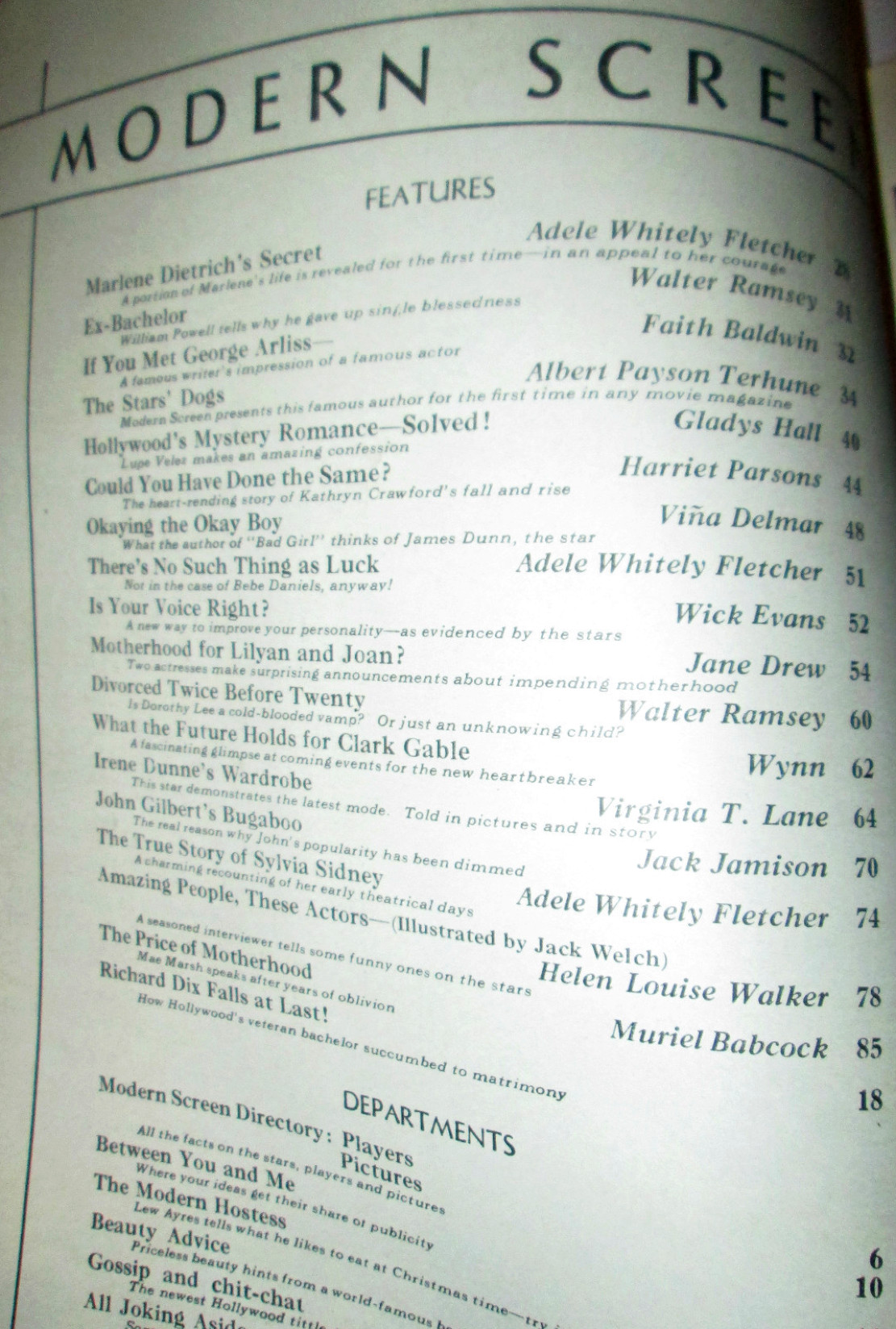 There's a reference to "Bad Girl," a film that wasn't released until August of '31. At the top, you can see an item about William Powell; according to the seller, the story is called "Ex-Bachelor," as Powell explains "why he gave up single blessedness." Unless there was a quickie marriage overlooked by Powell biographers, this refers to his wedding to Lombard, which didn't take place until late June of '31. And the clincher is a story on Carole's eventual second husband, "What The Future Holds For Clark Gable." At the time a January 1931 issue would have been published, Clark was known only to central casting; the first of the dozen 1931 pictures for which he would have credited roles, "The Painted Desert," wasn't released until early that March.

Need further proof? Investigate the history of Modern Screen magazine, part of the Dell publishing group. Its first issue was dated November 1930, with Kay Francis on the cover...but note how the magazine was labeled: 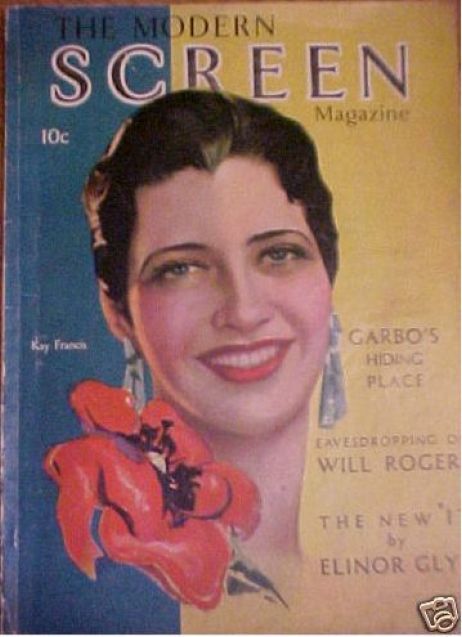 It's called The Modern Screen Magazine (a la one of its newsstand rivals, The New Movie Magazine). Find it hard to spot that one word? Here's a better example...the real January 1931 issue, with Joan Crawford on the cover, followed by the February and March issues featuring Constance Bennett and Janet Gaynor: 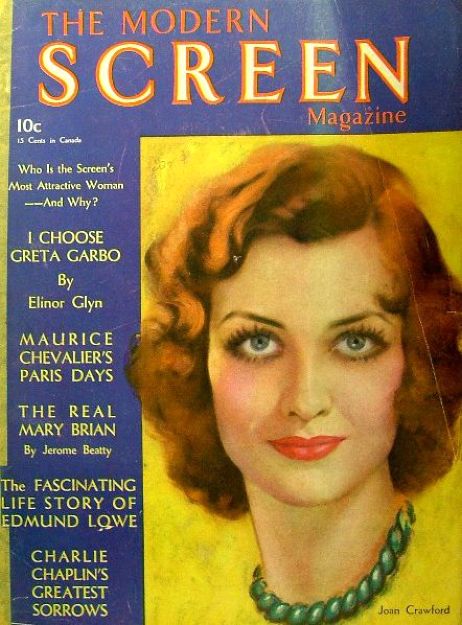 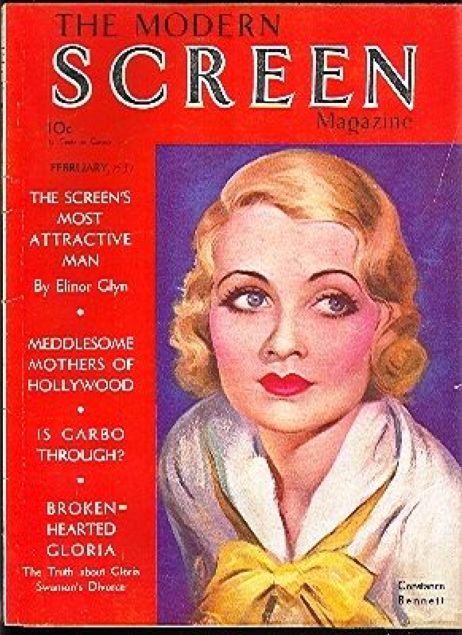 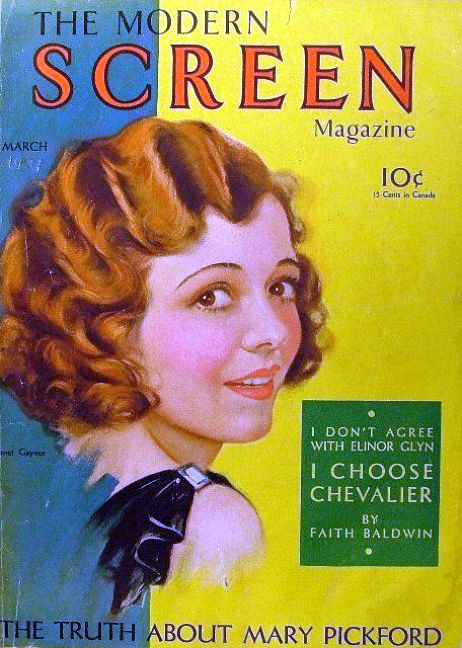 The cover didn't eliminate the "The" (and "Magazine") until later in the year, as this October 1931 issue with Dorothy Mackaill makes evident: 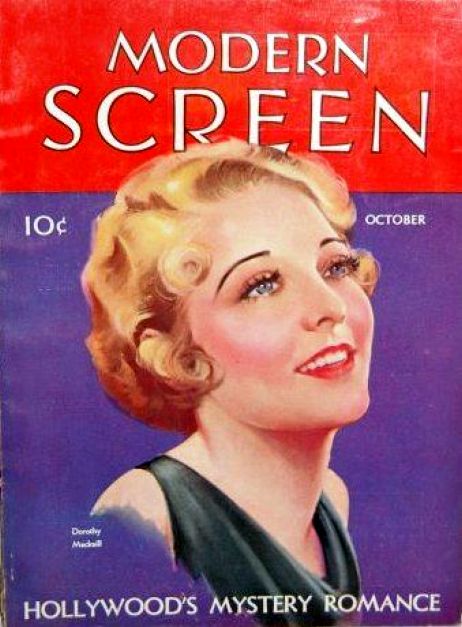 It's therefore obvious that the Lombard cover is from January 1932, not '31. Still unconvinced? Here's an ad for a movie on the page opposite the table of contents: 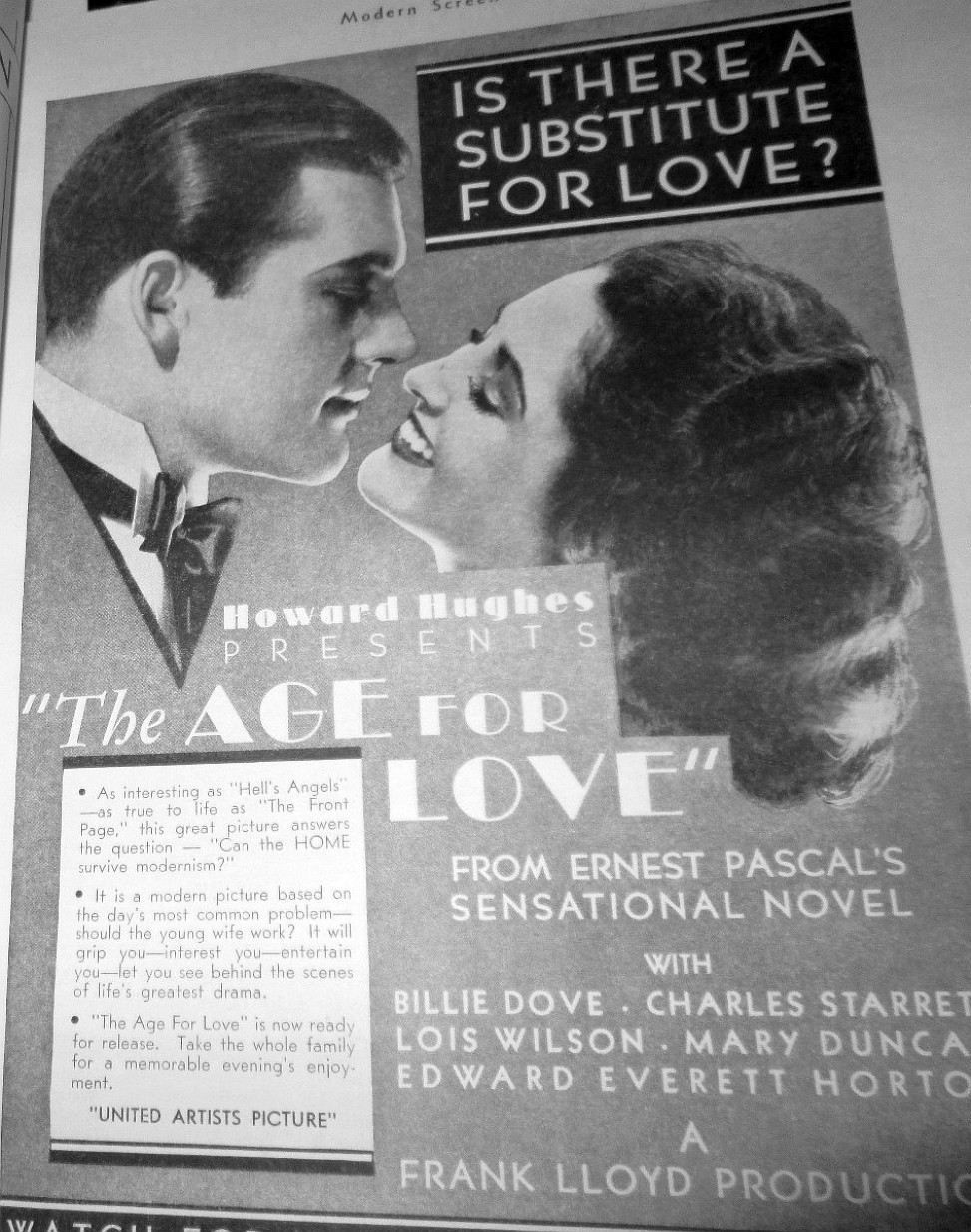 Never heard of "The Age For Love"? It's a lost film, despite being released by Howard Hughes' Caddo Company, and was released in October 1931.

This issue's listed in "acceptable" condition (slight wear, slight spine split, small tears on some pages), and can either be bought straight up for $29.88 or you can make an offer. Interested? Go to http://www.ebay.com/itm/Modern-Screen-January-1931-Vintage-Hollywood-Cinema-Magazine-Carole-Lombard-/300937098993?pt=Magazines&hash=item46113fb6f1. Oh, and ignore the date listed -- he or she selling this didn't know, either.
Collapse