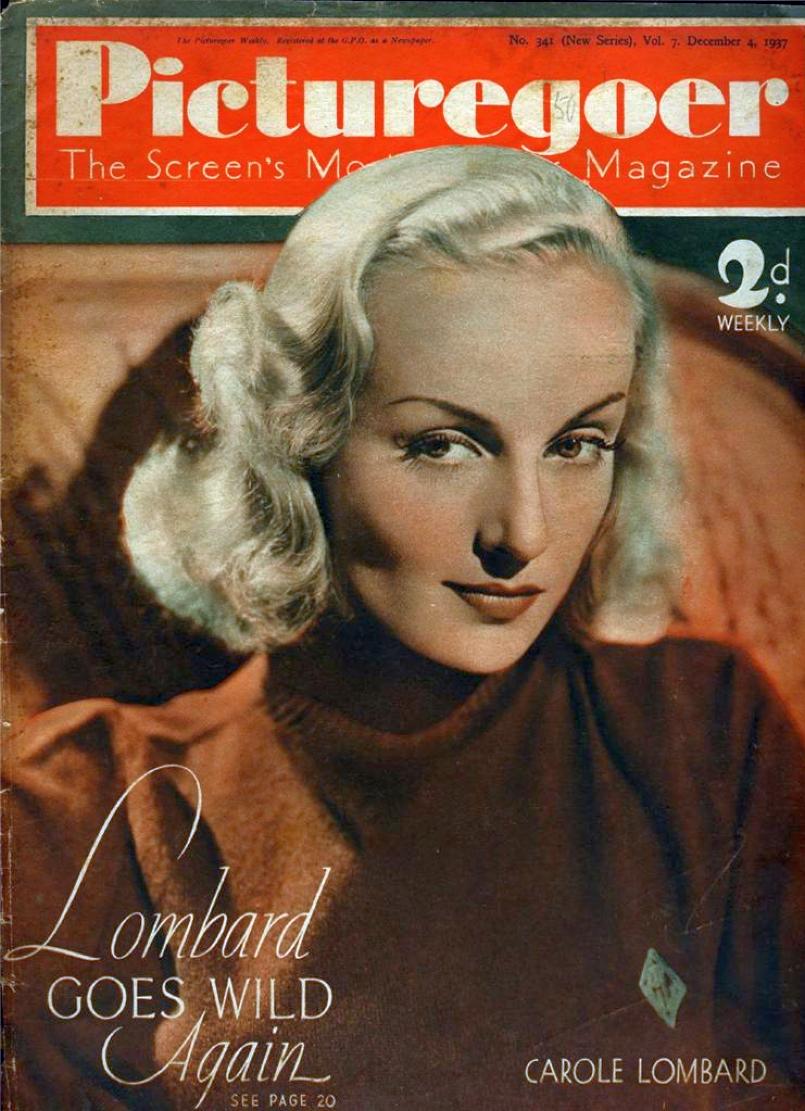 Carole Lombard had long been a favorite of British audiences, so it was no surprise that she was a frequent cover subject for the popular UK cinema magazine Picturegoer. Here she is fronting the Dec. 4, 1937 edition in glorious pseudo-color; unlike its major U.S. counterparts at the time, Picturegoer didn't run covers in "natural color," but simply touched up studio black-and-white portraits. (A question to some of our British readers: Does Carole's appearance here resemble sort of an early, less buxom version of beloved UK bombshell Diana Dors? To me, it has a bit of that feel, perhaps because here, her hair is significantly lightened.)

The headline is "Lombard Goes Wild Again...", and it's referring to her latest screwball comedy, "True Confession": 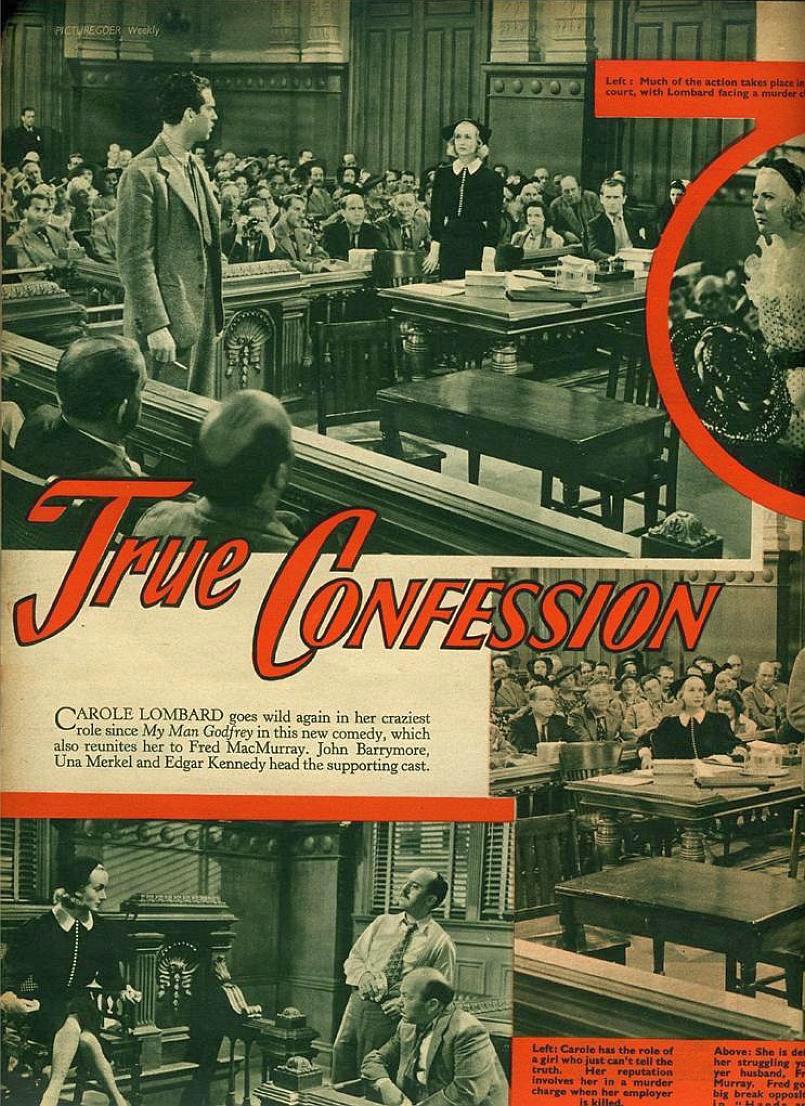 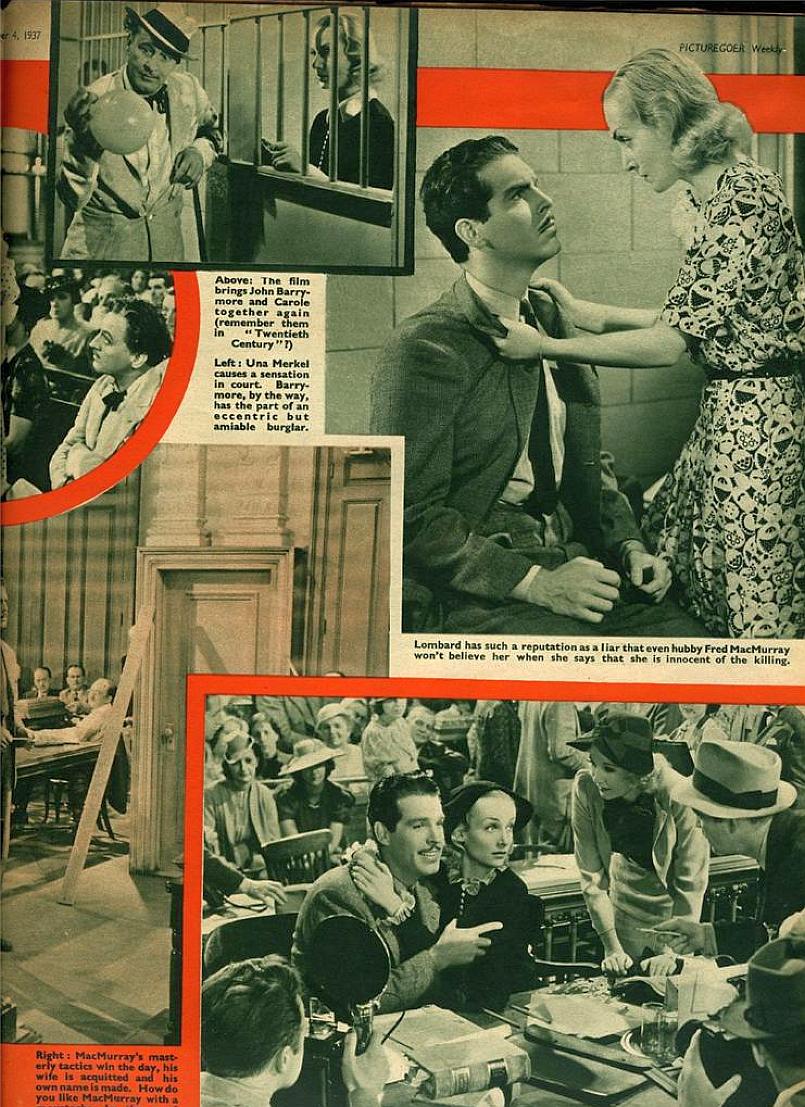 The magazine has 40 pages, measures 12" x 9" and is in good condition...and is being auctioned at eBay.