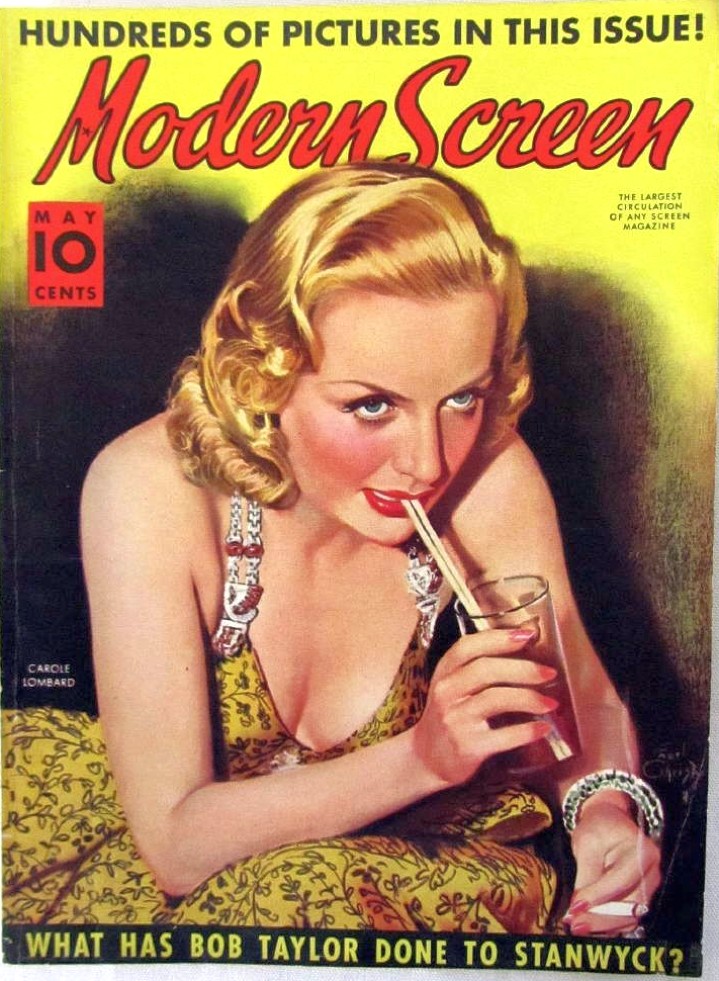 This image of Carole Lombard, sipping on a soda while holding a cigarette, wonderfully captures her restless energy on the cover of the May 1938 issue of Modern Screen. It's from famed artist F. Earl Christy, who produced an array of covers for fan magazines and other publications over the years (including one of Lombard and Fred MacMurray for the April 1937 Screen Romances): 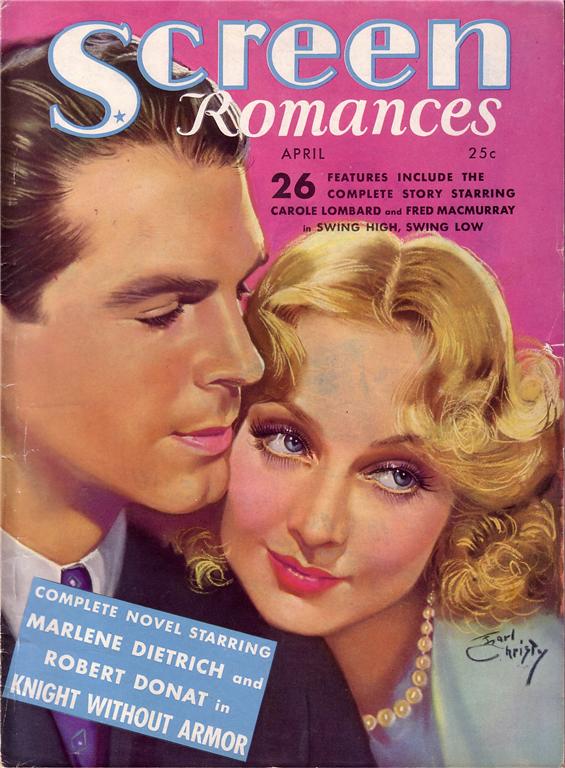 There's more Lombard inside the May '38 Modern Screen, such as an ad for her new film, "Fools For Scandal," opposite a piece on fast-rising starlet Judy Garland: 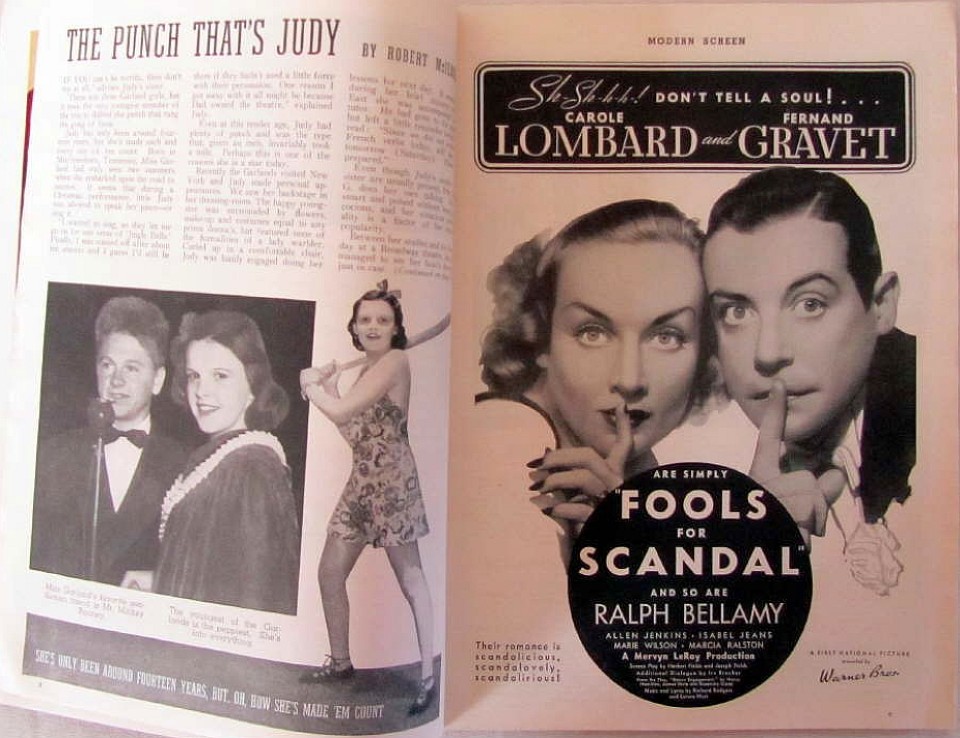 And Carole is among those profiled in a feature, "Glamor For Rent," by Caroline Somers Hoyt, where a photo of her milking a cow is in between shots of Katharine Hepburn and James Stewart: 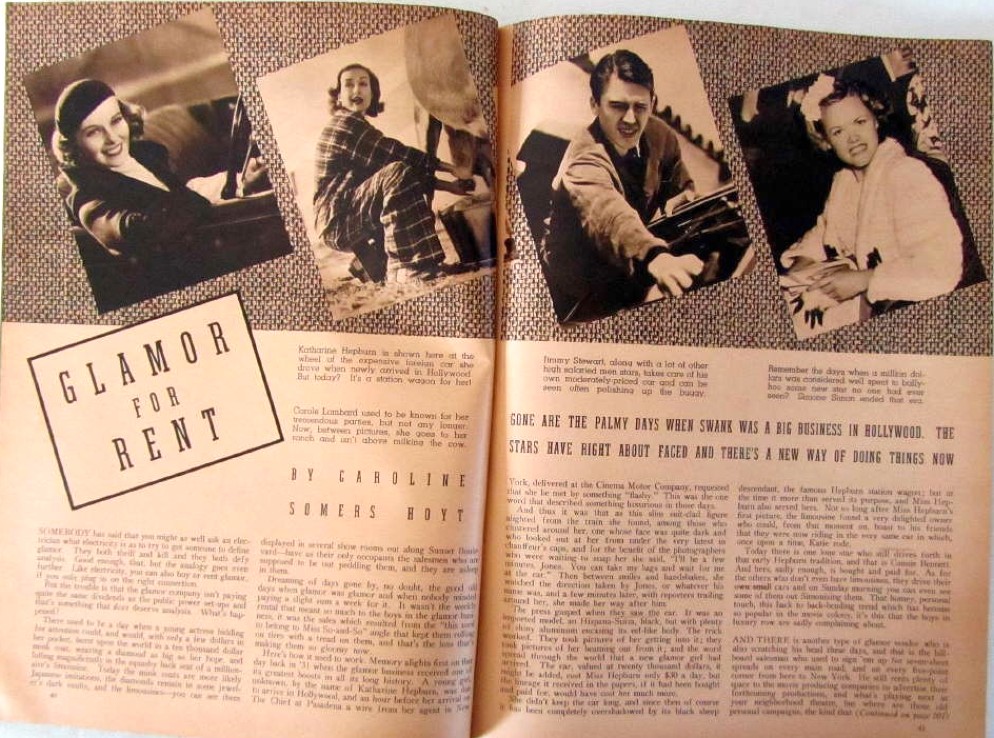 This magazine appears to be in very good condition. One bid has already been made, for $34.99; bidding's scheduled to end at 4 p.m. (Eastern) Sunday. You can get in on the action by visiting http://www.ebay.com/itm/VINTAGE-MODERN-SCREEN-MAGAZINE-MAY-1938-CAROLE-LOMBARD-COVER-BY-F-EARL-CHRISTY-/380673701142?pt=Magazines&hash=item58a1ebb516.

eBay has another copy of the magazine available, although judging from its cover, it isn't in quite as good a shape. Nevertheless, it's being sold straight up for $24.99. If interested, go to http://www.ebay.com/itm/CAROLE-LOMBARD-MODERN-SCREEN-MOVIE-MAGAZINE-MAY-1938-/350829782153?pt=Art_Photo_Images&hash=item51af15a489.
Collapse