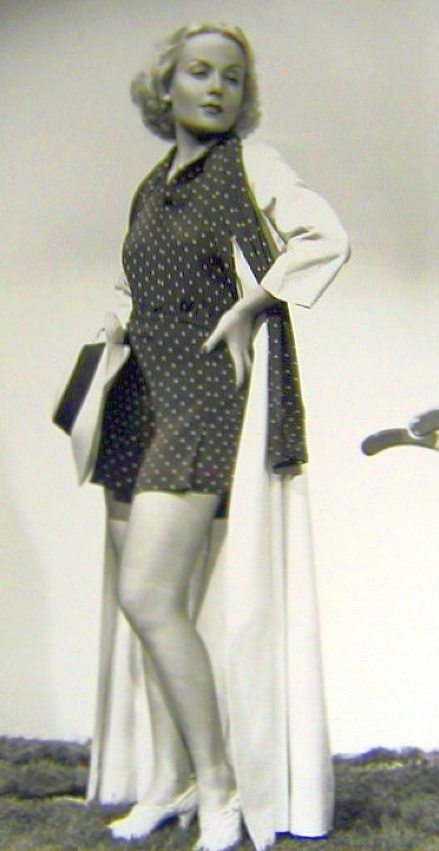 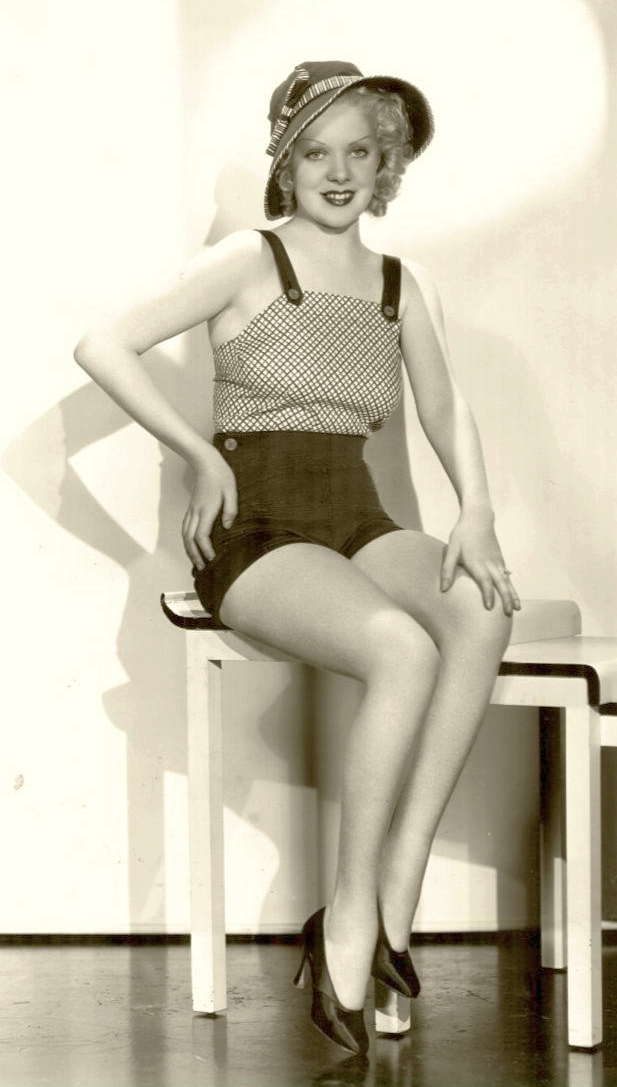 History, or at least the history that I've seen, hasn't recorded whether Carole Lombard ever met Alice Faye; they never worked at the same studio and probably were in different social circles. But in the June 1935 issue of The New Movie Magazine, they shared a page, doing an early version of "point/counterpoint" (although neither called the other "an ignorant slut"). The topic: "Do Men Like To Hear The Truth About Themselves?" Carole says "yes," Alice says "no": 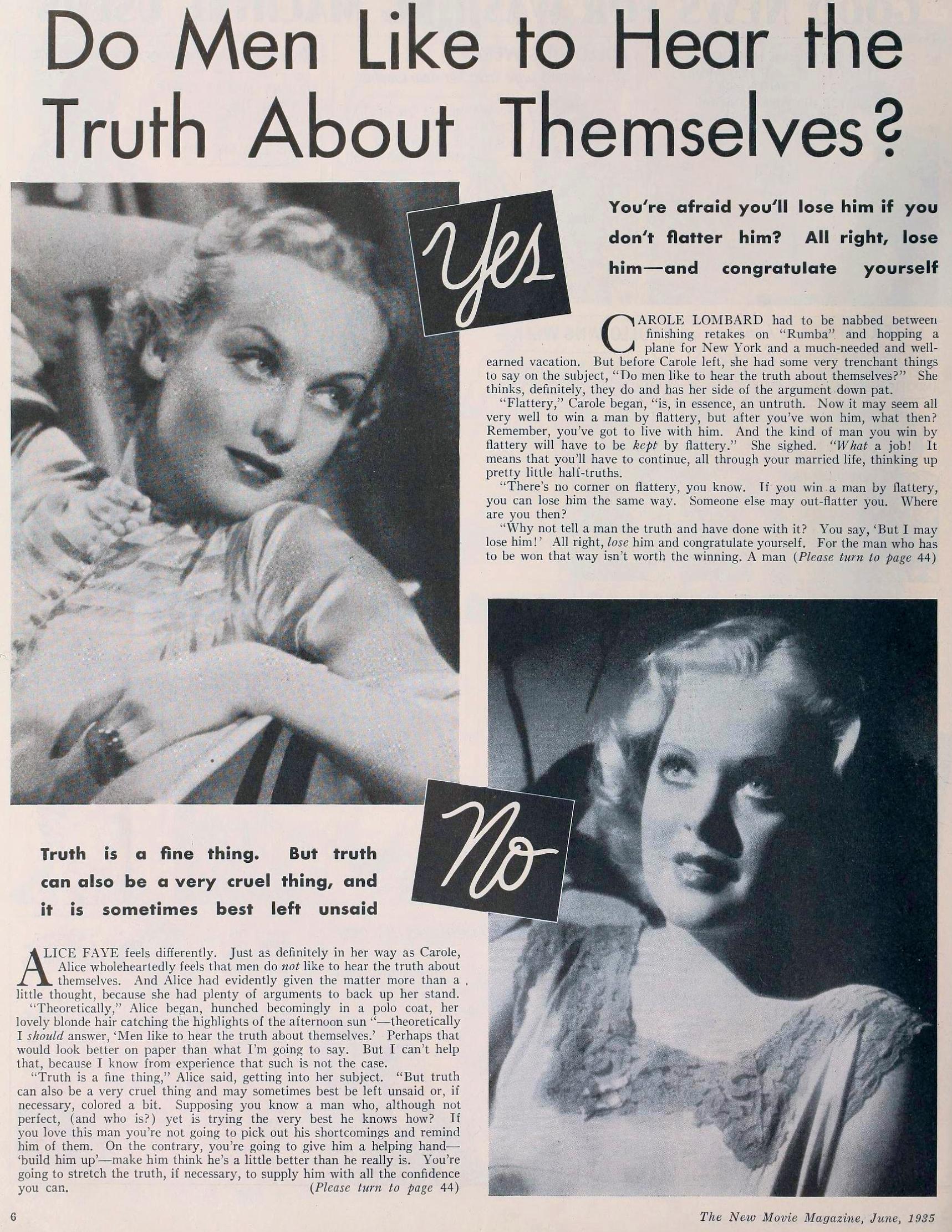 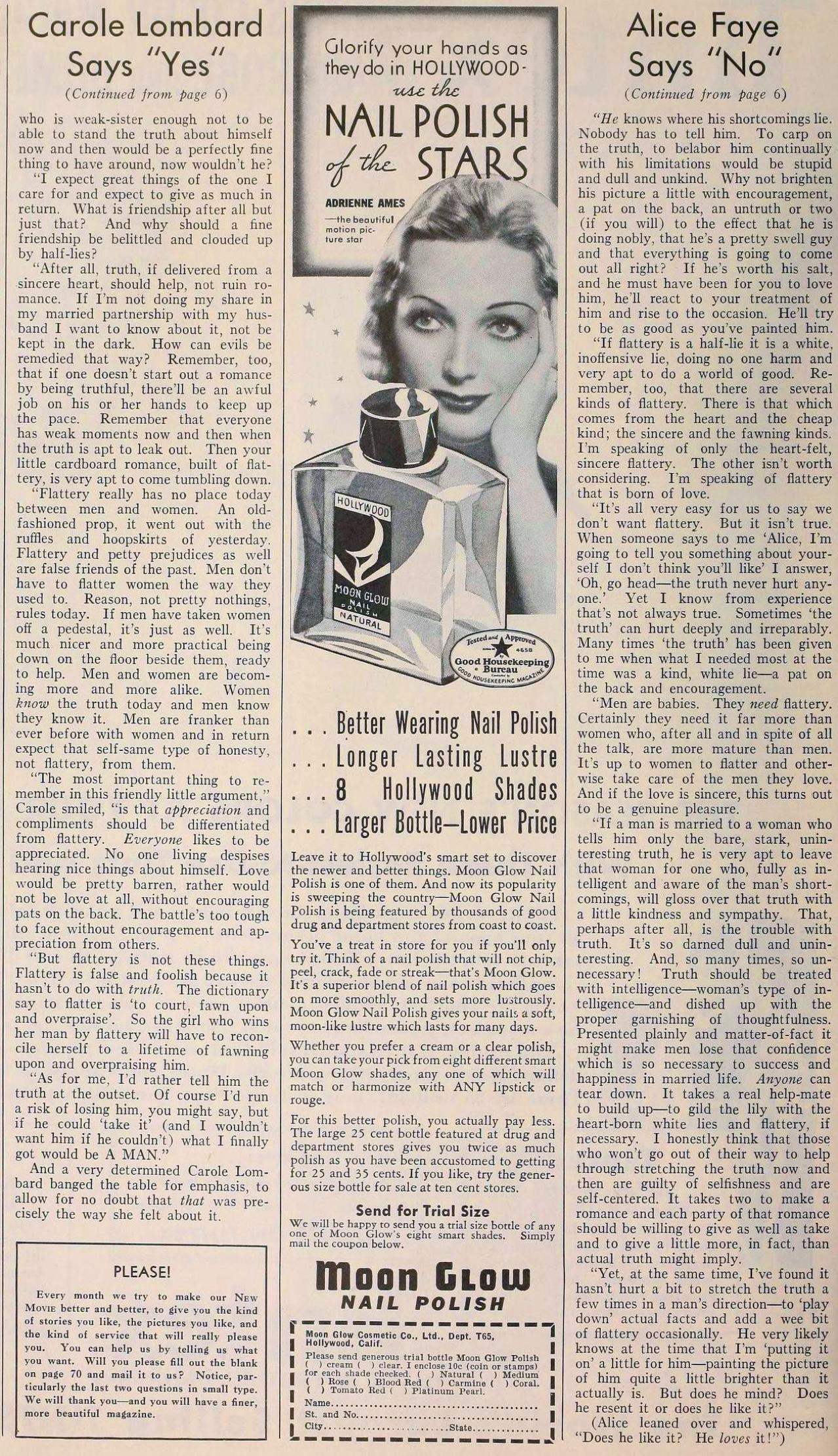 To take nothing away from Alice Faye, a delightful lady whom I once talked to on the phone for about a minute, this article shows why Lombard's attitude still resonates when it comes to the battle of the sexes. She called flattery, "in essence, an untruth," adding. "If you win a man by flattery, you can lose him the same way. ...Why not tell a man the truth and have done with it?"

Carole later commented, "Flattery really has no place today between men and women. An old-fashioned prop, it went out with the ruffles and hoopskirts of yesterday. ...If men have taken women off a pedestal, it's just as well. It's much nicer and more practical being down on the floor beside them, ready to help." But she also differentiated compliments, which are based in sincerity, from flattery, which is not.

The issue also featured a piece from Joan Bennett discussing her big sister Constance, several decades before she would write about her esteemed family in the book "The Bennett Playbill": 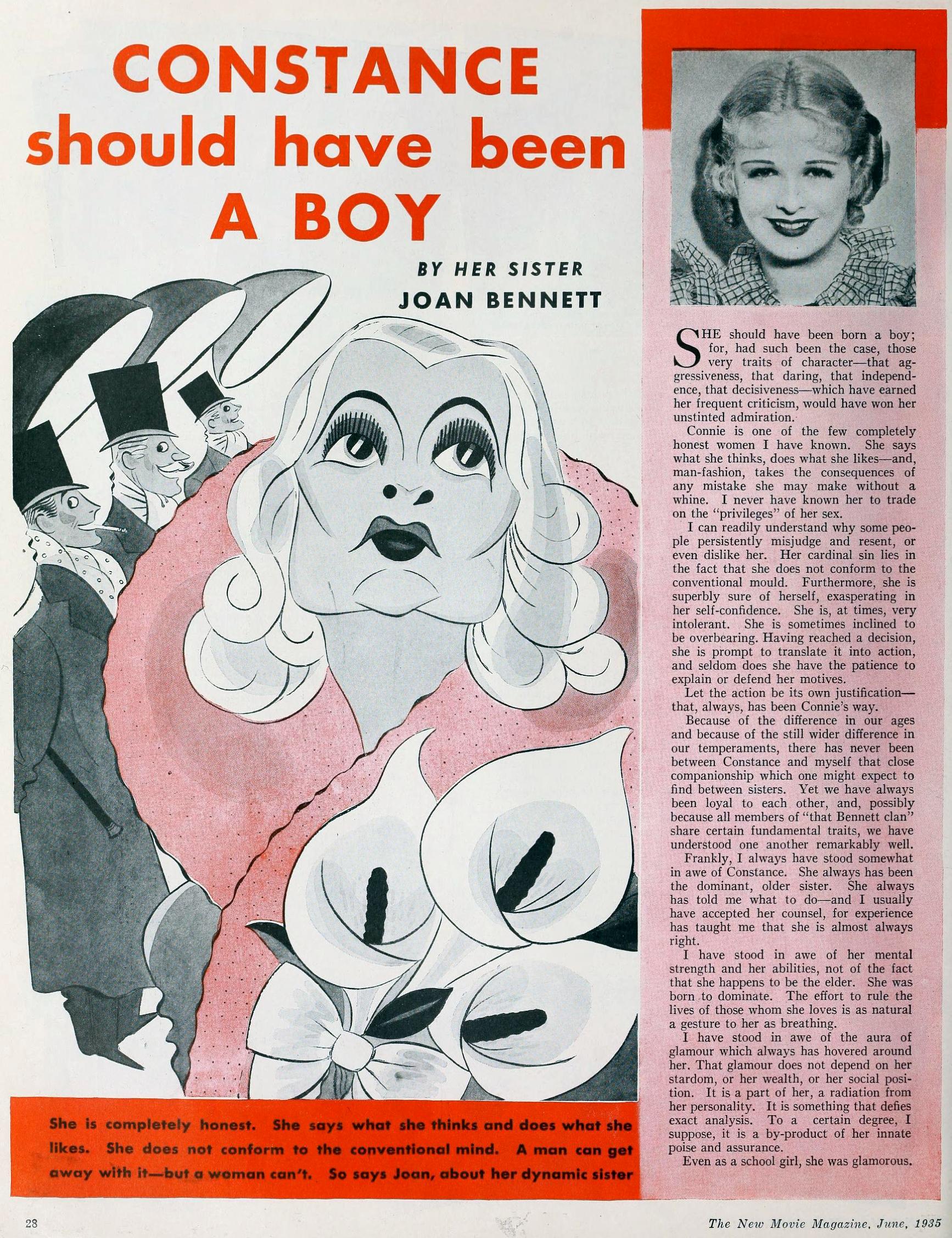 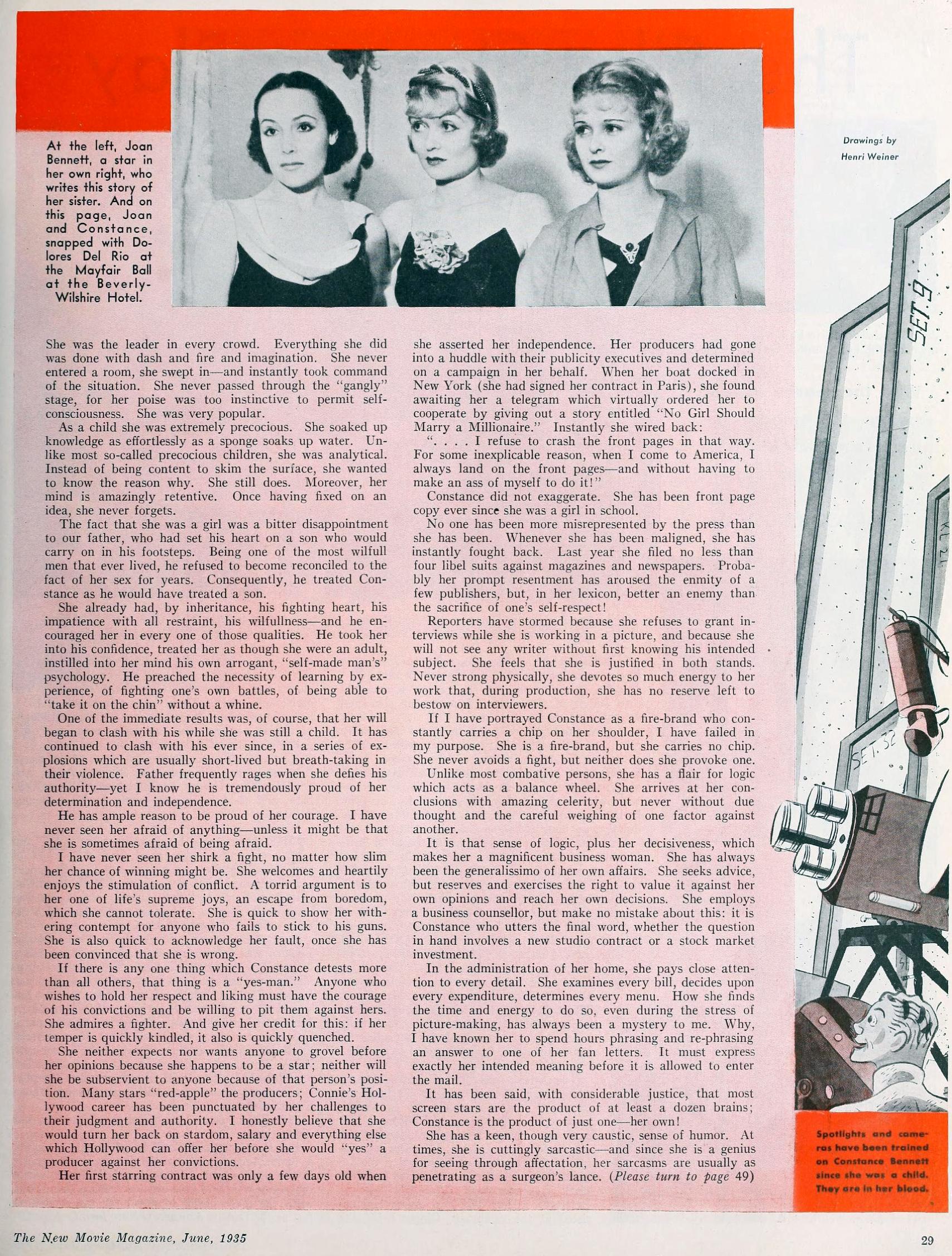 About the only thing Connie could complain about was the dreadful drawing of her on the first page. (Did she sue the artist?)

Lombard may have been modern when it came to male vs. female, but as a reminder of how far America had to go on racial issues, check out this feature on Stepin Fetchit with the jaw-dropping title, "Troubadour ob de Lawd." If you can get past dialect to make you shudder, not to mention patronizing racist attitudes, it has a few interesting things to say about Hollywood's top black star of his time: 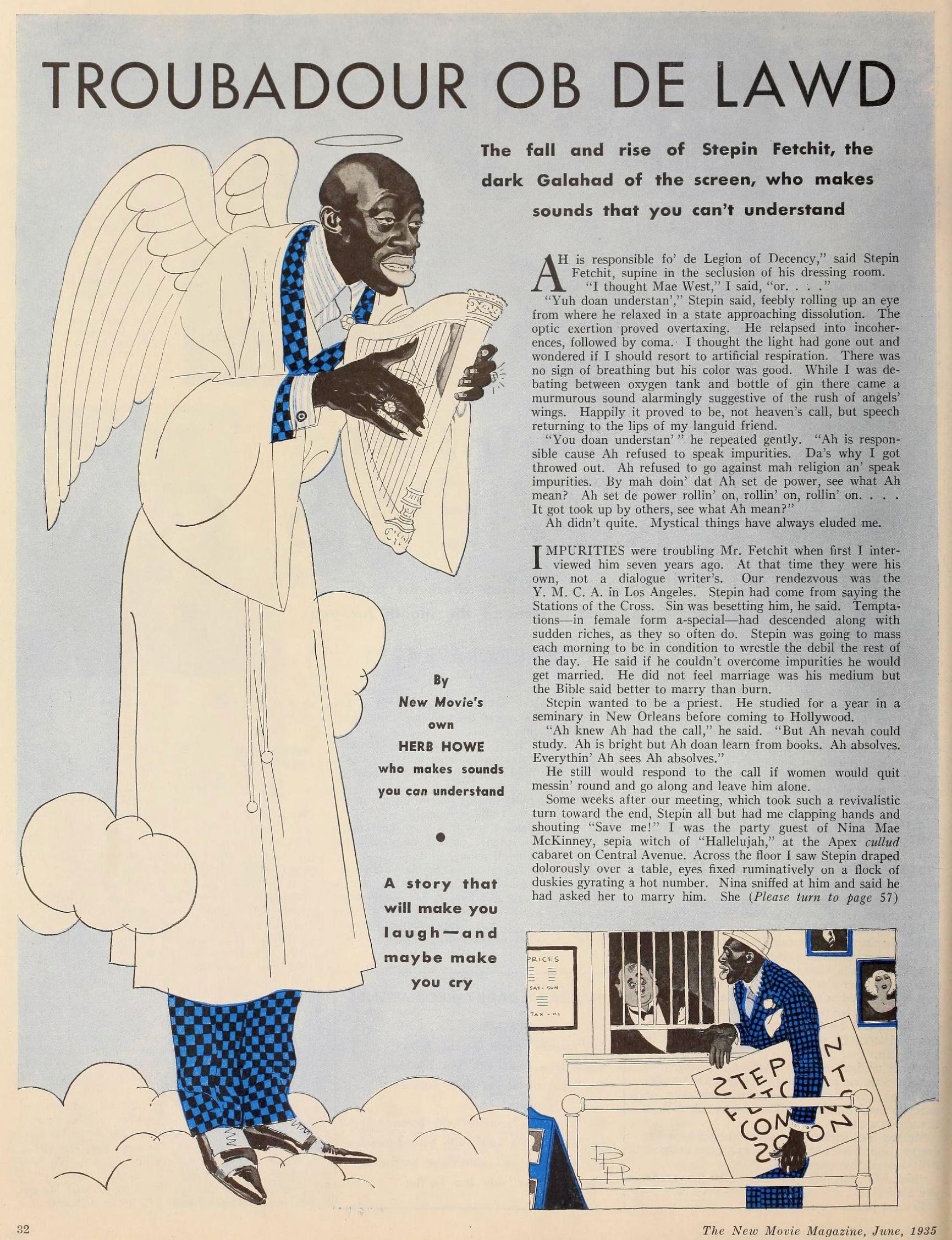 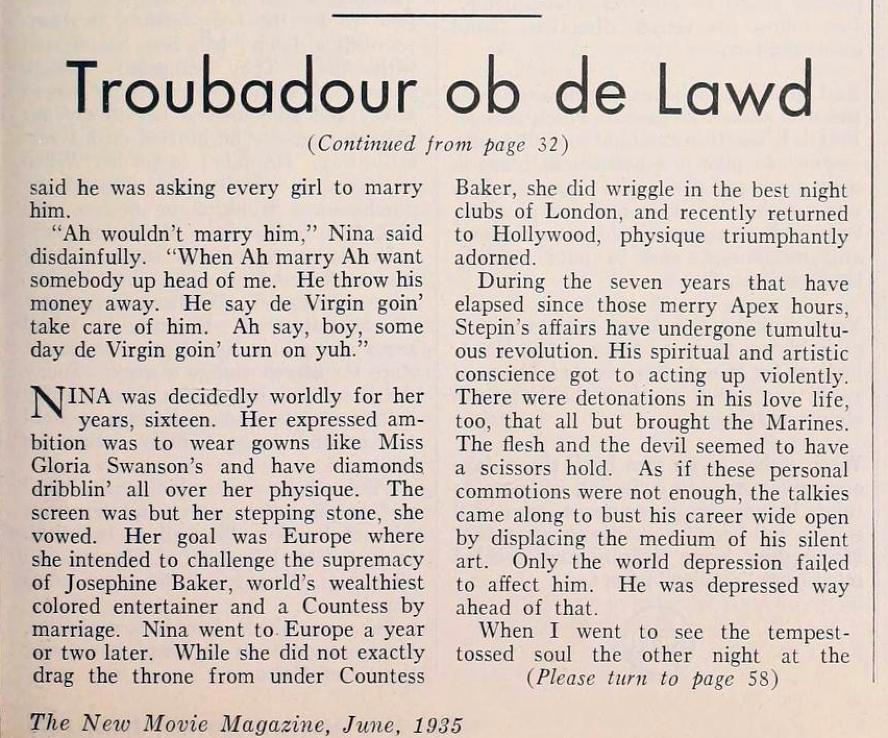 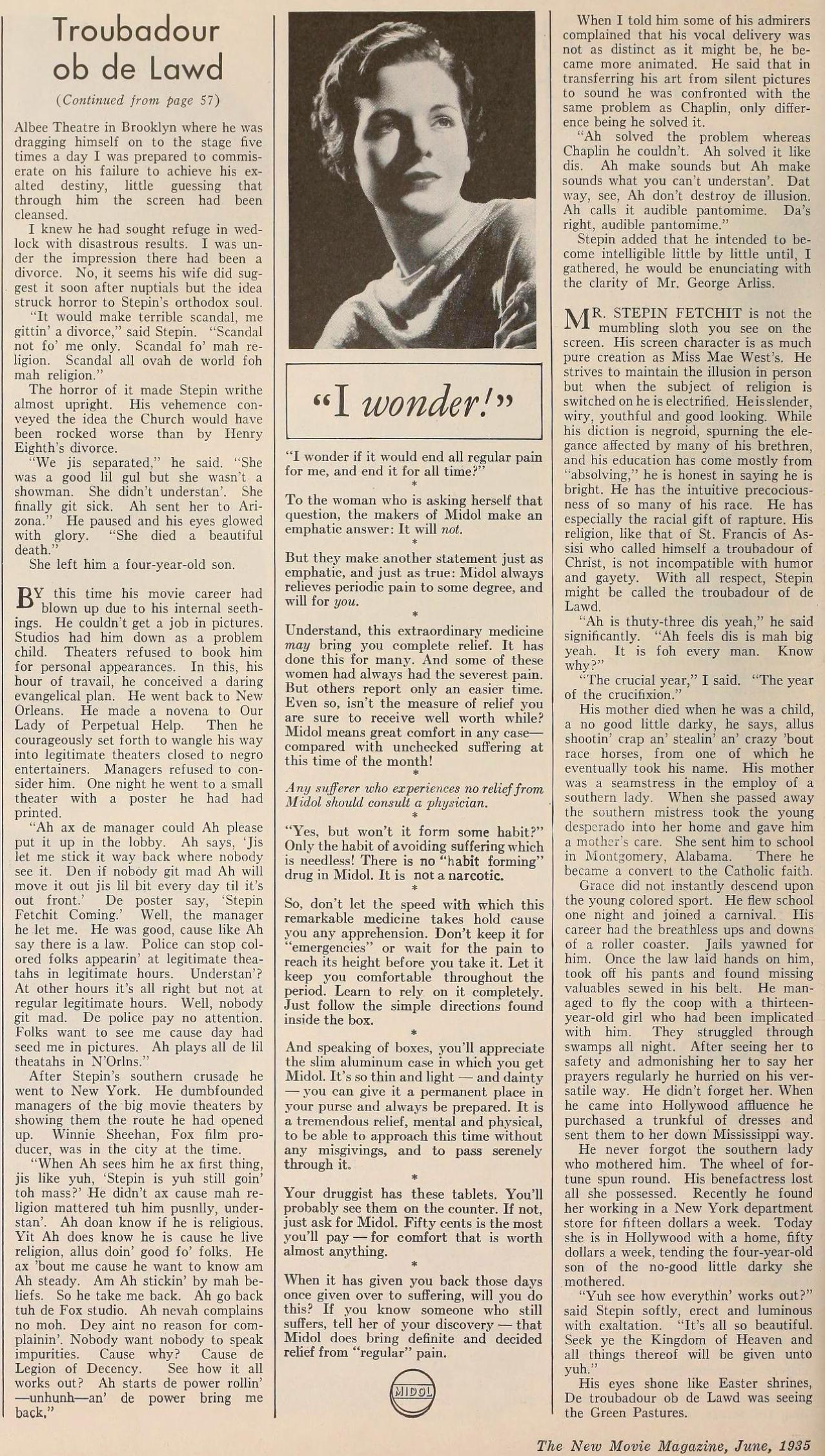 One can imagine the reaction this elicited from the black community, though they no doubt had witnessed this treatment before...and it probably upset Myrna Loy, who even then was campaigning to give black actors less stereotyped roles.
Collapse