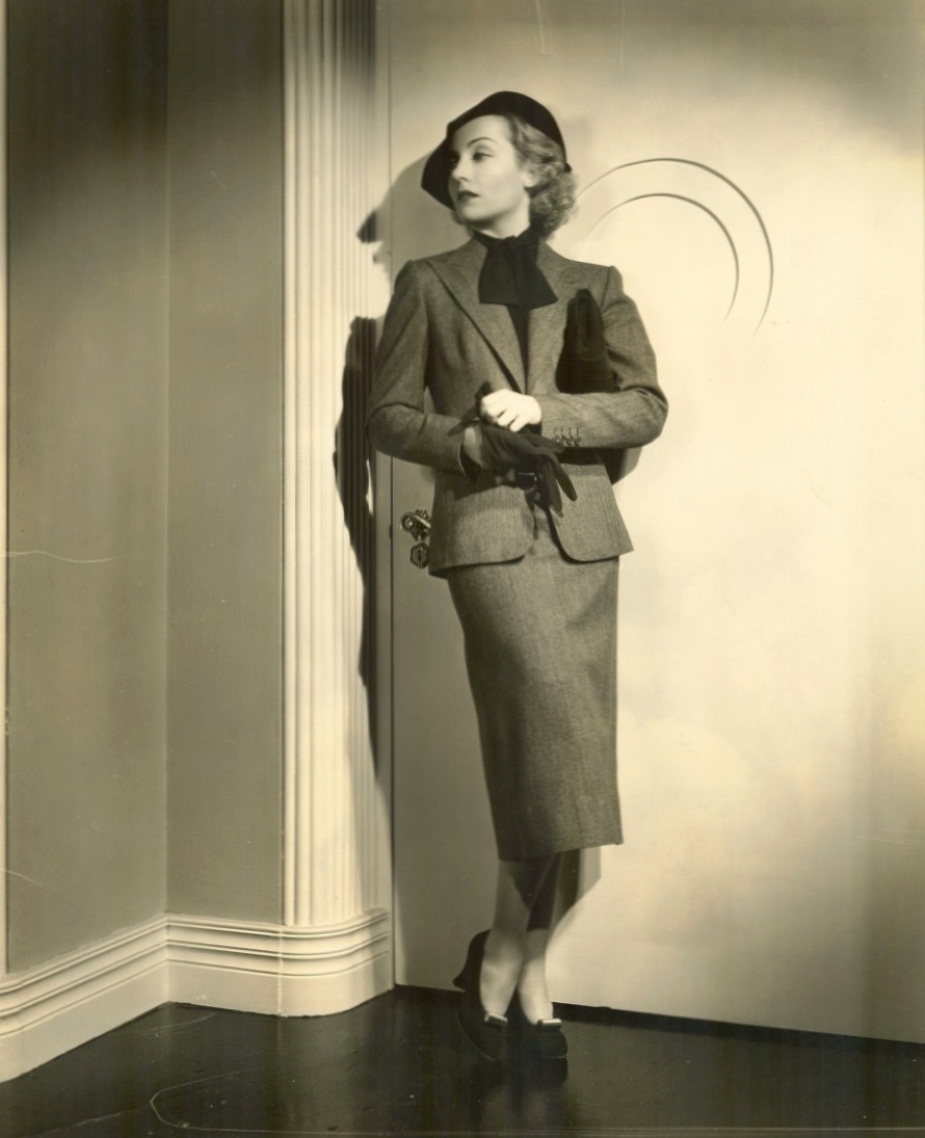 The spring of 1936 was a good time to be Carole Lombard. The critical and popular success of the previous fall's "Hands Across The Table" boosted her status in Hollywood; she was working on a film ("My Man Godfrey") which looked to assure her yet more acclaim; and in her personal life, she was getting in good with a guy named Gable. All this could have swelled her ego to an unbearable degree.

That it didn't is indicative from the following story, where Carole was interviewed for Hollywood magazine for that June. Where the industry was concerned, in the parlance of today, she "gets it": 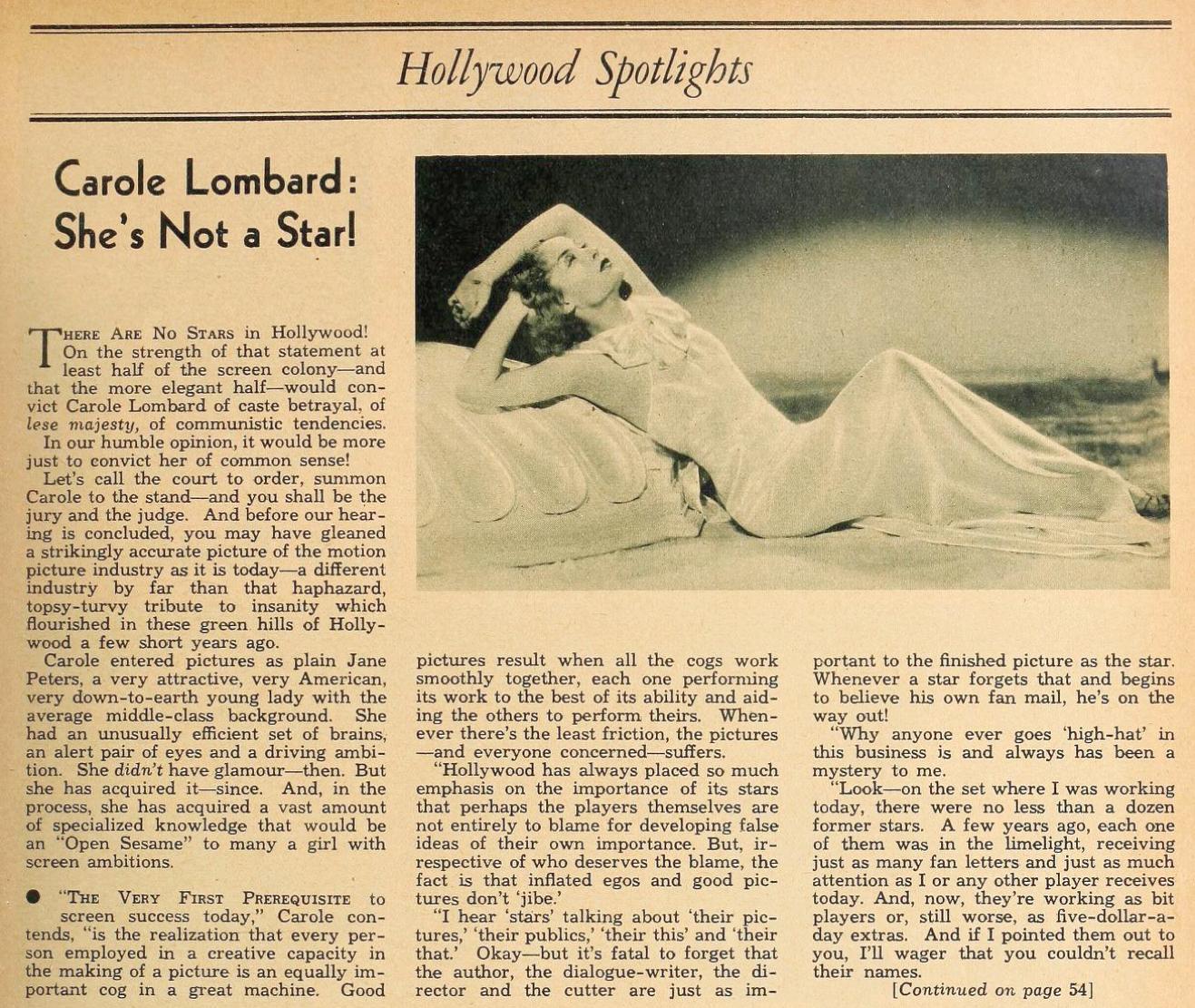 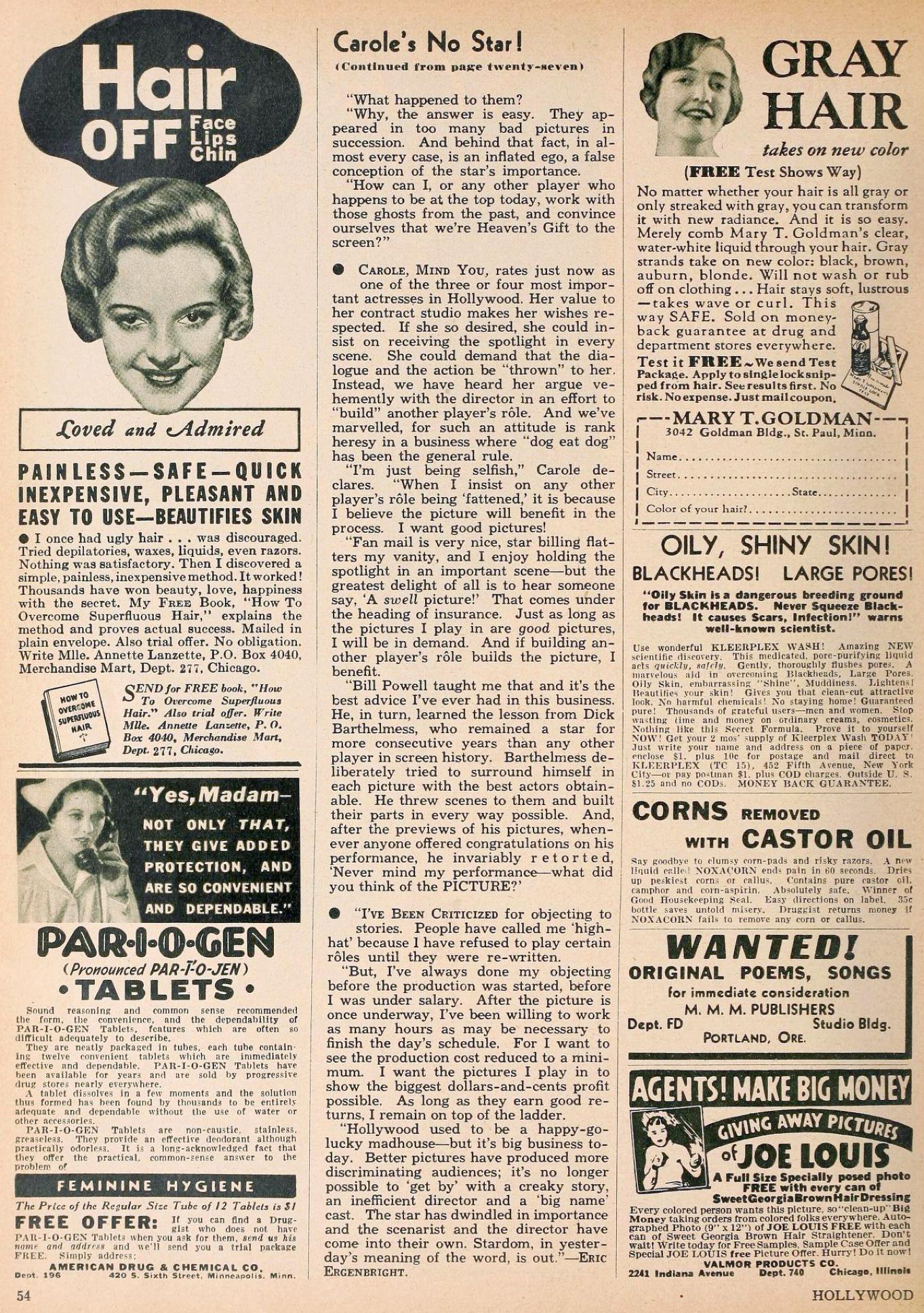 (Note that ad in the lower right-hand corner promoting pictures of Joe Louis -- a year away from becoming heavyweight champion -- with sales of Sweet Georgia Brown Hair Dressing. In this era, it was rare to see ads in movie or other general-circulation magazines specifically tailored to the black community.)

Lombard understood the first rule in filmmaking -- at least during the "golden age" -- was that it was a team effort among not just actors but directors, writers and editors too, and that making a good picture was more important than star status. She said she learned that from William Powell, who in turn had learned it from his friend Richard Barthelmess, who had been a star since the late 1910s. If it meant subjugating your role in the film to build up others', so be it.

Her comments lead one to believe that had Lombard lived, she would have pursued a career as a producer -- sometimes for her own vehicles, sometimes for others -- and that with her knowledge of the industry, she probably would have made the transition with minimal difficulty.

Moviemaking has changed considerably from Lombard's time; like everything these days, it's become far more corporate, and instead of liberating films, technology has made them its slave. Last fall, critic David Denby examined the American movie industry for the New Republic and didn't like what he saw, and while the piece now is nearly a year old, much of what he writes still applies. Take a look at http://www.newrepublic.com/article/books-and-arts/magazine/107212/has-hollywood-murdered-the-movies
Collapse