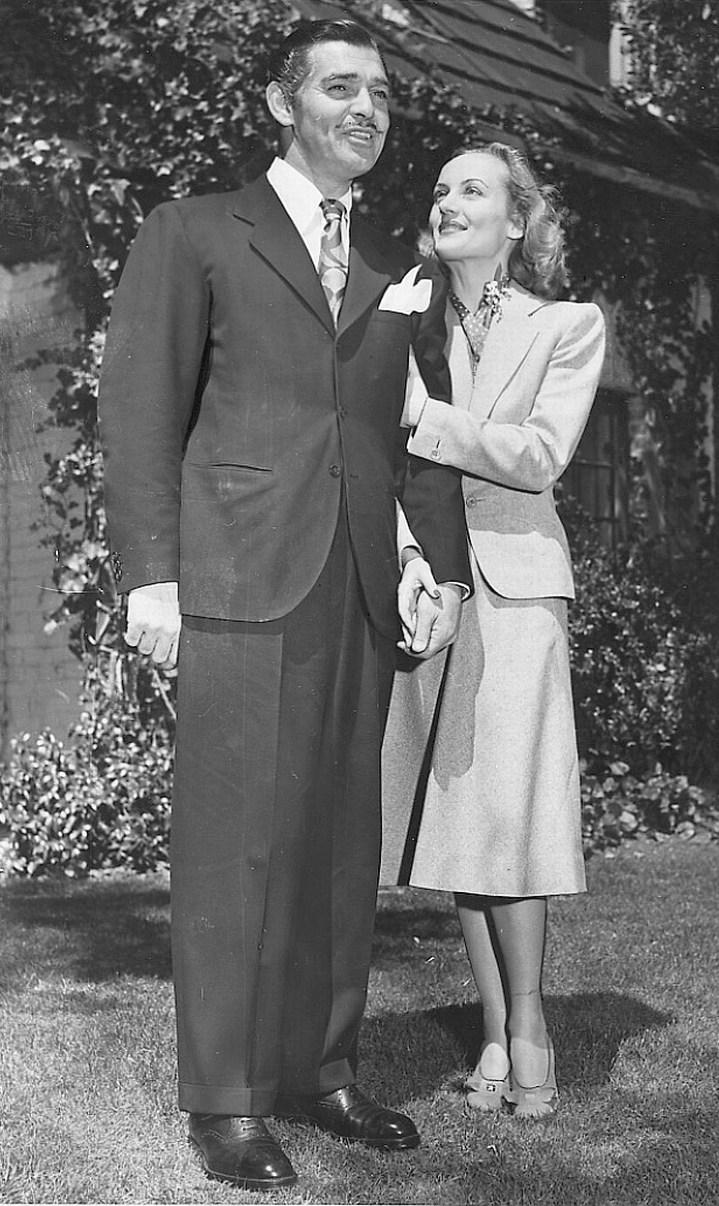 Carole Lombard's marriage to Clark Gable in late March 1939 marked the beginning of a new era for her...but for many in the film community, it marked the end of another one. As Carole and Clark's relationship had developed since 1936, so had Lombard gradually abandoned her extrovert personality that made her so popular in Hollywood.

While most of those who knew the couple well cheered their wedding, others feared the Lombard they knew and loved was on the verge of disappearing. That sense sort of permeates the following story, written by Don Worth for the July 1939 issue of Motion Picture and deemed significant enough to promote on a cover featuring 20th Century-Fox favorites Tyrone Power and Alice Faye: 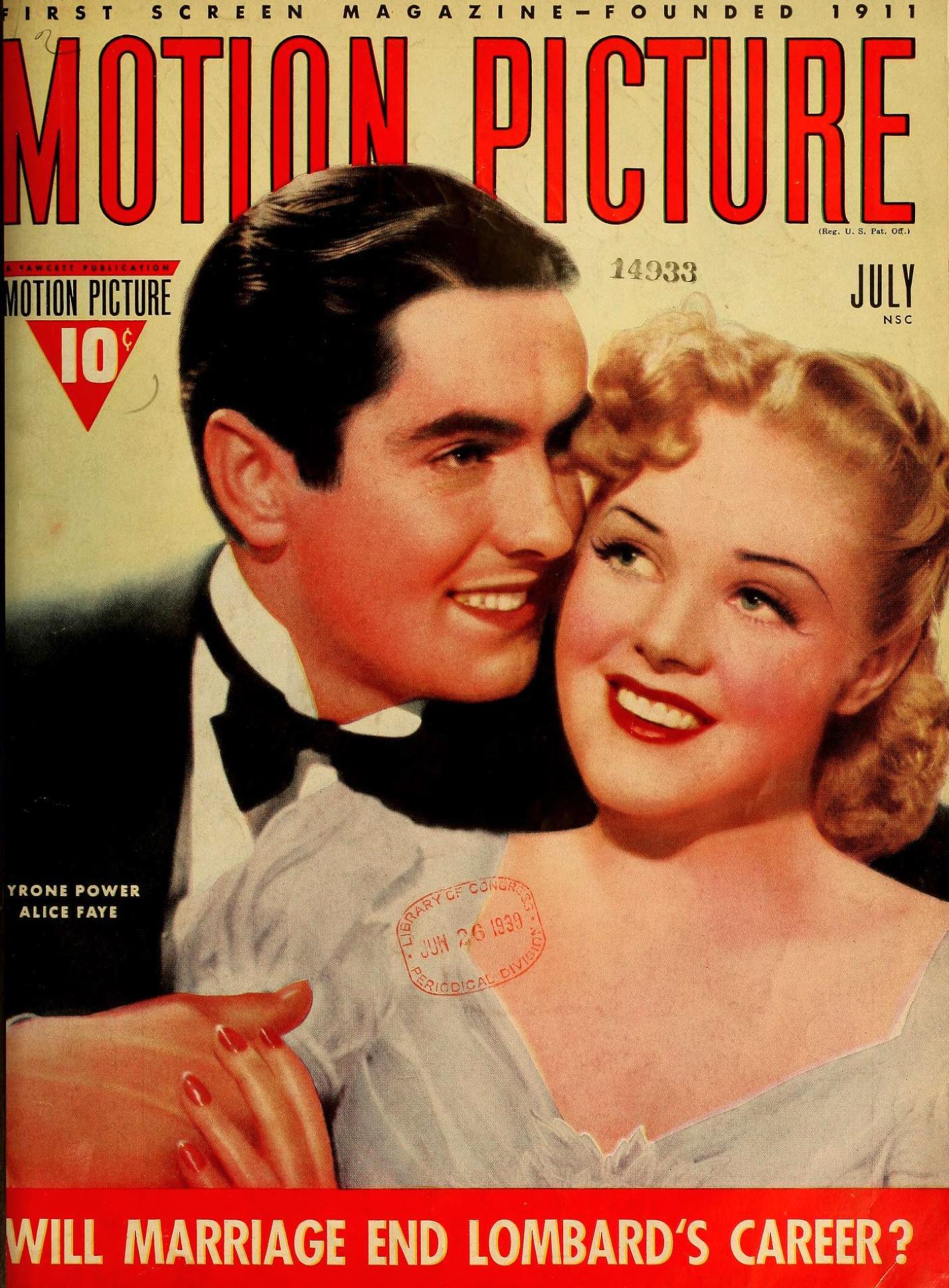 I discovered this story at the dearmrgable.com site (http://dearmrgable.com/?p=6417), and some of its observations about it are interesting. It called the piece "very sexist," though it conceded it may not have been by 1939 standards. The site has some other things to say, and I'll address them after you read the story: 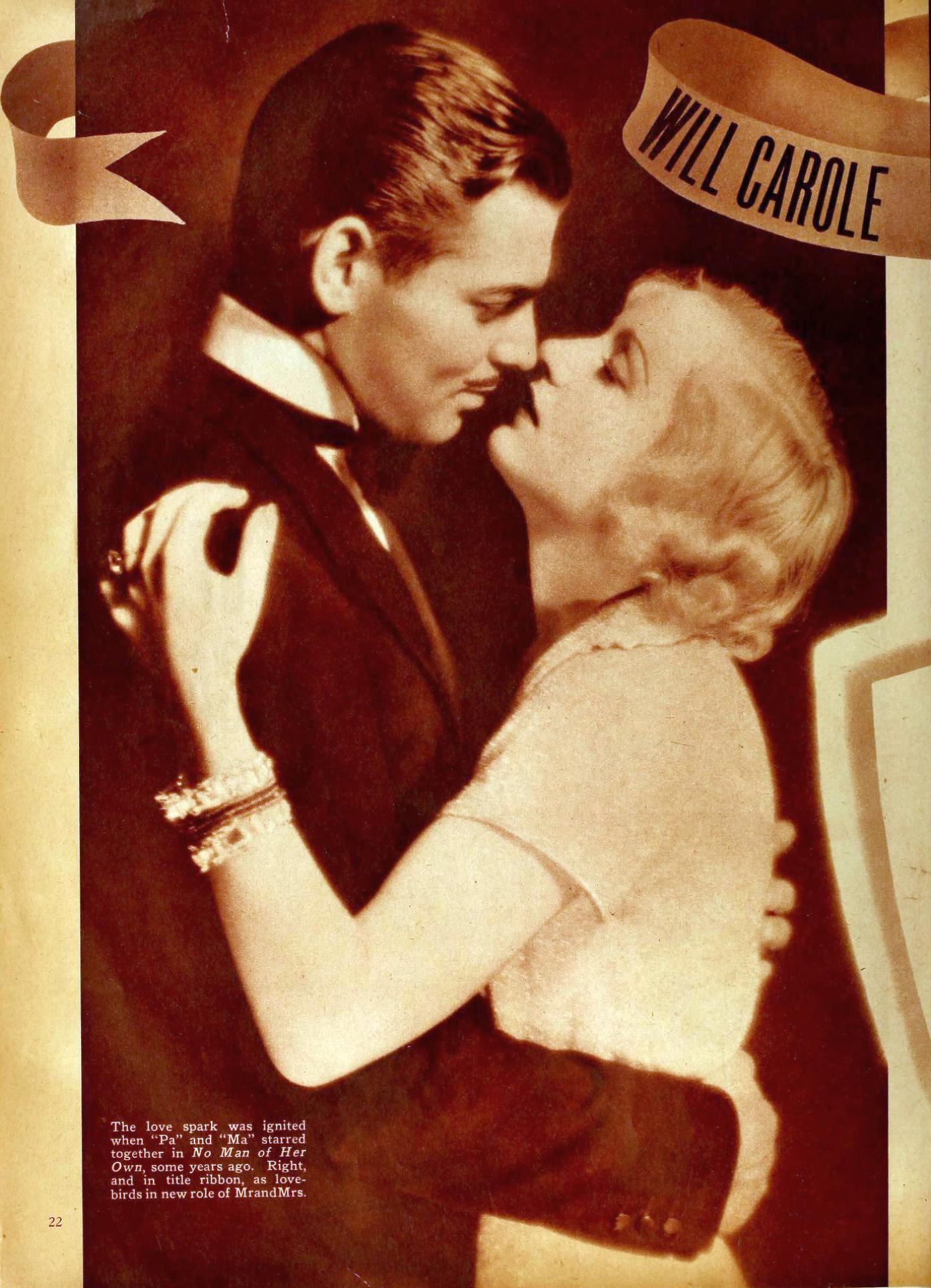 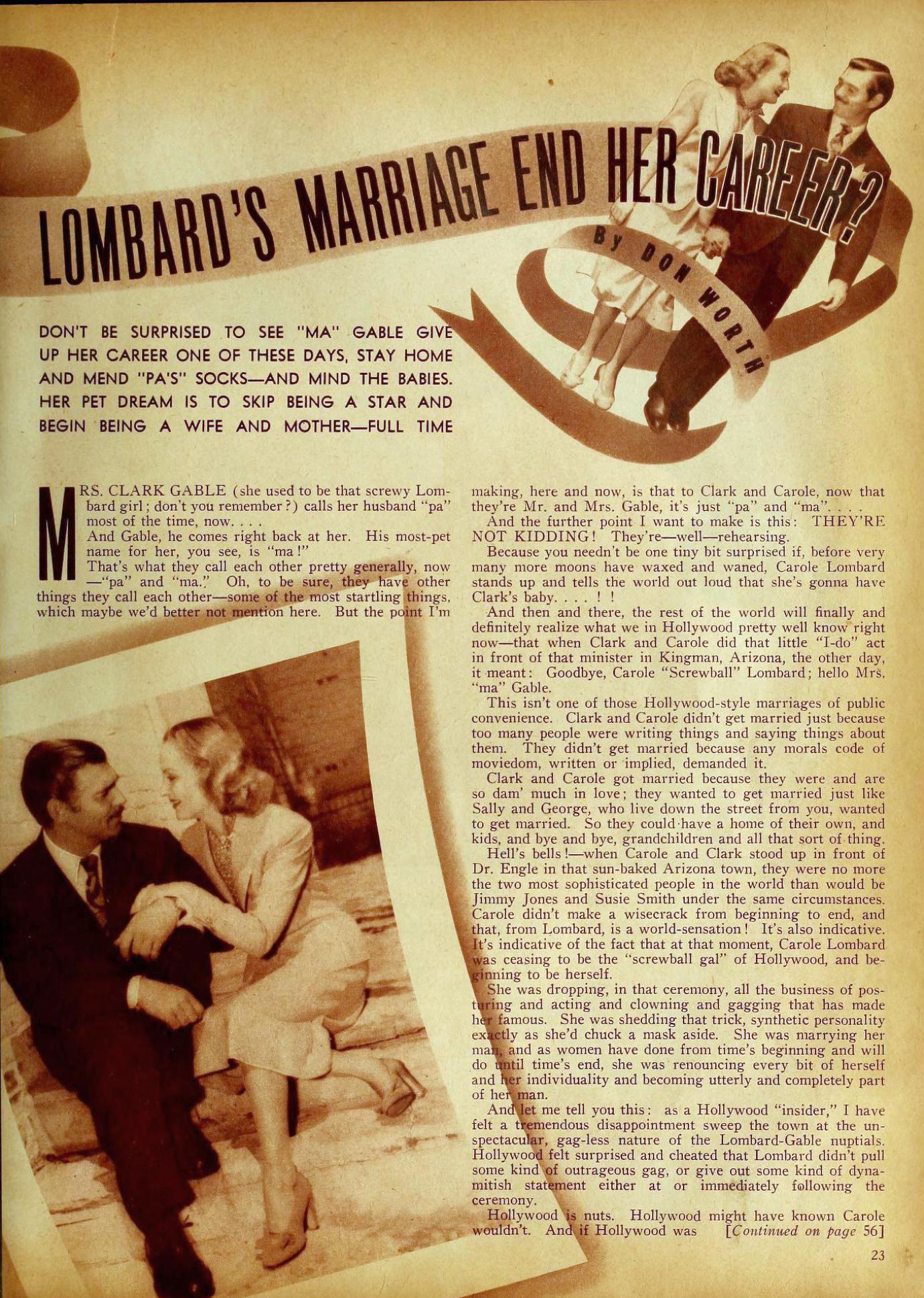 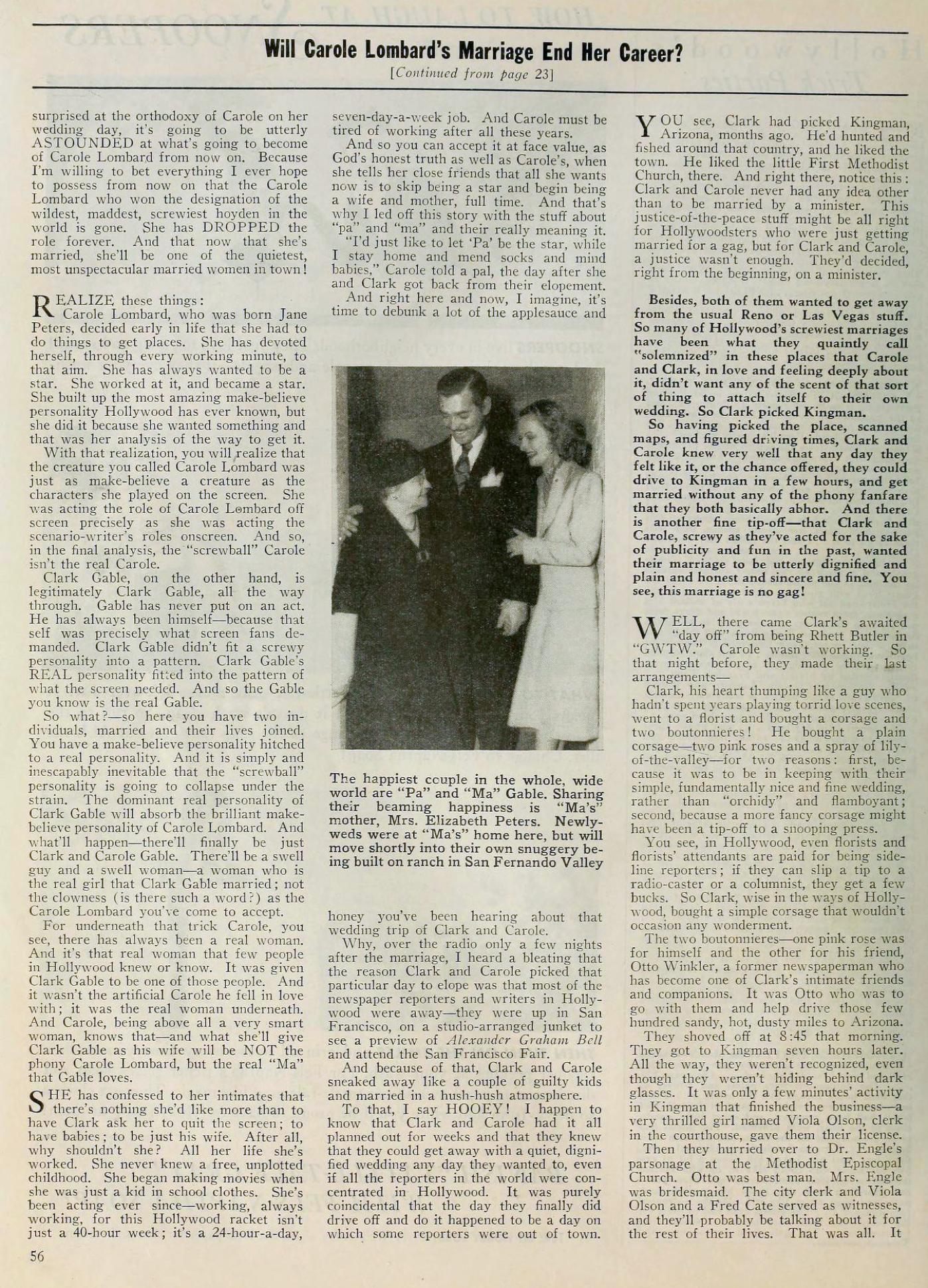 No, I don't think there's such a word as "clowness," either.

The dearmrgable.com people criticized this piece for calling Carole a phony, saying that was "her least favorite kind of person" ("She was not fake!"), and I fully concur. Lombard had both plenty of energy and a phenomenal sense of public relations, and yes, she was an excellent self-promoter...but she managed to do it with a minimum of artiface. If she hadn't, chances are Lombard wouldn't have been anywhere as popular as she was.

However, Carole had turned 30 the previous October, and had come to the conclusion that for her, at least, the screwball cycle had run its course. So it was goodbye to comedy, leg art and parties; hello to drama, a more elegant look and an insular approach to life. As was written at dearmrgable.com: "Just because she found a man she loved and wanted to marry him and stay home and have his babies does not mean that the person she was before that was fake." (Remember, the reason she and screenwriter Robert Riskin didn't marry in 1935 was that she wanted children; he didn't. While Riskin eventually fathered children, it was via his new wife, Fay Wray.)

The very idea of Lombard abandoning her career to become a full-time wife and mother had to unnerve some in the Hollywood press corps, as she invariably provided good copy. That's an underlying theme of this piece.

Elsewhere in that issue, there's some insight into autograph collecting, including anecdotes involving Ralph Bellamy, Loretta Young and Henry Fonda... 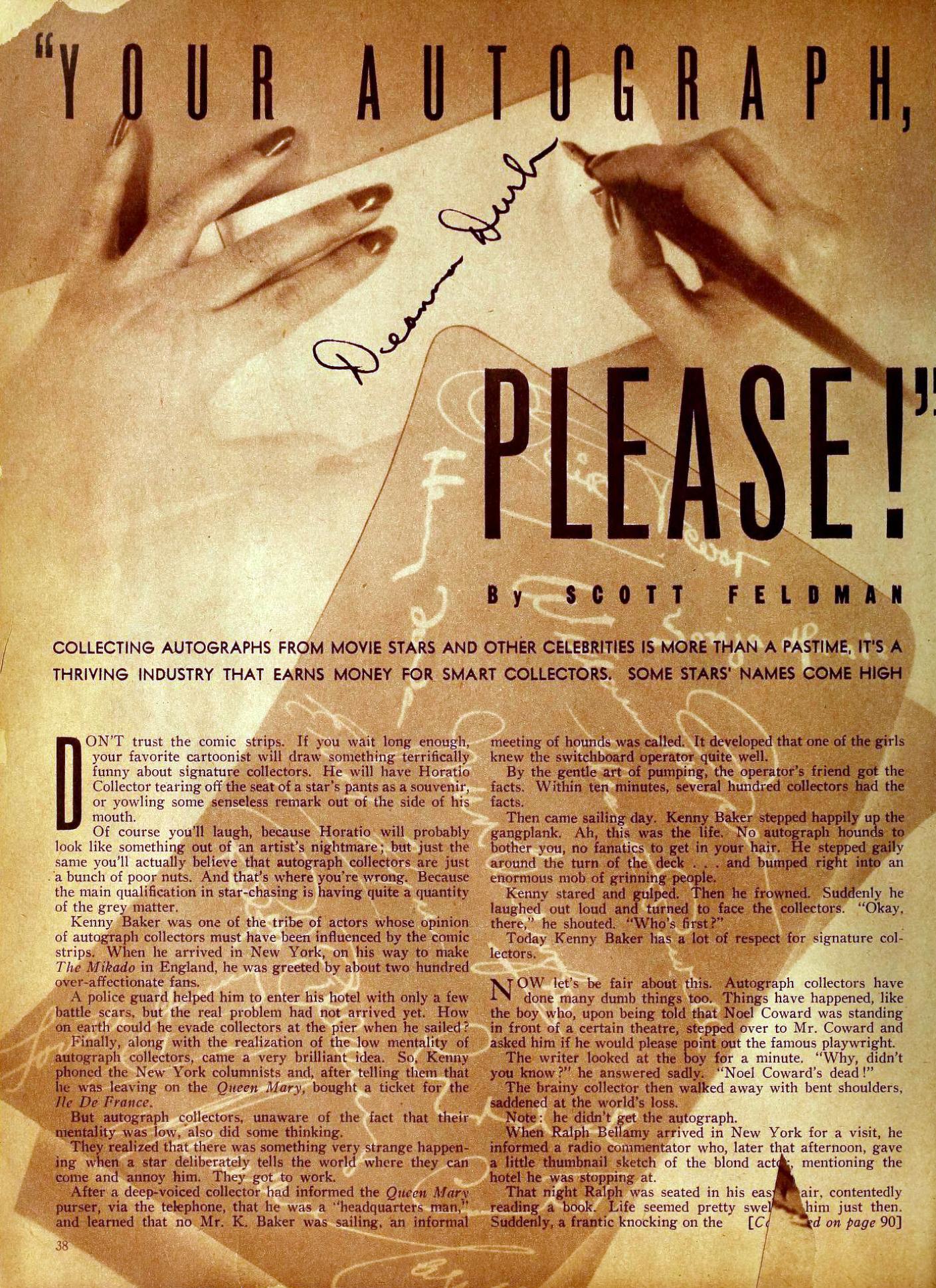 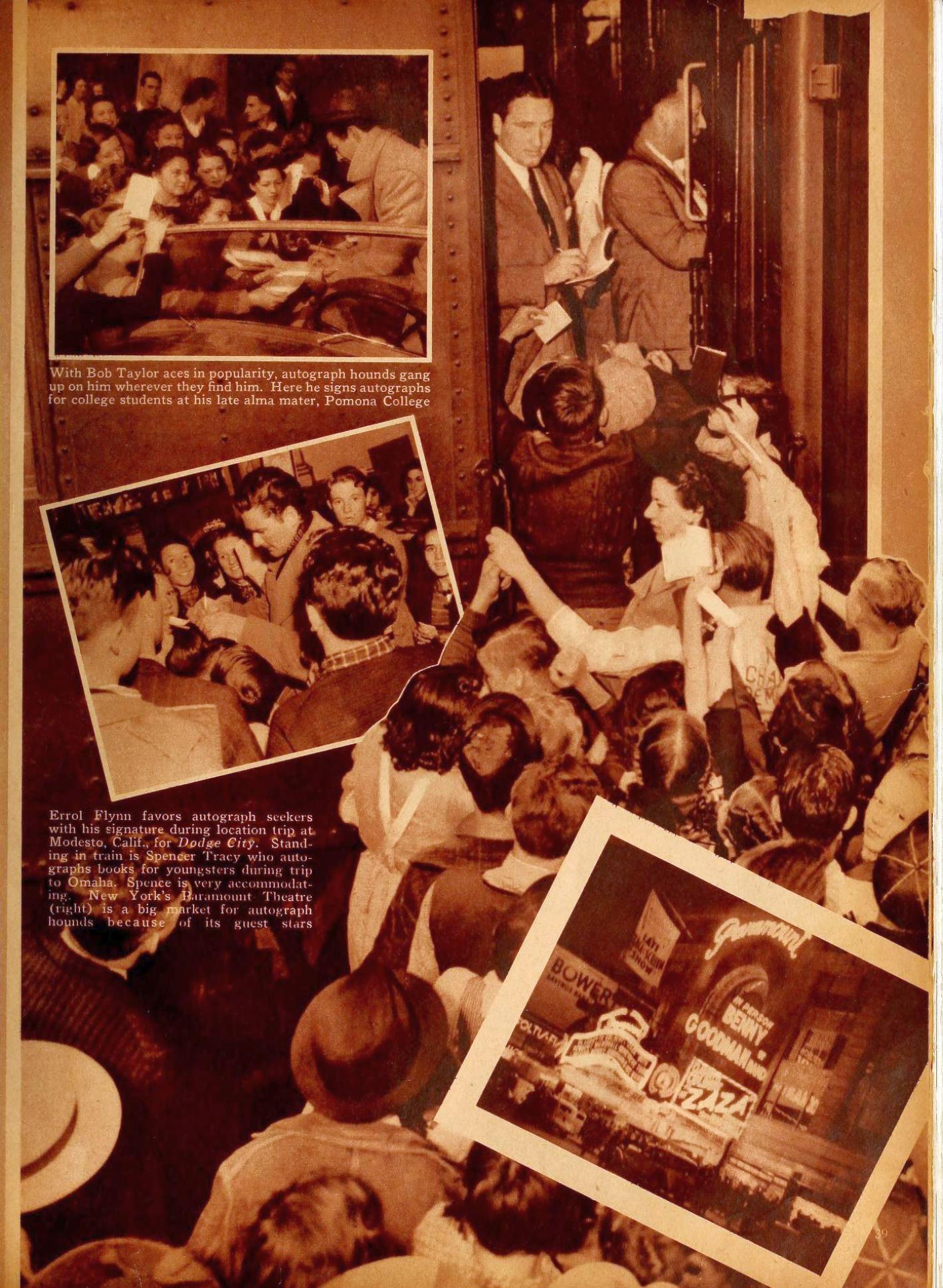 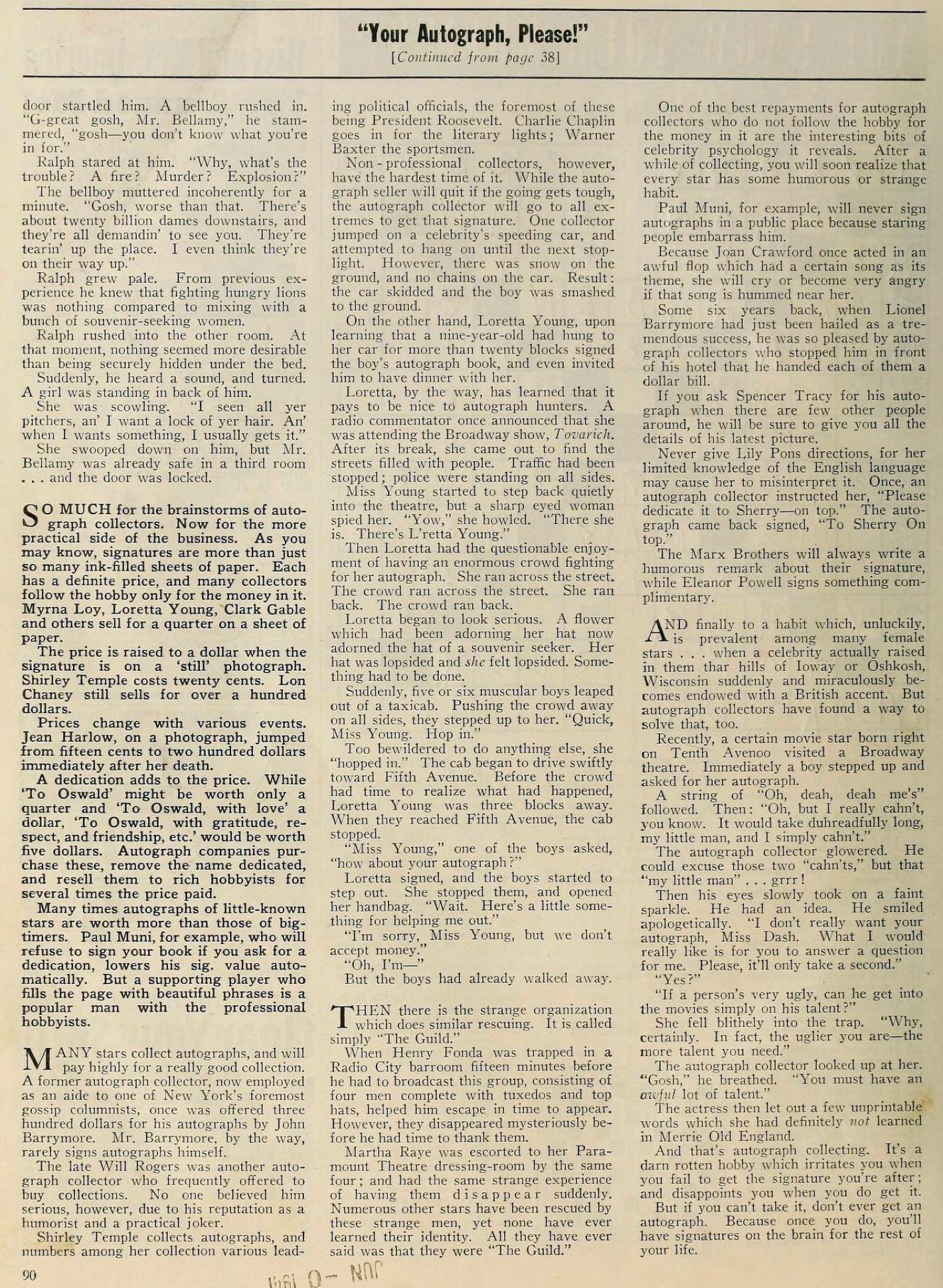 ...and an invitation to go on yet another Motion Picture Hollywood tour. (I'm not sure when these ended, but I'm guessing it probably was in 1941):

Looks as if Allan Jones had traded in his "donkey serenade" for a horsey version.
Collapse