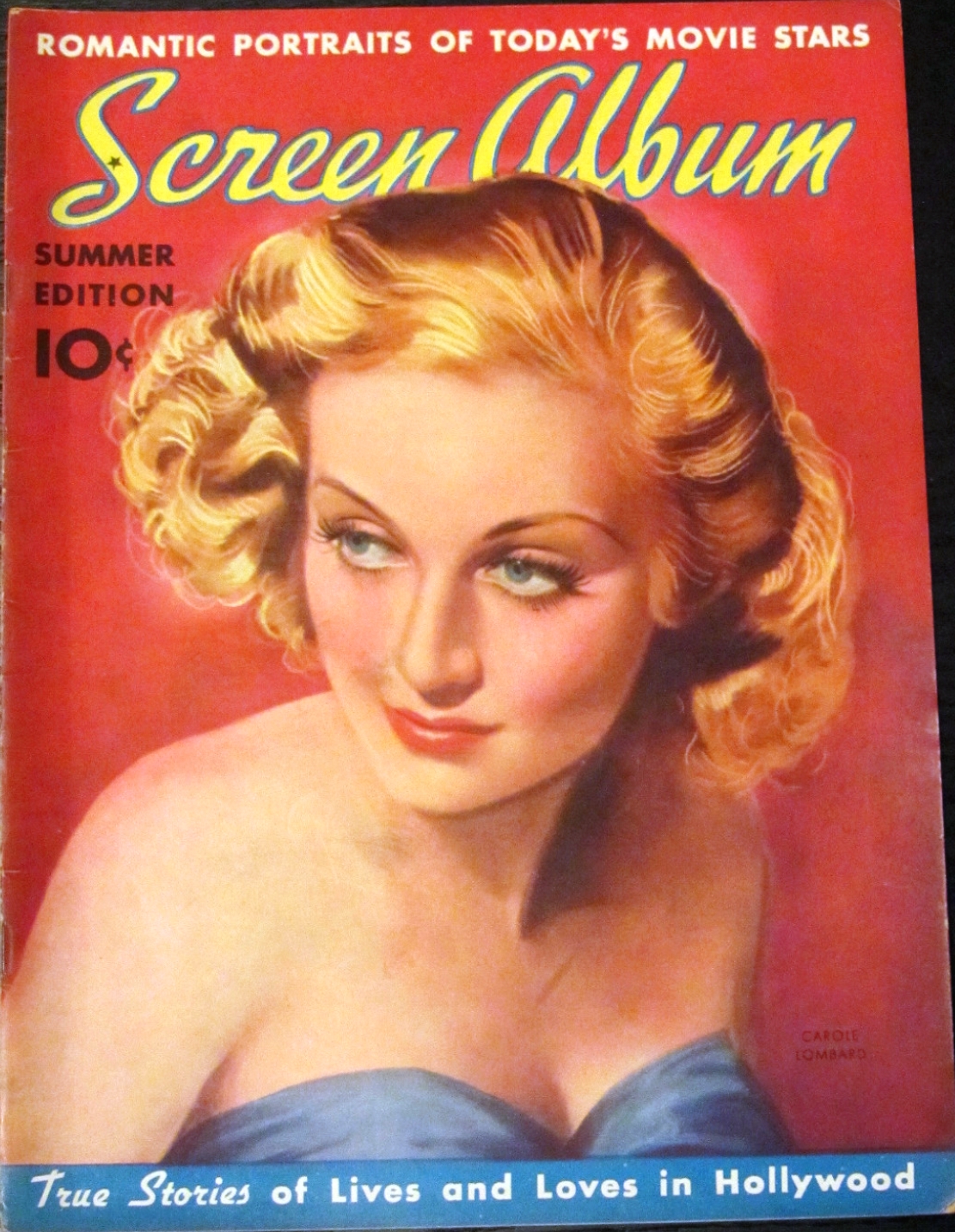 Dell Publishing put Carole Lombard on the cover of its Screen Album publication for summer 1938. But the publication previously was an annual, as shown by its title, Screen Album for 1937, with Lombard pal Myrna Loy and former co-star Warner Baxter ("The Arizona Kid") on the cover: 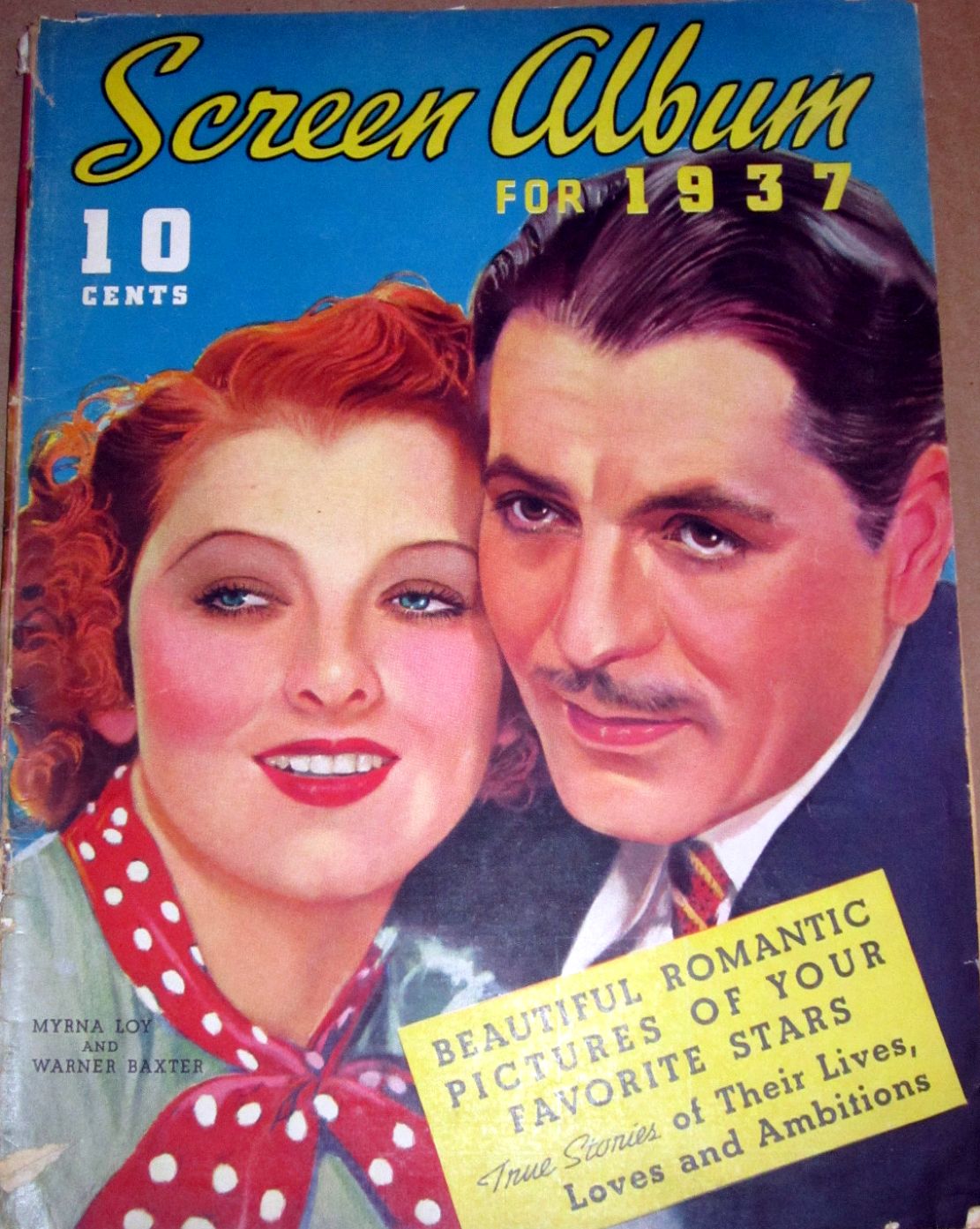 Carole was in this issue, too, appropriately on a page facing current squeeze Clark Gable: 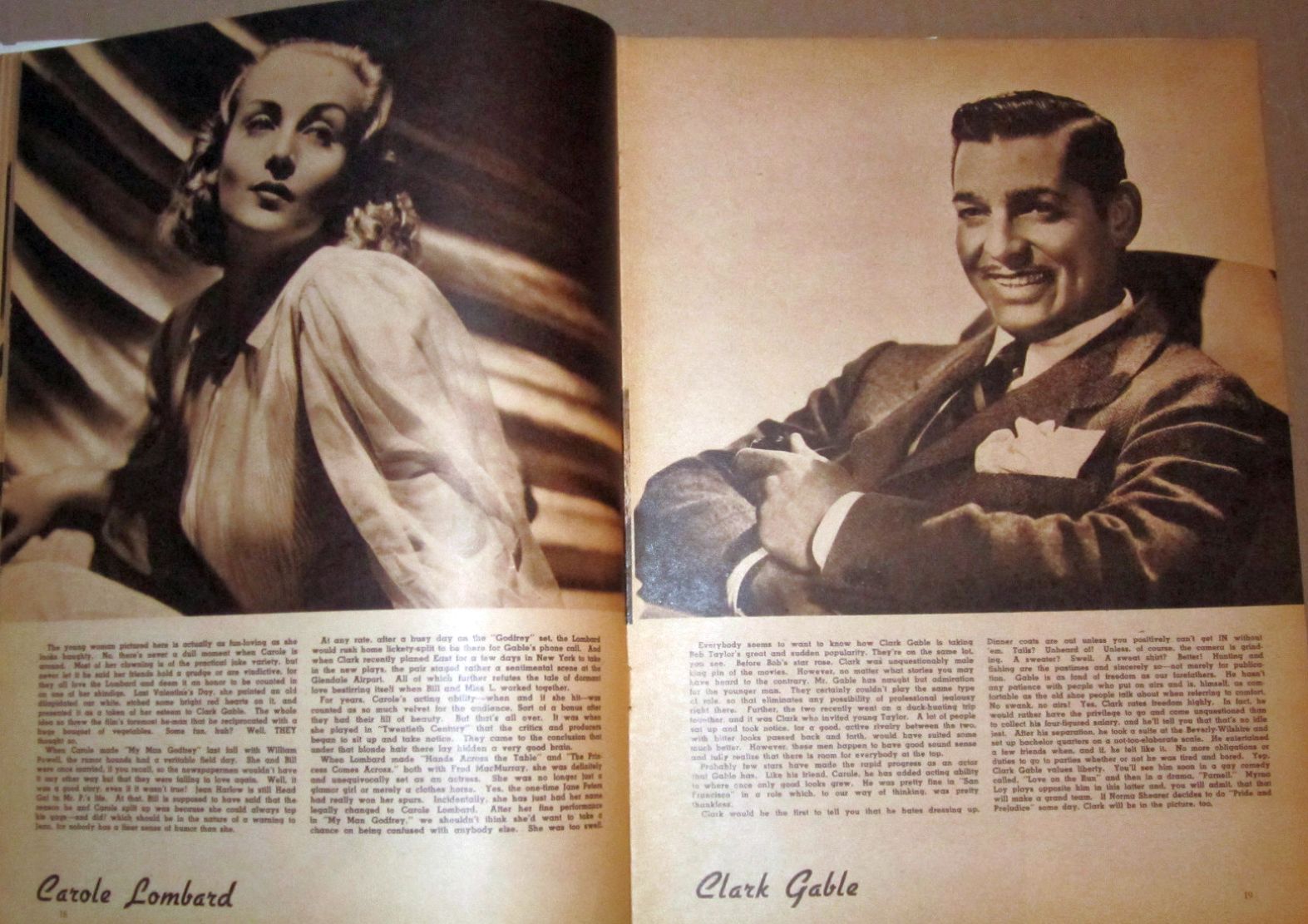 Can't read the copy? Then let's enlarge it:

With the reference to Carole recently changing her name from Jane Peters, discussion of "My Man Godfrey" and Jean Harlow noted in the present tense, this appears to have been issued near the end of 1936.

Among the other stars profiled were Marlene Dietrich and Ronald Colman... 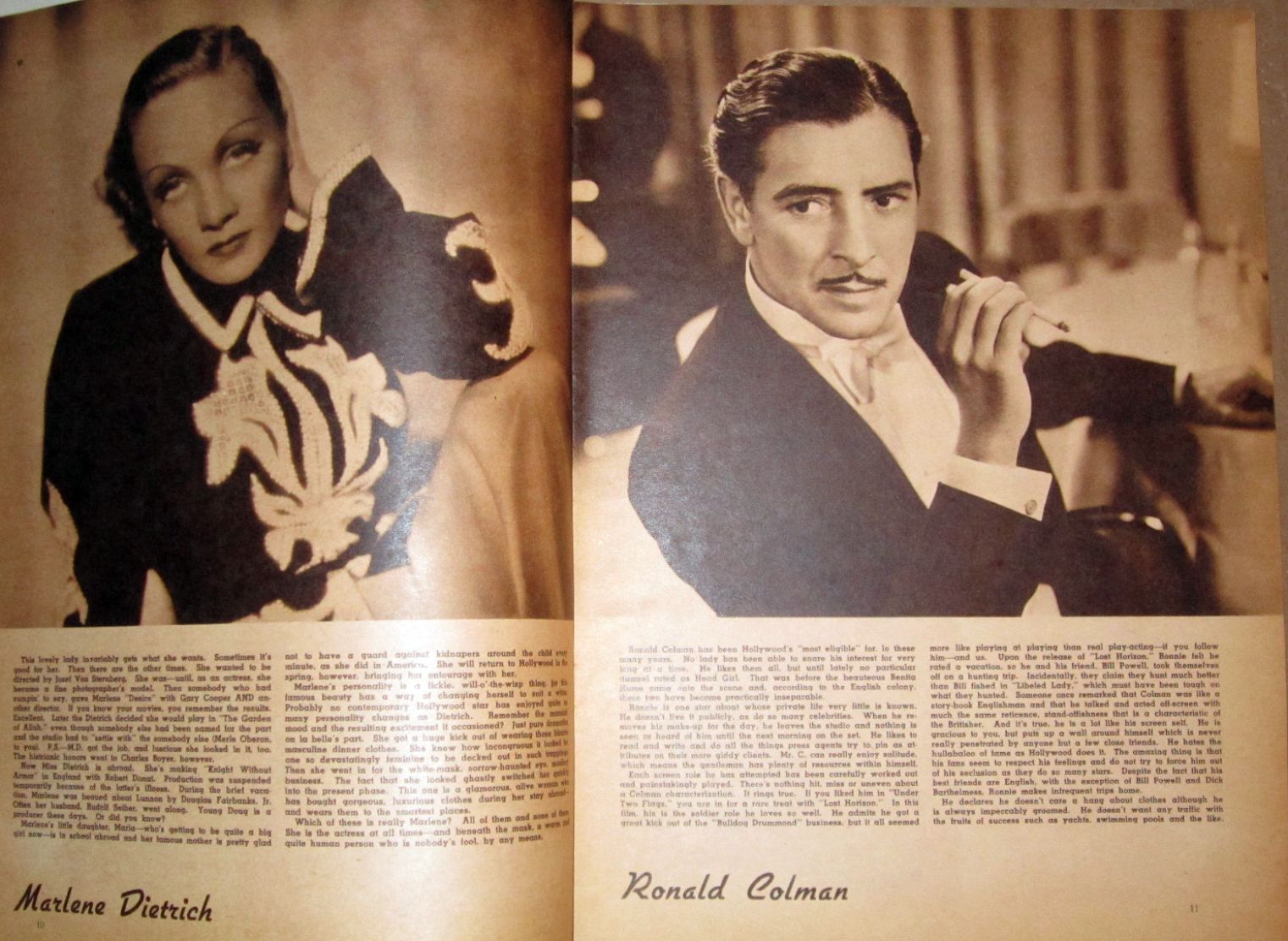 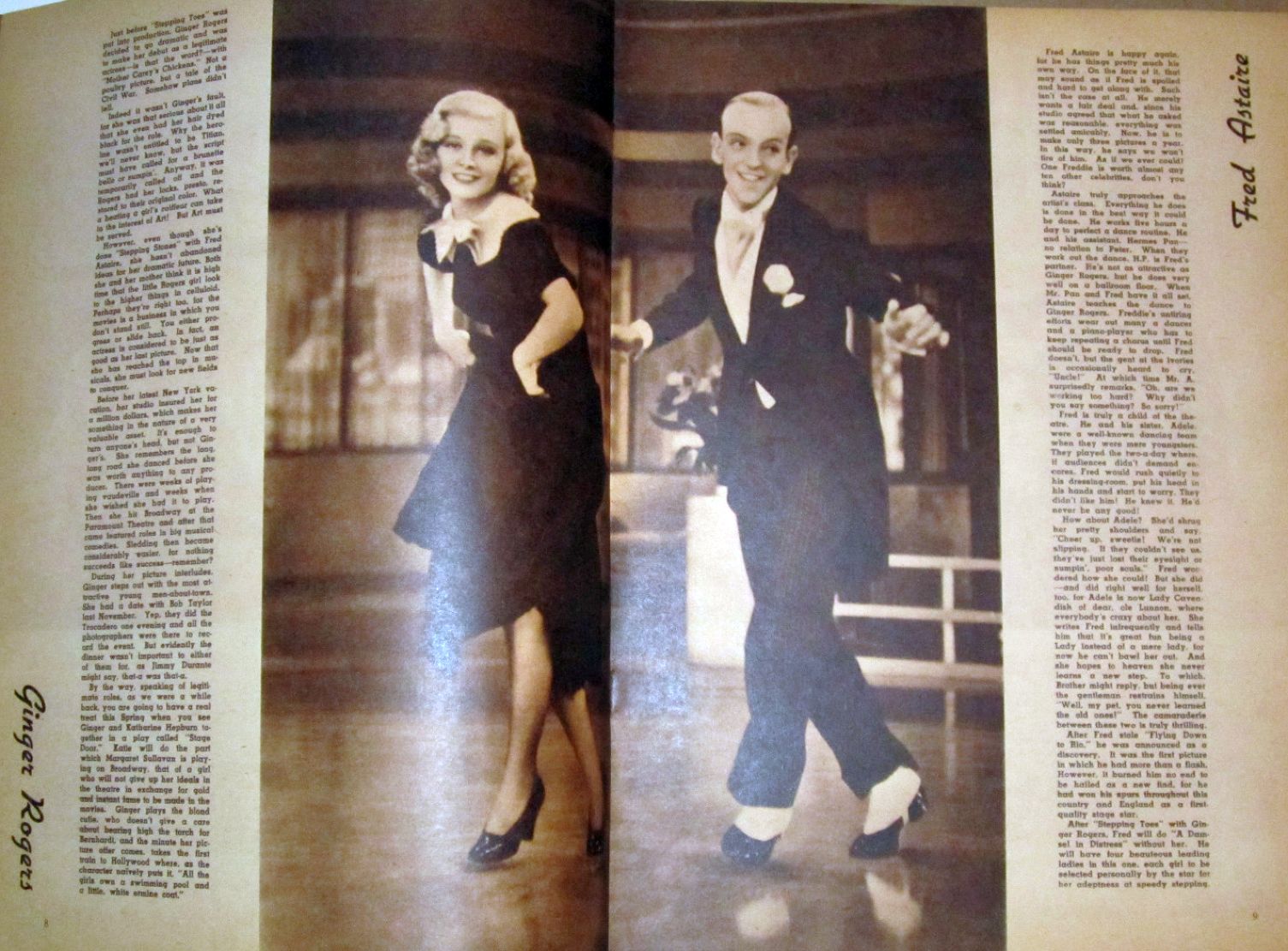 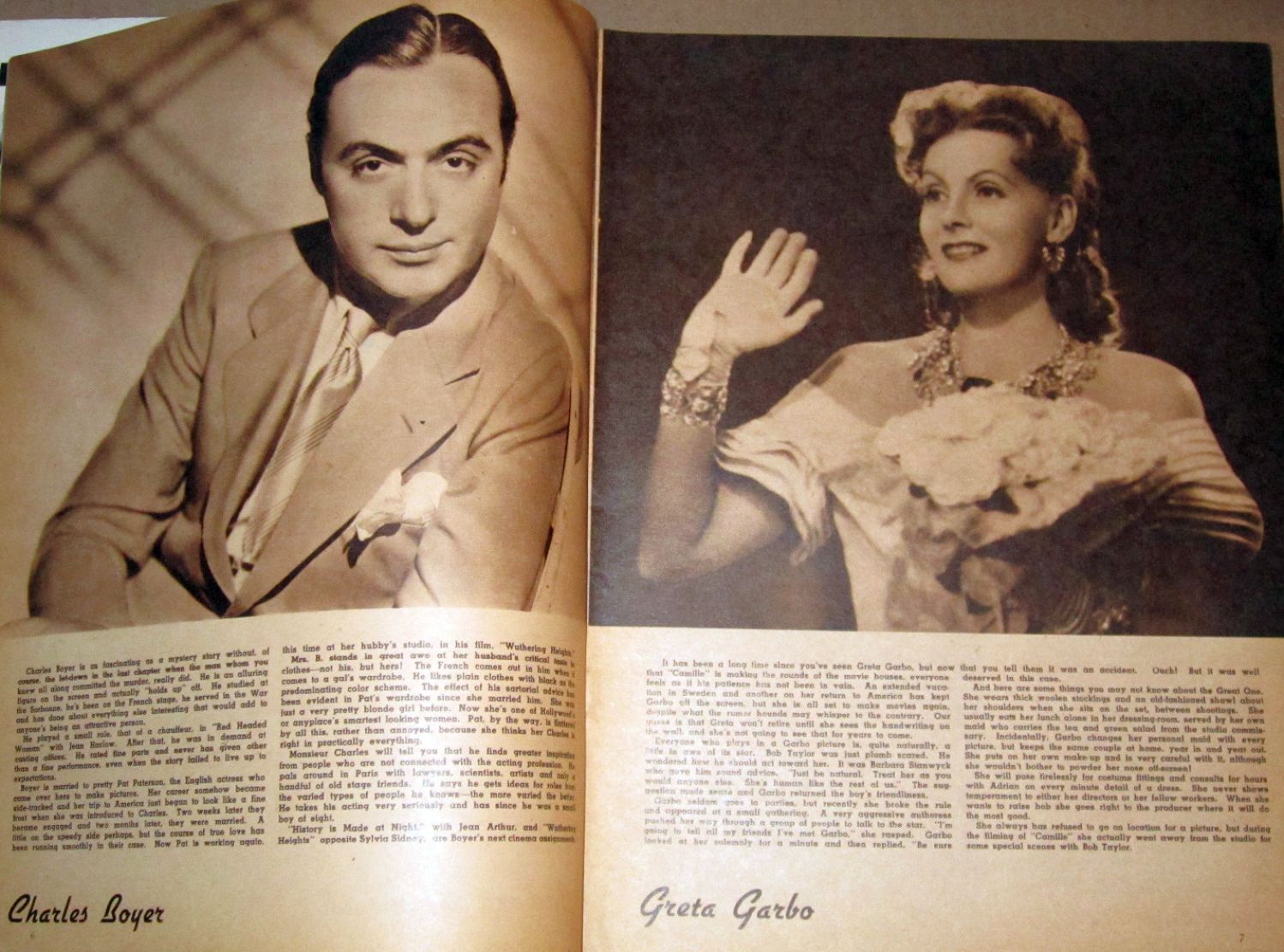 ...and Cary Grant and Jean Arthur: 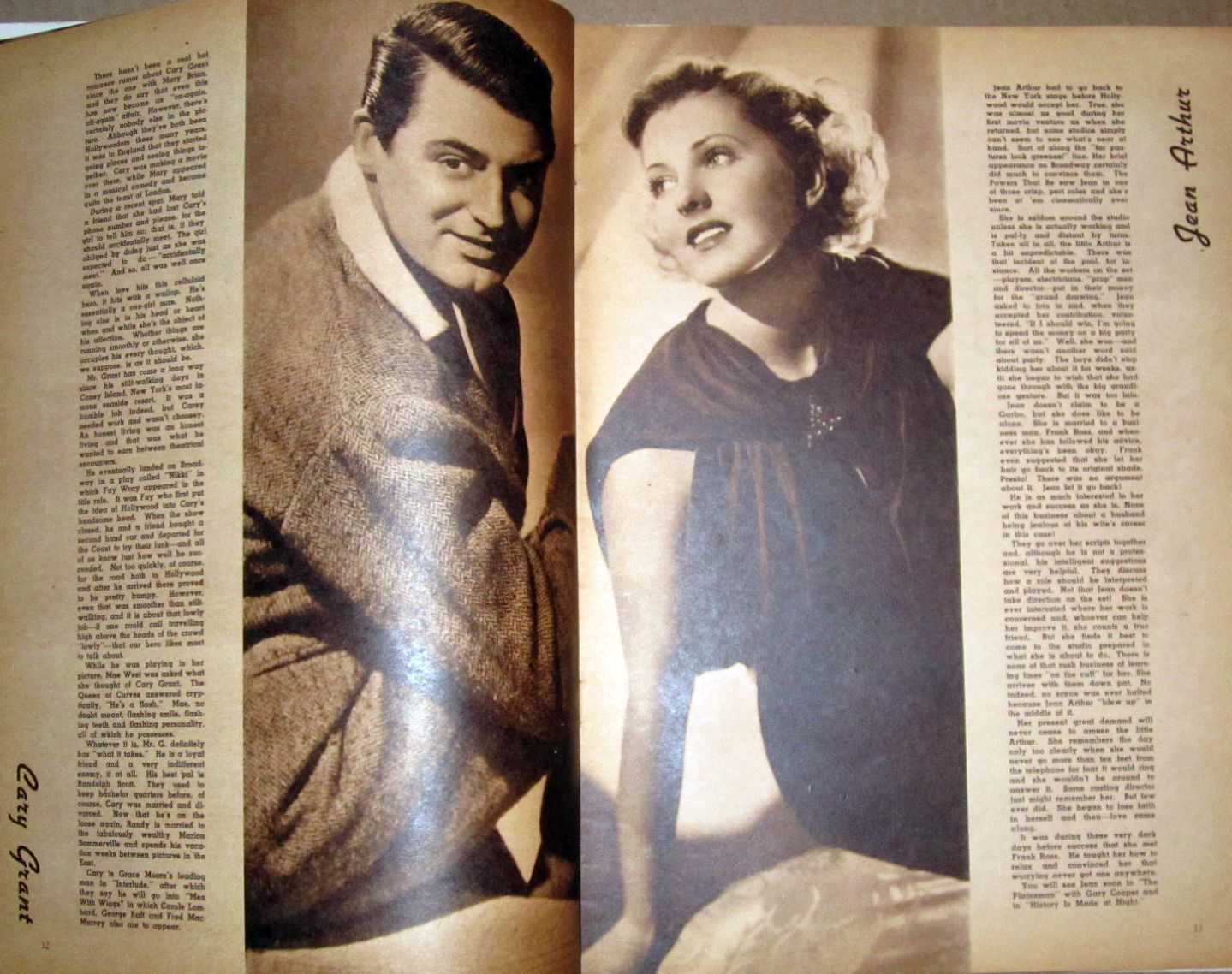 At the end of the Grant copy, it said one of his upcoming films would be "Men With Wings," co-starring Lombard, Fred MacMurray and George Raft. Paramount indeed made a movie by that title in 1938 (directed by aviation enthusiast William Wellman), but MacMurray was the only one of the four in the finished production, joined by Ray Milland, Louise Campbell and Andy Devine.