Two rare behind-the-scenes images of Carole Lombard have found their way to eBay. First, here's Carole at work on "The Princess Comes Across," in between noted character actress Alison Skipworth and director William K. Howard: 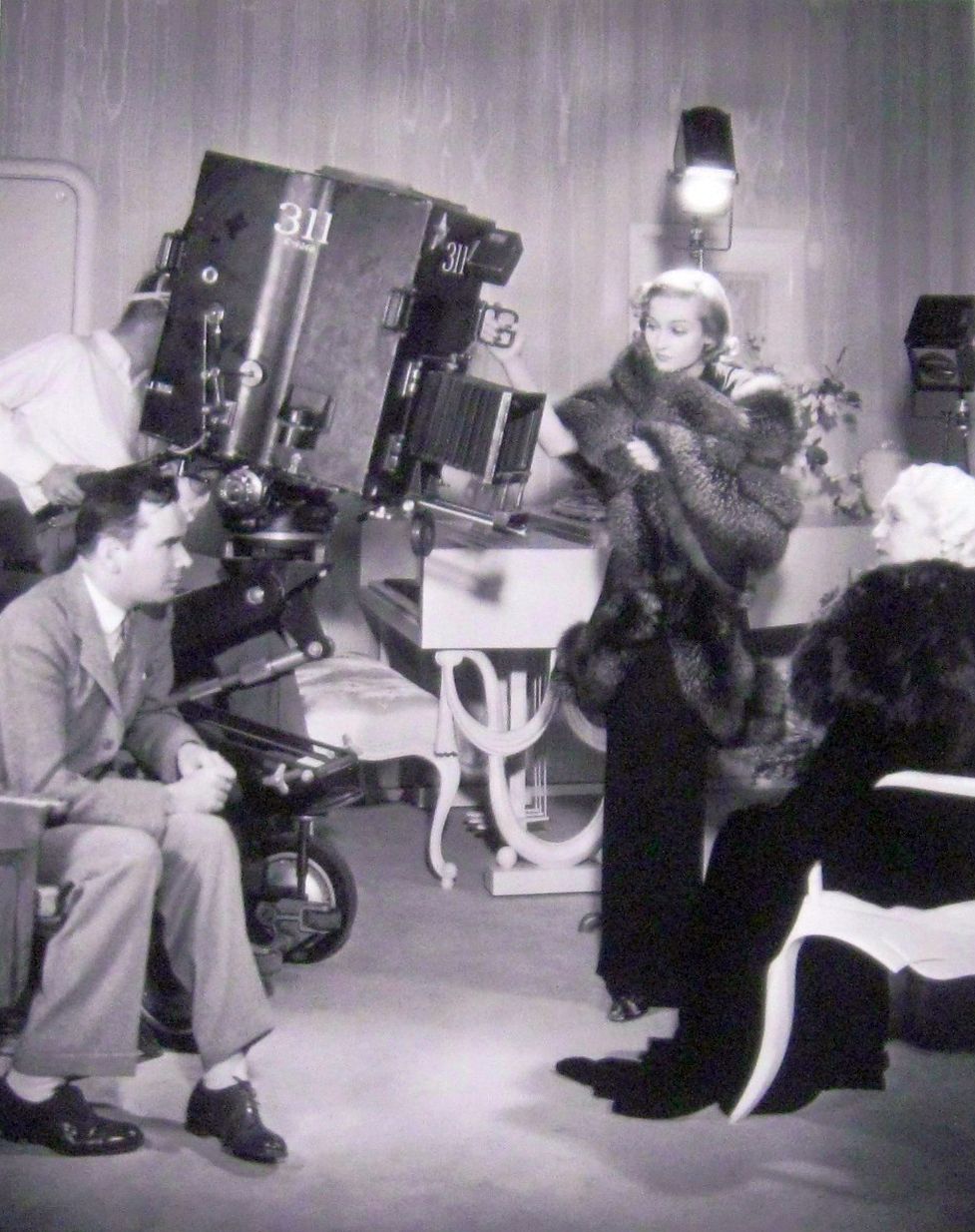 This may have been issued by Paramount at the time...but this particular print wasn't. For one thing, it measures 10" x 12 1/2" (though it's on archival weight paper measuring 12" x 16"), and it was printed by Bison Archives in 2004. Only 99 were printed, and this was the first (and is marked accordingly); it's in mint condition.

The other photo is in considerably worse shape, but is nonetheless fascinating: 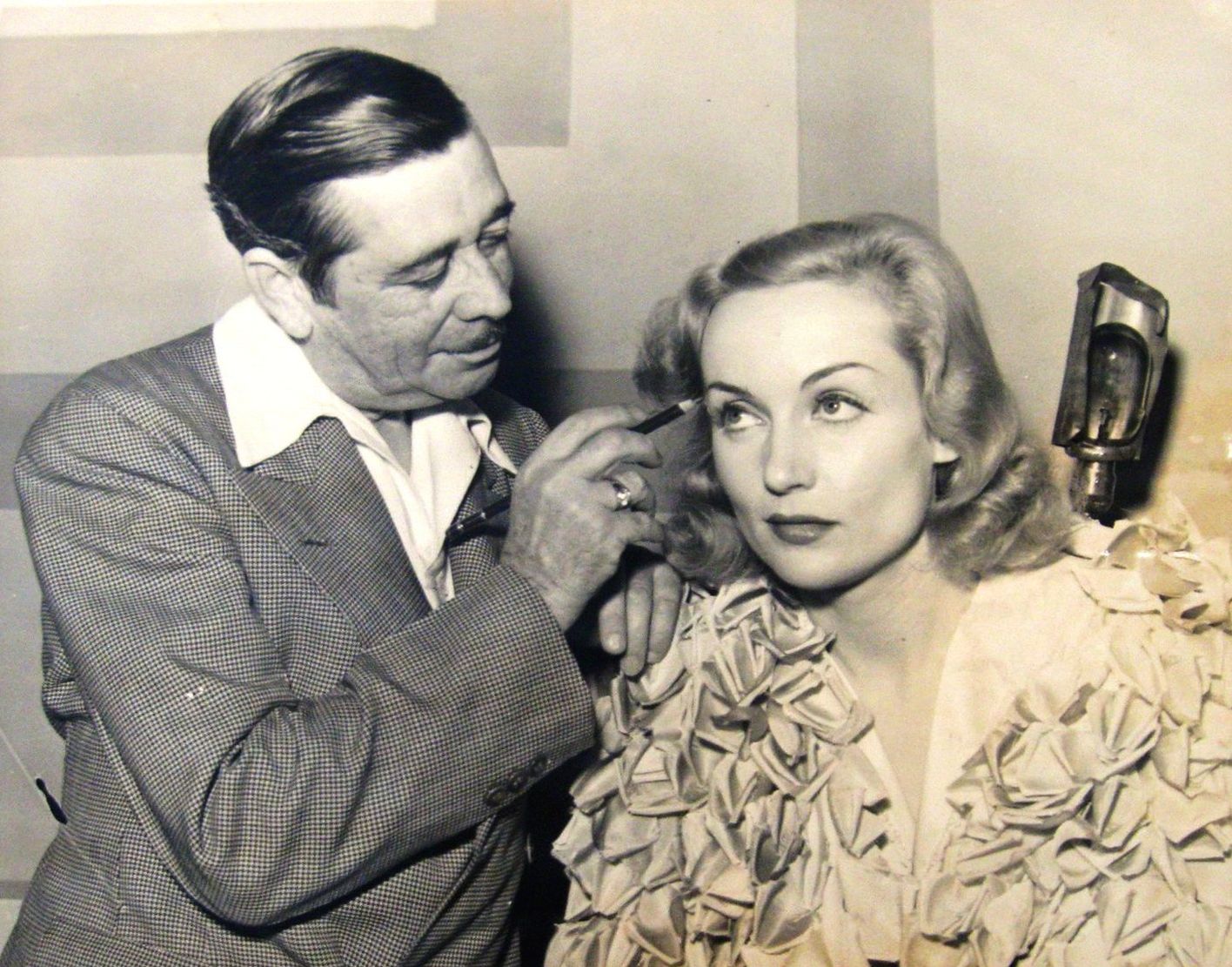 With Lombard is Paul Stanhope Sr., a noted makeup artist. His date of birth is unknown, but he died in 1960. (His son, Paul Jr., also worked in the business for many years.) No Lombard films are shown on the elder Stanhope's IMDb profile, but the 1937 "A Star Is Born" and "Gone With The Wind" are listed, leading one to believe this pic has something to do with one of Carole's movies for Selznick International, either "Nothing Sacred" or "Made For Each Other."

Here's the photo in full, showing its rather lackluster condition. There is some wear on the edges, according to the seller.: 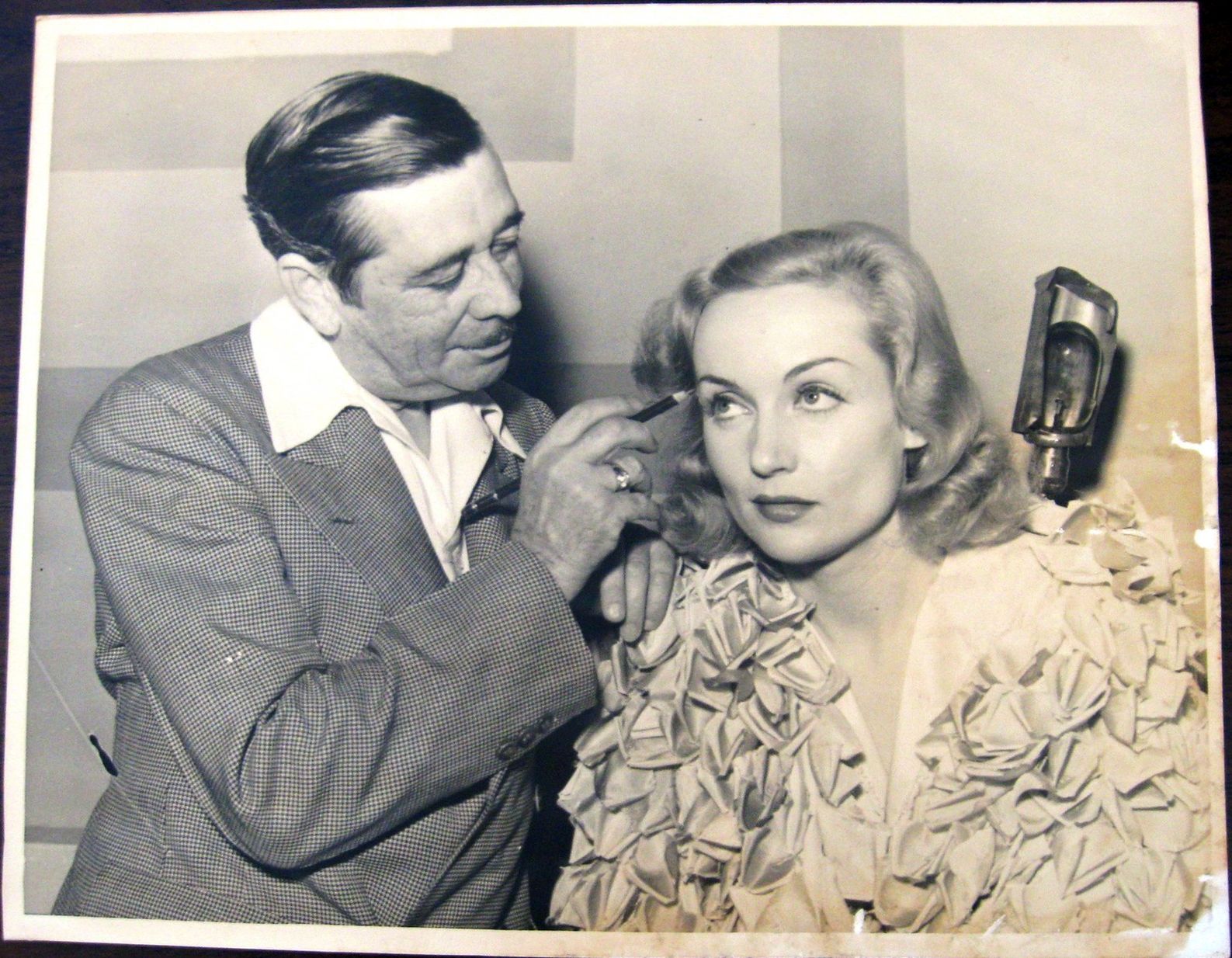