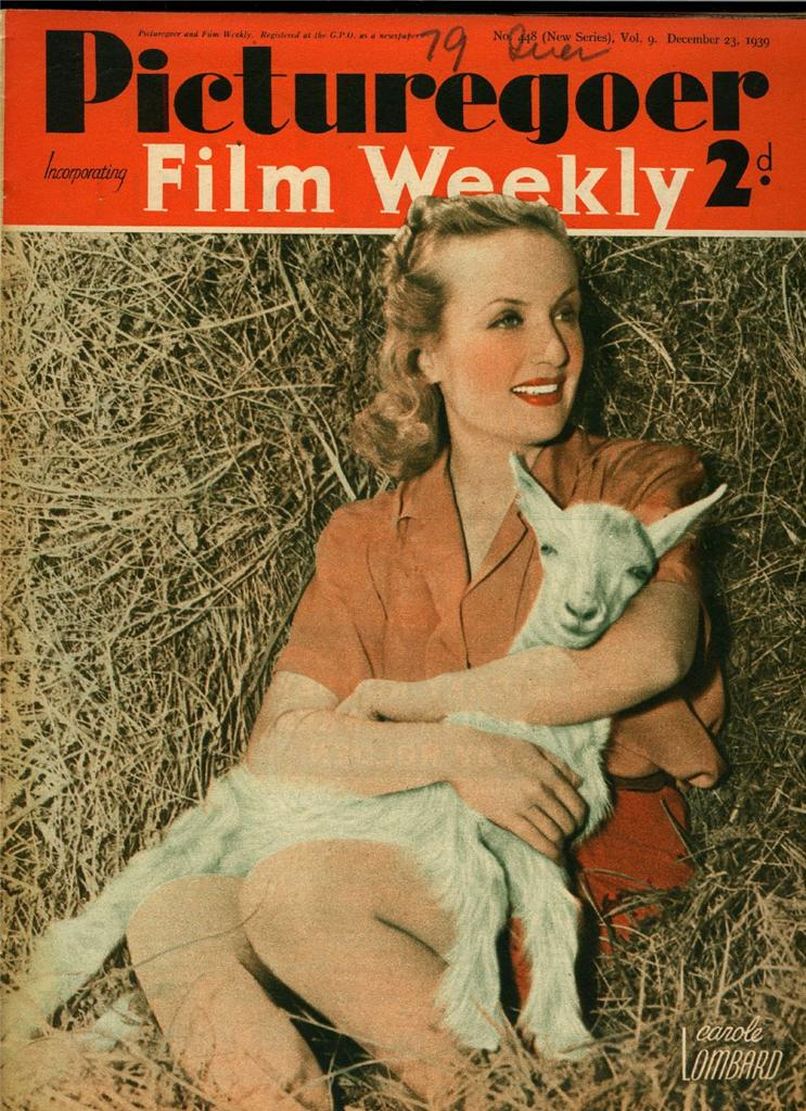 We've run this image before -- Carole Lombard, holding a goat, on the cover of the Dec. 23, 1939 issue of the British film magazine Picturegoer. But what we didn't know was that inside the magazine was a fascinating article about her: 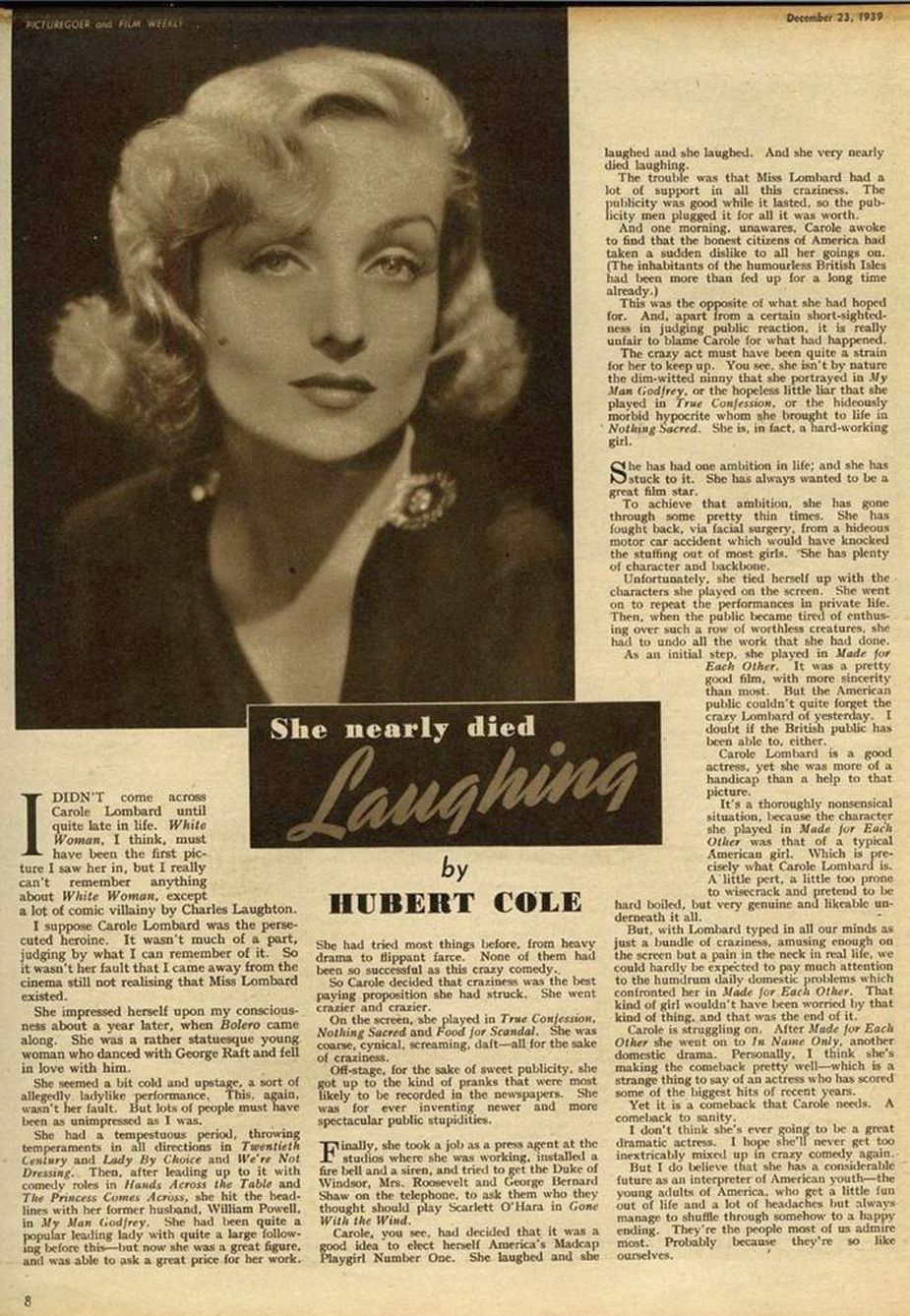 It's an interesting perspective on Carole from the other side of the pond. The writer, Hubert Cole, believes that Lombard intentionally changed herself in the wake of the huge success of "My Man Godfrey":

"She had tried most things before, from heavy drama to flippant farce. None of them had been so successful as this crazy comedy. So Carole decided that craziness was the best paying proposition she had struck. She went crazier and crazier. ... Off-stage, for the sake of sweet publicity, she got up to the kind of pranks that were most likely to be recorded in the newspapers. She was forever inventing never and more spectacular public stupidities. ... Carole, you see, had decided that it was a good idea to elect herself America's Madcap Playgirl Number One. ... And one morning, unawares, Carole awoke to find that the honest citizens of America had taken a sudden dislike to all her goings-on. (The inhabitants of the humourless British Isles had been more than fed up for a long time already.")

From our point of view, based upon what we know about Carole, that opinion seems remarkably cynical. However, Lombard had long known the power of promotion and did what she could to cultivate it. "Publicity is an important factor in this game and I am not overlooking that fact," she said in a 1929 interview (http://carole-and-co.livejournal.com/197879.html), so there may be some sense in what Cole wrote -- though I think Cole underestimated just how popular she was in both the film community and with the general public. Any "dislike" may have been a by-product of movie audiences tiring of screwball comedies (and in Carole's case, her misfire in "Fools For Scandal").

There's another intriguing angle to this story -- nowhere in it does Cole mention Lombard's marriage to Clark Gable that March, or their headline-making romance in the three years before that. You could argue it isn't germane to the topic at hand, but I can't imagine any American publication ignoring it.

This issue also has "color" photographs of Priscilla Lane and John Payne, derived from black and white originals, as was probably the case for the Carole-plus-goat cover: 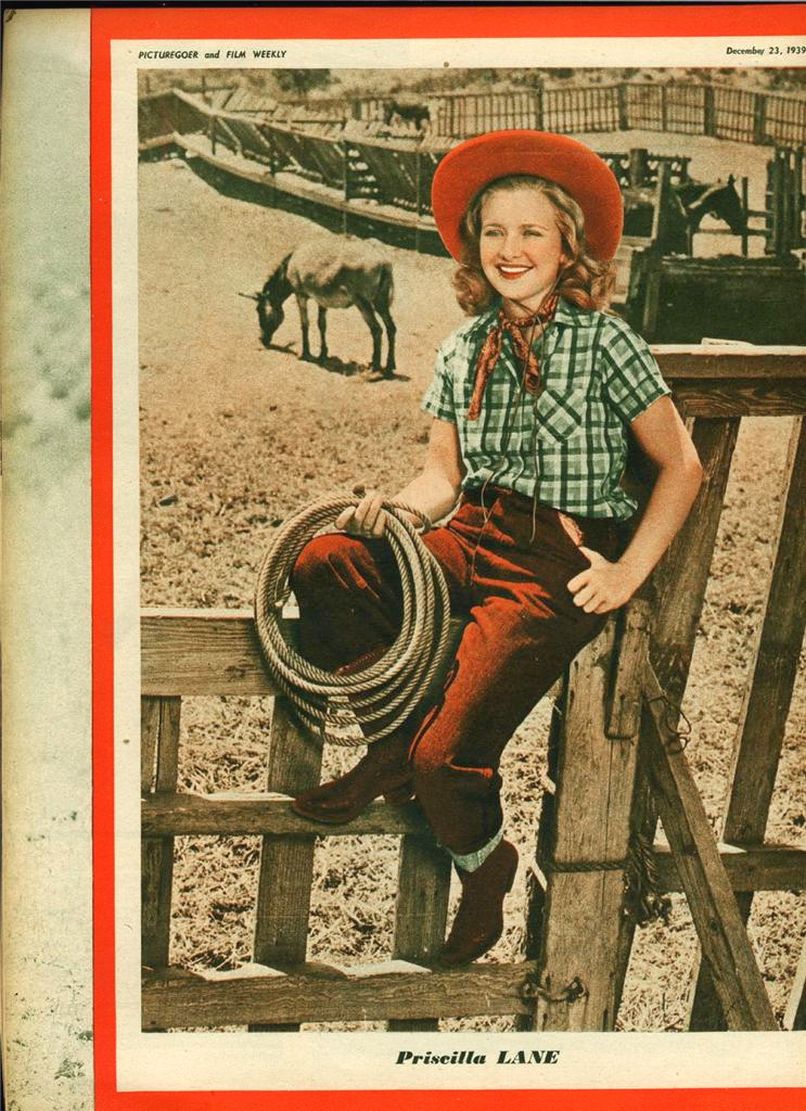 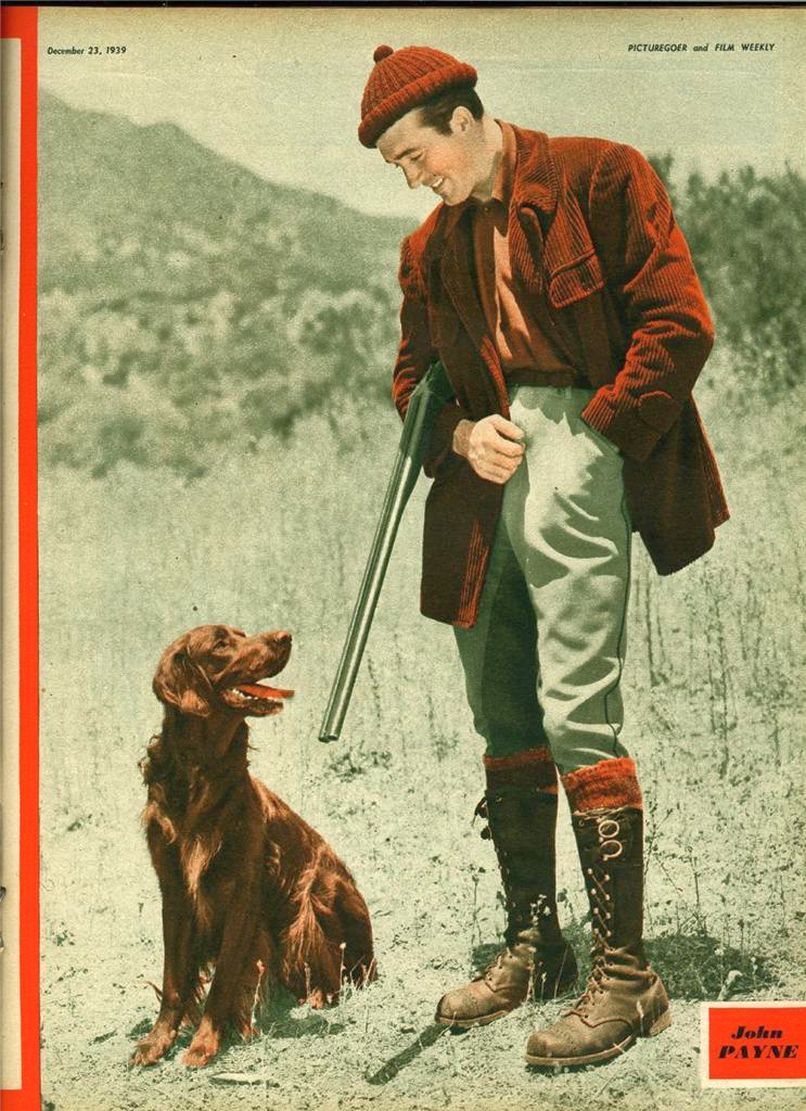 What on earth is Lombard doing holding a rope in front of a shadow of a fake palm tree? Posing for our latest LiveJournal header, Paramount p1202-99, that's what.
Collapse