Here's another Carole Lombard pic, this one taken with photographer John Engstead in 1938: 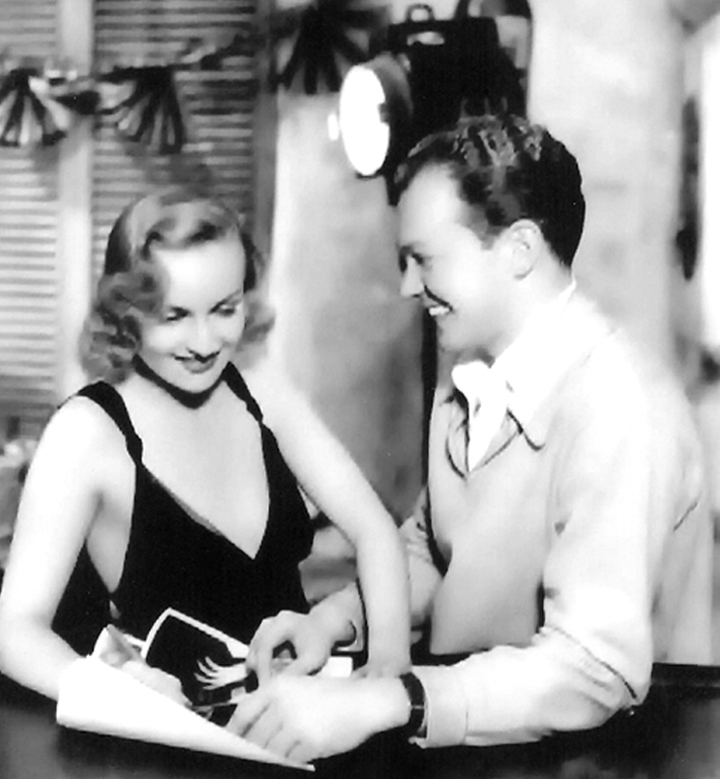 I don't know what photo they're looking at -- I initially believed it might have been Paramount p1202-495, which is unique among Carole's portraits in that it doesn't show her face, only her hands (http://carole-and-co.livejournal.com/341450.html), but a glance at the photo-within-a-photo show the hands to be in a different position. Moreover, p1202-495 was taken several years before this was. The photo is apparently not an original, as it's printed on glossy film paper and measures 8" x 10", so there's no snipe to aid in photo detection.

Note: The photograph that earlier appeared in this entry was that of Ann Sothern, not Lombard. (I was somewhat doubtful it was Carole at the time I composed the entry, but I gave the seller the benefit of the doubt. I was wrong.)
Collapse