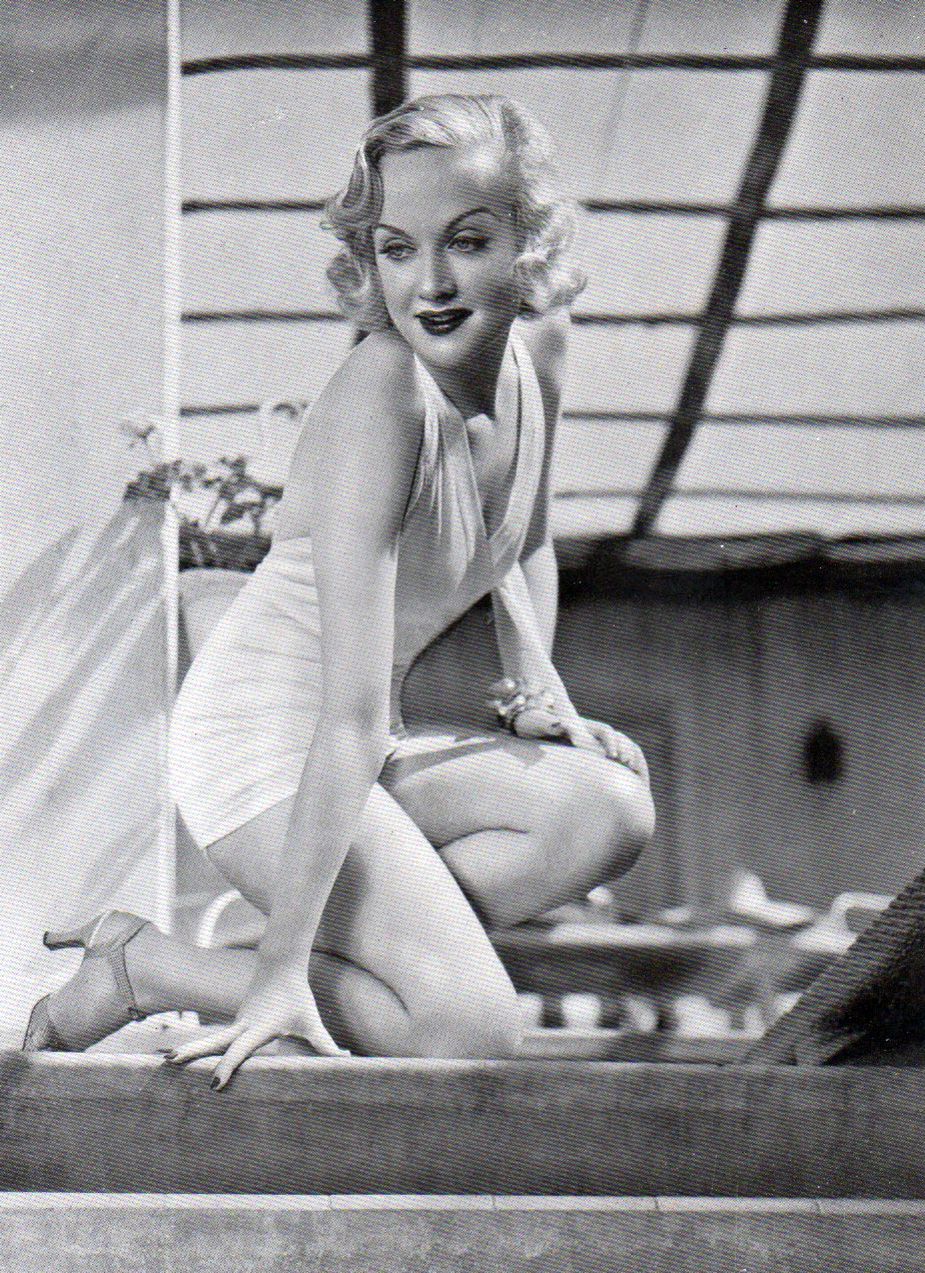 Carole Lombard: The water looks so beautifully blue -- of course it would up here! -- so I might as well kick off my shoes and get in...
(A voice shouts to her at the other end.) Mind if I join you in the pool?
(Carole turns, recognizes her and smiles.)
Carole: Not at all! Esther Williams, welcome! Once I heard the news, I sort of figured you'd come here first. Come on in -- the water's fine! 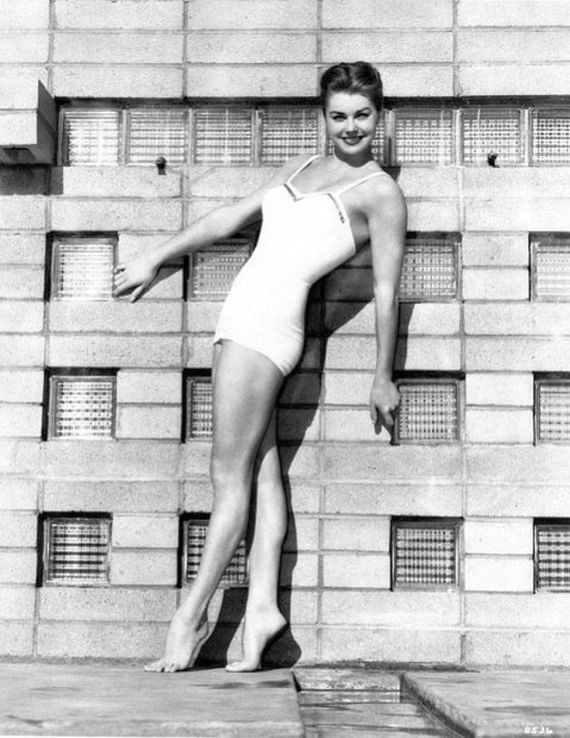 (Both dive into the pool.)
Esther Williams: I'm glad to be here.
Carole: We're glad to have you. And I'm glad we've finally met. You had work to do during that screen test with Clark.
Esther: Just as well. I was nearsighted that day, and I frankly didn't want your beauty to distract me (http://carole-and-co.livejournal.com/433930.html).
Carole: Thank you, but you too were a beautiful lady, and it looks as if you had a wonderful career -- both as a champion swimmer and as a movie star. A warm-weather Sonja Henie. (Esther laughs.)
Esther: I had a picture of that screen test with Clark at my home; it was something I treasured.
Carole: You'll appreciate this. Not long ago, I was chatting with Ginger--
Esther: Rogers?
Carole: Of course! She said that because of you, all the women stars, herself included, had pools dug. She added, and I quote, "we all swam and we all got broad shoulders and didn’t need the shoulder pads anymore. Esther made athleticism look beautiful.” (http://www.carrierickey.com/blog/the-esther-williams-effect/) And as someone who ran track, played a pretty good game of tennis and did my share of swimming, I appreciate that.
Esther: I'm thrilled you and I can finally be friends.
Carole: Same here. I've met Ricardo, Fernando and others after they came up here, and they had nothing but nice things to say about you. Welcome aboard!
Esther: Hey, let's talk some more after we do a few laps. I'm sure we'll have some great stories to tell each other.
Carole: Sure. Let's go, mermaid! 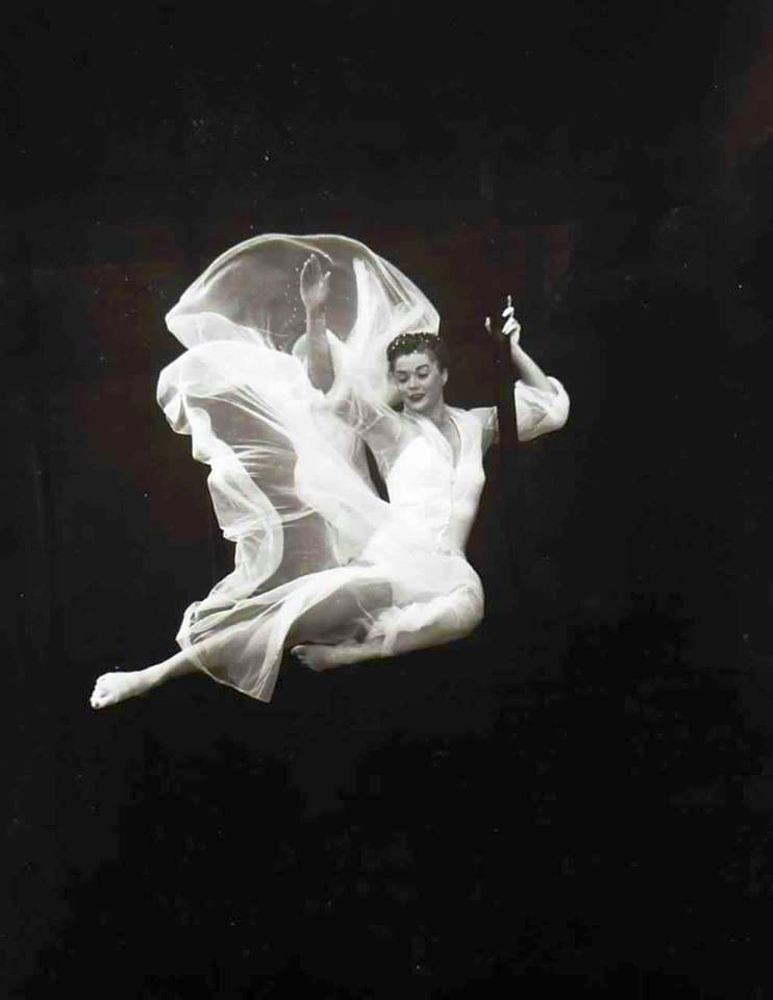 Hope you enjoyed that "Hollywood heaven" tribute to Esther Williams, who left us Thursday at age 91. The photo above almost certainly was taken via underwater photography, proof of her elegance. Since her passing, there have been all sorts of tributes to her in cyberspace, including a nice piece by Leonard Maltin (http://blogs.indiewire.com/leonardmaltin/remembering-esther-williams#). Like her MGM contemporary Cyd Charisse, she was an ambassador to classic Hollywood for younger generations, but never took herself too seriously; she had no pretensions or airs. 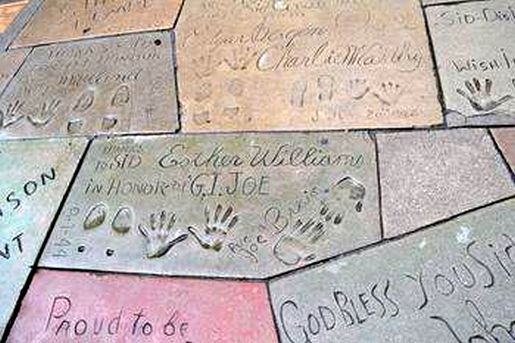 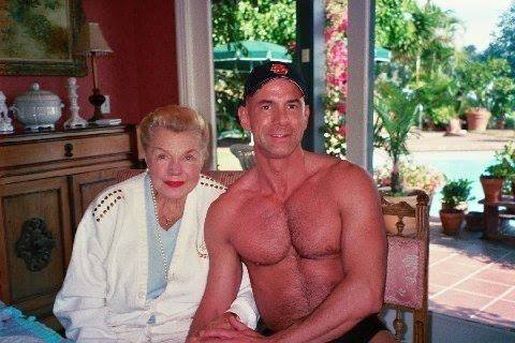 As many of you know, she was a friend of mine, a dear friend, someone I met one day over 10 years ago. She touched my heart, she changed my life. She took an interest in me and shared her wisdom and life experience with me. Some of her quotes were, "Persist!", "Rise above it all!", and "what part of the problem were you?" (She believed we all played a part in conflicts. Even if it's 90% them and 10% you.) Many others, I can't think of right now. She considered herself my mom. She taught me to swim, correctly, the Esther Williams way. I got it down. When we first met, we shared many afternoons in her pool at her home on the top of Beverly Hills (looking over Los Angeles). We played water volleyball -- she was a good hitter! She said to me one day, "Have you always been so nice?" The bonds that kept us together was the love of classic films, she felt very comfortable talking about her days at MGM with me. No one else cared so much. I told her of my friendship with Robert Osborne which we both shared. She had known him for many years. It bonded the three of us together. Sometimes she would say, "We" as if I was there. She was always amazed by my knowledge of classic film. She said many times, "You must have been there to know as much as you do!" She said, we have met before and we will again.

We will meet again, Esther! I know you are well, no pain, no illness. Thank you for being part of my life, Your love, thoughtfulness and wisdom changed my life. You will always be in my heart, forever.

And as one would expect from Turner Classic Movies, the channel is giving Esther -- a longtime friend of TCM -- a 24-hour tribute next week, beginning at 8 p.m. (Eastern) Thursday. The schedule: 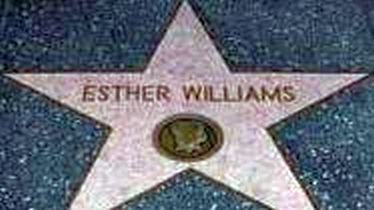