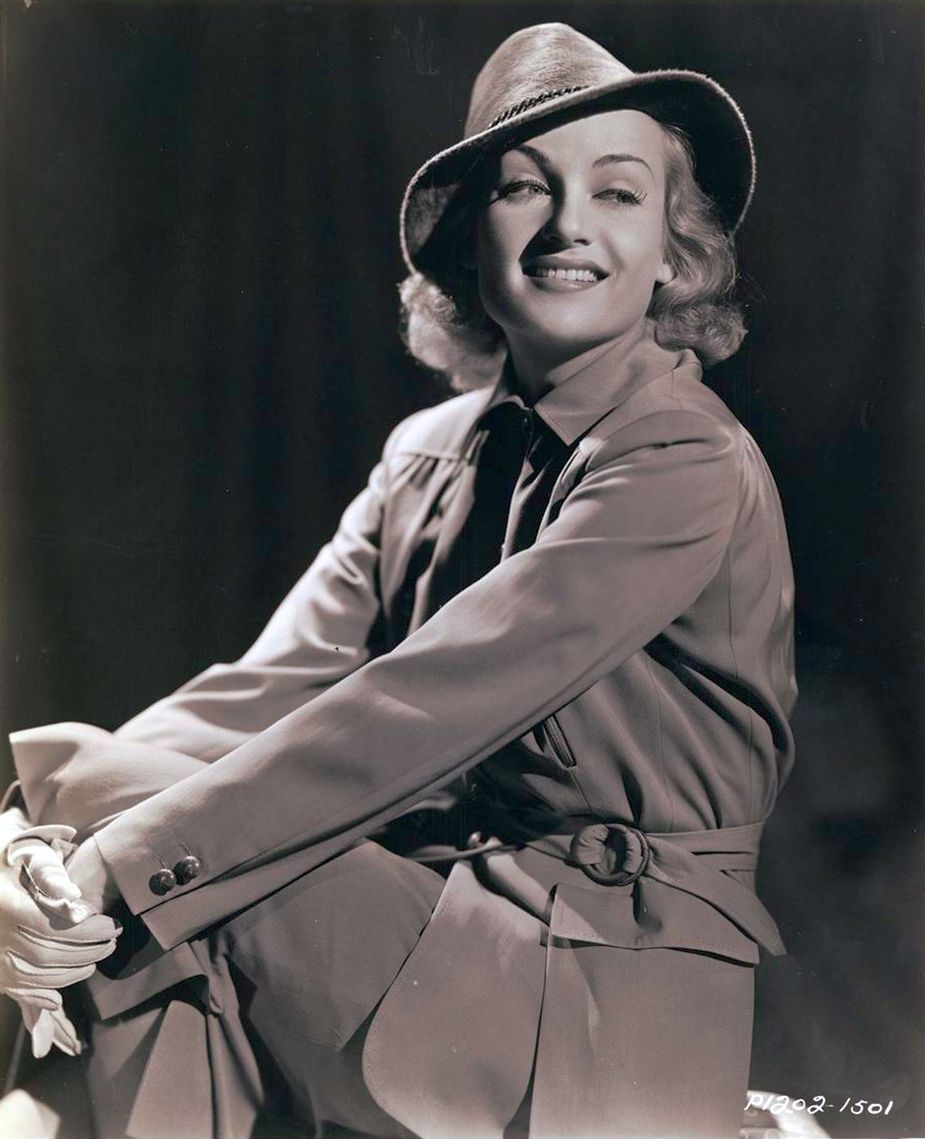 Being a movie star means you're issued invitations to all sorts of things, so Carole Lombard was used to being asked to attend a party. This one, however, wasn't the type of party she normally was sought for, and so she sent a letter expressing her regrets: 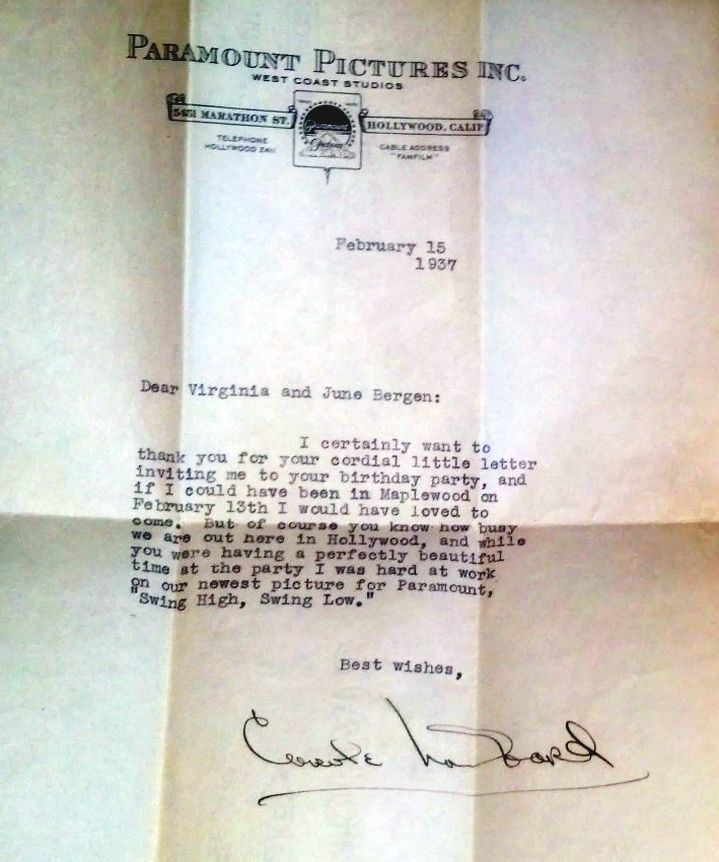 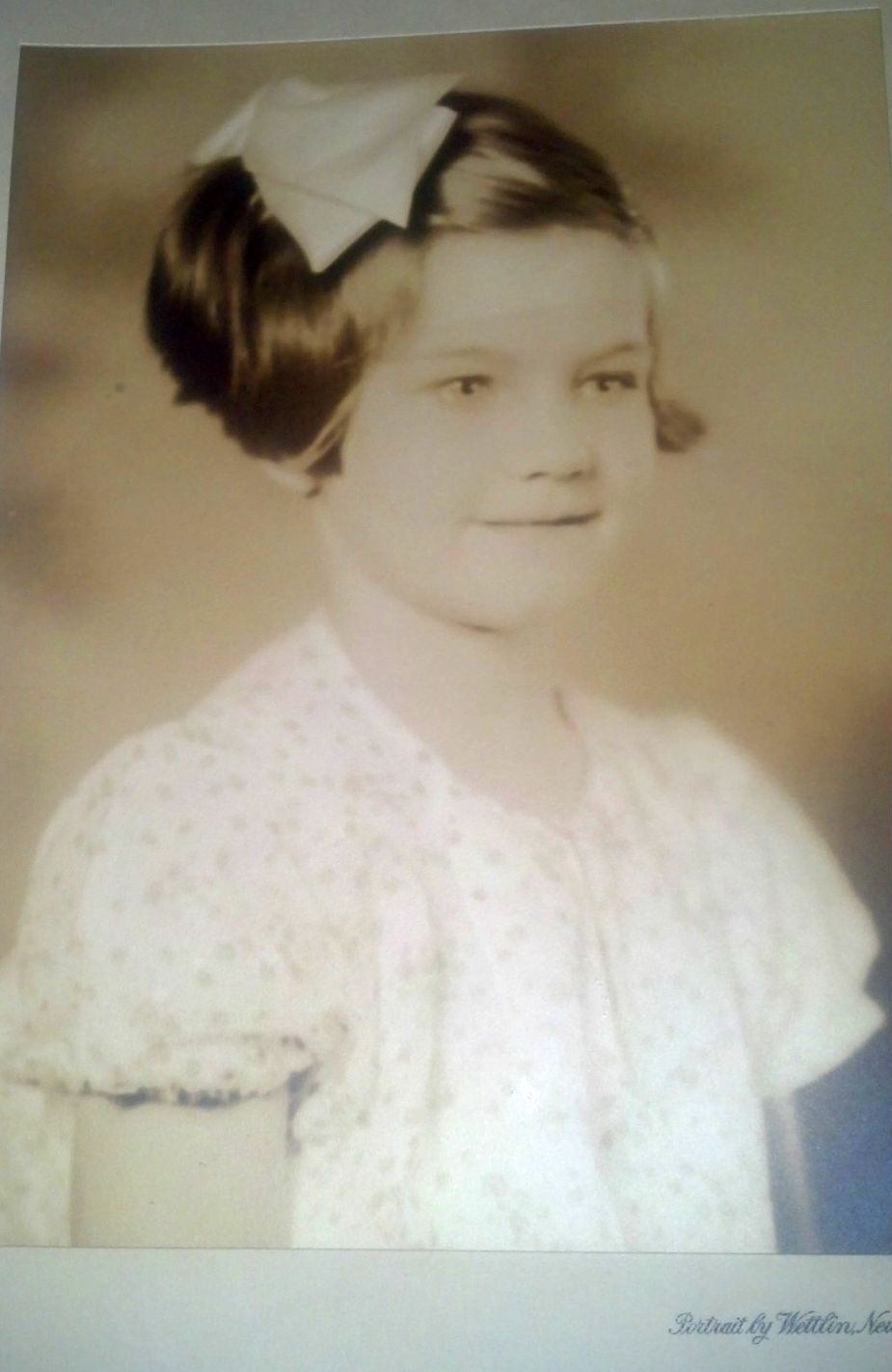 Yes, Lombard was invited to a children's birthday party.

One can imagine Carole's smile upon reading the invitation (probably recalling birthday parties of her youth, dating back to Fort Wayne days), and this reply was her hope that they weren't disappointed by her failure to attend...as well as a plug for her upcoming film, "Swing High, Swing Low." I'm not sure whether the child above is Virginia or June.

Now, some background. According to the seller, "This letter was found in a storage locker in Detroit which belonged to the general manager of a popular radio station. This letter was tucked away in a dresser drawer folded in this photograph." The signature is clearly genuine, signed in fountain pen, "in perfect shape."

To close this entry, an appropriate song -- the 2009 remastered version of the Beatles' "I Don't Want To Spoil The Party." A track on their late 1964 British LP "Beatles For Sale," U.S. listeners first became acquainted with it on the B-side of the single "Eight Days A Week." It's among the more countrified Beatles tracks (Rosanne Cash had a #1 country hit with it in 1989), and still holds up today.