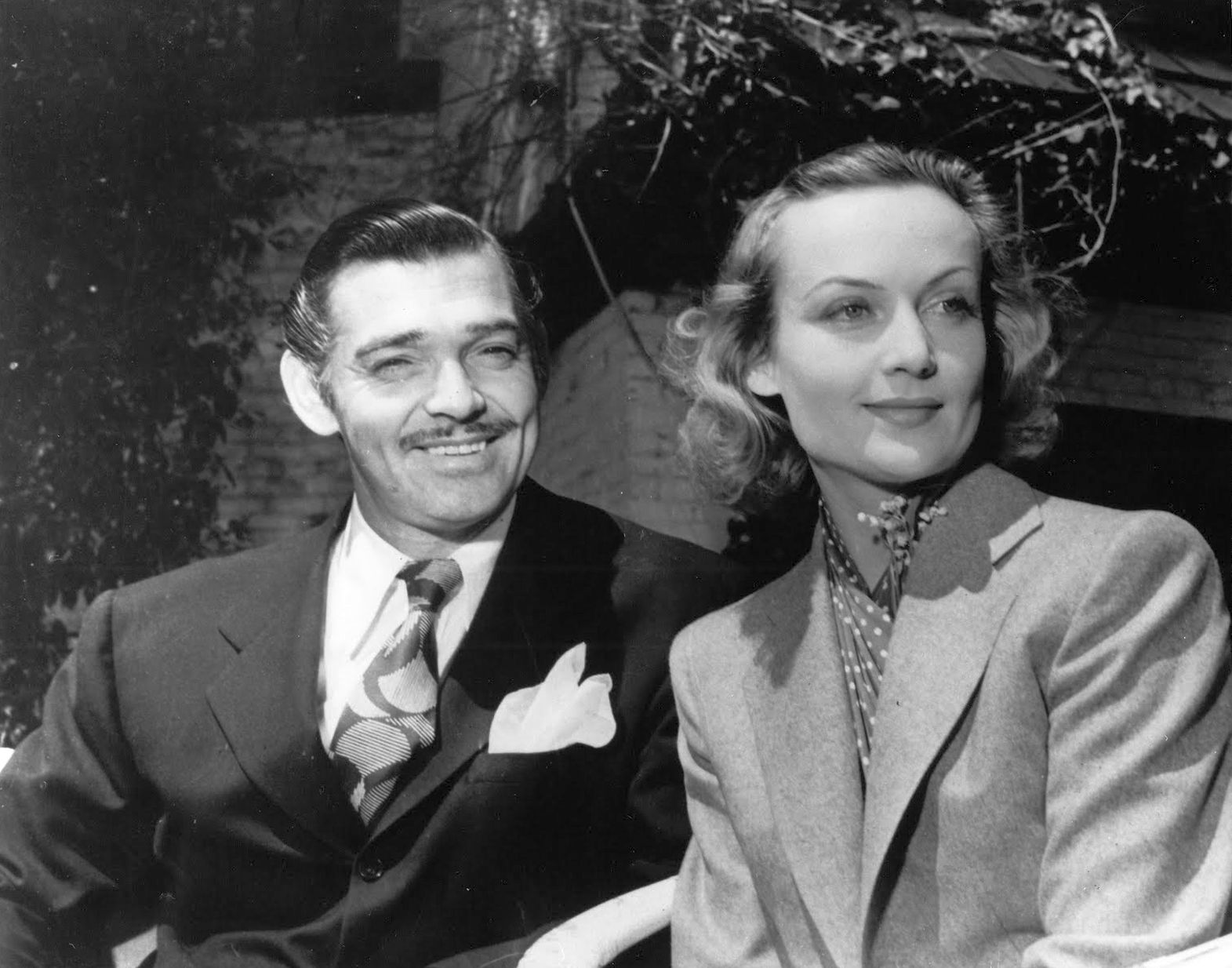 While most in the film community cheered the marriage of Carole Lombard and Clark Gable in late March 1939 -- both were among the best-liked people in the industry -- their relationship wasn't met with universal acclaim, particularly from those who had known Lombard since the early 1930s. She clearly wasn't the same person she was in pre-Gable times, which troubled quite a few.

Longtime fan magazine writer Gladys Hall noted this in a story, "What's The Matter With Lombard?", which I discovered not long ago in a book from 1977, "Hollywood And The Great Fan Magazines" by Martin Levin. The book compiled an assortment of fan magazine stories from the 1930s, and the following was one of them. Unfortunately, neither the magazine nor its date of publication were listed, leaving me stymied. Fortunately, some research led me to discover it ran in Modern Screen magazine sometime in 1939.

When in '39? Initially, it was hard to say. A caption refers to "Mr. & Mrs. Gable," meaning it went to press after late March. However, Lombard's upcoming film is described in another caption as "The Kind Men Marry," not its eventual title, "In Name Only." Since the May '39 Modern Screen ran another piece on Gable and Lombard, I guessed this was from the June issue...and I was wrong. A later eBay auction revealed this was from the September 1939 issue, with Myrna Loy and Asta (the dog actually got top billing) on the cover. 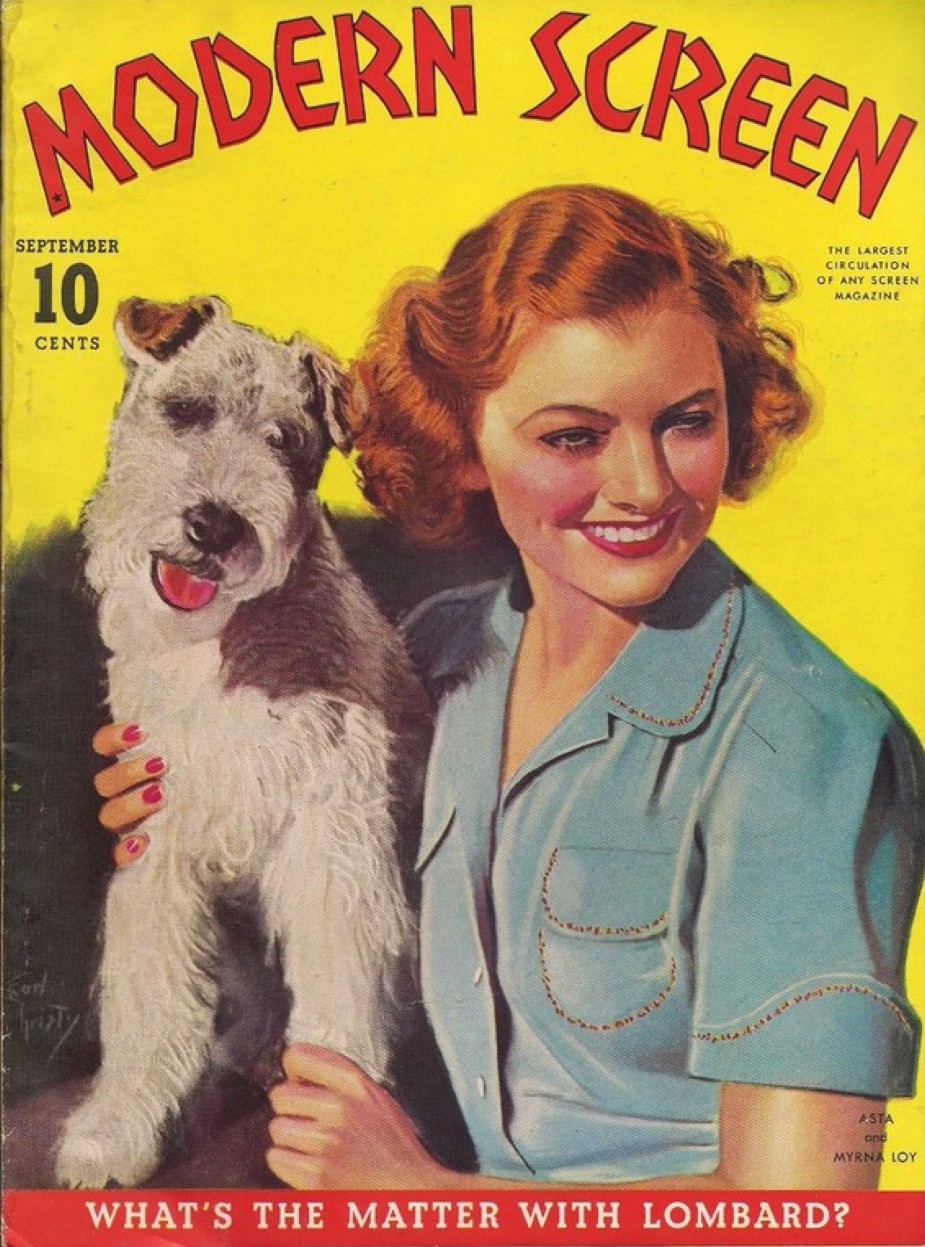 (Hall's papers, at the Margaret Herrick Library at the Academy of Motion Picture Arts and Sciences, indicate this article was finalized in January '39 -- if you read it, you'll note there are no references to a Gable-Lombard marriage.)

Anyway, here's the story, from a fan magazine writer who knew Lombard well: 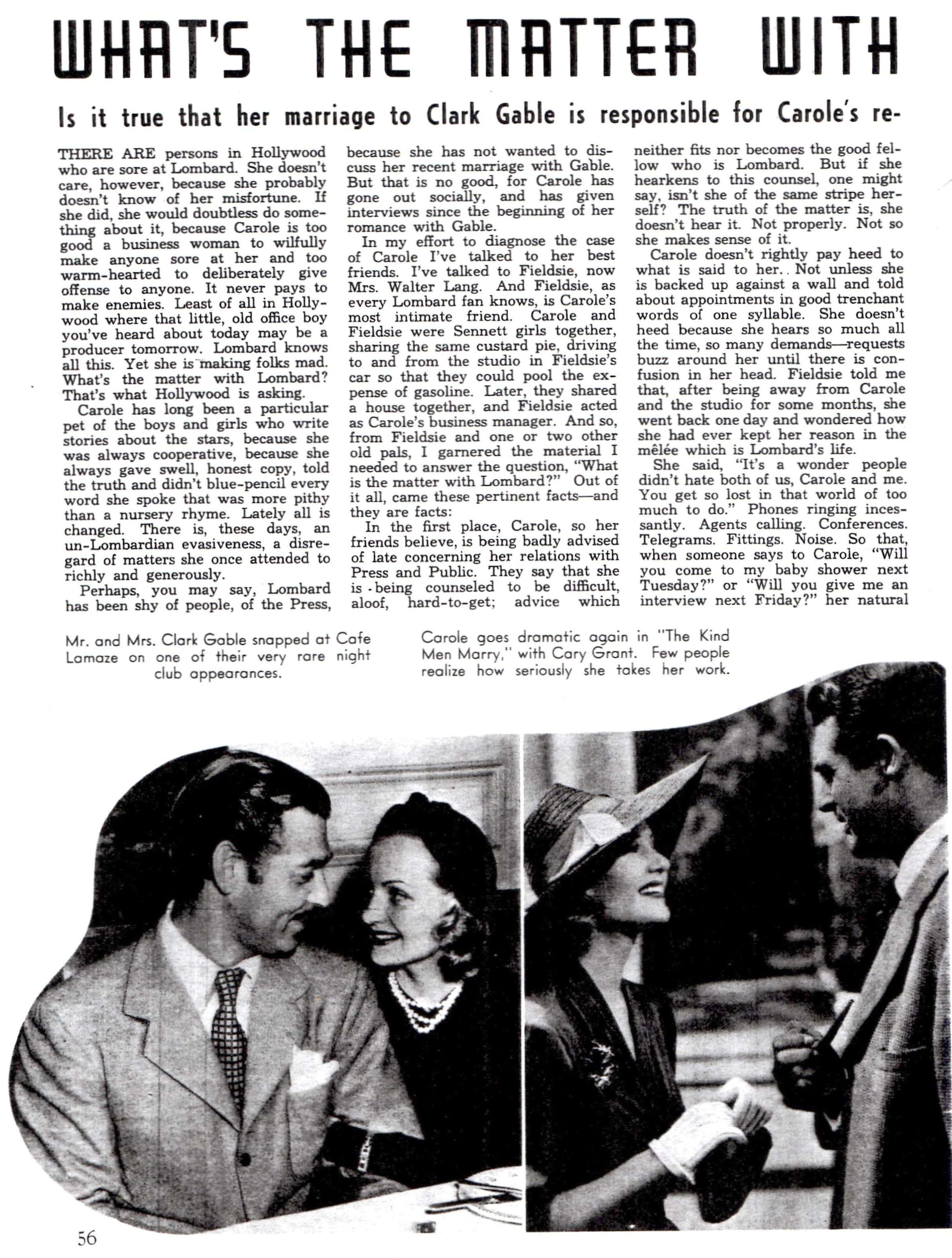 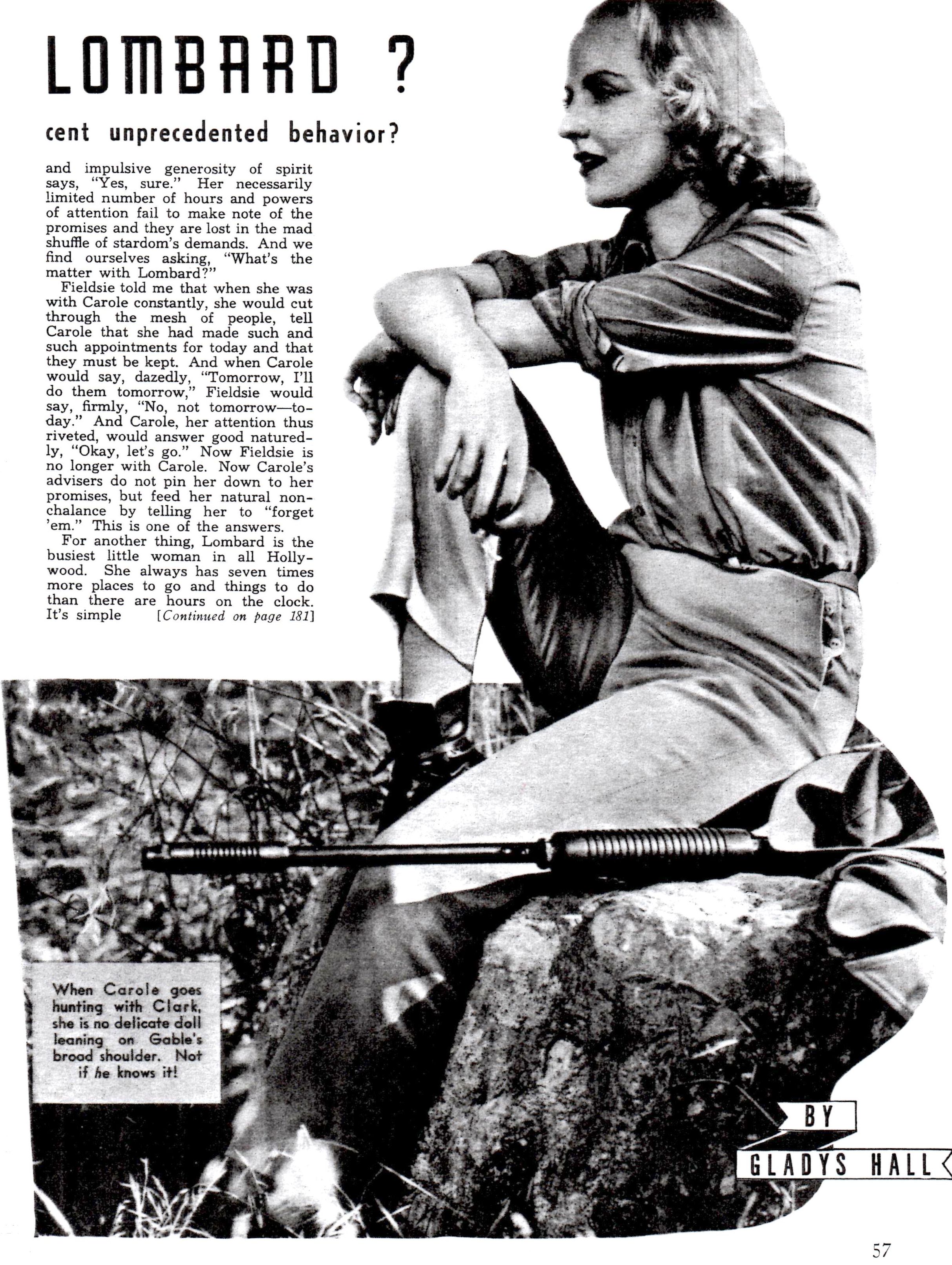 Since Madalynne Fields was no longer working for Lombard, she probably felt secure talking about her without fear of reprisal.

But Hall's conclusion was that nothing was the matter with Lombard; she was essentially the same she'd been other than that she was less the public person she had been in the mid-'30s. Then again, isn't that what happens to many of us once we get into a relationship?
Collapse