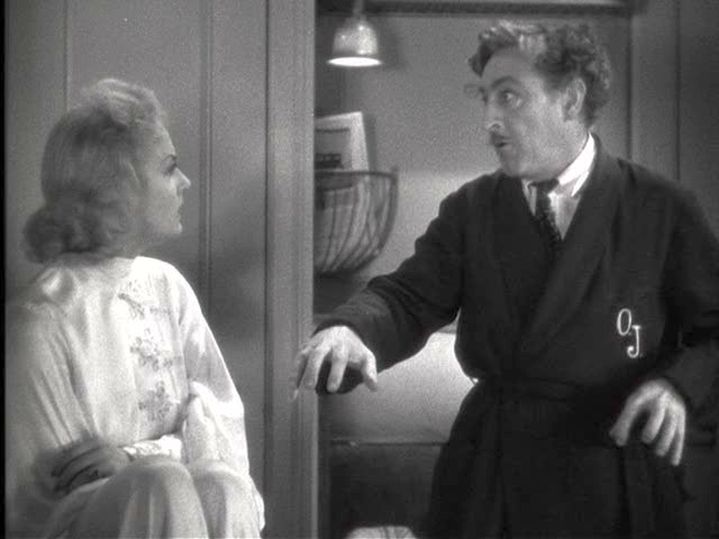 "Twentieth Century" proved to be the pivotal film of Carole Lombard's career, transforming her movie persona from diffident to dynamic. And this isn't based upon comments from critics several decades hence, but recognized at the time of its release in the spring of 1934.

That's evident from an article in the June 1934 issue of Shadoplay, the short-lived little sibling of Photoplay -- an issue featuring Loretta Young on the cover (done by Earl Christy): 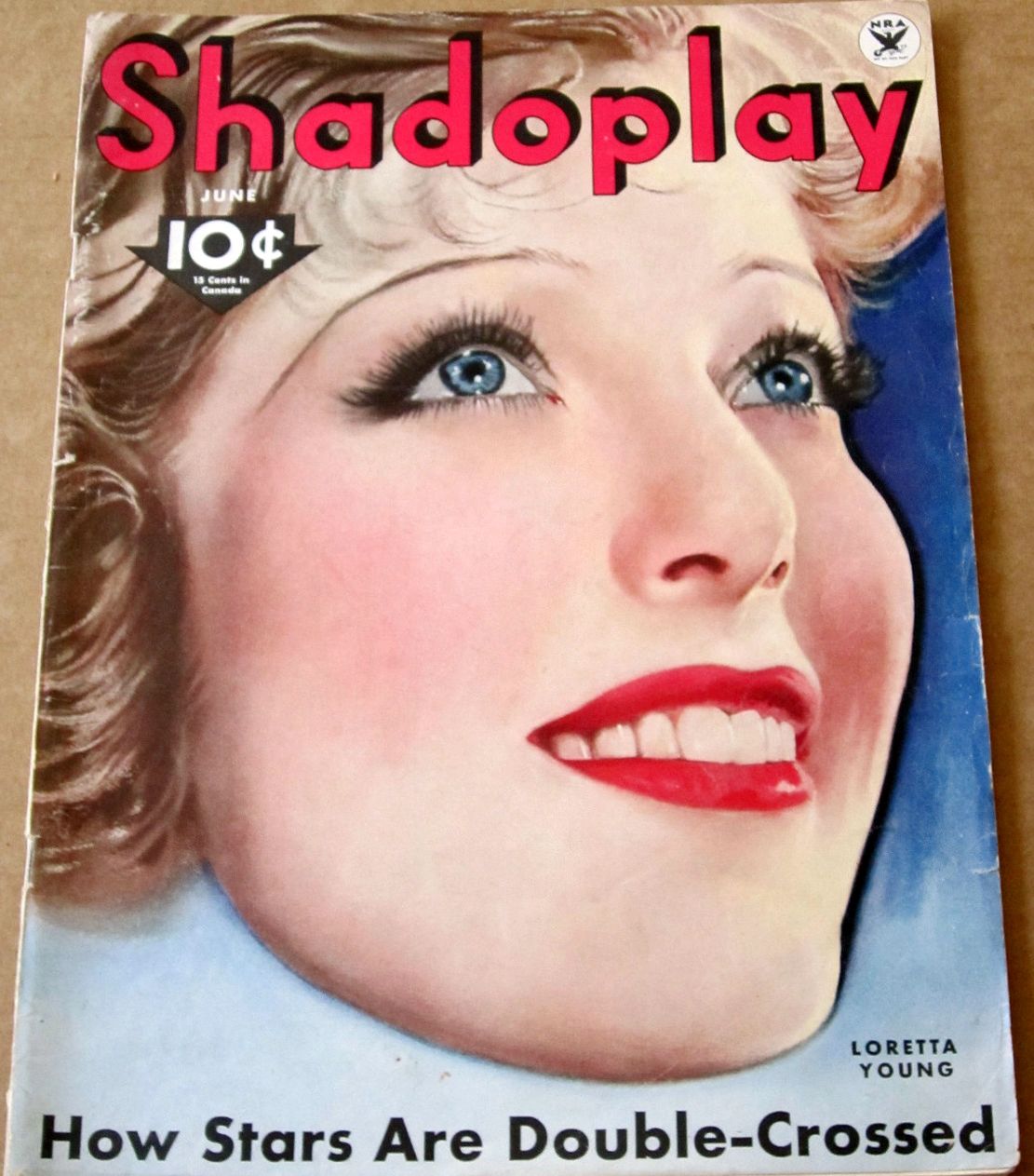 Inside, Carole told author William Fleming how co-star John Barrymore helped her shed the stilted inhibitions of Lombard performances past: 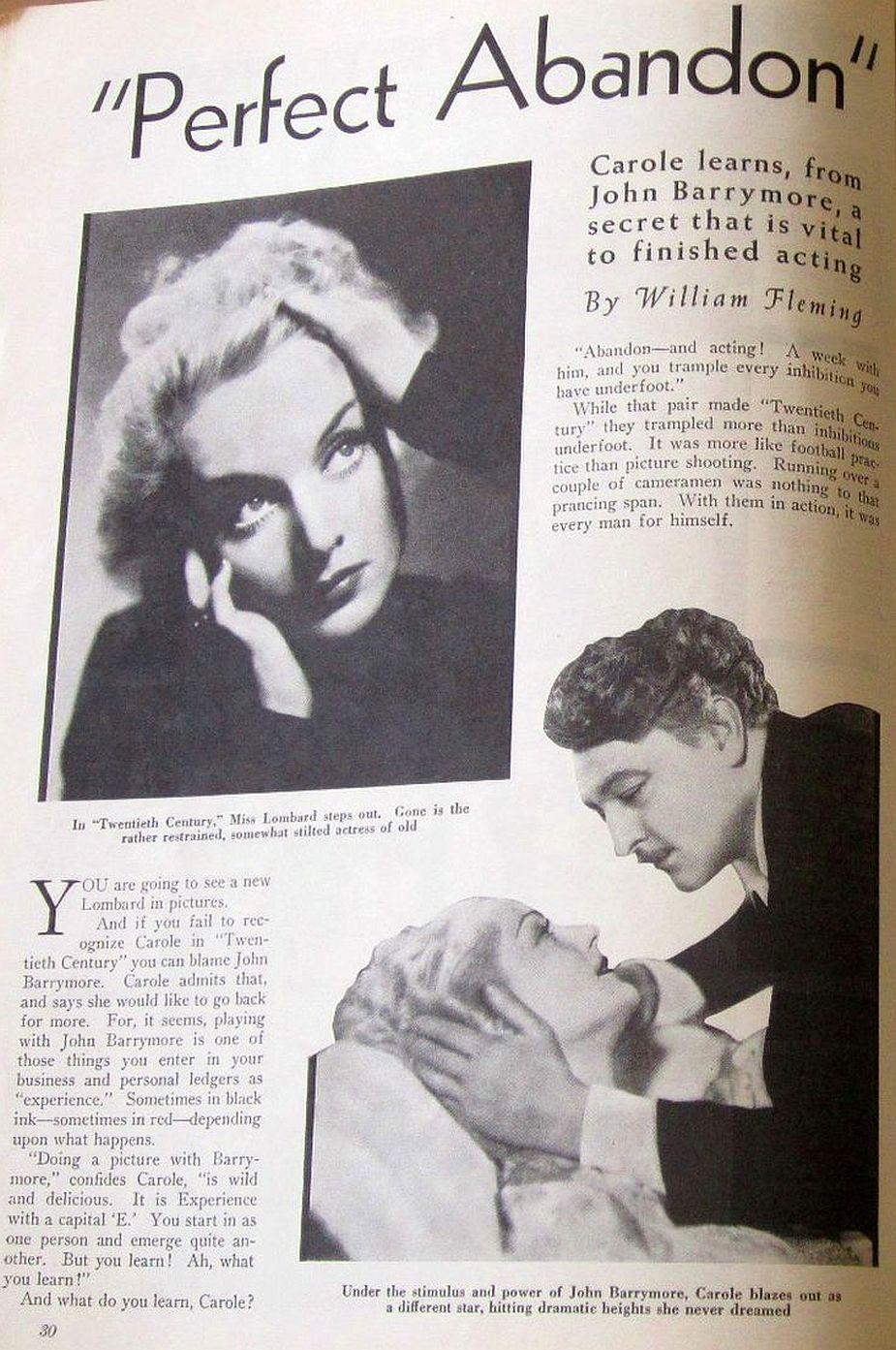 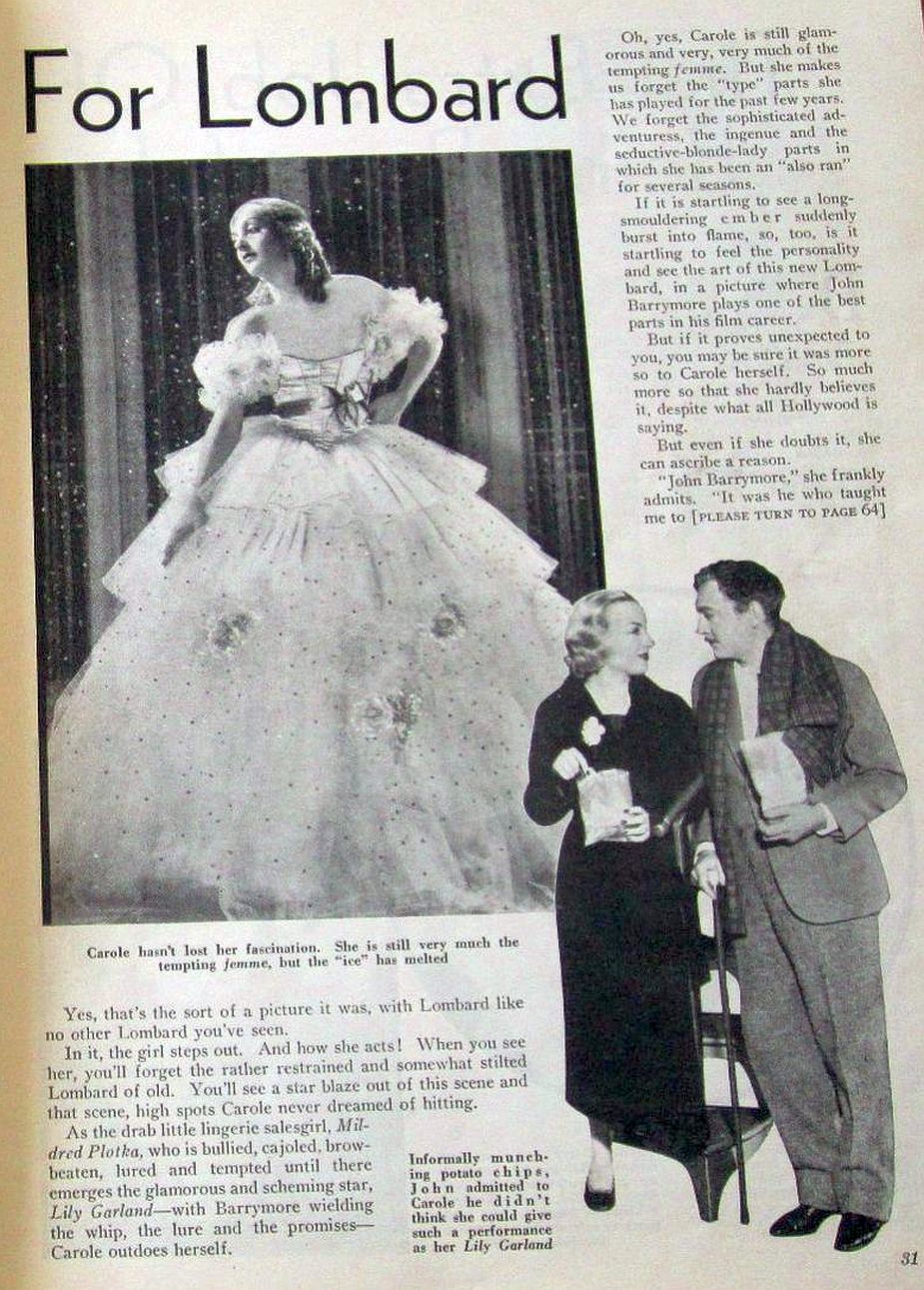 Alas, we don't have the remainder of that story...but you can help us with that. (More later.) Lombard also appeared in a two-page Lux soap spread, "conversing" with Cupid (http://carole-and-co.livejournal.com/345666.html): 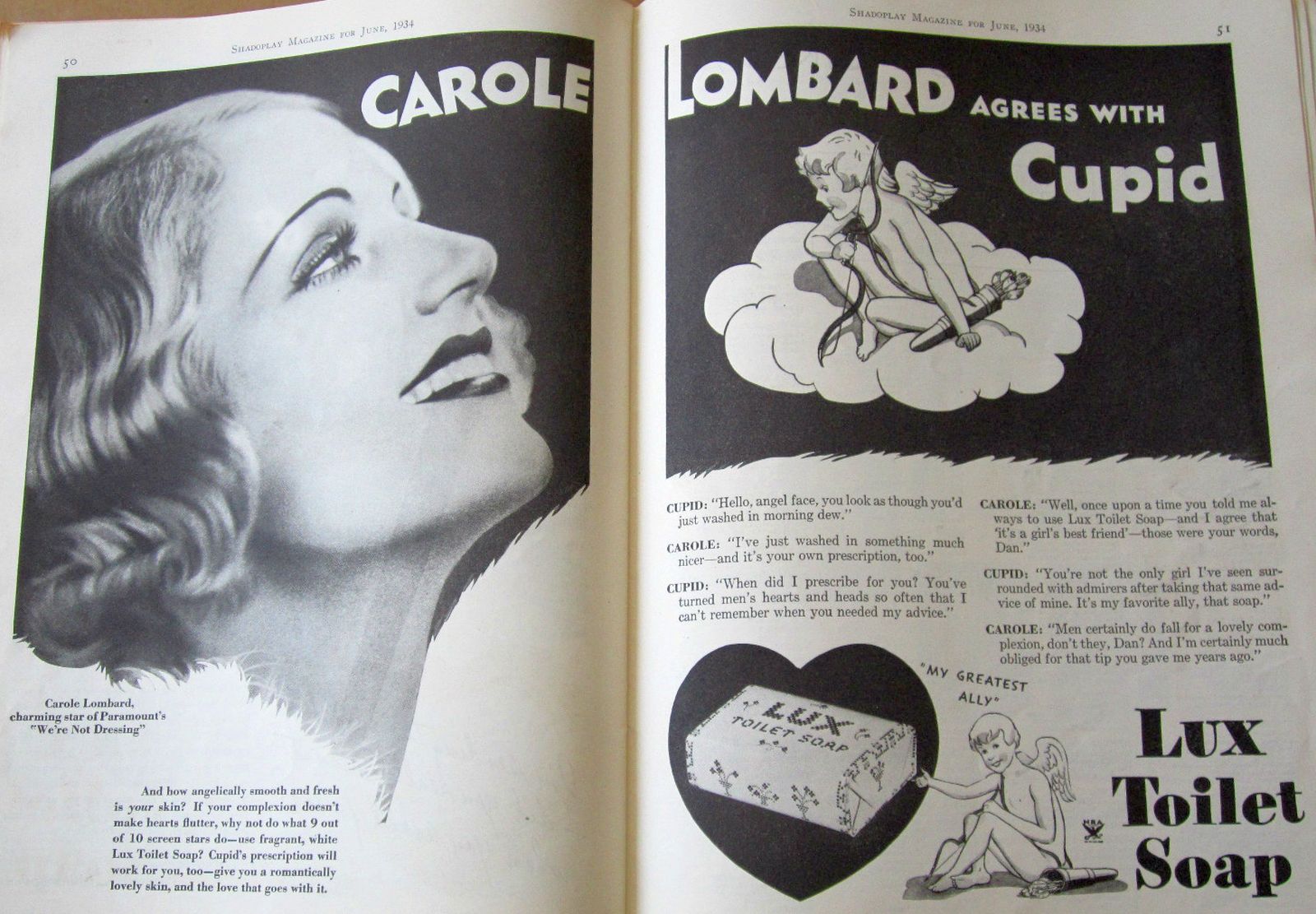 What else does that issue feature? Well, if you turned past Loretta on the cover, you'd see an ad for Listerine, followed by a rather charming photo of Mae West advertising her upcoming film, "It Ain't No Sin." (Never heard of it? That's because Paramount changed the title to "Belle Of The Nineties" in the wake of a more stringent Production Code beginning that summer.) 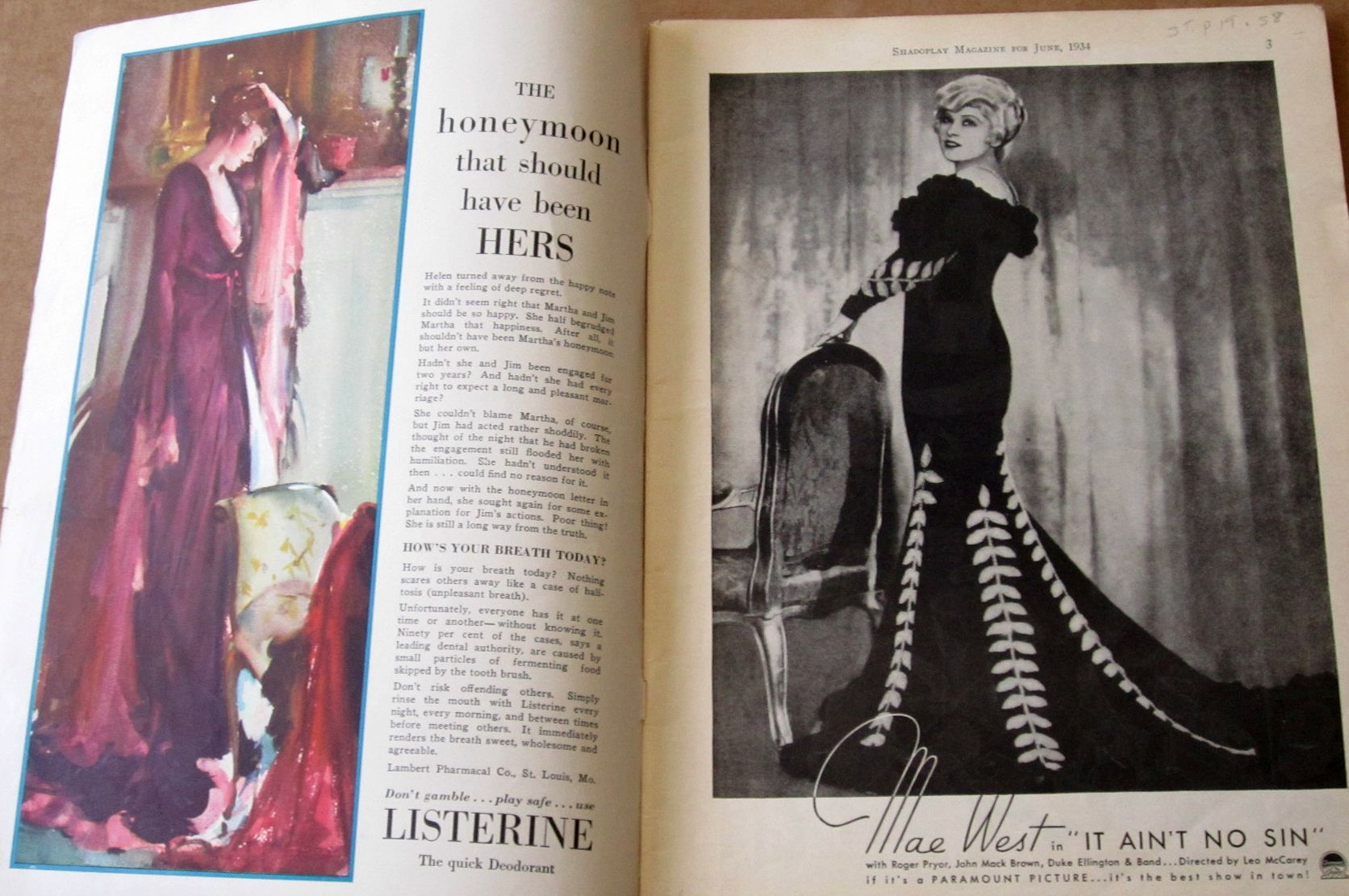 West may have been known for her sex appeal, but for a truly seductive portrait, take a look at this smoldering George Hurrell image of the newly-renamed Ann Sothern (formerly Harriette Lake), a far cry from the brassiness of her future screen character Maisie: 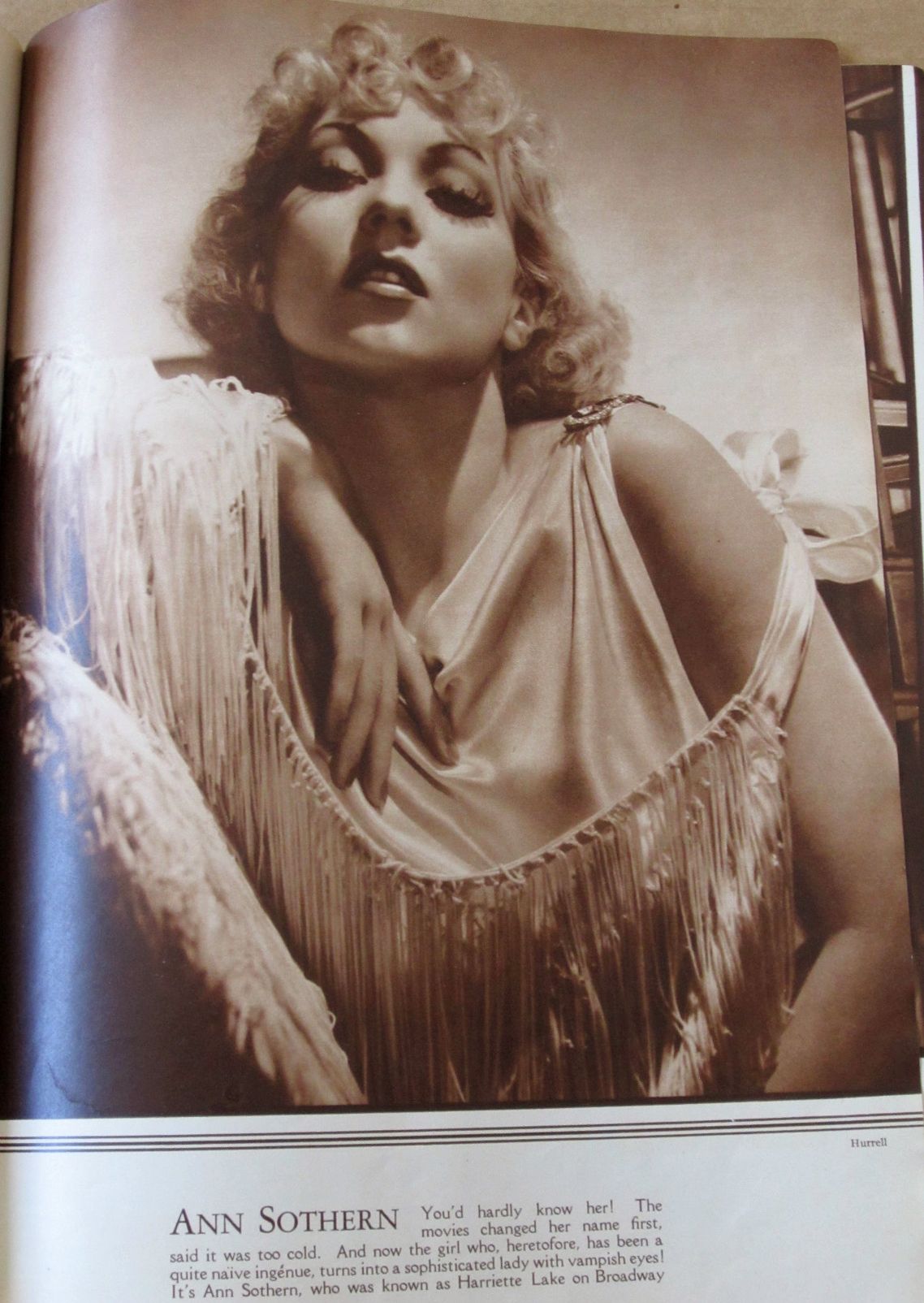 And finally, a rather weird twosome on facing pages -- Lupe Velez on the left, Jimmy Durante on the right: 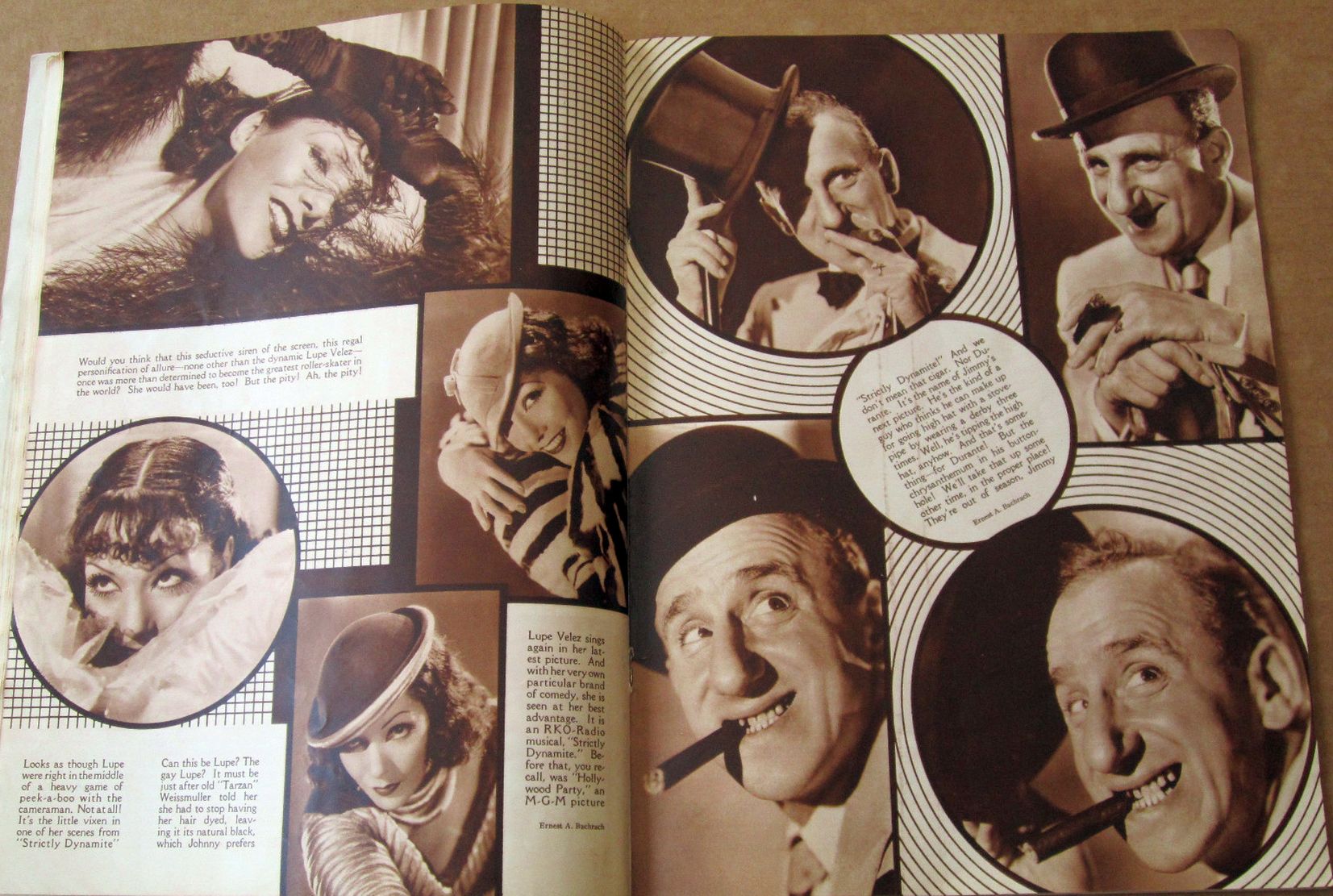 "Carole of the curves" returns, so to speak, in our latest Lombard LiveJournal header, Paramount p1202-95.
Collapse