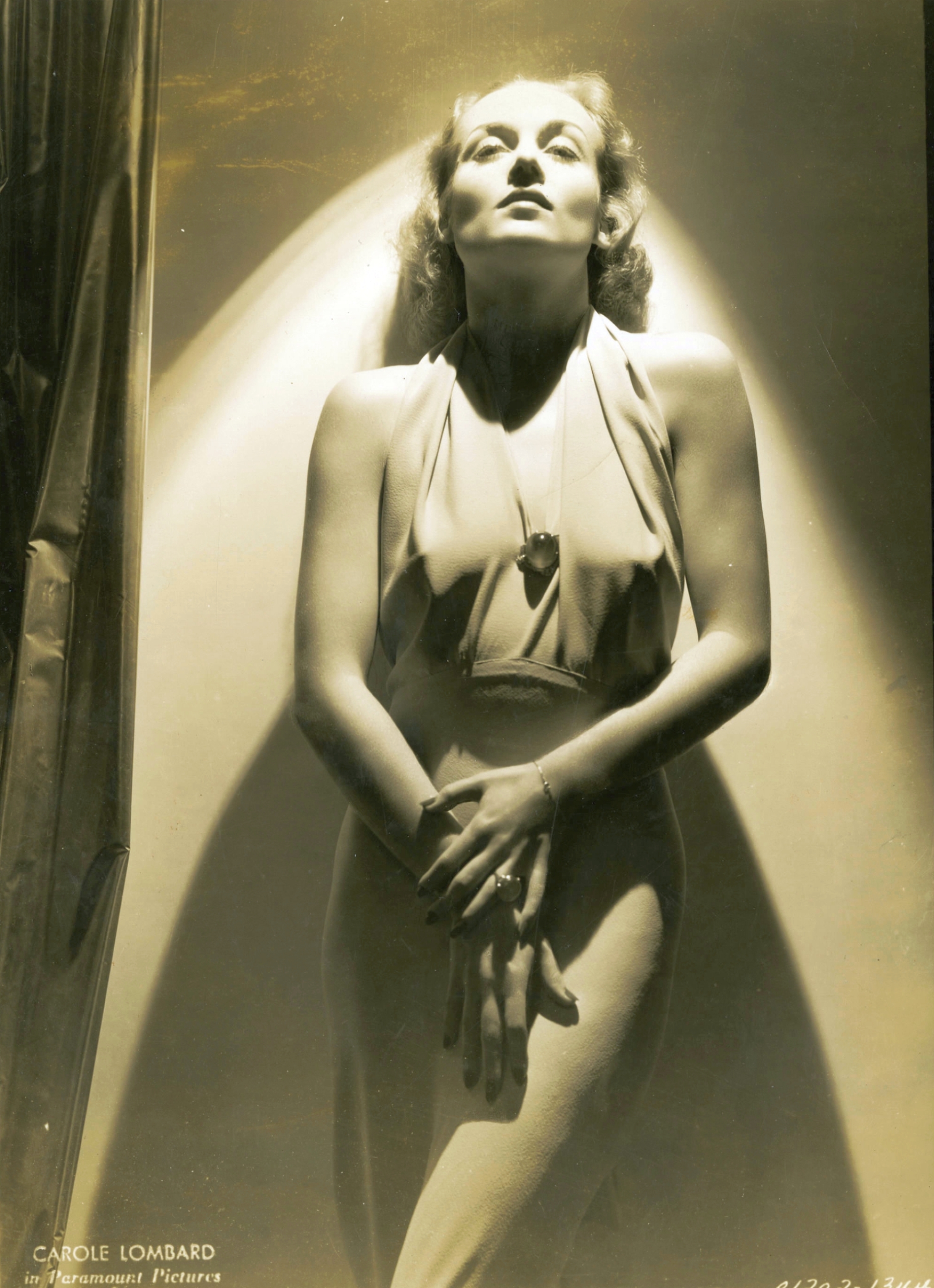 We're well aware of how Carole Lombard so magnificently conveyed glamour. Now, here's your chance to prove it to the world.

A Yahoo group, "Glamour Girl Survey" (http://groups.yahoo.com/group/glamourgirlsurvey/), is conducting its 24th all-time glamour girl tournament; there are 25 contestants in this event, and Lombard happens to be one of them. We'll tell you her rivals shortly, but first, here's how the tourney works:

It's done through two polls. In the first, you choose which one of the 25 "you most prefer for beauty of face
and figure, glamour, and sex appeal." Your choice gets three points. In the second poll, you can vote for as many of the 25 as you wish; each gets one point. The top nine of the 25 advance to the next round.

Many of the contestants are from the pre-1960 era. It's a fairly eclectic list, ranging from actresses to singers, Playboy Playmates, even a First Lady. In addition to Lombard, the group includes:

Curious about what some of them look like? Go to http://groups.yahoo.com/group/glamourgirlsurvey/photos/album/1598148773/pic/list, but please note it's not safe for work.

In order to vote, you'll have to become a member of "Glamour Girl Survey 3" (http://groups.yahoo.com/group/glamourgirlsurvey3/). The polls close June 7 (next Friday). 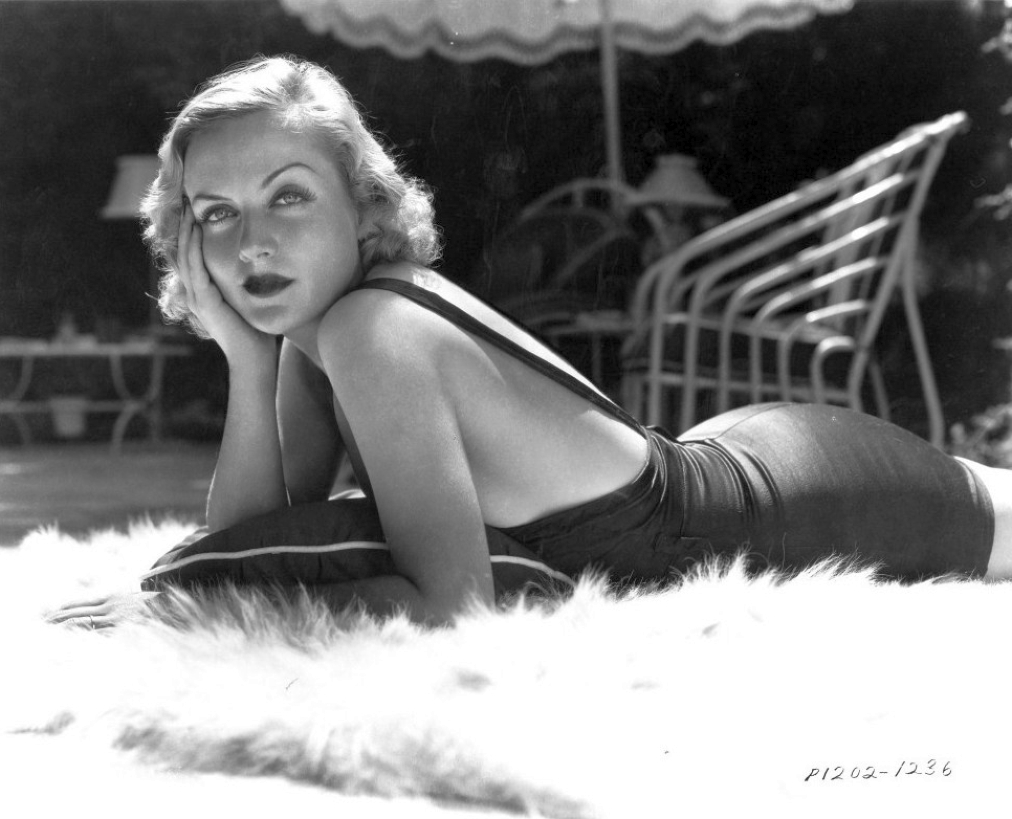 As of this writing, Carole has four votes in the first poll, placing her third (Elizabeth Taylor has 10 votes, Elaine Reynolds seven). In the second poll, where you can vote for more than one candidate, Lombard is tied for eighth with Esther Williams (each has 16 votes). Taylor leads this category too with 34 votes, followed by Irish McCalla of "Sheena" fame with 26, Reynolds with 23, Joy Harmon and Virna Lisi with 20, Linda Darnell with 19 and Suzy Parker with 17.

Let's see if we can at least get Carole into the top nine. She's up to the challenge; are you? 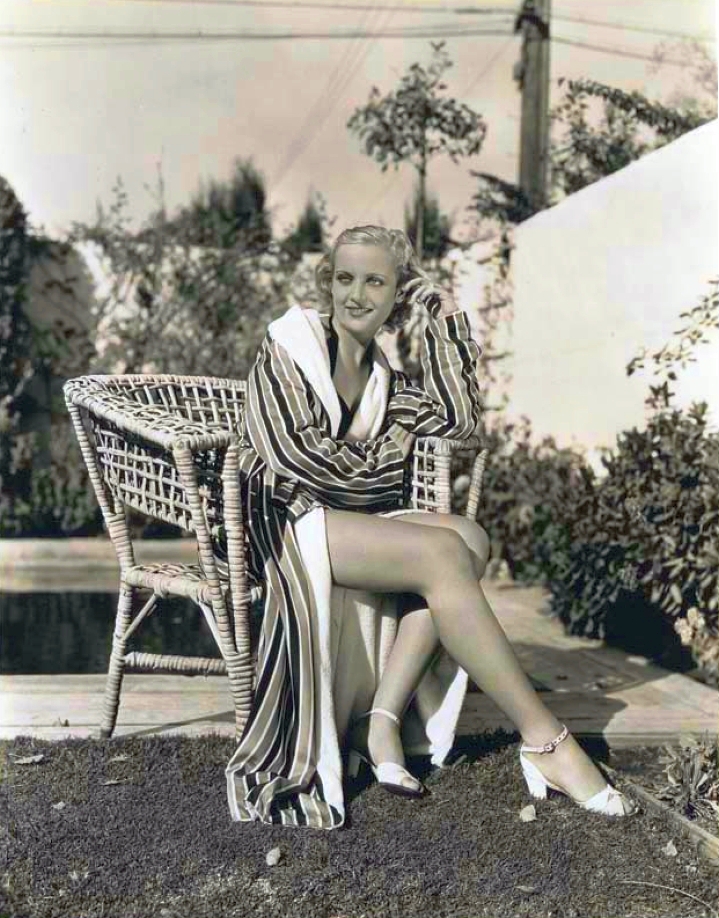