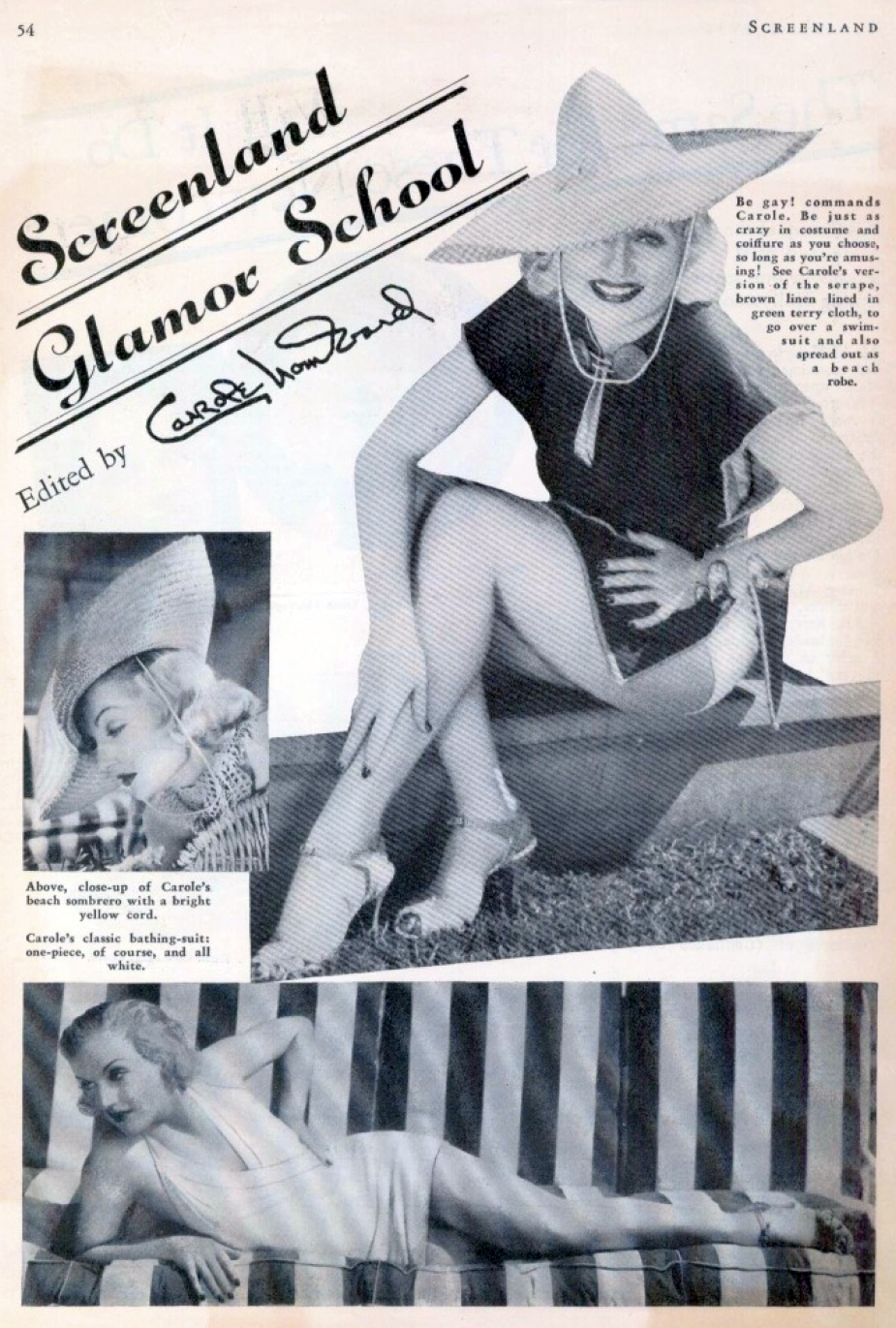 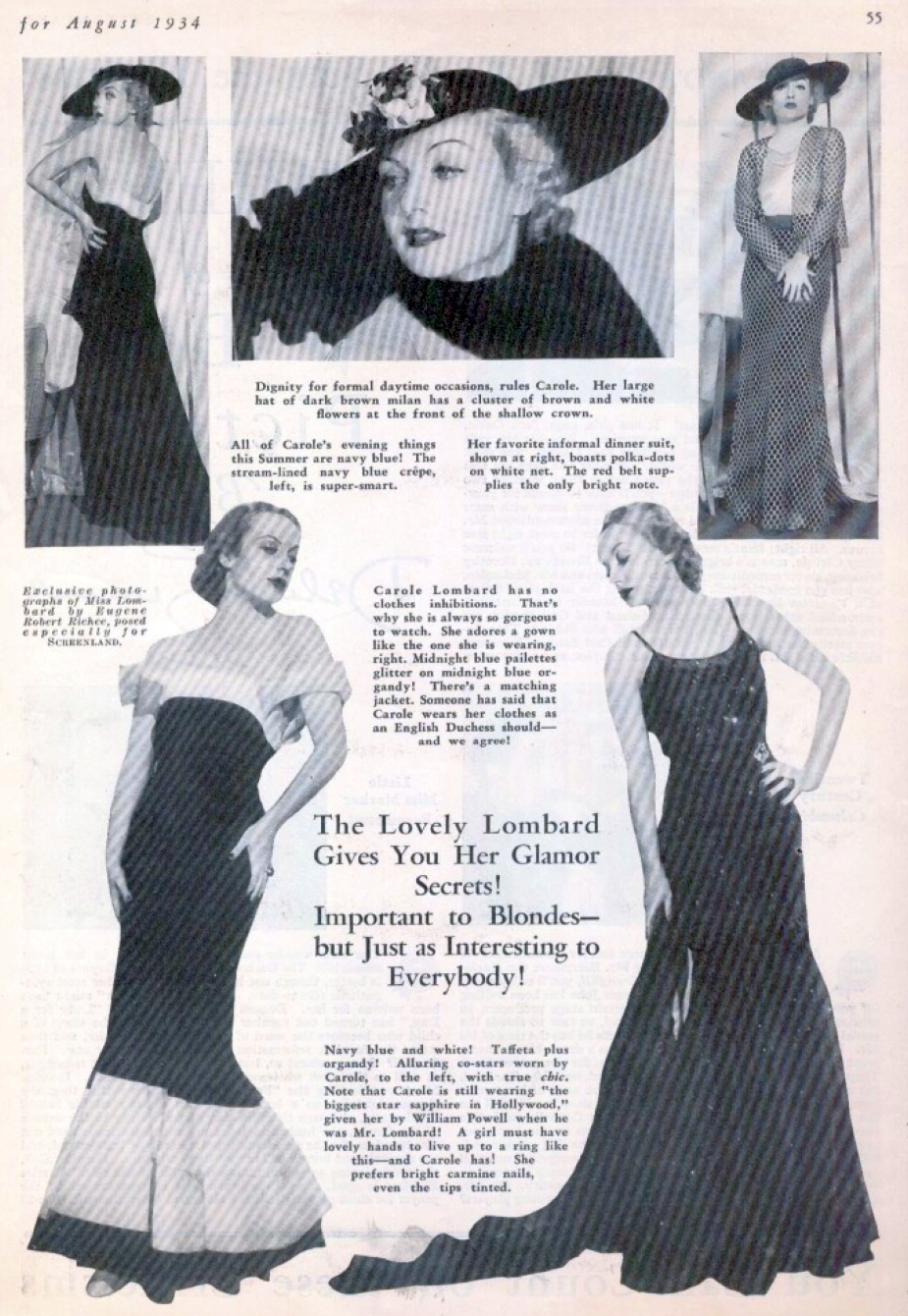 Nearly two years ago, we ran a two-page "glamor school" spread said to be "edited" by none other than Carole Lombard (http://carole-and-co.livejournal.com/429455.html). Now the magazine that article appeared in -- the August 1934 issue of Screenland -- is being auctioned at eBay.

That's not the only place in that issue you'll find Carole; she's one of the film beauties discussed as a modern-day rival to the legendary Venus de Milo: 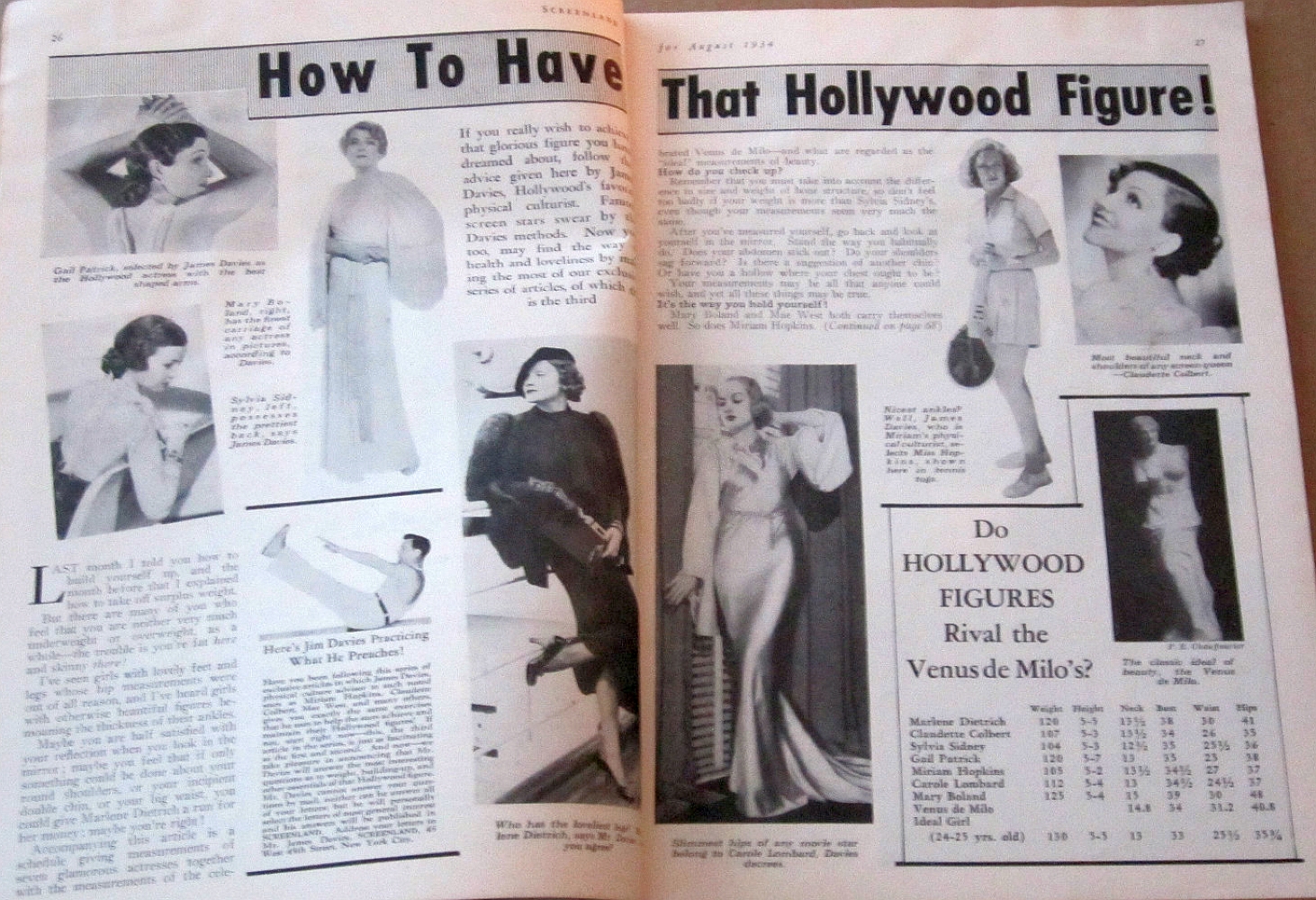 Inside, ex-husband William Powell and Lombard's good friend Kay Francis engage in a mutual admiration society, at a time just before Myrna Loy was to succeed Kay as Powell's best-known on-screen partner: 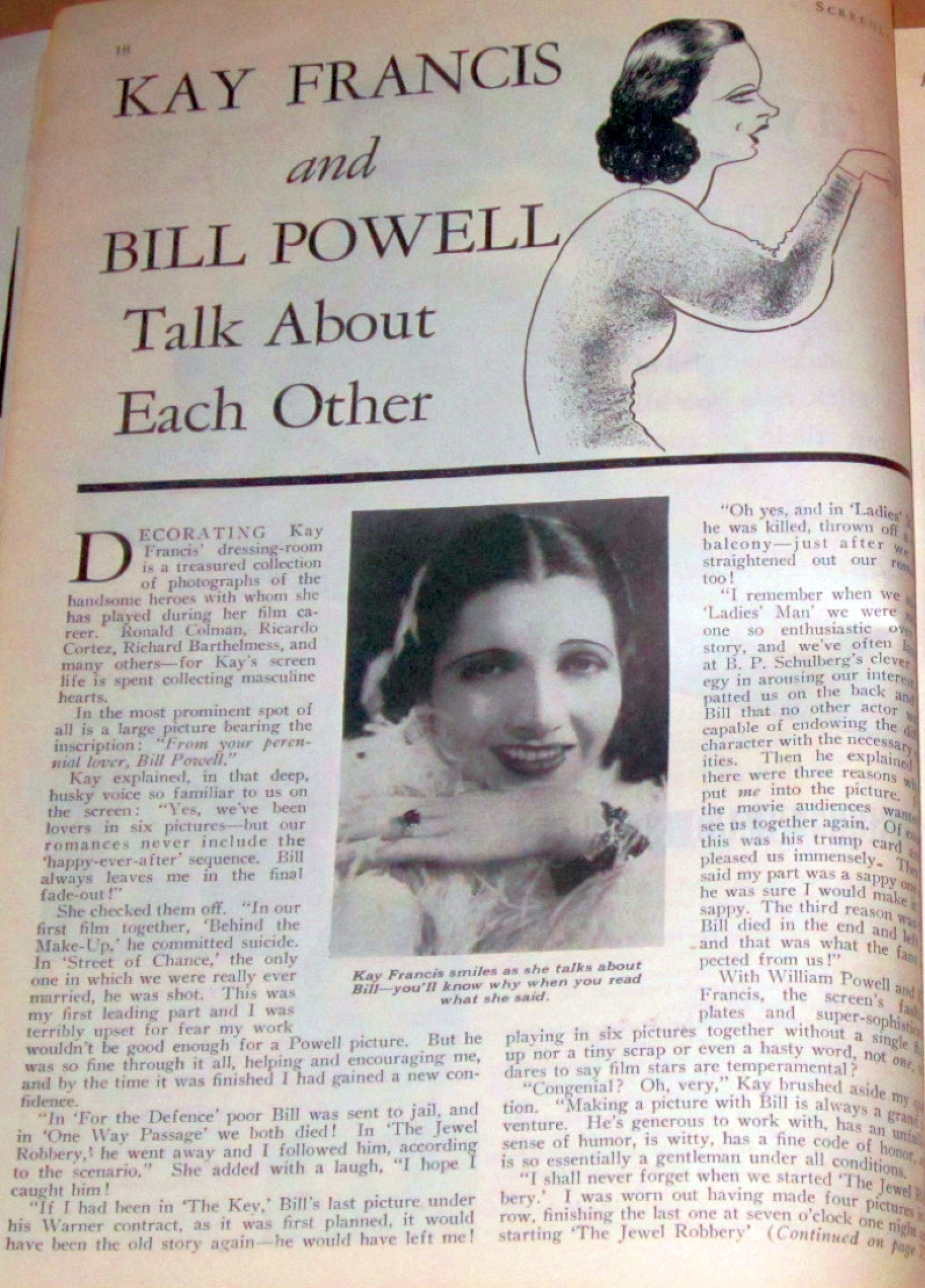 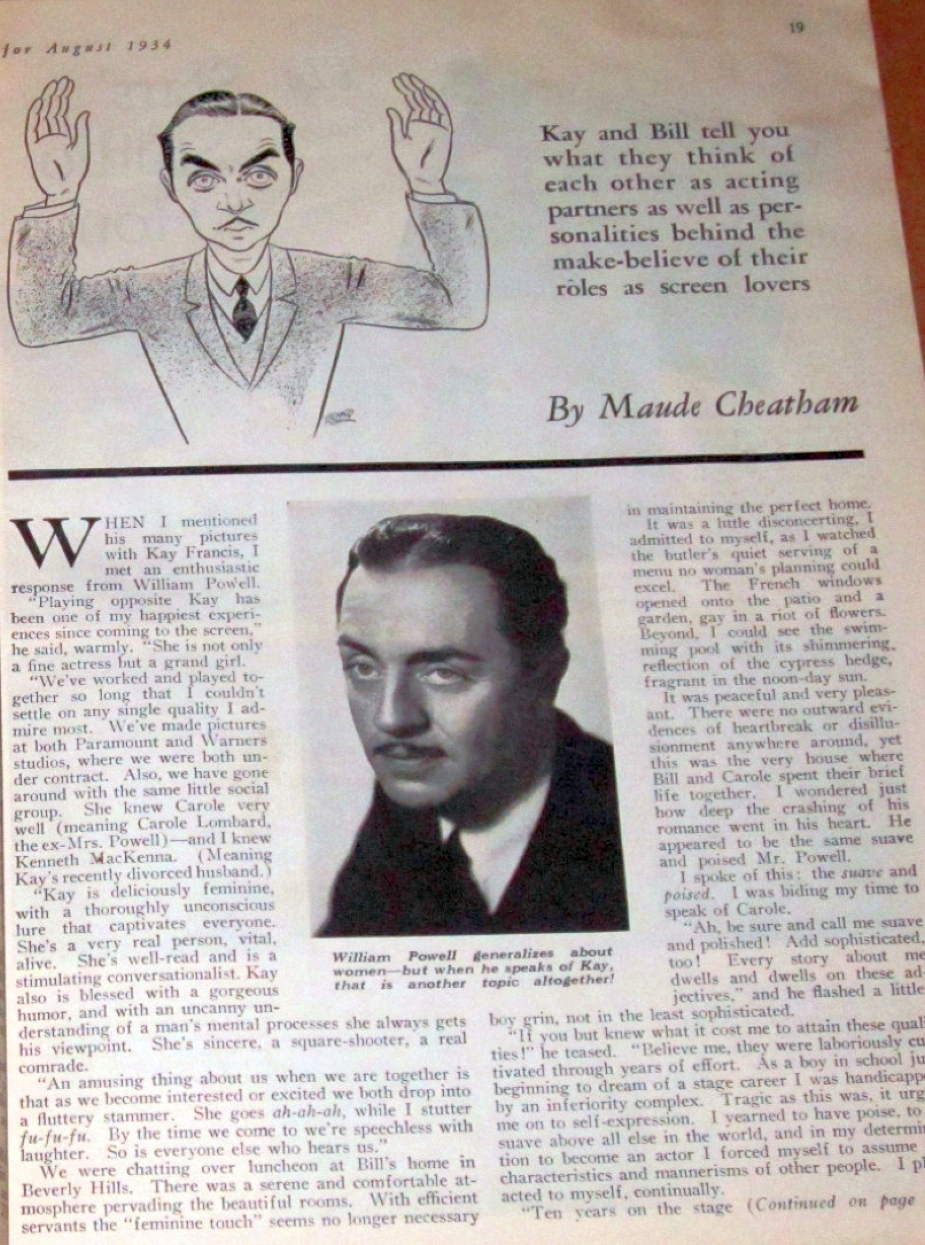 And the cover features the lovely Mexican star Dolores Del Rio, with artwork by the famed Charles Sheldon: 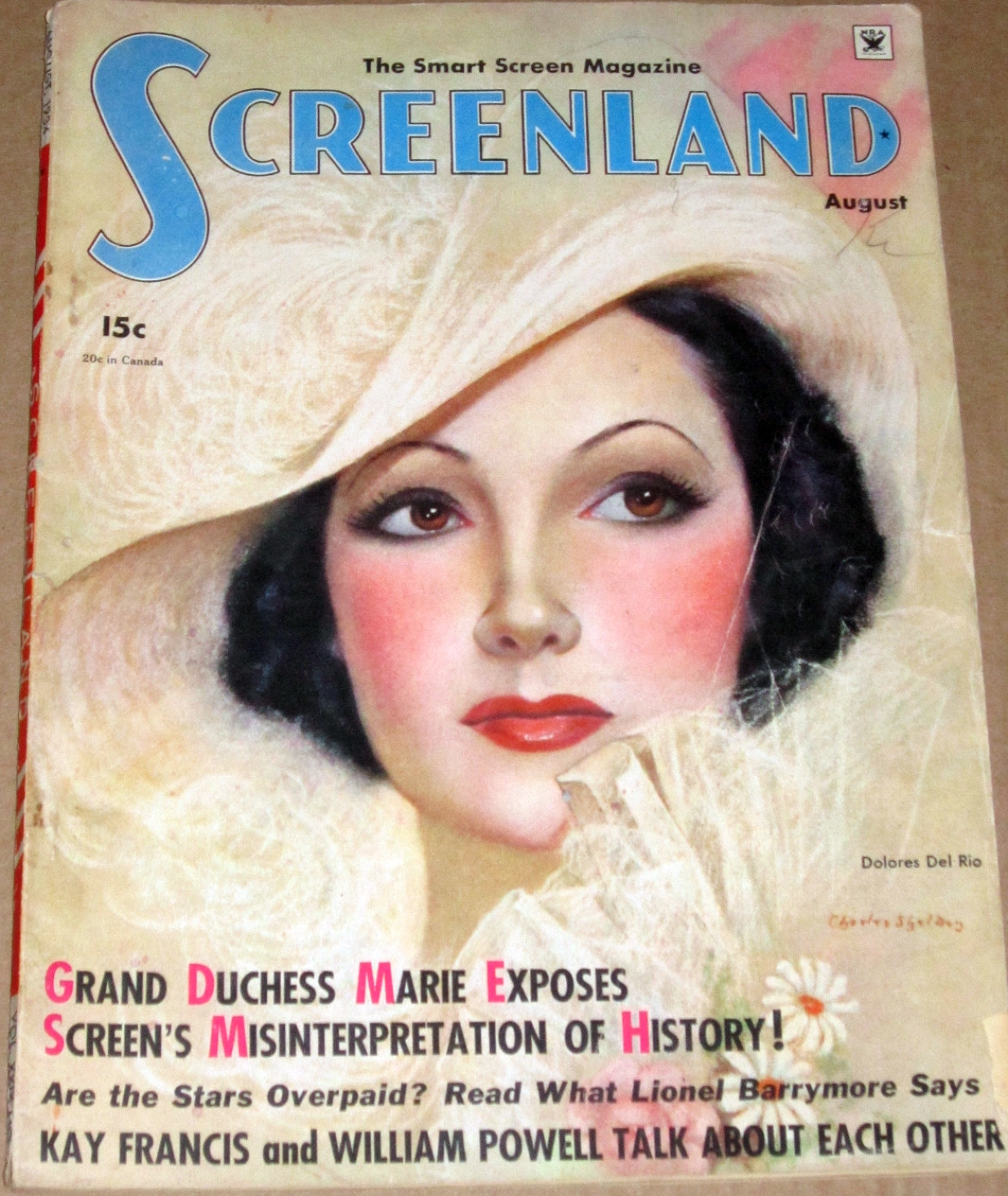 The magazine is listed in "acceptable" condition; there are some blemishes, wear and minor cut-outs. One bid, for $8.99, has been made as of this writing, with bids closing at 8:57 p.m. (Eastern) Friday. Learn more by visiting http://www.ebay.com/itm/Dolores-Del-Rio-cov-1934-SCREENLAND-Carole-Lombard-Burns-Allen-Claire-Trevor-/310678433955?pt=Magazines&hash=item4855e0b0a3.
Collapse